Ever wondered what life as a retiree feels like?

Just Die Already is a physics-based sandbox game. The entire lore behind this game revolves around the life of an old person living in a retirement home. The game was created by the same people that designed Goat Simulator which is another well-known physics-based game.

Here is some gameplay of Just Die Already!
Got to escape the retirement home!

The gameplay is pretty simplistic but it feels sharp and very well thought out.

World and mission design
The world design really reminds me of POSTAL 4, you do have a decently big city with multiple areas and locations for the player to explore, keep in mind that there is a lot of vertical exploration as well. I haven’t seen that vertical aspect in many other games, especially in physics-based ones. Missions are not designed in a traditional way. After spending some time within the game a list of goals or targets will be presented to you. You can complete a variety of these missions by trying different stuff throughout the city. After successfully completing the missions a small notification will pop up and you can then claim your reward which usually is an item that you can buy in one of the many vending machines scattered within the city or a small JDA ticket.

Gameplay mechanics and online mode
Being a game that is all about weird ragdoll physics you can expect all of the wonky and funny things that these games offer. The controls are pretty basic but I would recommend everyone to use a traditional Xbox controller as the controls felt much more natural while using a controller and that got me used to the game a lot quicker. What I liked was the fact that you can interact with almost any object ranging from simple bricks and items to legit gravity weapons. You can find some of these high-tech/magical weapons by exploring the map. Lastly, you can interact with some NPCs scattered throughout the city, nothing amazing happens after talking to them, but usually, you’re able to find some golden keys to unlock some doors close to the NPCs. Sadly, the magic of this game rubs off just after a couple of hours. There aren’t any rewarding missions to say simply that will engage the player and make him stay connected to the game.

The online mode is in my opinion a very important mode for more content. Content and interest per hour is in my opinion the biggest weakness of this game genre. With the online mode, you do get more value out of this game as the mechanics help cooperative or versus online modes. The online portion of the game is active as I have played some games with multiple players which is surprising for such a game. Keep in mind that the game offers crossplay. 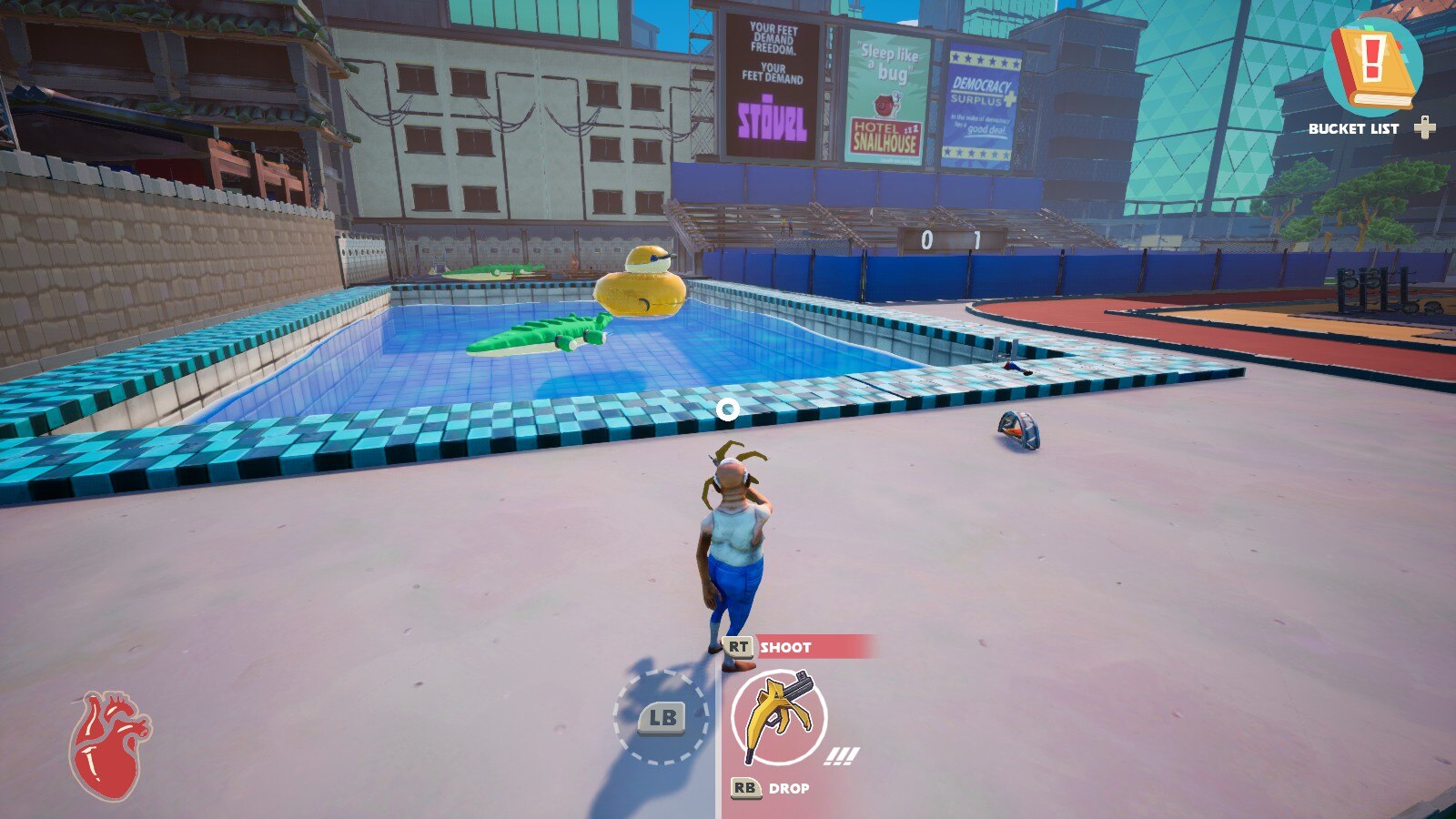 The game doesn’t really offer much of a story, you’re an annoying old person stuck in a retirement home, after escaping you start completing your “bucket list”. As previously mentioned, you do have many instances where you have small conversations with random NPCs. There are some secrets that you can look into by exploring but other than that you don’t really get a fully-fledged out story which is totally understandable. 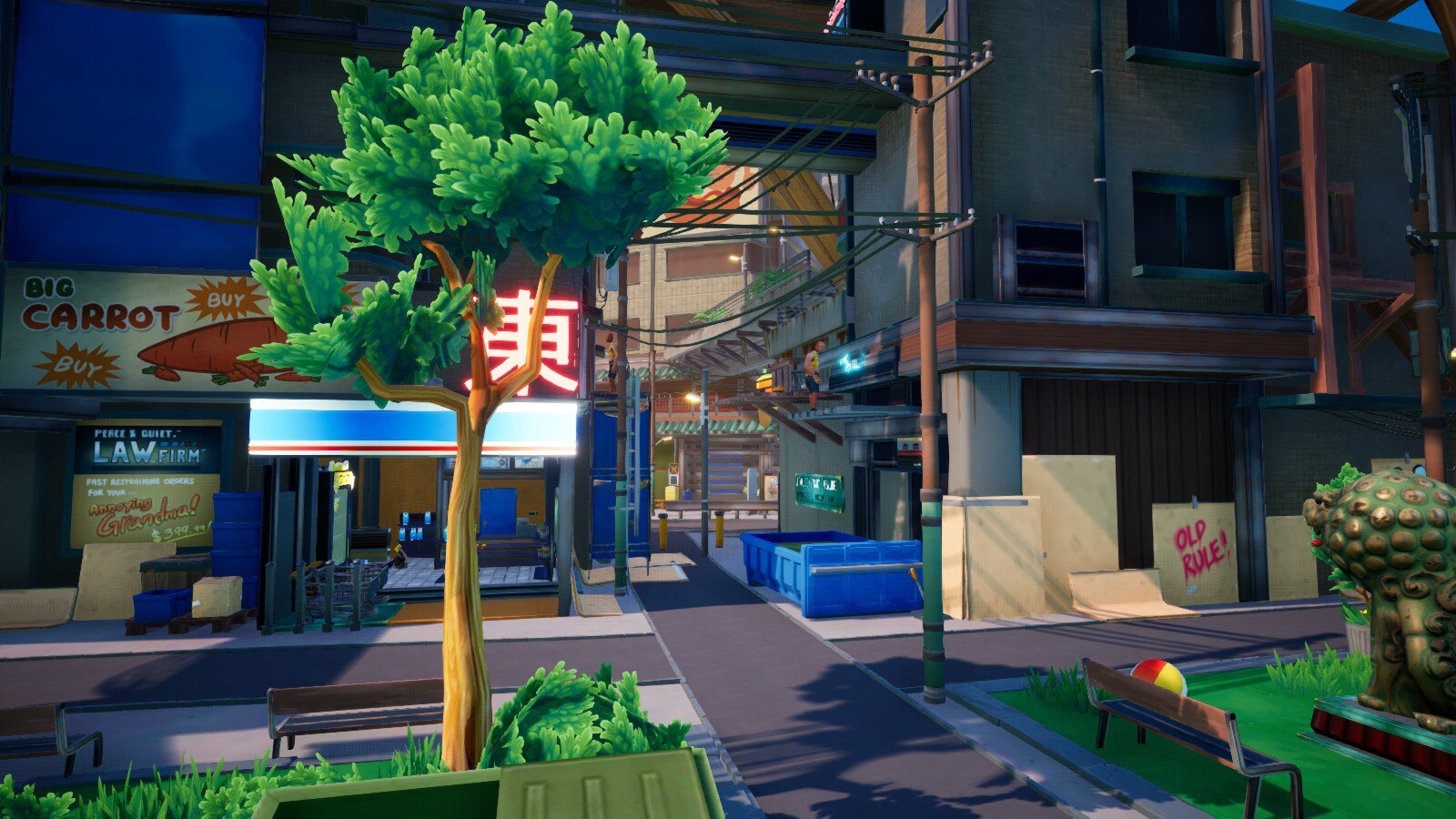 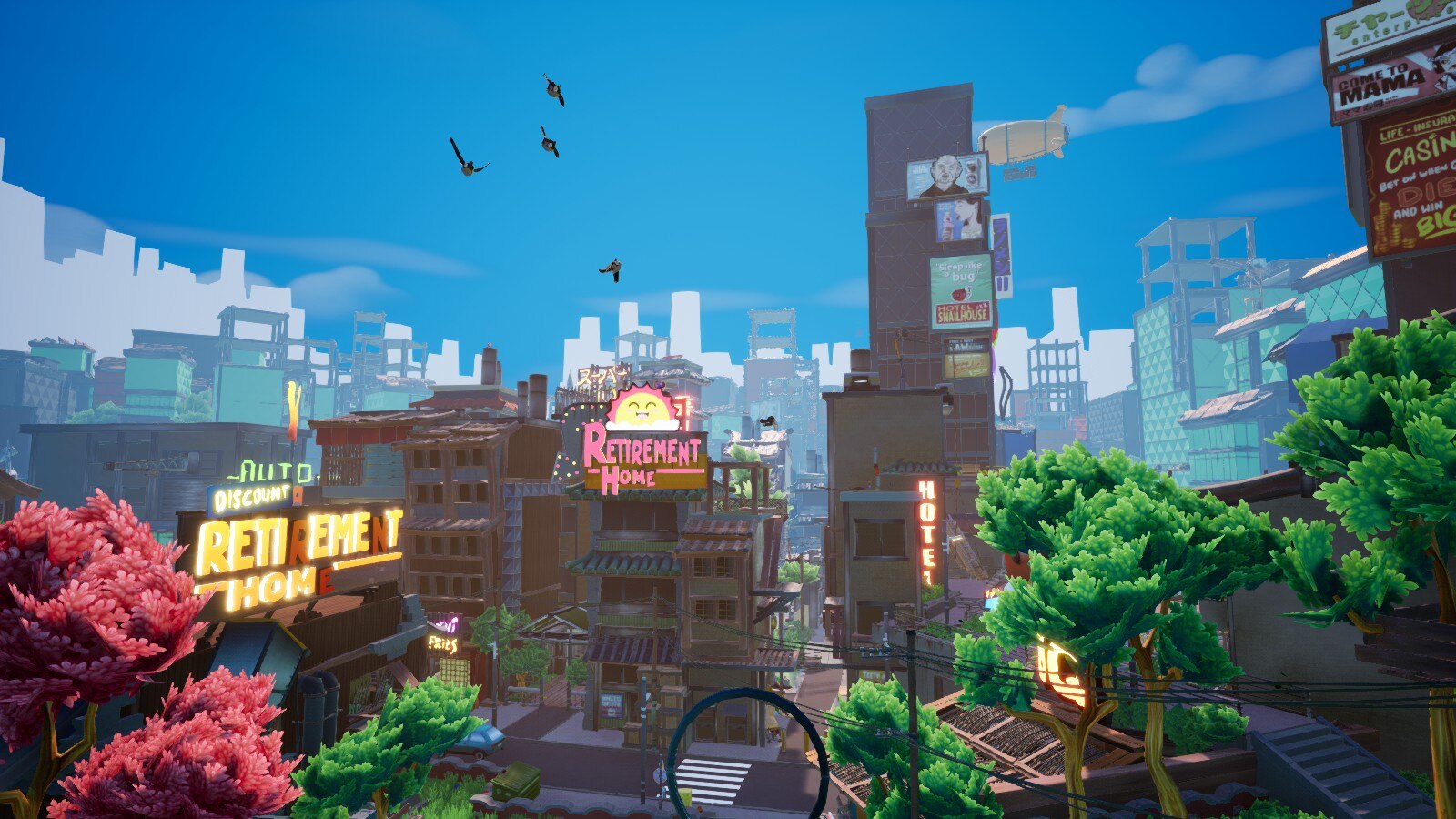 Audio / Soundtrack:
The audio is pretty basic, you get a plethora of background noises of various humans, cars, and other objects that do make sounds. The entire sound model is cartoony to match the setting. The soundtrack is playing on radios located in the city. It is a cartoony-sounding loop. 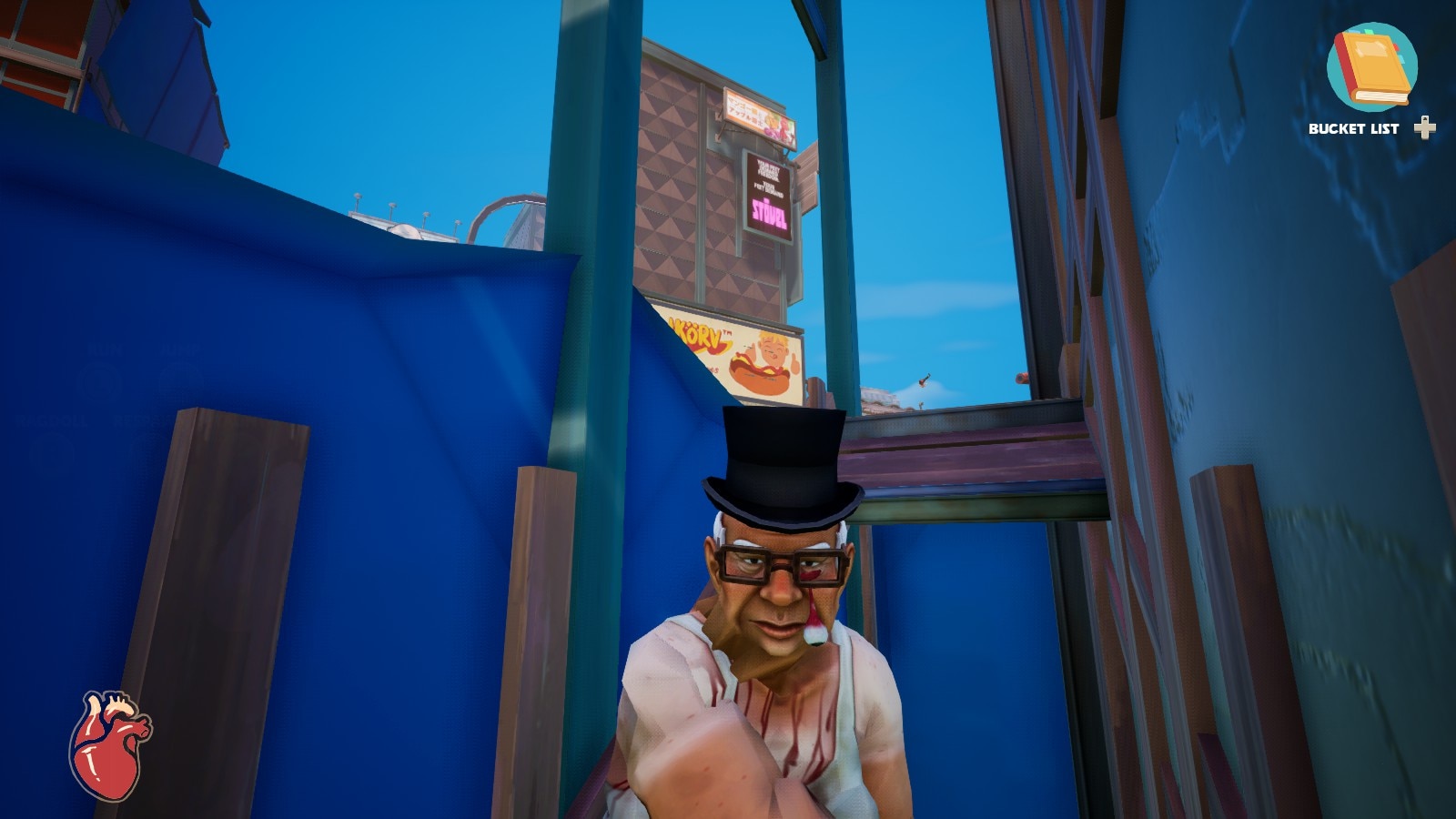 Just Die Already is a fun physics-based sandbox game with a hilarious setting. There is a lot to explore and interact with, the addition of online mode, as well as a PVP mode, save this game from the universal issue that games like these suffer from, they are getting tired after just a couple of hours simply because there isn’t any goal, you feel as if you have done everything. Although this still is true in Just Die Already the devs added all of these modes to suppress this issue. I would recommend grabbing this game when it’s on sale.