After a short wait, the Finale of this saga comes to Steam.

This Is the Last Cold Steel Game, I Swear

Well, here we are. After three systems, four ports, and two publishing companies, every game in this quadrilogy is available both in English and on PC. In fact, as of a few days before this review every game in the whole Trails series but one (well, two as of this September) is available in English. But how is this specific game? There’s already a review of IV up on Save or Quit of course, but this one will focus on the PC port and my personal perspective.

Now as you’ll remember from the end of III (and I’d hope you played it, if you’re looking at a review for the sequel), a whole lot of bad things happened in a row, probably the most unlucky Rean has been in his whole series and that’s saying a lot. Much like the plot of II this leaves the protagonists to pick up the pieces in the aftermath, but with the twist that Rean himself is out of commission at first, leaving his students in the role of protagonists at first. I like this, since after him helping them through character development in the previous game, now they get the spotlight on their own.

A lot of things in IV are also evocative of II. Instead of chapters you have three acts, each with multiple segments that form a story arc. You also have more freedom to explore the world, as you’re not at the academy and there’s not such a rigid formula to work within.

And more than anything, the game does a lot with continuity from the last. You’ll pass through a lot of the same areas you did in III, but re-contextualized, since in this game Erebonia is on the cusp of war. Some townspeople you met will have been drafted, some have had their livelihood affected by the swing in the economy, and some have given in completely to propaganda. It does a good job making what should be familiar areas feel strange and your party seem like outsiders. 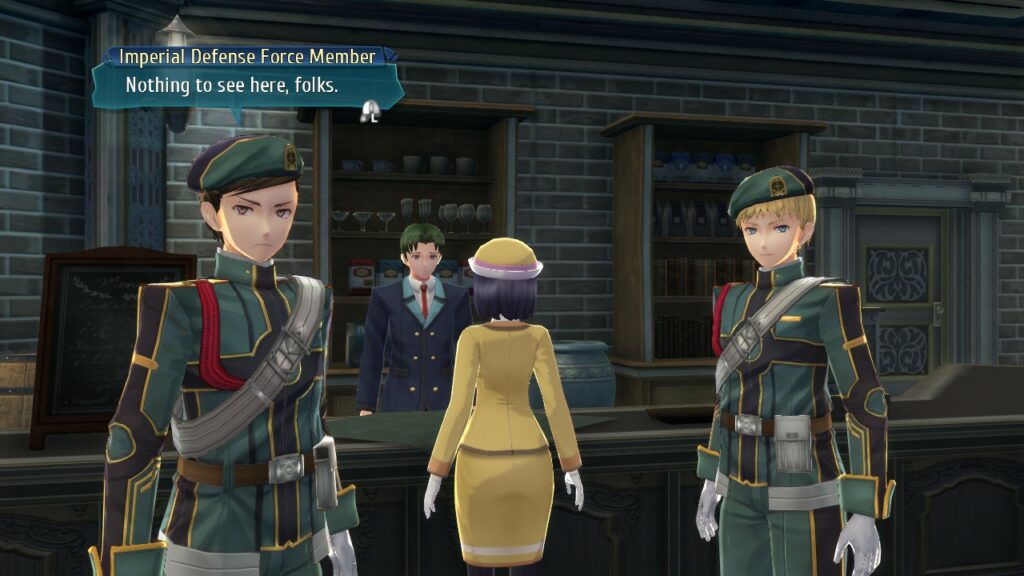 As for the actual gameplay, the battles have kept the general formula as the past three, and the new mechanics present in III. There are some tweaks, though: Break damage boosting has been nerfed by a significant amount across the board, since the easy stunning that allowed let players cheese bosses by letting them have as few attacks as possible, something that probably sounds familiar depending on how cheesily you played the first two titles. Orders in general are also a bit weaker, justifying hunting down challenge fights in chests scattered throughout the world to power them back up to par and then-some. In your favor, the Quartz system has been changed to allow any number of characters to use the same Master Quartz in their support slot, whereas before only one character could take advantage of their bonuses and Arts. And as usual with cliffhangers like this in the Trails series, your characters level up past where they ended in the last game, giving them new skills. 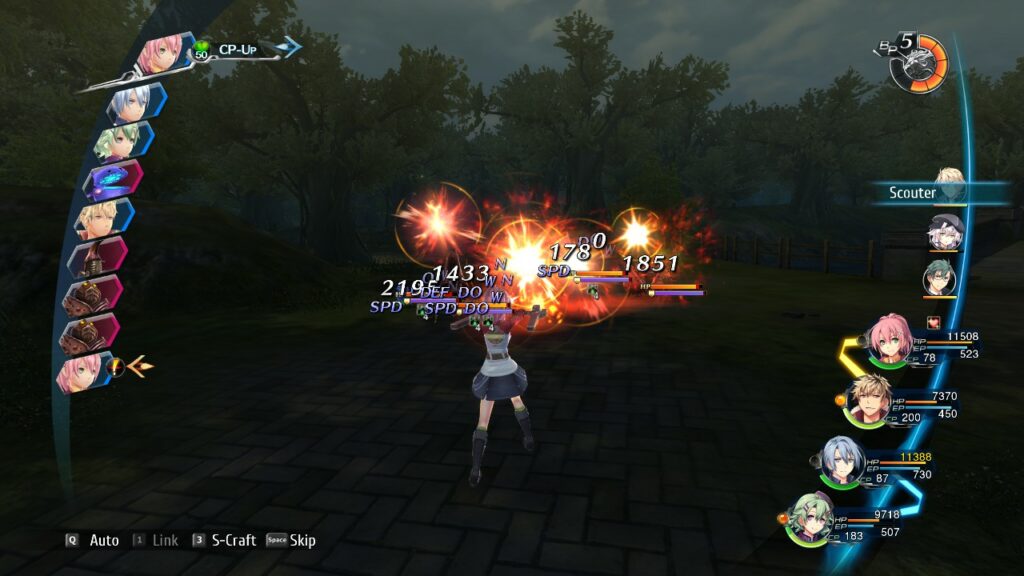 Now, what are some possible flaws in the game? There are a few subjective things, such as a lot of dialogue and something of a slow pace toward the beginning, but anyone who finished III and especially anyone who finished other games in the series probably won’t mind those. And as I mentioned the battle system is more or less identical in this game, with the same difficulty levels available as well, so anyone who simply wants to finish the game should have no trouble doing so.

What’s a bit less subjective, I think, is how big the case has gotten up to this point. If you’ve played III to completion you’ll be familiar with how many characters are present in that game, since it brings in figures from the games before the Cold Steel titles. That doesn’t stop with this game, as from the prologue you’re introduced to Estelle Bright, the protagonist of the Trails in the Sky games set in Liberl, as well as Lloyd Bannings, the protagonist of Trails of Zero and Azure, both set in the city of Crossbell. You heard them mentioned and saw them respectively in the last game, but now they’re fully playable and bring along some of their supporting cast – and the impact of this being the case after so long probably won’t be felt as much if you’re coming in new.

This also causes something of a problem mechanically, depending on what kind of player you are. You start IV with almost all the characters you went into the final dungeon of III with, and while at the start it does limit your party for excursions, in-between those in the hub you can go into the menu and see you have more than ten. This is in a game where you only have four people in a fight at one time, and while knowing you’ll have even more as the game goes on. The prologue alone introduces five characters that are almost all new party members for this series who you know will be on your main party eventually, and that certainly isn’t the end of it. So if you’re the kind of player who likes to try to use party members equally, you might be in for a rough time.

Lastly, this is more a personal flaw, but I was disappointed to learn that some English voice actors for characters from the past few games were unfortunately unable to return for this one. This includes those for Laura Arseid and Chancellor Osborne, major characters who have been around since the first entry of the quadrilogy. I certainly wouldn’t say the new actors for them are bad, but it would be difficult for any actor to step into a role that’s been played by someone else three times without it feeling off, and it does here. Obviously why these actors couldn’t come back isn’t anything but their own business, but it is still a blow considering XSeed and even NISA managed to keep continuity in that regard almost perfectly, and even have in this game.

Overall these flaws are minor, however, and I would say the game keeps up the level of quality the Cold Steel titles and Trails in general have more or less kept up consistently since inception. The PC port also matches that of the last three, so anyone that could play through III can do the same here. Overall I give Trails of Cold Steel IV a Save.