An overwhelming amount of bugs united with several game design issues, completely obliterate any enjoyment one might have from Open Country, despite it having some good elements as baseline. Hard pass.

Open Country (OPC) is a third-person, open-world survival / adventure that focuses on wild game hunting. Players impersonate an average citizen, that got tired of the chaotic urban environment, and sought a more peaceful time out in the wild. After meeting a friendly tavern-keeper that introduces them to the area, they’ll start on their path to understand all the secrets of bushcraft, hunting and outdoorsmanship.

Three extensive areas, each with their own flora and fauna.
The three available biomes (rocky, snowy and hilly-temperate) have very large maps, rich in points of interest to discover, collectibles and of course a bounty of animals to hunt, plants to scavenge and the occasional challenge as well. Traversing such areas in the search of bigger game or mission objectives feels rather realistic (for once), as it takes time to get anywhere especially on foot, plus bodily needs have to be addressed with a plausible frequency.

Overall decent progression system.
OPC does offer a rather passable system that involves a series of “main quests” to unlock new features, vehicles, weapons and so on, other than selling acquired loot to merchants to acquire money to buy utility items, ammo, repair kits and more. Passive perks and a leveling system provide some for of long-term progression, which is worth investing time into, as they can make a serious difference.

Passable variety of items, consumables and weapons to acquire.
Multiple guns with diverse calibers eventually become available, and are best suited to hunt different types of animals. For instance, an old lever-action rifle won’t go very far against a bear, better opt for a large-caliber sniper rifle, perhaps. While for small animals or birds, a shotgun does the trick best. Herbs and plants can be helpful in crafting makeshift medicine or improve shelters, other than cooking meals. 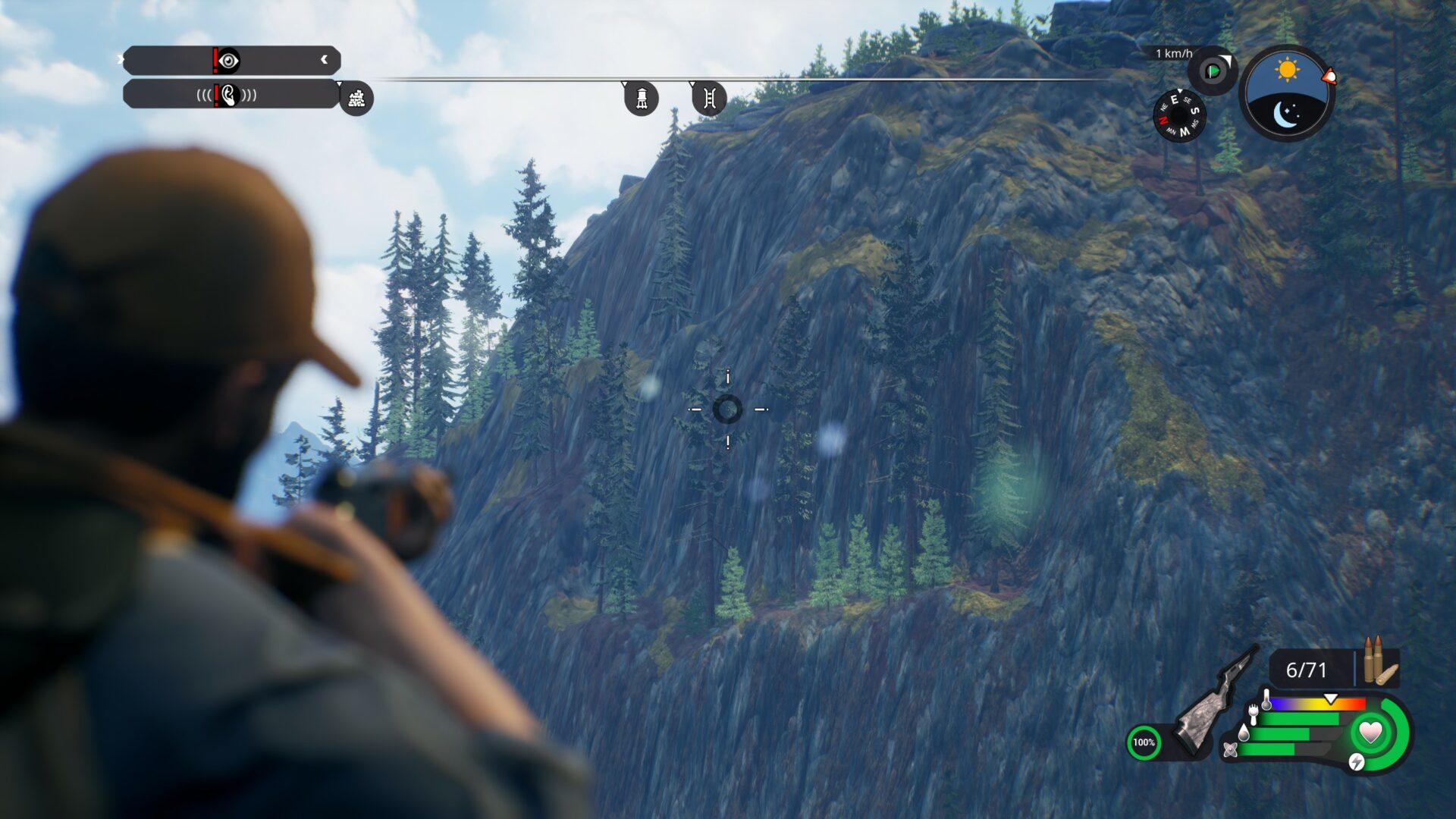 The realism-based approach, ultimately fails to deliver.
Animals not even flinching when a gun was fired less than 50 metres from them. Cougars made of titanium, capable of surviving four bullets in the head. Asthmatic characters unable to hold breath for more than three seconds, or running more than five. Cars that handle as if their tires were made of soap. The protagonist carrying entire trees in their pockets. All this and more issues, ruin the “realism-oriented” approach this game markets.

Outrageous amount of bugs and technical issues.
Random crashes, performance drops, animals straight up disappearing into thin air or inversely, spawning from nothing. In a specific instance, I had my whole progress erased after a crash! OPC has a disastrous amount of game-breaking, major and minor bugs I simply cannot list here wholly, for the sake of brevity. If I had to make an analogy, think “Cyberpunk 2077 at release” level of bugs. That says all.

Severe design flaws in multiple aspects, unacceptable for a full release.
No graphical settings, aiming with scopes being offset from the actual gun barrel, unresponsive UI and faulty keybindings are only some of the design oversights one will find in this title. Again, another disastrously flawed compartment that only sums up to the already atrocious technical situation. Part of such issues are definitely derivative of a poor console porting.

Animal AI routines are inconsistent, bizarre.
In some cases, enemy AI will simply not work as intended, either standing still after being shot, or running TOWARDS the shooter in an hilarious attempt at escaping. In others, animals just do not react to the environment: I have seen a tree fall into a lake as part of a scripted event… only for the flock of ducks standing there to not move an inch. Situations like these can be witnessed multiple times. 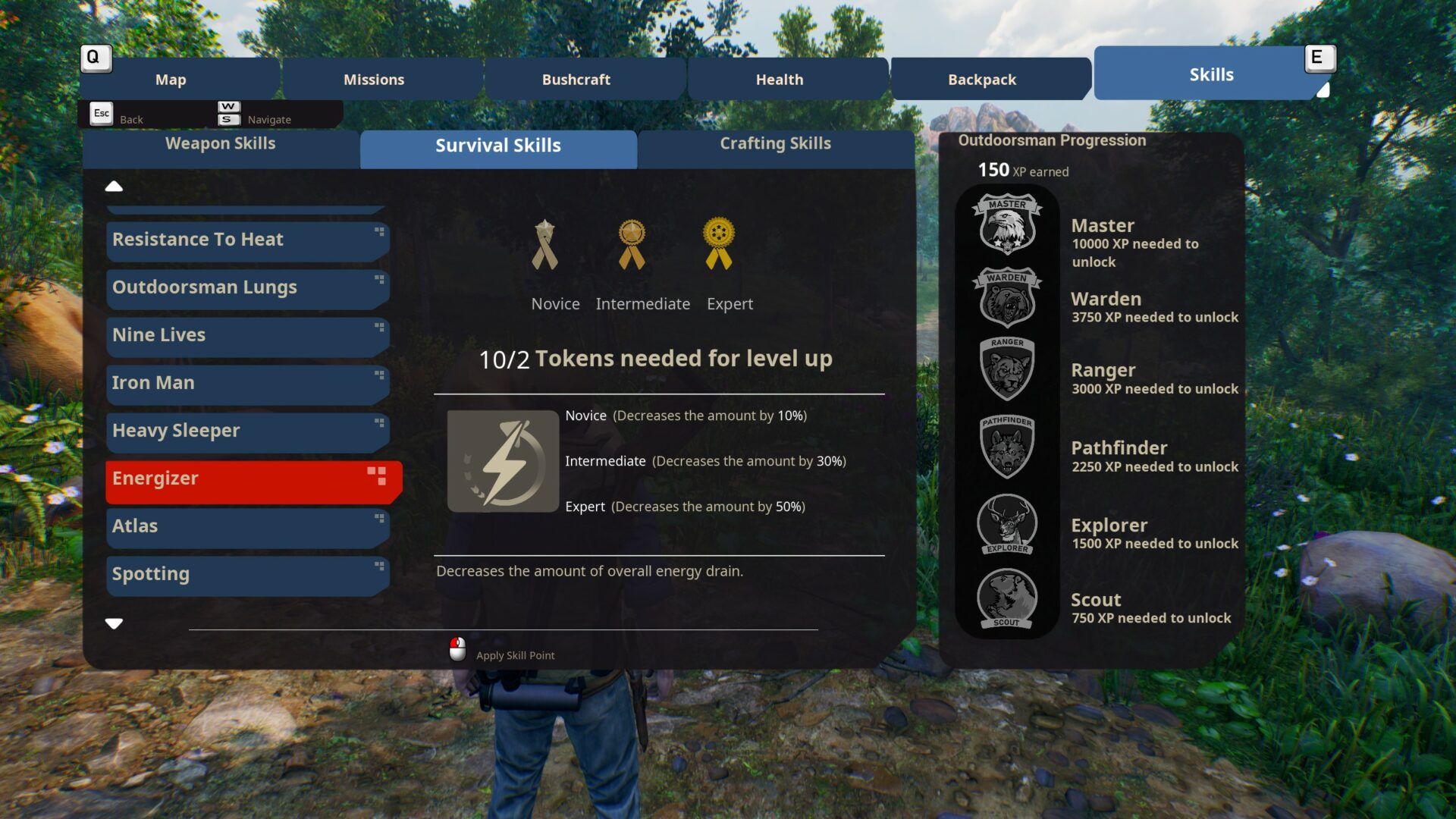 Exploration
Is performed initially on foot, but soon with the aid of vehicles such as a quad, and fast-travel when possible, in specific areas. Despite these amenities, to hunt harder prey going on foot, silently, is recommended, as cars make a LOT of noise – also, some places might just not be viable with vehicles. Getting anywhere takes time and energy, it does feel like the maps’ sizes are not really well-balanced in comparison to the walk speed and resource consumption, especially latter ones. Exploring can lead to finding animal tracks, hunting areas and even supplies or collectibles.

Hunting
Is the prime mechanic, and consists in shooting a variety of animals such as birds, rabbits or even bears and cougars, to then collect their remains to complete quests, challenges or just make some cash on the side. Sound, visibility and smell are theoretically the three prime factors to notice when approaching a prey: moving crouched, slowly, taking time and checking wind direction are the things to do… except half of the time these mechanics don’t work as intended. Any gin will do, though some are better than others in certain situations. Sometimes, animal tracks need to be followed to find a specific quest-related animals or rare / uncommon ones, this is done by examining actual animal prints, to get a general heading to follow.

Crafting
Is performed with the “Bushcraft” panel, which allows combining available resources to create makeshift camps, medicine, cook food and other context-based interactions like upgrading an existing camp to gain better bonuses while sleeping. Resources to do so are generally plentiful, and can be spotted easily using Hunter Sense, an active ability that highlights anything useful in a large radius.

Character Management
Is performed via the Inventory menu, which has unlimited slots but is balanced by weight amount, while the Skill panel allows upgrading passive abilities with points gained from leveling up. Some of them are useful, while others much less so, a mixed bag really.

Quests
Usually feature one or more objectives to fulfill as part of a linear storyline that is meant to guide players in their path to become “true hunters”. Optional goals also may be present, and usually are awarded with additional XP or cash. Generally quests entail hunting a specific animal, fetching a particular object or reach a designated area. 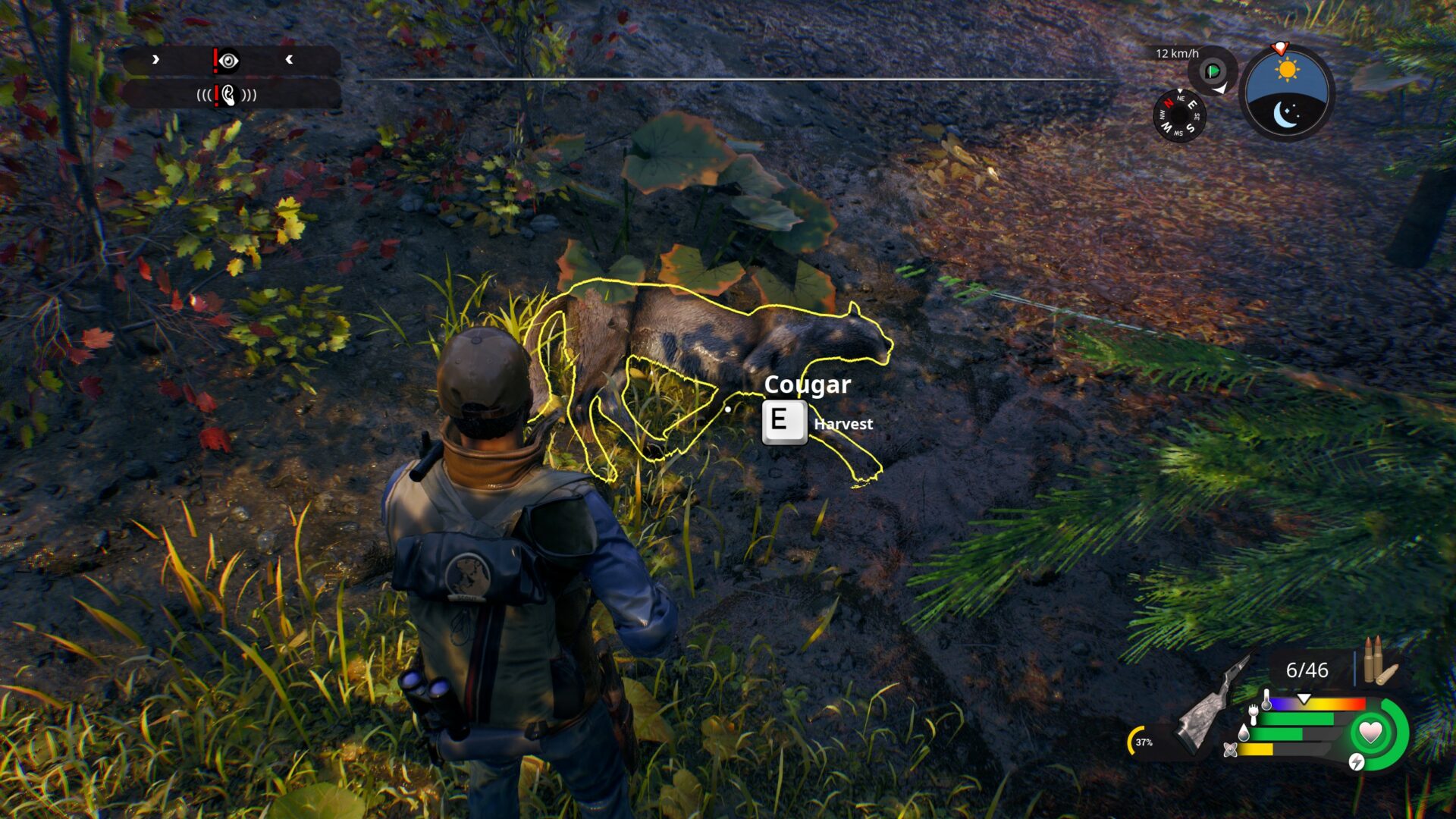 I played around 7 hours, before succumbing to the overwhelming amount of problems and design mishaps this game suffers from. Given the unbelievable amount of technical issues united with other problems, I strongly recommend avoiding this title, no matter what the price may be.