A flawed but ultimately satisfying Classic RPG, that has excellent writing and very good variety as outstanding features. Old-school RPG fans should definitely check it out.

Siege of Avalon Anthology (SoA) is an isometric CRPG set in a medieval fantasy world. Players impersonate a young recruit, sent to the besieged Avalon Fortress as part of a reinforcement troop, to help the local forces endure. Inexperienced at first, the protagonist will see himself gradually rise through the ranks, tasked with increasingly vital missions – as the Sha’Ahoul forces plan devious ways to bring down the mighty fortress.

1. Excellent overall writing, with interesting lore.
SoA successfully delivers an engaging narrative full of memorable characters and unexpected turnarounds. Every single NPC present in the fortress and beyond not only has unique dialogue lines, but also reacts to the world events after each chapter, and renews his or her repertoire of things to say. This, paired with long dialogues and large amounts of lore that even includes entire books, makes up for a strong narrative component.

2. Authentic old-school RPG experience.
No quest markers, fast-travel or hand holding are the normality. True to CRPG tradition, SoA makes players rely on their own wits in order to solve problems, with only general objectives being listed in the Quest Log, but no other help. Talking to everyone, looking for specific NPCs and being thorough are the keys to unveil hidden quests or more information.

3. Huge amounts of unique gear, spells, abilities to discover.
Each of the six chapters has at least a dozen if not dozens of unique items, spells or abilities a character can gain access to. Exploration and side-questing are generously rewarded with such potent items, other than vital amounts of experience points (TP). Special training courses, that result in permanent bonuses, also are accessed in this way.

4. Distinct playstyle and unique quest paths for each class.
Be if Fighter, Mage or Scout, each of the three main class archetypes offers a distinct but also flexible play-style, that encourages to adapt to a variety of situations. Still, each of them has its own specialties and unique missions / training to match, depending on the selected archetype. This definitely opens up to replay value. 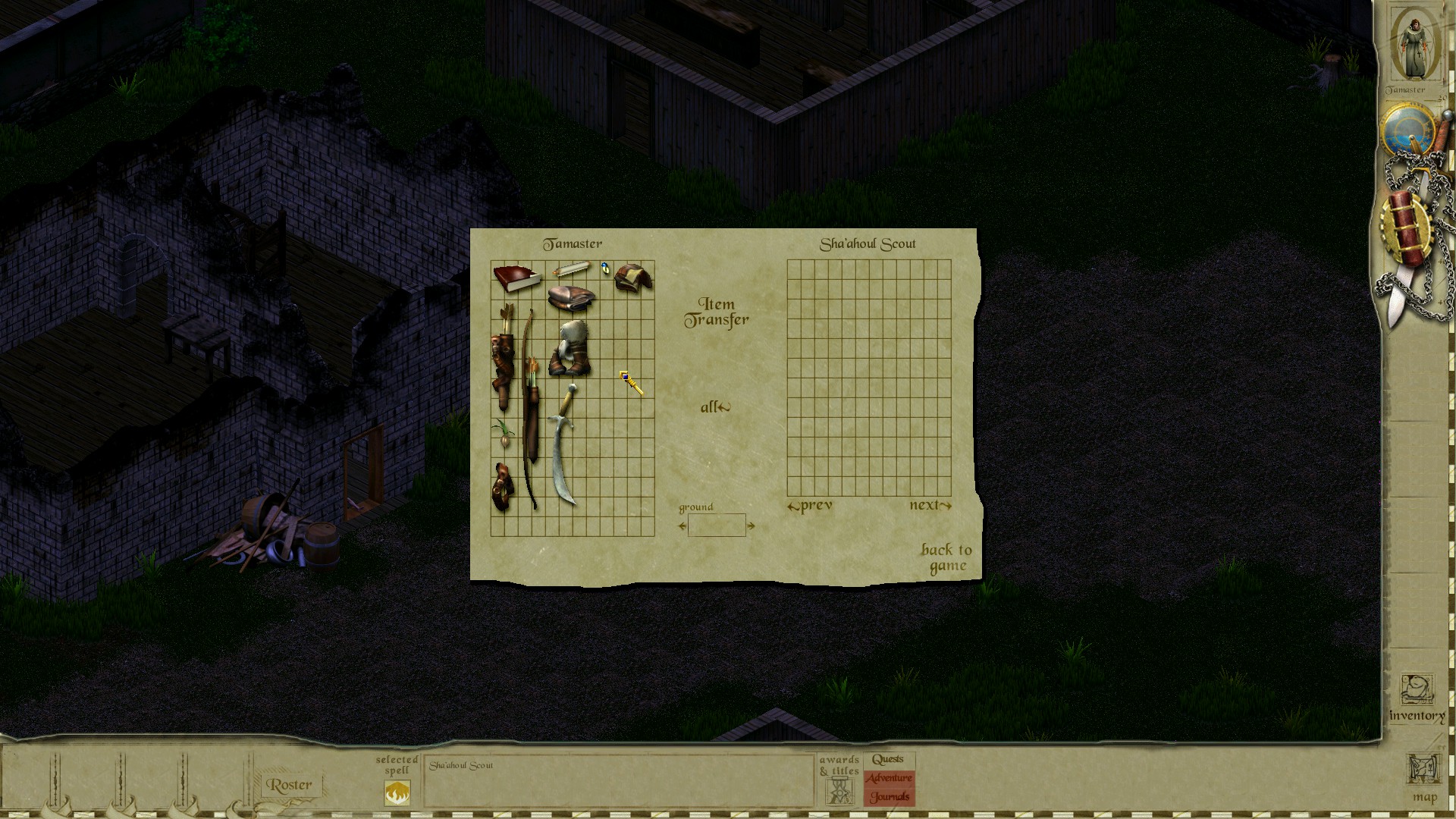 1. Horrendous companion AI.
Companions prove to be a hindrance most of the time, rather than a boon. Due to incompetent combat AI, that results in archers running around like headless chickens or support mages not doing their job, it’s an endless headache festival. Other than as pack mules to haul loot to merchants or damage sponges, companions rarely prove useful.

2. Some quests follow a bizarre logic.
A number of quests proves too obscure, even for an old-school RPG. This mostly happens because they do not follow a reasonable logic, and depend upon main-quest triggers even if they’re not really supposed to, as it makes no sense for it to be this way. Some others instead just dump the players with terribly vague directives or fail to update properly.

3. Significant balance problems with some ability combinations.
There are certain combos that wreck combat balance. For example, scouts proficient in Stealth can be further blessed by the Shadows spell, enabling them to silently kill entire armies without being spotted. Stacking protection buffs on the whole party makes them absolute sponges, able to withstand insane punishment. The “Hold” spell can permanently paralyze multiple enemies, if cast quick enough. These are just some!

4. Various noticeable gameplay design issues.
From party buffs disappearing on each area transition or savegame reload, to bugged inventory spaces, infinitely respawning enemies out of thin air and invincible NPCs for no good reason, there are many immersion-breaking flaws with SoA. All this and much more, makes the experience very frustrating at times. 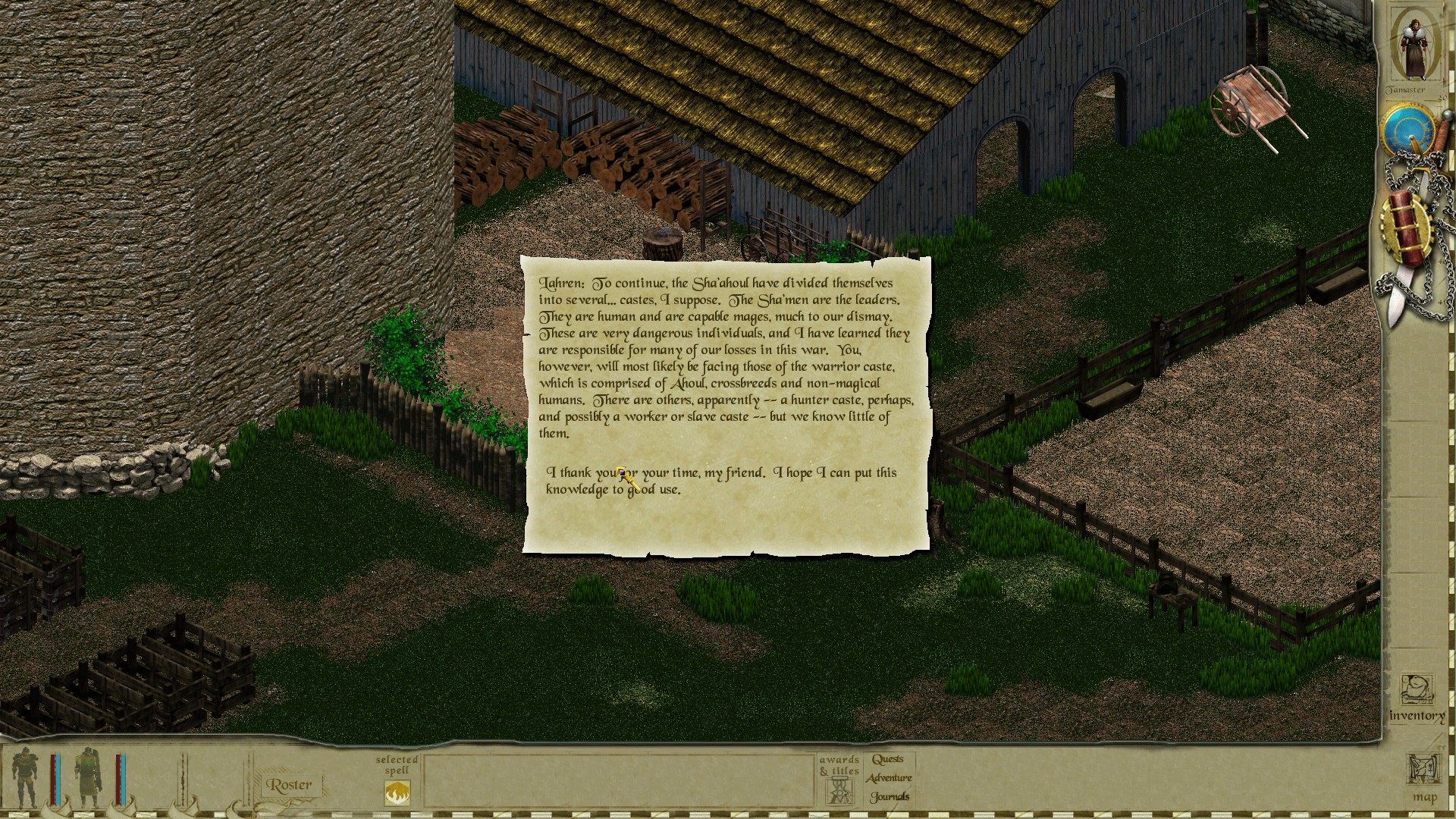 Exploration
Is performed on foot, in a world divided into square-shaped areas. There is no fast-travel, although instant movement is possible while inside Avalon Fortress, across multiple already discovered sections. Exploring the world and paying attention to even minute detail can be vital, since there isn’t any “interaction highlight” feature, so chests or important mechanisms will not stand out much. The variety of environments is very good, and each will have thematic enemies to match.

Party Management
Is done in a rather cumbersome way, with the main character able to transfer items to and from the other members, thus enabling to equip them with progressively better gear, when possible. The stats of each can be viewed, and also all companions can be manually controlled in case their skills need a more expert hand at the helm. However, companions also auto-level, so they cannot be customized in attribute assignation or skills, only the protagonist can do so. The AI can be assigned behaviors like Hold Position or various combat styles – that don’t matter much, as it will always be terrible.

Combat
Plays out in real-time, and can become very chaotic especially when many units are involved. Due to the general companion incompetence and general danger of many foes, players will definitely see a good number of failures and retries especially early on. Generally SoA wants to maintain a realistic depiction of damage, where a few sword hits can definitely fell even expert soldiers and most animals, while magic is a mighty force that strikes down many with ease. This “realism” approach though becomes less and less so, as the game approaches the later chapters. Each slain enemy gives one or more TP (experience) that can be used to learn skills, improve attributes or engage special training at the correct NPCs.

Quests
Are all unique, with their own backstory and lore, and some can be actually very complex with multiple stages and some strong deductions to make. They range from helping the general damsel in distress to recover legendary artifacts or felling mythical creatures, though they all result in solid TP amounts and usually unique gear or abilities, so they are definitely worth doing and interesting. Certain quests though will be only available for a specific class, thus requiring multiple playthorughs to see everything. 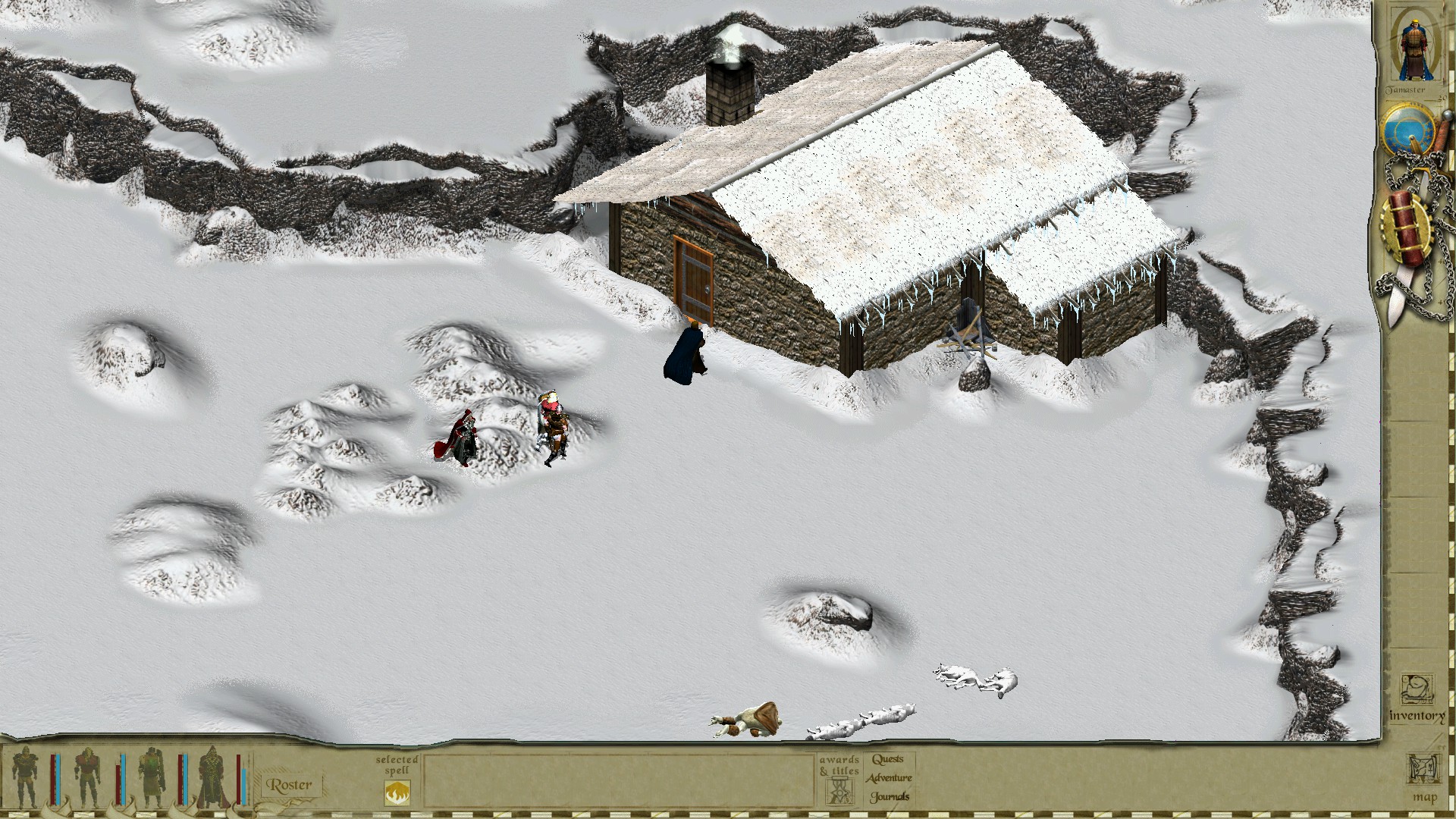 – Maximum resolution is 1080p.
– Alt-Tabbing lowers resolution.
– No cursor lock to screen with multi-monitors.
– Lack of V-Sync.
– Area maps can’t be zoomed out.

It took me 30 hours to complete SoA, taking time to complete all secondary content I could find and explore all areas accurately. Replay value is good thanks to build diversity and unique class-related quests. For the current price of 8,19€ and overall good quality, I can definitely recommend buying for full price.