This remastered version of the original 2010 title brings new life to Empire Bay thanks to updated visuals, and also includes all DLC. However, some new technical problems surfaced as consequence.

Mafia II Definitive Edition (M2DE) is a remastered edition of the original Mafia II from 2010, set in Empire Bay in a timeframe spanning from 1940s to late 1950s. The game narrates the story of Vito Scaletta, an Italian immigrant which, along with his family, migrated to the USA to find a better life. The protagonist’s early years are riddled with difficulties (as most immigrants faced back then), so at some point Vito starts small-time criminal activities – not knowing that this decision will change his destiny forever.

Can almost smell the gasoline!
The atmosphere and setting of 1940s and 50s are recreated beautifully in Mafia II. Empire Bay proves to be a vibrant, beautiful city – even more so in this remastered version with its updated visuals. Immersion is solid, as citizens will react realistically: for instance, by assaulting Vito after he scratched their car. There is a decent interaction level with the environment (such as buying hot dogs from a cart, for example). Music, mannerisms and ways of speaking are coherent with the times (even Italian ones: I can tell being one myself). Those seeking immersive settings will not be disappointed.

Fear & loathing in Empire Bay
The storyline delivers everything expected by a high-tier criminal drama: violence, betrayals, loss – but also good times, sex, booze, gambling, luxury. Mafia II successfully shows how some people are not driven to criminal life by being inherently evil, but rather by sheer necessity (as in Vito’s case) – while in other instances, the opposite can be also seen. The characters are well developed, especially those closer to the protagonist, which have some extent of growth as the years go by. Definitely a solid story with characters matching its quality, that does not betray the franchise’s legacy.

Not quite over yet
Mafia II offers a good chunk of additional DLC modes, all included in the Definitive version. “Jimmy’s Betrayal” and “Vendetta” both trace the story of a famed hitman that served all the biggest families – while “Joe’s Adventures” is a series of missions featuring one of the most important side-characters of the main story. Depending on completion rate, there may be even 10+ hours of content in these “expansions”, which is almost as much as the main game. However, don’t expect great differences in terms of gameplay from any of them. 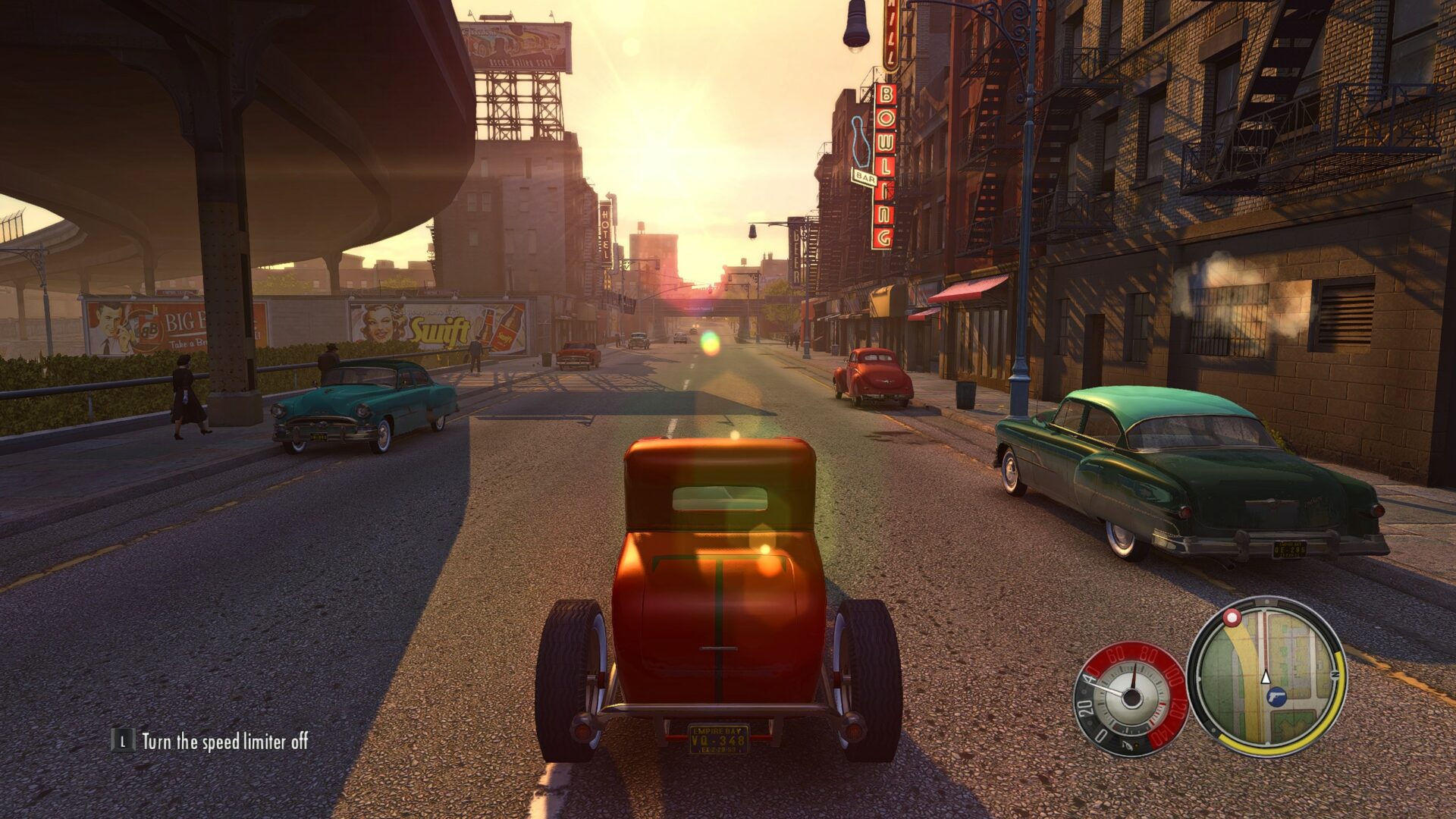 What’s the point, then?
This second entry in the series tries to expand gameplay by adding side activities, such as reselling stolen cars or robbing shops, in order to make extra cash to spend. Other than that, it adds a more “interactive” city framework, with gun shops, clothiers, mechanics and more each with their specific function or sales inventory. While these shops can be useful at times, the side chores can be completely overlooked: the main story will always provide more than enough cash for all the guns, ammo, upgrades and clothes one would ever wish for.

I never asked for this…
Certain fights and situations in the main story are unfair or poorly designed. For instance, in some cases combat will start with Vito standing in the middle of a room like a target dummy – on higher difficulties, it’s only up to luck if he’ll make it to the closest cover in time or not. This can indeed be frustrating. The worst instance is found in a specific chapter, where an enemy can spam unlimited molotovs at the protagonist, making that one a very badly designed fight. Car chases deserve a negative mention: at times the car’s frame seems to not shield Vito from bullets at all, making it very RNG dependent. 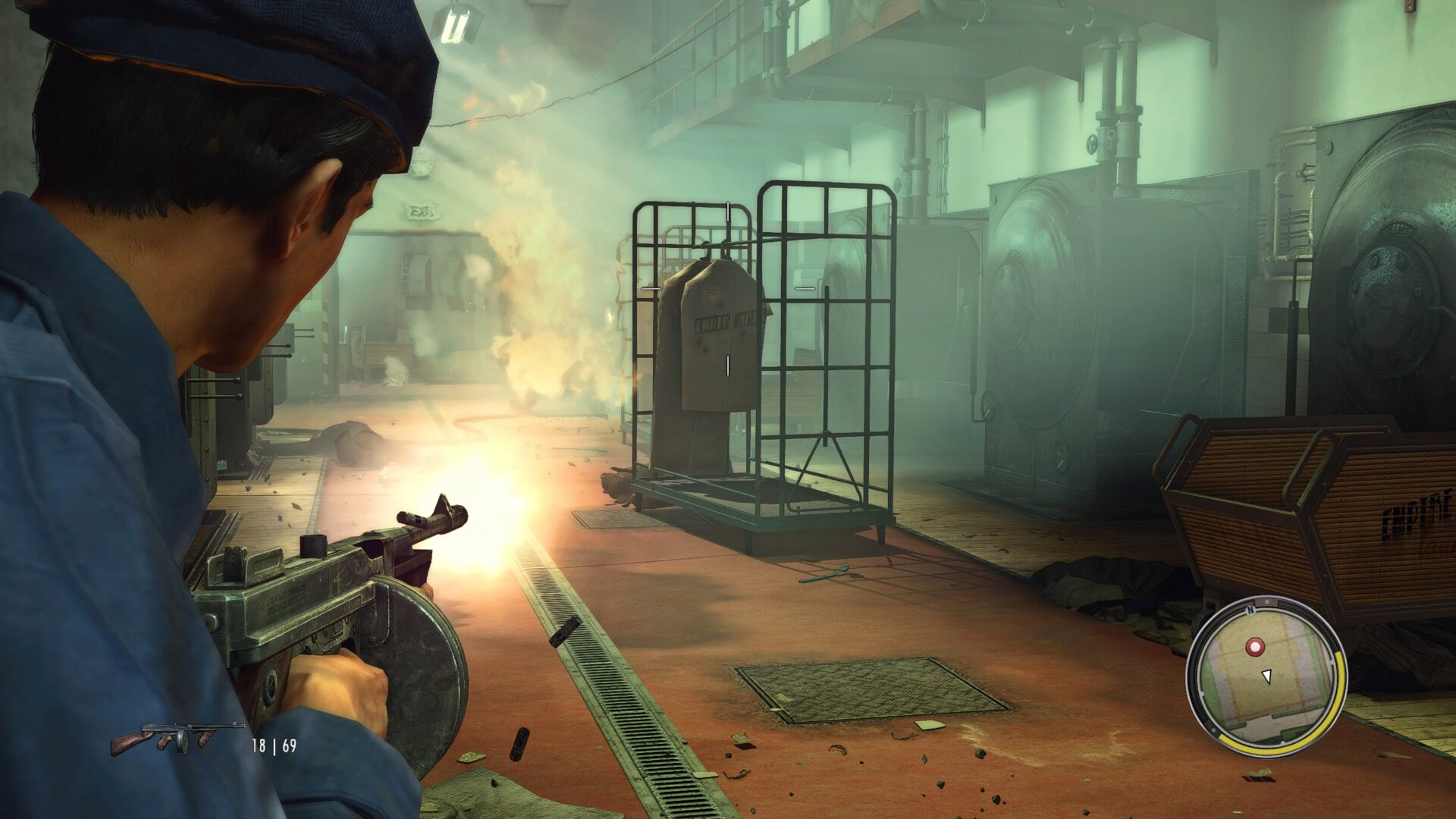 Exploration
Is performed by car over long distances, on foot in closed spaces and vehicle-free areas. Being Mafia II a linear adventure, exploration can only be done in-between those mission phases that have no time limits (most of them). Exploring the world has not a real point, save for finding achievement-related collectibles or exotic cars to add to one’s garage. In each story-related location it’s possible to hand around a bit more and talk with side characters for some extra lore, find some eatery to restore HP or go to a clothing shop to get changed (which can be done to evade police identification).

Combat
Plays out in a rather arcade third-person shooter fashion, with Vito being able to carry a true arsenal of weapons in his pockets – ranging from pistols to military grade rifles and even grenades. Weapon handling and damage are quite realistic especially on hard difficulty, with 2-3 shots being all it takes to kill both Vito and most enemies. Headshots are a guaranteed kill on any living thing without exceptions, as it should be. Vehicles prove to be extremely resistant to damage, unless shot in the fuel intake valve or other weakspots. Melee combat is also a thing and uses dodge, counters and heavy / light attack systems to form a simplistic but enjoyable alternative to guns – just don’t bring fists to a gun fight.

Quests
Are mostly related to the main story, and have good variety. Sometimes, special criteria may be in place such as stealth section where being discovered triggers a game over, undercover car chases and other unique situations depending on the case.

Character Management
Is performed at shops and home. In the former, Vito is able to buy guns, ammo, clothes and upgrade cars depending on the shop type, while the latter is used to restore HP (fridge food) or change owned clothes (wardrobe). A handy garage with a cap of 10 cars is available to collect the fastest rides one can find, each customizable and moddable to some extent. 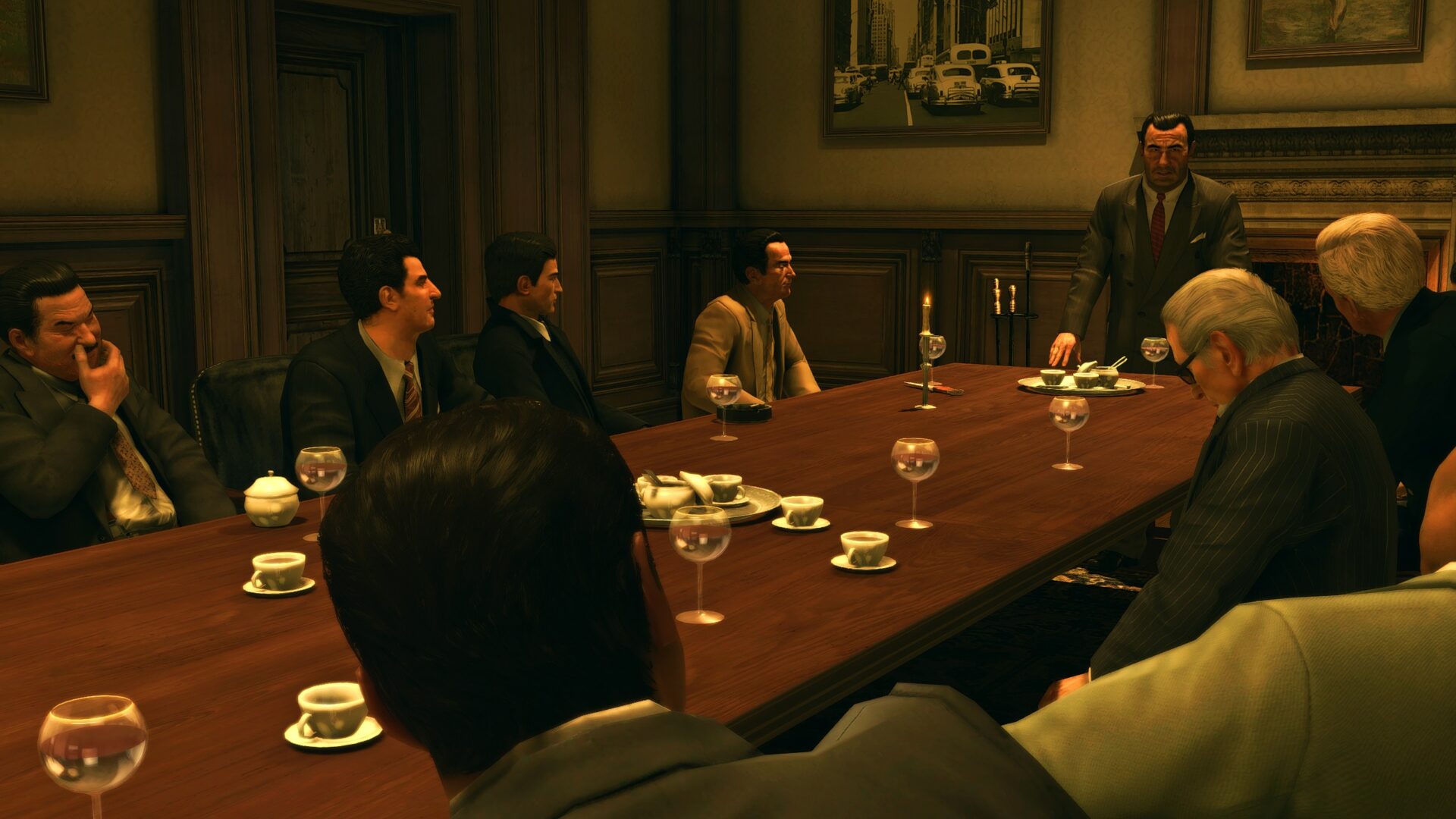 It took me around 12 hours to complete Mafia II’s main storyline. After that, for those interested, three Extra Modes are available, which add around 5-9 hours of content in total depending on completion. For 30€ and with overall good quality the selling point is fair enough, so I can recommend buying this game for full price especially to fans of the franchise.