For a mobile game this is pretty solid!

REKT! High Octane stunts is an arcade based stunt racing game that takes place in a retro-styled arena. Your goal in this game is to gain as many points as possible by performing stunts using your special vehicle. Keep in mind that the clock is racing against you!

Is this another cash grab game?

There are lots of guys that have a suspect feeling towards REKT! and I am here to clear things out. This is a legit game, it doesn’t use any copied assets, etc. It definitely has a lot of work and design behind it sure as hell provides some fun!

Stunts and Transportation:
Now that we got a good understanding of the basics let’s go into detail. First of all, you spawn at the start of a small ramp. After completing your first stunt the game awards you [b]Points[/b] a [b]multiplier meter[/b] for the number of stunts you performed while being in the air and lastly after the successful completion of the stunt you get a [b]Boost Refill[/b]. There are a plethora of moves you can try to get, what I really liked was the addition of an interactive map that allows you to use random objects in order to collect more points, for example, you can drive through some boxes or perhaps slide your car on a pole while being in the air. Many skills to choose from but sadly it doesn’t make sense as far as points go, just spamming the backflip is so much more efficient and easy to farm points which take away some of the magic this game can offer. My best run with a variety of moves would only give me around 5 Million points, using the spam tactic on the other hand awarded me nearly 14 Million points which proves that this method is the best at the moment. I personally do not consider it so good as this is one of the reasons this game gets a little boring after some hours. Let us talk about the vehicles in the game, my first thought would be that some cars would feel the same but I was very quickly proven otherwise, after unlocking quite a lot of vehicles I can confirm that almost all of them have at least a minor difference in their driving styles. For example, you can easily “feel” the difference between the Formula 1 based vehicle and the boxy Street cleaner utility truck and so on.

Customization and upgrades:
Speaking of vehicles, REKT! gives you the ability to further improve each vehicle. You can upgrade multiple areas of the game, for example, the [b]Speed[/b] and [b]Flip[/b] category are in my opinion the most important ones as these are the ones that allow you to stack up multiplied scores and so on. If you have completely upgraded your vehicle you can start making it look nicer. Granted there aren’t many options obviously, the only thing you can really change are the rims, some stickers, and on some vehicles the aerodynamic wing which is in the rear obviously. Changing liveries would be a pretty cool addition!

Here is another game using the well-known Unity engine. Not the greatest when it comes to visuals but the Performance is amazing. 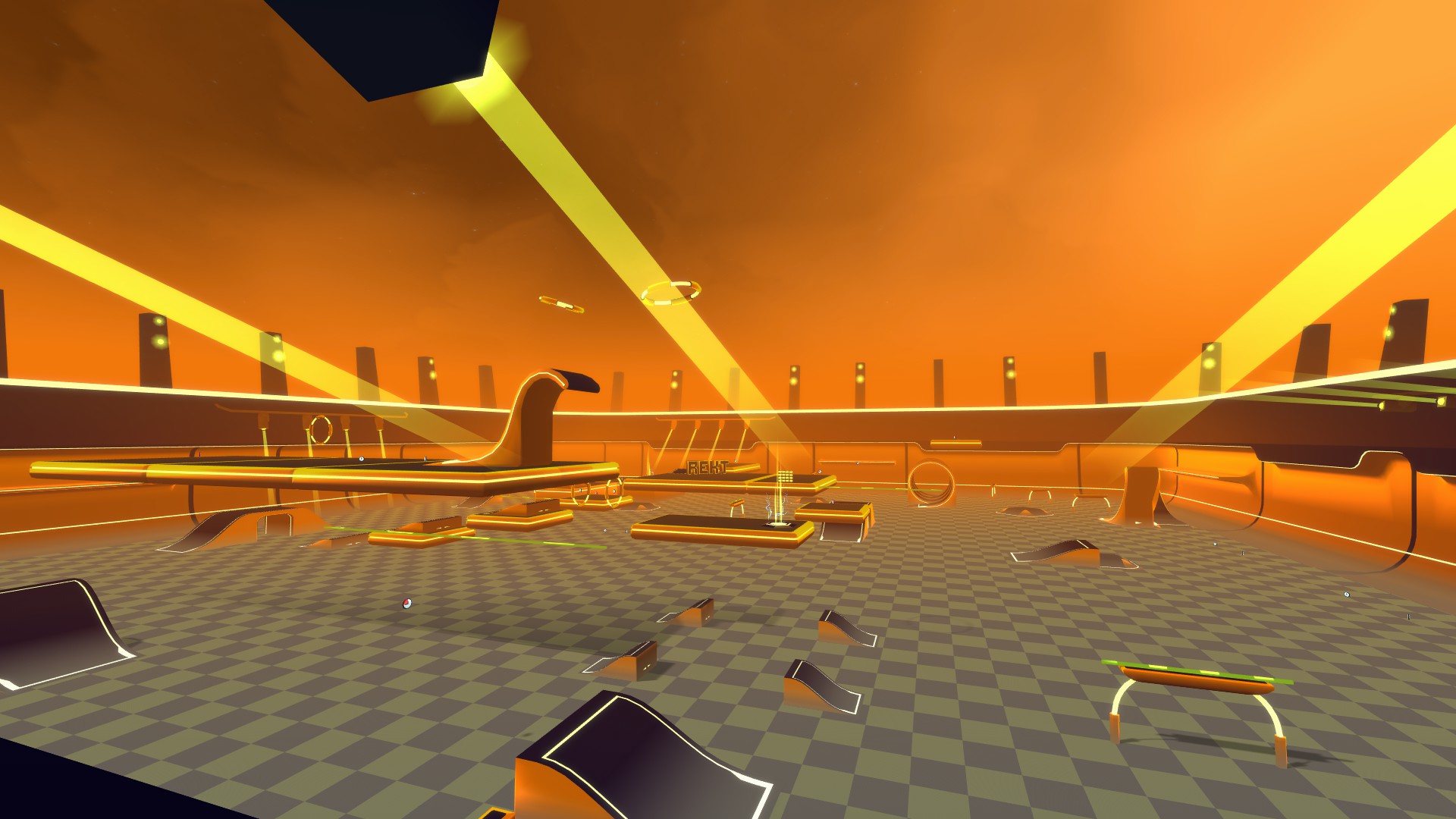 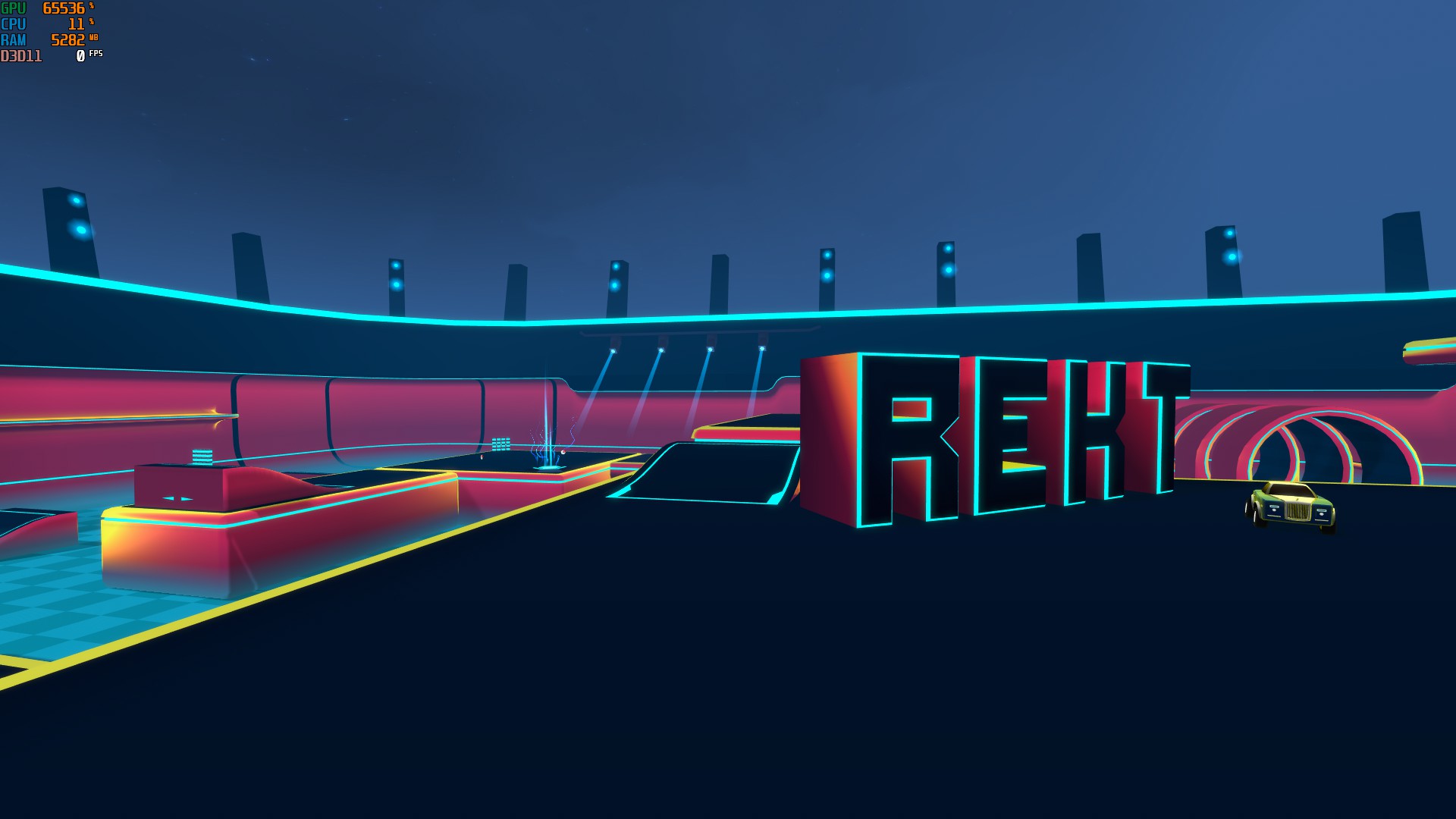 Audio / Soundtrack:
Nothing amazing when it comes to audio, vehicles do sound like an arcade game would make them sound, the impact sound could use a little more strength in order to feel the impact and the soundtrack is pretty basic but it surely gets the job done!

Keep in mind that my Thrustmaster T150 wheel did not work but I am sure that it would be worse playing this game with a Steering Wheel. On the other hand, the XBOX One controller worked flawlessly even with all of the vibrations!

Bugs / Glitches / Crashes:
In 2 or 3 hours of being the Tony Hawk driver I was meant to be I experienced no Bugs, Glitches, or Crashes at all. A very smooth playthrough!

REKT! is truly a fun game with its nice variety of stunts and the fact that it offers a cool interactive environment. Keep in mind that anybody can run this game even on a Low-end device. At this moment this game barely gets a positive rating, it surely is a good game but the lack of Online features and some of the gameplay flaws make it a little bit of a chore after a couple of hours. Still, this game is a very pleasant time-waster and I hope that online stuff will be added in the future!

If you’re interested in playing REKT! you may be in luck! Ask JimDeadlock on our Discord server and he may have a free key for you, if you’re quick!