Is this game another mediocre Russian Drift “Sim” or is this game actually something unique?

DRIFT21 is a unique game that offers a complete look at the tuning car community. What do I mean by that? You will have to work on your own engine, basically, like a traditional Car Mechanic Simulator game, and on the other hand, you will have the option to drive your own masterpiece of a “racecar” aka oldbox with a big wing.

At first, I was a little worried, some years ago I reviewed a game called FURIDASHI: Drift Cyber Sport that later on got another release called RDS – The Official Drift Video-Game which was basically the same game with recycled items and assets despite being a decent game. To add up on that, the mechanic stuff presented really reminded me of the Diesel Brothers: Truck Building Simulator which was another recycle Car Mechanic Simulator. Still, DRIFT21 feels like a rather unique game compared to all the others mentioned above.

Basically, DRIFT21 achieves the title of “rather unique” in my opinion as it does things in a different manner.

Drifting/driving mechanics:
Well, if you thought that I wouldn’t talk about the drifting mechanics of a drifting game you would be dead wrong. Truth be told I wouldn’t call it a realistic drifting experience which means that I wouldn’t consider it a simulator. The cars feel pretty unbalanced most of the time, when braking and accelerating the vehicle feels way to light, that’s not really the problem, the problem is inconsistency because when turning the cars feel like Vans where the sudden wheel correction towards the other side of the turn will throw you out of the track because all of the weight shift towards the outside of the turn. Some really positive aspects are the very good sensation of speed, that might be because the tracks are so tiny but it always felt as if I was speeding down a highway instead of a 300m straight line. Luckily the game has the manual transmission option as a default which is always a major advantage in my opinion. Especially in a drifting game, you will need to have control over the gears in order to maintain the high torque numbers. Running down the gears with a Keyboard, XBOX One controller and a Thrustmaster T150 wheel felt smooth as silk.

Car-mechanic gameplay:
As mentioned beforehand, this aspect of the game really reminds me of 2 games and it’s pretty obvious. The games I was talking about are Car mechanic simulator games and the Diesel Brothers game. There honestly isn’t much to write about this aspect as DRIFT 21 is just a watered-down version of these games as far as mechanical stuff goes. You basically screw and unscrew certain things in a specific order just like you would in real life. It sure is a very good experience but it is slowly getting overused. The only real difference is that you have a huge variety of parts to choose from which means that you can finally build your own totally unique engine, what do I mean by that? Well, I guess nobody has seen an Inline 6 Turbo MX-5 am I right?

The game isn’t something amazing visually but it sure beats out its competitors like RDS and FURIDASHI as far as visual fidelity goes. The lighting is well made with nice reflections on some surfaces, one small problem was the smoke, no matter how good of a drift I would make the smoke particles were barely visible. 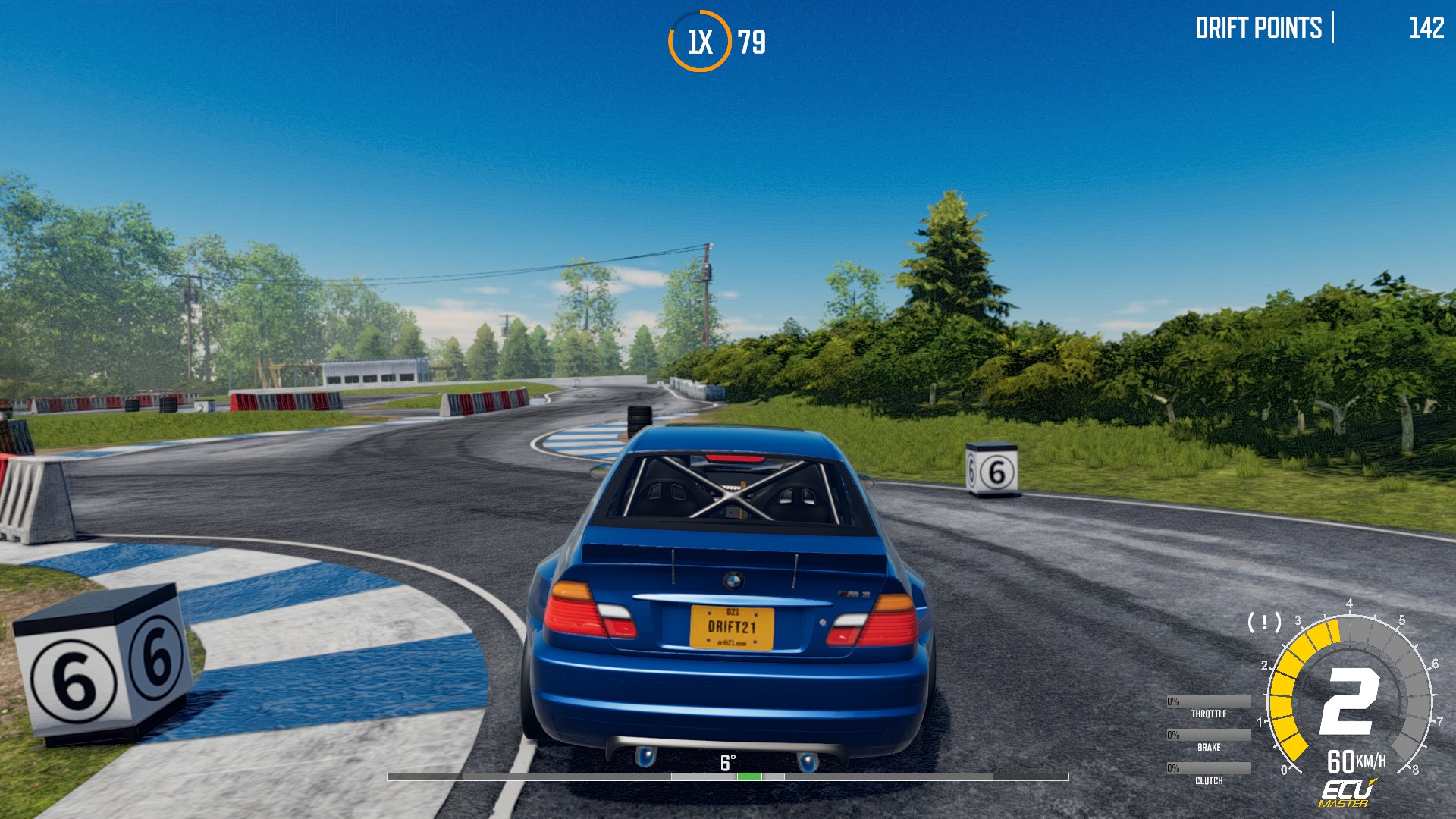 Audio / Soundtrack:
There are no voice-actors within the game which is totally understandable, looking on the other side though it is clear that engine sounds were a target for the studio as every sound an engine output sounds unique, doesn’t matter if its an N/A V8 or a Turbo Inline 6, you will easily hear the difference. The soundtrack is pretty generic and the track in itself is pretty mediocre. It was getting annoying after some hours.

Bugs / Glitches / Crashes:
In 6 hours ( +2 Offline due to electrical shortage ) I had only one crash with my Vega 8 Laptop due to an old driver. Other than that I had no glitches or game-breaking bugs whatsoever.

DRIFT21 isn’t an amazing game as it still is in Early Access, yet it still isn’t a bad game at all, it’s probably the best Drift only racing game as far as driving goes yet it lacks or disappoints in some other features, for example, the lack of Online games or perhaps a race with opponents on the same track, not major problems but some small dings that will hopefully be taken care of in the future. Still, I had a lot of fun.