Its time for your eggs to be scrambled!

If you know what Bomberman is, you’ll know how Ponpu is going to generally be like. Here, you play as one of four birds (which are pretty hard to pick which one you want to play as) that are pretty special. Where other birds lay regular eggs, these lay (puke out?) eggs right in front of them that will explode. These eggs only have a blast range of one grid square surrounding it and it does take a while to detonate, so you can’t just drop and go. This brings along your shield. You can’t ignore or forget your shield as it’s just as important as eggs as it does much more than shielding you from damage for a couple seconds. Quickly shielding will push eggs away so it can hit crumbling structures and bounce off walls and unbreakable structures. If an egg is coming right at you, you can shield so it will go around you and continue its journey (though be careful if you’re close to a wall), and you can stun and push back enemies in situations where they have you cornered. 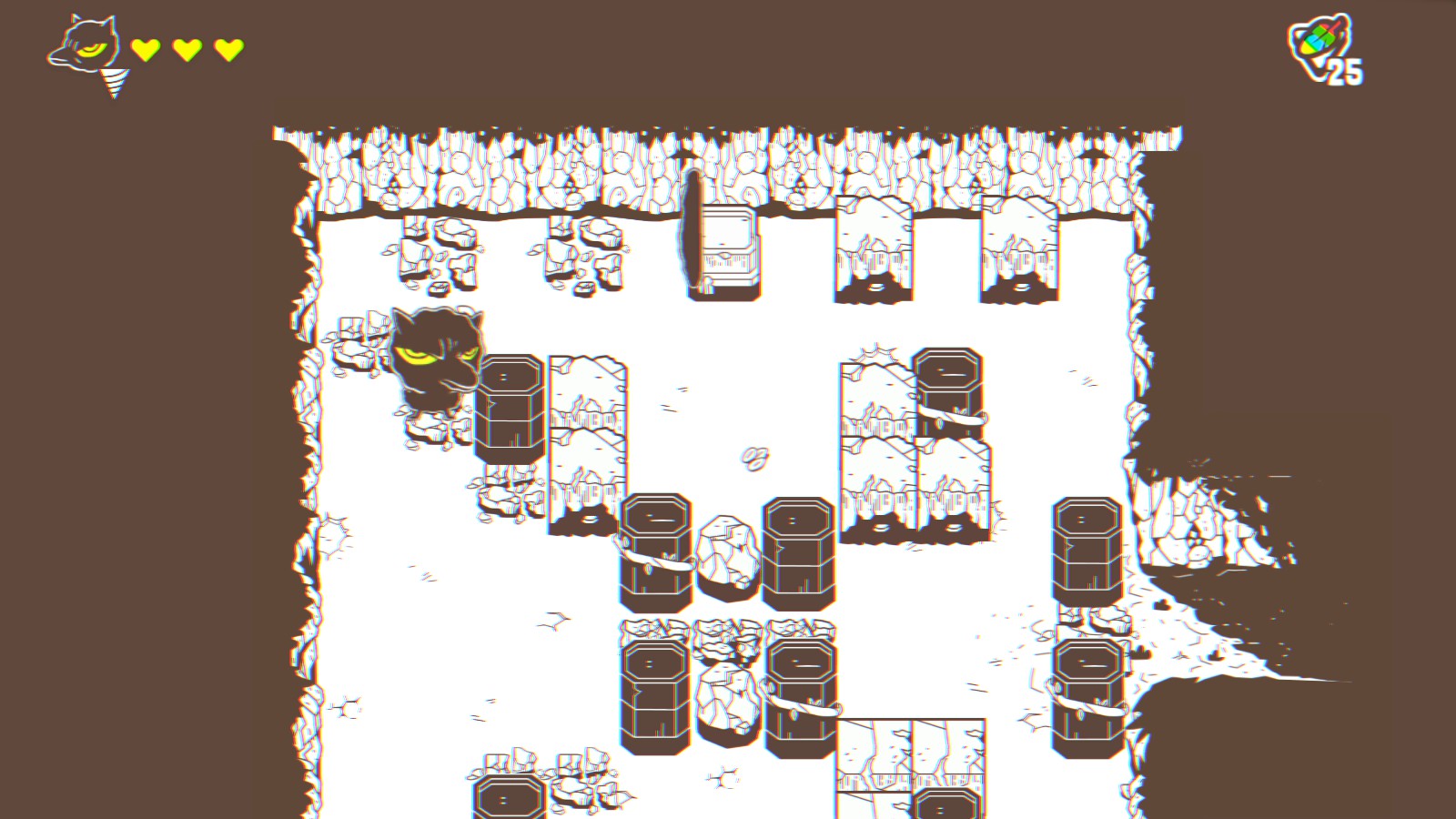 You’ll also be armed with a special egg that will give you an edge once you learn how to use them to your advantage. There are four different ones you can equip, but only two that’s available in Story Mode. There’s an egg that will drill into the ground to hide itself as it gets ready to explode, one that explodes remotely (these will explode eventually), one that will freeze an enemy if pushed, and one that will explode into a gas that will confuse enemies. As far as I know, there isn’t a limit on special eggs or regular eggs (you can even get a cheap shot with plopping an egg down, walking away a bit, and sending another egg towards the first to do quick double damage). 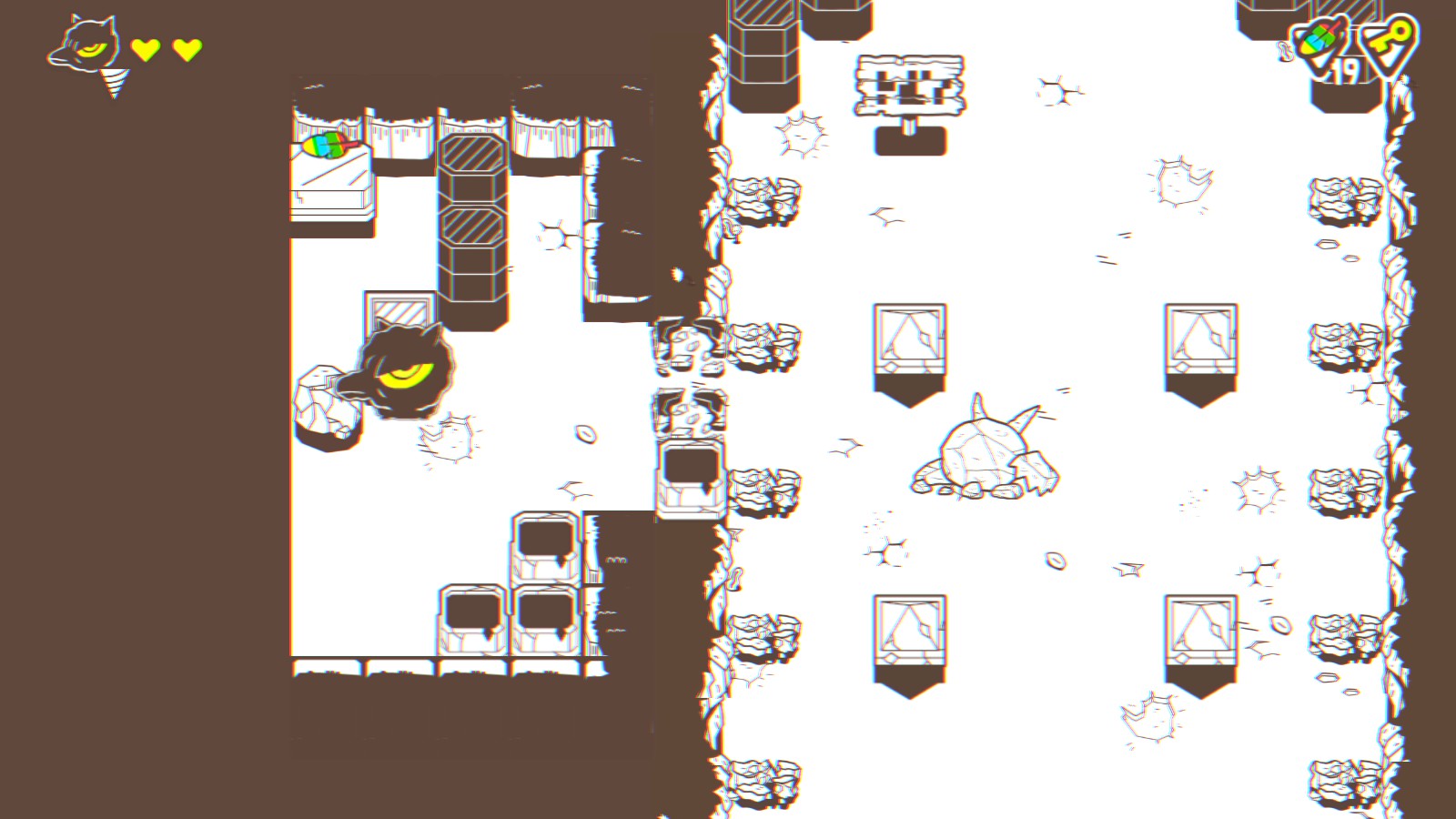 So how’s the various modes that you can play through? Well, let’s just start with Story Mode. At least in the build I played through, there isn’t much of a story told here. Though, you do get information from the store page where you’re on a herald of the great Duck God that was sent on a quest to save the universe. Through various worlds, you’ll aggressively bob you’re way through three designed levels that you have to navigate, find a key, and make it to the locked door. However, there are obstacles that will get in your way. Enemies will attack you once they spot you, which other than in specific cases you won’t have to defeat if you’re good at dodging, spikes, and holes in the floor that will plummet you into a darkened basement with a limited view. You might want to be careful as you only have three hit points and health is scarce. Health has a low chance of spawning when destroying crumbling structures as rainbow feathers spawn more frequently (which I’m not too sure what it’s used for other than to just collect). If you die, you’ll have to start all over though there are checkpoints here and there if there will be a hard fight coming up or just a long stretch that is filled with opportunities for you to die. Though, there are hidden rooms that hosts a feather that will heal you up and give you an extra heart once found. 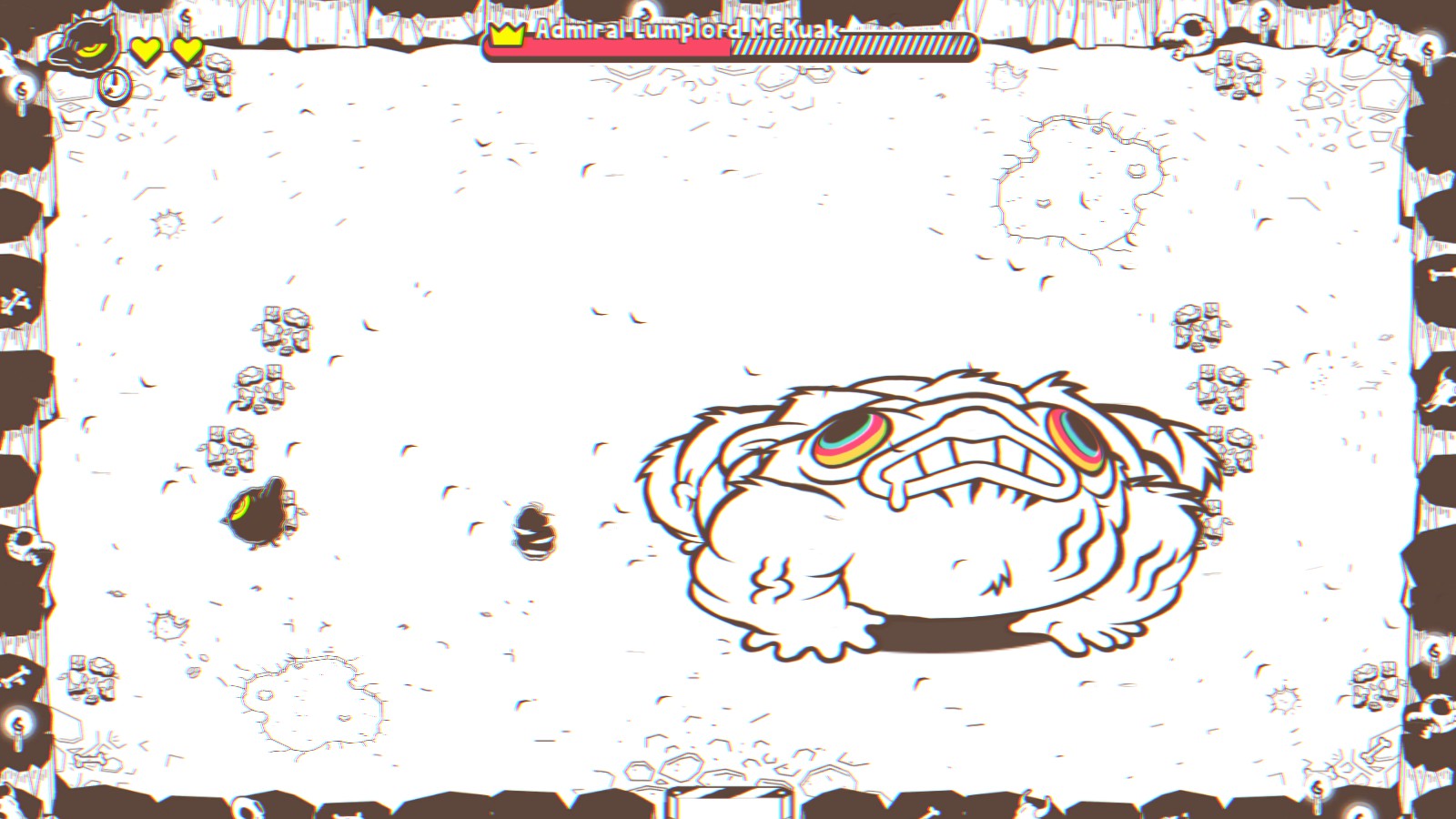 At the end of each world, you’ll face off against a boss. These are pretty great and pretty difficult (at least for someone that doesn’t really play Bomberman-esque games). Here, you’ll have to analyze the patterns the bosses have to dodge and attack them once they’re vulnerable. There is an amount of randomness of course, but it’s not so bad that you have to purely rely on luck. It’ll just require you to scan the surroundings and move quick enough to dodge. These battles were where I mostly got stuck on, in fact I got stuck on a boss that focuses on perfect shielding, though it is satisfying finally having a successful run.

Though, you aren’t told in the tutorial how to dash or that your special egg is mapped to a different button. Considering how you will not be able to continue if you don’t know dash and the special egg is helpful (though not that needed) it’s weird. Luckily enough there is a control scheme to look on, and the controller doesn’t have too many buttons to try anyway, but the keyboard control scheme does not list the button for dashing. It is also annoying that there is contact damage, especially during boss battles. Lastly, in areas where there wasn’t a clear grid on the floor to see, I did have trouble determining if I was on the same layer as an enemy/wall that was a decent amount away from my character.

I also do recommend playing Ponpu with a controller if you can, as the keyboard control scheme is kind of weird to get used to, and to specifically move with the d-pad rather than the stick as movement is based on a grid. 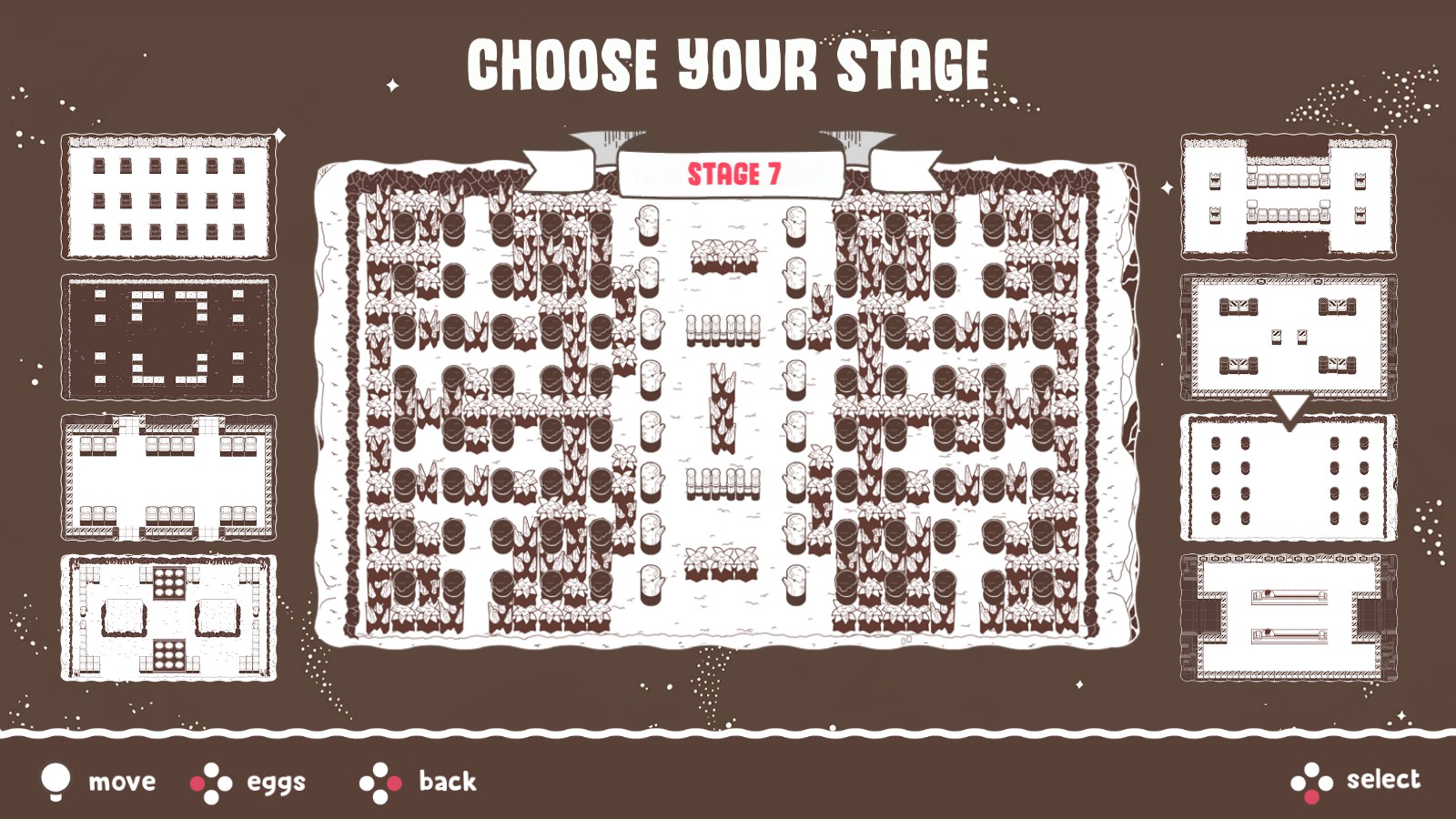 Other than Story Mode, there are three multiplayer modes to play. Now, since I am previewing this before even the release date has been announced I can’t say how this plays online, but these modes are pretty straightforward. Plus, the spots not taken up by players are taken up by AI. The first mode is Coin Steal where you’ll be stealing coins and try to be the one with the most. Everyone has unlimited lives, but only take one hit to die and once they do they drop all their coins for someone else to pick up. The next is Paint Battle which is a 2v2 Splatoon-esque mode where you’ll want to be on the team with the most paint on the field. Paint is spewed out whenever you push your egg and when it explodes. Lastly, there is Deathmatch which is a free for all brawl. Here, everyone is a lot beefier as it will take three hits for a player to die and three deaths until they’re eliminated. While this isn’t told to you anywhere to my knowledge, Deathmatch and maybe Paint Battle have special pickups. Each of these modes last between two to three minutes, depending on what mode is chosen, and you can choose between eight maps.

I’d say that if you enjoy Bomberman, you’ll enjoy Ponpu. Even more so if you love the art style this is has. Although, if you never liked Bomberman, or was just neutral on it, this most likely won’t change your mind despite what was added in here to make this different. Though, I will say that I liked Ponpu a bit more than Super Bomberman R.