If you think your dancing will distract me, you’re totally right. It is.

Giraffe and Annika puts you in the shoes of a young neko (or should I say, Felycan) girl named Annika. She finds herself waking up with no memories and on a strange island. After exploring the small area that is not blocked off and heading into someone else’s house to take a short rest, you’re greeted by another named Giraffe. He seemingly knows you already and he has a quest for you. He wants you to grab three star fragments and gives you a pendant that will hold them. Why doesn’t he get it himself though? Well, these star fragments reside in the three dungeons on the island and only a Felycan can go in them. As Giraffe isn’t one, he can’t pass through and is relegated to opening the doors for us. 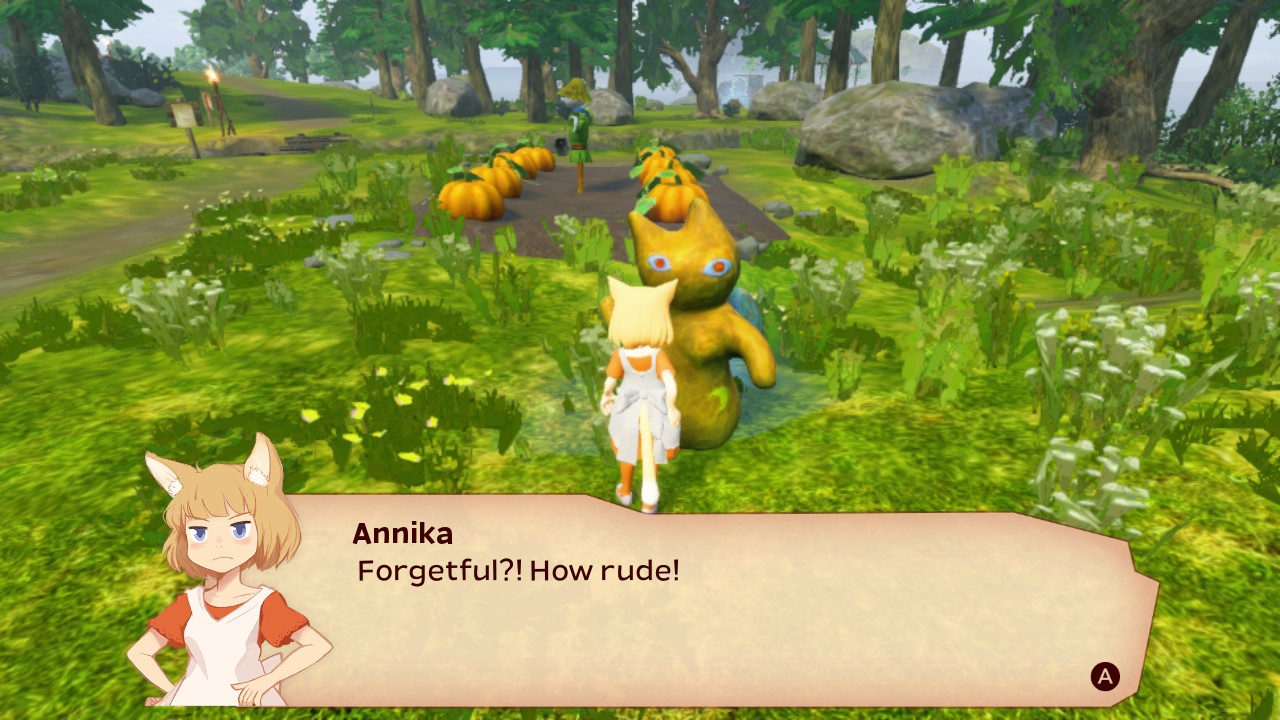 Progression is pretty straightforward as you’ll be aiming to complete all the dungeons. While areas are blocked off until you complete a certain dungeon, there are areas that you can explore and side quests to do. Most of the side quests are needed, with the others optional, that are mostly getting something as a favor or sometimes outliers like hide and seek. To be honest, I never felt annoyed at these favors. It doesn’t take that long to run around the island and none of them were too hard. The only thing that is going to confuse others is that the characters don’t progress days going by if they’re inside the house you’re sleeping in. You have to go out and go back in. On that note, the night and day cycle do somewhat dictate the island as some dungeons and characters are only available to enter at certain times. 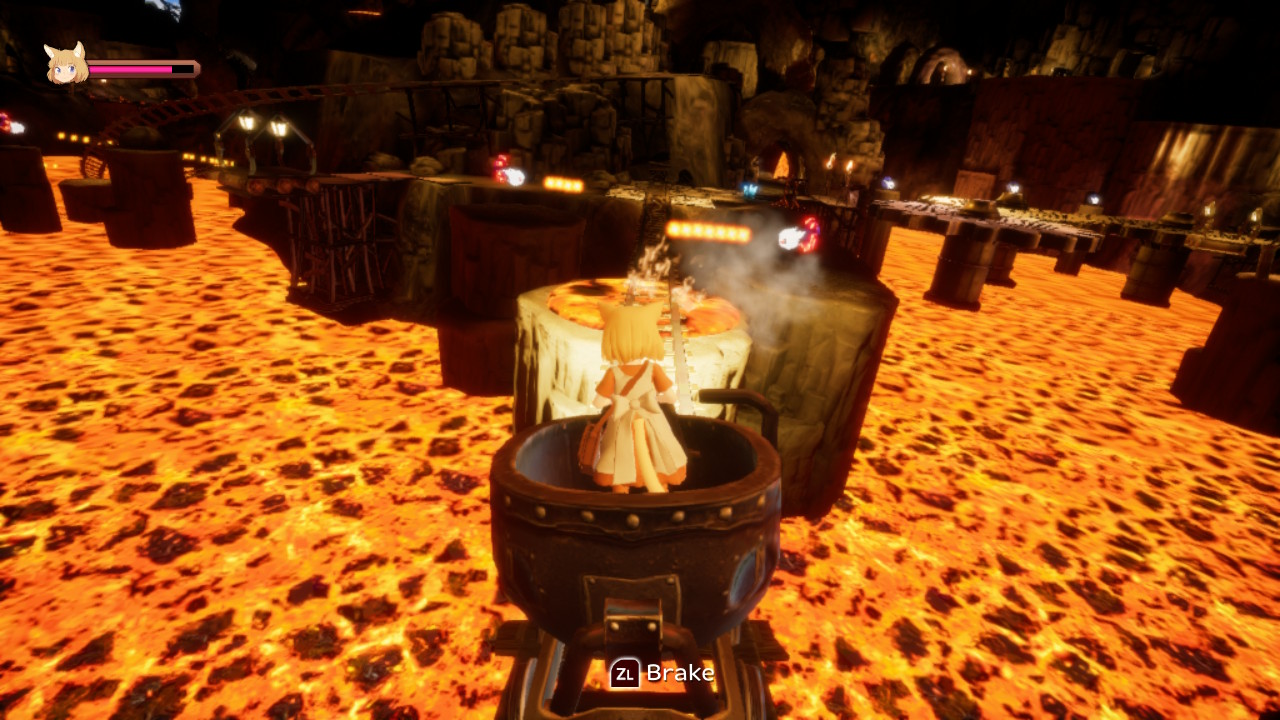 Once you’re ready to get into a dungeon, and the time of day is correct, you’ll be entering five total dungeons each unique from one another. These dungeons are littered with ghosts that you’ll have to avoid either them running into you or blasting you with an attack, as Annika can’t really fight them. Other than that, you’ll be navigating through platform sections and trying to keep where you’ve been in mind. Some dungeons can get pretty confusing on where you’ve been, where you haven’t been, and where you need to go despite some signs giving you some help. Other than that, the platforming is easy and you just have to make sure you jump not too far away from when the platform ends. Though, falling isn’t that bad as dying will just put you back a little bit before that area or will just put you in water that will give you some time before you die. 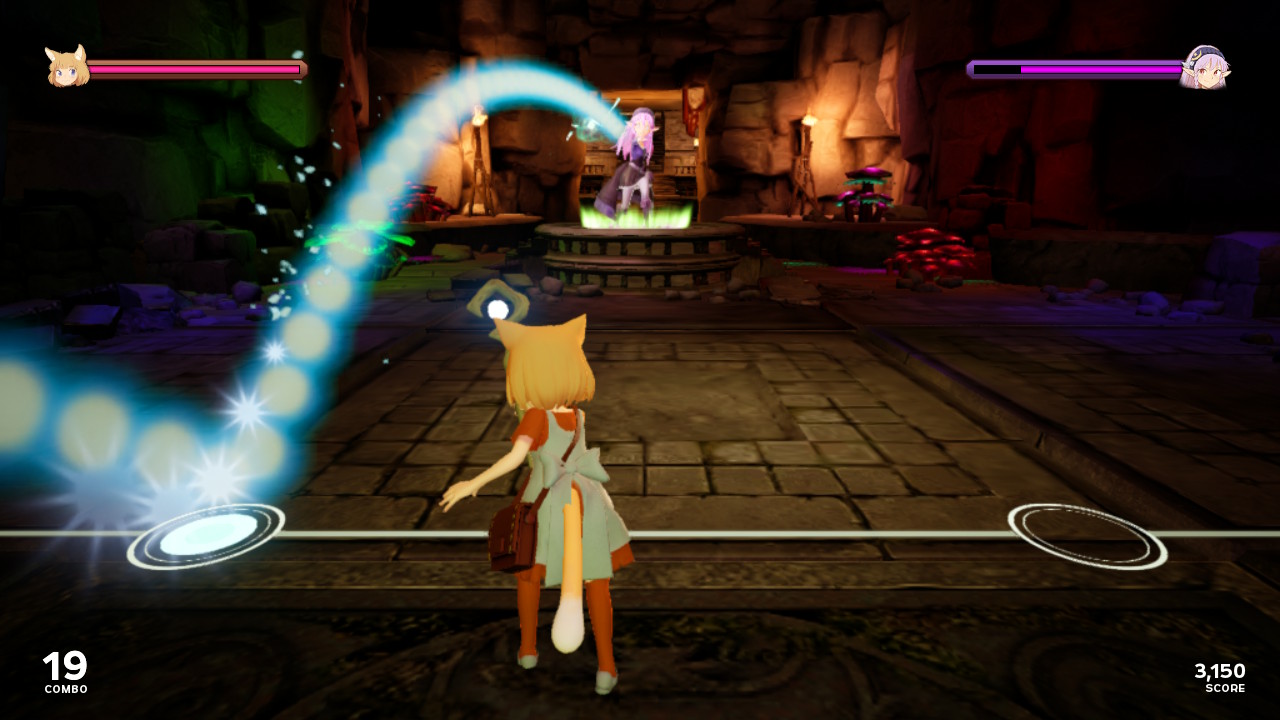 At the end of each dungeon, you’ll get into a battle with a strange elf named Lily. This is where the rhythm battles are at. Wielding a staff, Lily and her boss pet will send out notes to either your left or right. Hitting them will damage them while it’ll damage you if you miss it. There are also some sparks that will be sent out that you need to dodge as well. They get harder as each dungeon is complete and you can choose between a couple of difficulties. From what I can tell, the difficulties dictate how many notes you need to hit, where the notes are placed, and how many sparks and where they’re placed. These battles are okay, though I do feel like button presses weren’t registered sometimes and I did think it would have more presence in the game. Anyway, with each star fragment gathered, Annika will get an ability to help her out. Like actually jumping and being able to survive in water longer. 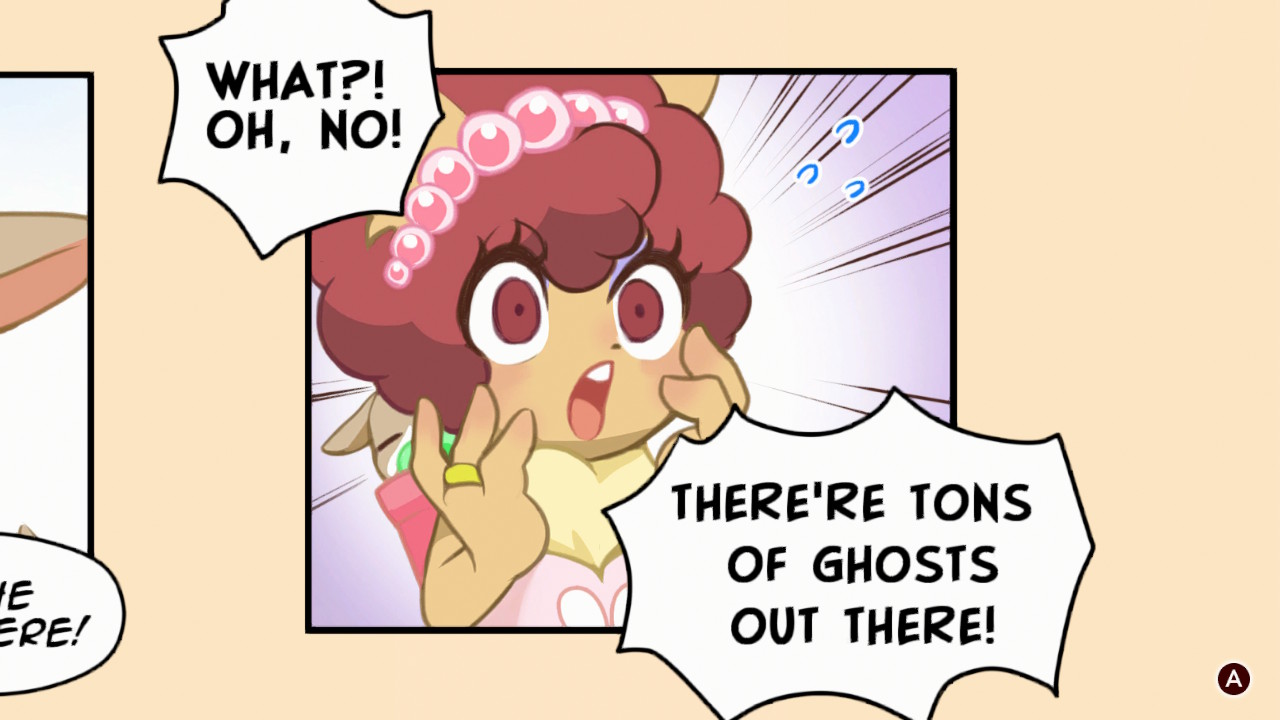 There is a collectible called meowsterpieces that you can find, which are just some artwork of cats that Annika will comment on. Most of these are hidden while some are in plain sight in treasure chests. Most of the time, there is a chalk sign pointing you to where a meowsterpiece, though you should still look in every nook and cranny. Though, some early on meosterpieces will be unattainable until after you complete the dungeon. These have to be turned into gallery where you can get different outfits for Annika to wear, with one giving a slight buff, but you have to collect 13 to complete the game.

In terms of performance on the Switch, it runs pretty well. From what I can tell from screenshots from other platforms, the game doesn’t look too different on the Switch except faces being washed out more. I played the vast majority of the game on handheld mode and there were no noticeable dips. When I got to the last two dungeons and switched to TV mode did the game lag behind sometimes in those dungeons. Though, I do think they would have done the same on handheld mode as I did go back to one of the dungeons on handheld and it lagged behind in the same areas. So if you’re just looking to play Giraffe and Annika on the go, this will handle the game no problem. 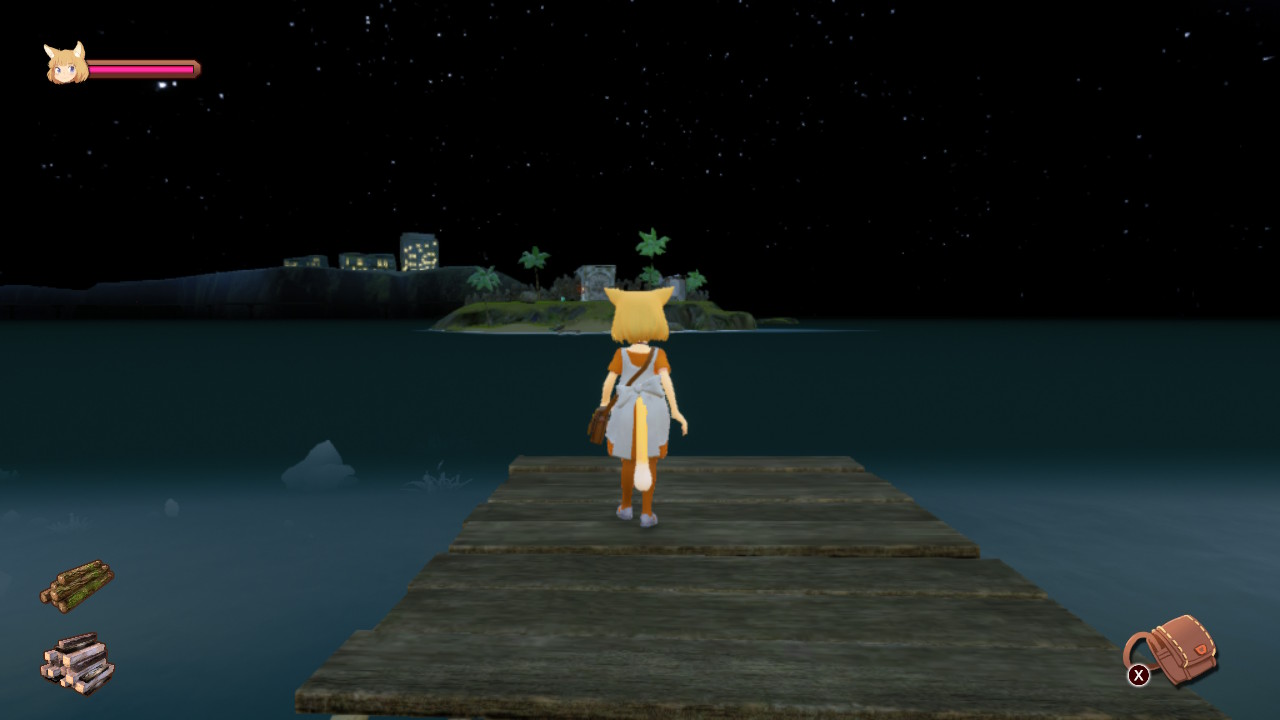 Giraffe and Annika is a cute game and I did enjoy the game enough to complete most of the achievements, mainly dealing with exploring and gathering all the Meowsterpieces, but it’s just an okay adventure game that’s pretty easy. You do get a lot of food that restores health, but there are also a bunch of blue stones that heal you. I did also like the style that it went with and the mange-styled cutscenes were drawn well (though I don’t know how to feel about that ending). Though navigating the island can get pretty annoying since you can’t jump at the beginning and the water can kill you pretty fast (which is annoying if you’re right against land, but you can’t jump up onto it). To be honest, it’s a good game for a kid to play or if you just want to play something easy and cute with no expectations to live up to. Though, you should probably wait for a discount if you’re looking for a game with more bang for your buck as the game runs for 5-7 hours considering how much you want to complete and how fast you are. This runtime isn’t a negative, as it didn’t need to be longer and it won’t make you feel like you want more once the ending comes, but it’s something to consider.