REVIEW: Kill it With Fire

An accurate simulation of a human’s life when facing a spider.

Kill it with Fire is far more ridiculous than you can imagine it is – by the end you’ve killed more spiders than the average human in their lifetime, blown up gas stations, set mazes on fire, and killed spiders you’d think would be in a Fallout game. The premise is insane and the game is far more insane than you’d guess, but at the same time, it’s also a surprisingly fun time thanks to well-designed levels and progression and a small yet noticeable amount of replayability. 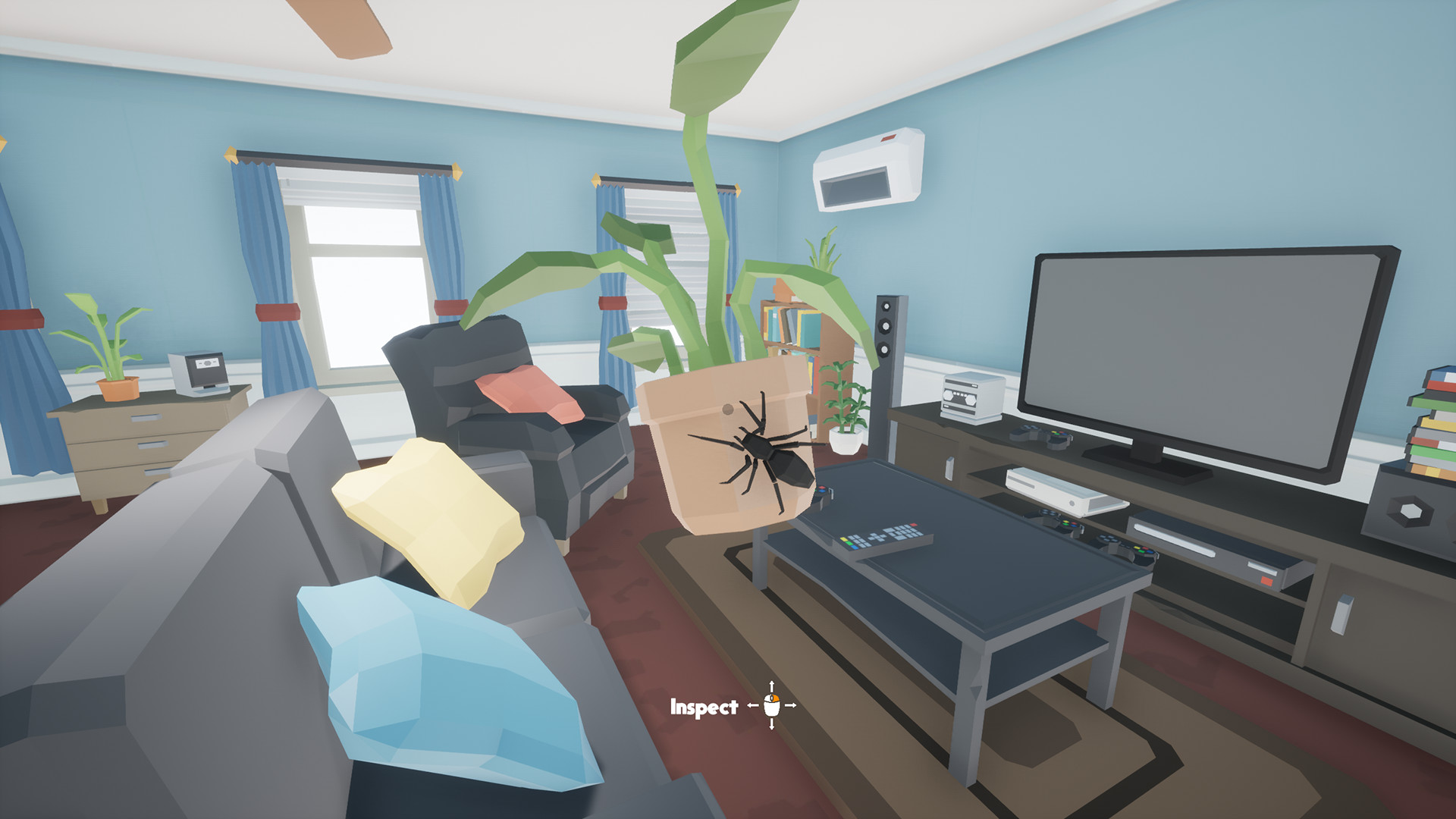 Get ready to trash places left and right as you search for every single spider you can and then murdering it in any way you can.

– Smash it with heavy objects;
– Shoot an explosive barrel next to it;
– Splatter it with a frying pan;
– Mow it down with an assault rifle;
– Make it go to spider heaven with some C4;
– Plant more C4 because why not; 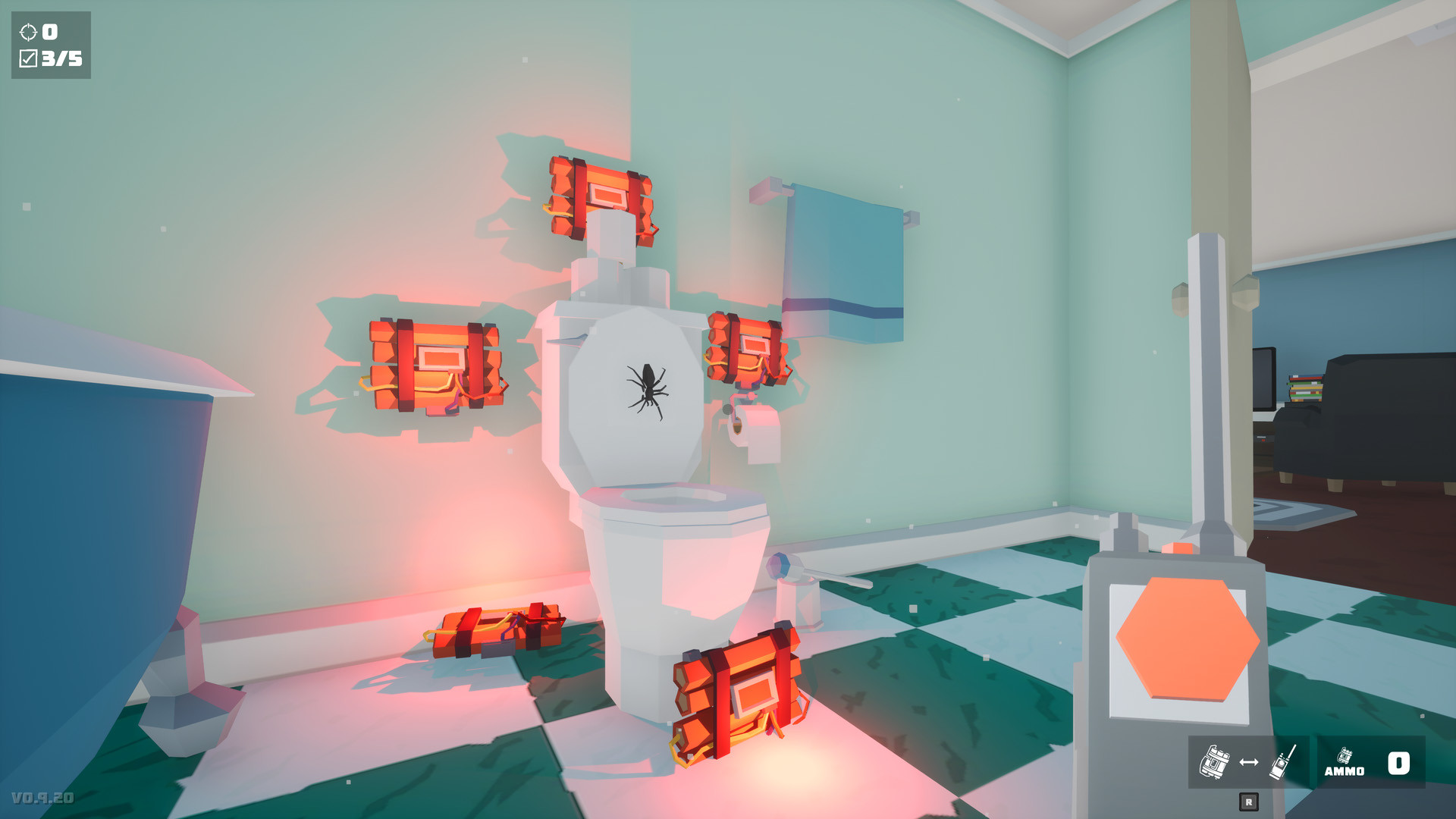 The game is split into levels usually attached to a certain theme – a house, a room (which will serve as a tutorial), a maze or the above-mentioned gas station, among others. The variety of the environments helps extend the creativity of the level design of the levels and where spiders can hide – inside cupboards, in fridges, below rocks, inside trashcans or behind a TV screen.
Spiders can be everywhere so don’t be afraid to empty containers and cupboards, break everything and throw around everything that isn’t nailed down in order to find those pesky spiders because the more you kill, the more locations you’ll unlock within a level, so explore extensively.
Secrets are also present – finding keys for locked doors or finding secret codes ou buttons can unlock new rooms usually providing upgrades for you or ammo for your weapons.

There are a lot of upgrades, for your character (such as throwing further or sprinting) or your spider detector (enabling a radar, for example, which is my favorite upgrade) and these upgrades need to be FOUND in the level! Exploration is rewarded due to how much you gain from completing the challenges and collecting everything. Not only do you need to find upgrades but also new, more powerful weapons; otherwise, enjoy playing the game with the lousy starting revolver and not much else.

Levels are short, averaging 15-20 minutes if you explore around and try to get everything each level, so the overall game can be pretty short which is the main point I’d argue against purchasing it at the asking price of 12,49€. The game has a decent degree of replay value though: you can replay any level to try and complete missed challenges or collectables/secrets as well as re-do timed challenges to score a better time and beat your friends. Since the upgrades and gear you pick up stay with you forever, there is no New Game + or anything, you can just re-do a level and you’ll have all the equipment you picked up until that level.

Overall, Kill it With Fire is a surprisingly fun spider murdering simulator – the spider variety and plethora of gear and weapons at your disposal is more than I ever imagined and it might just help your arachnophobia (not really). The only main criticism is really the lack of difficulty (spiders just run away, even explosive spiders don’t damage you in any way) and the lack of VR – this game more than begs for it and I seriously hope the developers consider adding it. 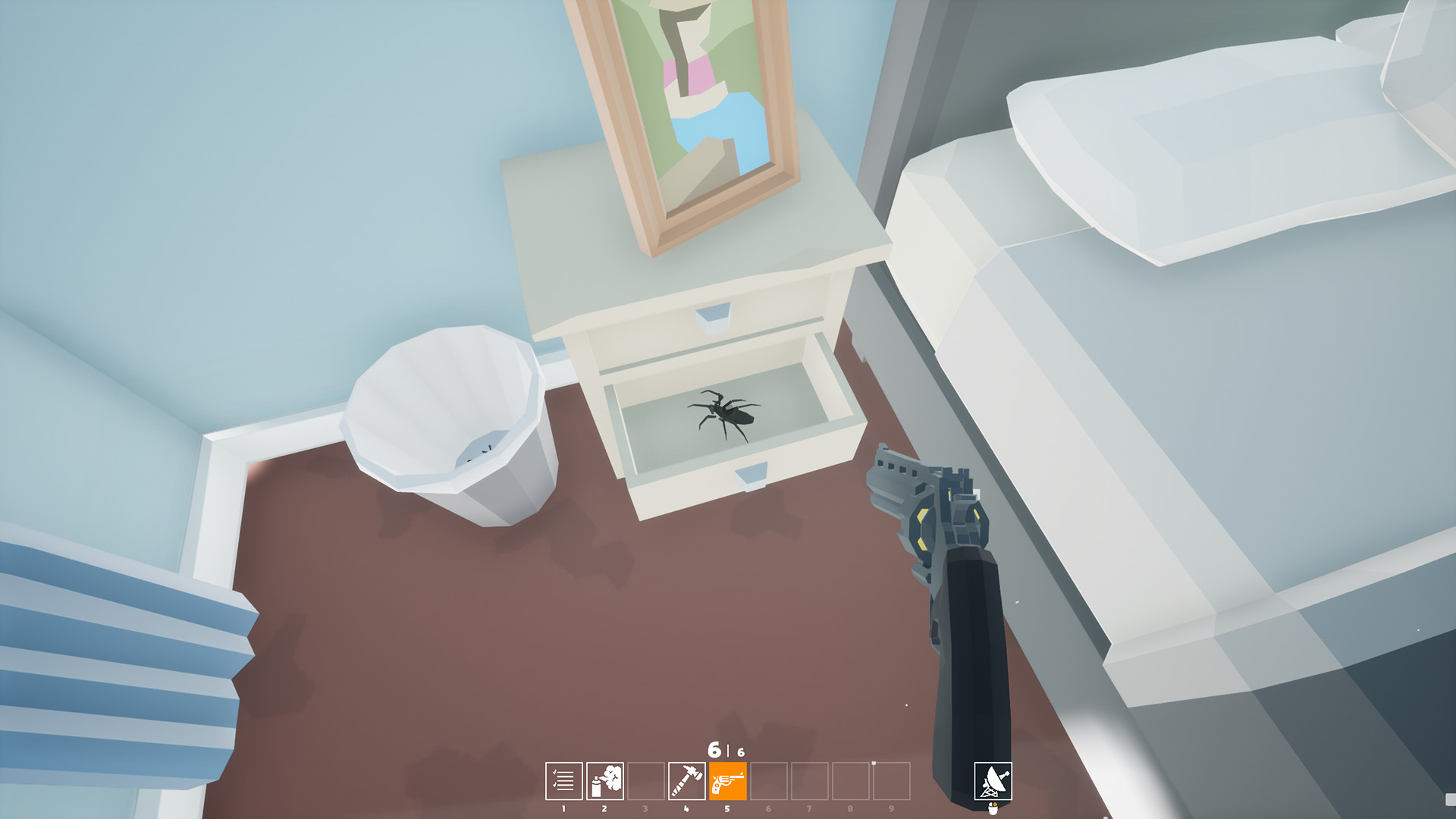 Running on what seems to be the Unity Engine, the game has a very simplistic look to it in order to ease the spider hunt. It doesn’t mean it lacks detail, though as pretty much everything is interactable and has physics attached to them. Spiders can be anywhere so explore everything!

The game looks great for what it provides the player and the level of interaction is what makes it all the better. There’s also some fire spreading physics that are surprisingly well made which will make more pyromaniac players dance in happiness – just torch an object in a cabinet, close it and watch everything inside burn along any spiders hiding there; you can also torch a piece of grass or boxes and the attached objects/grass will burn until a certain limit.

The game is very simplistic in its look and its sound overall as music is also a few repeating tracks to suit the light-hearted and humourous fun of the game with a jokingly creepy soundtrack playing when a spider is found – something you’d find in a horror movie. The weapons and all sound effects sound great, from explosions to fire breakouts or even just shooting your gun or smacking a spider with a frying pan.

The only real criticism is the spider detail may put some people off – something like a detail slider for spiders would be a great addition like what Obsidian’s Grounded did. 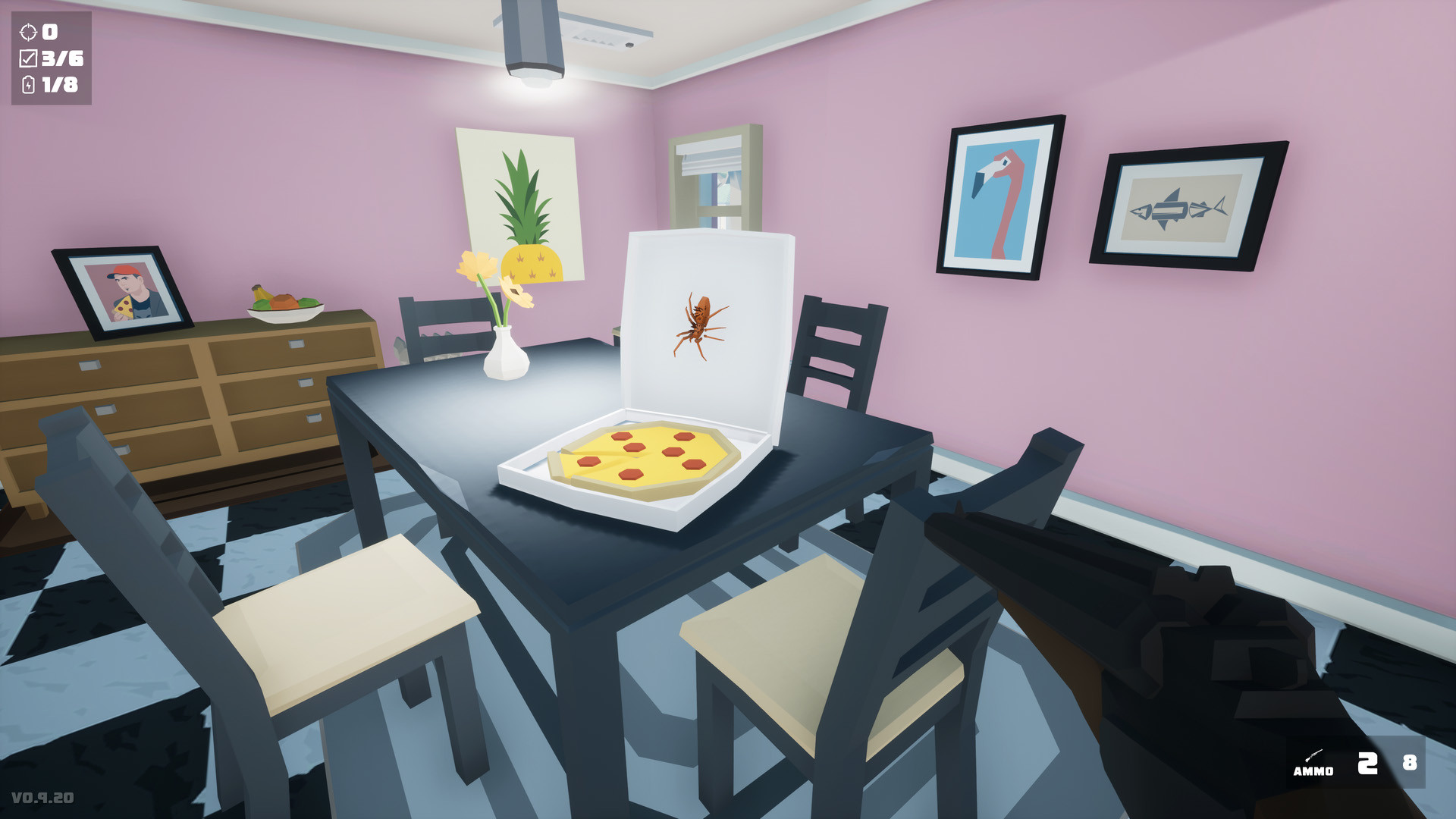 Kill it With Fire is at the core a joke “simulator” game. The asking price is what hurts my recommendation the most as it is a bit too steep for the short experience it provides but I was honestly surprised at the variety of weapons and spiders to find and the replay value isn’t null. VR is a massive missing feature, a spider detail option and maybe even some co-op could certainly improve the value of this rather short game.

If in doubt, you can also try the free demo HERE!