Finally, a game I can play as a blob.

Honestly, I never got to go to a concert. I know, lame, but I can’t help that my family couldn’t afford concert tickets back then anyway. The one concert I was actually able to attend actually got canceled at the last minute (totally not still salty). And now when we’re better off now, I live in a town where nothing happens and if I do want to attend something I’ll have to travel a long distance to just get there (my dreams of going to anime/gaming conventions are crushed). Well, if I was never able to go to a concert, I might as well go to one in a game. 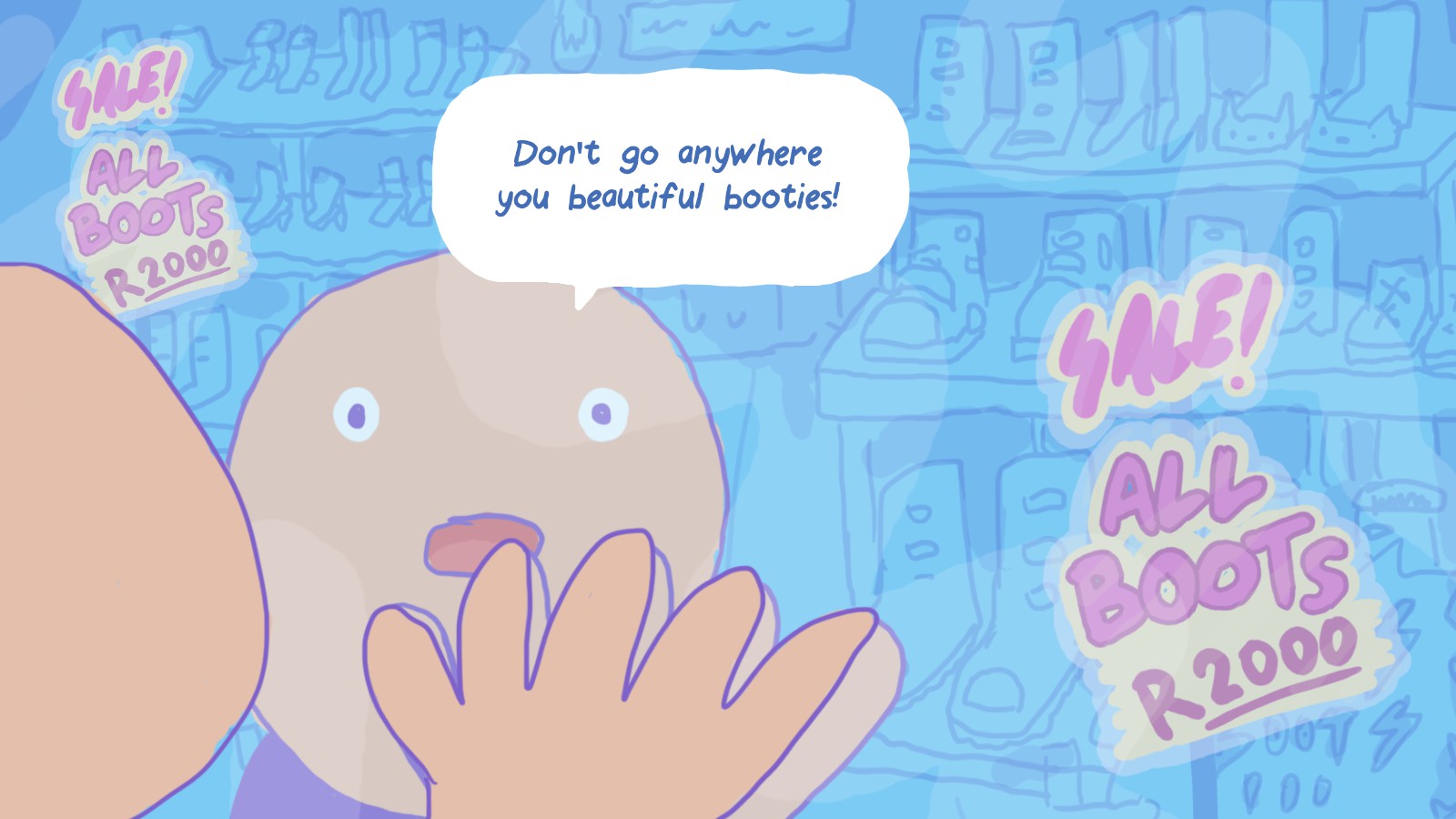 Teenage Blob follows, well, a blob teenager on one of their most important days of their life. It’s finally the day of the very concert you’ve been looking forward to. The band you’re going to see? The Superweaks. However, it’s not the day you can just sit back and wait until it’s time to leave. It looks like this blob teen procrastinated (I relate) and has a busy day ahead of them. Before going to the concert, Blob wants to get a pair of new boots and some money to buy merch. However, money is tight around the house so Blob will have to work some jobs.

Teenage Blob is a minigame collection where each one minigame is accompanied by a new Superweaks song. You always start at Track 1, called New Year, which starts you right when you wake up. Here, you get the story about the concert happening, pull yourself to a humanoid shape, get to choose what you wear (which you can dress up pretty hilariously), and talk to your parental unit either respectfully or give them the sass treatment. You’re then pushed to the overworld map where you can choose where you can go. Well mostly. You can go to the boot store and the building that’s holding the concert early to get extra dialogue. 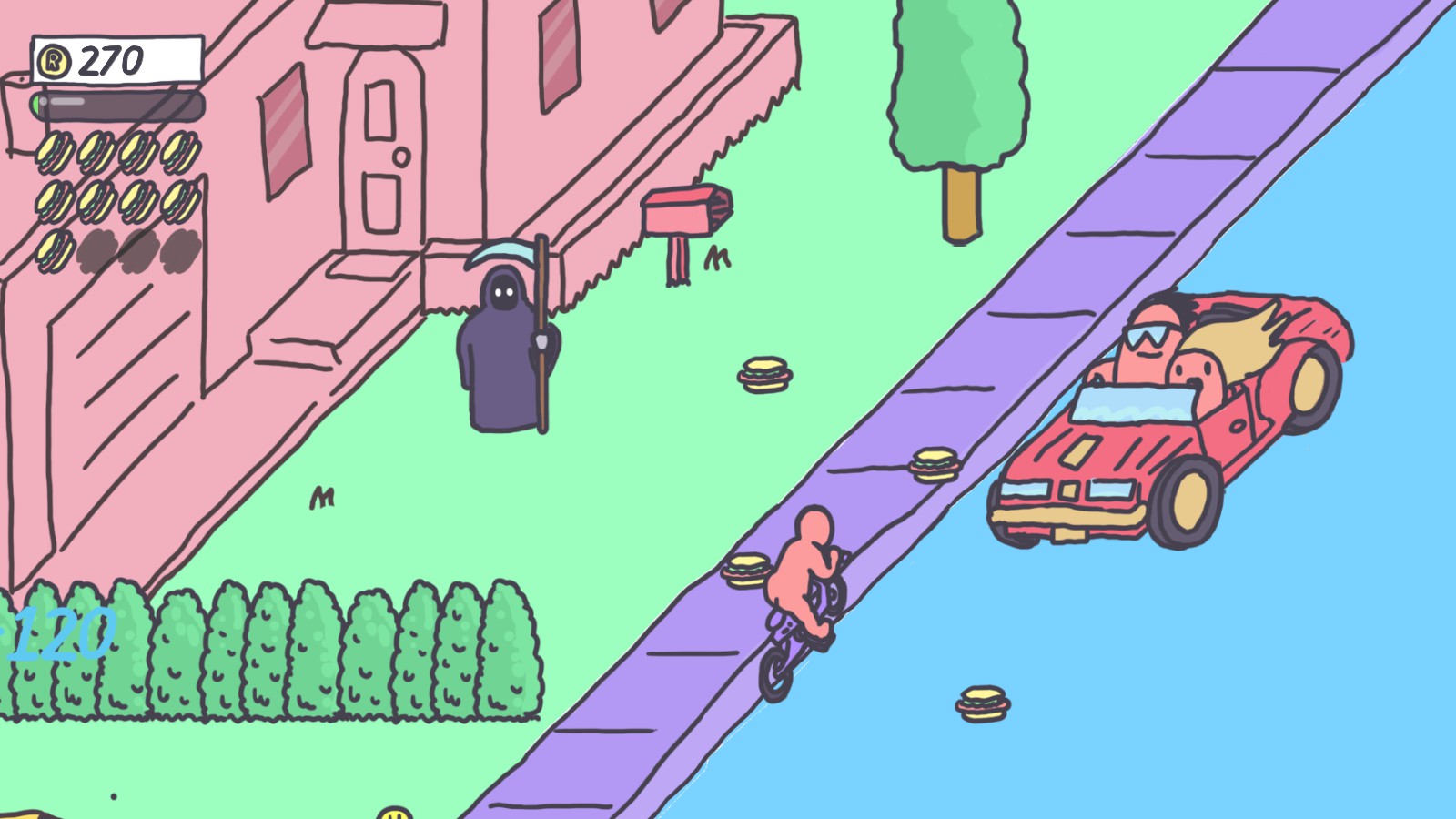 You’ll be able to do the three available jobs in any order you want. You have Paperperson, where you take a newspaper route, but for sandwiches. You’ll basically be riding your back as the screen scrolls while you throw sandwiches into mailboxes, while also throwing them through windows for the houses that dared to not pay for the service. Of course, there are many obstacles in your way that will make you fall on your face. On moments when the song ramps up or calms down, you’ll also transition into speeding through curvy terrain where you can do spin tricks or calmly riding to appreciate the scenery. Next there is Guitar Zero where you’ll be trying to sell guitars by playing one in a Guitar Hero styled rhythm game. Lastly, you have Tony Dork where you dress up as a frog and ride around on a skateboard highfiving people, doing tricks, and collecting bananas. 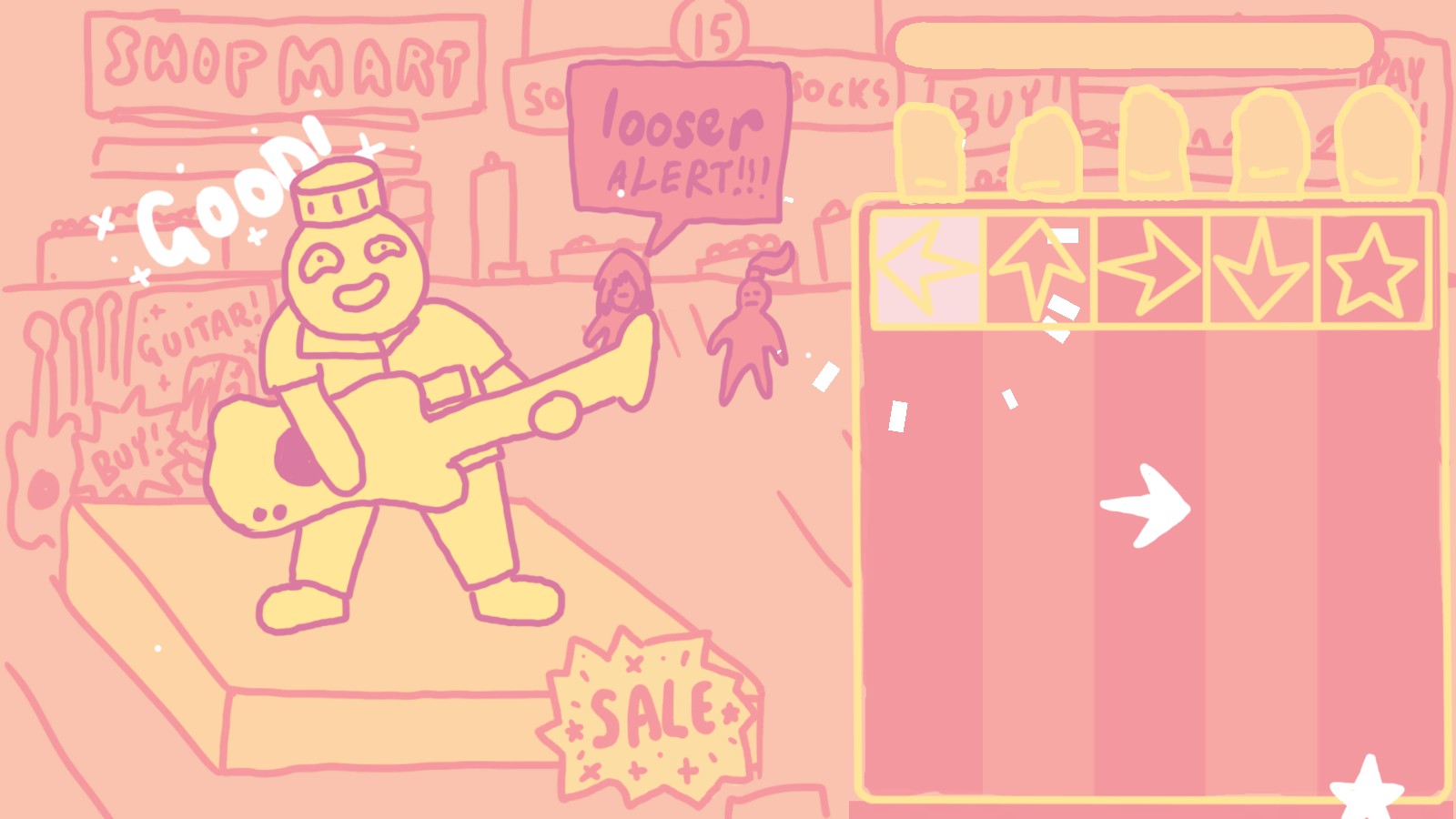 Once you complete all three jobs, you’ll finally have enough money to buy those boots! Choose some boots that you love, whether it’s how they look or the music they emit, and head to the concert! The concert just has you showing off your fancy new shoes and traveling through the building while bouncing to the beat to the music. Before sending you off, you’ll somberly listen to The Deepest Blues as you swim past the credits.

The majority of the tracks also have some career goals that you can it, which in turn unlocks achievements. So not only will you be replaying just to listen the songs again, but also be encouraged to replay the game so you can complete some optional goals. Some minigames have goals that you can complete in one run, like Tony Dark, while some require multiple runs no matter what since they involve going through a different route, like in New Year where you can sass or nice to your parental unit.

The only thing I wish was that there was an option to play the tracks in any order without having to go through Track 1 first. I also found that some of the achievements seem to not be correctly unlocking, but the team has been updating the game which has fixed some of them by the time I wrote this review. 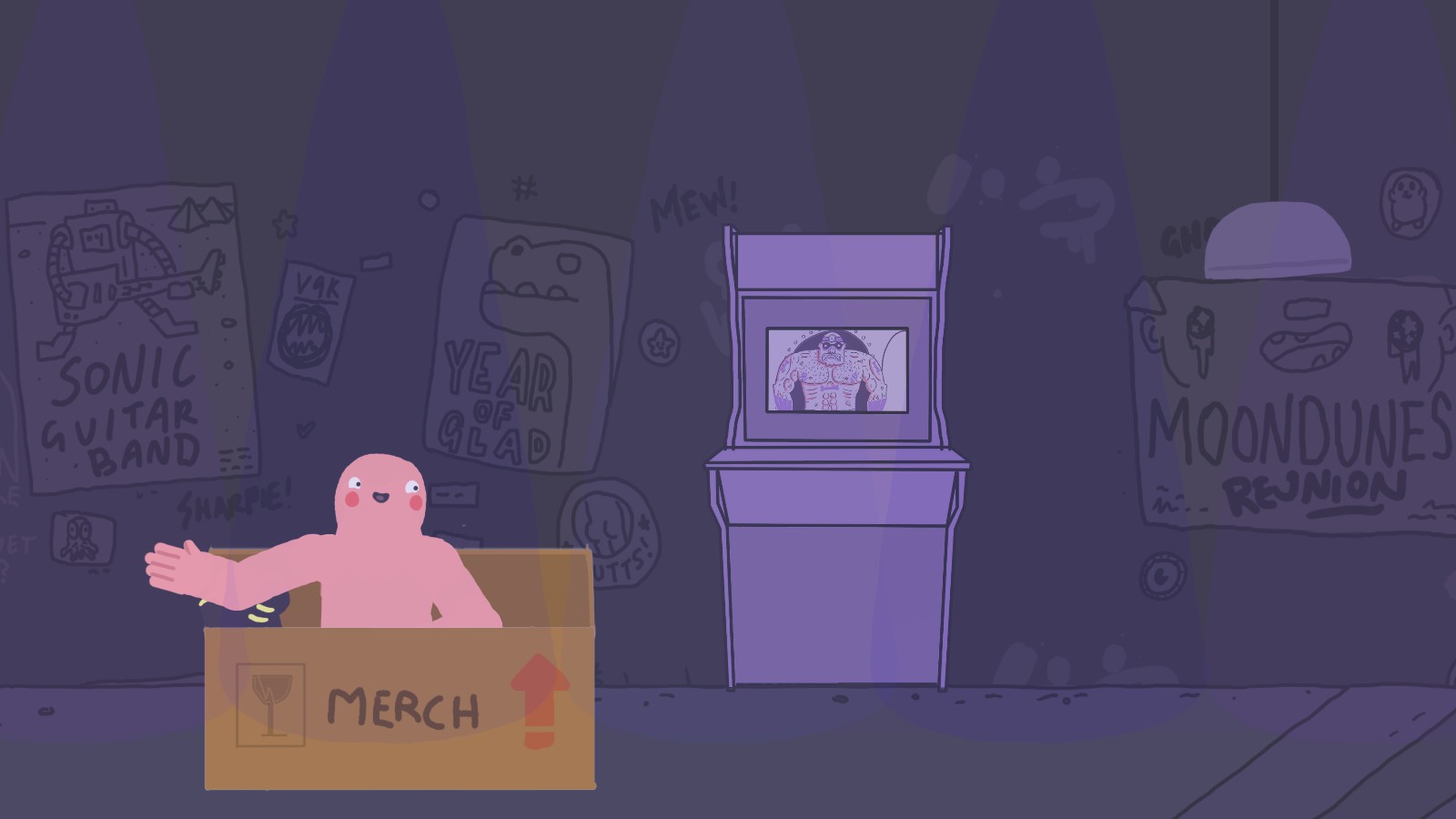 Teenage Blob is not surprisingly a short game, but it definitely fits what the team was going for. Considering that music and sound design are already very important to video games, it’s not surprising that a band decided to do a split release like this. While I never heard of The Superweaks, I did enjoy their music and it does go well with the minigames. It was also a nice touch that Team Lazerbeam synced the game to the music. This was nice fun to chill to after a particularly stressful run of other games that I’ve been player.

Now should you pick this one up? Maybe. If you already knew about The Superweaks and you’re a fan, pick this up. If you didn’t know The Superweaks existed, I suggest finding out if you like their previous songs (or at least like punk/rock music) or watch a video of someone playing the demo as the demo is not available anymore. Also, this will obviously not be worth it unless you’re planning to play this multiple times like the developers suggests.

Tl;dr? It’s like that KFC’s (not) dating sim, but way better.