Another clicker experience… with a price tag.

As someone who never lived or even visited the USA, my experience with baseball is rather short – through movies and a couple clips on youtube. I always found the sport fascinating and the video games I’ve played always served to help me learn how it works.

I played the original Super Mega Baseball a long time ago and it was a rather fun experience – the art style wasn’t the greatest and didn’t fit with the overall rather serious tone of it all. I liked the idea and it was rather unpolished but still gave me some hours of fun. 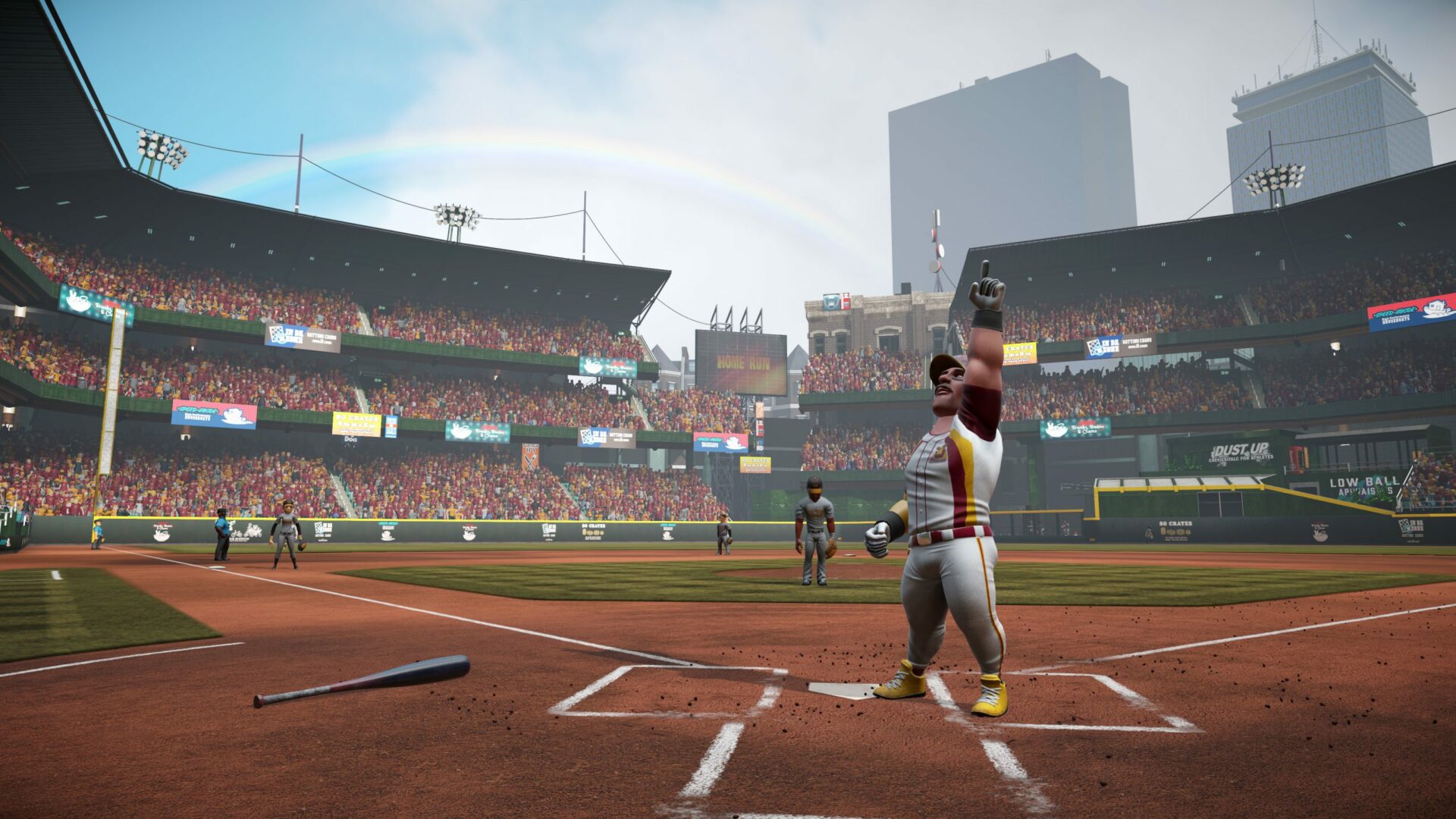 Super Mega Baseball 3 is a fun experience that adds a ton of content in comparison to the original (and even to the sequel though the comparison is a lot more fuzzy between those two games) and while it still retains some small problems throughout the franchise, the third game is by far the best of the series and worth buying for Baseball fans, at full small or on a small 25-30% discount as the 39,99€ price tag can be really steep for a casual player.

I am not here to explain or describe baseball so if you are aware of how it plays, you’ll be glad to hear SMB3 nails the feel of a baseball game perfectly and is probably the best I’ve played. The feel of the gameplay, the running sequences, the batting and especially getting that sweet home run is beyond satisfying and the developers nailed the feel of both tension and pace bursts that baseball is known for.

The biggest addition is by far Franchise Mode which works as a sort of career/manager mode you’re more used to in FIFA, PES or even Football Manager. It adds a great layer of depth and strategy beyond the pitch and allows for people wanting an extra strategy layer to their sports games. This, paired with a small change of rules from the previous games (for the better overall) allow for a generally better paces and more engaging experience.

This, paired with solid, and well done gameplay (on top of the presentation which I will approach later) gives SMB3 a really enjoyable experience that feels like an experience you’d expect for the steep price it’s asking. 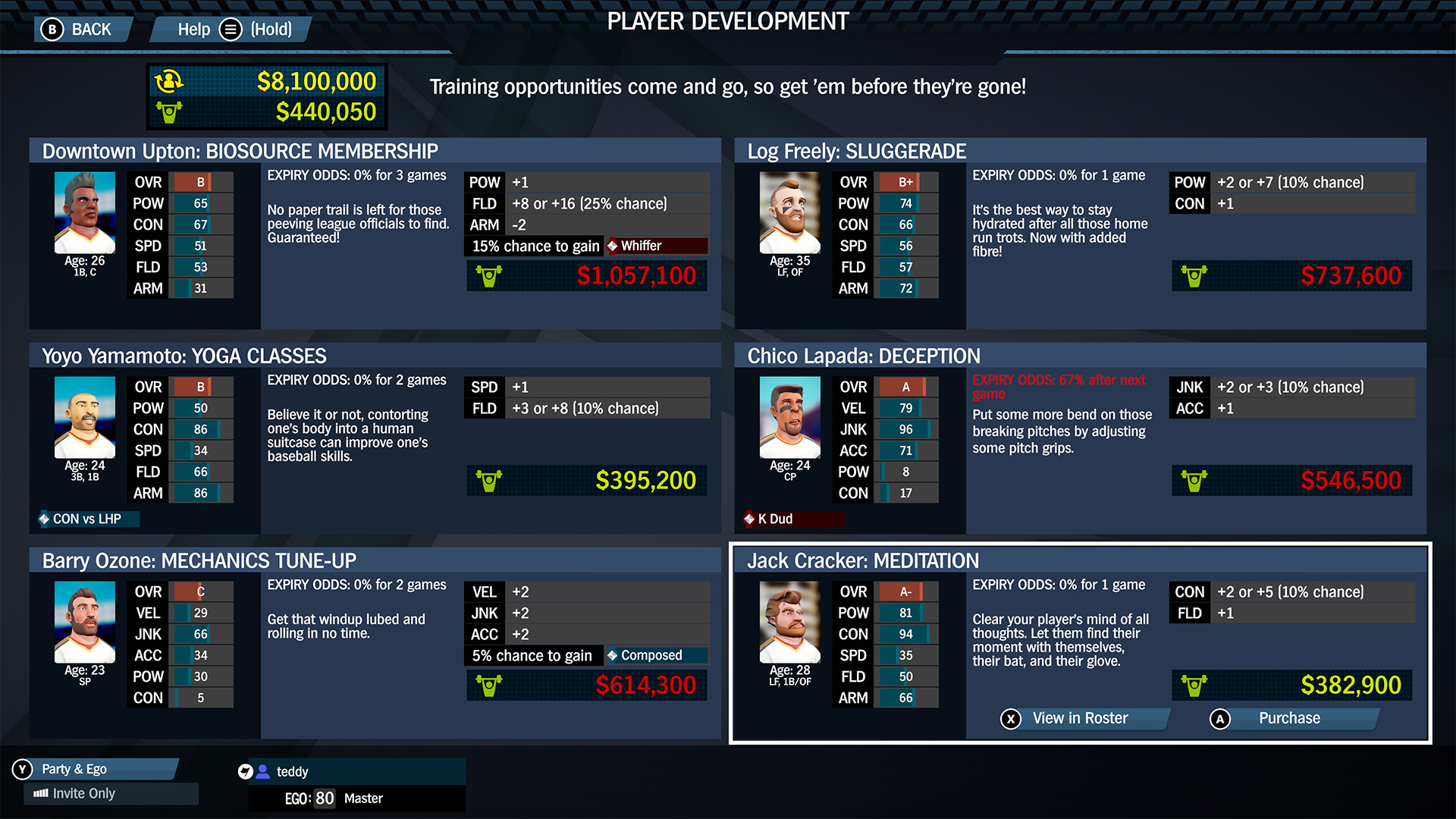 Players in SMB have traits now and their stats are important to build a cohesive and well oiled machine of a team, it’s as close to PES’ Master League mode as I could’ve hoped for and I absolutely love it. There’s an added layer that is traditional in SMB that actually fits the game and the sport really well – psychological (de)buffs based on player and team performance can change how a player may feel and play during the match so giving your best each game is nearly a must, especially in higher difficulties – here called Ego – which work as a slider, so finding that “sweet spot” for the difficulty will be a bit tough but that’s part of the experience: learning and getting down the basics first and only then really start messing with the difficulty and increase as you feel your skill and consistency improving. It’s an excellent mechanic the original already had it and it already won me over year ago and SMB3 in 2020 did no different.

Multiplayer is present and allows for matches between players, much like an exhibition match would feel. 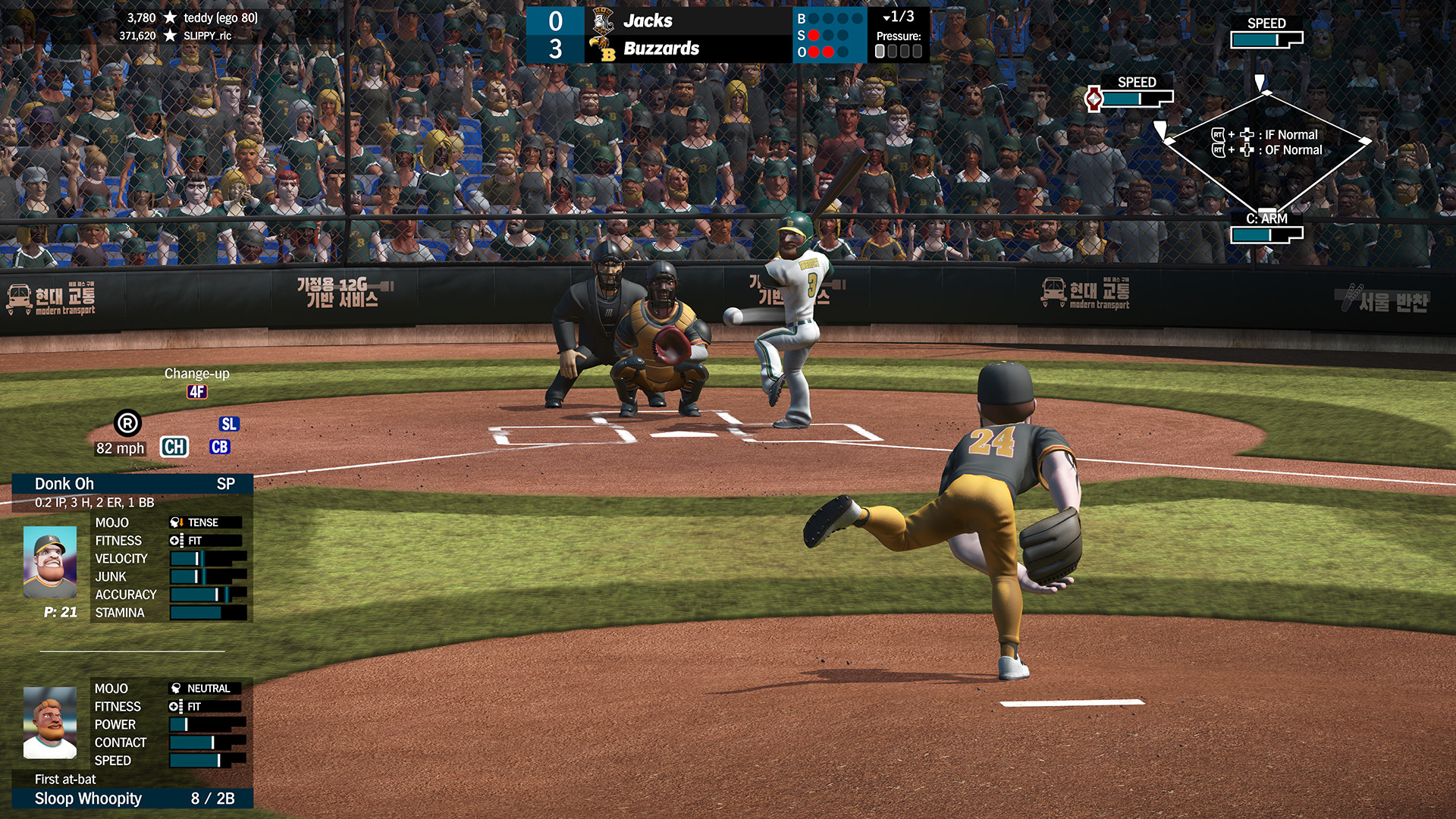 The cartoony art style has been toned down in comparison with the original especially but I know people thrown off by this, amazingly enough. It’s entirely fair as, again, I feel a game so deep and with so many layers of strategy, customization and mechanics, the graphical style would incline more on the realistic side. And while it has in comparison to the previous games, SMB3 still looks very stylish with players having overly big heads and face attributes. Animations are greatly detailed though and are an important “addition” to the game.

I saw “addition” because while some are new, the older ones seem to have been updated for this game and the animation are absolutely gorgeous to look at, giving a realistic sports feel to the game, no matter how wacky the players may look.

The scale of stadiums (which seem to include all those presented in SMB2 and its DLC’s, which is a great touch) is large and give a feel of grandiosity to the matches, especially those big season games – the intensity is through the roof! 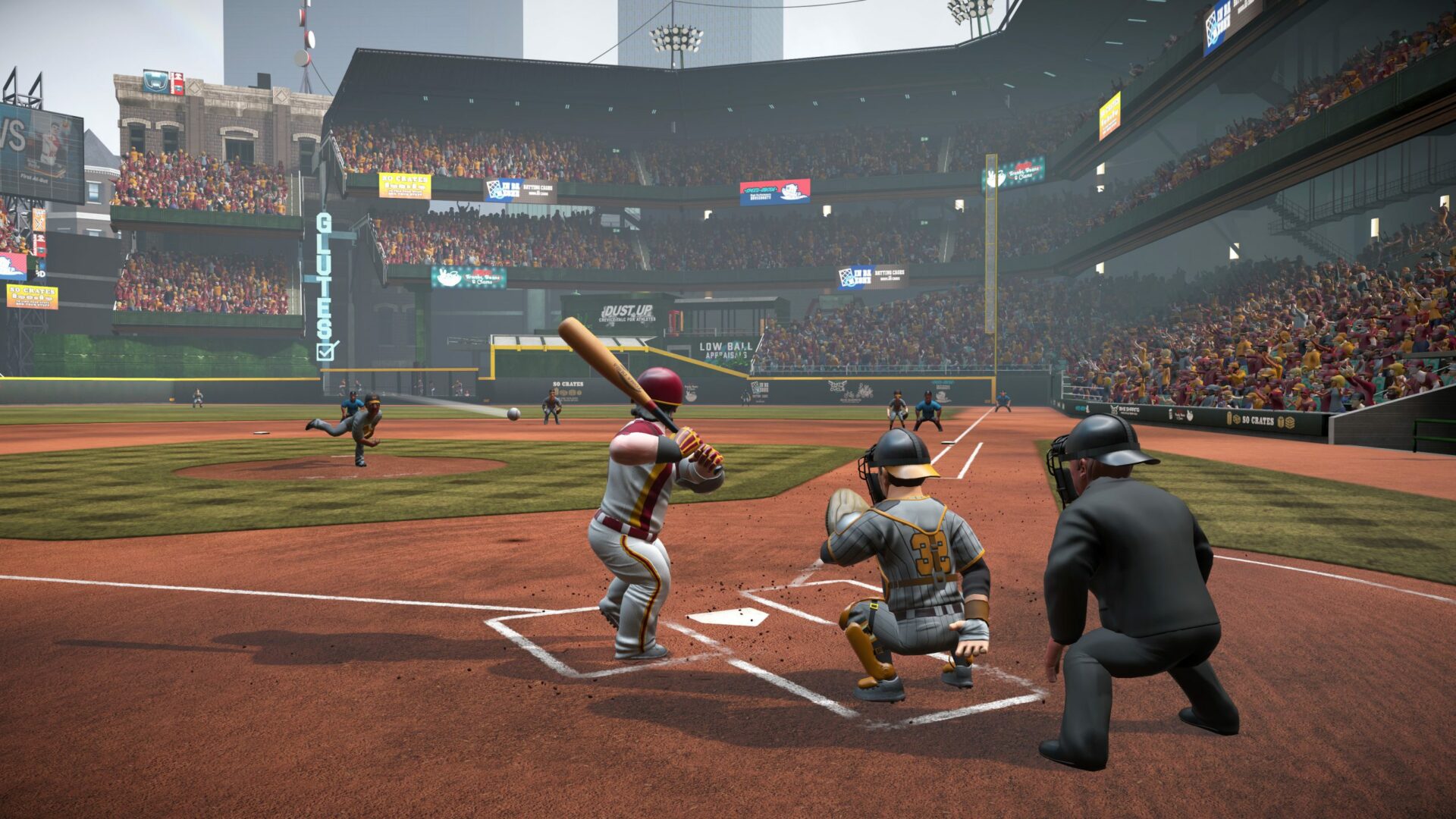 The UI is a bit confusing in Franchise Mode at first and the tutorial isn’t fantastic at teaching you, so you’ll have to mess around with the menus a bit before you get the hang of it; that being said, the rest is pretty fluid and well designed, which is great – the original severely lacked this, in my opinion. It’s also worth noting that some customization additions would be great as far as the presentation is concerned – camera adjustments during batting or pitching are an example that is really lacking, though I may be biased as I usually tend to customize my camera in football games so I would expect something of the sort for this too: the original was lacking this as well.

Commentators now say the names of all players, from my experience. That’s… fantastic. Seriously.

A great addition of depth and atmosphere to the sport, hearing every player (as long as it’s not player created, of course) of your team being called when they pull off an action is really cool and cannot be praised enough.

The rest of the audio part is equally stellar. Commentary may get a bit repetitive after a while but outside of that, there’s not much to criticize – the soundtrack is simple but great to listen to and all game effects, the crowd and commentators roaring over that insane hit is just as epic as it sounds.

Steam’s best baseball game, by a long shot. 39,99€ is an oddly steep price of admission, but for the quality presented by the game, I have no issue recommending it fully to baseball fans. More casual sports gamers may want to wait for a decent discount as the depth of the game can be offputting and the price isn’t that nice for a casual “stroll in the baseball park”.