Don’t worry, we’ll gather all those buttons in no time!

Have you been looking at puzzle games that has programming as the main mechanic, but not sure if you’ll actually enjoy them? Or perhaps you want a programming puzzle game that focuses on beginners with a steady difficulty curve? Well, Knotbot might be the game you’ve been hoping for.

In Knotbot, you control a little blue bot that get tasked to do a multitude of things. However, instead of moving the little guy like you would in any other game, you control it by programming the actions you want the little guy to make. Each level requires you to complete one task, like collecting buttons or defeating an enemy, to successfully complete the level and move onto the next. The screen is divided, having you input the commands on the left and letting you see it acted out on the right. Like the name suggests, you program the actions in not by inputing words, but nodes tied together with string and knotted together. 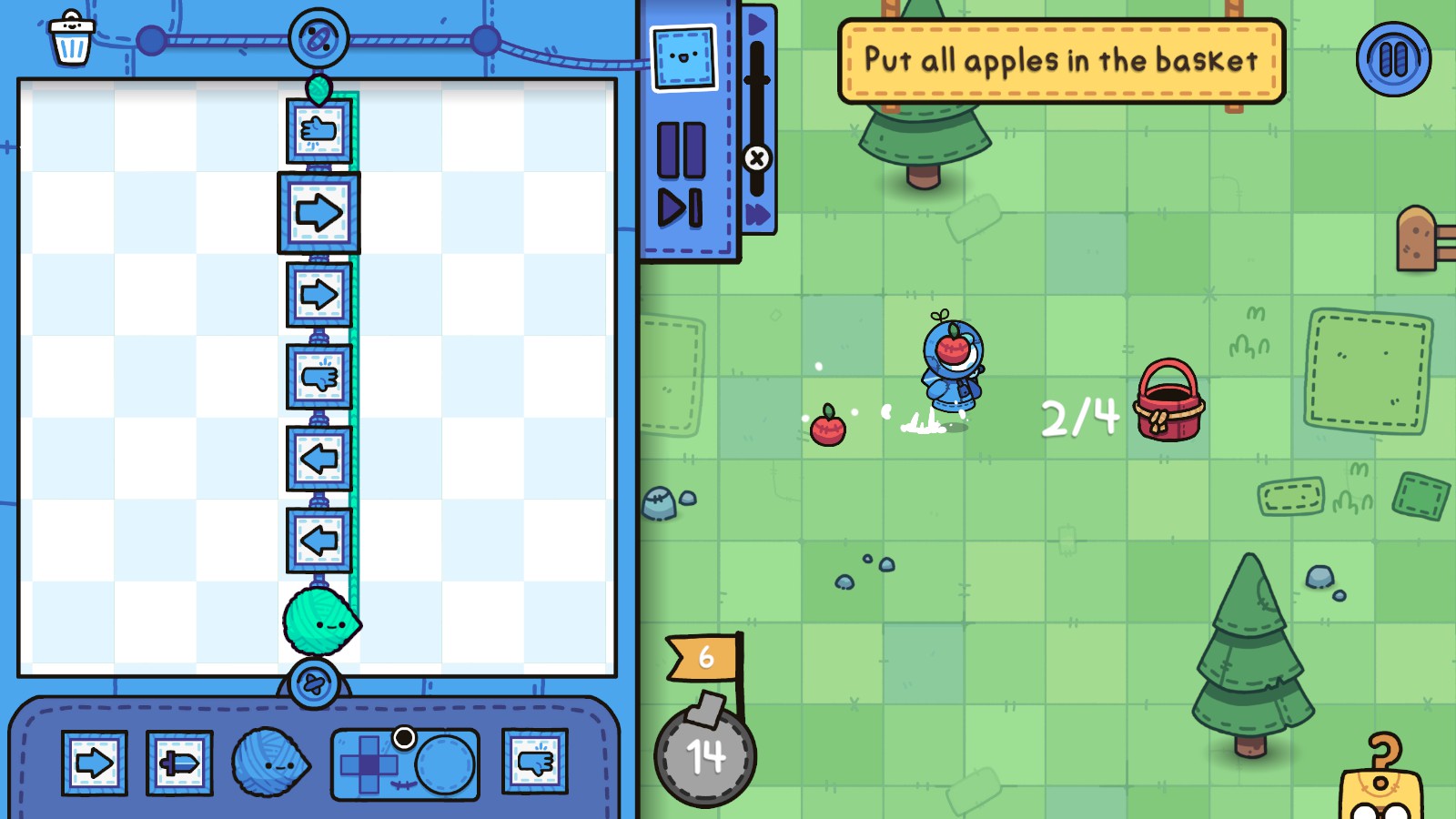 For each level, there’s a button on top that activates any nodes under it. It’s defaulted to the middle of your workspace, but you can move it more to either side if needed. From there, nodes are placed under the button and any other node that went before it. At first, you only start with the simple arrow node that dictate which direction the little guy will move in. As you complete more levels, different nodes are unlocked by a package appearing on the level map. Opening it up will have it follow you into future levels. The nodes you’ll unlock start out pretty basic as it adds the ability to pick up/drop items and a sword so enemies can be defeated. While others are more connected to their statement counterpart. One of the first unlocks is the Yarnball that let’s you stretch out its string so you can get more workspace or have it loop back to start at a previous node again if needed. There’s also the Observer node that checks if an object is in a certain direction and goes through an action depending on it is or isn’t. Lastly, there is the Spindle that rotates every node you placed. 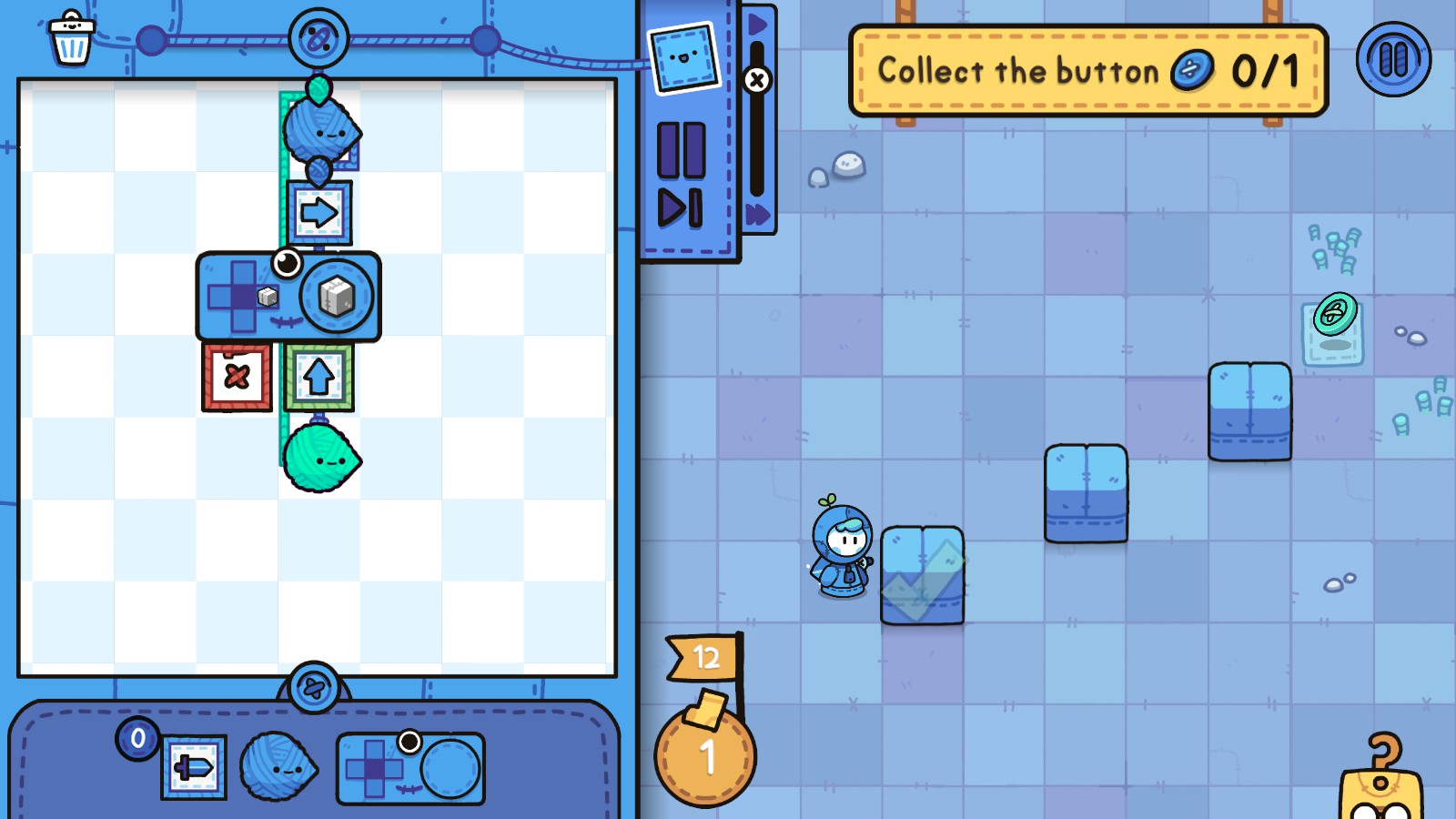 In addition with more nodes being added in, some levels only let you put down a node a certain amount of times. Some levels also have a randomized feature towards it, like certain sets of blocks moving down from their previous position. This requires you to take this randomization into account unless you just want to wait for that specific setup you prepared for (luckily your code isn’t required to be successful twice in a row).

One of the things I think is important in these programming puzzle games is gradually easing the players into it. The players won’t know what that new mechanic does, how it’ll help them solve future puzzles, or know the rules associated with it without being introduced to it. Knotbot does a great job in introducing you to the new mechanics. Not only does it through up the classic info box to tell you what the node means in relation to the symbol on it or how it looks, but also gives you a basic level to test it out before getting to the real brain teaser. 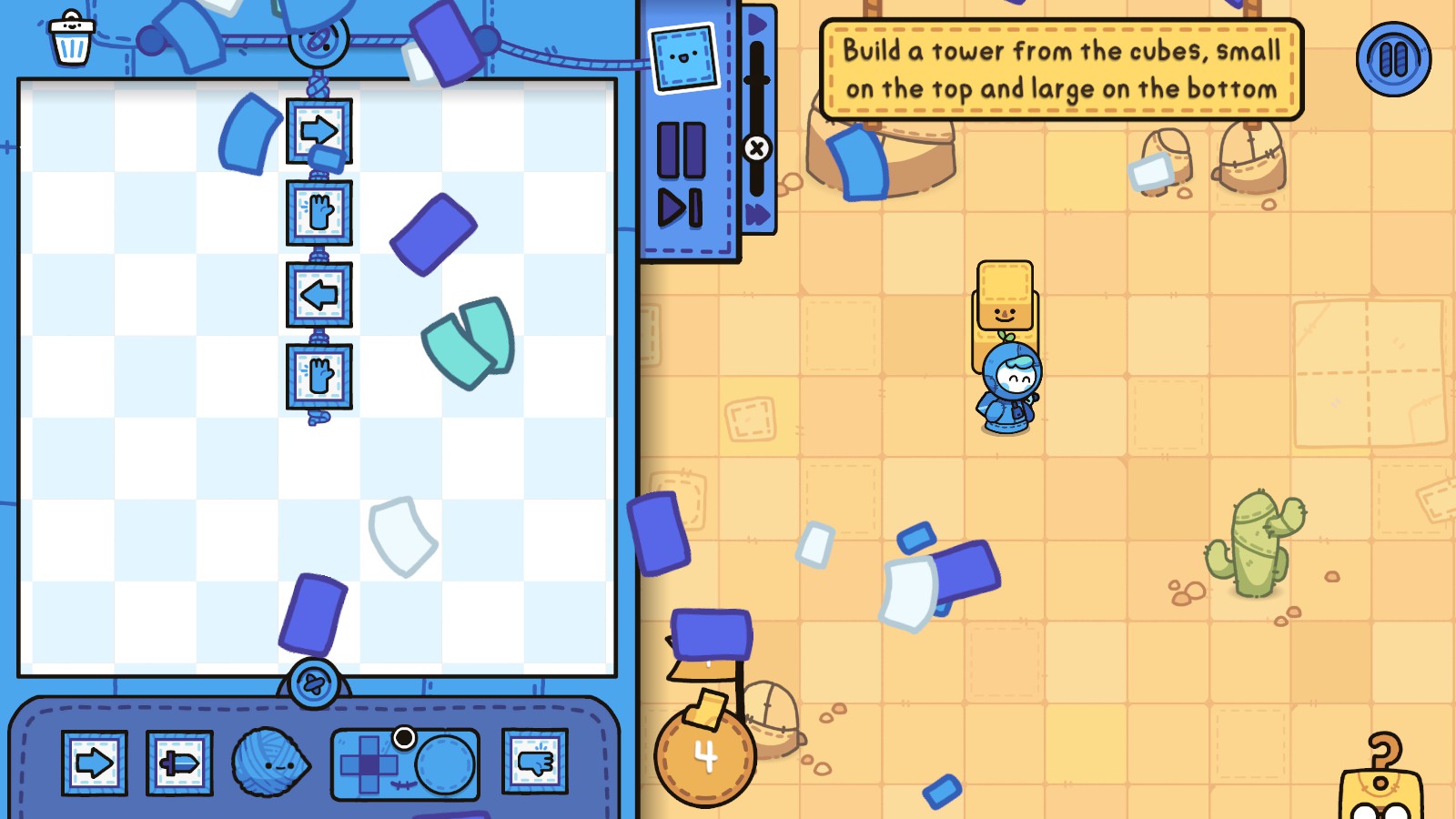 After the first handful of levels, you’re challenged to get a Golden Sock in each level. While you can complete a level in any number of moves, there is a solution that can get it complete in or under a minimum number of moves. Thus, you’re challenged to figure out what actions were unnecessary or what moves can be more neatly condensed. This is more of an optional challenge as getting a Golden Sock is purely to test you and to get all the achievements rather than doing something like requiring a certain number of Golden Socks to unlock the next set of levels.

The only downside I see towards Knotbot is that it’s a short puzzle game. There are 29 odd levels that start out short then gradually gets a bit longer to solve as you play how the inputted actions will play out in your head or actually previewing it to see your progress. Playtime will, of course, vary depending on how quickly you pick up on what the solution is and if you’re intending to grab all the golden socks. I also found it a bit difficult to follow the Yarnball’s string at times, but you can change the color to help distinguish strings. Though, the colors are reset to blue if you go back into the level. 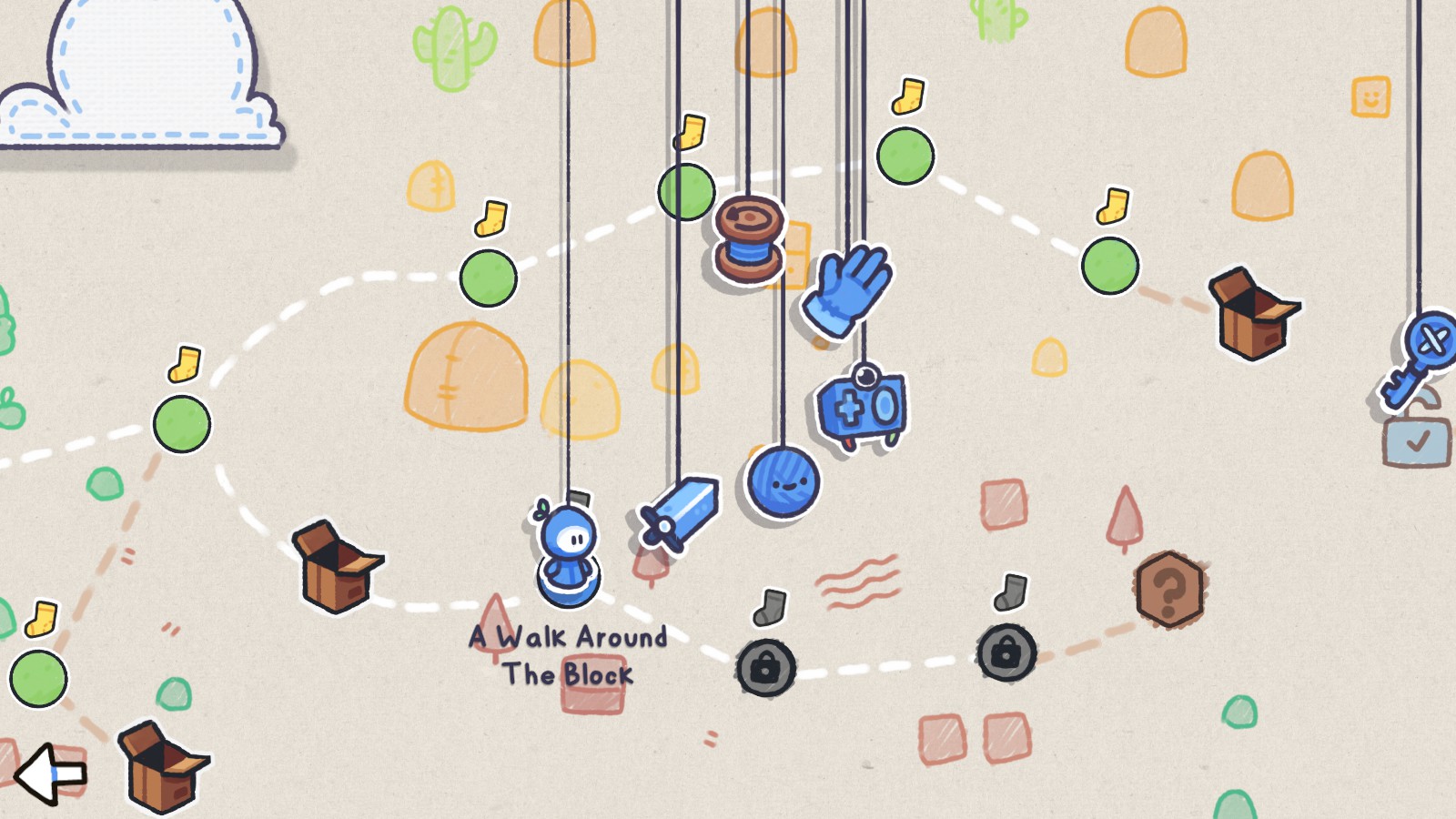 Knotbot is a very cute game that focuses on you solving each puzzle by programming the actions into the character. While this is short, and may not be worth picking up for some, it’s a great introduction to puzzle games that requires players to program in their character’s actions. If your someone that has already played other programming puzzle games and looking for another challenging title, Knotbot most likely will be too easy. It also seems like a good game to get for kids considering the cute aesthetics and that the programming aspect is really easy to understand and get into. No levels are so over complicated nor does looking at a level just tire you out.