Waiting Your Turn? Why Not Just Shoot Them?

Most of you, I imagine, are scratching your head at the funny title right now or thinking it sounds familiar, but others may have paused and thought ‘oh, that’s a series now?’. I certainly did when the game came up. To give some context, Machina of the Planet Tree -Planet Ruler- was an RPGMaker game released on Steam way back in 2015, which I played and thought was pretty good. It was a bit rough around the edges at times but the way it allowed and encouraged you to chain attacks in battle and rack up tons of damage was very fun, and it had a likeable cast. Definitely worth playing since it isn’t too long and goes for pretty cheap in sales. But what’s the sequel like, you may ask?

Well, quite different actually. Instead of a top-down RPG, -Unity Unions- is an action game in total 3D. Not an uncommon change these days, and one I have to give credit for. It’s always nice to see developers willing to experiment. The game is set in the same universe as -Planet Ruler-, sharing lore and concepts, though it’s about different characters.

You play as Corona, a young gemstone magician who ends up awakening Arcturus, a Machina (basically a living artifact from days long gone) who formerly served her mother, and now forms a contract with her. Not a moment too soon, as him waking up also heralds the release of Nova, a life-form that could pose a threat to the entire world. Stopping him, naturally, falls on you.

I said -Unity Unions- was more an action game, but specifically it’s a 3D shooter. Each level has you using Corona’s spells to fight wave after wave of enemies which either crawl on the ground or fly at you. Playing it for a bit, it occurred to me that the philosophy -Planet Ruler- followed was still alive and well, since as fun as it was to play you really could tell it was an RPGmaker game at times, with some bosses outright plucked from packs or just the default assets with the program. 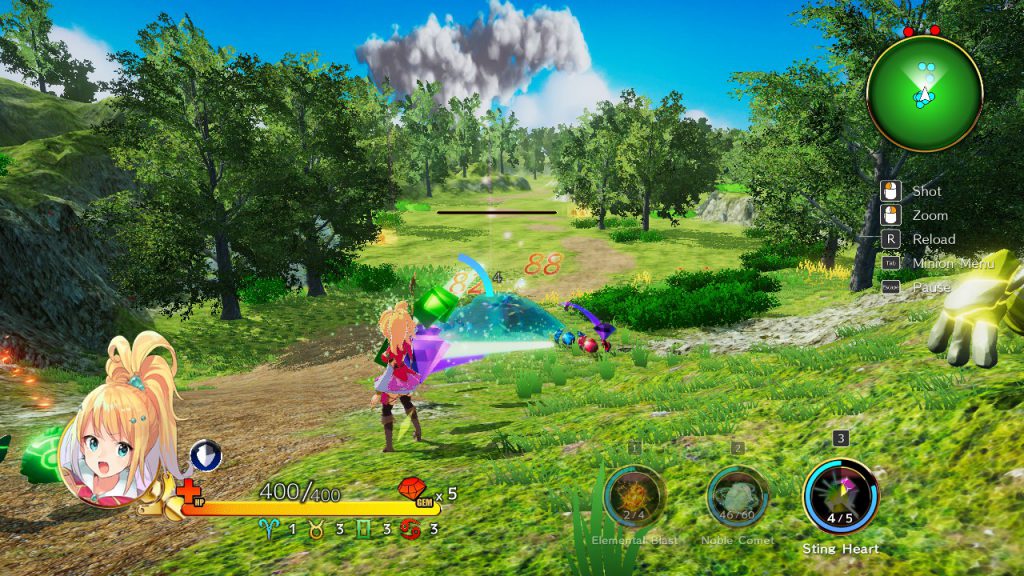 This game isn’t quite to that level of course, but it does feel very conservatively made. The enemies all have fairly simple animations and even Corona’s model feels a bit janky in how it moves. Also, the only time you’re actually in a 3D environment is in the levels themselves, with the story being progressed between them in visual novel sequences.

However, having said that it definitely follows in -Planet Ruler-’s footsteps in the other way as well, since the actual gameplay is very fun. Corona can equip three staves into battle, each with a different spell attached to it, and these range from things like rapid-fire shots, area of effect blasts, and even long-range bullets if you want to play the sniper game. Every stage has a very generous amount of enemies that you can blow away with whatever you like, complete with colorful damage numbers popping up. New staves are dropped randomly during stages, giving some variance to each playthrough.

That’s not all Corona can do, though. Once Arcturus comes into the picture, Corona is able to summon minions during stages to help her. These come in four categories: Defense to buff your defense, Support to heal you, and two that attack at ranged and up close. They actually help a fair amount to take the heat off you, and after finishing a stage you do get a full rundown of how much each category contributed, which is a nice touch. 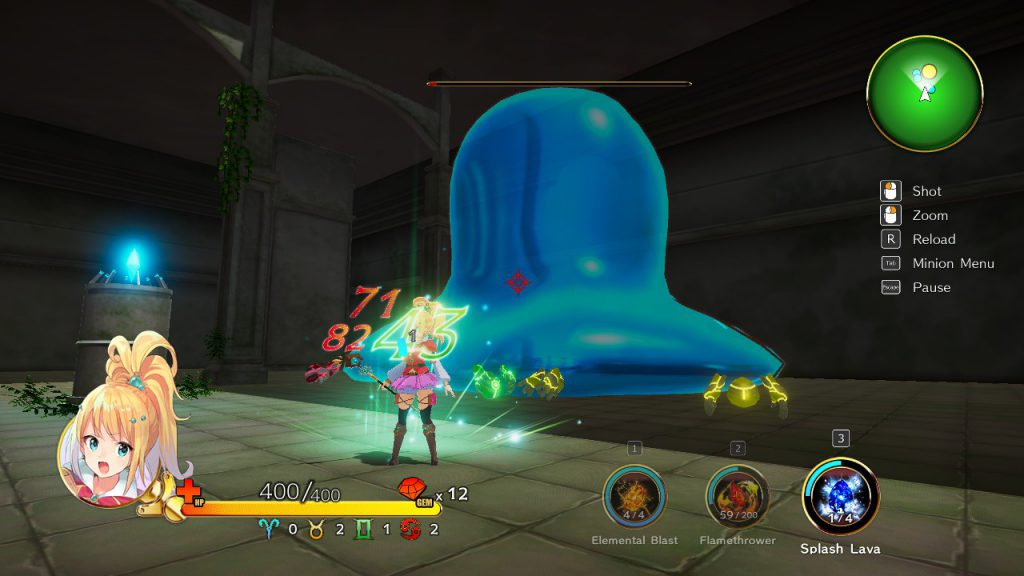 With these two things put together, there’s a surprising amount of customization in the game. You could go for a balanced load-out on Corona, or give her all the most damaging staves you find and rely on her minions to pick up the slack while they’re on cooldown. Between missions, you can also level up Corona or her minions using resources you get fighting monsters, though it’s generous enough at handing those out that you can upgrade them both equally.

I can still think of some things that might turn people off, though. As you can probably tell the game has a pretty healthy dose of anime tropes to it, which I don’t necessarily mind but others might. I also find the characters less interesting than the ones in -Planet Ruler-, who had some fun banter that isn’t here so much. 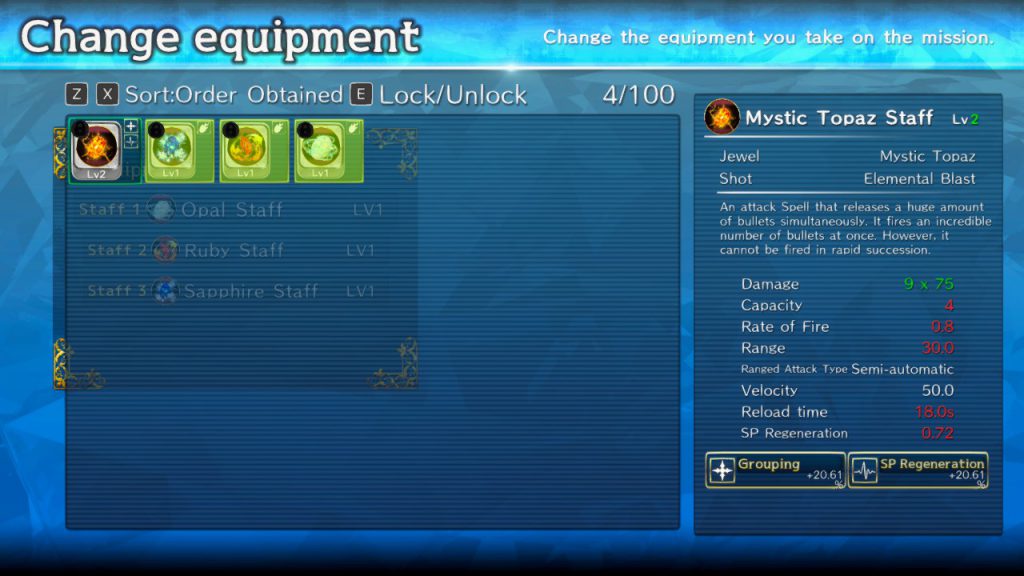 Another is its length – the steam page claims that the game has sixteen missions including some optional ones. A couple hours has been enough time to take me through ten of them, so it strikes me as a fairly short game. However there are achievements for several higher difficulties, so if you enjoy it there does seem to be a higher ceiling to the gameplay. The game is twenty dollars though, and how much of a value that is depends on how much you end up enjoying the game.

I ended up liking -Unity Unions- a lot more than I thought. It’s a simple enough shooter, but sometimes that’s what you’re looking for, and it gives you enough tools to mess around with, and good enough feedback from those tools, that I couldn’t help getting into it. I give it a Save.