Someday You’ll Return is a psychological horror game with more genres included than ingredients in a can of “insert name brand cola here”. It’s a dizzying whirlwind of stealth survival horror, first-person platforming, adventure game style puzzles, rock climbing simulation, environmental puzzling, potion crafting, chase scenes, and I think some kitchen sink plumbing, but I could be wrong on that last one because it may be sewer pump maintenance instead. It is somewhat held together somehow, but on top of that the game is marred by frustrating gameplay due to some odd design choices, bugs, and a story that, while slightly intriguing, ultimately falls short because it just does not have enough moments to get the player involved in the 20+ hours it takes to finish and the main character is simply a terrible human being.

It’s a shame the game is not as enjoyable as I expected. There are some nicely directed scenes and a beautiful forest world that isn’t too bad for an indie game made by two guys using the Unreal engine. You can tell quite a lot of work went into making the game, even though the graphics aren’t up to par and the sound effects are mediocre. The puzzles can vary from ultra-simple to “seasoned adventure gamer hard” and it’s odd how it quickly jumps from one to the next. Stealth is no walk in the park and reminded me of Outlast quite a bit. The environmental puzzles do take some time to understand since the levels are so broad and you have to walk all over the place to find a little object just to add it to another one in order to progress. Exploration is key and, even then, the solution may not be obvious as you can walk past the answer repeatedly for sometimes an hour or more because it’s hidden away so deviously. It’s like pixel hunting, one of my least favourite experiences. If you play adventure games, you’ll probably be fine ( I think ) but some of the puzzles in the middle of the game could be infuriating for those who don’t enjoy puzzles. 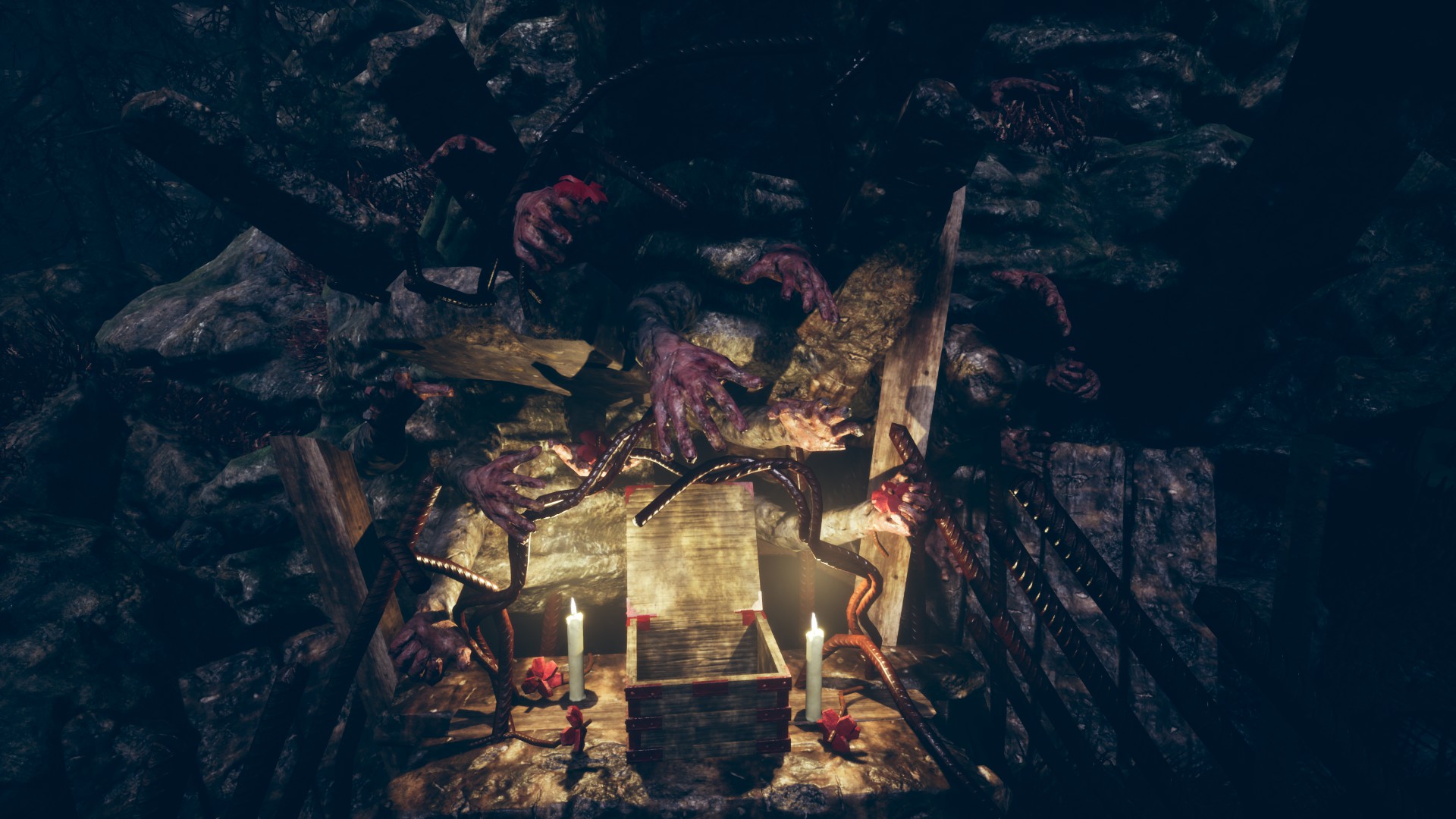 I found the first-person platforming okay, but the slow down on balance beams can get old quickly when scenes are tense. There were areas where it felt overused, but I thought the multi-story balancing was brilliant, even though I fell down a number of times. Rock climbing is one of the major means of traversal, and it is not always obvious how to go up because you must carefully select your steps or reach a dead end. This really makes you think and that’s a plus. There are also herbal potions to be crafted and tools used in both puzzles and general level segments, though how to use the tools is never explained. These are not unwelcome additions, and I enjoyed crafting potions, though it did seem almost randomly added to the game. I was unable to get all of Stela’s scenes too because I simply ran out of ingredients, which was a major downer. 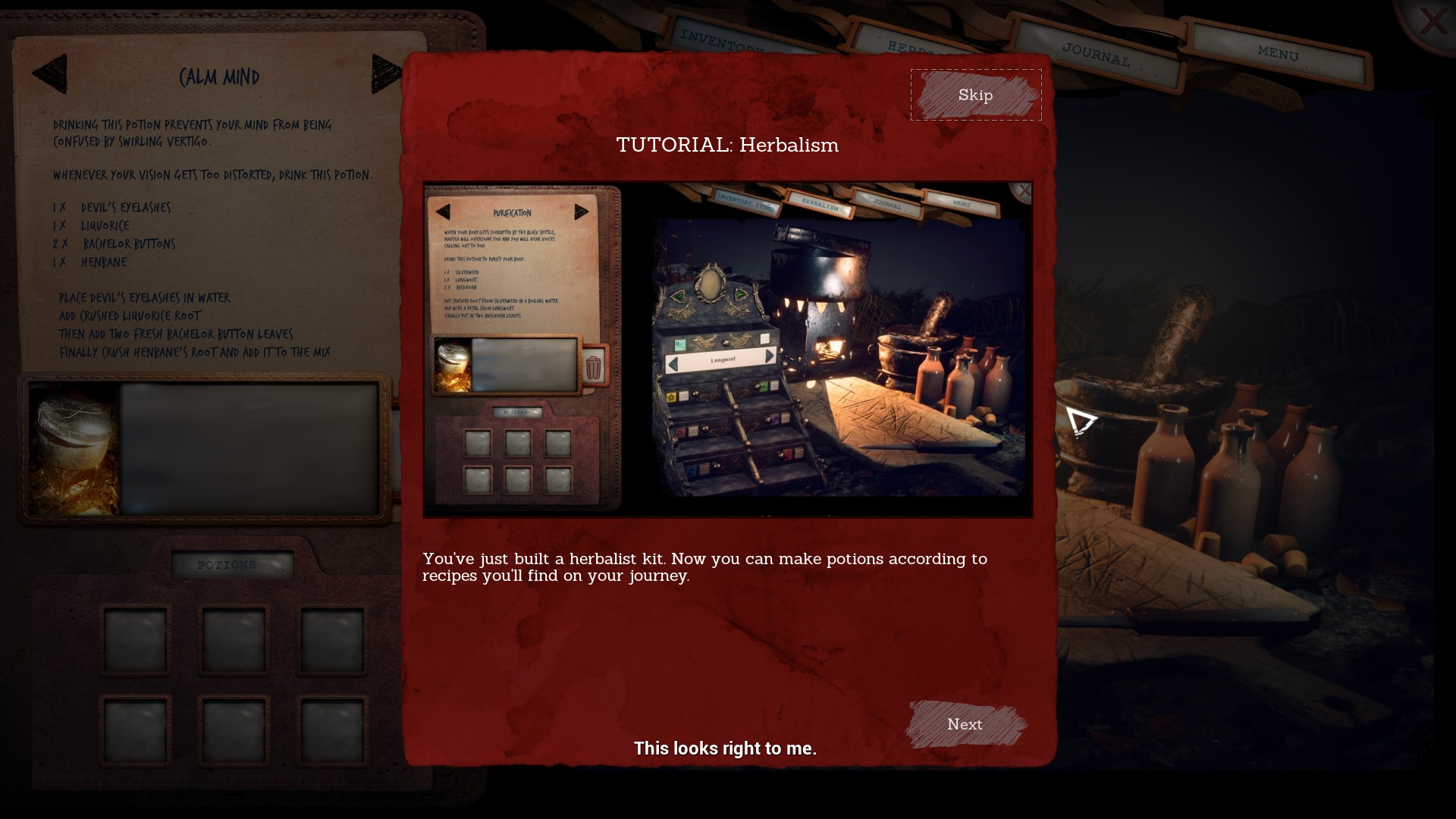 The story is hit or miss. It’s some serious subject matter, and on top of that the game has what may be the most unlikable protagonist in video game history. His name is Daniel and he is foul, cruel, petty, and just about every other horrible attribute in the dictionary. So, going in you need to know Daniel is just awful, has no redeeming qualities, and that he mostly goes on and on in an offensive manner. In his search for his daughter Stela, Daniel relives past memories and more ugliness is revealed with his marriage and his treatment of Stela. The story is a bit predictable and never cements itself as well as it could, but it does make use of some dramatic moments occasionally. The voice acting for Daniel is mostly grating, though I am not sure it is entirely the voice actor or if he is just directed and written that way. From the beginning scenes, you can tell the voice acting is not great. Daniel also never lets up with his insulting manner and is obnoxious every moment he opens his mouth. I think that is what the story hinges on for content, the character must be unlikeable for this madness to continue. However, Daniel is just too unlikeable to the point where you may even want to turn the audio off. Not a pleasant trip through his memories by any means. 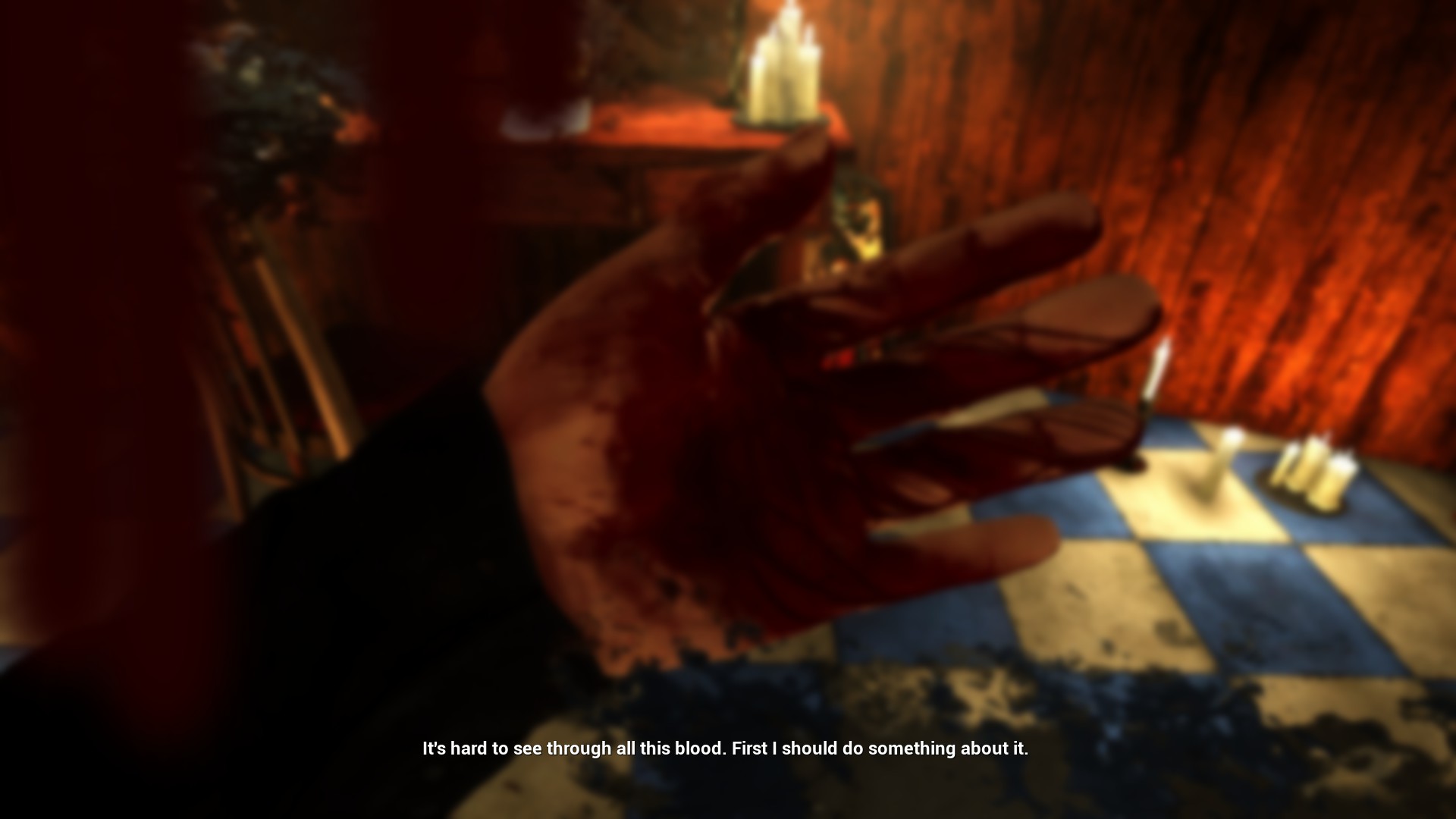 For horror elements, keep in mind it’s psychological horror. While I had some truly terrifying moments wearing my headset, it’s all about his inner demons. There are monstrous enemies and lots of stealth-based walking and avoidance, but that’s the extent of it. If you are looking for some truly horrific stuff, this isn’t it. However, it’s still scary nonetheless and there are times when I was very startled or dreading running into the “fog children”. 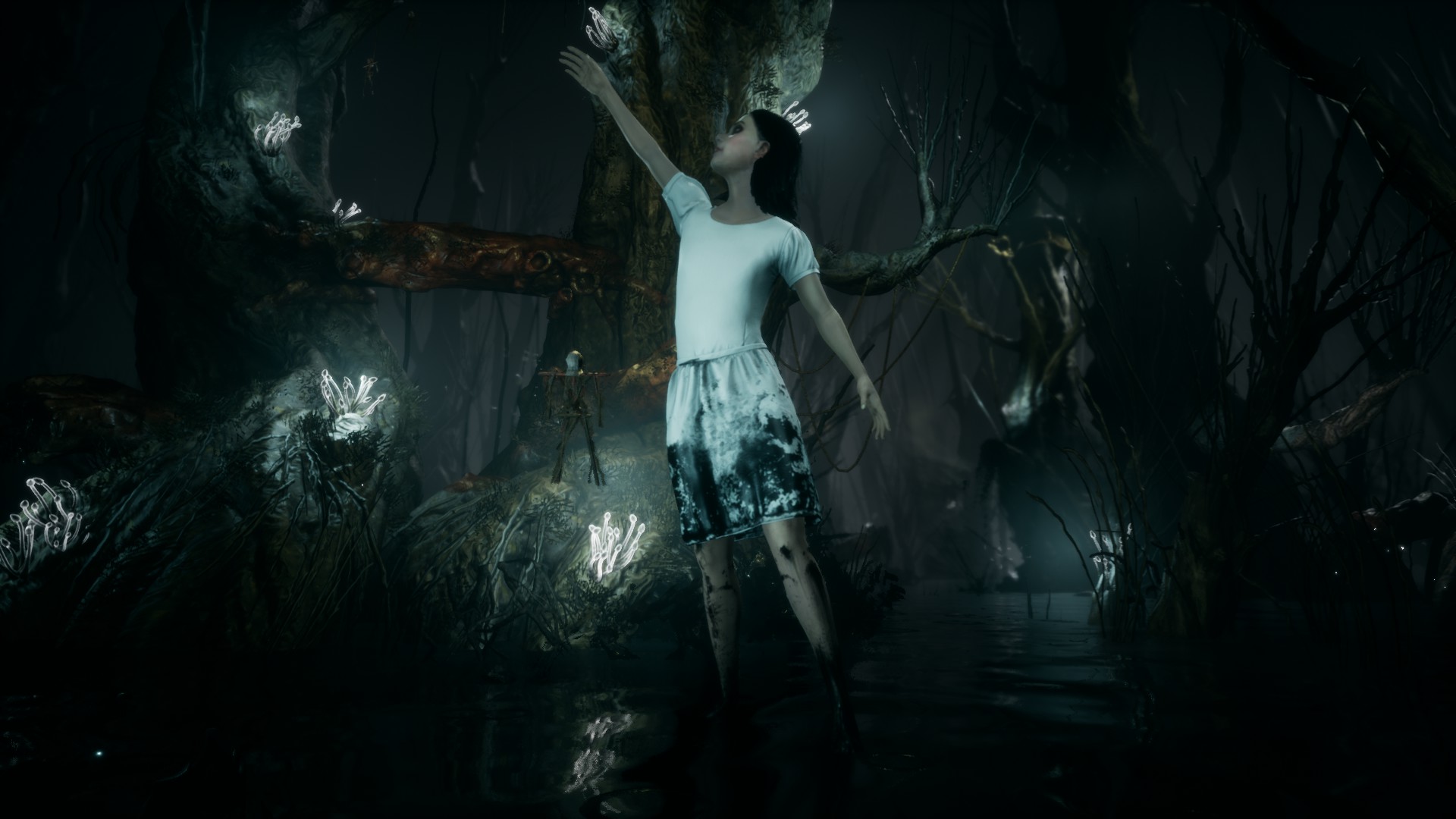 I’ll center in on the frustrating aspect first, since that is what primarily hurts the game. While I encountered a few bugs such as a bridge that was twisting crazily on its own that shot me up in the air like a cannonball and scenes where I immediately died once the action commenced through no fault of my own, the worst of the experience was, by and large, design choices. The hitbox on the character is too wide would be my first complaint. During the stairway fire scene, I’d be far enough from the fire, yet I’d still die from the flames, or I would have to point my POV downward so far that I was trying to look at my feet just to avoid flames perfectly, yet then I’d move too slow and burn up anyway. Also, in the Lea fire scene, the same thing happened. Over and over it would take multiple attempts depending on a scene to get past hitbox attacks. This happened with rocks as I was trying to get through a timed event, destroying totems and running up balance beam rocks. I’d get within one step of where I’d need to be and then die repeatedly because balance beams are slow-moving and too many rocks would pummel me before I could crouch to safety. I don’t mind dying a few times, but I almost rage-quit several times throughout the game. 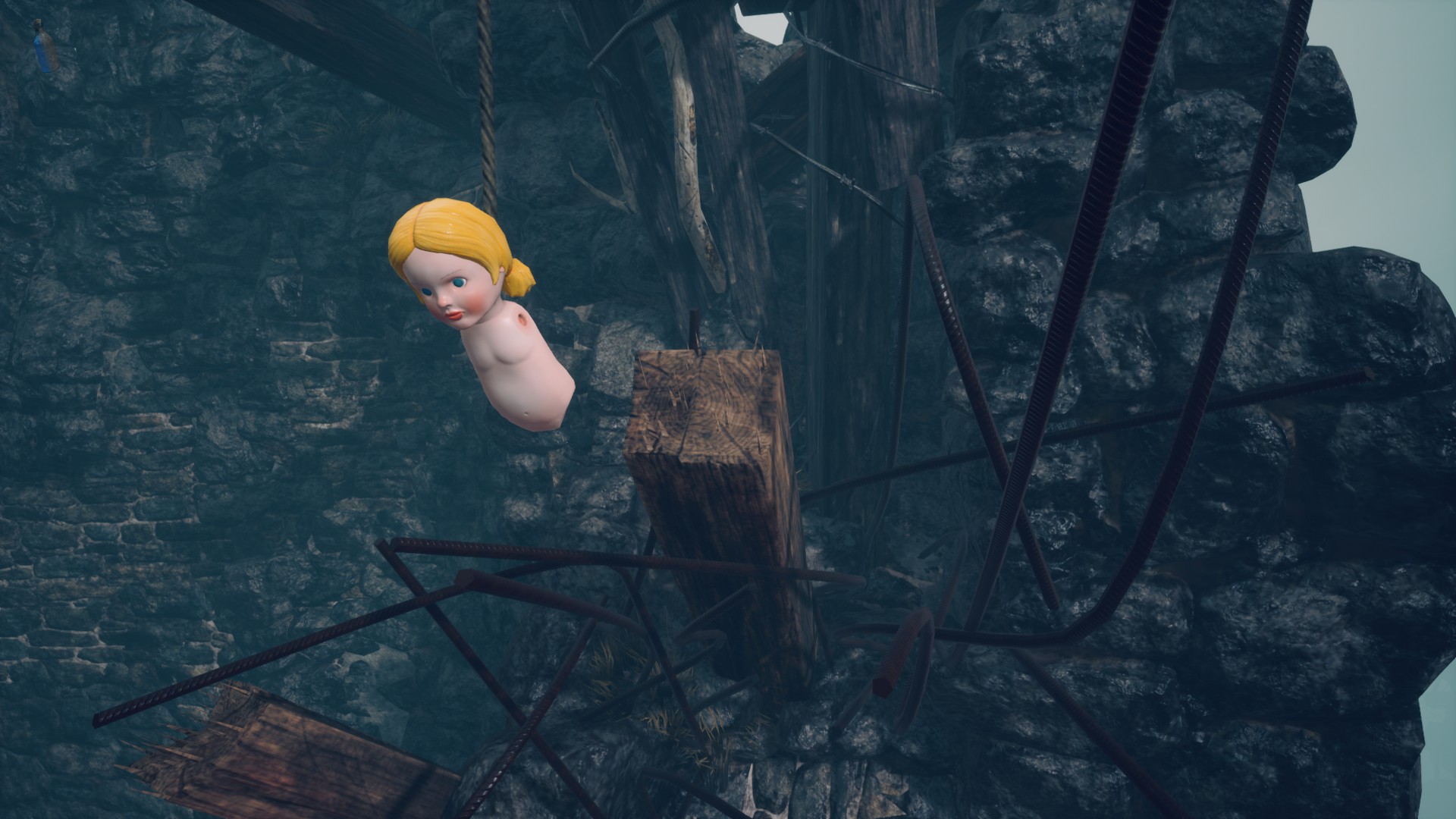 There were also save points that would not save where you would expect them to. With with just one save slot that only auto-saves, it’s very important that the save points be crucially placed. If I destroy a heart, but then accidentally fall off a platform, I don’t expect to have to redo that whole scene all over again, and yet there I was having to sneak to a heart through enemies all over again. You need save points after the hearts and after anything grueling. As it is, you still have to manoeuvre through enemies just to continue and stealth is no joke in this game. There is a new patch for a stealth potion, that would have been nice, but I finished the game the day that patch came out. 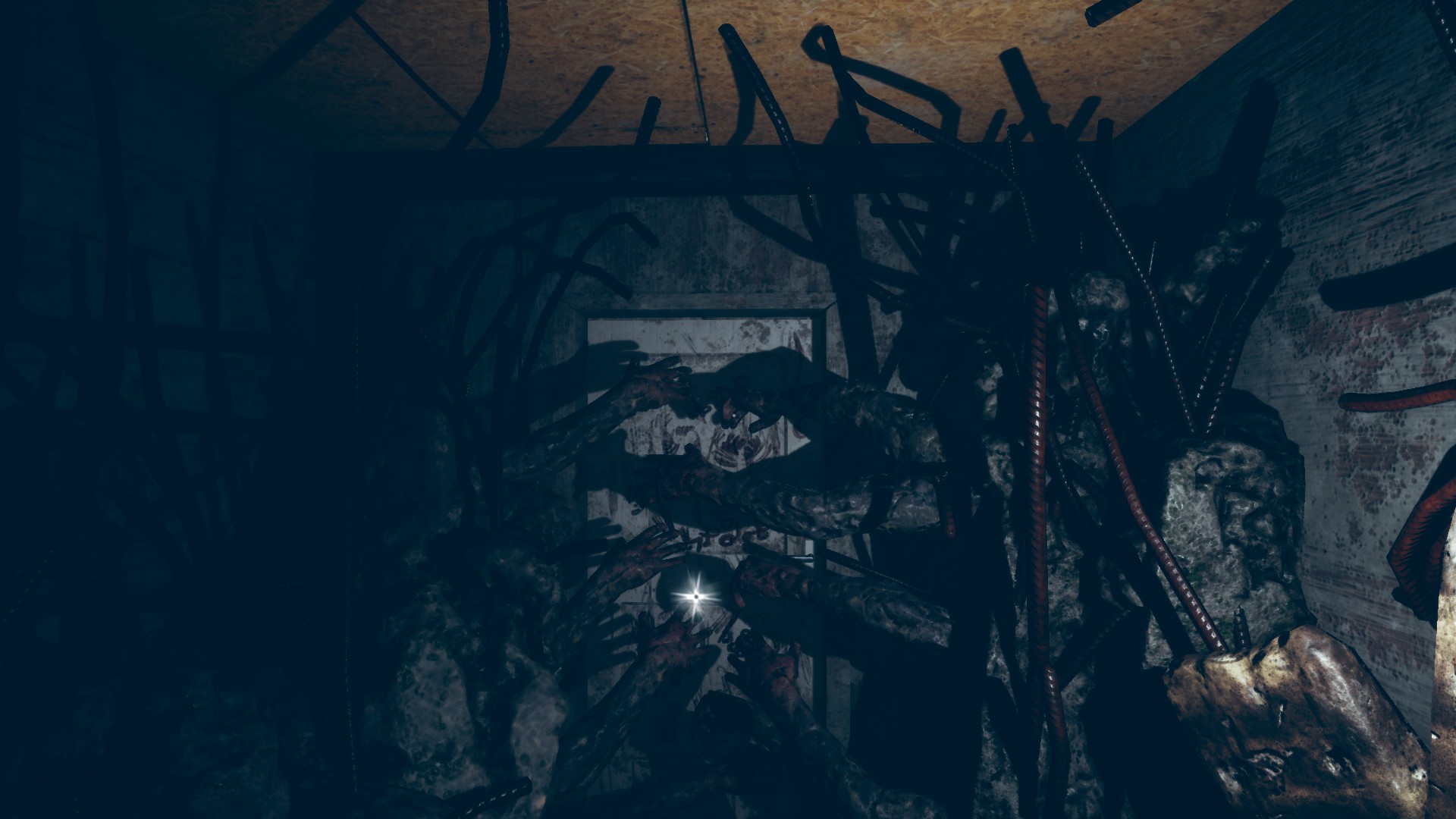 Next, the button action prompts don’t occur until you get very close to the item, in many cases too late during a sequence that involves timed situations. If they could have a slightly larger activation area, it would be an immense help. Timed events can be an absolute downer when you rush over to rock climb, but the button prompt won’t come up correctly because I have to stand exactly at the right spot or it won’t pop up.

Speaking of timed areas, near the end of the game where I have to move part of a bridge with a totem, you get about 24 seconds to run up a walkway, climb a wall, make it to the timed bridge only to miss by 1-2 seconds because the bridge slows your walking down like a balance beam. If there were just 3 seconds extra time or maybe remove the balance beam requirement, it would have been a nice puzzle, but instead, it was a frustrating timed puzzle where I died 12 times. I seriously almost walked away at that point.

The puzzles themselves, even for a veteran adventure gamer, can be absolutely all over the place. Though, not all of them. Chapter 6 had me running in circles for a few hours trying to figure out what to do. First I spent forever trying to figure out the keypad combination and was pretty happy once I had that, but then I had no idea what else was missing for another hour and it’s so exasperating to use trial and error until a solution occurs. I don’t mind backtracking or hunting for pieces of things, but since the levels are so large and it’s very difficult to see, I could walk past an area for ages before discovering it. Some sort of guidance or a suggestion of some kind is needed there. I did like the use of the toolbelt and being able to rotate items to use tools on at different angles. Not all the puzzles were as painful as Chapter 6, but that chapter really left me exasperated. 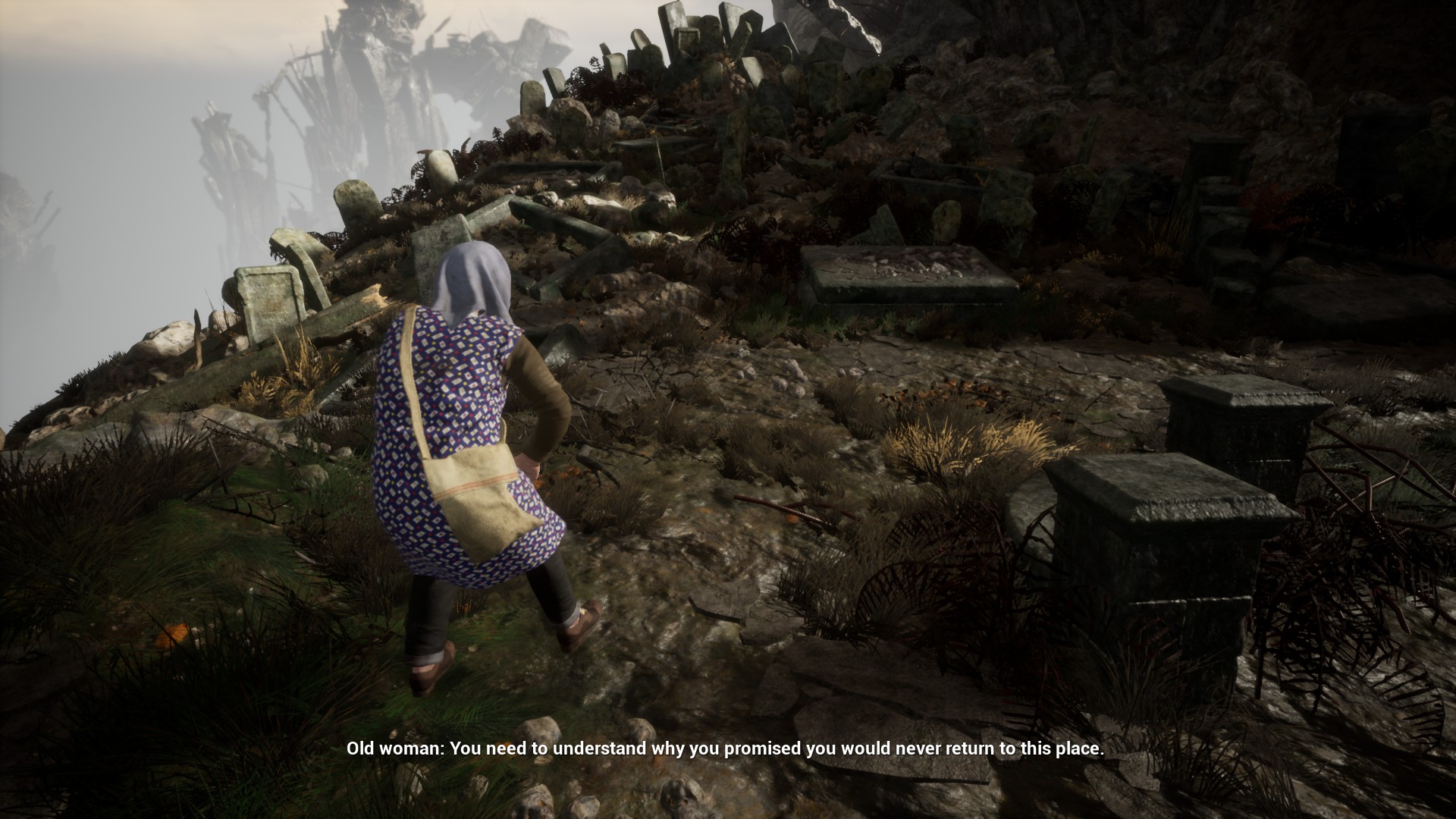 I wish I could recommend this game, and perhaps it will be slightly better after several patches, but I have to give it a Pause rating because it just feels so disjointed and unpolished. I’m not even sure it could be patched to be better in all honesty. While I initially thought the game was okay after five hours, the longer I played the more I wanted the game to end more than I wanted to see the end. The story can be grating, the gameplay is frustrating when it shouldn’t be, and the puzzles were the main aspect I enjoyed until Chapter 6 with the equipment above and below to deal with and it never really got any better after that. On top of things, there are major bugs that are still being patched right now. I did enjoy the nice forest game world and the early puzzling, as well as the Lea cave puzzle section, but most everything else were corridors and running from monsters or stealth with a “find this to open that” puzzle using balance beams and rock climbing. These puzzles are so annoying too because you essentially have to hunt bits and pieces of things in the dark, through corridors that all look the same, and then get back to be greeted with a scene that may or may not be frustrating as well or run like hell. It just didn’t make for a captivating or fun experience. My favorite part of the game was the use of the history of Czechoslovakia in the story with some wonderful background plaques littered through the forest. There are some interesting ideas like the potions and I did feel a good amount of tension in areas that were scary, but it was not enough to keep me interested and before long the game was just a chore to complete.