To put it simply, an experience.

Always Sometimes Monsters (ASM) is low-key one of the more underrated, lesser-known title of the past few years. While it had some issues and wasn’t visually striking at all, the writing and the overall design was intriguing and it made you go through the really nice story it had.

After years and delays, Sometimes Always Monsters (SAM) is released and is essentially more of the same… experience-wise. As far as a *game* is concerned, it suffers a bit more from the design and overall story arc surrounding you and the characters around you.

As the author of a hit novel, Always Sometimes Monsters, you are Sam – after joining a book tour with fellow writers (which you can pick and all have their own quirks, personalities and activities/story bits which is fantastic and greatly written), a new book is your new quest and it’s all about managing the media, the previous buzz around your book, your spouse and your life while writing this new book and releasing it by the end of the tour as a surprise.

The arc of writing a new book, much like everything in this game, comes down to choice and time management. The problem is that, unlike ASM, the whole motivation behind writing a book feels… forced and unnecessary and I felt no interest in doing other than doing it for the sake of the game telling me to. The time management mechanic of the game also weakens this by not allowing you to control how much time you effectively want to dedicate to writing the book and how much time you want to spend interacting with characters or adventuring around.

The story design is great for each piece but completely falls flat as a whole – the main arc (which I’m considering to be the writing) basically consists of pressing a button to skip days and is not interesting whatsoever. The other story bits usually involve talking and spending time with characters you meet, some with their own problems and may ask for your help – other story bits are events that trigger occasionally and can be totally missed. 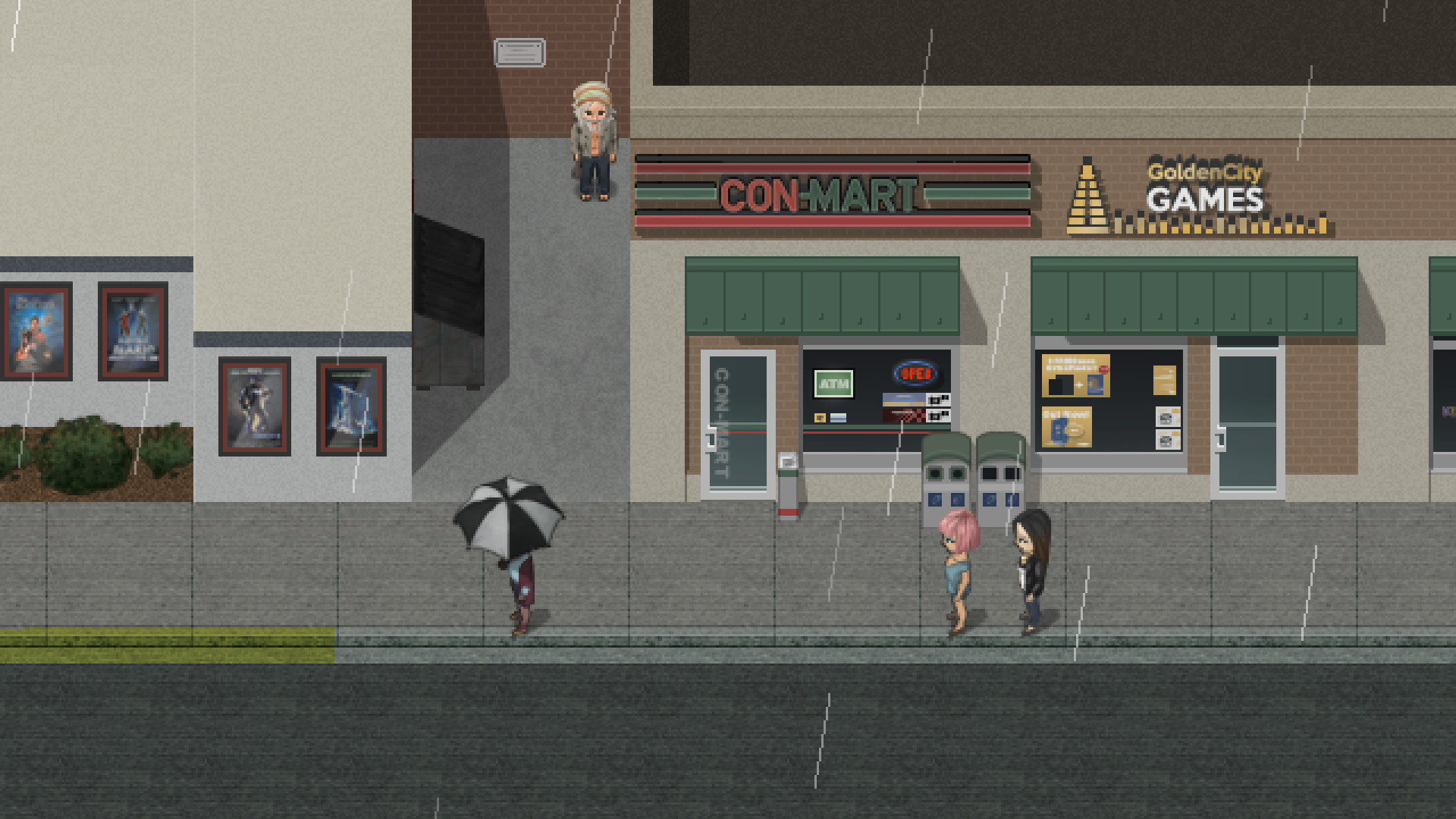 This is insanely cool and well written for the most part but it feels like so little in comparison because you legitimately waste half your day cooking, taking care of your hygiene and writing (if you don’t actually waste the ENTIRE day). I feel like I have to go out of my way to find all these cool events when there is zero motivation to do so. I’ve even dedicated a special room on the tour bus because I’m the one “behind with the book and the rest have their books done” and yet… I’m supposed to completely skip that and screw around in the world to explore and find the actually INTERESTING stuff?

I really don’t like the overall design and I felt much more compelled to balance exploration, living and progressing the main story in ASM than I did here with SAM.

It’s worth noting that the absence of hand-holding completely (which the game warns) and the insane amount of choices you have in the game (some that admittedly do absolutely nothing, which is massively disappointing at times) lead me to believe I may have had an unenjoyable experience because of how my story played out. If you like these types of games “as an experience” (which I like to believe that I do), I still see massive potential for you to enjoy SAM (I do recommend going for ASM first) but as a game, there are issues in the pacing and overall design of the story for me to say that it’s “well done” – I can safely say that it is well written though and a joy to read through; I wish you could skip some of the dialogue that you’ll face in future playthroughs like the starting book panel, you should be able to skip most of the dialogue entirely quickly instead of having to spam spacebar and slowly walking around to get the panel going, among other events.

Much like traditional story-focused RPG Maker style games, you walk!

SAM at first doesn’t let you sprint until you reach Portsmith and it drags some of the gameplay down quite a bit but once you reach the cities and are free to explore, the game opens up and the pacing gets better.

Besides walking you’ll interact with characters and engage in a lot of conversations which are text-based – and beautifully written as I have said above. Choices are plentiful and some may change the course of action and others simply don’t – the game does what it wants and you will like it.

The game truly fails from the gameplay standpoint because of the entire management you need on top of wasting your time writing the book. Everything takes times – as it should, but it also doesn’t make sense balance-wise and simply make the game feel like it’s going in fast mode instead of allowing the player to explore and enjoy their time and the scenery. I can’t walk around a bit around town and watch a movie and the cinema without going back to the street and it’s suddenly dark and I have to run back to eat something and get to bed. I did literally nothing all day and somehow the day is ending and I’m “too tired” to write my book even though I walked and watched a movie for the entire 10 or so hours I was awake? It’s boring, poor design. 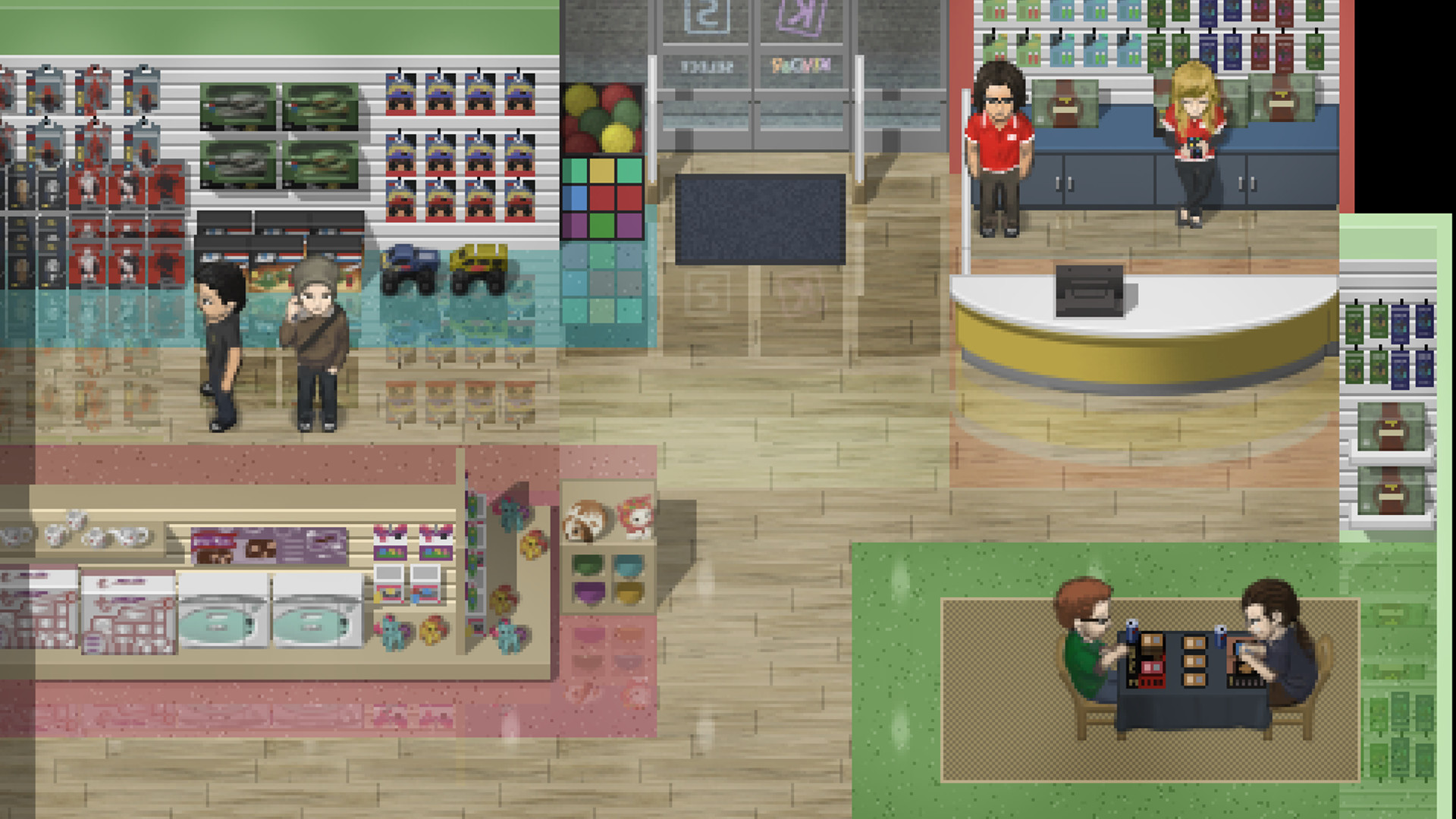 The game has a few visual bugs but I haven’t found anything from a functional standpoint but at times I thought the time management section was bugged – I seriously do not think time management is well designed in this game. It actively encourages not cooking and instead of eating leftovers every day so you can go around and explore and do the content that is actually fun instead of wasting the entire day cooking and writing a book I don’t even know what’s about during the mid-game.

This is more of an opinion but I also don’t like the lack of directions or a map. I couldn’t find a way to access a way to pinpoint my location and know where buildings and other things are at all times, not even an abstract map… nothing. I recommend you create a mental map (or actually draw one yourself) of places and explore around in the first day so you know where stuff is and don’t miss events as I did.

Overall the game has a simple design in the mechanics but it’s the time consumption rate design that kills pretty much all the fun in the game for me (and all my wish to play repeatedly and do all events and side activities).

The soundtrack is pretty good overall and is really adequate to the game. The game has no voice acting and is mostly done through reading, so most of the game you’ll just hear the soundtrack and a few effects when certain situations unfold or actions are done. 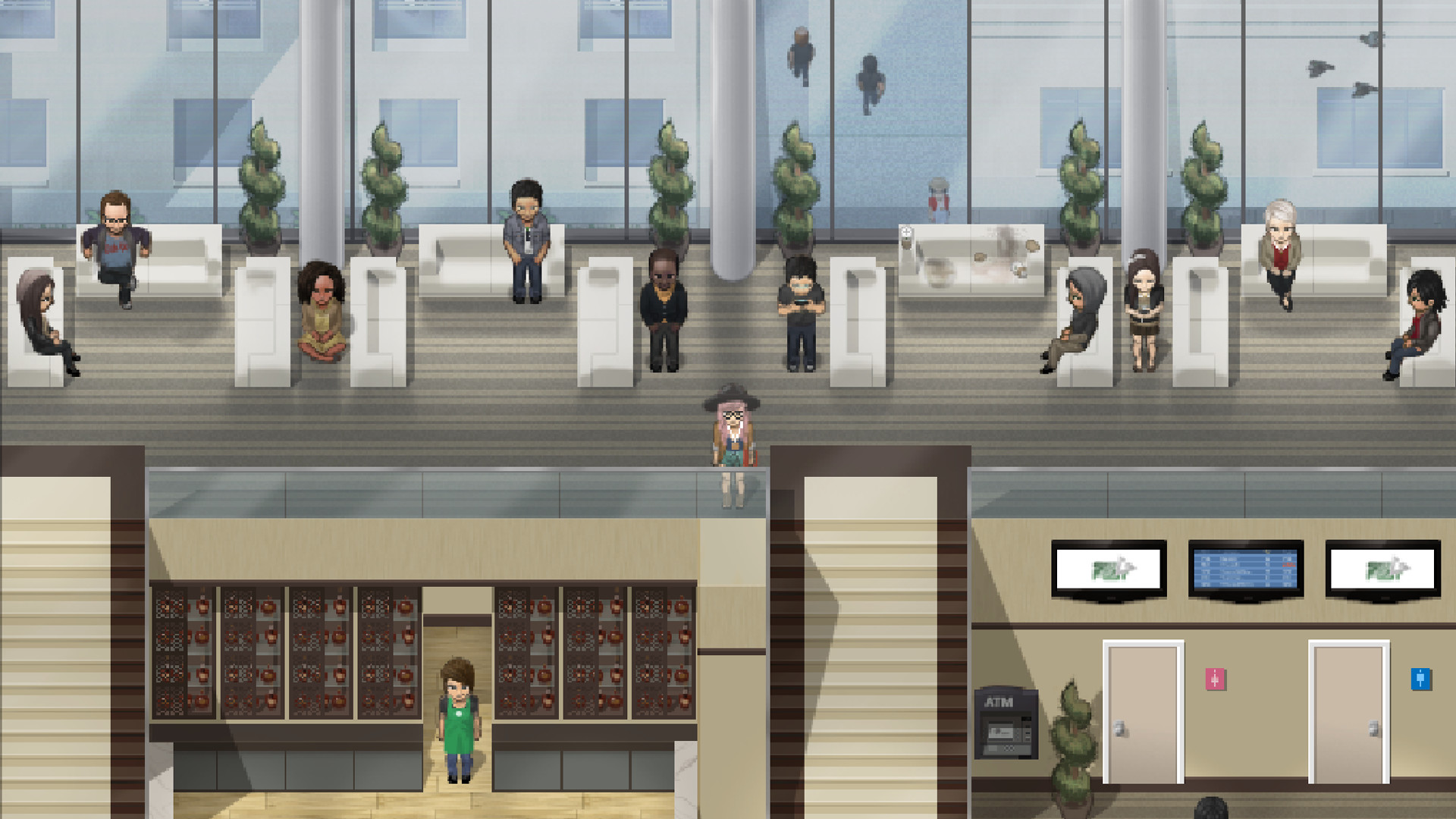 Running on RPG Maker, the amount of interactivity and detail is stellar as is expected from that engine – characters and the overall art style is fantastic, to say the least and there is little to complain about, really.

I do have to complain about certain doors… some you have to press “Interact” to enter and others you can walk right through to enter the desired area and sometimes it’s not clear which are which. Some visual bugs also occurred but nothing really worth noting or that immersion breaking. The developers are extremely attentive to community feedback and during my playthrough, I’ve seen my game updated 3+ times. The fast response is fantastic.

As much as it pains me, SAM is a disappointing game but still a worthwhile experience. I can recommend to those who can live with some boring and slow “life” activities in order to enjoy the events and the overall story/writing which can appeal some people – while I enjoyed the events and the exploration… the main story was quite disappointing and rather uninspired, actually.

A remarkably crafted and written game that suffers from really poor design decisions from a story and gameplay standpoint, I can still recommend it on a sale.