REVIEW: Virgo Versus the Zodiac

Virgo Vs the Zodiac takes place in an universe where our zodiac signs are actually real people. Not only that, but they reign over their own realm and its unique residents without interference of a strict system set by Rulers (or planets). While the majority of the Zodiacs are all fine with the current system, there is one that isn’t. You play as Virgo, the Holy Queen, who views this new way as complete chaos and far from her perfect standards. Dedicated to bring back “The Golden Age”, Virgo must gather up the crowns of all the Zodiacs. Whether they’ll give it up willingly or be forced to, Virgo is going to succeed in her quest. 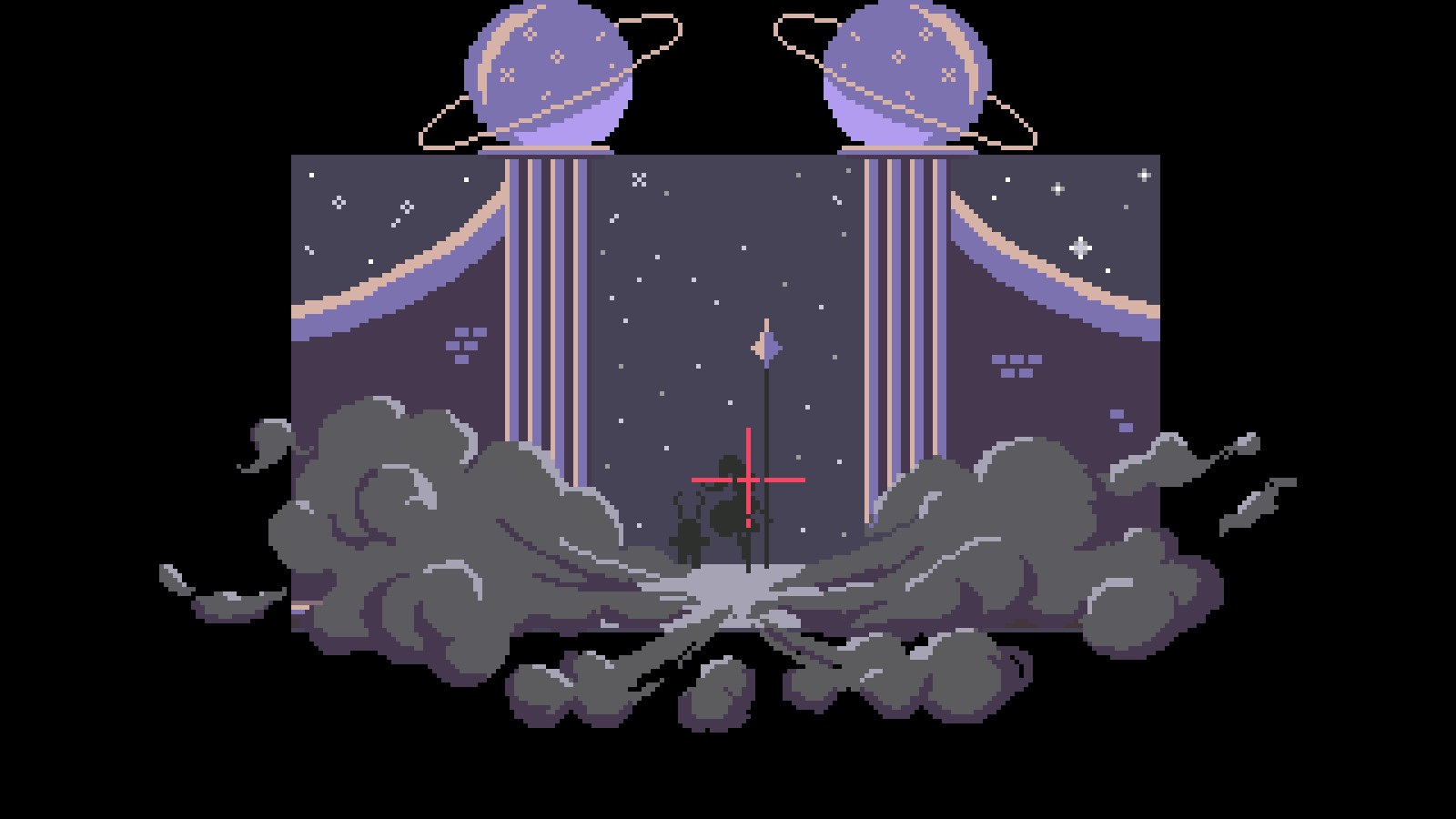 Firstly, the combat system seems complicated and overwhelming when you’re first introduced to it, but it’s not as bad once you dive more into it. The first loop is that while the combat is turn-based, it revolves around timed hits that show up whenever you’re attacking or being attacked. Perfecting the timed hits, or hitting it in the highlighted area, will let you hit harder and block more while missing will most likely spell death. However, when you’re still new to it, the speed it goes at on normal difficulty makes it hard to tell why you got a miss. Due to this, I recommend bringing the speed down to slow before raising it if you want that added difficulty. Once you get this down, you’ll then be able to attack and block efficiently. To get through battles, you’ll be able to use your melee attack to damage the closest enemy in exchange of you moving forward, your ranged attack to hit any enemy unless stated otherwise, an area attack to damage all of them, or guard with your purity. The one thing you shouldn’t neglect is guarding as it brings in an advantage. If you had Purity when attacked, you’ll be able to counter-attack or bring your guard back up. Purity is depleted with each turn which is good considering that your enemies go by the same rules but bad for you. 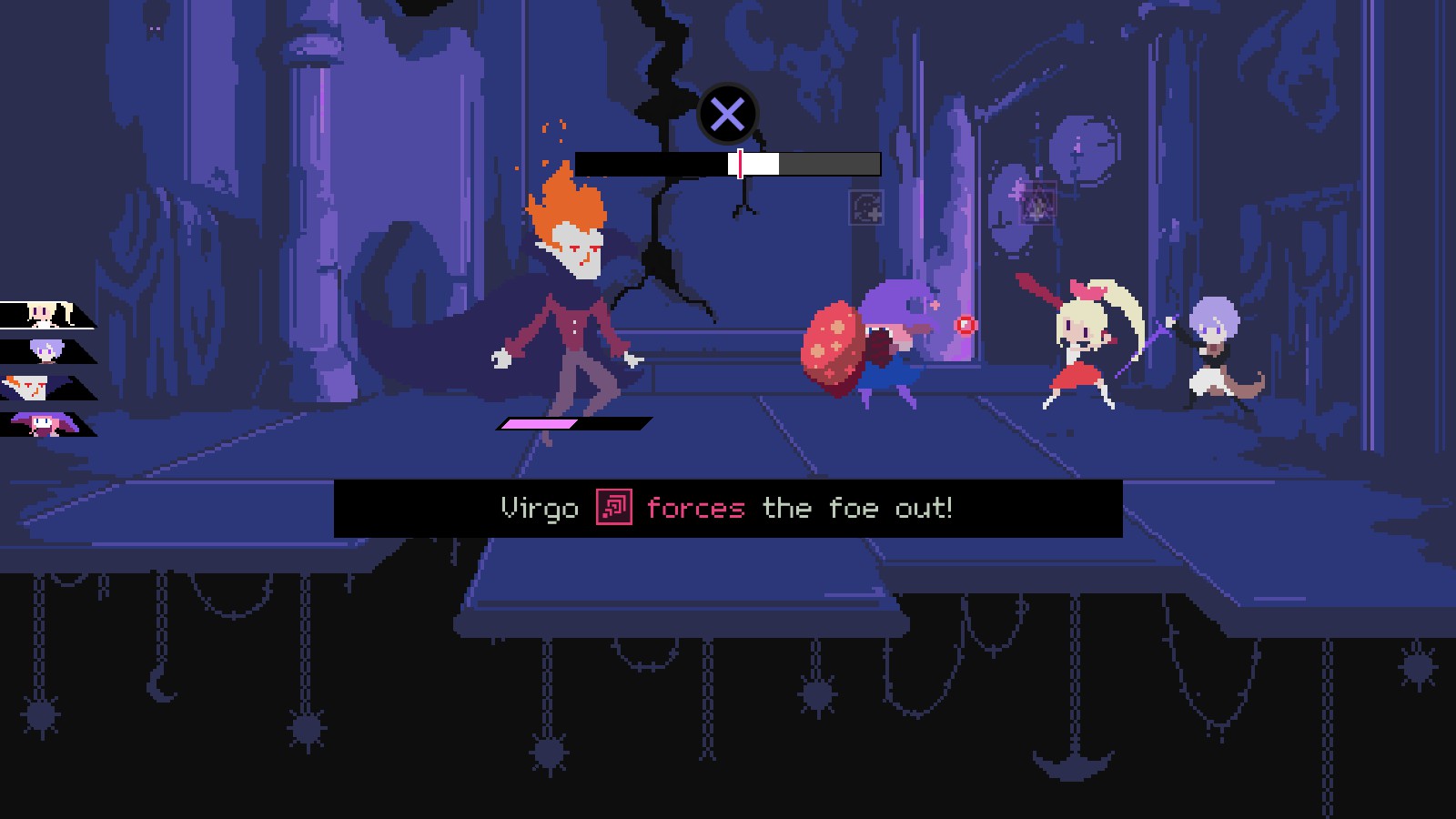 Lastly, there are three different qualities your attacks will take on: Ambition/Cardinal, Versatility/Mutable, and Patience/Fixed. Each one has it’s own associated color so you’ll be able to quickly identify them and enemies will take on the color they specialize in (Ambition = purple, Versatility = green, Patience = red). Each quality is weak or strong to the other and is represented by a triangle which is probably best to write down unless you’re fine with brute-forcing your way through. Versatility is weak to Ambition, Ambition is weak to Patience and Patience is weak to Versatility. Due to this, it’s best to try and round out your equipment so you’ll have each one as an attack or counterattack. 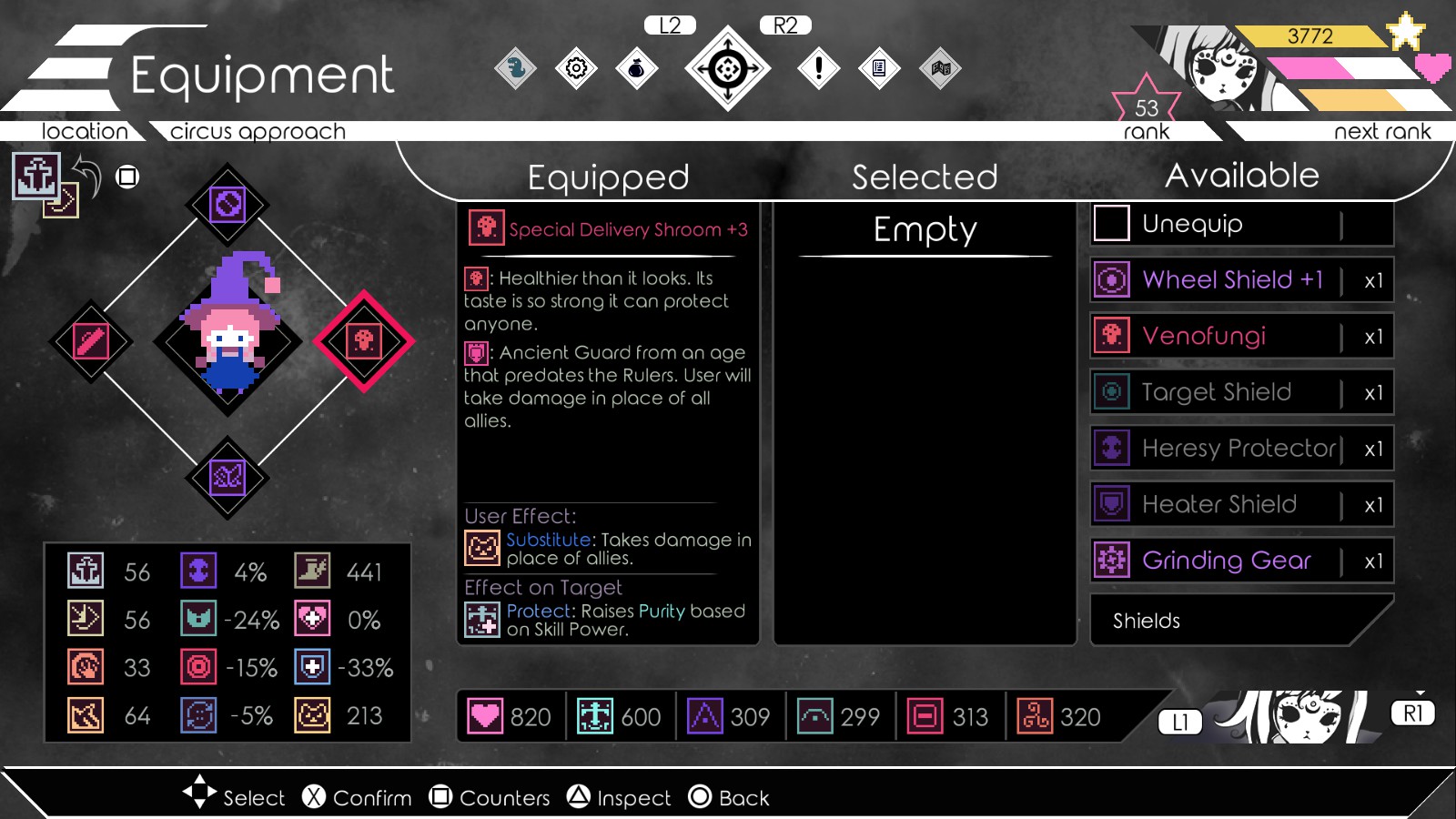 Speaking of equipment, this is actually the more messy half that I never really understood fully. Your equipment not only consists of your weapons, but armor which will determine what your counter-attacks will be. Each piece is infused with a certain quality and has an effect that will make up your available attacks and depending on what it is can also affect you. While it is important to look at the effects as you might not see the exchange equal and the quality so you don’t end up only having Ambition attacks, each piece of equipment also affects multiple stats by either increasing or decreasing them. If you’re like me and didn’t really pay attention to it too much, you’ll most likely find yourself equipping something that brings one of your attack qualities down to a whopping 6 without realizing it. Then wondering why Algol is suddenly doing terrible damage for a couple fights before realizing the cause. 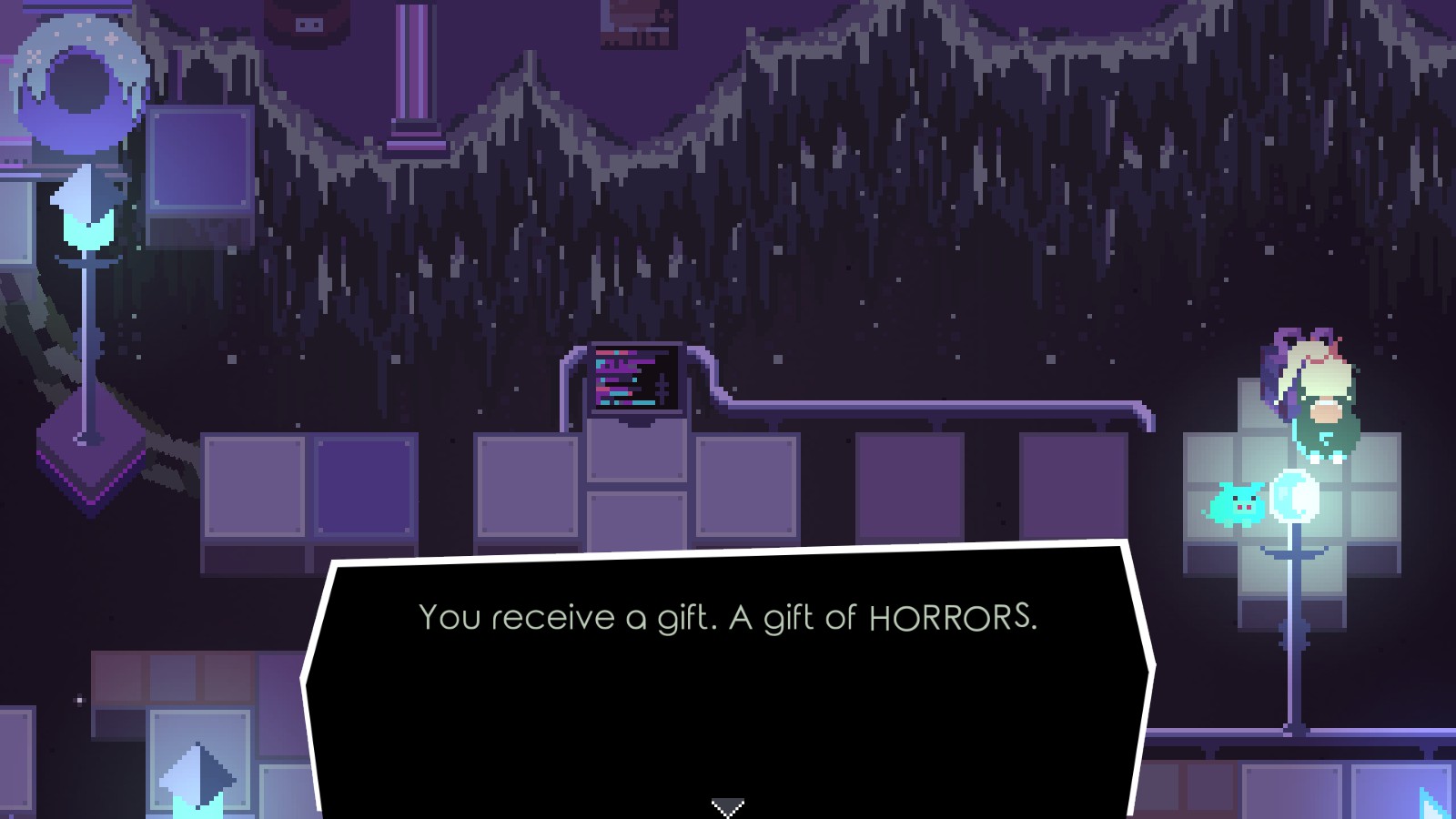 When you’re not in battles, you’ll be exploring the different realms that each Zodiac rules over. Exploring each area was such a delight and it really shows that they took care in making each realm unique from one another. Each realm is designed with the Zodiac in mind so Capricorn’s realm, which you visit first, is focused on being a corporation with hard-working goats populating the realm. Considering that the game is designed in a way that you’ll have to visit almost every location in a realm, and only encourages you to visit the optional areas, it certainly helps that it is interesting to explore each corner and examine everything. If you needed one sign to prove it, it’s when you’re upset that the game locks you out of previous areas after progressing the story after a certain point. 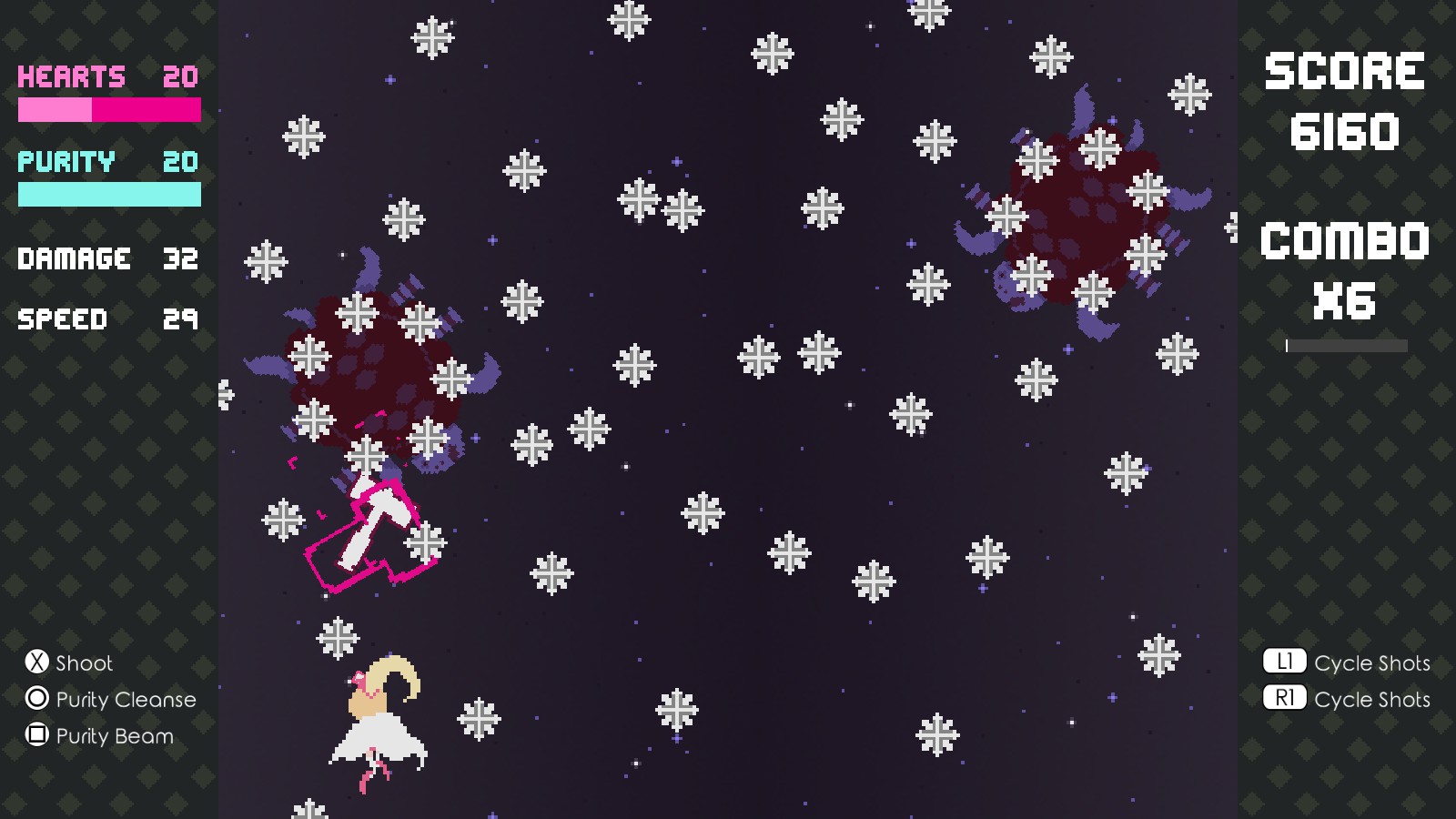 After you visit the first realm, a couple of things will open up to you. You’ll have the usual crafting and shops opening as you visit more realms, but there is a building designed to let you view Virgo’s past memories so you’ll get more context on what Virgo’s relationship with the other Zodiacs was. There is also a snowman that will let you train in Black Holes, which lets you fight enemies from previous realms you visited in exchange for more stars (this world’s currency) or a special reward if you fight everything in one go. Lastly, once you’re ready to go to the next realm, you’ll be asked whether you want to go the safe route or the dangerous route. The safe route is self-explanatory, but if you pick to go through the dangerous route you’ll be greeted with a bullet hell section that gets harder. 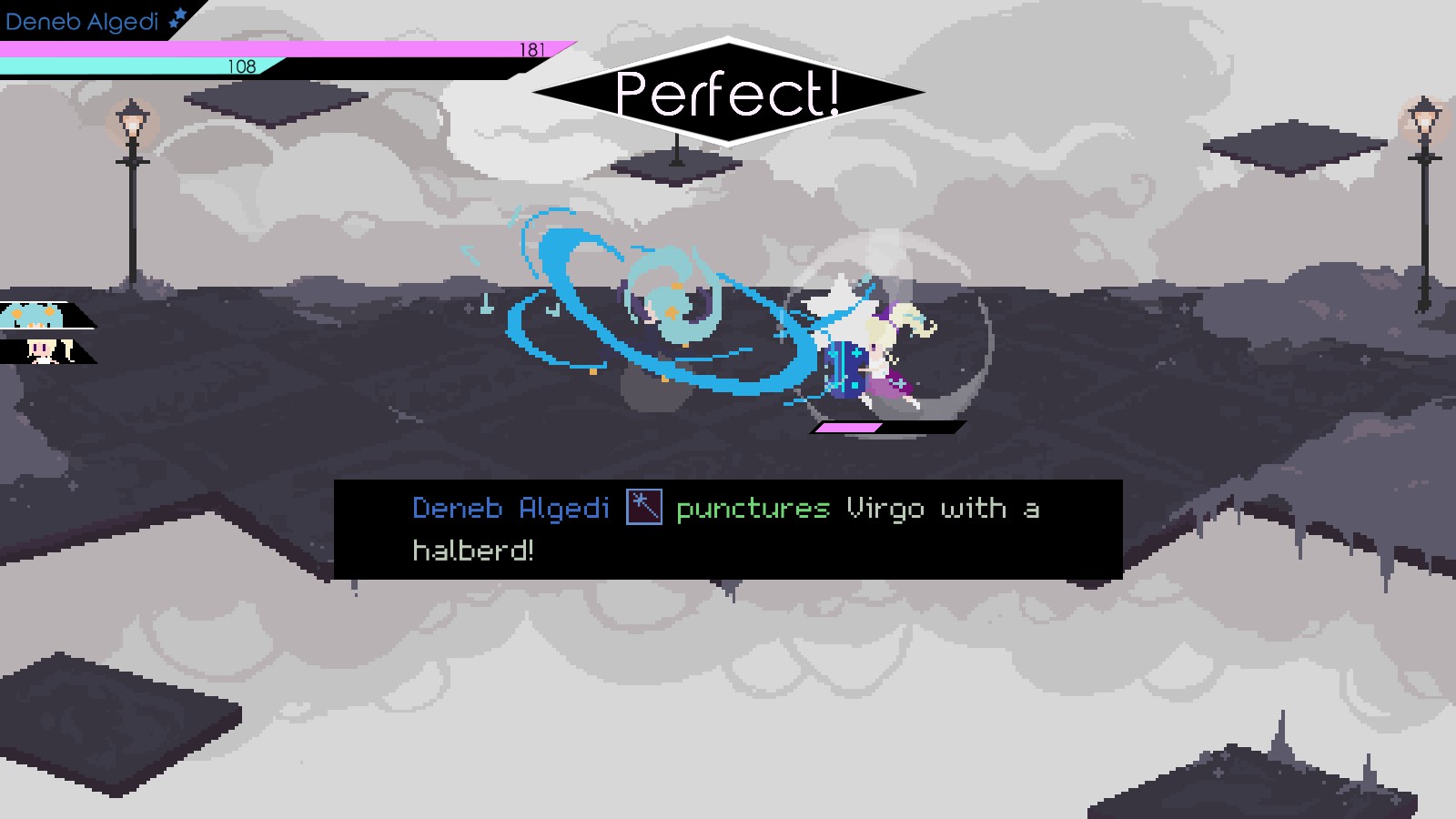 There are three different endings available for you to get and from what I can gather, all of them play out differently. Which one you’ll get is dependent on your decisions. If you decide to spare or kill an enemy, help someone, or other miscellaneous actions will be taken into account. Some decisions, in particular sparing or killing an enemy, will alter the relationships Virgo has with others. However, if you’re planning on getting all the endings, it’s best to know that there is no NG+. 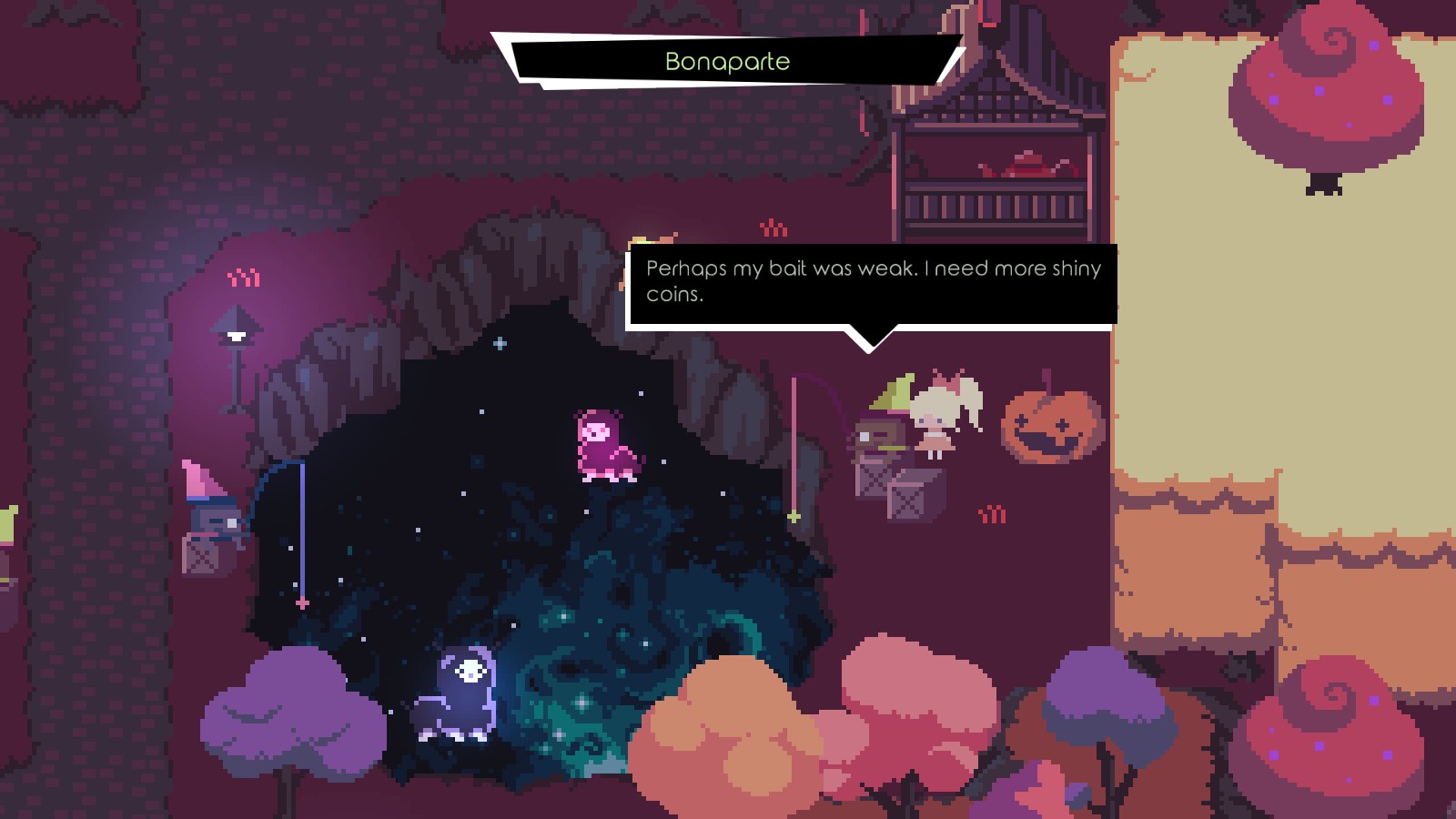 To be honest, I was mainly interested in Virgo Vs the Zodiac based on just the artwork (which now that I think of it, is a lot of games). When I first came across the game, I thought it was super cute. Once I got the chance to play, I wasn’t disappointed. The pixel art that you’ll mostly be created with still kept that cute factor that drew me to the game in the first place and each realm was beautiful. What really surprised me was the animation during fights. I don’t know what I was expecting, but the animation here is pretty well done. Everything is smooth and every enemy type is uniquely animated, with the Zodiacs themselves being the standouts. I couldn’t help myself from taking screenshots in hopes of grabbing one of the wonderful frames. For you and your teammates, not only will each weapon type have its own animation, but each character handles a weapon differently. For example, everyone can equip a staff, but Virgo points it towards her enemies and swings it back towards her, Algol levitates as she holds straight up and swings it down, and Spica holds it up with two hands before slamming it down. It’s a small touch, but it certainly is an appreciated one. 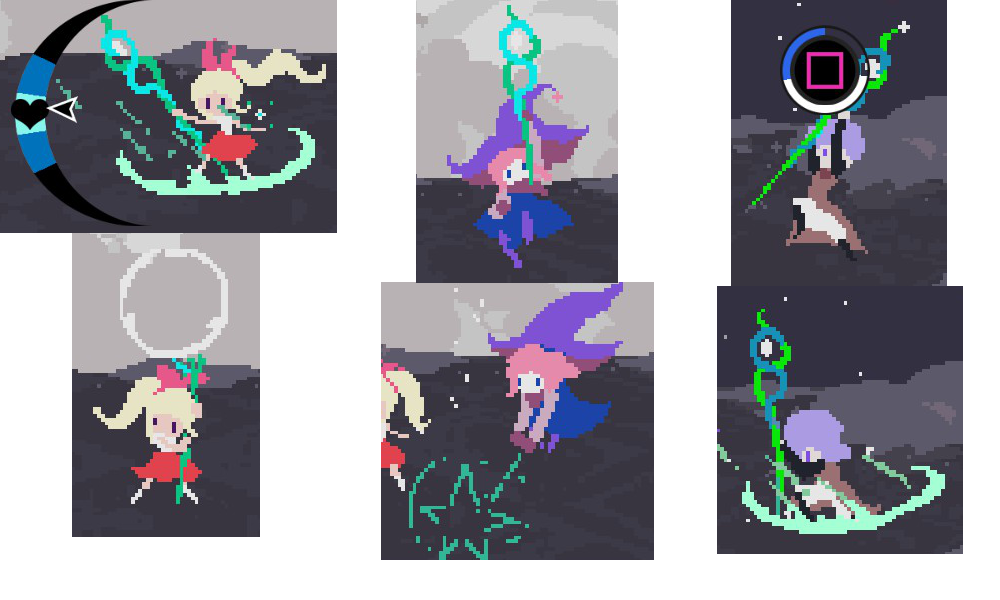 Despite some aspects like the combat being a tad confusing, Virgo Vs the Zodiac is such a delight that what it does well easily outweigh what it falters on. If the cute art style doesn’t bring it to your attention, it’ll be the music, characters, and weirdly enough the combat system. I enjoyed my time exploring the different realms the Zodiacs lived in, talking with each character, interacting with everything to see what the flavor text was, and going into battles where I never got tired of how well animated the fights ended up being. If you’re interested in turn-based RPGs, especially ones that uses timed hits like in the Mario & Luigi series that this is inspired from, I recommend checking this one out.