The perfect excuse to start up a new facility in Prison Architect, Psych Ward offers a few new toys for you to play with at a decent price, but don’t go into it expecting a vastly expanded game.

Prison Architect is one of those management simulation games that you can return to time and time again. It’s challenging enough to keep hardcore players engaged while being easy enough to learn that it has a relatively low bar for entry. Psych Ward inspired me to return to the title after a few years away, and I must say that I’m impressed with what they’ve done with the place. There are quite a few nice updates, and this DLC continues the trend with a small content boost that only improves the game further. 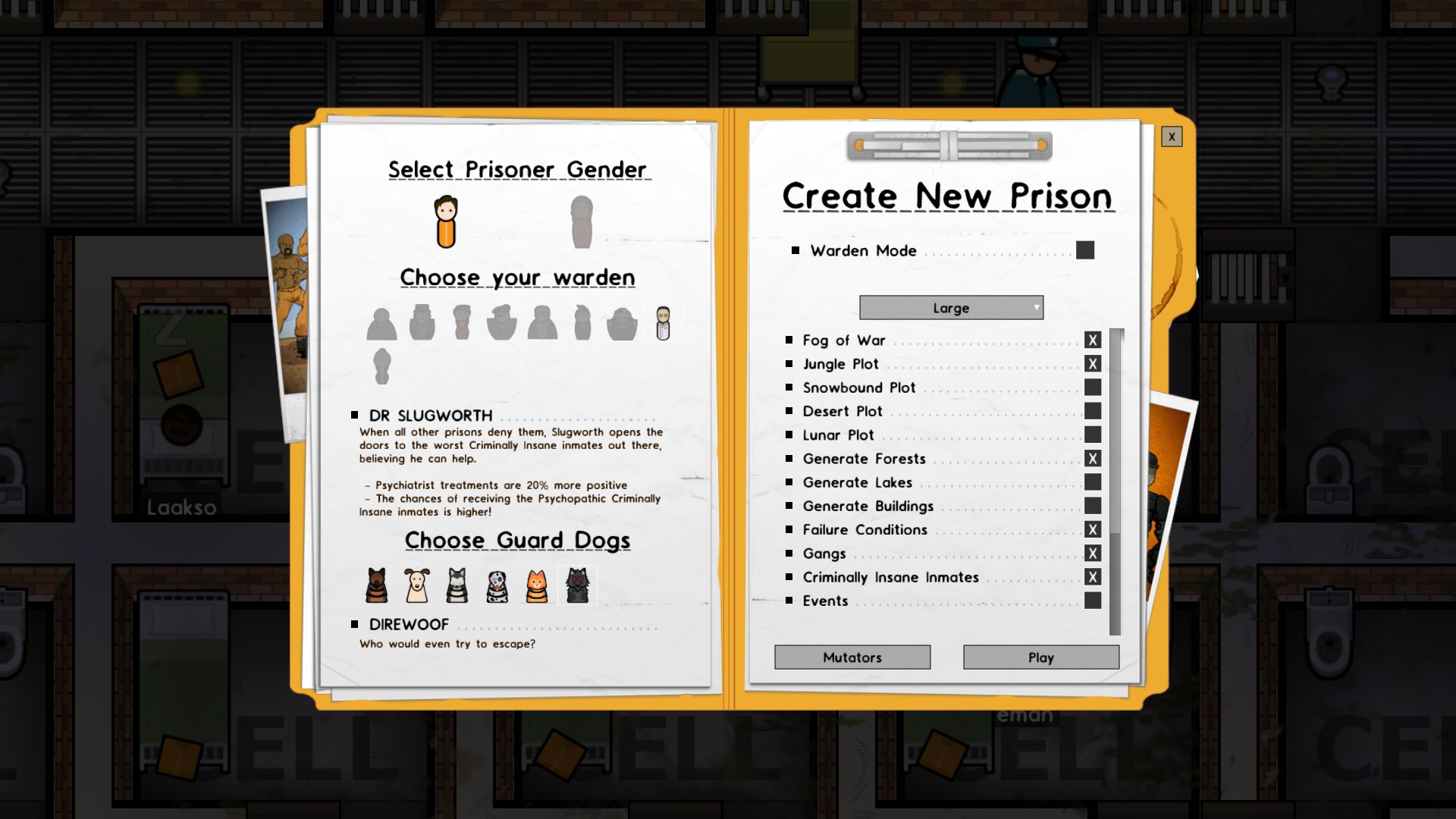 Your Prison Has Gone Crazy

Psych Ward adds a handful of features that increase the depth of the game in exciting ways. First and foremost, it introduces the criminally insane, a classification of prisoner that plays by its own rules. Several of their needs have to be monitored and kept in check, as opposed to simply fulfilling them as much as possible as you might with your other prisoners. Too much freedom, for example, can lead to your crazies acting out more often, rather than less.

You’ll also need to ensure that they’re being treated and counseled by a psychiatrist via newly established programs for your inmates. It’s important to note that orderlies will be arriving alongside your psychiatrist and they’re required for dealing with these new prisoners as your guards are completely useless when dealing with them. Orderlies are specialized in handling these prisoners and will effectively deal with them while the rest of your security stands by helplessly; for all other prisoners, the taser to the face is still a valid method of subduing them. To complicate matters further, if you’re an overwhelmed, ineffective, or sadistic manager, your sane prisoners can snap and join the ranks of the criminally insane. 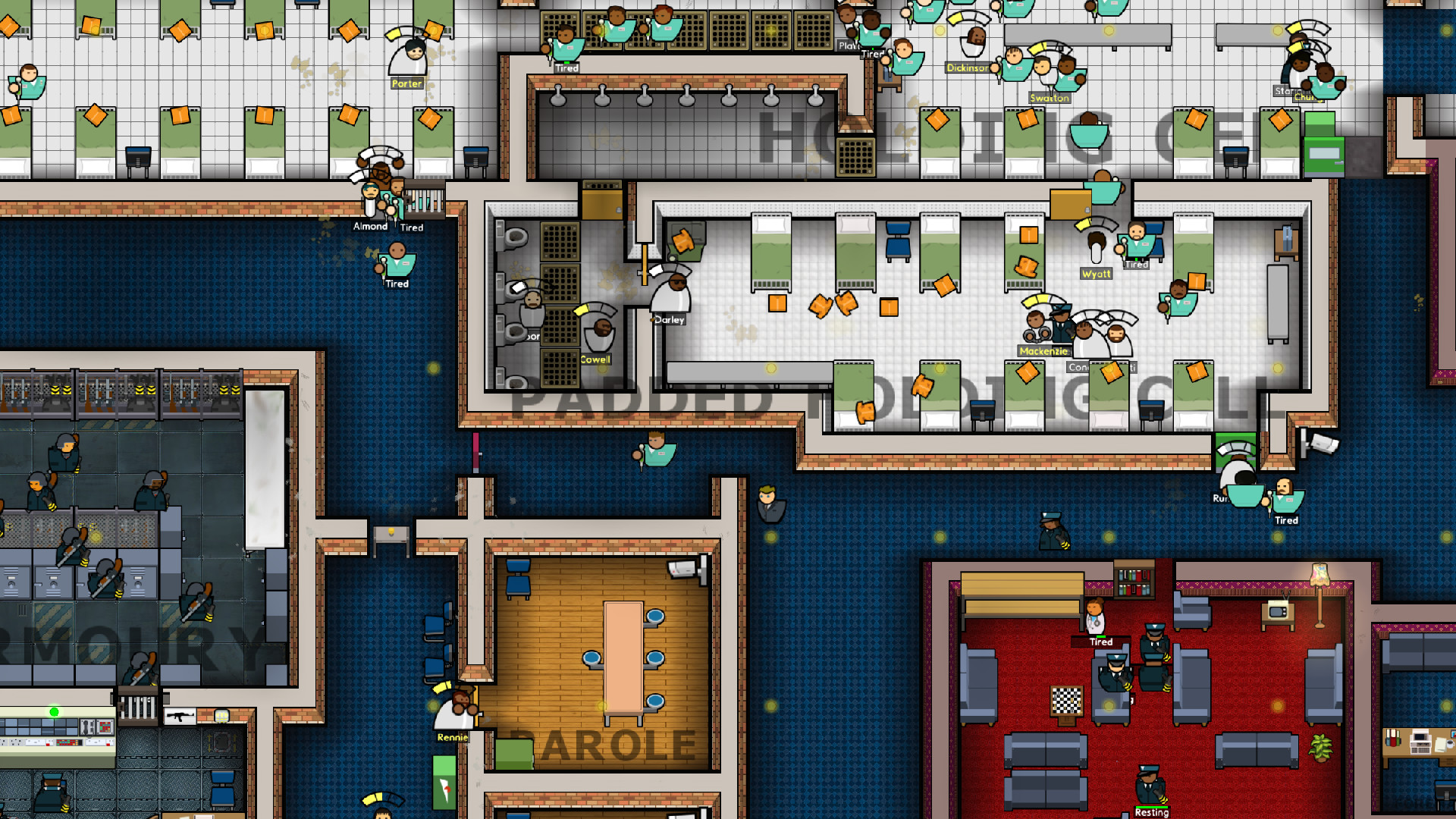 Armed For The Challenge

The criminally insane are a new challenging issue that must be handled in your prison, but the tools to do so are readily available for you to take advantage of. A new warden is available for you to hire, one Dr. Slugworth, who not only improves success rates for your psychiatric programs, but also increases the number of insane inmates that are sent to your facility. You’ll have to be prepared for these new “guests,” though with the increased monetary bonuses from doing so, they’ll be padding your bank account as you’re padding their cells.

Several new room types have arrived that help with keeping these new troublemakers under control, including padded cells (standard, holding, and solitary variants) and a psychiatric office. The latter is required for the aforementioned psychiatric programs, while the former are special variations of the cells that we’ve been using for years, but specialized to deal with the mentally ill population. These certainly help a great deal, but you’ll want to establish clear boundaries between your non-insane and insane populations; as you might imagine, they don’t mix well. 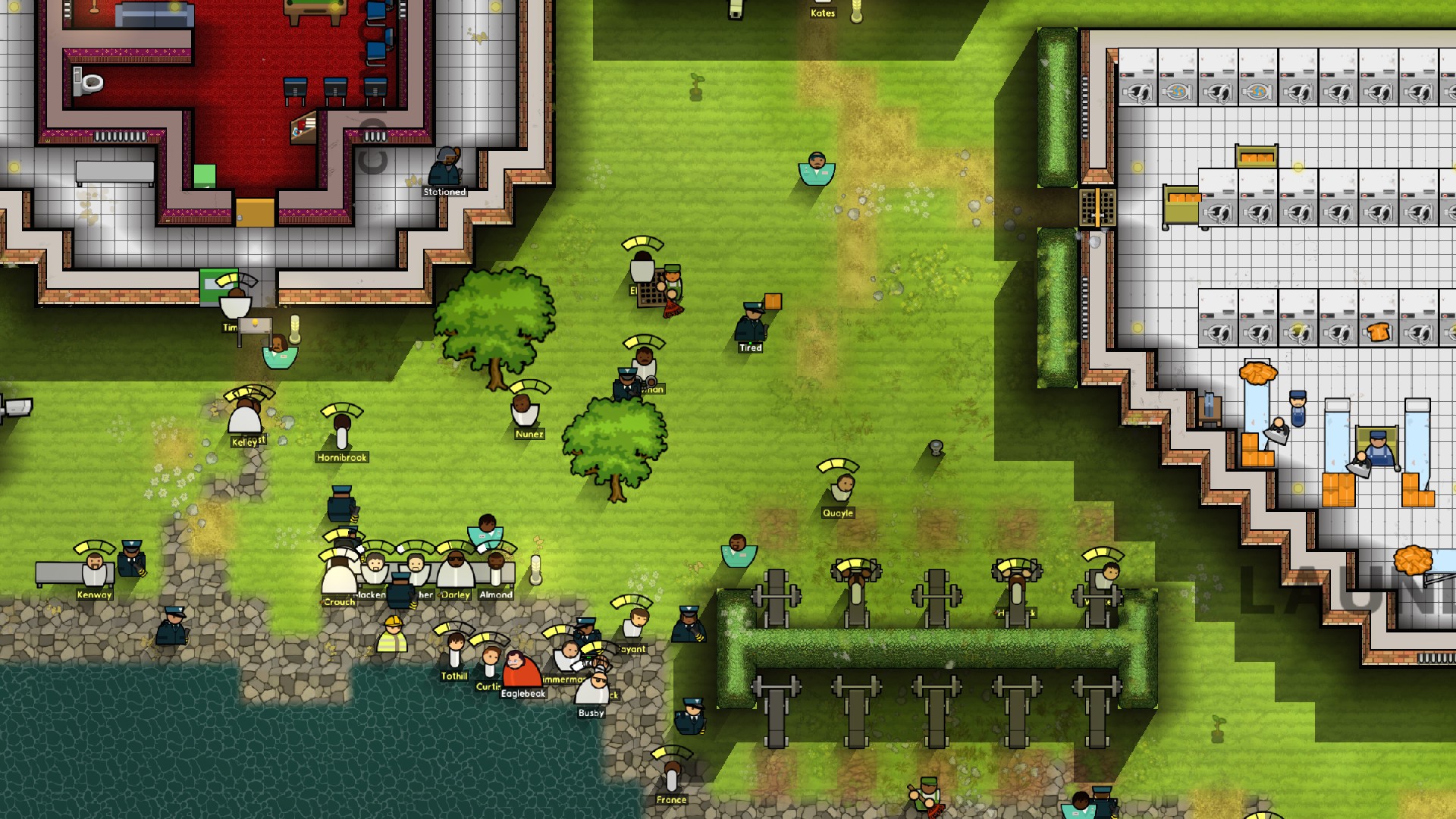 Psych Ward is a small DLC that I found to be a fun addition to the game. Padded cells, orderlies, and psychiatrists further deepen the management features of your prisons, while the criminally insane bring new challenges to keep the experience fresh for veterans. My only real struggle with reviewing this DLC is that I’m not sure whether the $7 price tag is justified or not. The content is certainly of good quality and I never experienced any technical difficulties, but it’s a DLC that leans more toward solid update as opposed to game-changing expansion. Overall, I would say that if you love Prison Architect and want to support the developers while getting some new features for your game, pick it up and I doubt that you’ll regret it. If you’re on the fence about it, I’d suggest that you may want to wait for a sale.