Sparklite is a charming game that leaves you wanting more

Sparklite is polished and whimsical above all else. As the goggle-strapped Ada, players will bash foes with wrench, gamble with a pirate, defeat giant bosses, and meet a neat looking cast of characters. The lore seems solid and mysterious. The game’s world has a neat style in place mixing some sky pirate and steampunk like imagery. The colors are vibrant and the world of the game feels right: the different biomes have their own enemies and environmental hazards. Most of the playtime is dedicated to combat but there is also a bit exploration. It’s an easy game to like from the get-go, it just seems to be missing something. 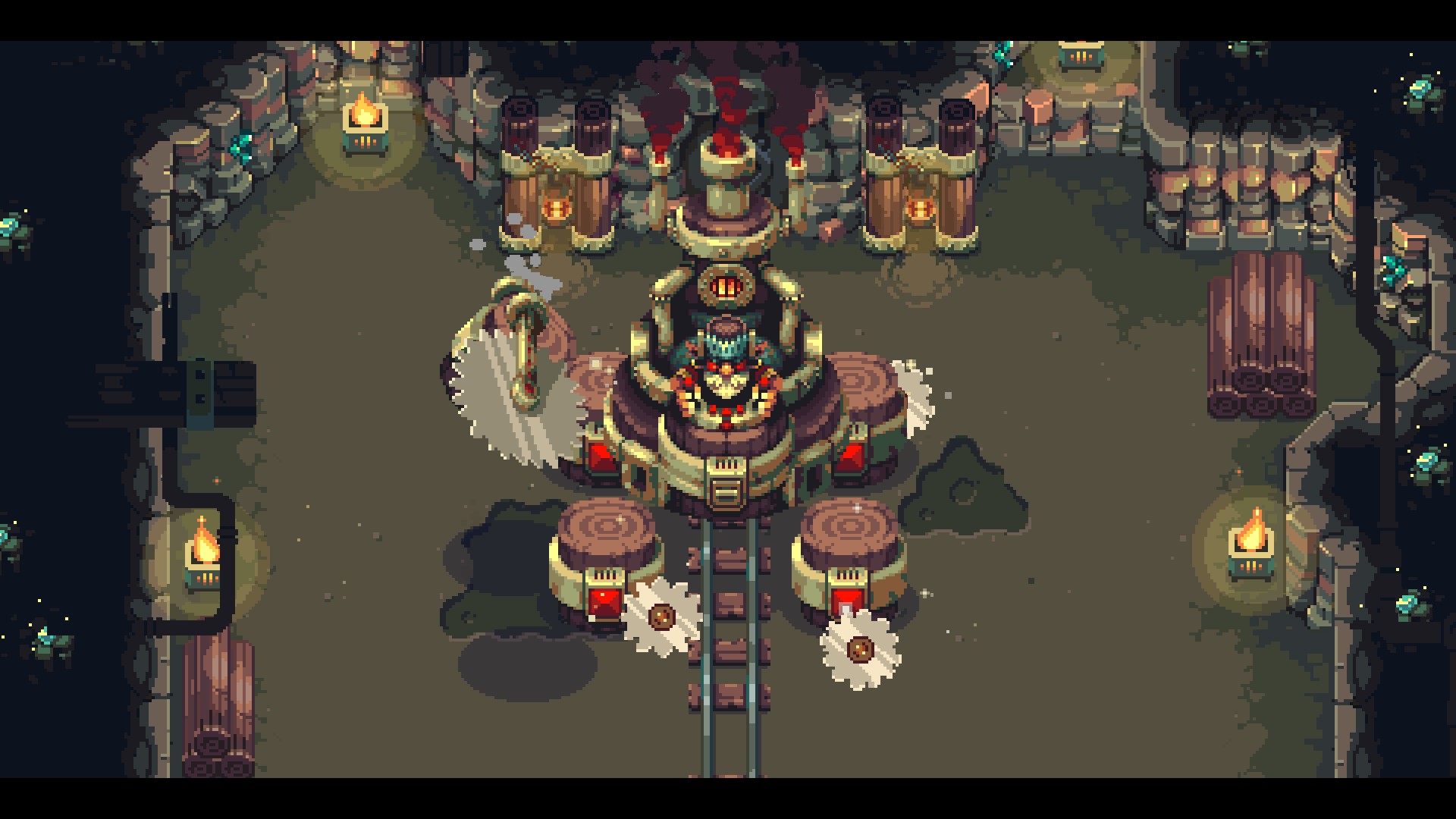 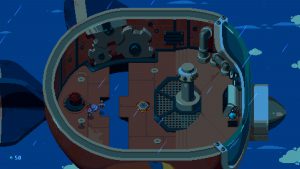 Brandish Your Wrench and Join the Fray

Opening up on a doomed airship, players are guided through the combat of Sparklite. Pressing the attack button swings Ada’s wrench, which is quick and easy to combo, while holding down the attack button charges up a more powerful AOE hammer strike. While charging up the hammer Ada moves significantly slower. 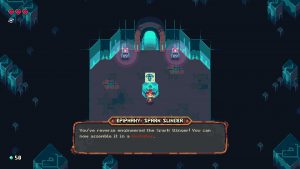 Hitting enemies with melee attacks also builds energy so Ada can use her weaponized gadgets. Unlocking these gadgets requires Ada to go through a neat little trial that introduces the mechanics of it, then reverse engineering it so it can be built later. The arsenal of gadgets give players some ranged options like a crossbow or a remote controlled zeppelin rigged to explode. 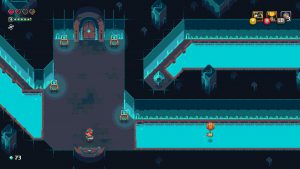 Though, some gadgets are purely for exploring purposes, like the shrink ray. To spice things up, players can also use a variety of pickups called widgets that range from cluster bombs to speed boosts, but using widgets makes the player vulnerable because they have to stand still while the widget loads. These different aspects are all paired together with a very quick and forgivable dash. This combat system is straightforward and easy to master. Thee enemy patterns are also easy to understand and telegraphed well: there are bigger enemies that charge up an attack, there are ranged enemies that lob explosives, some enemies that chase, and more.

Fight long enough and players will soon find themselves defeated and underpowered. After death all widgets are dropped and Ada is safely transported to the hubworld airship. Once on board, players can upgrade their character with patches. The patches are mostly just stat boosts or a few hammer power ups (the latter being the best investment for destroying enemies), but patches come in different sizes that take up space on Ada’s patch board.


Along with upgrading her patches, players will also meet other citizens of the airship here that offer a variety of things. Ada can upgrade various buildings around the town to get benefits such as a bigger patch board or more free widgets. As players explore Geodia they will stumble upon various characters who, save Monty the traveling game show pirate, will all become residents of the airship. This is where players can mark an enemy to be weaker, build their reverse engineered gadgets, or grab some widgets before they set out on the next run to world below. This is also where players can see their marching band of Beats grow, (Beats being these little creatures that hide throughout the world of Geodia), and so on. It’s quite a colorful cast. 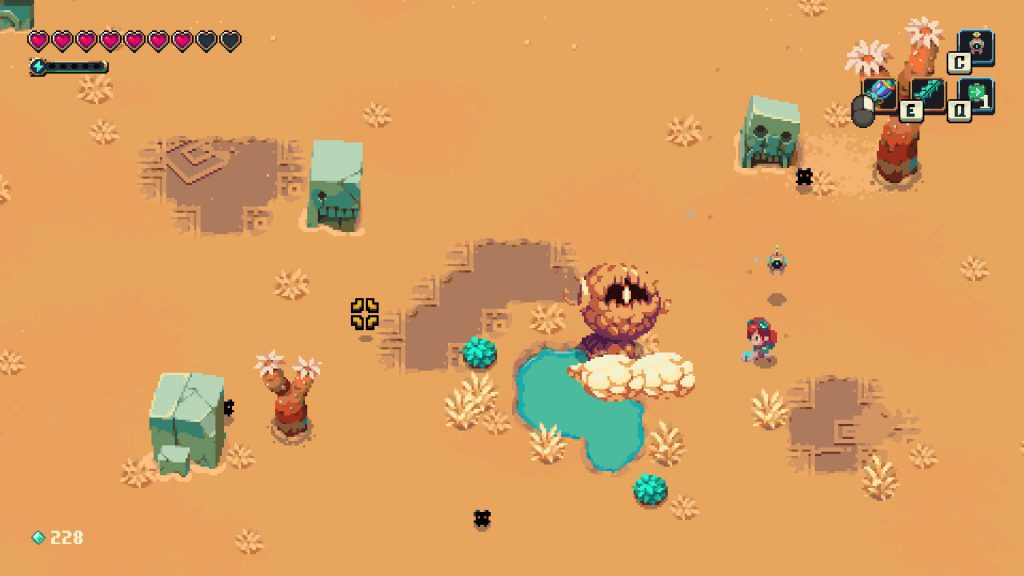 Smooth pixels with a style that pops

The cast isn’t the only thing that’s vivid, as the pixels also help bring Sparklite’s world to life. The different hues are vibrant and help bring out the mood of each biome. The animations are all very polished: Ada’s widget fiddling, swirling sandstorm enemies sending torrents of sand, firing off the menagerie of gadgets, or watching a musical performance, all of these actions feel satisfying because of the animation. The first game that sprang to mind was not the Legend of Zelda of old, but actually Secret of Mana, at least visually. 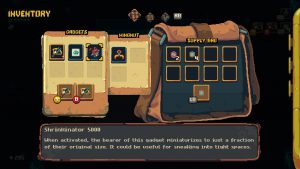 The gameplay also houses some exploring and light puzzle solving in the form of pressing switches hidden around an area. Exploration is also where Ada’s robotic side-kick Wingnut helps out: he can do a few non-combat things like pull up things buried in the ground, or vacuuming up the muck. It’s a neat change of pace every now and then, but there are few instances where he comes in handy. If you have an extra controller, you can have a friend join as Wingnut. It actually felt cool to have a second player act as more of a secondary helper, but I wish there was more for him to do.

Just as everything starts getting good, it dwindles down. The game offers a limited amount of exploring with the trials to unlock the exploring gadgets being the most intense (read: not that intense). That leaves combat as the main entree, and it is lacking in areas. The wrench/hammer melee is the only main attack and it doesn’t change. The gadgets all feel the same and don’t necessarily add anything to combat, least of all damage or safety given how slow and weak they are. The remote controlled bomb balloon is probably the most interesting, but also the least useful because of the amount of maneuvering it takes. Every kind of widget can probably be encountered within the hour or so. There are also only a few enemies per biome, with only one boss in each. 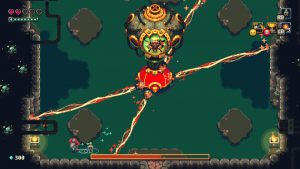 There are certainly rogue elements in place. Worlds will change on death, and for maybe the first few hours this game can feel tough, but it quickly loses its edge. It’s easy to plow through the world’s bosses, and they don’t have to all be defeated in one go. Even though the world changes, it mostly stays familiar. Fans of roguelites with lots of secrets, unlocks, synergies etc. will likely be disappointed. It’s a fun game, but it feels too short and small to compete with games more dedicated to that genre. Instead this should be thought as an action-adventure game. 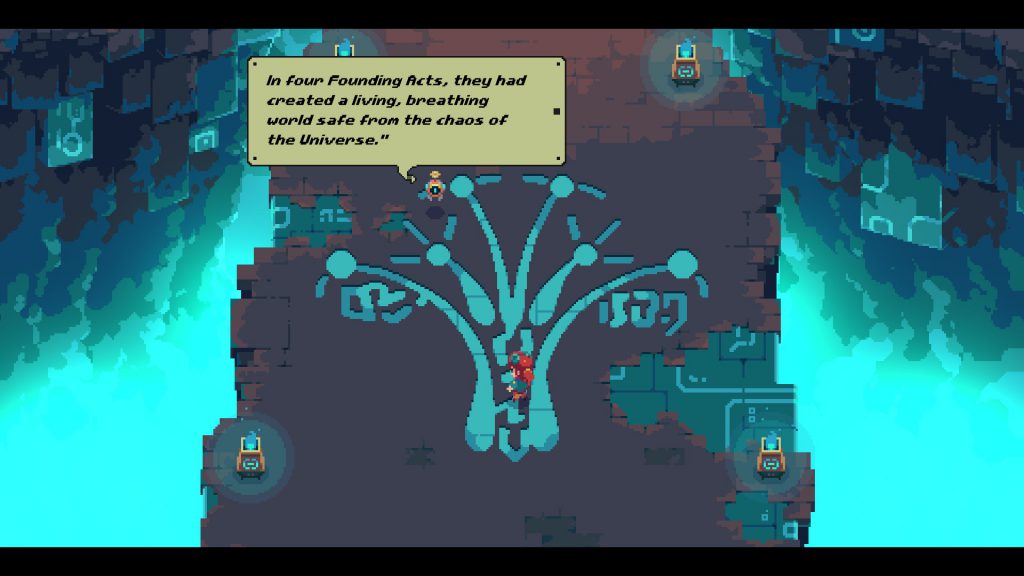 Speaking of small, the world and lore also feel like they have more to say but never quite reach the potential. There are some environmental themes throughout and the idea of corruption. There are also some neat bits of lore regarding the creators of the world and such, but it is only ever teased, even until the very end. 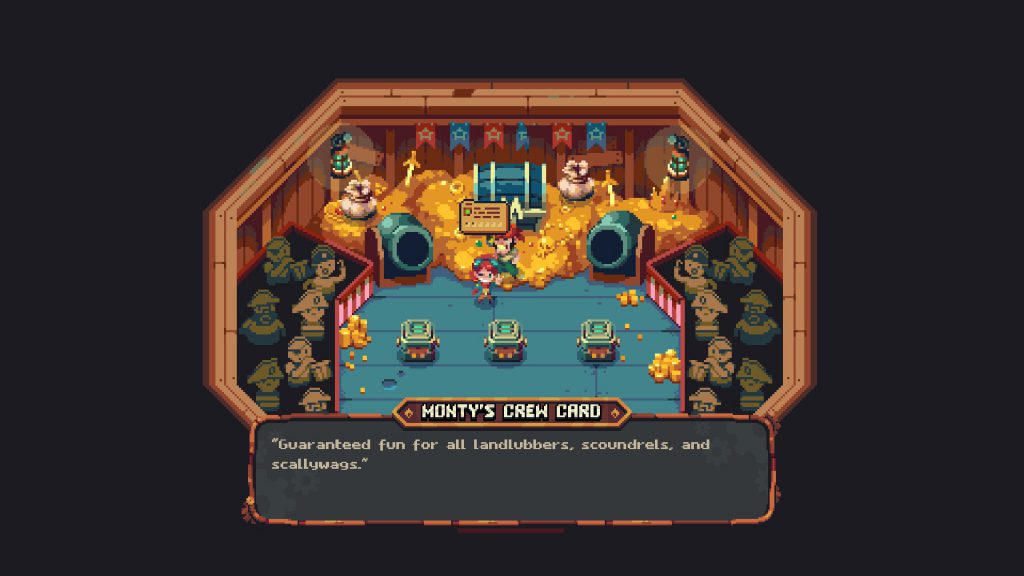 Sparklite is incredibly charming and loveable. It’s accessible, polished, and fun. It is also maybe too accessible and easy, which, coupled with a smaller world, makes it a rather brief trip. The game is fun and enjoyable in many ways, and I wish there was more of it. It is full of nice details and captures a great slice of handheld Legend of Zelda. For someone new to video games, this might be a great entry point. Sparklite is great little game that leaves you wanting more.