REVIEW: The Legend of Heroes: Trails of Cold Steel III

Trails of Cold Steel finally jumps onto the current generation

It just keeps getting better

The recent ports of Legend of Heroes: Trails of Cold Steel I and II to PS4 were preludes to the continuation of the long awaited sequel. It’s not just a simple one though… because this is the first one made for the current generation of Consoles. On top of that, the story experiences a jump in time after the graduation of our Heroes.

One of my worries was whether Trails of Cold Steel III could keep up with the incredible User Experience offered by the prior two PS4 ports and I can say with relief that it’s able to so! The only change might be slightly slower loading times but that was within expectations due to higher quality assets. Make sure to take Trails of Cold Steel I and Trails of Cold Steel II into account, if you haven’t already, as the gameplay is largely the same.

Before we go into the story, let’s have a talk about something else…

The entry into the Trails series

There has been talks about how to play the Trails series as it’s a part of a greater story and there are references spread throughout the games.

1. Should I start with Trails of Cold Steel III?

You could but I don’t recommend it. The Trails of Cold Steel series is based on the character Rean Schwarzer. It’s his story and the first and second one builds up a foundation on who he is and his acquaintances. While there’s a Summary like the prior games, it does not cover the intricate details.

2. People tell me I shouldn’t even start with Cold Steel but all the others prior to it!

This is a non-issue and more of a matter of perspective. While you will without a doubt, miss references to all the other games, on the other hand, you will indubitably have an experience that is exclusive to YOU. Why?

“Trails” veterans will have a different experience from you and that’s ok. Maybe you’ll like Trails of Cold Steel so much that you are going ahead and go for the other games in the series. At the end of the day, after the full journey, you will get a new perspective when playing Cold Steel once again. Creating a new experience with the revisit. Not as Rean Schwarzer but as an Observer of the whole story.

Story: Graduation! And back to the Academy?! 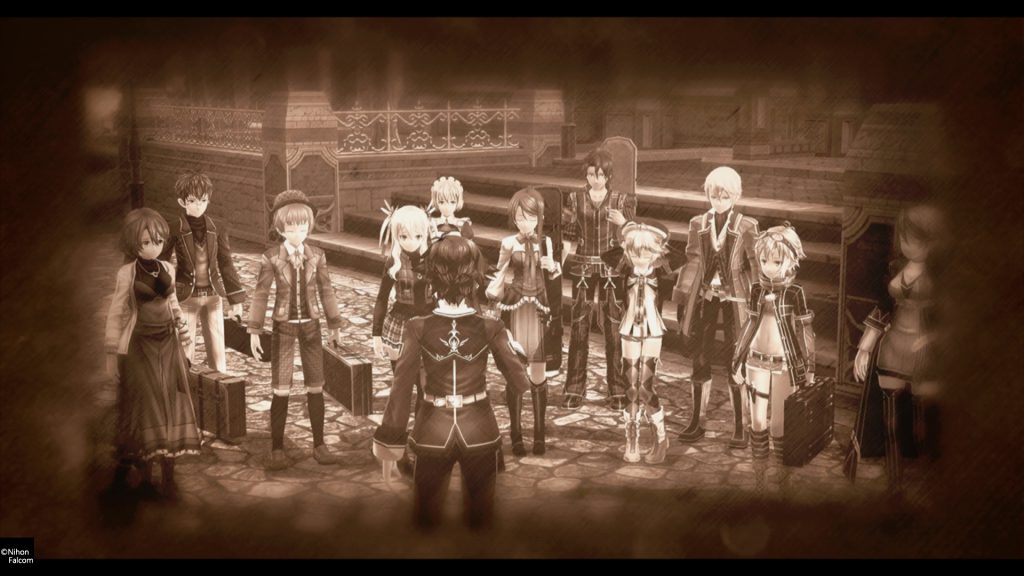 After the prior events that left us the players and the heroes unsatisfied, the Story continues with a time jump in time. When? After the graduation from Thors Academy! Class VII and all the other classes that have fought together to bring peace are no more. Everybody is ready to go their own way.

Our Story keeps following Rean Schwarzer the established protagonist of Cold Steel. After graduation and being done with his duties as the Ashen Chevalier, for now, it is time for him to look into the future and it leads him… back to Thors Academy. To a Branch of the Thors Academy to be exact and this time it’s the other way around: An Instructor. 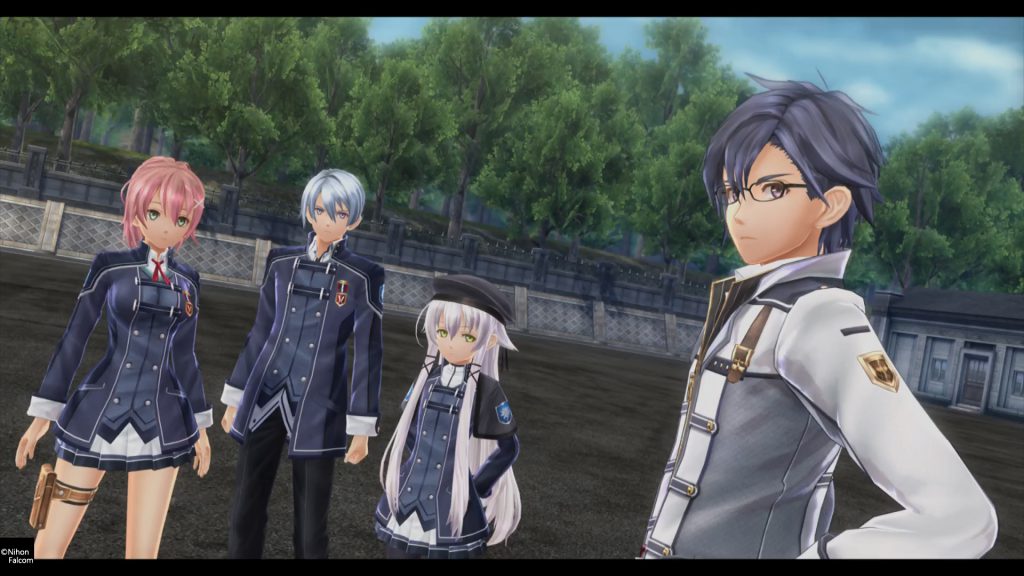 From Pupil to Teacher. What a twist of fate! Though there’s a catch to it. Unlike the Main Thors Academy, this Branch is considered to be an expendable dump. Anyway, to nobody’s surprise Rean Schwarzer’s responsibility lies in a new Class VII. Build up from new recruits to follow the footsteps of their predecessor’s step for step. Maybe there’s more to it than what it seems to be…

The Story is what you expect it to be. Carefully crafted with attention to detail. You will meet old class members throughout your journey and every time it is kind of a delight to meet them once again. Which is why it’s important to at least have the foundation of Cold Steel I and II. Otherwise, there’s not much to say, except that it’s a marvel how everything is spun together increasing in lore from game to game. Quality and Quantity are there. Going around the locations you visit and talking to the people will always deliver additional information, increasing your investment into the world of Trails.

The Legend of Heroes: Trails of Cold Steel III keeps true to its origins and evolves the original gameplay with many refinements. Don’t fix what ain’t broke is probably the best way to sum it up and it works wonders.

Everything you know from the ports I and II are there. Walking or cut scenes are moving too slow for your taste? Speed it up! Don’t want to backtrack from Point A to Point B? Quick Travel! Yes, everything is here including more! Special events are marked on your map. No longer do you have to fear missing something.

The biggest changes you’ll find are the encounters. For one, there’s no longer a weapon affinity when you hit them on the map. Hit them from the back and you get a Double Advantage.

But what about the Triple Advantage you might ask. This is where the new feature comes in. You have a special attack at your hands that comes with two stocks. Hit them with it and you will get Triple Advantage. Refilling the Stocks is done by breaking things, making it another good reason to smash everything in your way. Since we have talked about how to engage the enemy it’s time to talk about the battle system and its changes and additions. 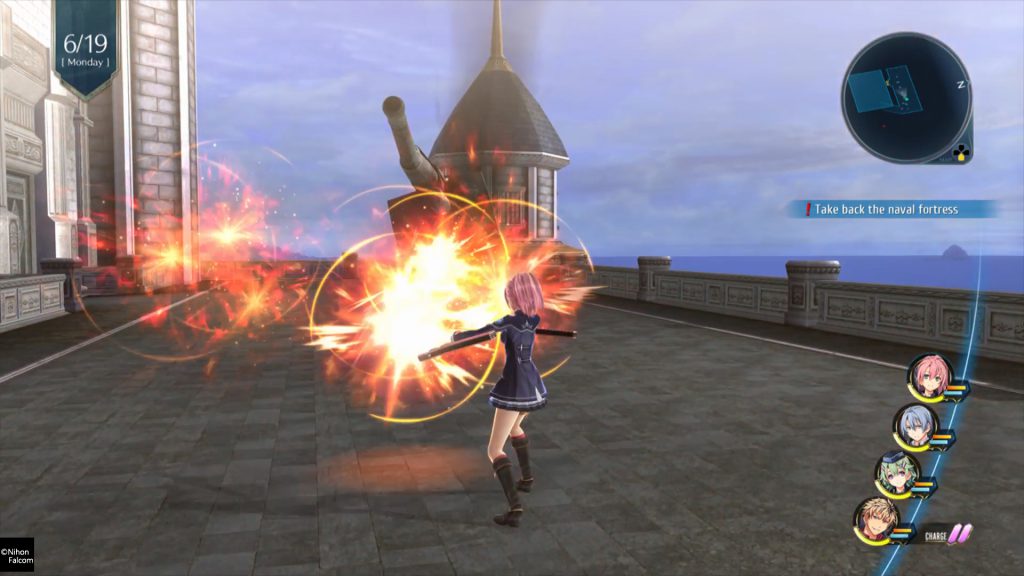 Just as you know it

The battles are mostly the same just as you know them. There’s no doubt that you will be able to jump into it very fast with a very low amount of time needed for adjustments. The only noticeable thing that’s missing from the predecessor is the Overdrive but you get some other things to fill that gap. 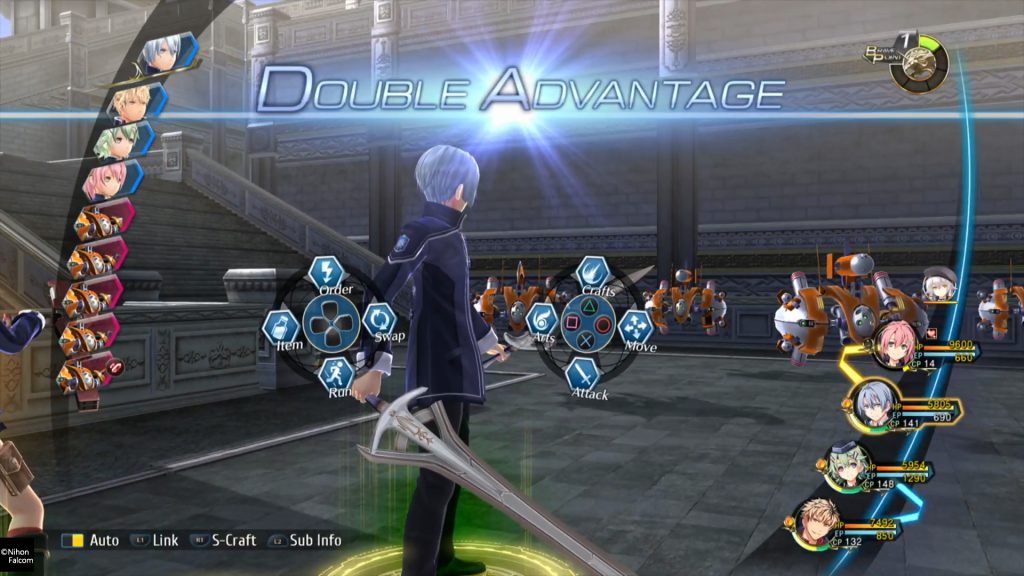 Instead of going through each option one by one, each of the major actions is assigned to a button. This speeds up the selection process by a lot in accumulation. Without a doubt a small but very smart improvement.

One thing that possibly gave me some irks was the randomness of Unbalancing your opponent. While that particularity remains in the game, the addition of the Guard Gauge adds a much-needed layer of certainty. How so?

Once the Guard Gauge depletes they will be in a stunned state. If you play Fighting Games, it’s when they have stars or birds flying above their heads showing their complete helplessness. This is the case here too, but not only that! Once they are Stunned you get a guaranteed shot at unbalancing your opponent! This means you can now plan ahead when it comes to calculating the usage of Bravery points. There’s also an additional challenge that comes with the Guard Gauge because Bosses now have an Enhanced State. Deplete their Guard Gauge to stop their rampage!

This is where the Triple Advantage comes into play too. By hitting them with it, you automatically halve their Guard Gauge, giving you a huge advantage. 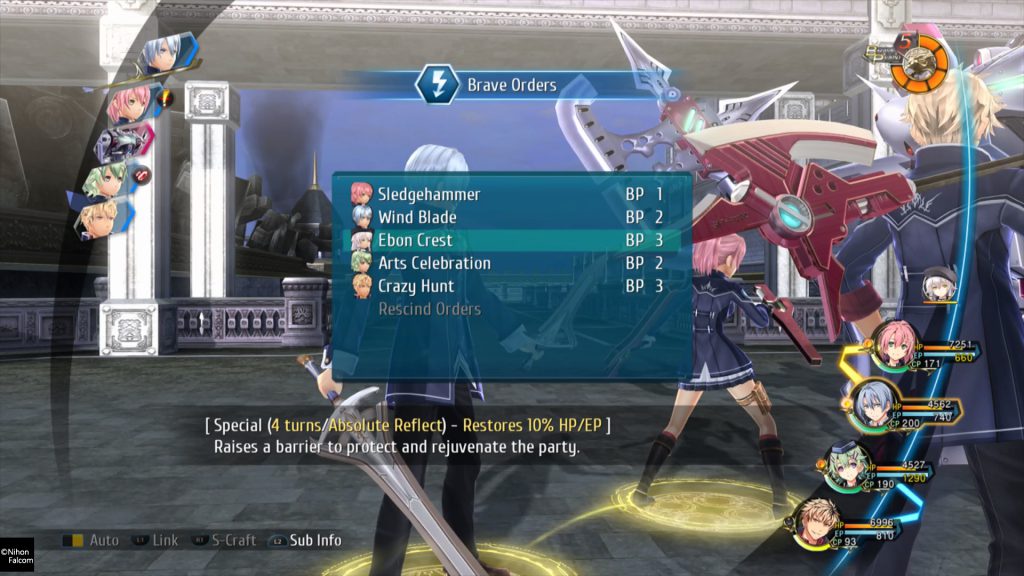 A substitute for the Overdrive. Introduced in the story as a feature of the ARCUS II. These Brave Orders will cost you Bravery Points and it’s worth it! Depending on the characters in your team you’ll be able to select from a few so-called formations. Each of them comes with certain buffs. These go from increase of CP gain to halving the damage. This new feature plays a big role in your battles, no doubt.

And that’s it. It’s your traditional Turn-Based-Battle system. Plan ahead and be ready for all eventualities. Trails of Cold Steel III has clearly improved the battles with small but smart refinements.

In case you’re fearing you might get stuck at a difficulty spike, fear not. There are multiple difficulties to choose from and if that’s not enough you can nerf your enemies after each loss. There’s no way for you to get stuck when it comes to an enemy. 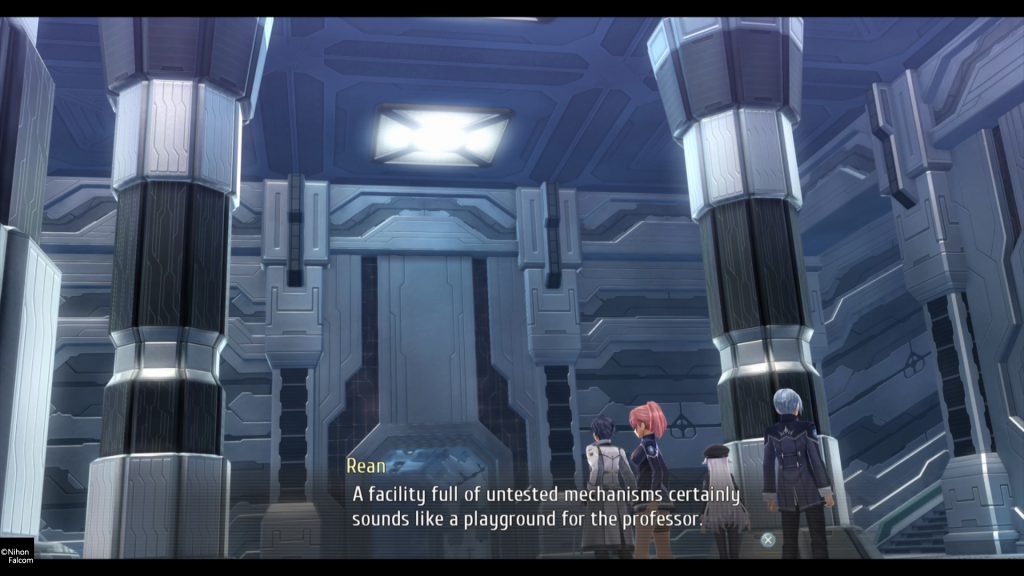 It looks noticeably better than it’s predecessors but that’s no surprise due to improved hardware by going from PS3 to PS4. Characters look more detailed with better textures, which also rings true for the environment. It’s nothing huge but you will notice the subtleties.

What’s even better is that they managed to keep the Turbo function and relatively short load-times. It’s no secret that Trails of Cold Steel I and II are the games that singlehandedly make me realize how big of a difference load times can make when it comes to the User Experience.

The sound is pretty much the same as what you know it to be. Dual Audio, great music that sticks. I don’t think there’s much to complain.

The Legend of Heroes: Trails of Cold Steel III resumes the high-quality output of the Trails series with more refinements and the meticulous story we all know and love. Including a long-running consistent story, likable and realized cast, as well as gameplay that is as challenging as you need it to be.

This game and the Trails series is one-of-a-kind spanning across multiple games doing its best without fail. If you’re looking for a traditional Turn-Based JRPG and a game that can keep you busy for countless hours, this and its predecessors are the games to get and therefore an Autosave. I could even imagine it lasting for the rest of the year depending on your speed.

Still undecided? Check out the demo on the PSN Store and get some hands-on for good measure! 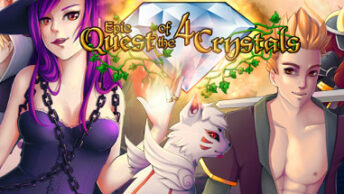 REVIEW: Epic Quest of the 4 Crystals 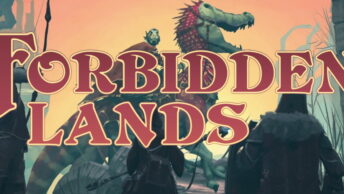