“A 2-D hidden gem that is parts creepy, surreal and metaphorical. A poignant Marxist commentary on how society places property rights over people and the nightmarish consequences of being overriden with greed.”

Marxist aesthetics holds that artists and artworks express what is invisible or below the surface, sometimes unbeknownst to the artist, but also at other times consciously. Marx attributed transformative powers to art. Art can be a symptom of society, mirroring it, but it also can reveal how we view the world, and aid us in changing it to pursue a broader goal of emancipation and freedom. In Distraint, we see a world clouded by the valuation of property rights over human rights. A world where exposure to homelessness means nothing compared to a new corporate promotion, a new flat, or a new T.V. Characters plagued by corporate greed and unduly materialism, in contrast to the victims of eviction, old age, and homelessness. 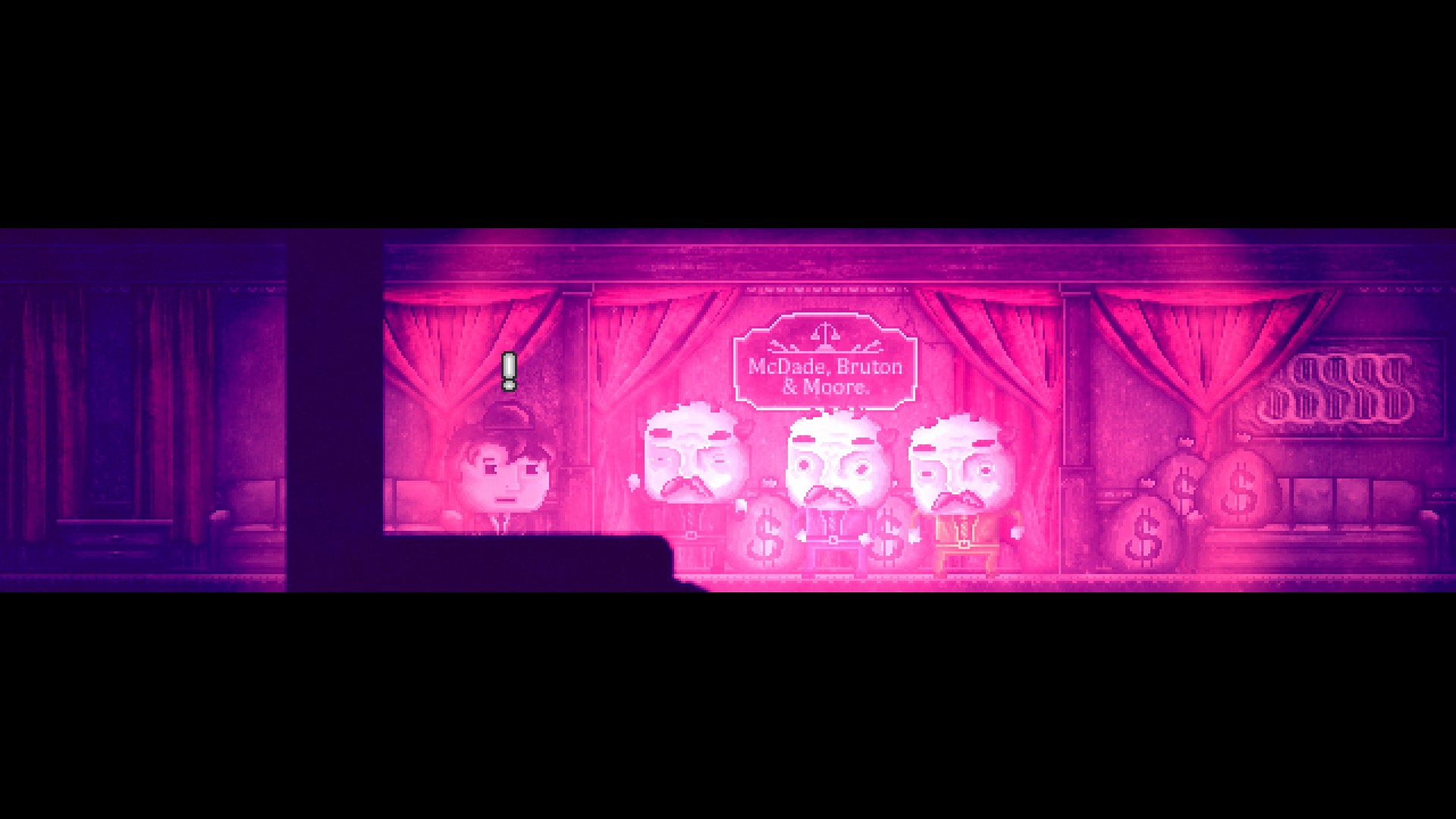 Distraint rejects moral relativism and instead, replaces it with a narrative that is omnipresent throughout every moment of the game — and, like the fairy tale, the narrative is used as a warning. In Distraint, you play as a blissfully naive real estate agent whom is tasked with enforcing eviction notices. Your job is to enforce property rights over people’s livelihoods and displace people into experiencing homelessness on behalf of your three greedy, ruthless corporate overlords. However, these evictions come at a moral price. Each eviction will harm the protagonist’s livelihood, sometimes to the point of death. However, you return, each time, hoping you get a better flat, a promotion — you sell an aspect of your moral fortitude that is slowly replaced with greed, ambition, apathy and eventually, distraint.

The message is clear: corporate greed is harmful and placing property rights over human life will morally bankrupt you, in addition to harming other individuals and the society around you. At certain stages, the game mediates between surrealist and metaphorical. During your eviction processes, you occasionally escape a shrieking elephant that attempts to force you out of the property you are trying to seize. The game also symbolizes distraint by having the main character experience vivid nightmares in which his deceased parents humiliate him by performing morbid acts like force feeding you an elephant’s carcass because, this is what you wanted, no? Repress the guilt, ignore the plight of the people being evicted and rise to the top of the corporate hierarchy. 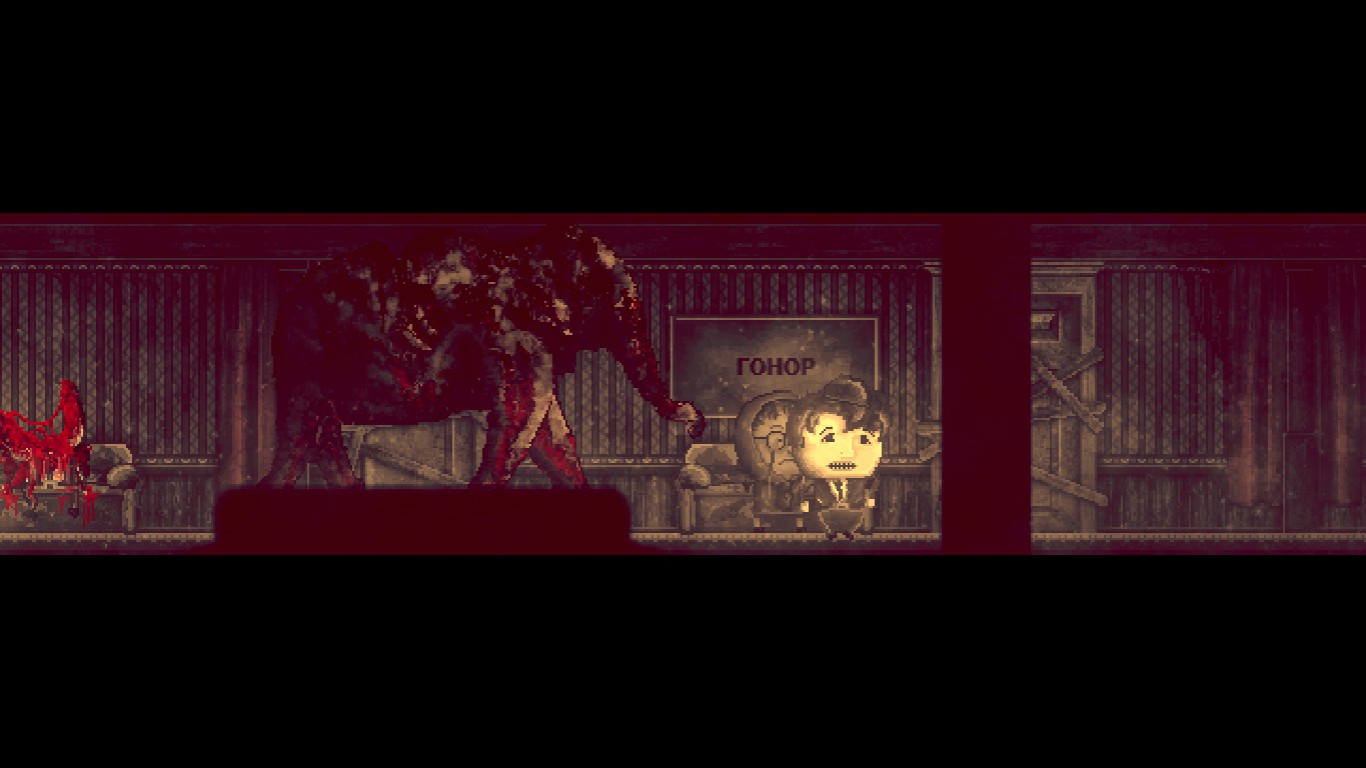 I enjoyed how Distraint compliments its main anti-corporate, anti-landlord thematic with a critique of consumerism. For instance, after you evict your first victim, you start buying new things like an HDTV — but in a seamless critique of your materialism, the T.V. is never used because you’re always busy. Eventually, the protagonist shines a dim light. You sympathize with one of the evictees. An old lady that was displaced to special housing. You feel the need to check on her, so you do, but instead you arrive at a rotting hospice with an arduous line of disassociated old people who are waiting in line for their next turn. You eventually find out the lady died — and this sets you over the edge and prepares you for the final act of the game. This scene is important, because it illustrates yet another Marxist concern, which is that societal problems like these are not solved at the individual level, but rather require urgent systemic overhaul. 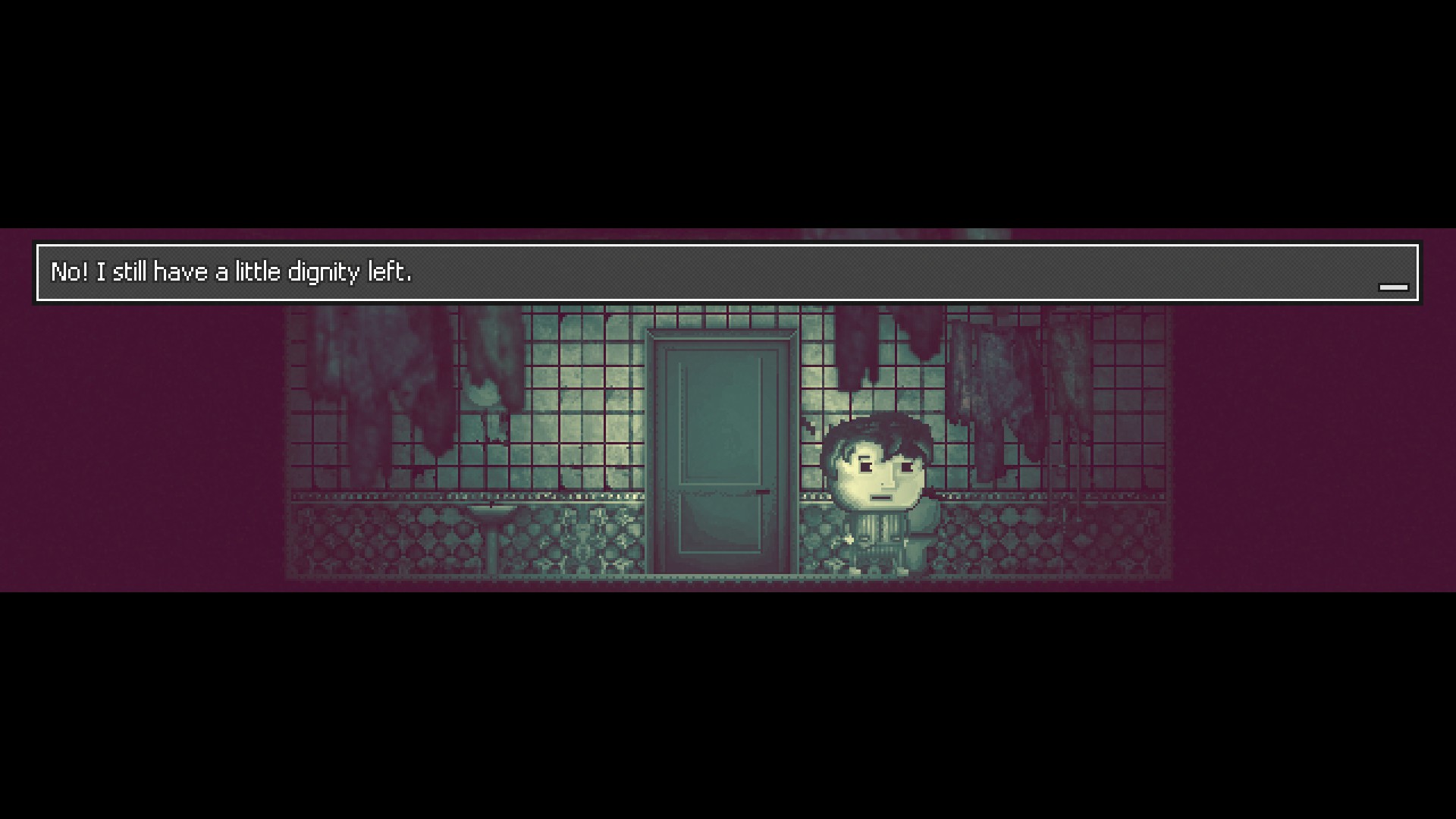 Before you let guilt and distraint overcome you, you will leave this nightmarish fairy tale not with a whisper, but a bang. All in all, great game. The graphics are pixelated and gorgeous. The background juxtaposes either a grey-scale monochrome color theme or dark, seedy and red colors blended together to portray heavy hitting emotional distress. The soundtrack is lovely, particularly when you complete an eviction and your corporate overloads come congratulate you. They awkwardly dance to ominous mariachi music. Cannot say much for the price, since I received it for free, but I would definitely argue $5.00 is a steal for this caliber.