A Story Told One Pixel At A Time

Expectations upon indie developers with a single major hit are perhaps the Damocles that keeps many of these creators stuck within their own strengths and genres to reiterate their past successes rather than branch away to different ventures.

It would be quite the accomplishment for Mike Bithell if Volume happened to handle being both an indirect successor to Thomas Was Alone in terms of gameplay and story depth from the 2-D introspective platformer about context into a simplified Metal Gear Solid game about its lack of context. Unfortunately, the execution falls short of handling both changes, which undermines the narrative praise from TWA and the gameplay potential within Volume.

A Story Told One Pixel At A Time

As someone who appreciates the arcady-stealth approach from early Metal Gear Solid titles as well as the playful sandbox stealth games that followed MGS3, Volume manages to scratch that itch of the playfulness of disbelief and puzzle-like manipulation of the original titles that hasn’t been seen by MGS for a long time. Some people may dismiss this derivative nature to the VR package of MGS1, but Volume goes to show that just because a game has obvious source material there is still merit in the imitation. Even the minimalistic design inspired by the VR Missions feels distinct for Volume as the attention to detail of gameplay and style learned from Thomas Was Alone sets it within a game of its own right.

It would be easy to claim Mr. Bithell chose to focus solely on refining the gameplay without regard to the narrative touches that made TWA so beloved by many people. However, it’s the emphasis on gameplay that tells half of the story by what makes Volume a sequel in its own special way aside from a subtle reference about the “seven architects.” 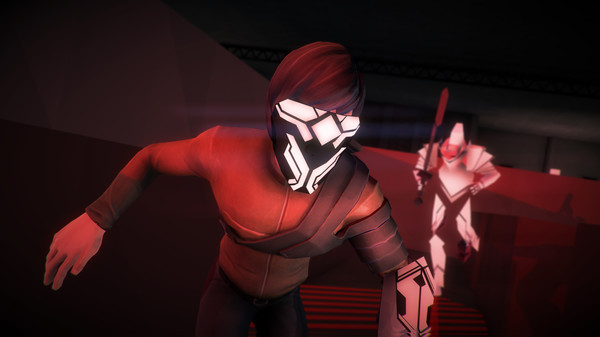 The real beauty behind Volume as a “successor” to TWA is how both the gameplay and narrative accommodate the transition from 2D to 3D with all the small touches of characterization found within Volume’s usage of shape, design, and color. Whereas with TWA these small details and narration cemented strong personalities that gave faceless shapes distinct traits, Volume utilizes these details to inform the player about the level design of the simulation, the real-world effects of each level and the growth of the main characters, Locksley and Alan. The one-hundred levels tell more about the plot than all the text-logs and prompts of every mission screen as the layouts are an idealized window of Locksley’s view of his battle and Alan’s adaptations to the level’s design are his clarifications into the real world. Despite how disjointed the narrative is with its overall exposition, especially with the antagonists not given enough presence, this is the caliber of quality that puts these games’ minimalistic design into a league of its own. 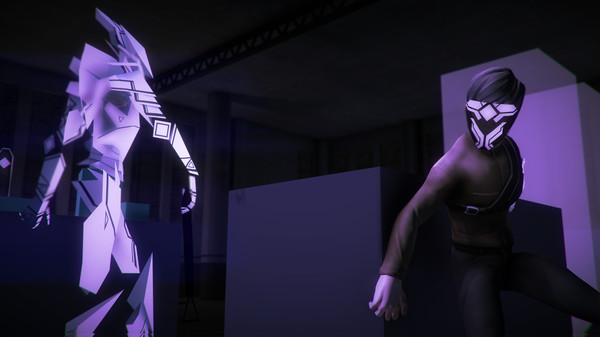 Having praised the small touches that tell so much about the game’s world and narrative, the actual plot behind Volume is far weaker because of how jarring the game’s events are to the real-world consequences it wants you to believe has happened. As much as the gameplay wants to work in tandem with the storytelling, it will constantly break any sense of disbelief from the simplest of unresolved questions to an option within the menu.

The set-up for Volume is you are playing an allegorical Robin Hood figure in the near-future where AIs have evolved to a point of competing with human labor as the resulting conflict has developed a dystopian England under a corporate entity that has monopolized the democratic process by merging the corrupt corporate interests with national security. Although we never really see the effects of this dystopian society on the AIs that emerged from TWA, it’s implied from the guards that they are as bound of their potential as the masses enslaved by their poverty. As intriguing of an idea for a retold classic, the process by which Locksley goes about to redistribute the wealth undermines the seriousness of this plot as he live-streams his simulated heists to steal abstract riches for the masses to do the dirty work for him. 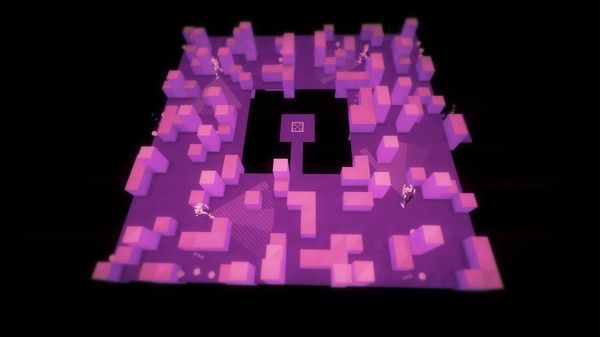 Sudden tone-shifts aside, the problem becomes worse when combined with the gameplay. As previously mentioned, one option allows you to set check-points rather than do a full-restart on capture, which doesn’t sound bad until you realize you can abuse those check-points to make progress just before you get caught. Furthermore, there are tons of gameplay elements that take away all sense of realism such as enemies’ cone vision shortcomings and lacking peripheral vision, the unreal usage of gimmicks in each level like shadows, and the usage of sci-fi cyberworld gadgets. Even if you could ignore all these conflicts as “It’s a game” the amount of time given for the story that plays its events out as well as the fact that a public stream is not being countered by Big Brother is beyond believable.

To describe the matter more succinctly, many games nowadays have used the fourth-wall to immerse the player with the consequences they make whereas Volume is the Deadpool of video-games where it is so immersed in breaking the fourth-wall it’s hard to take anything seriously. 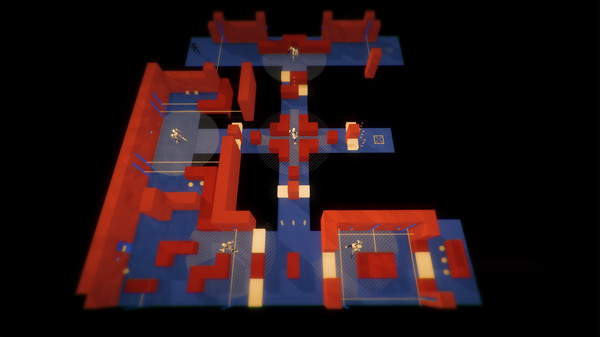 Simplicity Limited Not By Ingenuity But Timidity

As for gameplay, however, how does Volume hold up? The basic gameplay is a polished version of arcade-stealth controls that annoying lacks a run button but offers a whistle button to compensate for your limited speed with various gadgets, environmental effects and superb level-design. No level or gadget feels wasted in exploring the game to its fullest potential amidst its many constraints that will bother avid fans of Metal Gear Solid titles.

Perhaps this was done to not overwhelm the player with so many tools to use for every level, but the biggest problem with Volume’s gameplay is the one-item limitation for gadgets. The game plays so close to MGS and mimics its VR-aesthetic; however, it fails to capitalize on the levels of interactivity that helps mitigate the linearity of these games with open-ended tools of chaos. Even if this limitation was to keep the game from becoming too complicated or exploitative with abilities like cloaking, the game already requires you to pick-up gadgets in every level and there is a resource-meter to prevent spam abuse. (This resource meter is also an annoying anchor to gameplay as you have to wait for a full recharge every time you respawn, regardless if it’s ready for use.) Another form of anchoring the player is the usage of banter within levels that can last up to 90 seconds without interruptions when caught and the blaring usage of chase-music that baffles me how the alert-phase for an MGS-inspired game could get it so wrong with how abrupt it is and its lack of pace. (Even the name Volume feels misplaced in a game that has no sound mechanics.)

When it comes to the issues of Volume, it’s not one single matter that breaks the appeal of the game but the many small oversights and blunders that keep a good game from being great. 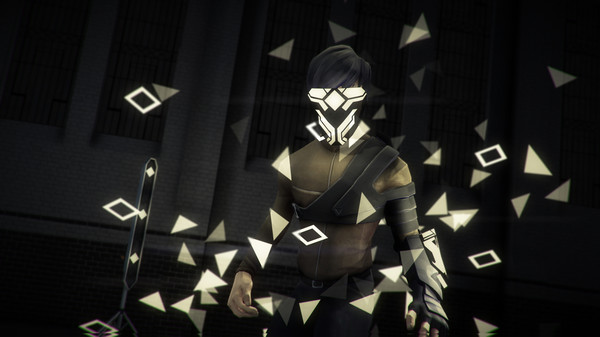 Next Time, Turn the Volume Up 11

As unlikely as the possibility of there being a direct sequel to Volume—especially if you consider how much each game has deviated in this “series” as well as the fact how the one-hundred levels explored the limitations to let the built-in editor and community explore whatever was left—I am excited to see what Mr. Bithell has in mind as there were a lot of lessons gained from Volume and a lot more left to be learned. The only thing I can hope is that any future limitations have more confidence behind them and seek to push the potential of whatever grand idea is in store.