No wonder they sent me, the officers here are barely prepared.

It was just a normal night in the small town of Pineview when a shot was heard. Upon investigation, the young couple living there was found dead. Enter Detective Michael Stone who was sent to Pineview just to help out with this case. Soon after arriving, he’s joined by Officer Blunt to both help him out with the case and navigating around town. Inspecting the crime scene, the victims are Diane and Chris. Diane was shot in the stomach at close range while Chris killed himself. Upon further inspection though, it looks like something else happened here. For one thing, some blood splatters are strangely out of place and the gun has three used bullets rather than the two the scene suggests. 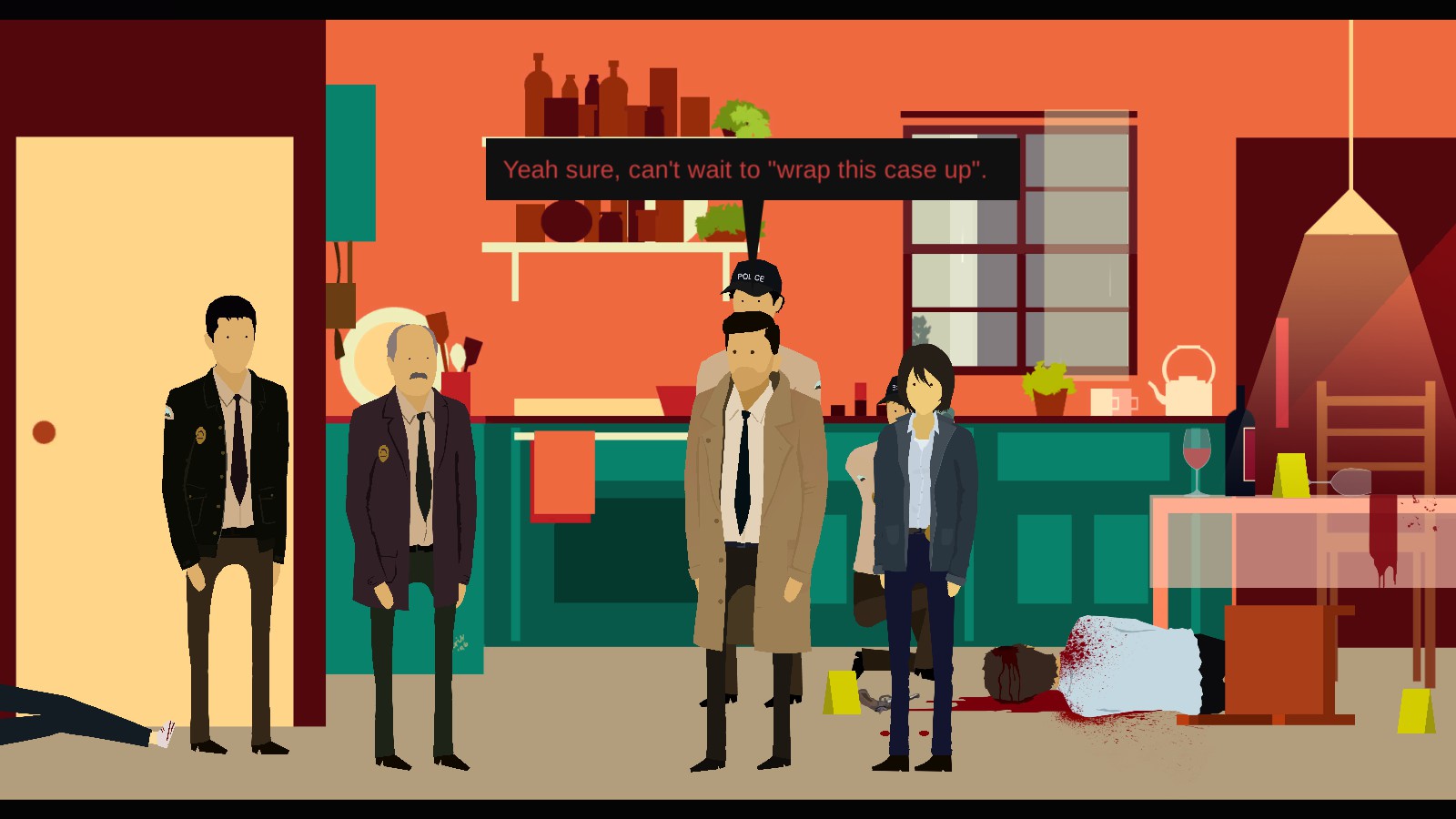 While Detective Stone is willing enough to investigate further based on these outliers, the other officers aren’t. They’d rather see what the picture obviously revealed and wrap this case up before their festival starts. They don’t really want a case drawn out for a couple that closed themselves off from the rest of the town because of some detective. To prove them wrong, Detective Stone is determined to find out what really happened. After all, I’m sure if it was a well-known resident they would have been more than happy to investigate further. 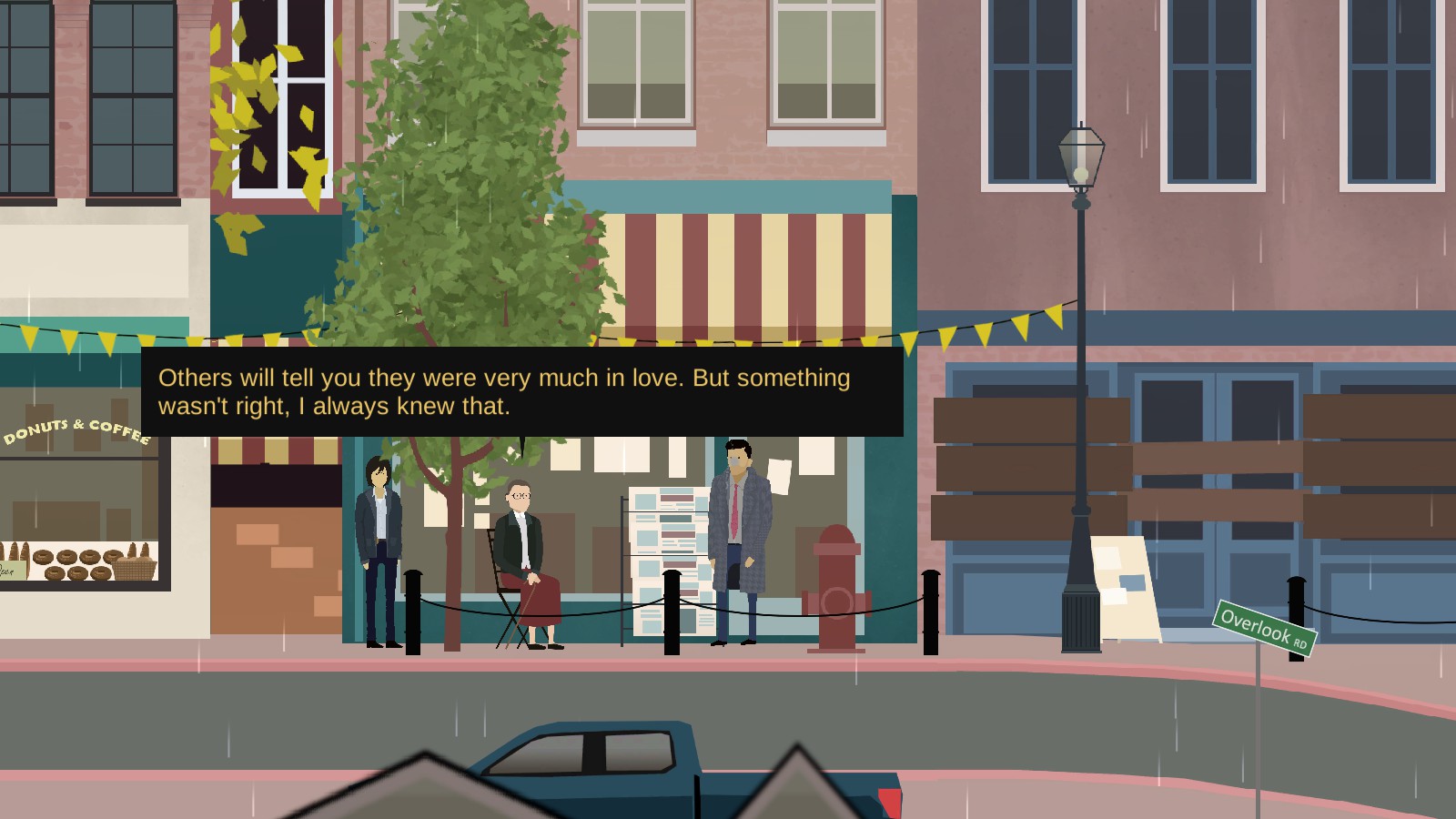 This brings you to questioning the residents. You’ll ask about their alibi, how long they’ve lived in Pineview, if they noticed anything unusual lately, if they knew Diane and Chris (which usually leads to rumors about them), and whatever pertains to the current conversation. Detective Stone will log any important details, but you are able to go back and reread most of the responses if you happen to accidentally skip any dialogue. You’ll also get various objectives as you progress through the investigation. There aren’t many choices you can do and only a few actually affect the story. Otherwise, there are certain residents that you can talk to every day that breaks everything up.

Though, I do wish that your map showed where you are. While I did get the hang of it around halfway through, it was really confusing trying to figure out where you were and how to get to where you needed to go next. 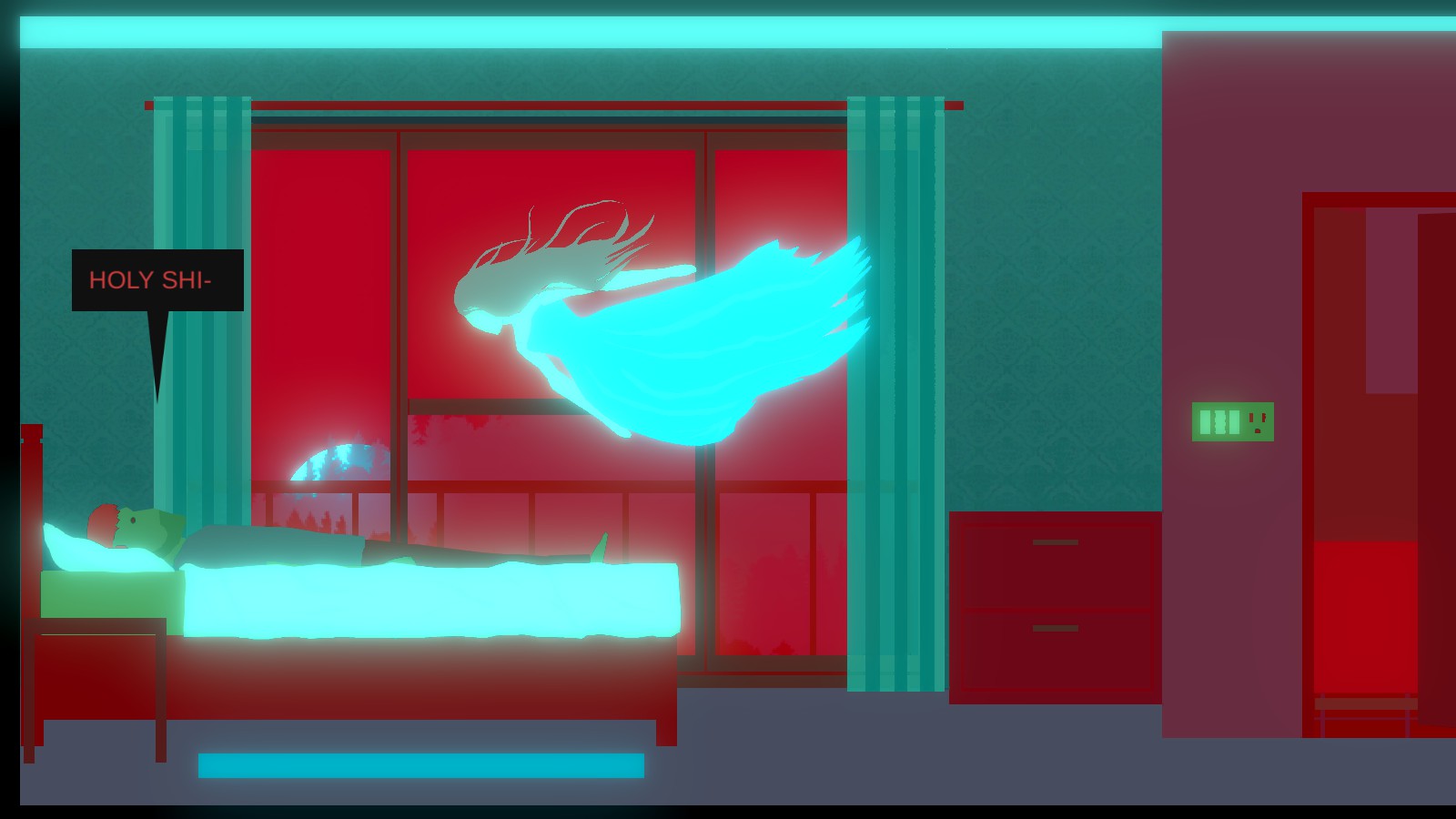 While Rainswept’s end goal is to find out what really happened, it also focuses on Detective Stone’s baggage as well as Chris and Diane’s. While everyone else is sure that the case is pretty much open and shut, it’s weird that Stone is so stubborn. For a town that prides itself in being “the perfect place to escape from your past demons”, it sure drummed up Detective Stone’s. I actually like how Detective Stone’s past is handled, how it’s foreshadowed, and how it explains his stubbornness for this case while also holding him back. I also appreciate how it doesn’t end with him suddenly over it, but rather it is a step in the right direction. 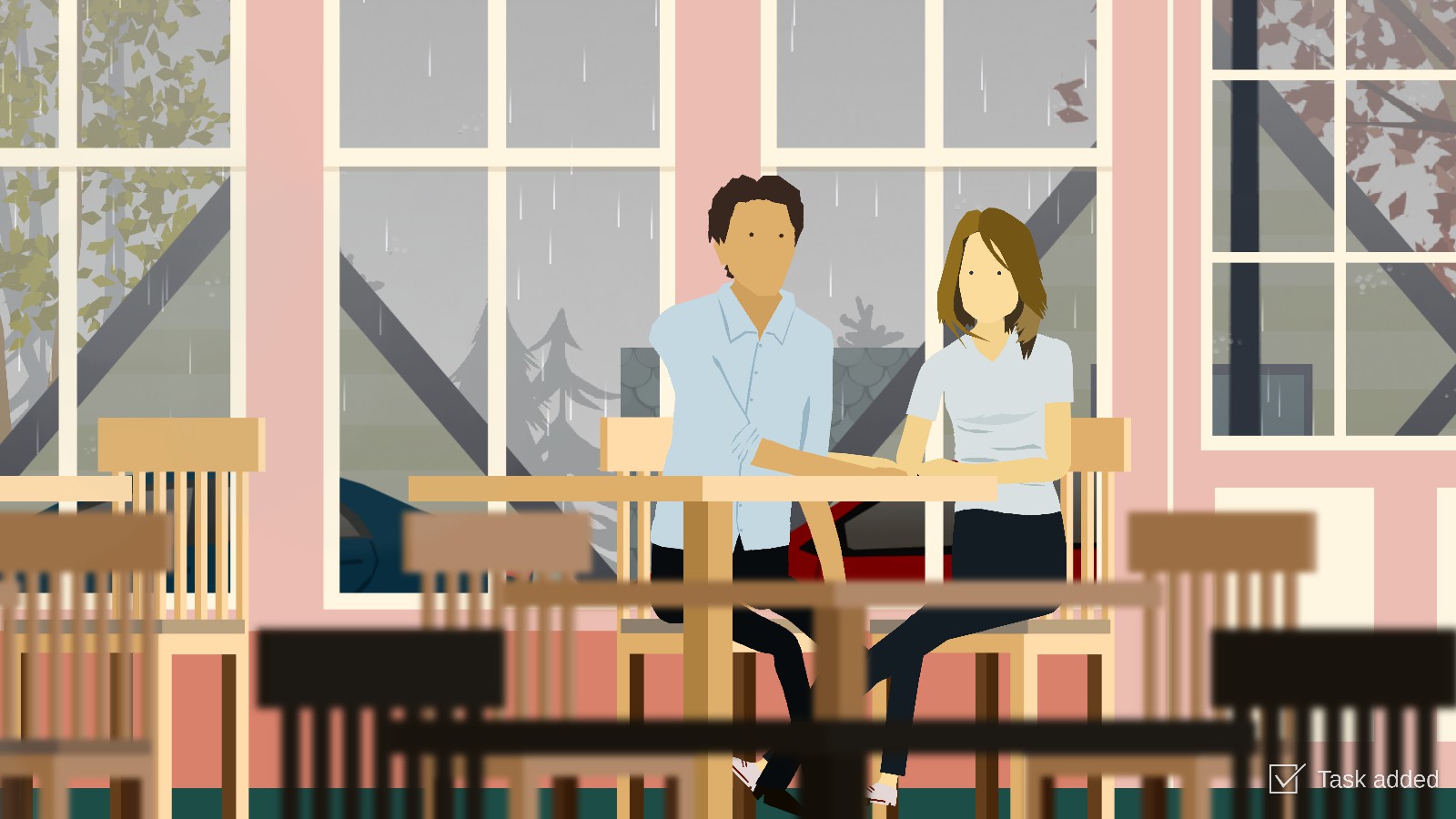 In Chris and Diane’s case, there are mainly rumors about their relationship. Only a select few people actually talked to or overheard them. You’ll hear that they were in love from one person and then hear that it wasn’t even close to a happy relationship. A lot of them simply believe Chris did it based on the rumors that were circulating around. Once you actually meet someone that knew them or someone who finally comes forward about what they overheard from the couple themselves, you’re treated to a flashback. When this happens, you play as Chris as his relationship with Diane grows. This actually works really well in this circumstance. Playing as Chris was a great way to convey his relationship with Diane where it could have easily fallen flat by just having dialogue summing up the main points. I loved seeing how their relationship was established and nurtured as well as how they worked things out. The Chris flashbacks might actually be the best part of Rainswept. 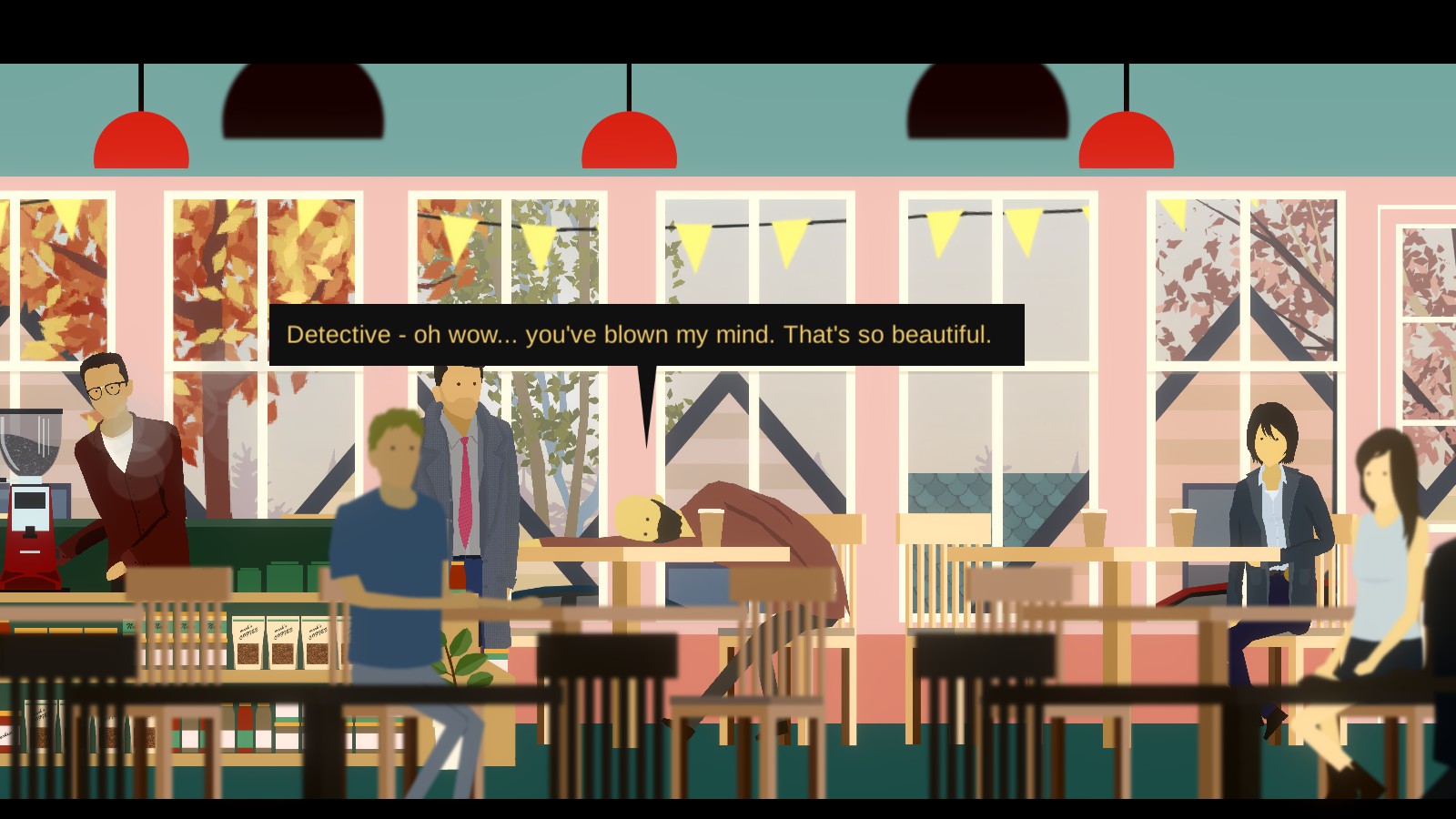 I do wish that there were more subtle hints to what actually happened. A lot of evidence is dedicated to misdirecting the player and pointing to the events leading up to the incident. In fact, when the reveal happened, it was ultimately confusing. I still find it confusing on how Detective Stone came to his conclusion even after sitting on it for a couple days. Perhaps it was because not a lot was focused in this aspect of the story or it didn’t exactly show what Detective Stone meant. There is only one piece of evidence that I can see which was supposed to point towards him and another on why Stone suspected why the suspect did it. 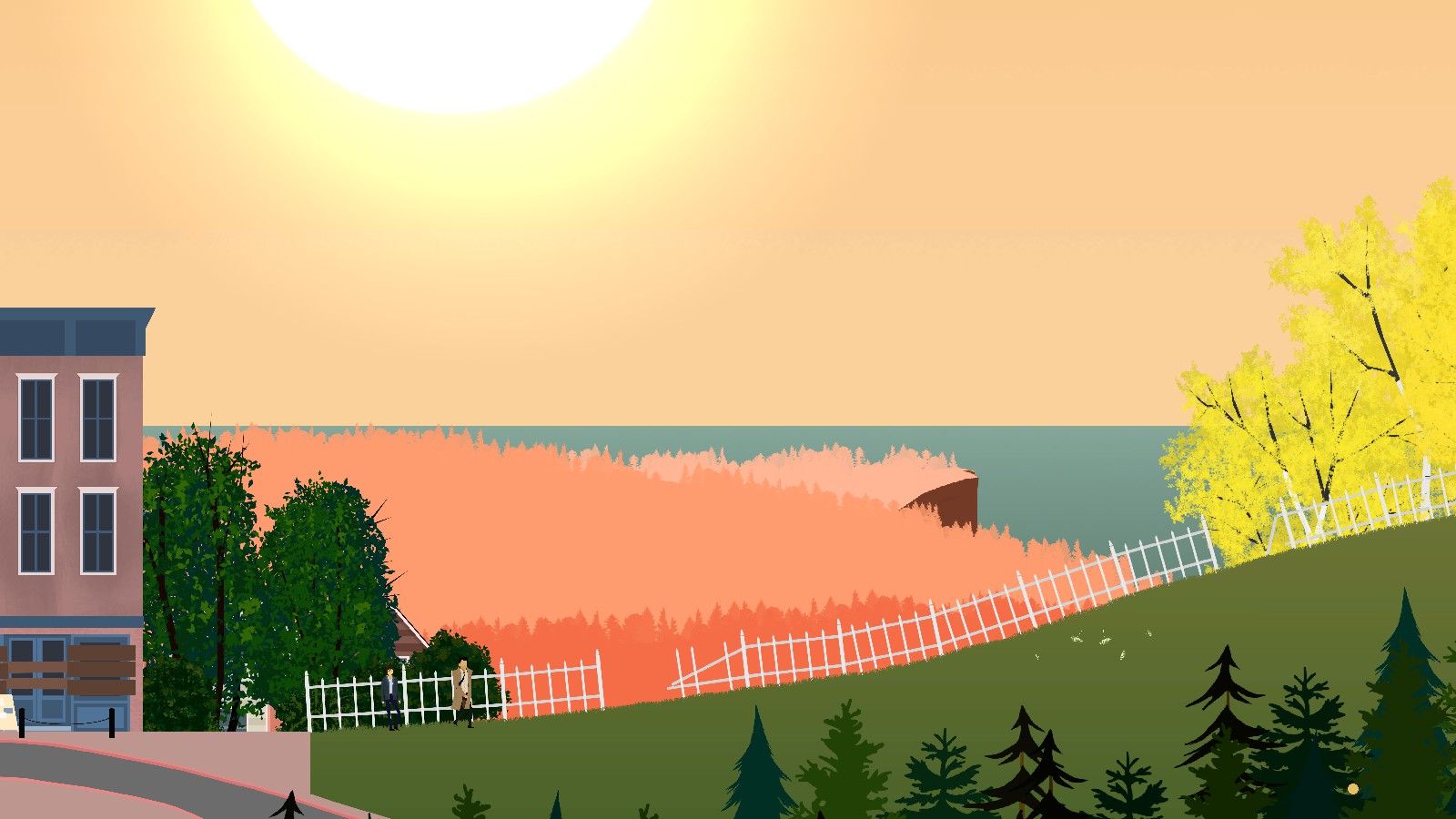 The art is a hit or miss. The backgrounds are lovely, but the models are reminiscent of the Flix and Chill game, though made to look a tad bit more like realistic adults. Of course, this does cause some hilarity when some animations just look weird (like the running animation or when bending ). Though when it comes to certain cutscenes, it does switch to an art style that matches the models while also adding in more details for the character’s features. Something about them having no mouths and how the realistic eyes were stylized just unnerves me. The music is fitting for whatever the situation calls for. A calm track with a hint of mystery while strolling around Pineview, slightly upbeat while in flashbacks, and when the suspense hits, oh does the music match.

Overall, Rainswept is a decent murder mystery. While it excelled at pulling you in with the backgrounds, music, and some story aspects like Chris and Diane’s relationship, it also suffers from ending confusion and feeling rushed at times. If you’re just looking for a light detective game and don’t mind that it focuses mainly on discovering Chris and Diane’s relationship and Detective Stone’s past, Rainswept may be up your alley. While there isn’t that much replayability, there are 2 different endings, along with 2 different outcomes for Officer Blunt and you can see how others react to some of the dialogue choices.