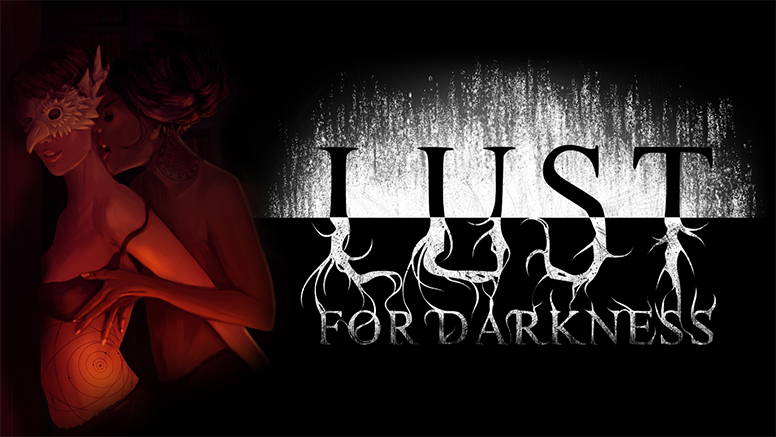 What Agony could have been if it had kept in check its wild ambitions.

After a mysterious intro sequence, the start of the game didn’t look too good: an ugly exterior scene, and cheap stealth just like I hate in so many horror games. But I quickly found a mask and managed to slip into a cultist mansion unnoticed. Well, except when I picked up a random item to inspect it and a nearby bystander determined that I was an intruder. It’s a place full of luxury, it’s shameful to touch an item in public, you can only touch people there. 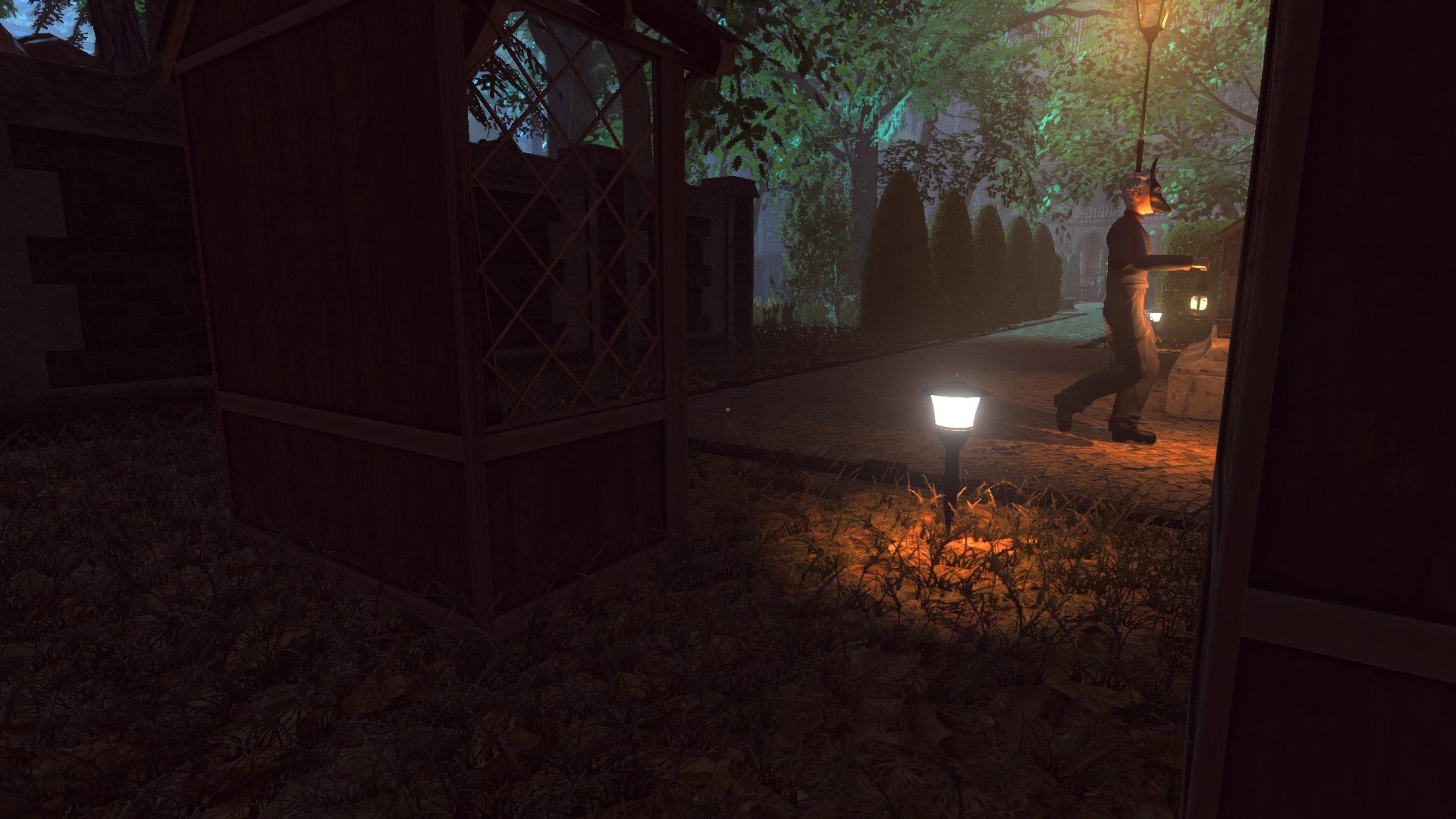 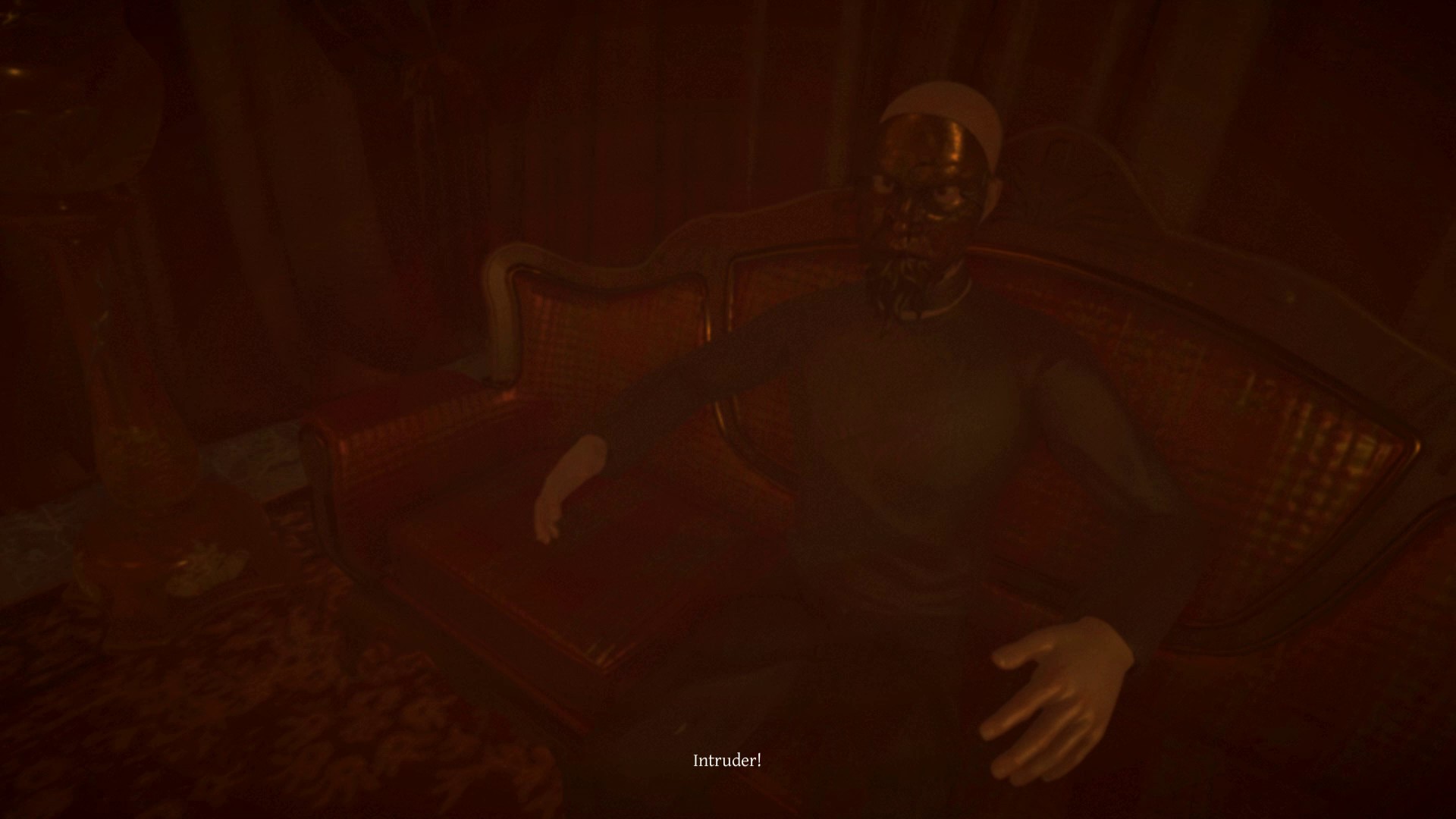 Well you can’t really touch people either; the locals are holding poorly animated private conversations even as you get in their face and try to wave: immersion is clearly not perfect, and you will have to accept that it’s an indie game with lower production values than AAA games before fully getting into the story. 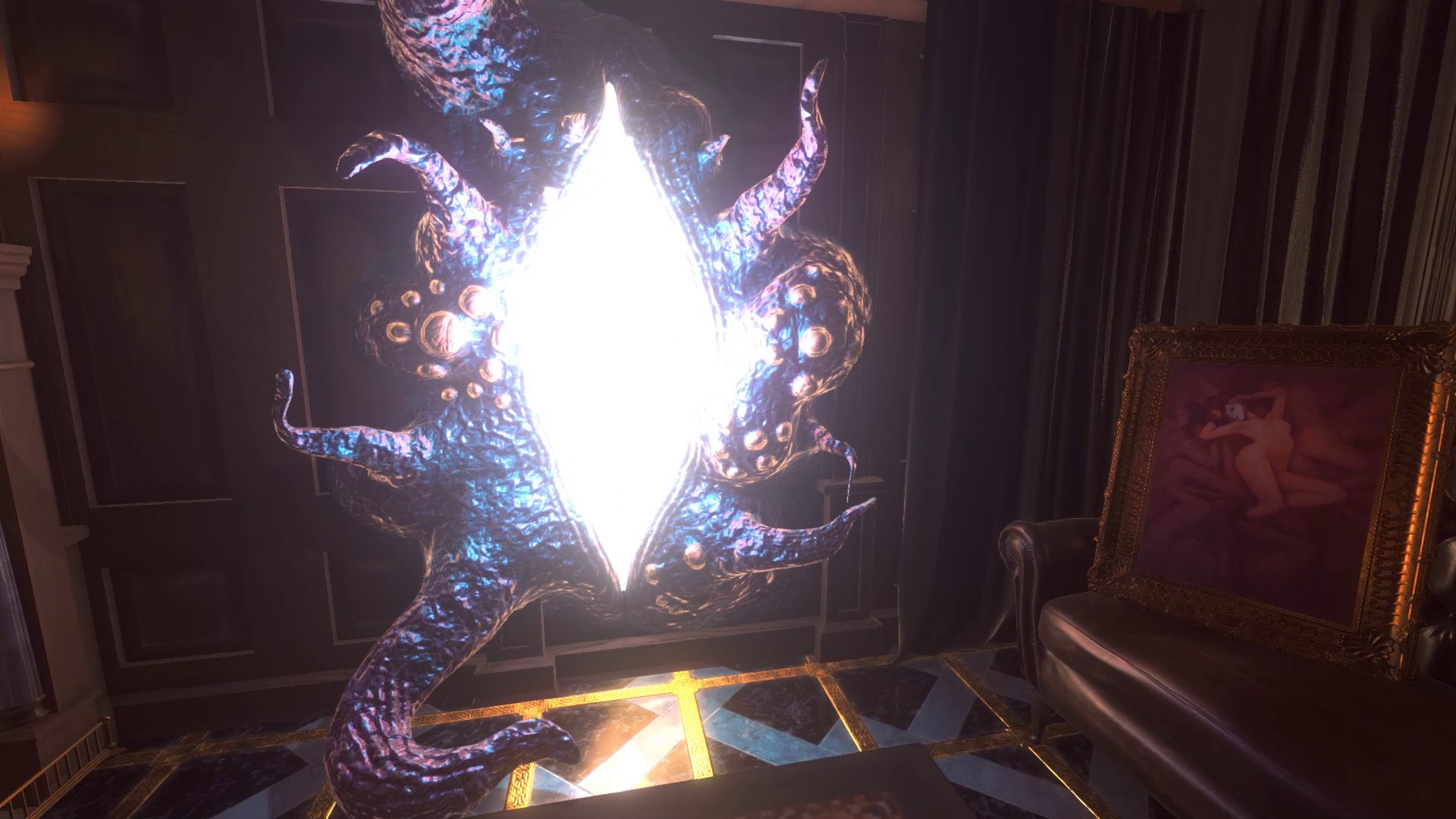 I will give you a rough synopsis without spoiling the details. We find ourselves in a manor full of cultists obsessed with the pleasures of the flesh, and as their lust for flesh is insatiable, their next idea is to open an interdimensional portal to fornicate with otherworldly creatures. Our hero tries to find his kidnapped girlfriend, mysteriously involved with this conspiracy. 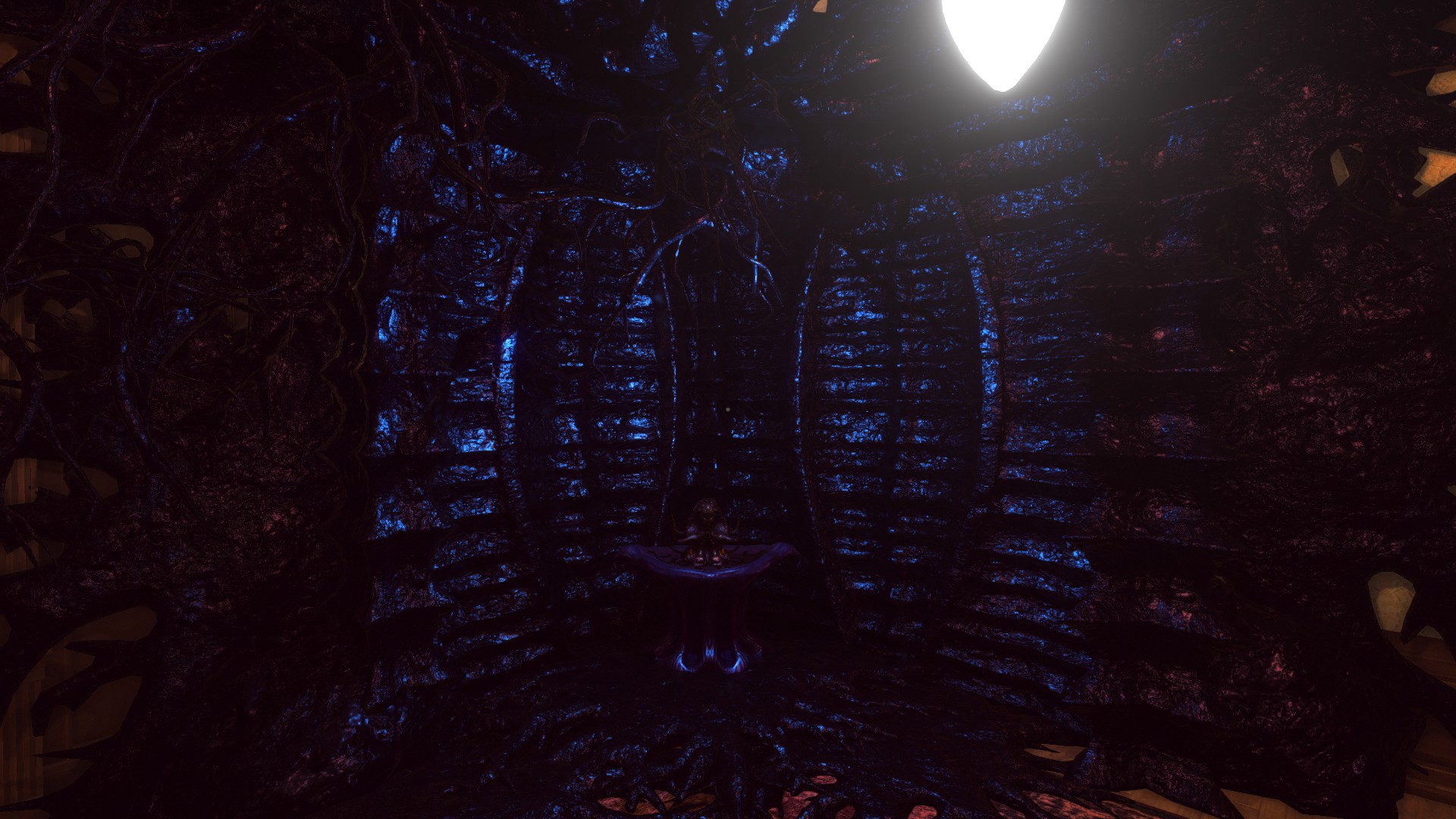 Sex all around you, without you

Cultists and cosmic influence, there is clearly a Lovecraftian inspiration pouring from every hole. The difference is that the monsters we are used to were replaced with phallic representations, dodgy items, and other suggestive statues. Lovecraft did not write about sex or pleasure, but there were many hybridizing cases that we can also find here. My criticism is that sex is the main theme but only as a backdrop, almost like animated statues, it doesn’t translate into game mechanics. Still, special mention to the room in which the objective is to get past eyes in the walls, nice change of pace from guards walking the perimeter. 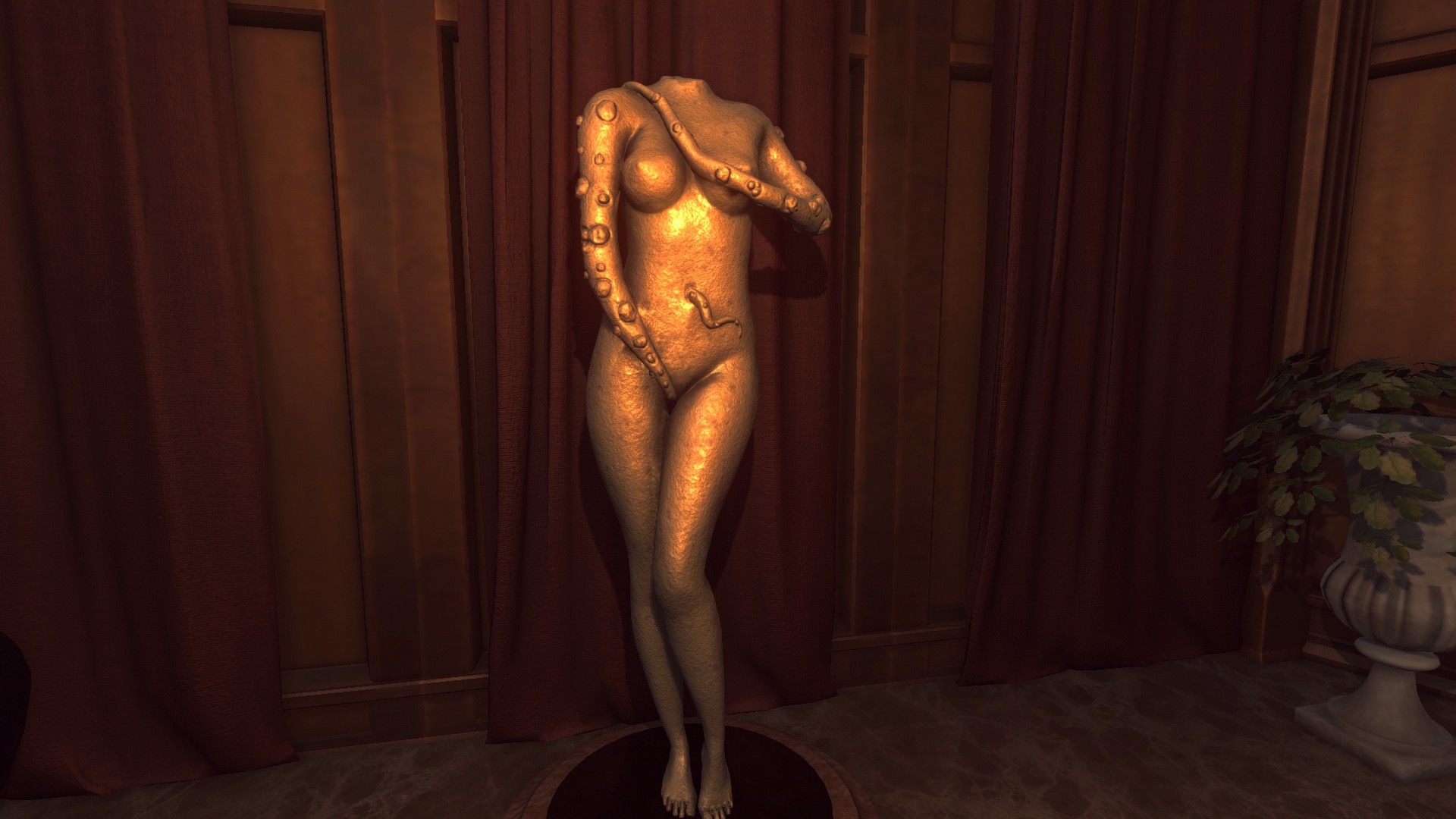 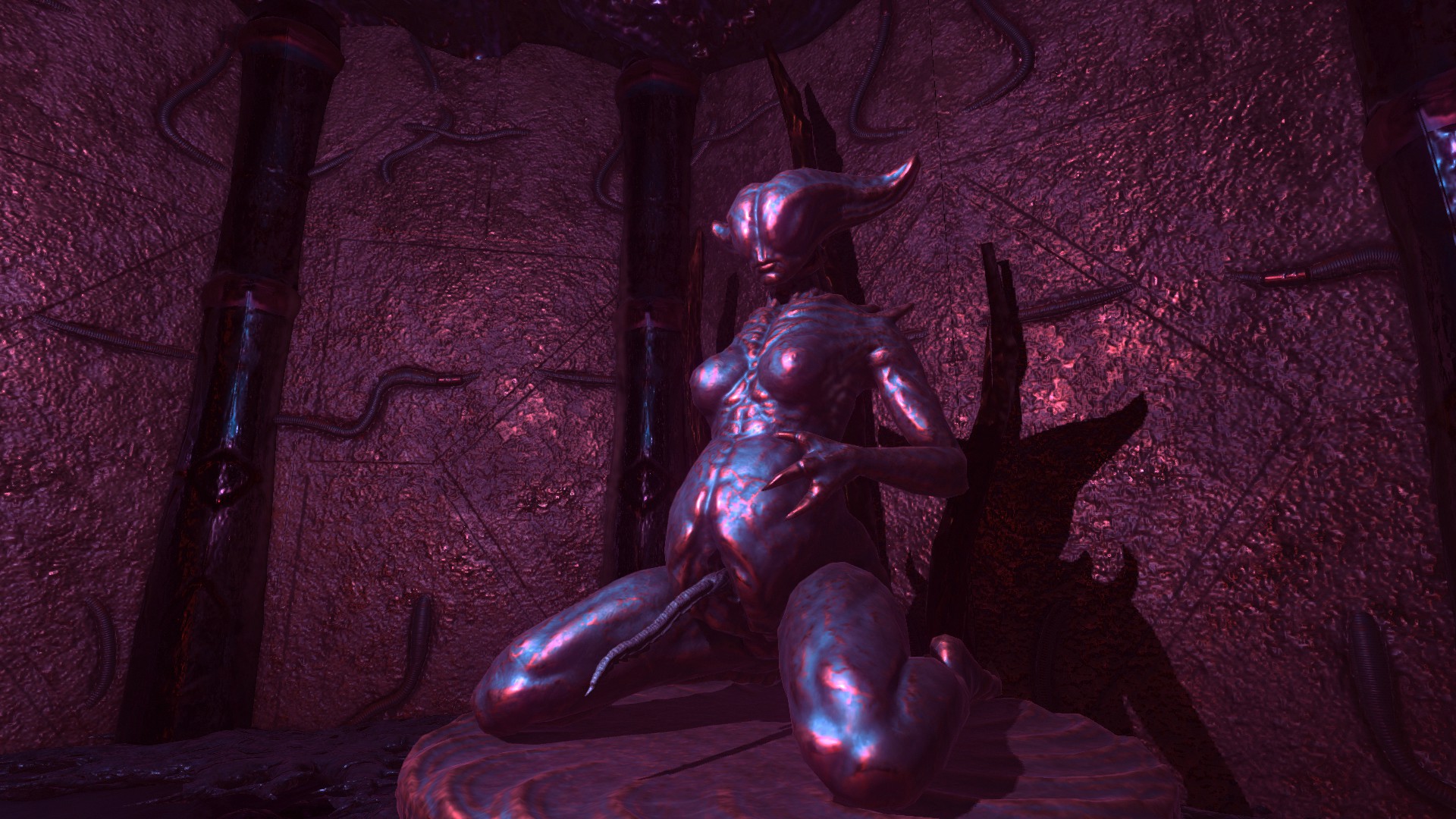 The only power that the hero has is to find some masks, including one revealing hidden paths in the other dimension. Don’t wear it for too long, or the character is driven to insanity. There are a few moments with a monster to escape from, but these sequences are very short and running is enough, so it’s much more tolerable than the lengthy and tedious stealth sequences in the game Agony. Instead, there are light puzzles to solve or items to manipulate. 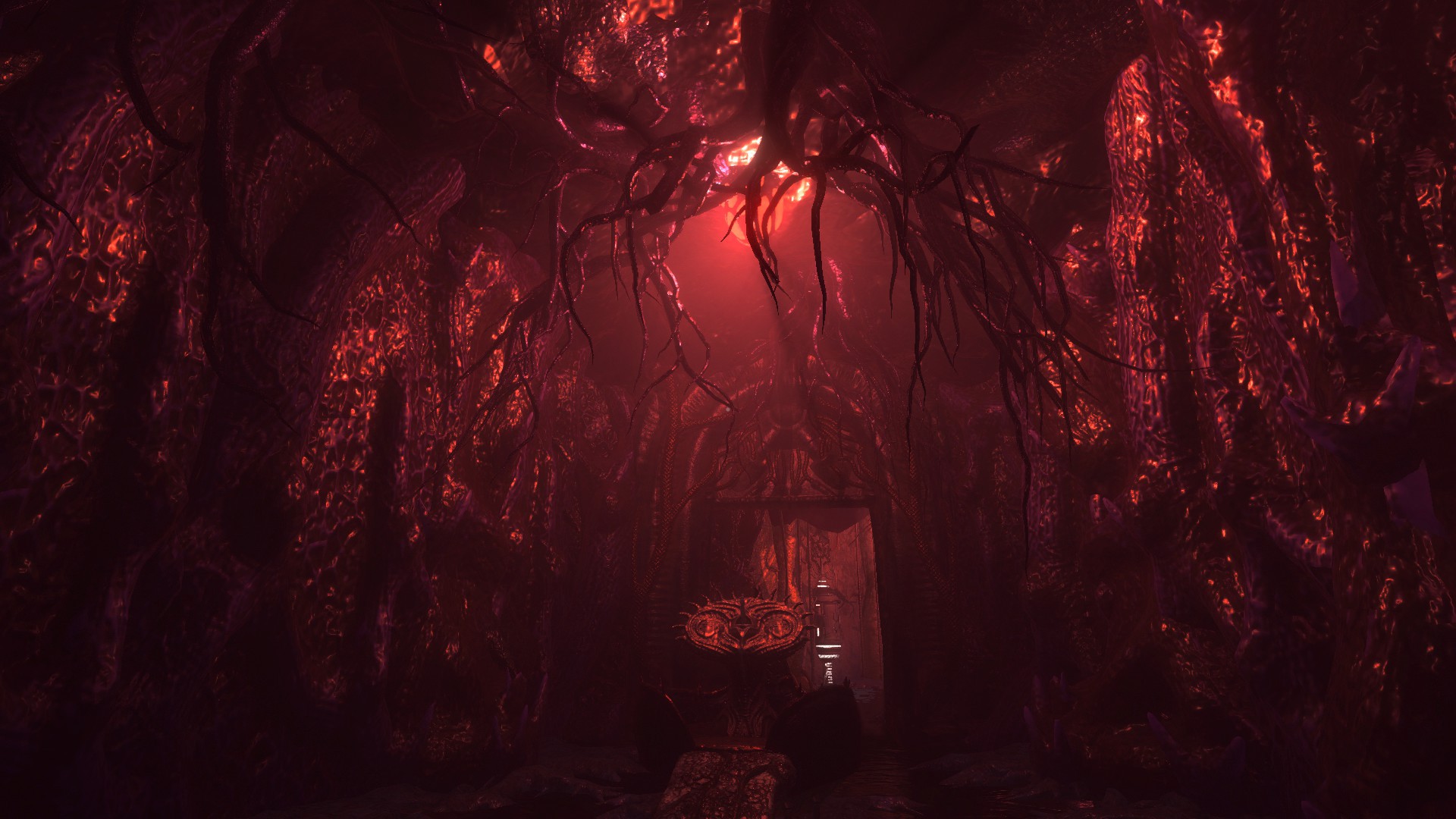 Lust for Darkness walks a fine line between superficiality and rough edges, but it never hindered me in a major way so I ended up getting caught up in its flow for the time of an evening, as the adventure takes roughly three hours to complete. If we look past wooden animations and the lack of game mechanics, I didn’t regret my time spent with the game, especially considering my touristy exploration of that other dimension with alien backgrounds in the vein of H.R. Giger and nice lighting effects. Get it on sale if you are interested in a nice little Lovecraftian tale without many annoyances, and avoid it if you hate walking simulators.