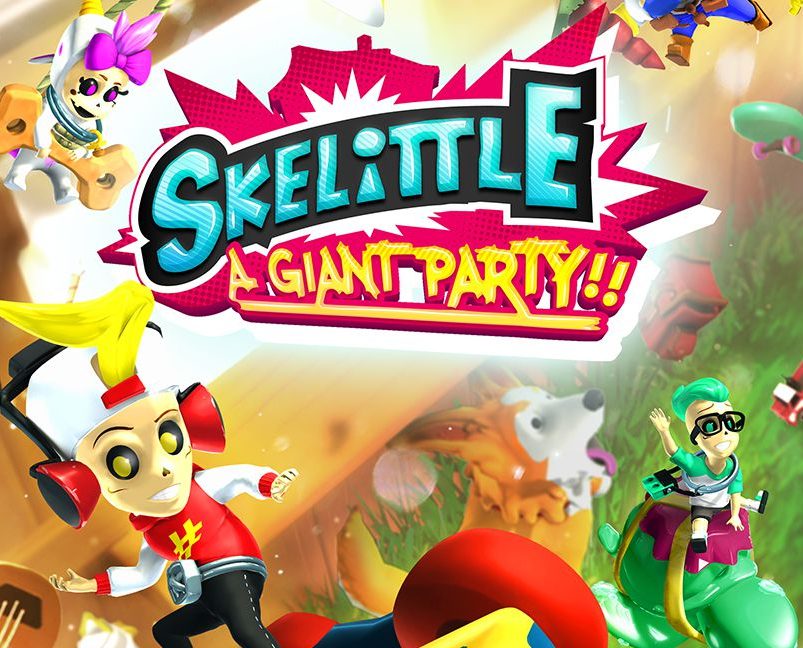 Punching above their weight

The Skelittle are small toys about to throwdown in our local multiplayer environment, a place vastly oversized for them. I guess that’s why they call it a giant party because to us humans it only felt like a tiny party. In recent times a lot of 4-Player titles centered around minigames were released, so the competition is tough and we will see whether this early access game managed to convince us.

The first steps in the game were already not very promising as we were confused whether a battle had started and what we were supposed to do. It turns out that the main menu is also a sandbox mode, but since we had not unlocked anything yet, there wasn’t anything to toy around with, just an empty square of land. Even later, once we had unlocked a ball, it still felt pointless and a waste of everyone’s time (ours for wandering around aimlessly, the developers for creating all of this). Let’s not loiter any more and jump right into the minigames. 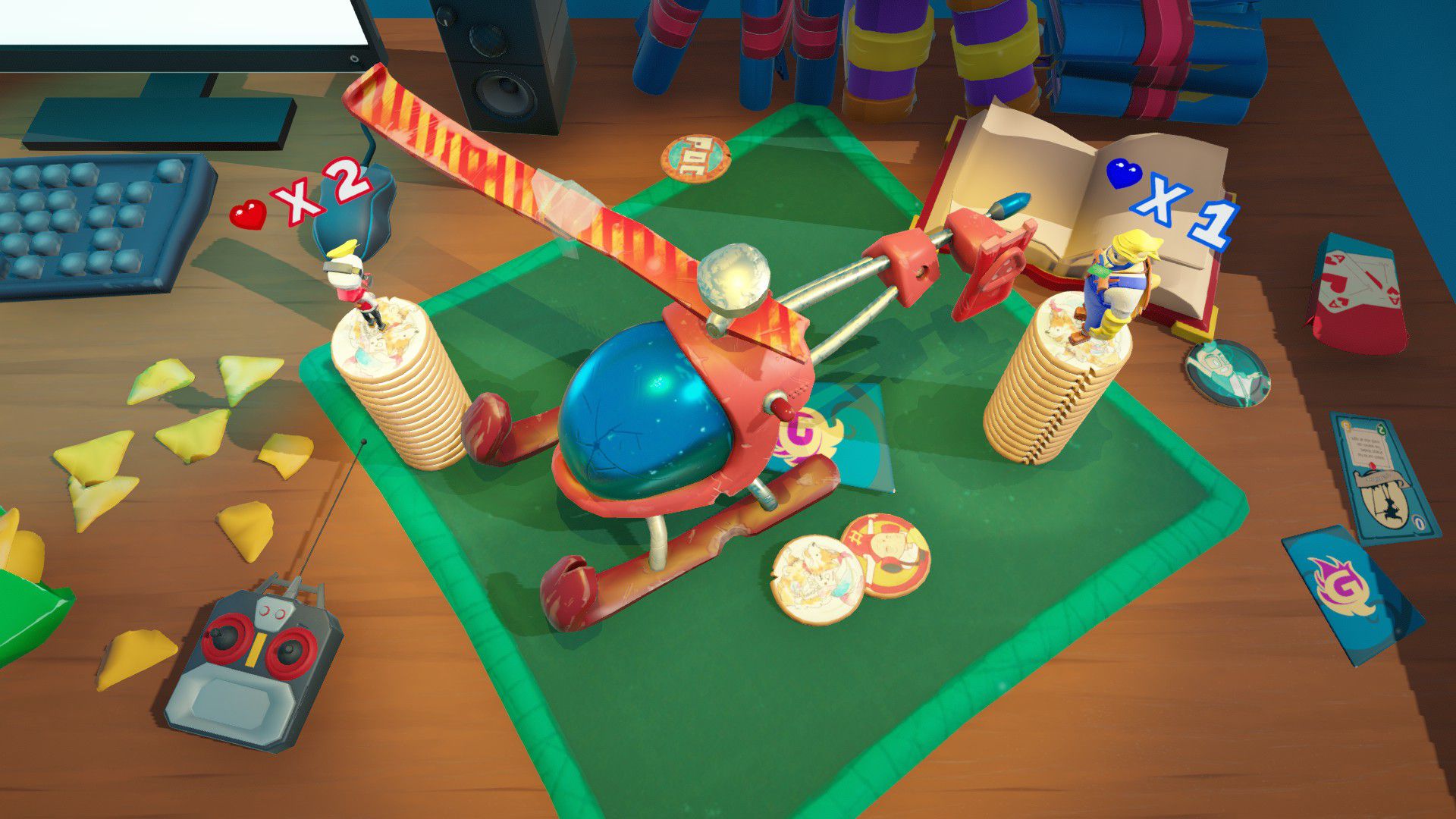 I don’t like the main characters’ design, but the backgrounds were always cute and colorful. Unlike in other games, there is a system of numbered lives rather than instant death, so even the less skilled players can stay in the game a bit longer than usual. Conversely, some levels are based on a timer and it can feel way too long. There are many pacing issues in Skelittle, it often feels a little too slow and ends up being boring. This is loudly emphasized by the lack of sound effects and animations, which can make a victory fall flat as everyone waits for the game to move on in an awkward silence. This overall lack of dynamism and impact made my group of friends soon ask me to drop this game and launch another one; I later forced someone to tag along just so that I could record the video with this article, take screenshots and see the minigames that we had initially missed. 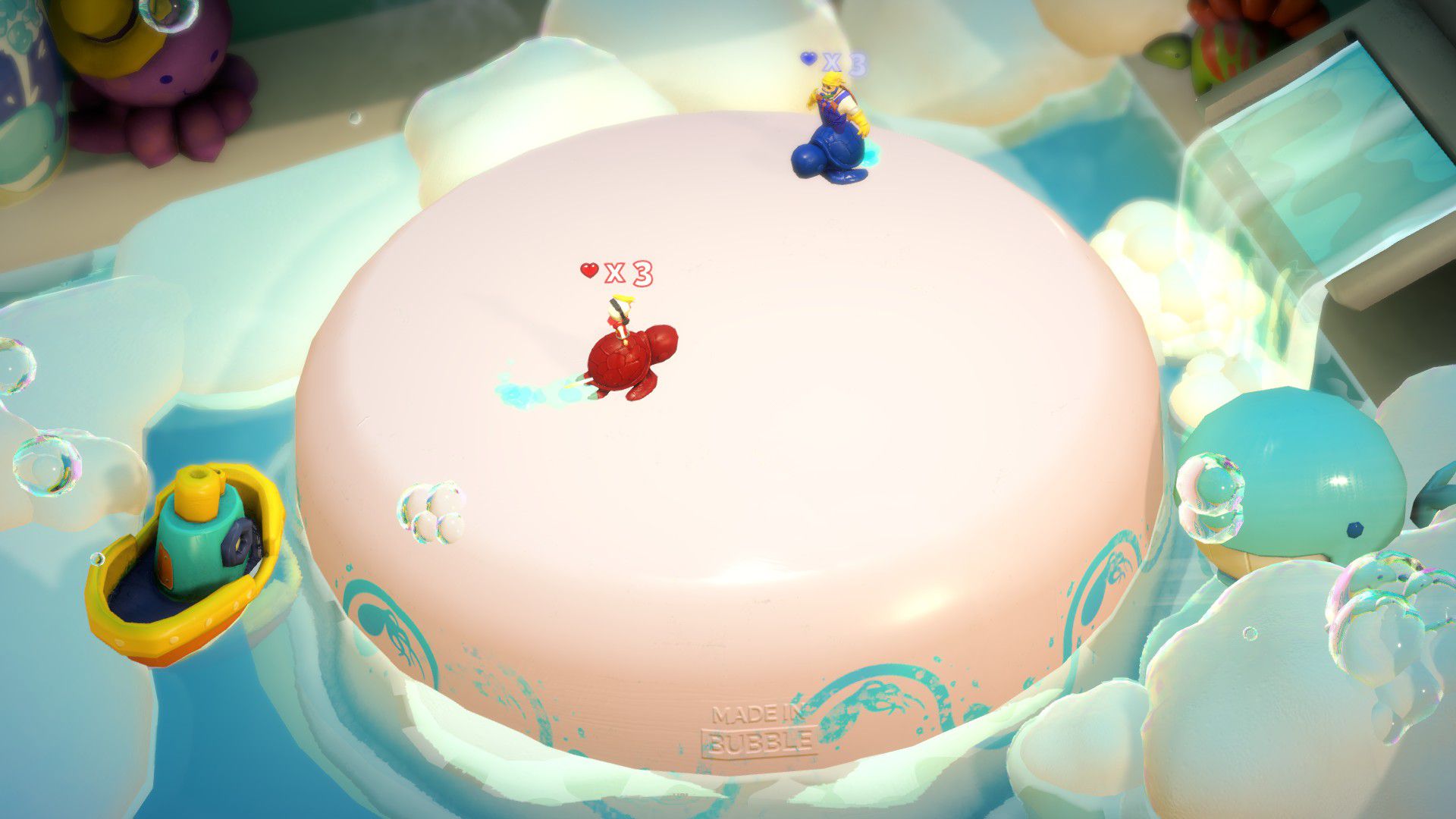 A good number of levels are arenas in which the goal is to survive environmental hazards while the players push each other, and I must say that these were overall quite pleasant. I particularly enjoyed the one with turtles sliding on top of a soap bar, it’s a variant on a classic but still very cute and instantly fun. Besides these arenas, I enjoyed a mini-game with a helicopter: contenders can either jump over the rotor or hit it in the opposite direction, effectively adding more tension and laughs in the process. The mini-game about stealing a dog’s treats was cruel but cute, and then there was one about shooting mosquitoes in a jar. Except that like many others it went on for too long, it was fun… until the leading player just shut down the other one by chasing mosquitoes away from the jars non-stop. 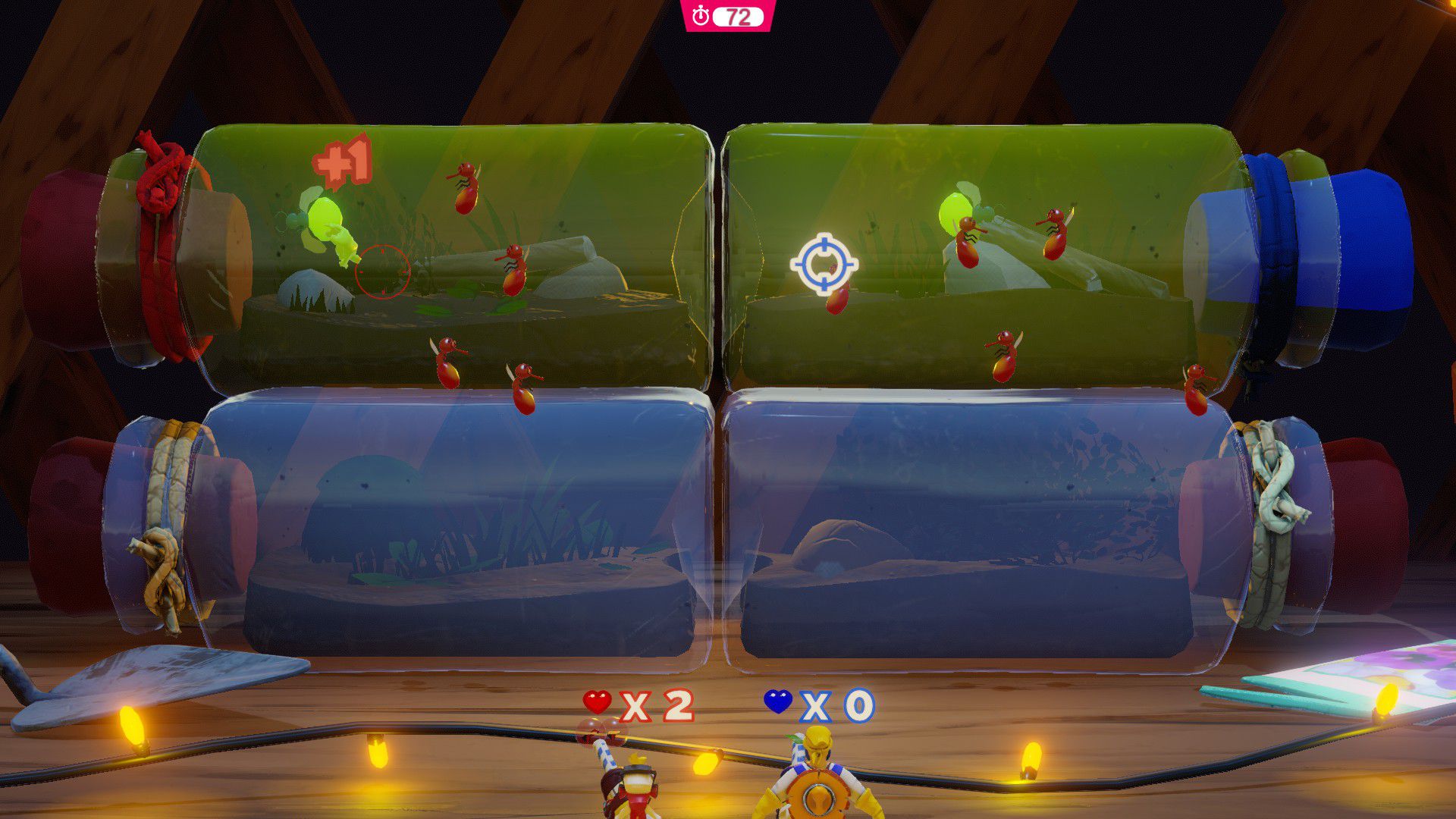 Sabotaging other players is encouraged

While the instance with the mosquitoes was a bit too much, overall, I would say that Skelittle does something better than many other indie party games on many occasions. Here players can interact and hinder each other; this goes against other titles that have mini-games in which it’s better to score alone rather than to stop other players. For example, in Skelittle there is a scoring mini-game that consists of gathering seeds, but sabotaging someone does not take too long, is efficient and can cause scoring items to land inside other player’s pads: there is some good incentive to mess with someone else. 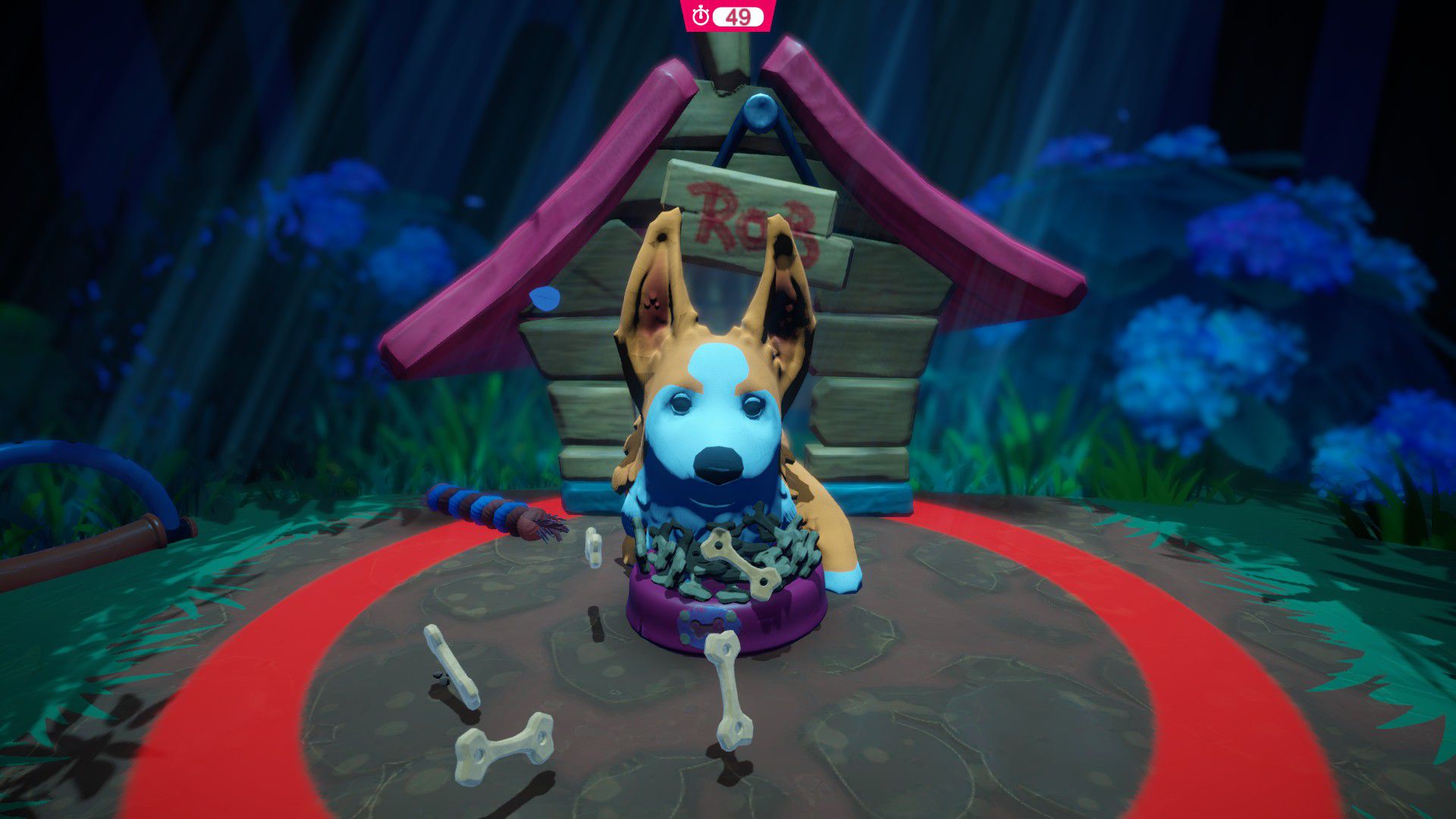 Finally, some other games were not very fun. The race on the river is slow and with poor water effects. The jousting knights is weirdly calibrated (it was surprisingly harder to register button mashing on a controller than on a keyboard, while the QTE prompts were confusing for the keyboard player). There isn’t an options menu to change key bindings, but I took note of a smart addition: a tutorial in the pause menu, to remind players how each mini-game plays. I will also point out that there are no bots, and it’s not possible to do anything at all if you are alone. 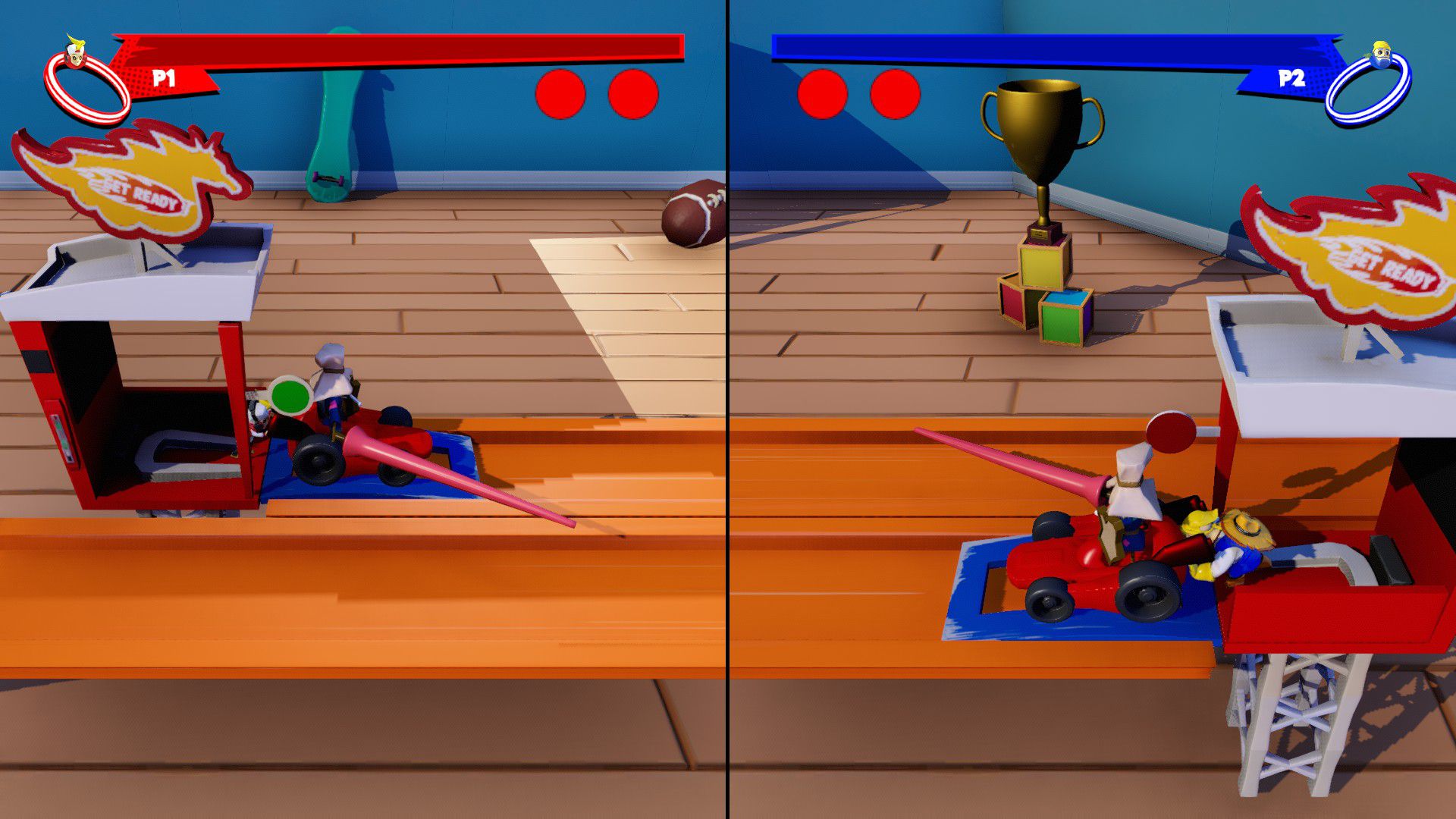 Skelittle: A Giant Party! has a good number of promising mini-games, but we find ourselves hoping that the time in early access will be put to good use to improve the pacing and add effects to make the experience feel more dynamic. As it currently stands, it doesn’t hold a candle to Pummel Party, the current party game darling.