The life of a wizard is harsh, as your friends can attempt to poison your cauldron in between games of tag.

Wizards Tourney is a local multi-player game pitting up to 4 players (or bots) against each other. It features six types of arenas that each plays differently, they can be launched independently or within a tournament to track scores.

The graphics look smooth and pretty, a low-poly with flat shaders art style that features adorable magicians from several cultures. The colorful places are delightful to interact with as gentle music plays.

Besides the movements, only one action button is required as our avatars automatically pick up any items littering the ground. The interface is globally very accessible and ergonomic. 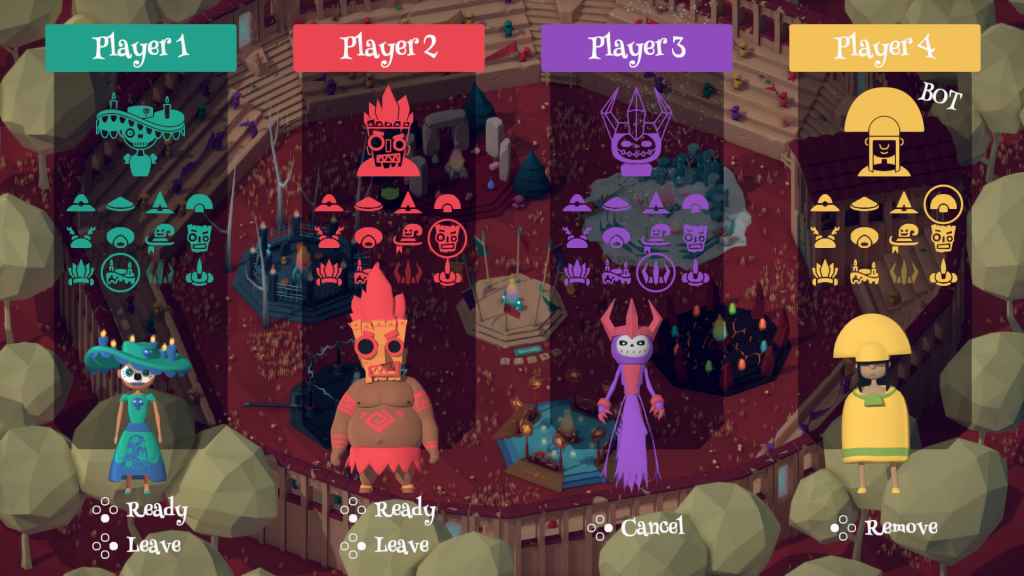 Our first arena tasked players to gather color-coded potions to their own cauldron, with the possibility of messing with other people’s cauldrons. The missing ingredient was fun, for several reasons. Focusing on gathering for one’s own cauldron was rewarding more points than wasting time hindering other players, which meant that not interacting was the better play, which was not fun. However, the AI was really challenging, especially considering that the starting positions were always the same, meaning that being near the AI or a belligerent player each and every time was a death sentence while one of us was always quietly winning from their safe corner. We quickly deactivated the AI and preferred our 3 player matches. 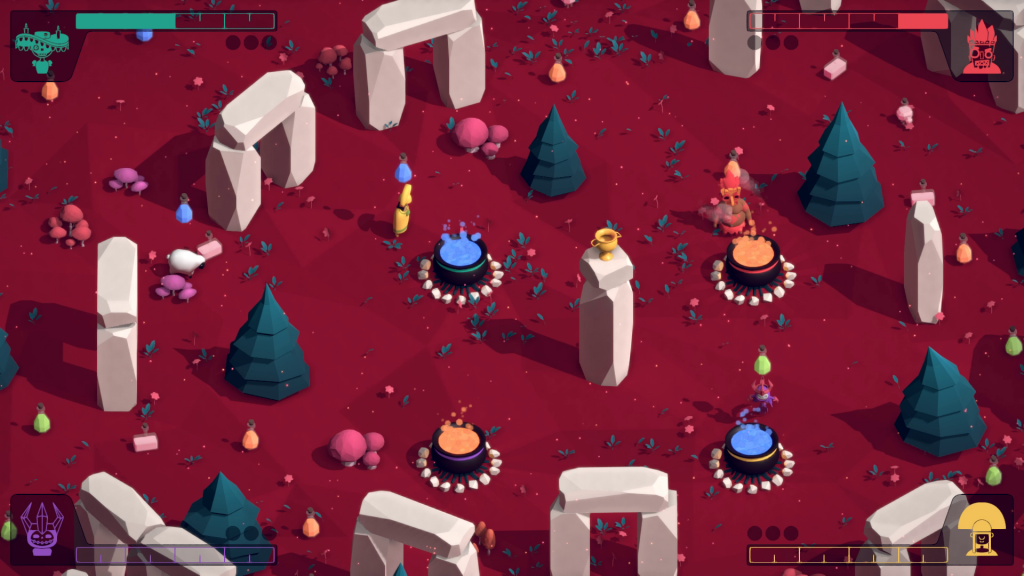 The 4-way soccer arena was also dreadful as our ball bugged out of the picture and we were stuck there with nothing to do. If it wasn’t for that, it would have been decent and better than the mini-game about gathering orbs of light, even less interesting than the potions lesson. 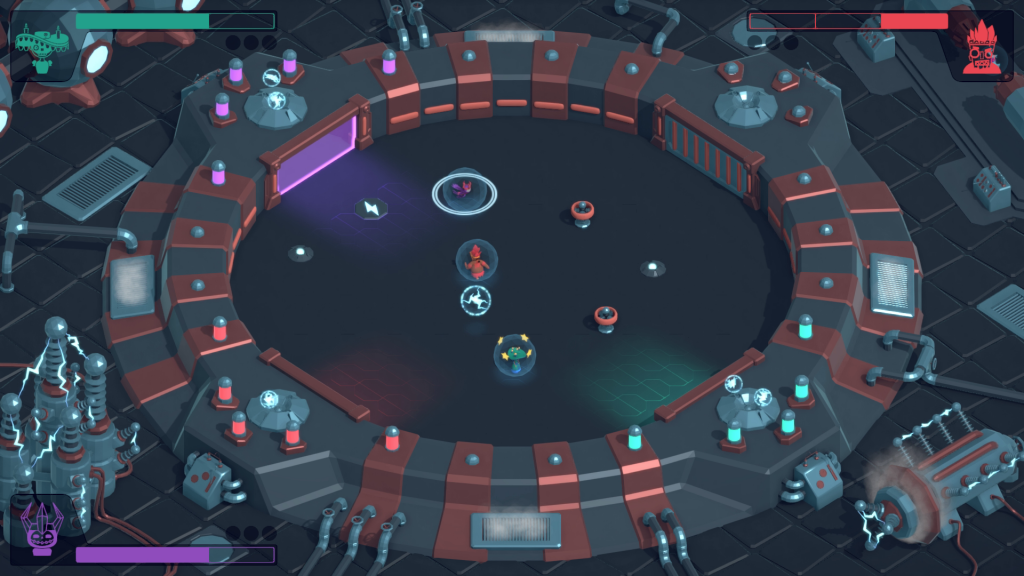 Then came an arena tasking players to steal eggs from a dragon and bring them back to a basket, and while it looked great, we were too scared by the flames to really interact with each other. 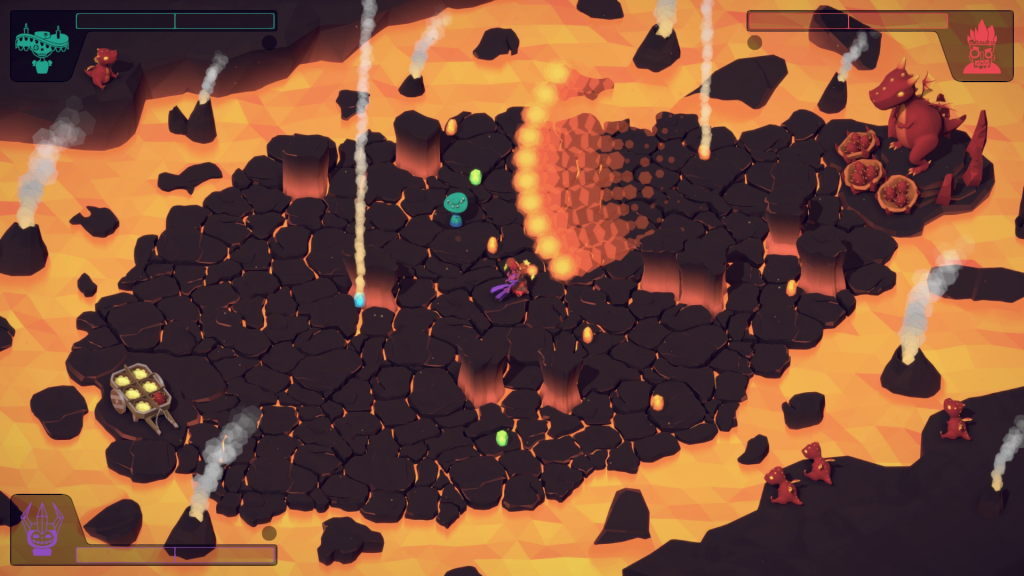 As in Mario Party, there was an arena on ice where players had to push each other past the center and into the freezing sea. This one was a lot of fun as we were juggling the movements, random pick-ups and there were crazy penguins dangerously sliding all over the place. 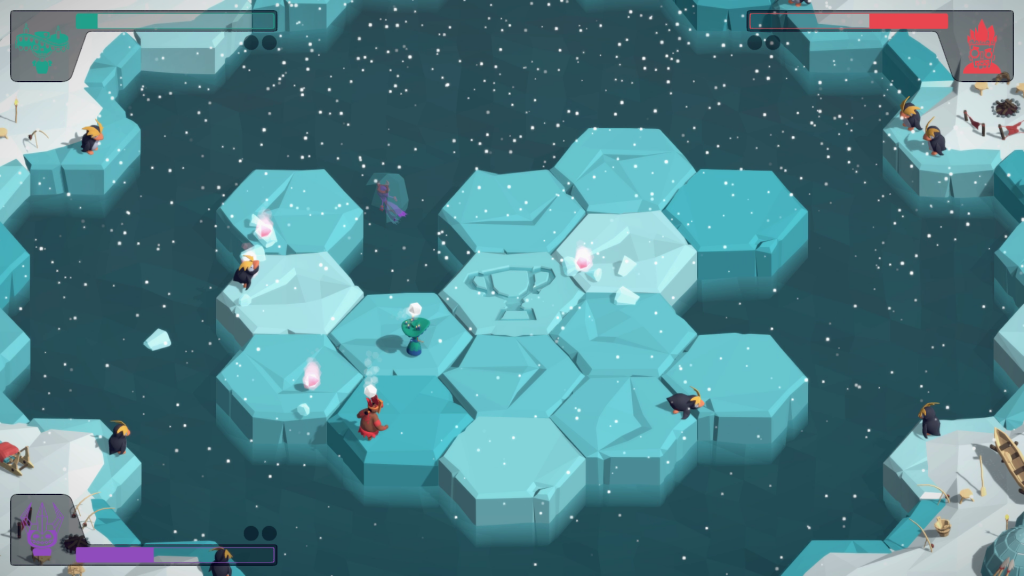 Finally, the last arena was a game of tag in which one player had to grab and keep a pumpkin until it rotted to score points, then immediately passed it to make someone else lose points. This felt very dynamic as the hunted suddenly became the hunter, and since there were also lots of power-ups such as mines and homing projectiles, we had a blast playing here and this is why I kept it for last. This is the sort of mini-game that can be singled-out to focus your time on, while sometimes alternating with the ice level for a change of pace. 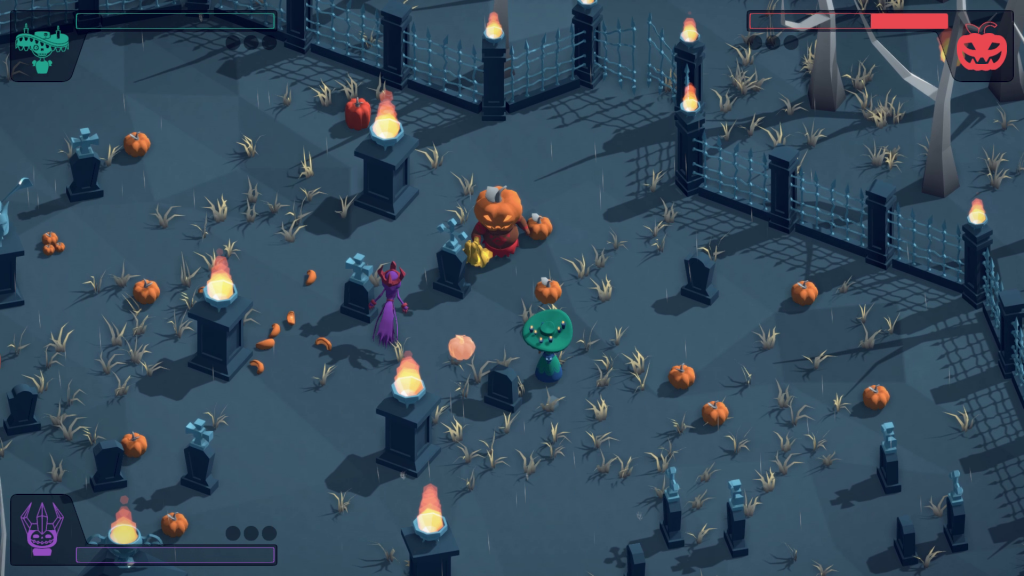 Wizards Tourney is an adorable game to launch during a party with friends, and while we only enjoyed two out of the six arenas (your mileage may vary according to taste), those two mini-games are great enough to warrant a purchase if you see the game on sale. Thumbs up for the pumpkin chase as Halloween is drawing near!