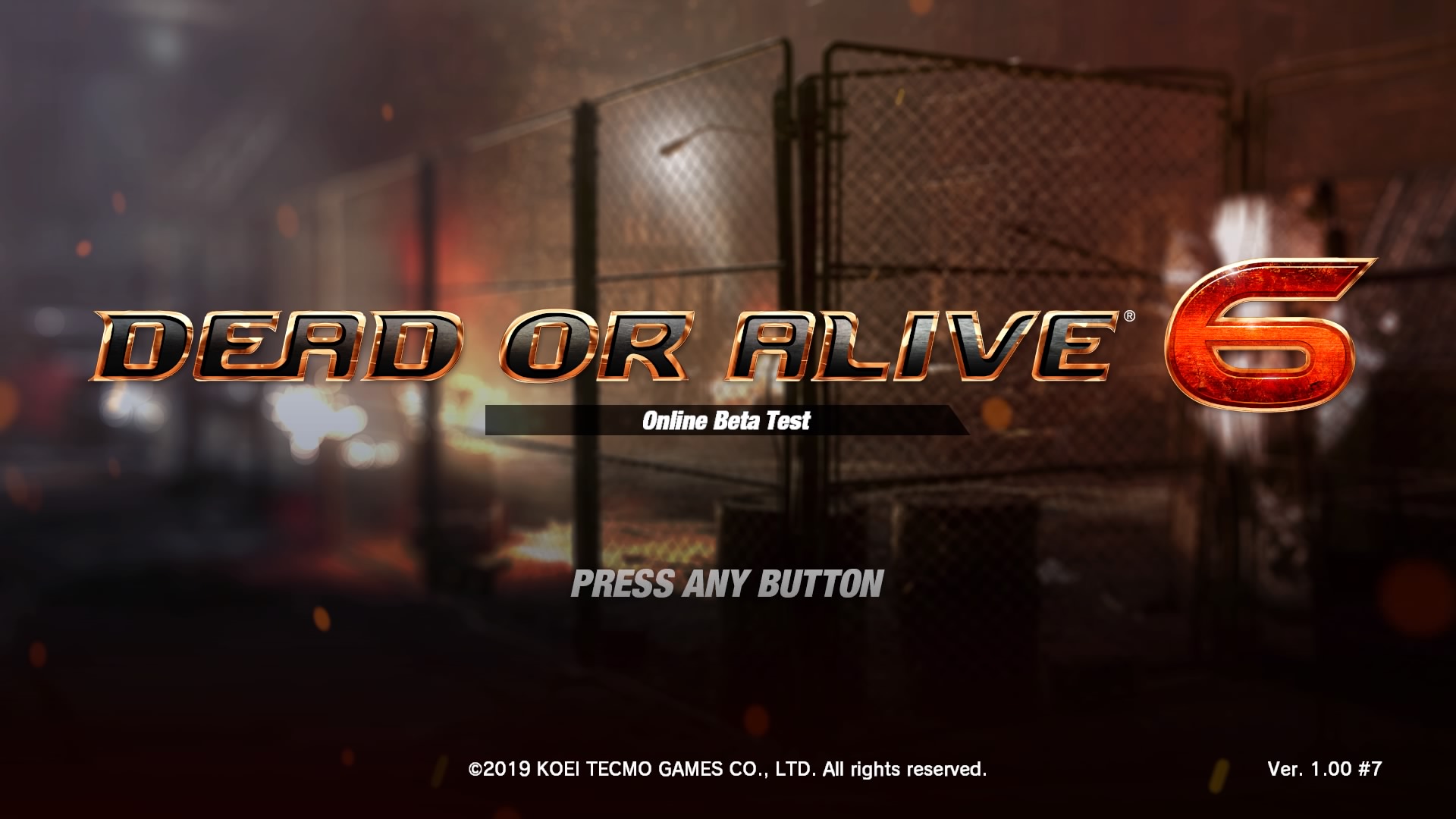 The PS4 exclusive 3-day online beta trial has ended. Is it just the pervy reputation everybody thinks or is it more than that?

A small taste of what’s to come

The demo comes with 5 characters 4 of them are the mainstay Ninja’s that were also in DoA5 Core Fighters Edition. The only exception is newcomer Diego. This beta is limited to a single stage, Ranked Matches and a short Tutorial.

For a quick explanation of the basic gameplay details here are the links to the 3 part tutorial video made by Team Ninja:

Fighters we have put together 3 short tutorials explaining DEAD OR ALIVE's Triangle system. If you are new to the franchise, this tutorial will help you understand how the foundation of the system works and get you ready for the many battles ahead. Here is the 1st tutorial (1/3). pic.twitter.com/PsrWFZnsDR

Fighters here is the second tutorial explaining DEAD OR ALIVE's Triangle system. If you are new to the franchise, this tutorial will help you understand how the foundation of the system works and hopefully get you ready for the many battles ahead (2/3) pic.twitter.com/B5ADkICfyV

Fighters here is the third tutorial explaining DEAD OR ALIVE's Triangle system. If you are new to the franchise, this tutorial will help you understand how the foundation of the system works and hopefully get you ready for the many battles ahead (3/3). #DOA6 pic.twitter.com/4mqZBrDS44

With that out of the way, let’s look at the beta itself and give you a short overview. When I started up the game, it greeted me with a tutorial prompt, something that I recommend everybody to take when it comes to the full game too. It introduced the basics(less than stellar btw.) and most importantly the new mechanics. So what does this new iteration deliver? Here are the goods: 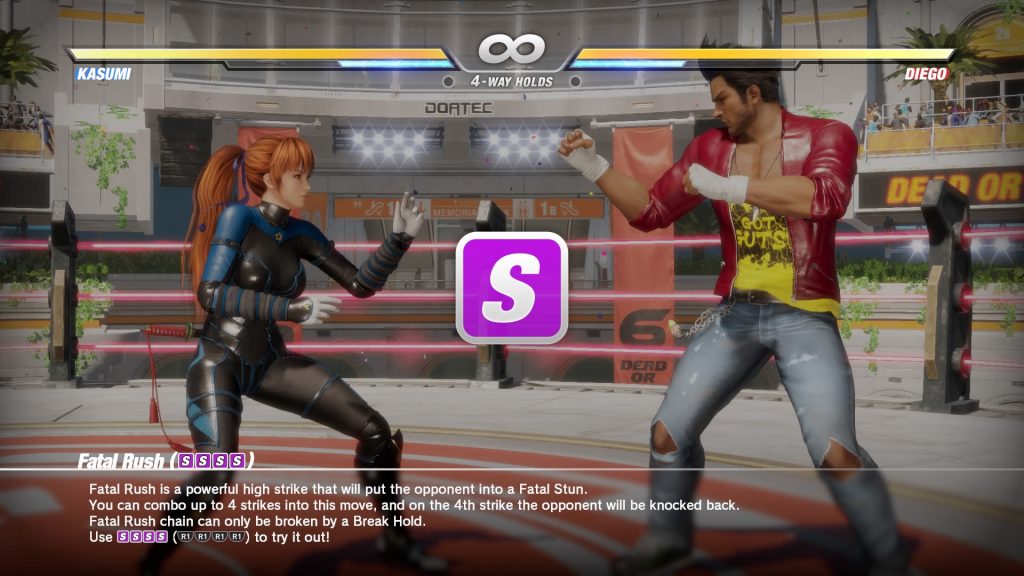 The Fatal Rush is completely an Attack Button and can attack up to 4 times. On hit, you can only counteract with a Break Hold. This new state is Fatal Stun. If your opponent does not have at least one gauge, it becomes a guaranteed combo and thus damage. When your gauge is full, your final attack turns into a Break Blow. You can prevent this by holding back at the last hit. What is Break Hold and Break Blow? Look no further. 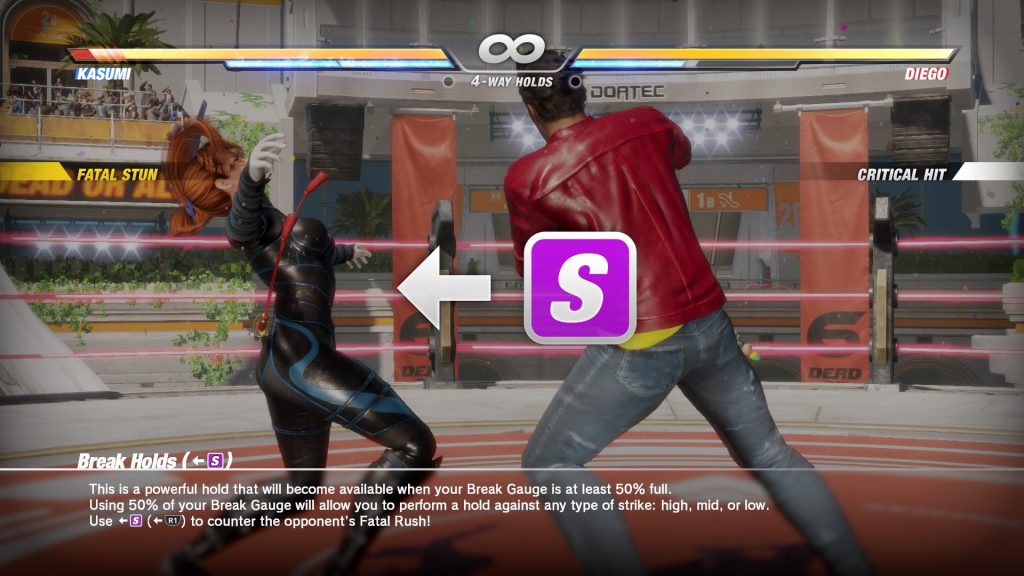 The hold system requires you to decide on four options. This gives you a chance to break out of a Combo at a risk because you have to extrapolate your opponent’s next move. The Break Hold is a 4-in-1 Hold that counters all strikes. This makes it a very good escape option. Though it’s strong, it is not impervious to throws or a simple change in timing.

This hard hitting attack parries mid and high attacks, breaks block, restands, and converts into a cinematic attack that takes about 30% life. A very good option but cannot be thrown out thoughtlessly. It blows through mid and high but is still prone to throws or lows. You can also use it to extend combos by canceling the cinematic part and utilize the restanding. 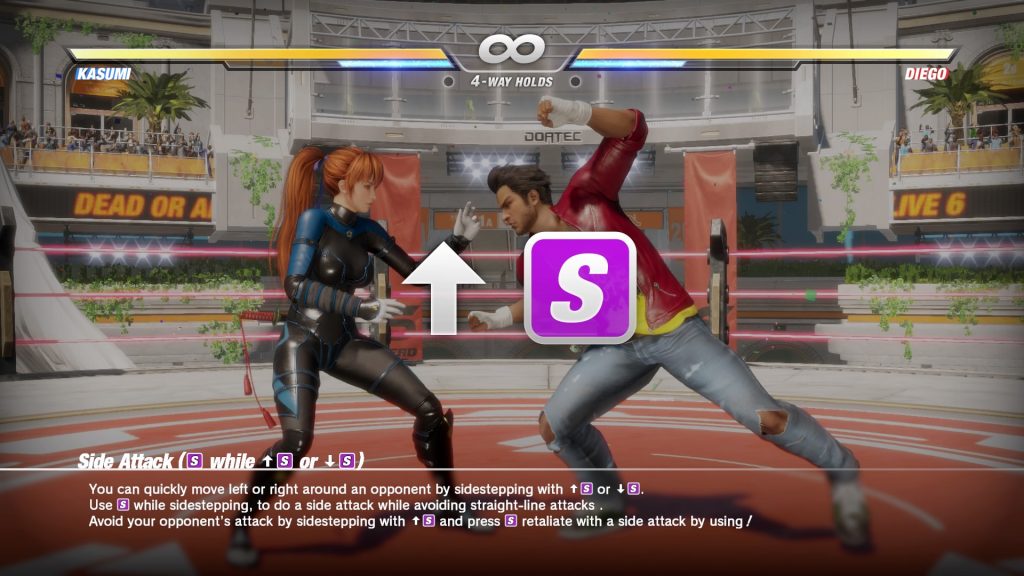 This is a new attempt to make defensive sidestepping universally easier to use by making it an active input. A successful hit will blow your opponent away to create some space and return to neutral. Side Stepping is quite powerful but also very punishable on block. Meaning you’re open to your opponents next attack. There’s also another detail straight from the DoA Twitter:

Side Steps & Side Attacks can be stopped by tracking strikes. However, you can trigger a special Fatal Stun when hitting your opponent with the first hit of Fatal Rush during a Side Step. This Fatal Stun will turn them around, allowing you to strike them however you’d like. #DOA6 pic.twitter.com/uHtbAq74lK

This is the gist of it. There are surely more subtle changes but let’s not bore you with too many details.

Despite the new additions, it still feels like Dead or Alive. The newly added mechanics add some interesting twists to the classic formula. By introducing Break Hold it’s now easier to escape combos at a cost. Though it’s a strong defensive tool it does not do much damage and returns both characters to a more neutral position with a side switch. The Break Blow can be a little bit more controversial due to its strong attributes and pay off. These are just initial impressions most Fighting Games meta change throughout their lifecycle. Stuns, Critical Stuns, The Triangle System everything is still there. Anybody who worries about a complete change doesn’t need to worry too much.

Netplay: Improved over DoA5 with a nifty addition 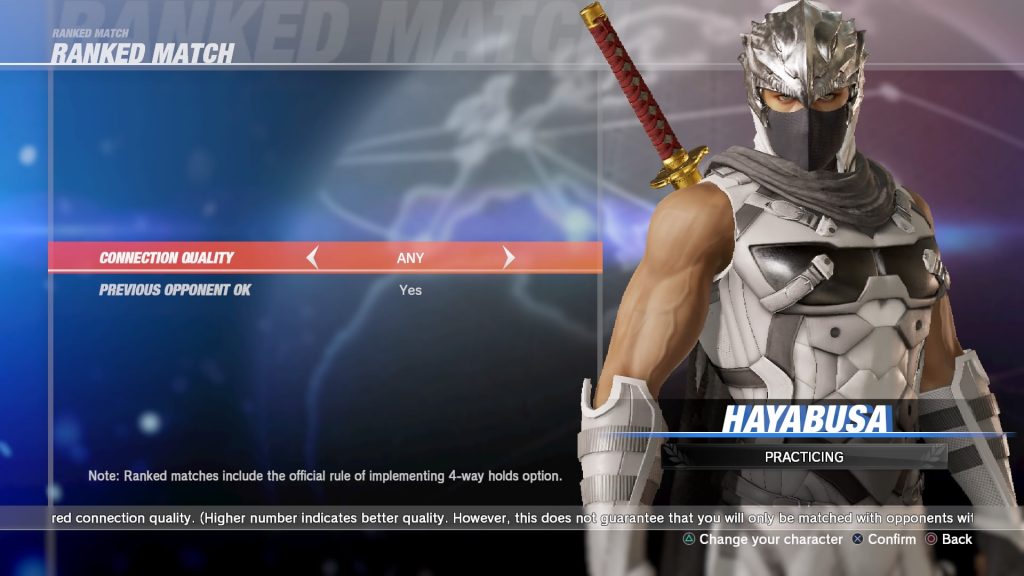 The beta was limited to Ranked Play. There are a few nice QoL decisions they made. When finding opponents you can filter using connection quality. When you find an opponent, it shows the connection quality. It’s important to note that the initial assessment is mostly wrong and you have to wait a few seconds to get the correct one.

There is one feature I see mentioned in particular. Dead or Alive 6 is the second Fighting Game ever that supposedly can differentiate between Wifi and Wired players, though I haven’t managed to notice it.

Enough about the features. How’s the Netcode? People agree that it’s better than its predecessor is. In my experience, anything under 4 (out of 5) should not even be attempted. Even then, there can be spikes or delay muddling your reactions to what is happening on the screen. In general, it wasn’t too bad.

There is not much to say due to the limited amount of content of a single stage and 5 characters. The stage looks lively and very colorful; the spectator’s animation is good enough to fit in well. The characters come with nice details with some extras such as dirt, sweat, and damage as the fight goes on. Accessories like glasses actually are blown away with Break Blows and you can even see it in slow motion and up close with specific ones like Diego because he punches the opponent in the face.

So far so good. The beta didn’t offer a whole lot of content but for what it ’s worth, I like what I have played.
From all the different Fighting Games I always considered Dead or Alive one of the easiest to pick up and play, especially using the 3-way Hold option for casual play and it looks like it still is. Fighting Game fans should keep an eye out on it.
If there is one thing I have to dislike, it’s that there are two DLC characters. One tied to Pre-Order and the other to the Deluxe Edition. Characters are an integral part of Fighting Games and this makes it feel like an incomplete game from the get-go unless you Pre-Order the Deluxe Edition. Team Ninja has put out Surveys for everybody to give some feedback. As they are known to take peoples, feedback into consideration there is a good chance it’s only going up from here.