Lucid Dream is a generally strong point & click adventure game with an outstanding soundtrack and excellent art style. A well written core story and style reminiscent of Fran Bow drives the game forward, though the overall experience is muddied somewhat by a clump of tedious puzzles clustered midgame.

Lucid Dream more than stands on its own, but fans of the point & click adventure game genre will be pleased to learn that the game borrows heavily from the formula that drove Fran Bow to success a few years ago. I’ve seen nothing to confirm that the developers designed the game around that framework, but the similarities are obvious and far-reaching. The game opens with a young girl who is vaguely unwell asking her on-again, off-again animal companion where it’s been. Though the animal companion will quickly become a faint memory in this game, the rest of the plot stays true to the Fran Bow formula. You’re in for a wild ride switching between worlds grounded in reality and those grounded in imagination, all told through the eyes of a conspicuously-unreliable narrator. 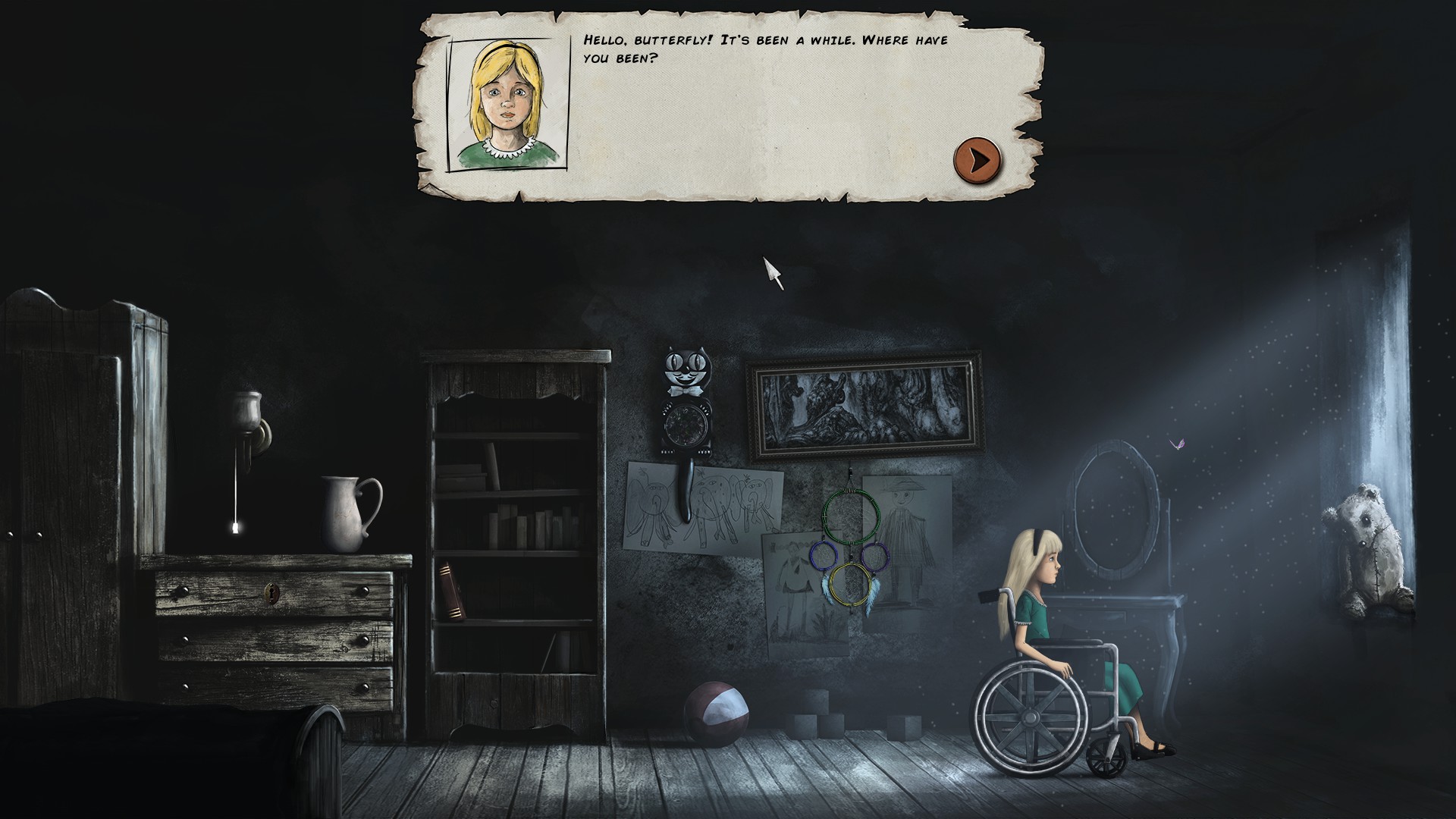 The second thing that players will notice is that the soundtrack is outstanding. Again, taking a page from the Fran Bow playbook, the soundtrack is largely built of small, rapidly-looping melodies. Lucid Dream pulls this off with unusual skill, and the soundtrack occasionally outshines the game itself. For instant unsettling atmosphere, let the game linger on the title screen for a few minutes. Though the melody is seemingly a mere 21 notes, it locks in a mood and manages to be catchy without ever becoming irritating. This musical skill will continue throughout the rest of the game, often managing to steal a bit of focus from the game itself. 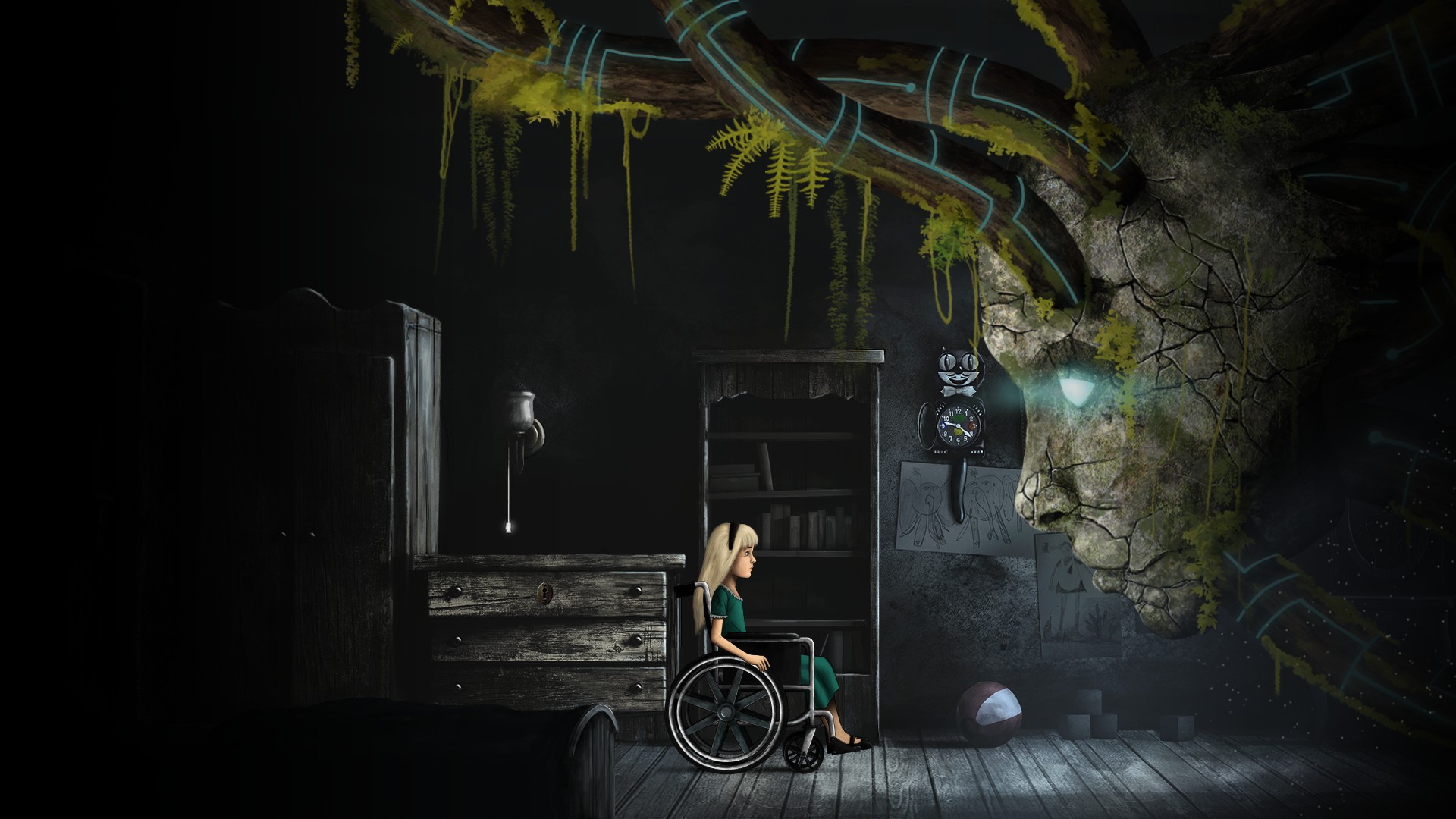 Following closely behind the game’s music, the visuals are also top-tier and memorable. A clear sense of design is obvious in area layouts, and the color scheme and style is similarly done with obvious artistic strength. In fact, the game features several obvious callouts to major landmarks in the field of art history, and these tend to be done surprisingly well, sending subtle thematic points without stealing focus or becoming distracting. 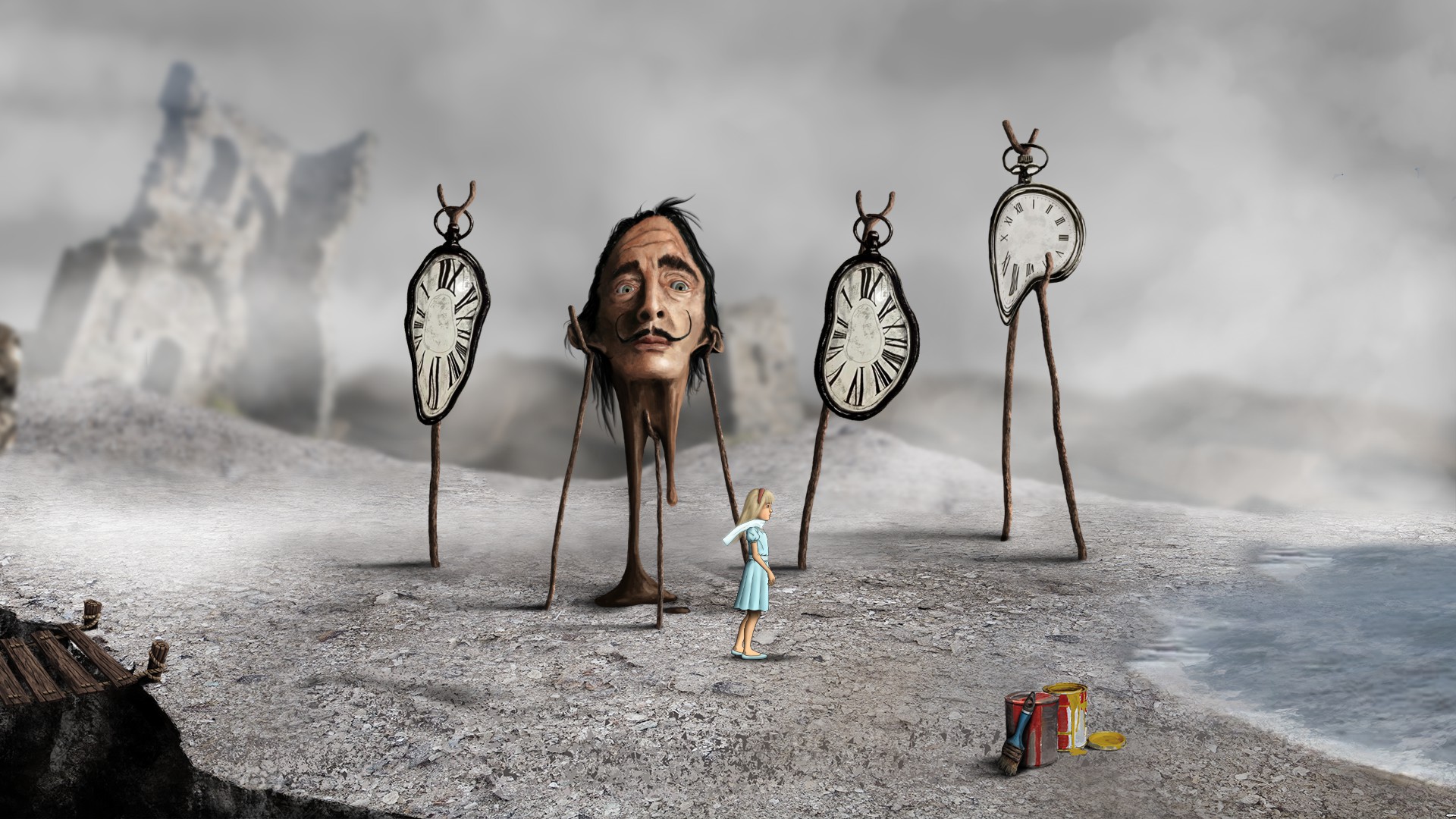 But aside from atmospherics, the main reason to play point & click games is in pursuit of the story. Lucid Dream doesn’t disappoint here either, with a quick hook into the mystery of what’s really going on, genuine interest in what only appears to be going on, and a solid buildup towards the resolution of both. Early puzzles, in particular, serve to emphasize these points, integrating well into the story in a semi-logical way, as befits a semi-logical protagonist. 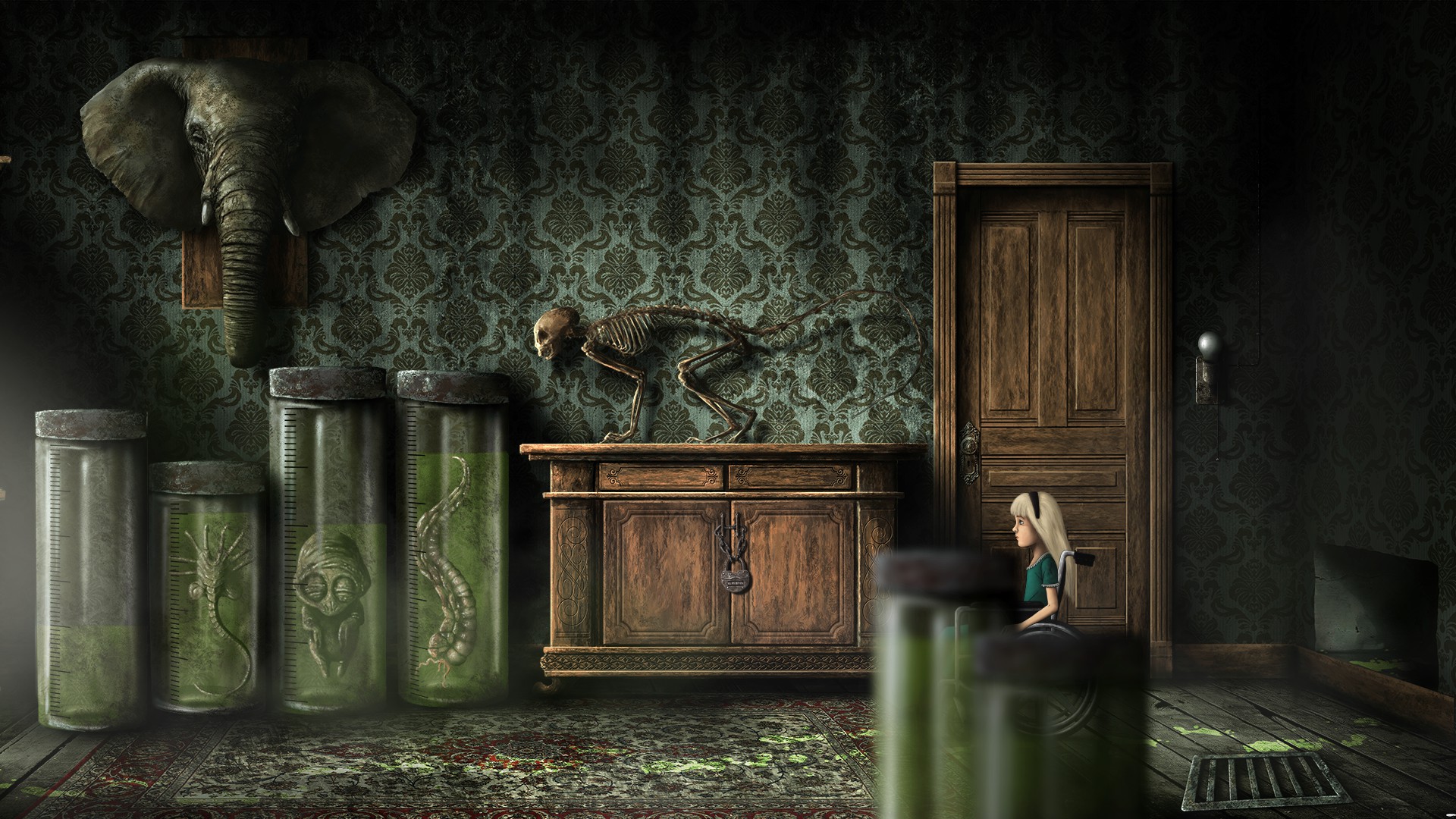 Unfortunately, the strength and relevance of the early puzzles falls apart near the midpoint, creating the game’s clearest flaw. All clumped together is a set of long, seemingly-mindless puzzles that are neither logical nor story-relevant. You are tasked with climbing up a tall tree, which leads to the common situation of calling it time to “exit the game and ask for help” because the puzzle is difficult mainly because of the poor graphical execution, nonsensical architecture that’s never shown because it wouldn’t work, and the momentary suspension of your ability to infer “if your character appears to be heading up, she presumably is.” After making it past that, you’re quickly presented with a floor tile puzzle that — as best I can tell — sits in the foreground of a “hint” for some other puzzle. If you ignore the false hint, the puzzle is completely random but essentially straightforward. Make the mistake of trying to reason out the hint, however, and your progress may grind to a complete halt. Finally, and worst of all, the game tasks you with finding your way through a maze of switchable portals that again has all the trappings of being set to some sort of logic, but in the end proves to be completely arbitrary (as near as I ever managed to discern). Thankfully, once you clear that set of obstacles, the game switches back to puzzle design that fits with the story and feels relevant to what’s actually going on. 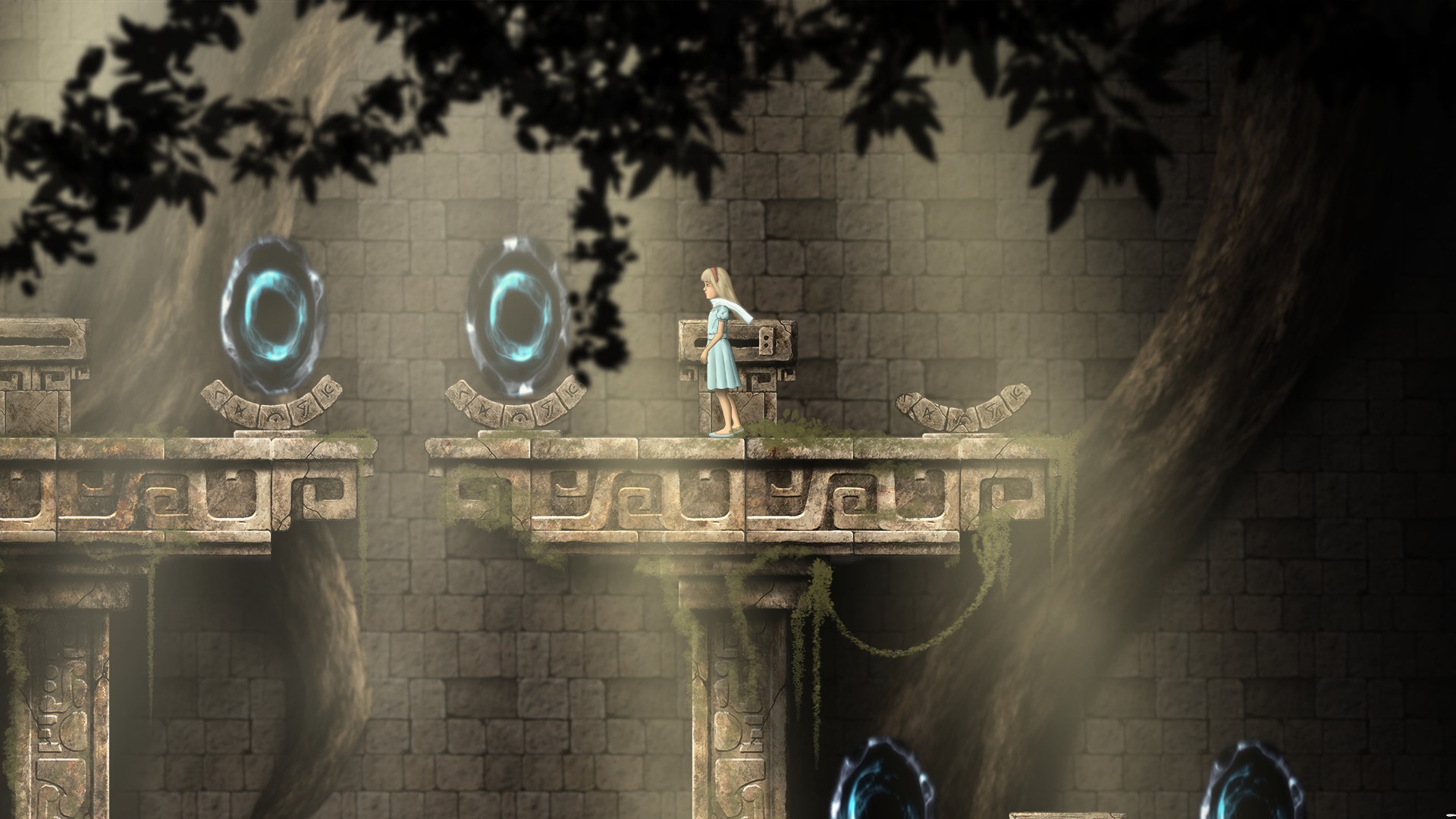 I would be remiss not to note a few technical details. At the time of this writing, the game is not without some lingering bugs. Starting a new game causes a sharp wave of error messages, and the game crashed my system entirely when playing for the first time. On subsequent attempts, I managed to click past the errors and start without too much hassle. But, obviously, whatever this is will hopefully be patched over in an update sooner rather than later. The game is also often noticeably laggy, even on high-end systems, though this is mainly limited to audio popping that can be ignored without being too distracting. Finally, the game seems to be at least partially incompatible with Steam’s screengrab mechanic. Attempting screenshots usually works, but it’s very slow, and somehow seems to just idly wait until you close any in-game overlay before activating, even if you were making a point to take a screenshot of the overlay itself. 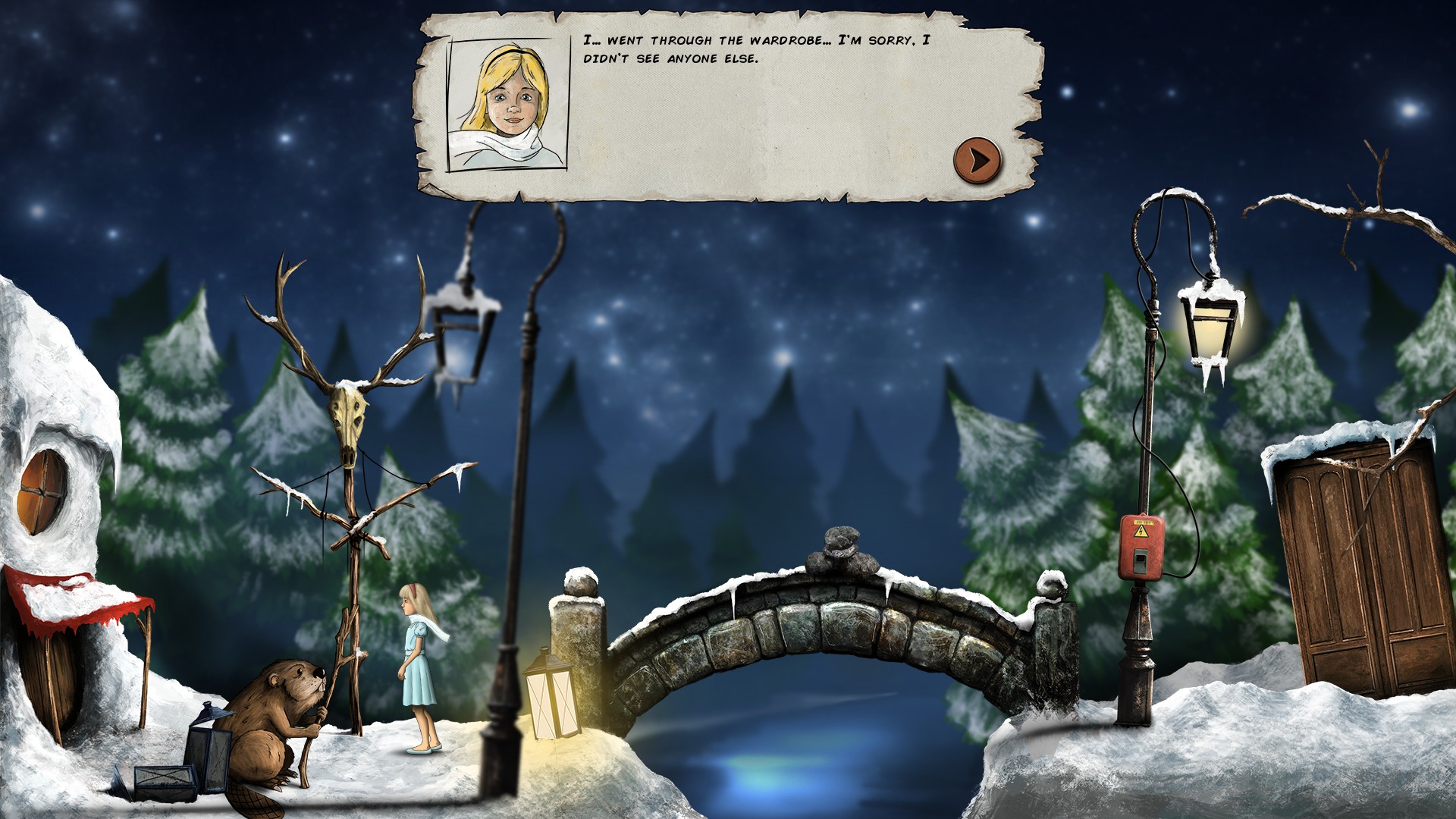 The ending is a bit vague for the story it tells, but in this aspect, Lucid Dream manages to decisively outshine Fran Bow. Whereas Fran Bow‘s borderline-nonsensical ending was the primary sour note of the whole experience, Lucid Dream’s ending coherently resolves both the real and imaginary plotlines while still being clear enough, all while still leaving room for interpretation. Satisfying overall, while leaving plenty to think about and discuss with fellow players.

Point & click fans should be quick to wishlist this one, because Lucid Dream has a lot of strong points going for it. The story is solid and well-executed. The art style is very strong and paired with a subtle soundtrack that often manages to outshine it. That said, there’s a lot to love here, despite a bizarre block of tedious, out of place “just try everything randomly” puzzles in the middle chapters and some bugs that can frustrate the experience.