Dungeons 3 is back and better than ever! Rally your evil army and finish off the job!

If you are not familiar with the Dungeon series, please refer to my review of the Lord of the Kings DLC, as it includes some info regarding the game itself.

Clash of Gods is the fourth DLC for Dungeons 3, and while I have to say that I hate the fact that DLCs have become common practice in the gaming industry, I do my best to not let that cloud my judgment whenever I check out some newly added content for some game. With that said, the last DLC piece that Dungeons 3 received, Lord of the Kings, didn’t really impress me that much, especially when compared to the original campaign. Nonetheless, when I saw that Clash of Gods would cost twice as much as the previous DLCs, I got my hopes up, hoping for something much more worthwhile this time around. 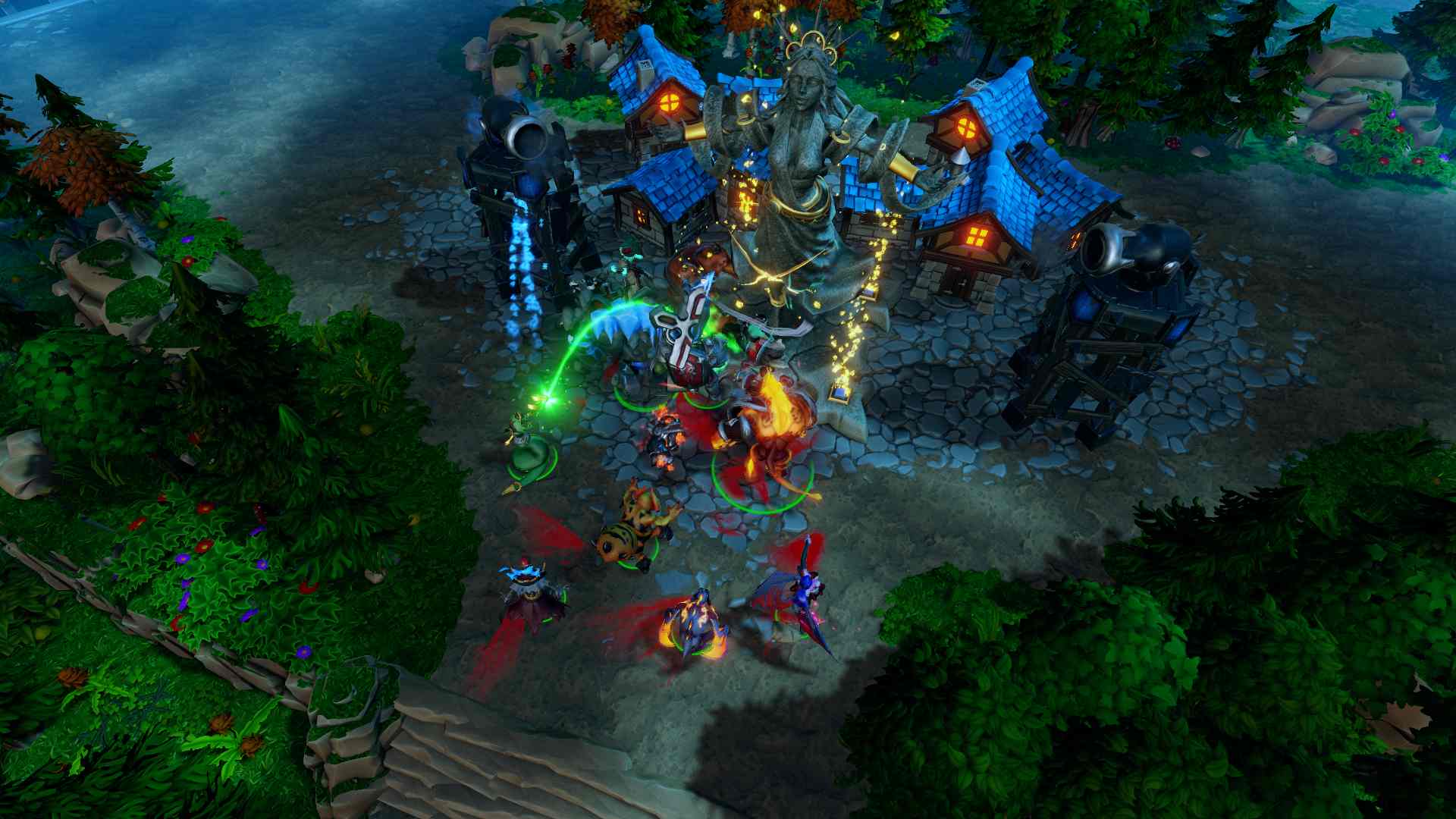 The Dungeons series have been the games that have really stuck with me whenever I hear or read about Realmforge Studios. The franchise didn’t really start on the right foot, but with Dungeons 3 the developers have really hit the mark. Unfortunately, despite the fact that there have already been three DLCs for Dungeons 3, they didn’t really bring enough content or managed to evoke the thrilling experience that the original campaign managed to (even if you take into account their low prices). Nonetheless, now, after beating the newest DLC, I’m glad that I can say that Dungeons 3 is back in full force.

As it was the case with the previous add-ons, Clash of Gods takes place after everything that was released so far, it’s a direct continuation of the events that have taken place in the Dungeons universe. After everything that the Almighty Evil and Thalya endured to rid the lands of all forces of good, a celebration was due. The evil forces quickly became bored of doing absolutely nothing, so when you found out that there were still remnants of Good and that the Goddess was plotting to cleanse the land of all Evil, you happily mustered your armies and set out to destroy everything in your path once again. 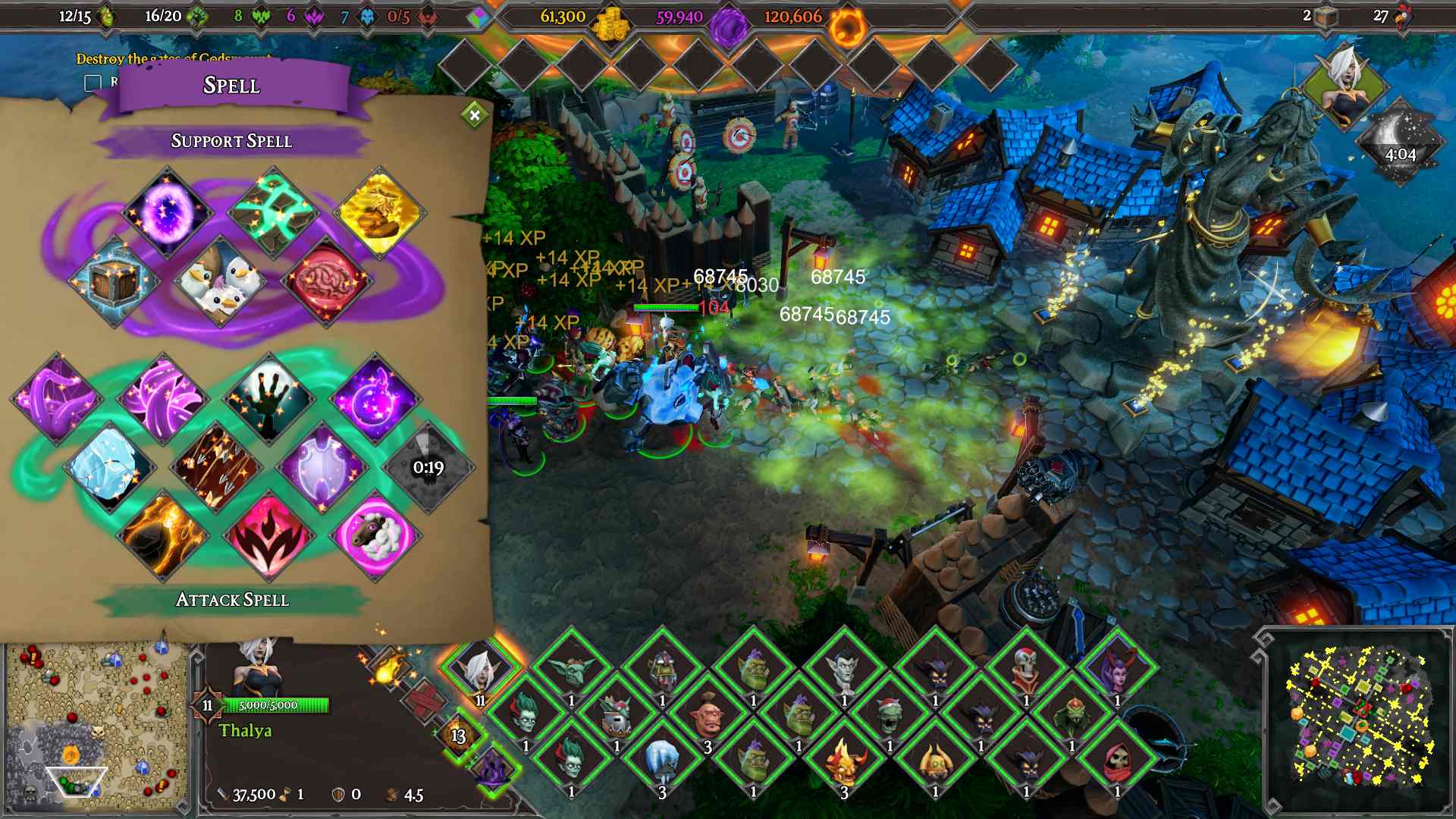 Clash of Gods boasts a new campaign which is fully voice acted throughout eight different missions and throws a few antagonists to the mix to keep things interesting. Mission objectives and layouts still remain pretty much unchanged, so if you’ve enjoyed the standard defend, capture locations, kill X, and destroy Y from the base game and the other DLCs, you’ll certainly have a good time here as well. The game’s dialogue and sense of humor is back and it doesn’t disappoint, yet again. From Thalya’s cheer happiness when she learns about new in-game features, to the narrator being forever grateful for what some might call extremely long mission intros, you know the drill, the usual fourth wall breaking lines that were so prevalent in the base game. Fans of the game know exactly what to expect, and I personally can’t have enough of it.

This new DLC not only introduces a pretty lengthy new campaign, which took me about 10 hours to beat on my own, but it also adds a new multiplayer mode (which sadly I haven’t been able to test out), as well as three new traps and three brand-new spells. On top of that, there are also two new gameplay elements that surprisingly change the flow of the game quite a lot. The first one is the existence of these outposts on the Overworld, which, if in the hands of the enemy, will spawn enemy units (and they can also be protected with towers). However, if you capture them for yourself, you can also build towers to defend them, but you can also build statues that provide you with certain bonuses, like decreasing the maintenance costs of your army. The second mechanic is that the forces of good can now establish their own small base with a teleporter inside your dungeon, so careful planning and proper defense deployment are even more paramount this time around. 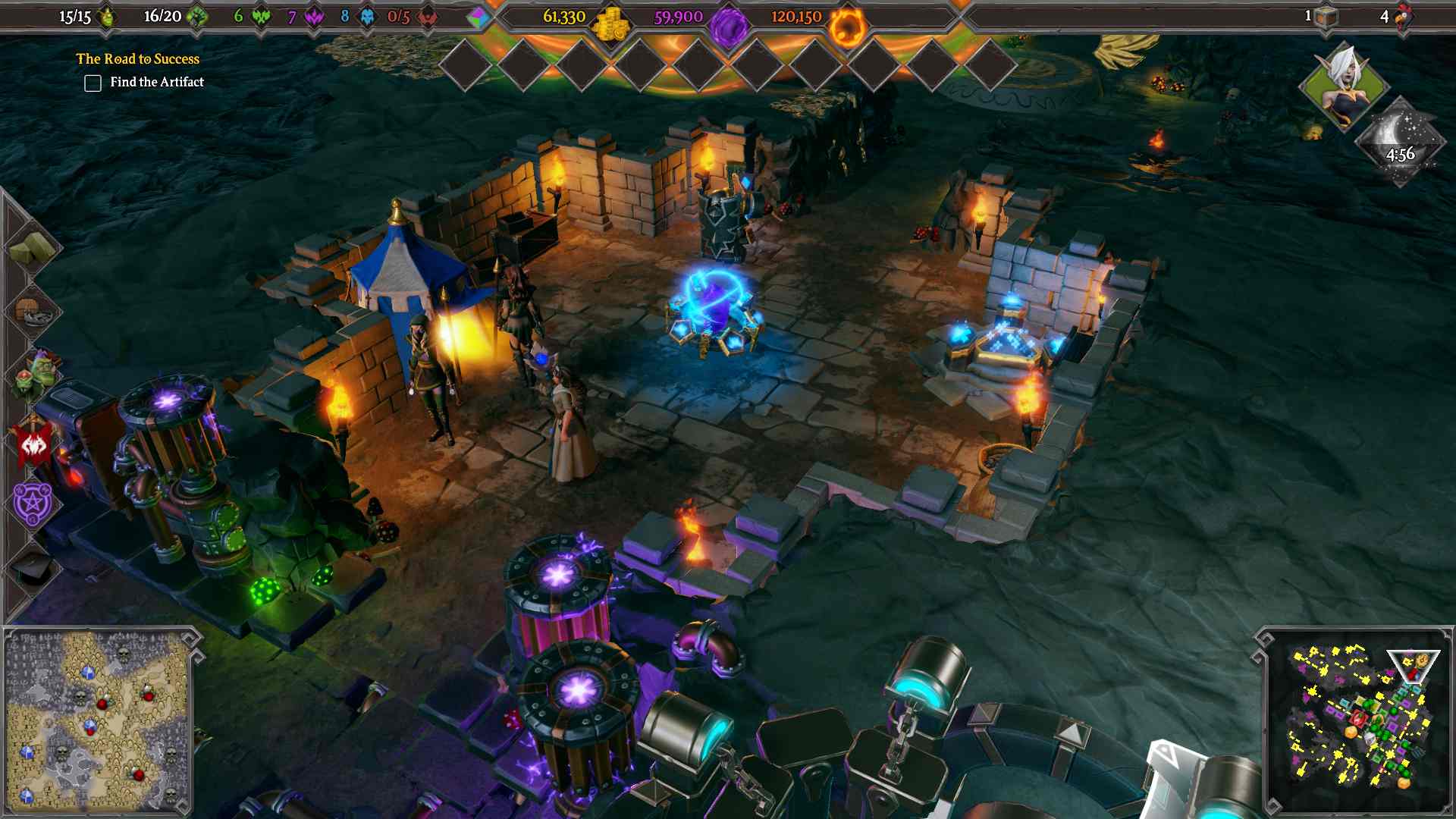 I must admit that coming to this game after all these months feels like seeing a good friend that you haven’t seen in quite a while. In a time where RTS games and Dungeon Keeper-like games are pretty few, I think that Dungeons 3 makes me appreciate it much more than I’d probably have if it was released during some other time period. Not only does Clash of Gods expand on the base formula of the base game, but it still retains the high production values that it is known for.

The game’s humor and dialogue sections are clearly one of the strongest selling points that the series has, at least for me, but even if they’re not really your cup of tea, as long as you had a good time with base game but didn’t really fancy the previous DLCs, this will probably be what you’re looking for. There’s absolutely nothing that I don’t like about Clash of Gods, but I have to say that I would’ve liked to see some new things in the campaign, more bold and creative moments. In any case, I highly recommend this one.