I believe I can fly!

Taking control of a young girl, all you wish for is to fly and travel to your heart’s content. There’s a problem, though. The town you currently reside in has been turned into a cage due to a magical barrier surrounding it. No one can’t get out and nothing can go in, other than the King. One day, you happen to be right there when he comes into the cage and follow him. Eventually, you find out what enables the King to have the ability to fly out of the cage and take the incentive to give it to yourself. After a little argument with the King, you head straight on out with the intent to escape the cage to achieve your dream. From then on, the story steps aside for the gameplay with only hints peppered in till the end.

With your newfound freedom, you can finally explore the world outside. You have four Kingdoms you can travel through: Forest, Lake, Sky, and Fallen. These all act to hold hubs and wall art hinting towards the past, containing four levels each that you need to maneuver to. You can’t do any hub, though, as the others are locked till you complete a set number of levels. Once you complete most of the levels, a Shrine will unlock, which acts as a bridge between Kingdoms while further hinting towards what happened in the past with more wall art and a dream sequence.

No matter how nice the world looks, it doesn’t mean it is free of dangers. Each level will have their share of spikes that will not hesitate to pop you like a balloon, bodies of water that our lovely protagonist can’t swim out of, and deep drops. To get around these dangers, you have a small moveset so you can get to the next checkpoint or to the exit. You have the usual jump, but you can use a boost to increase your speed, jump further, or climb up walls if you’re just shy of grabbing that ledge or if you needed to be higher to avoid spikes on another wall. A lot of scenarios will have you assess what you need to do as you can’t just boost everywhere, especially if you’re between two walls. Can you make it above the spikes with just a regular jump, or do you need to boost? Do you need a boost jump or boost up the wall and then jump? Lastly, you have your flying ability. 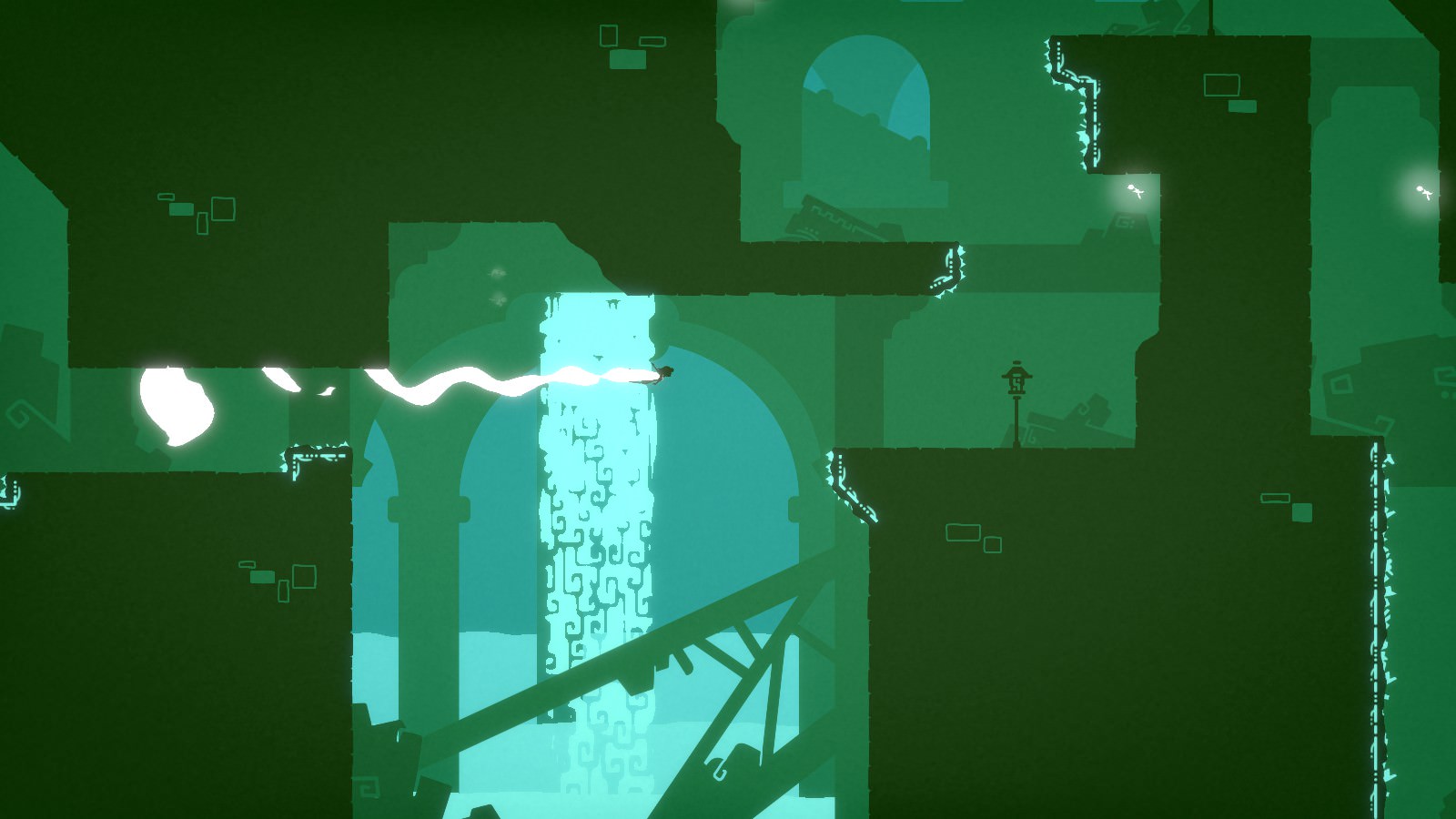 I’m not gonna lie, even though I was looking forward to playing The King’s Bird, the flying mechanic made me nervous. Anything could have gone wrong to make it the actual flying mechanics difficult to work with, despite the game focusing a lot on it. Happily, flying turned out to work just as intended. When first starting it’s pretty rough, but after getting used to it over a few levels it’ll click. Flight is based on your momentum, so the faster you are the further you can get. You can’t fly forever though and your scarf is meant to show you how much time you have left. This can easily be reset by touching a wall or platform. Once you get the hang of this, the only thing in your way to the end of the level is precision. There are also collectibles called Spirit Birds that will hover throughout the levels. These can be pretty had to get, requiring you to have enough momentum to get them or land with precision all while occasionally guiding you to where you need to go.

There are also a handful of levels to switch it up once in a while. When going through the level hubs, you might notice that some warps have a different medallion on them. Well, these are different types of levels. The first type is more of a freeform version as you’re not constantly going forward to the end, but mostly collecting these statues in one area that you would otherwise get at the end of the level to complete it. The other will take away your flight and force you to rely solely on your jumps. These were all really enjoyable to play through and a nice break from the usual level.

I would say that the levels here are not that hard to do, apart from the last sets of them. It accommodates both those who need to restart from a checkpoint and those who are speedrunning. Even though you would restart at a checkpoint, you can still get the needed momentum to get to the next one. If you’re a speedrunner, you can easily get through it quickly and I even saw some paths that could have been a shortcut. Leaderboard wise, you can get on two different leaderboards for collecting all the Spirit Birds or just getting through the whole level. While I’m not sure if any of them were hacked at the time of me playing, all of the times up there seemed possible. I even had a six-ish minute first run turn into a little under 43 seconds on the next try and it felt like I could have gone faster if I was flawless. 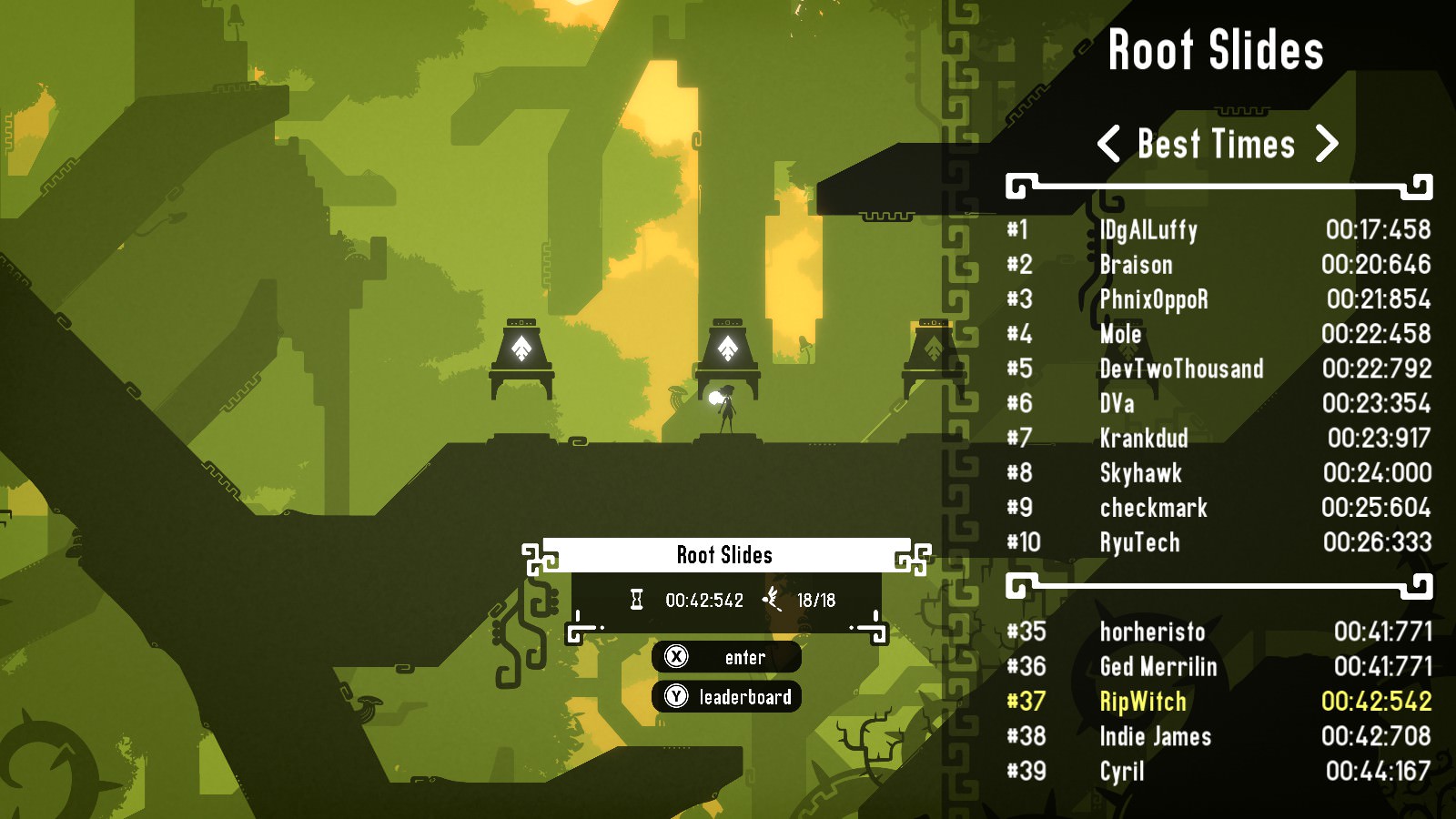 The King’s Bird does come with various assist settings if a level is becoming too difficult for a player. There are options you can enable, from a limitless cloak so you never run out of it to being able to take extra hits before you die and even slowing the game down a tad. If assist mode is enabled, whatever time you get on a level will (understandably) not be uploaded to the leaderboards. So even if you might not be that great with precision platforming, this can help you through the more difficult parts.

Every area in The King’s Bird has beautiful backgrounds with their own themes while each character is represented by silhouettes. The striking colors mixed in to go with the area work well and some areas will even have a smooth color transition as you get further into the level. This also helps with distinguishing your character from the background, with the white flowing scarf helping as well. The only problem with the more bright backgrounds is that it can easily hide the Spirit Birds. I also really love what they choose to replace voice acting during cutscenes. The melodic tones work great and I honestly wish there was more. 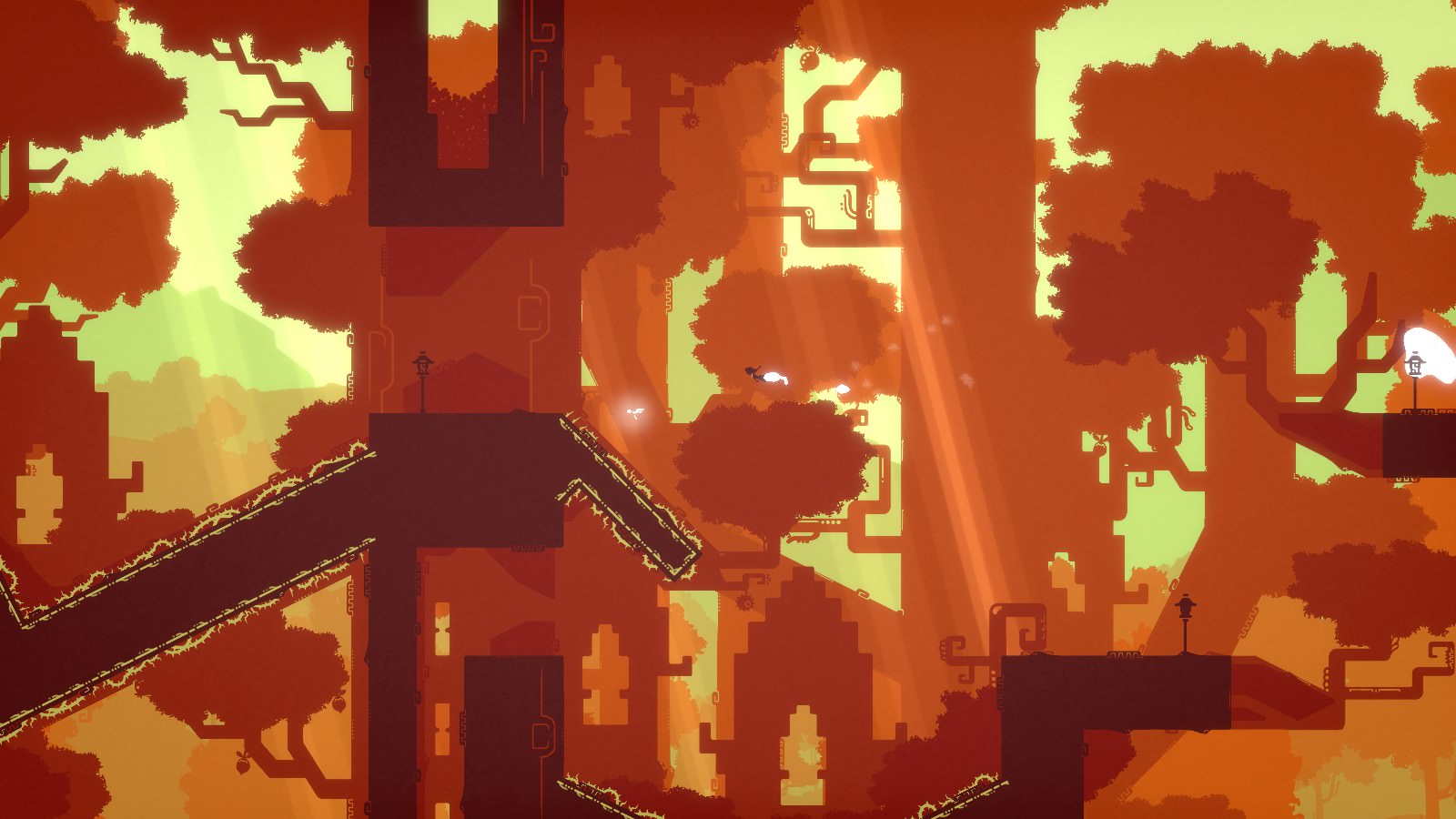 Despite how bad I was at the precision part of The King’s Bird, I really enjoyed playing through it. Soaring through the air feels great as well as finally landing a tricky maneuver after a moment of frustration. Using the limited moveset to your advantage with each jump may require you to think about what boost you need on the spot. While the flying mechanic takes a while to get the hang of, The King’s Bird is a beautifully good title to get into if you’re a platformer fan or someone who likes to speedrun games.