Players with a taste for puzzles and beautiful sci-fi adventures will find a good amount to like about this story-driven adventure game, but the overall experience is held back by an imbalanced plot that barely manages to set up the backstory in the first installment. 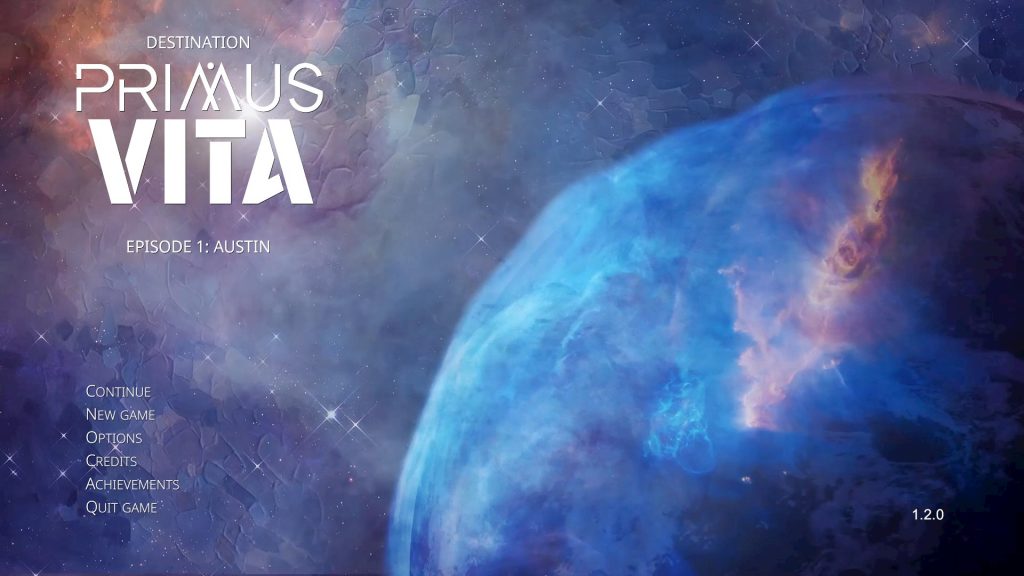 The general premise of Destination Primus Vita — Episode 1: Austin is that several hundred years prior, presumably-hostile aliens arrived on Earth and vacuumed up the vast majority of the planet’s water. Improbably, humanity survived, and has recovered to a point that they have decided it’s time to go take it back. The game opens as that mission sets out. 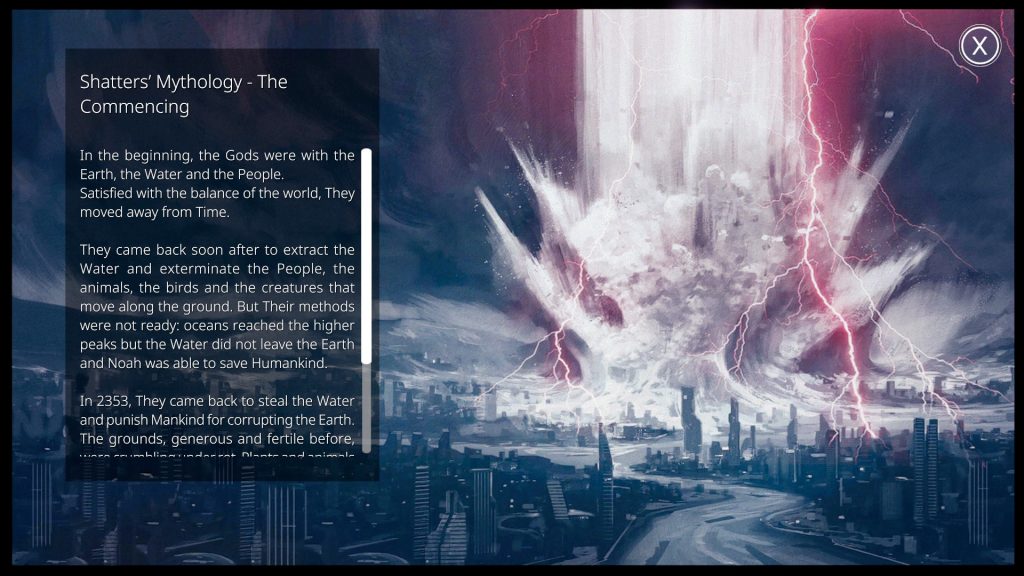 Unfortunately, the game’s biggest flaw is that it doesn’t seem to find any of those questions particularly relevant or interesting. In fact, the opening sequence makes it fairly clear that the mission has only a crude concept of what it might do if it actually managed to find the water it’s setting out to reclaim. You play as the scientist who’s tasked with fleshing that plan out a bit, and your first conversation revolves around your complaint that perhaps instead of being forced into cryosleep, you should be allowed to work on that. This idea is deemed unreasonable.

The peculiar disinterest in even high-level science concepts is bizarre in a game featuring so many sci-fi elements, but it’s unlikely that I’m imagining it. You’ll recall that the main premise of this story deals with a crucial water shortage that your character is tasked with solving. At one point, the game lets you have a glance at her work so far: 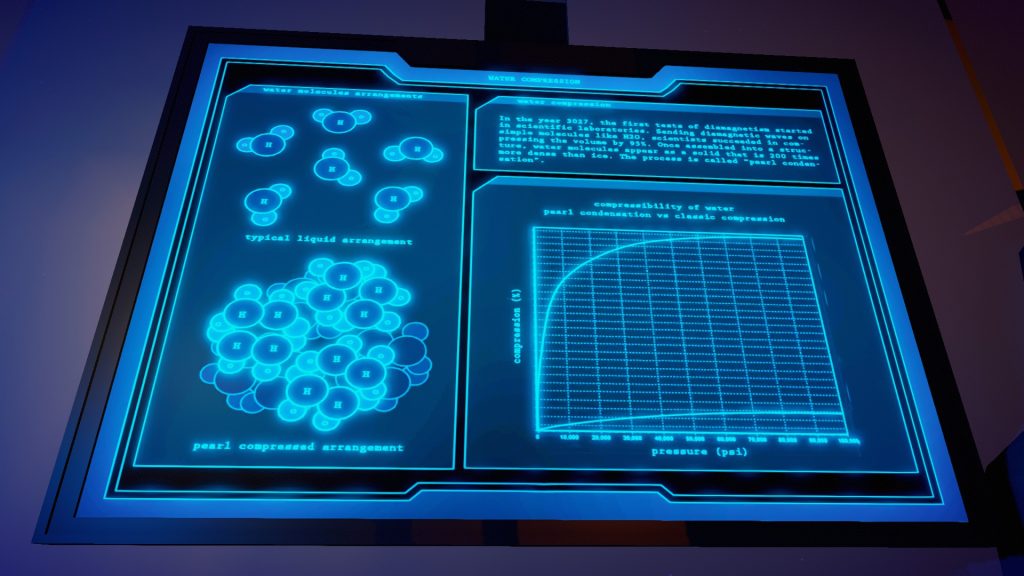 Frequent fans of science fiction will likely be baffled to see that our protagonist seems to have gotten a bit flustered and mixed up the oxygen atoms with hydrogens, arriving at a surprisingly detailed image of fictional compound HO2 standing in for the all-important water.

I stress this point not just to be funny, but also because it really is telling of the general plot structure. Overall, this game is barely about the water problem. Instead, this is a character-driven story about how the crew gets along with each other. Specifically, this installment is about the various social hangups of the scientist character.

I went with a word choice of “scientist character” there for two reasons. First, it’s entirely appropriate to use phrases like “the scientist character,” because this story is built entirely on the use of exaggerated archetypes. You’ll be playing this game as the socially-inept nerd as she interacts with a total stoner (the mission’s botanist), a religious weirdo (the linguist), the captain of the football team (the lieutenant), a meathead (the, um, muscle of the mission, I guess?), and an adult entertainer, shown here straddling a huge pipe: 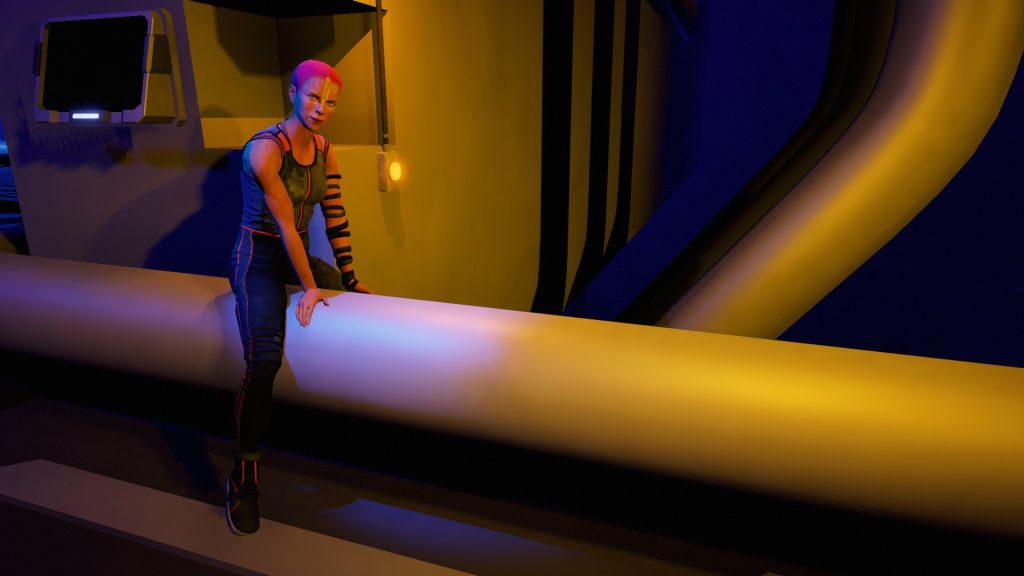 Your real task in this installment is to overcome your social hangups and bring this Breakfast Club together. 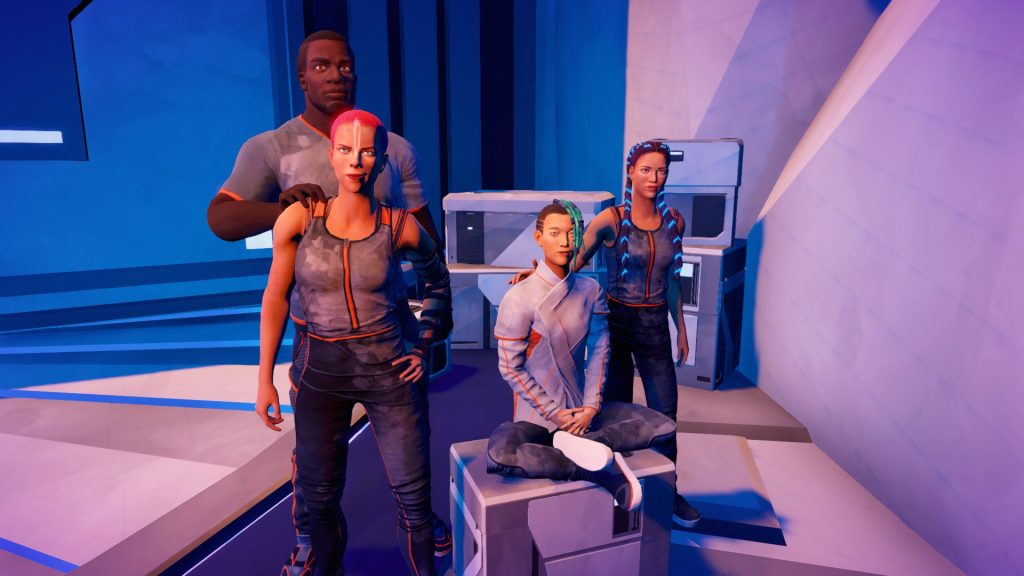 That’s actually more interesting than it sounds, and as such I’ll leave the majority of it unsaid for fear of spoilers. The game is suitably aware that this mission roster does not make perfect sense (We’re entrusting the fate of the Earth to THIS team, why, exactly?), and makes a respectable effort at providing a rationale.

The biggest problem with attempting to bring this crowd together is that the social skills of the protagonist cannot be trusted. The game frequently makes you choose between different dialogue options, and I did my very best to choose the obviously more polite answer in every case. Inexplicably though, far more often than not, your character will betray you in these efforts and say something horrifying despite your best efforts to choose what appeared to be the friendly option. 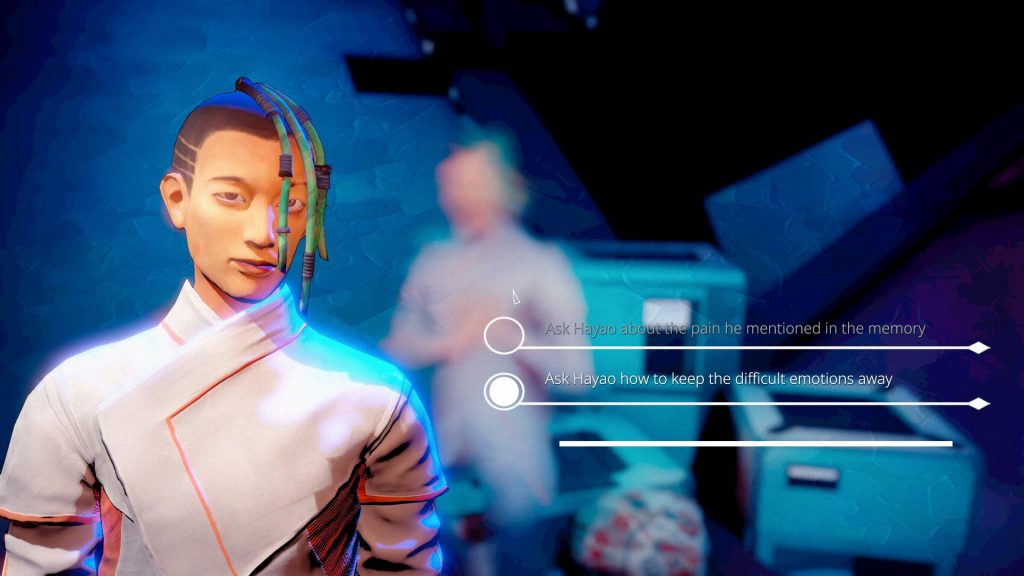 Gameplay is well designed and implemented. The game features a number of quick time events and timed sequences. The quick time events are extremely merciful, and I was personally able to complete all of them on the first try. This was a genuine concern, as doing so is one of the game’s achievements, and I had originally worried that this was unreasonable. The timed sequences are usually related to minor puzzles, and as such you should expect to fail at them a few times while you figure out what’s being asked of you. These are the closest that the game gets to being frustrating, but the difficulty level is about right for a game of this type.

The game’s strongest point is its art direction. The locations are beautiful, and whoever created these environments has a great eye for color and contrast. 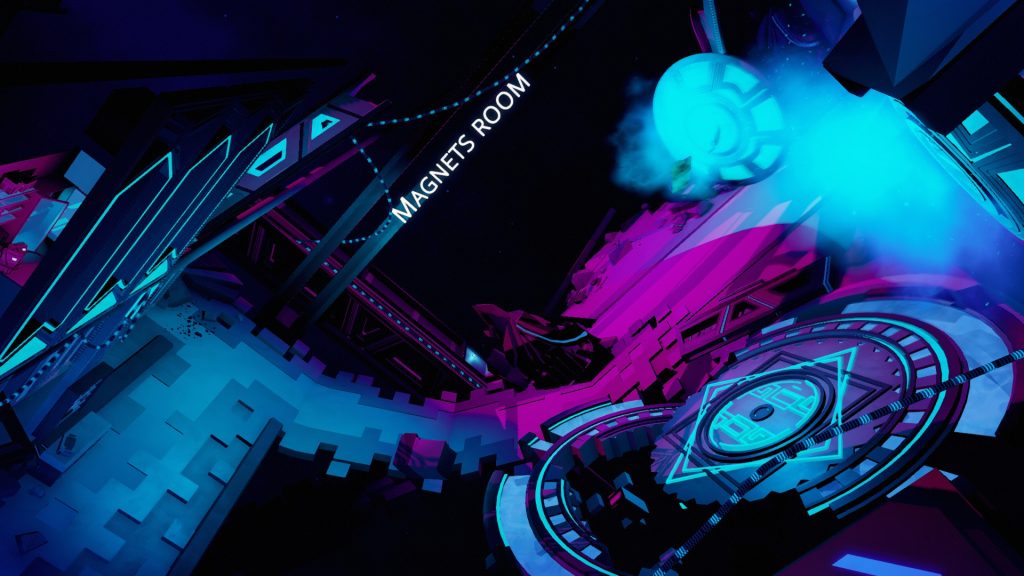 The environments also include some fun effects, such as a moving gravity field that’s more fun than it sounds. Similarly, the game features an entirely appropriate soundtrack that adds to the mood of the scenes, but never quite manages to steal the focus onto itself. It’s well done, but doesn’t quite manage to become interesting in its own right.

Taken together, if you enjoy puzzles and artistically-crafted sci-fi environments, you’ll find plenty to enjoy here as you get to know the characters in this first installment of what will hopefully grow into a full adventure game. While there’s a lot to like, it remains true that the game is only the first chapter in what appears to be a much larger story, and the focus in this chapter was a little odd. Here’s hoping that future installments take the sci-fi premise a bit more seriously while delving deeper into what has the potential to become an interesting, greater story universe.