What would be a new NES classic in 2018, RobbOtto is about two robots trying not to kill one another as they attempt to work together to learn the meaning of friendship.

Hearkening back when videogames lived or died by their gameplay as they had no narrative, no soapbox messages and no additional elements to pad themselves out, RobbOtto—or Robbotto, the naming scheme isn’t clear, so I’m going with RobbOtto like the name—reminds us what games used to be. Even without having officially played Bubble Bobble outside of an emulator, the influence is unmistakable, but don’t take that description as if RobbOtto is a mere imitation with no surprises. The simplicity of the game’s audio and visuals, as well as its limited mechanics, disguise what an addictive experience you can find here alone or with a friend. RobbOtto may largely borrow the general format, but the gameplay manages to be distinct enough as well as innovate on the concept—however, it remains a game that largely resembles something you could play, technical limitations aside, alongside the NES classics. 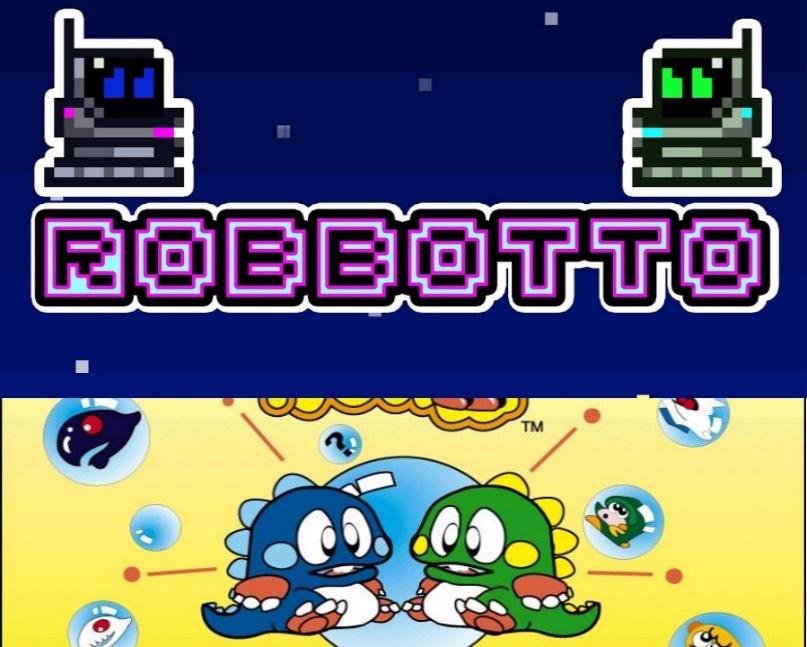 There are two questions you must ask yourself before you purchase RobbOtto: Are you interested in a modern take of Bubble Bobble, and is ten dollars a fair asking price despite not having online cooperative play or even customizable controls outside a Steam Controller?

If you’re a wham-bam-thank-you-mam type of gamer who plays games once and you’re done with, you won’t find much value with Robbotto outside of high-scores and playing it alongside friends afterwards. However, if you’re an avid fan of Bubble Bobble who wants to play it alone or you want to share that nostalgic memory with family, friends or people who drive you mad when playing cooperatively, then you’ll enjoy this game for what it is. The latter concern is something anyone on Steam should consider if the only option to play is on a keyboard, which is perfectly playable, but it will become cramped—two controllers is obviously the intended experience. If there is any ideal home for RobbOtto it is on the Nintendo Switch version, as you will get more mileage out of local coop, and given the limited number of controls you aren’t losing anything as a result.

As alluded to earlier, RobbOtto is a game in a similar vein as the Bubble Bobble series, but for those who have not played these games they are a series of a hundred levels with fixed camera challenges to knock-out all enemies and collect as many rewards for points as possible. Metagame challenges like high-scores, two-player modes and one-life runs are what drive the overall simplistic gameplay that you might expect from modern tablet games. Charm might be a more appropriate description to describe what makes these games addicting, but anyone who has ever played these games will probably be as clueless to explain what makes it tick the right boxes—maybe it’s the soundtrack that brainwashes people as it forever loops in an endless cycle of pure happiness against the player’s rage. 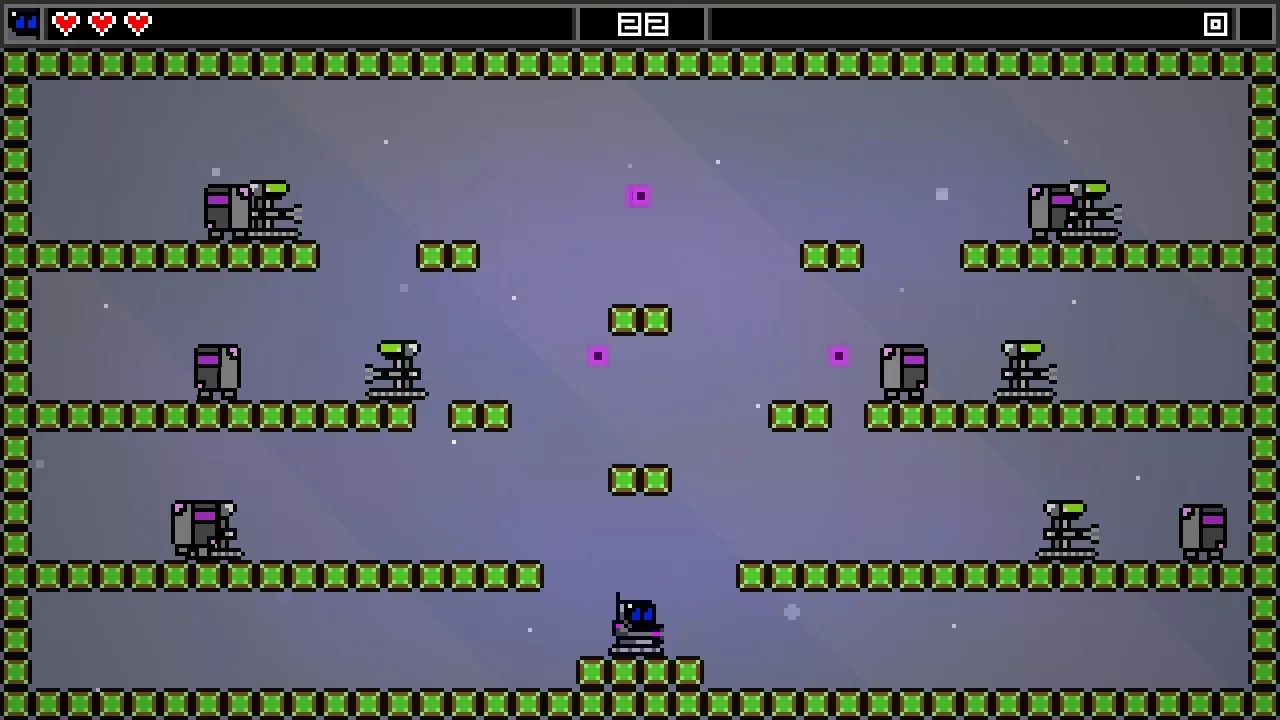 As difficult as this review is to not plagiarize what can already be said about Bubble Bobble, the differences are perhaps what interest you the most. At their most basic gameplay differences, Bubble Bobble focused around trapping enemies in bubbles and popping them in clustered groups for higher points on static stages; RobbOtto chooses to stun and spray water on other robots, and the levels allow you to loop around them similar to Pac-Man stages. Time is still a factor to consider for extra points, but also the location where you short-circuit these robots is another matter as the energy residue (extra points) do not spawn until all robots are obsolete, which can make certain levels tricky if you take them out in the wrong order. (However, some levels are impossible to nab all residue as there is no way to get the extra points through some obstacles.) It’s not until you play this game cooperatively that the core gameplay becomes a real challenge as you can play the “True Experience” where each robot (Robb and Otto) have one ability, which forces you to plan accordingly as a team to take out robots. (So essentially, spray and pray, and blame everything that goes wrong on the other player.) This cooperative aspect is one of the more unique elements that separates RobbOtto from becoming another imitator, but it’s all the other robots that make the gameplay more than a binary adventure. 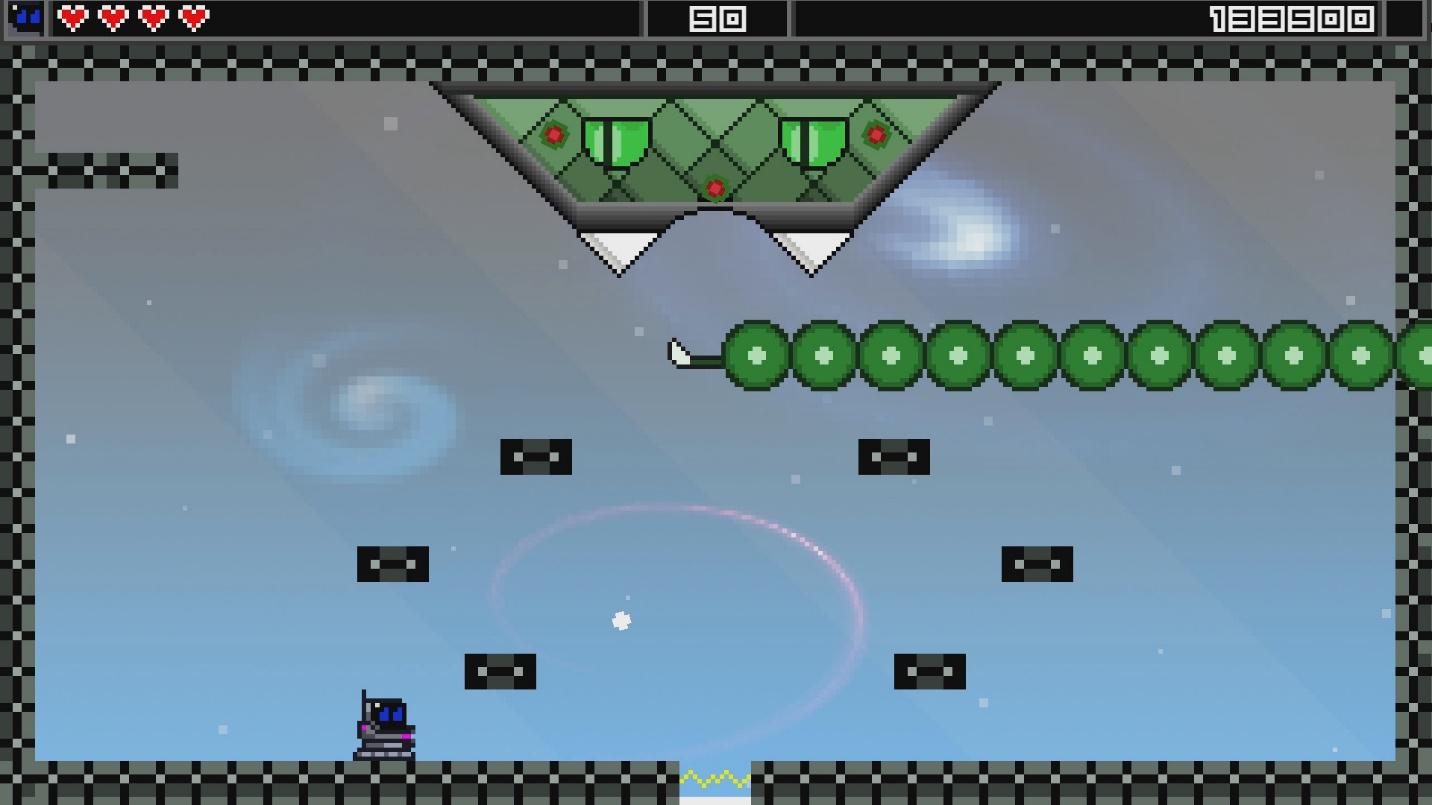 Unlike Bubble Bobble, which had around eleven or so enemies with limited differences, RobbOtto features dozens upon dozens of robot archetypes as well as ten distinct boss encounters. Some robots are modifications of preexisting ones such as the mailbox-looking-dogs—blue ones will always run away from you whereas the red ones will charge straight at you—and the challenge of every level typically comes from overlapping several different configurations to make up for the level design. As you might expect, sometimes these configurations can create unpredictable outcomes, yet that prevents playing the same stages from feeling the same. Other archetypes include more distinct hazards like projectiles, teleporting bots, stacks of robots that splits off into three, the ROB-lookalikes that repair any drones decommissioned, and robot-scorpions that roll into a ball. The bosses, although starting off fairly simple from the first twenty or stages, quickly become as demanding whether alone or with the help of other robots. Honestly, continuously playing to see these adorable and interesting designs as well as how they work off one another was the main reason I wanted to continue no matter how often they destroyed me. (However, one problem I noticed is the telegraphing for certain attacks like the rolling robot-scorpions, can be annoying.) Adventure mode allows unlimited continues, but if you desire a more retro experience you can choose to play with limited continues or a one-life run. Its options for other modes include a boss rush mode, but after three to five hours on your first you will probably have seen and done all that there is to do outside of metagame goals—and that’s okay. 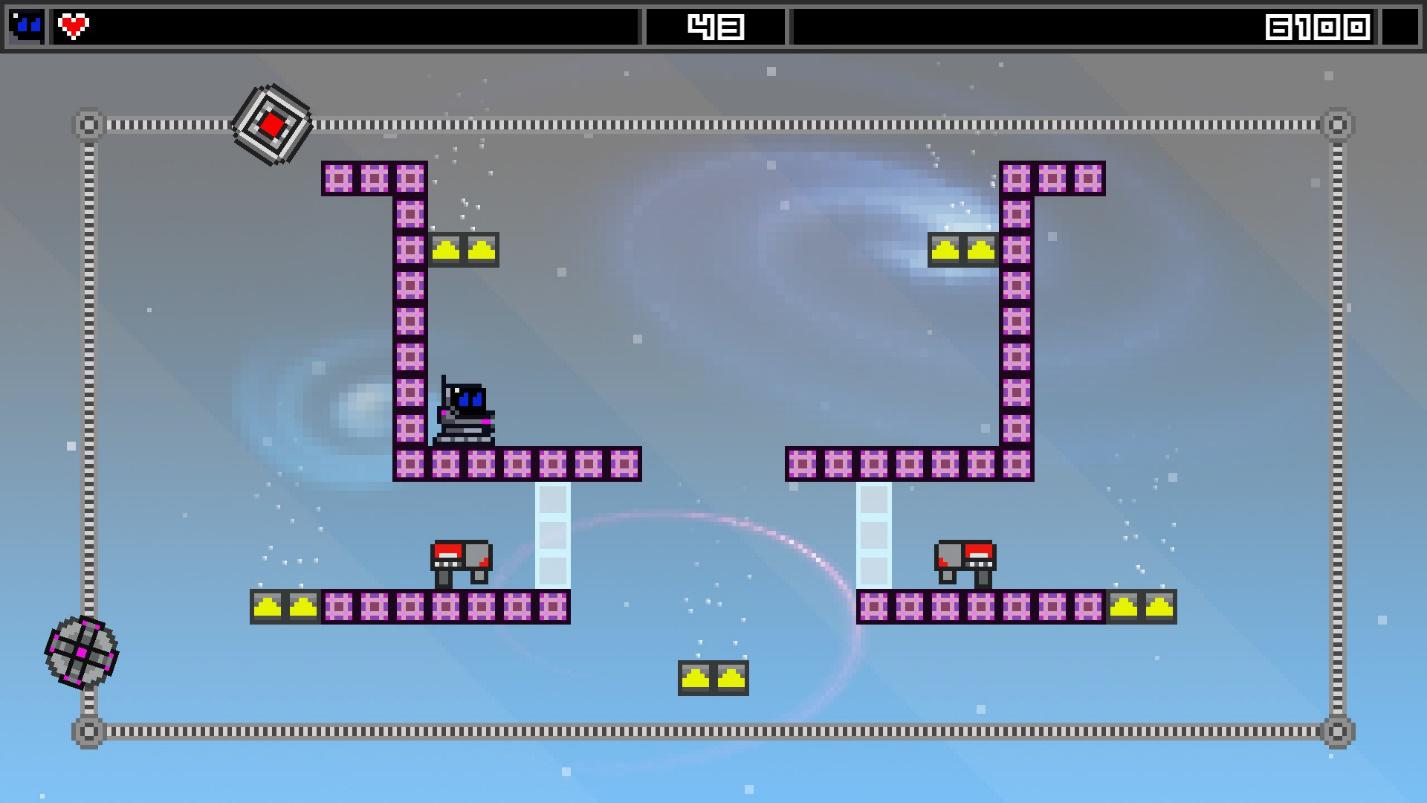 Verdict: Don’t Talk to Me, Talk to the Robot

Not every game needs to be revolutionary nor does every game need to set a new bar of excellence. In the case of RobbOtto, it succeeds at what it does, and its flaws are perhaps more technical limitations adhering to what it recreated. The only inherent problems are its floaty controls and that is more tolerable with this type of game as it’s not about lightning reflexes, the overall balance problems between single-player and cooperative modes are bound to showcase oversights. However, if you were to pass this game through a series of questions to determine whether it is worth its time and money, then the result would probably look like this totally-not-made-up-and-ridiculous-final-Segway:

Is the game archaically simple with its level design? Yes. Is the game annoying on the “True Experience” mode for coop at certain points? Yes. Is the game perhaps too steep for the price-point, and if it offered online cooperative mode it would be worth ten dollars together? Yes. Would it be best to wait for a sale? Yes. Is this game still worth playing in spite of these issues on an otherwise polished experience? Yes. Will Robb and Otto spare you when the robot overlords take over the world? Yes.