In Another Time and Place, A Great Puzzle Platformer Can Be Found from an Altered Perspective

Sometimes on Steam you may find a diamond in the rough title worth its time; sometimes, however, whatever fondness you may have first seen gets grounded into dust from sheer frustration. Dimension Jump is a title where after the initial 20 levels teach you the fundamentals, you begin to see some kindling of brilliance both intended or otherwise. Unfortunately, as much as I would like to state the game’s problems are towards me and my preferences as I reached fifty out of the ninety levels, there are issues, technical and at the core of the gameplay, that makes this game a hard sell save for a very, very niche puzzle audience. These are the kind of people who will love screen-shaping and dimension-changing puzzles combined with reflex based challenges and precise platforming, then memorizing those patterns or routes for speedrunning, or those who desire to rethink how to tackle harder levels with other collectibles as completionists. For those people, there are enough challenging and innovative puzzles to sate your curiosity and a simple level-editor to sate your sadistic needs towards others. 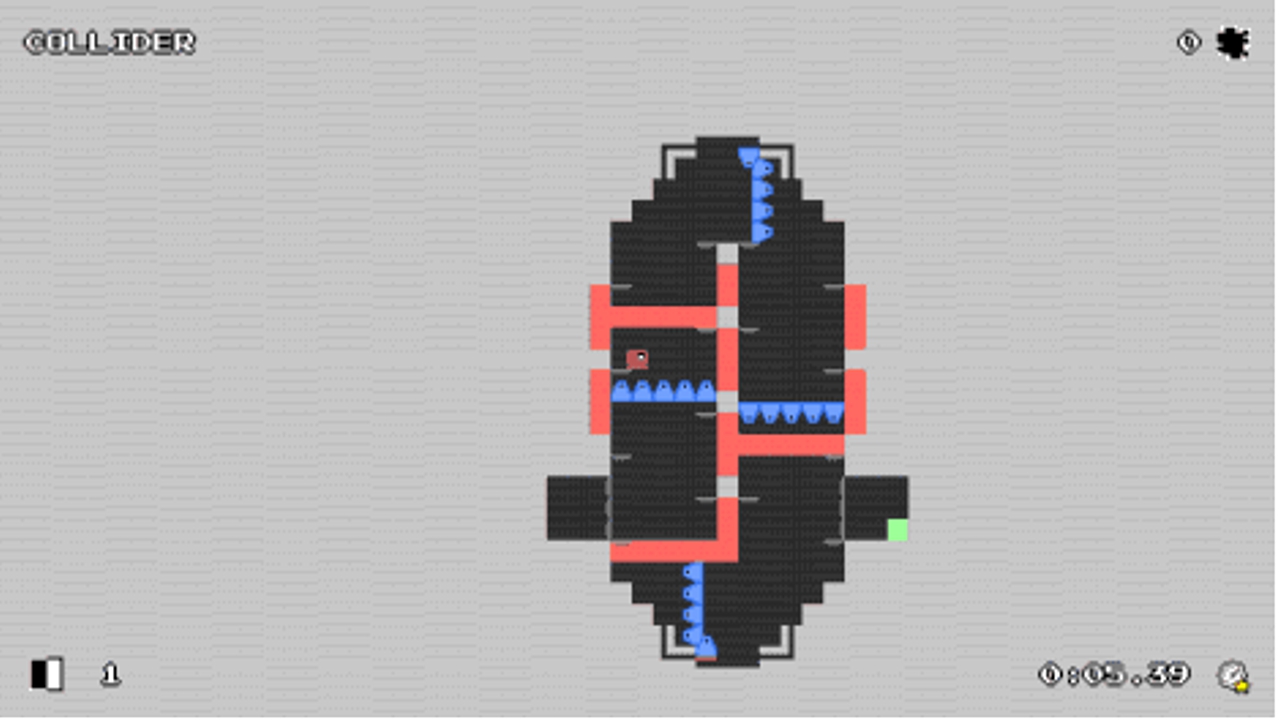 Now perhaps the initial problem many people will come across is when they load up the game finding only a third or a fourth of the screen is occupied, nor can you scale the screen-size in window mode to remedy this matter. It’s unfortunately something I was unable to address, and if you struggle with reading your monitor when displayed with small symbols on the screen screen, especially for precise platforming, it’s a deal-breaker. According to the developer, this is a Gamemaker 1.4 engine issue when the engine does not detect your hardware’s DPI (dots per inch), and after trying the developer’s suggestion of going into the Personalize settings from your desktop to change it manually the problem persisted. Technical issues aren’t really my forte, and I’m perhaps more willing to accept this matter as an engine issue as the developer states; however, if it also affects the gameplay in a drastic manner, then I cannot ignore the matter, and that’s where the problems accrue.

What makes this scaling issue devastating is how much it affects the game’s minimalist design. Although there is some charm from the simplicity of pixels—I wouldn’t call it pixel-art, only pixels—the information it obscures due to its small size can make certain puzzles far more difficult than intended. When facing new mechanics like the teleporting blobs, it can be difficult to learn it doesn’t simply teleport you in a given direction but touch the nearest wall/floor, and when trying to combine these new mechanics with the emphasis on speed and platforming it often results in a mess. This outcome often happens with levels are littered with screen-rotation boxes where they display their directions in a parabola and that direction changes with your orientation with no time to react, making it impossible to respond to an obstacle or a tricky dimension swap without memorization. 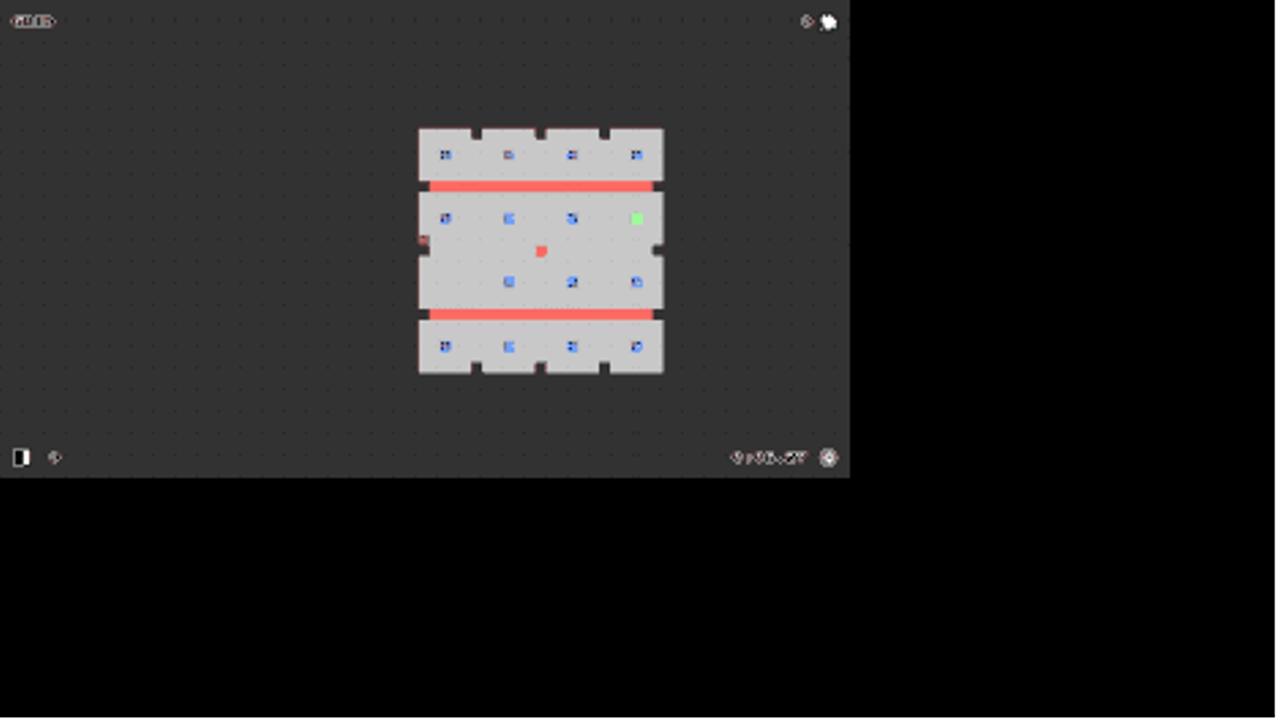 For the first half, these problems will only be a minor annoyance, but on later puzzles like escorting the box around another room with the screen-rotation mechanic can become a bane when you must constantly restart. Levels that have you pushing boxes or rationing the teleportation uses are the worst offenders, and they don’t need to be as punishing to work. In addition to other mechanics that exist to make the game more accessible such as the teleportation ability stopping time, perhaps because it’s mapped to CTRL, resetting boxes or more space between rotating blocks would make the game not as demanding when you make one mistake.

Sometimes these challenges feel deliberate and it can, admittedly, be satisfying to overcome a level that had you bashing your head against the wall like Super Meat Boy, but unlike that game the platforming is so anemic to control it doesn’t feel as rewarding to pull off when it works. Controls also feel too stiff, especially when swapping dimensions on the fly, and the screen effects when swapping dimensions rapidly will strain some people’s eyes. If you play the game slow or take you take, you can mostly avoid a lot of these issues, but it’s not how the game was really meant to be played. What makes this game perhaps more noteworthy to talk about than initial impressions are the few interesting levels and clever level-design like Countdown where you are swapping dimensions to progress while avoiding to block the entrance that make the game shine. 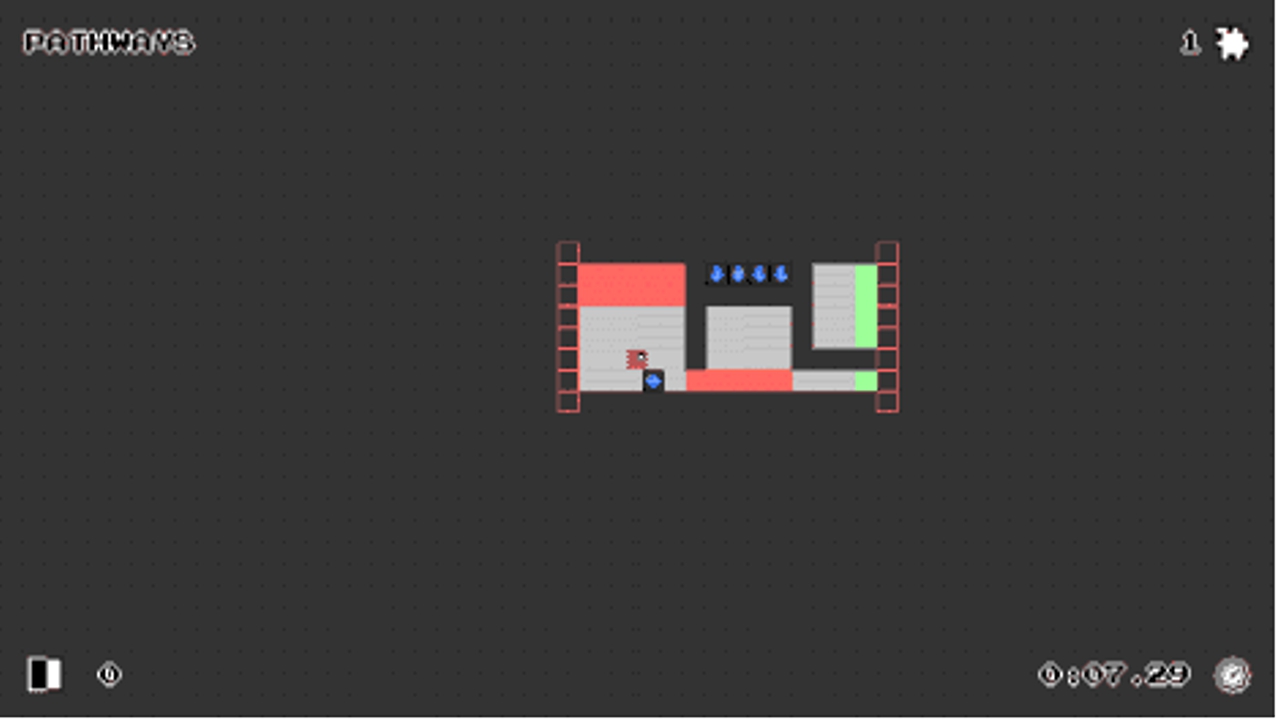 The Little Game That Thought It Could, But It Cannot

Unlike other subpar puzzle games on Steam, Dimensional Jump has the benefit that it comes with a level-editor and Steam Workshop support to add more content, and even if you’re not interested in user-made content the initial ninety levels will tax you for four or five hours depending on your tolerance for its types of challenge. However, it should be forewarned that the level-editor uses your keyboard, not your mouse, so even in that regard the ability to create levels will be bothersome. While the gameplay certainly isn’t anything noteworthy to make a community based on it around like Mario, there are a few interesting exploits that may lead to some interesting levels such as gaining momentum when swapping through solid objects as a glitch ladder. Given the final quality of the game and its many issues, it’s hard to determine whether it was deliberate or an accident.

One good idea under the mire of two more without a perspective change on the matter, perhaps the most solid description of Dimension Jump. It’s unfortunate because when everything does come together there is a basis for a solid platformer that not only can you see it you can create and play those glimpses into reality.

Unless you really are curious to try out what few good ideas are to be found in Dimension Jump or know how to work around its technical issues, this game is rated as a Pause at best. With the current Steam Sale price of $3, however, you may find it worth giving the game a chance.