Rogues Like Us is a minimalist but entertaining roguelike game with a budget price tag and many hours of fun. The only bad thing about it is that co-op is local only, otherwise it’s a very solid title that any action and roguelike game fan will love.

Rogues Like Us is a roguelite dungeon crawler with a top-down view. The technologically advanced kingdom of Arventous has suddenly attacked all neighboring countries using mighty constructs and machines, bringing devastation to the world. However, the outer kingdoms forge an alliance, and finally succeed in pushing back and defeating Arventian forces. Once they arrived at the Capital, though, they found it already in ruins with reasons unknown. Since the end of the war, the town of Recluse, near the borders of the now forbidden Arventian Empire, has been home to rogues and outcasts. You head there one day because you hear about great riches offered to those brave enough to venture into the mysterious Arventian kingdom once again…

Thee game is a traditional roguelite focusing on skill, finding equipment, and upgrading your character through a run, only to then win (or die) and lose it all again, unlocking new things to discover in the following sessions, and go into the fray once again. Thanks to good progression mechanics, combat, and co-op play (only local, a shame!) Rogues like Us is definitely a very good roguelite.

General Gameplay
You will start at the main city of Recluse, where you will find various facilities at your disposal with different functions. Here you will find the Armor Shop, where you actually cannot buy armor, but only change the one you have equipped. There are many sets of armor you can unlock, and every two pieces of the same set you wear, your character will be granted a bonus, depending on the armor type. Some may give you more health, others more damage or unique effects. There are five pieces of armor total for your character, so you can have two level 1 bonuses from two sets, or a level 2 bonus from four pieces of the same set. The next facility is the Armory, where you will be able to see all the weapons you unlocked, but not equip them, as you must find them in each run and cannot equip them from the start. Other facilities are the Library where you can read lore about the world, the enemies, bosses, and all the diaries you found in the dungeons, and finally the Dye Shop to recolor your armor sets with dyes you found while playing.

To unlock weapons, armor sets and so on you need chests. These are obtained by defeating bosses, fulfilling special events in dungeons such as arena fights, or purchased with Ultra Cores you obtain. Once you get crates you can open them at Recluse after you finish your current session. They will unlock new armor which you can equip right away, new weapons to find in the next sessions, enchantments randomly applied to those weapons each time, and dyes to color your gear.

Each weapon has different classes, such as polearms, light swords, heavy swords. These also have diverse attack patterns, times to attack, ranges, and statistics applied to the damage and cooldown of your special abilities. Some armor sets give special bonuses that work with a specific weapon class, so having a good idea of what you are aiming for in a particular session is important. It’s not guaranteed that you will find what you look for, though!

Dungeons are divided in a series of mini-arenas that will each spawn enemies, while others will have weapons, altars and supplies in them and sometimes be free of enemies completely. As in any roguelite, resource management is important and deciding if it’s worth exploring more of the dungeon, or instead go straight for the boss if you know the location. These will be choices you make all the time, considering risks and rewards. Each enemy you kill in dungeons will reward Cores, used as money with traders. Traders are found at the Camp, present in each dungeon, and will be of different types. A Healer, will give you 2 health for a price, a Cartographer, will reveal the whole map for cores, an Armorer, will give you 1 armor for a price, and an Alchemist will give you a random permanent buff for a price. Prices are higher the further into the dungeon level. In the first dungeons they will cost a few cores, while 3-4 dungeons away they will cost much more.

Some NPCs in dungeons will offer quests asking for something, like Cores, Health or Shields, and give random rewards that can be health, armor, buffs, or even Ultra Cores. Deciding if it’s worth it to gamble depends on you. 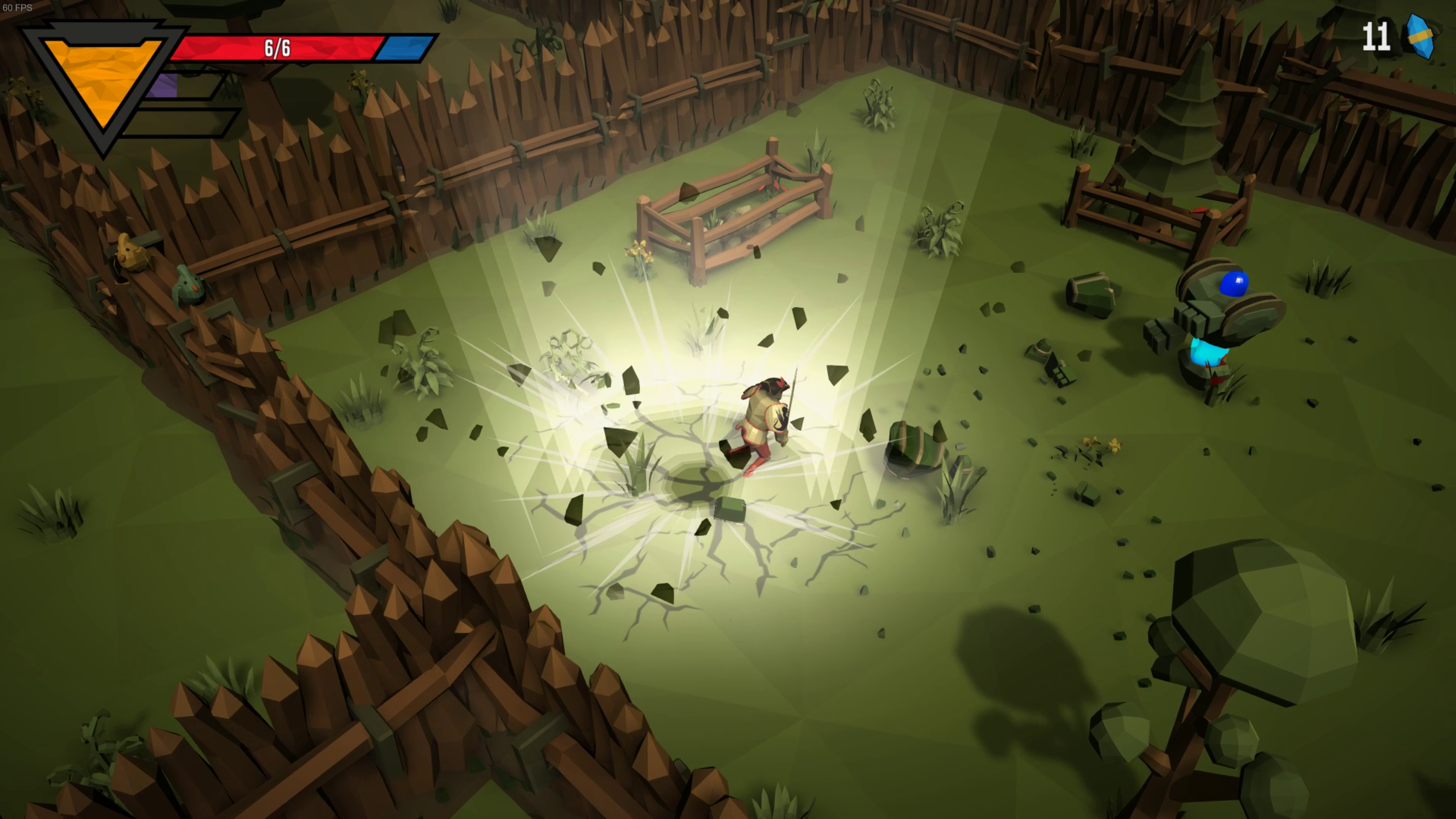 Combat System
The combat in Rogues Like Us is fast-paced, mostly melee-focused, and based on dodging as many hits as you can. Health is very limited (4 Base Health) and any hit will take out one health. Enemies are not particularly varied, with 6 or maybe 7 enemy types, but they all come in three different variants. Green is the weakest, Blue intermediate, and Red an elite variant. The variants will have different attack types and strengths. Enemies can also have random buffs attached to them such as electric bullets, or spawn slimes upon death.

The abilities at your disposal other than the basic melee will be Blast, a beam of energy passing through all enemies in the path and dealing significant damage, Slam, a circular AoE power that deletes bullets and knocks enemies back, and Dash, invaluable to dodge attacks. While you perform Slam and Dash you are briefly invulnerable. Slam and Blast have cool-downs, that can be reduced with buffs or weapon statistics, while Dash has very little cool-down and can be used often. You also have a Teleport Mark you can place anywhere and go back to that place instantly, quite useful if you need to go to a trader fast.

Bosses in this game will always be the same for each dungeon. There are roughly 10-12 bosses overall, and learning the attack patterns and weaknesses of each is paramount for success. While many are fair enough, some of them are incredibly difficult and will require great items and trinkets to be defeated. When you defeat a boss it will reward a random Crate, some Ultra Cores and a Trinket, a special item with unique effects. You can carry only one, so choose wisely. Perfecting a boss, aka not being damaged even once, will reward you with better stuff.

Content
If you want to get all the armor sets, weapons, and such the game can last a good 15 hours for sure. It depends on your skill anyway.

Balancing
There is nothing out of balance.

Challenge
Later stages with many elite enemies are tough, generally this game becomes challenging, but fair. 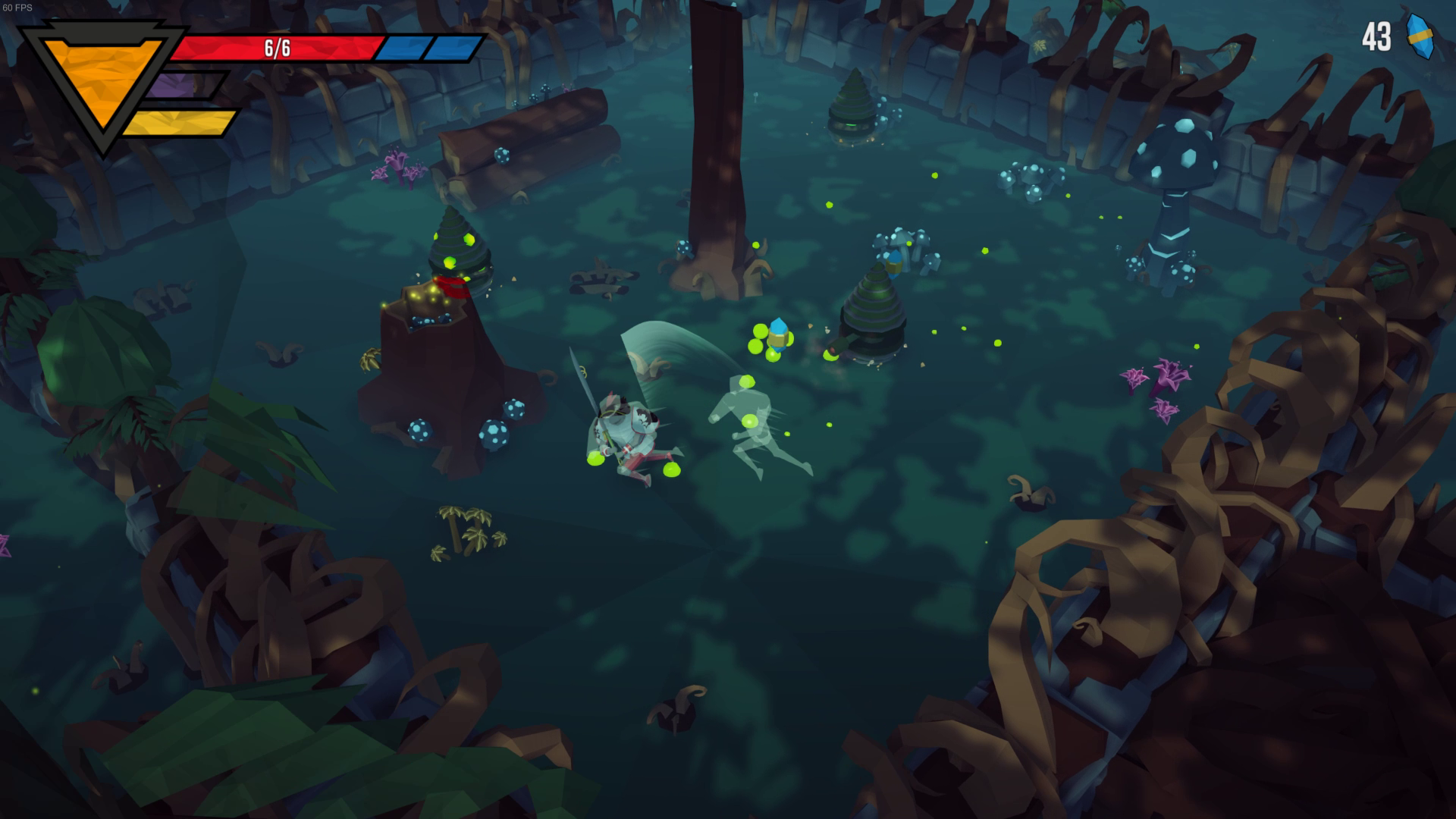 Graphics/Sound
Minimalist, low-poly art style has its charm. Models and the overall quality is good, and I personally really loved all the flying pieces of debris you see around when killing enemies. The soundtrack and effects are average from my opinion.

Performance /Stability
Nothing to report.

AI
The enemy AI is a follow-and-attack type for normal enemies, and an attack-pattern based AI for bosses. Nothing special.

Quality of Life
Effect descriptions of special armor set abilities should be detailed, as for many of them won’t reveal the abilities until you wear them. 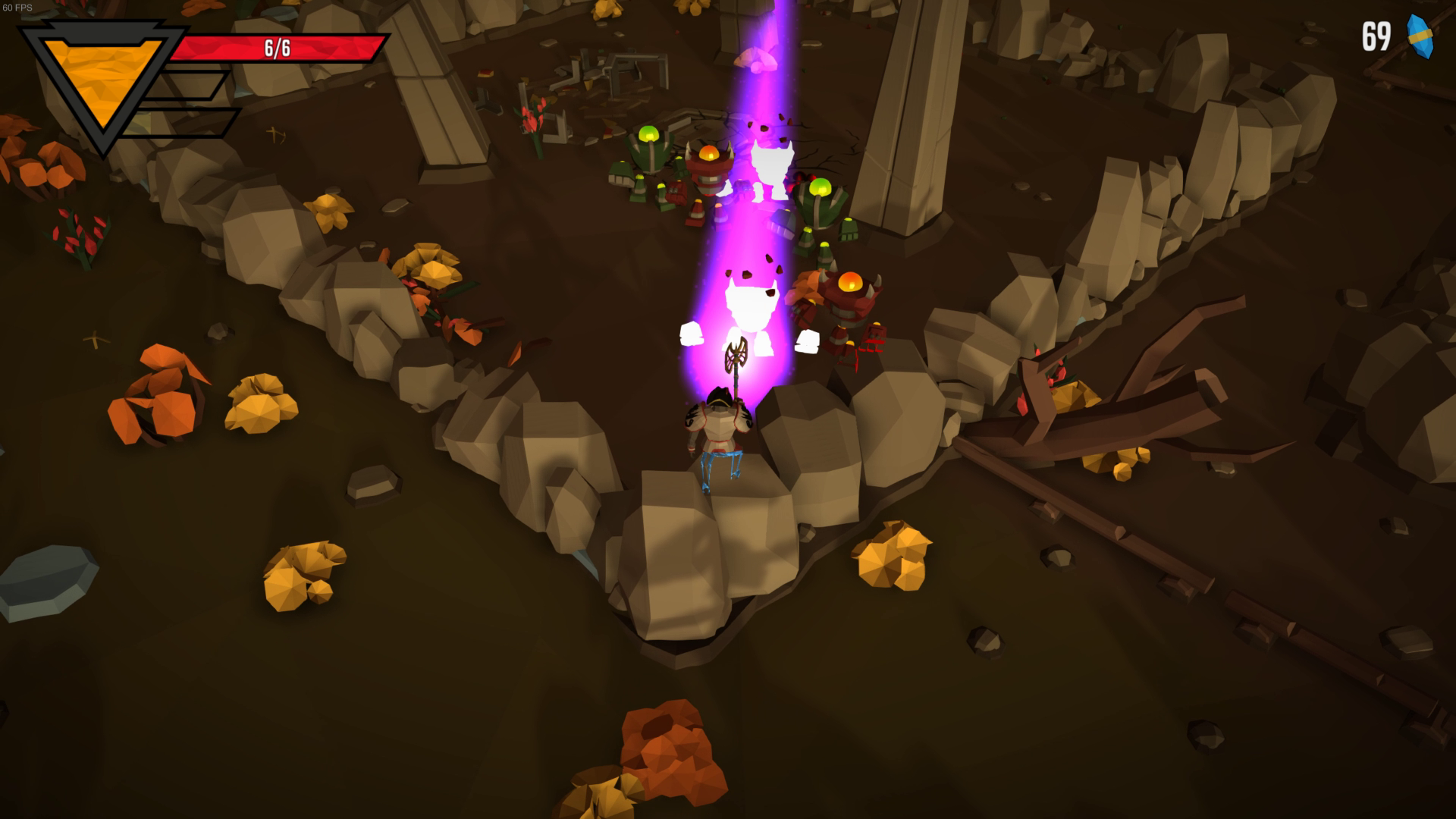 Rogues Like Us is a solid roguelite game that would be fantastic with online co-op, but for some reason that feature is absent, and that is the only bad thing I can really say about an otherwise great title.