Cefore is, for now, a very Alpha stage title, but it already impressed us with fresh and stimulating mechanics, promising a straightforward but at the same time complex level of gameplay in the future. We have our eyes on this.

Cefore is a physics-based puzzle game in which you will impersonate an Engineer tasked with recovering the Data Cubes, invaluable sources of alien data needed for technological progress. In each level you will face different puzzles to solve using the many tools at your disposal, mainly Explosives but also other things like hot air balloons, hooks, and metal beams. This title privileges total freedom of the player in how to solve puzzles, there are many solutions to all levels and it is up to you to find the one you think is the most efficient. Even if it is only in the Alpha stage of development, Cefore already shows promising mechanics and a fun and engaging gameplay structure. With more content tools and levels, this could really be the next big name in Physics Based Puzzles.

General Gameplay
Cefore features two game modes: Story and Sandbox. In the first one you will engage a series of levels featuring increasingly complex puzzles, also rewarding you with more varied tools as you progress in order to solve them. The other mode is Sandbox, where players currently can place any number of game elements freely and unleash creativity. in the future this mode will probably be used to create custom levels made by players and share them in an online community.

Puzzles encountered in Story Mode have to be solved in any way the player wants, there are no specific boundaries to what a player can or can’t do: place bombs, grappling hooks, balloons, and beams anywhere you want.  This allows players to attach elements of the level freely, making anything explode. The only important thing is to get all the Data Cubes inside the circle of the Beacon, a movable tool that you decide where to activate, which will project an area that is needed to collect Data Cubes. The only other constraints are that Data Cubes must be at ground level to be picked up and there must not be a Red Cube inside the Beacon’s area.

You will have a limited number of resources (bombs, hooks, etc.) at your disposal in each level, so carefully thinking about what to do with them is fundamental to collect all the Data Cubes. Your character can die if hit by debris or explosions, so watch out. There is an Undo and Reset tool to correct any mistakes you might make during the level-solving, they come in handy to avoid having to restart the level. You will also be able to interact with certain static elements such as Platforms via fixed Console Panels placed in certain levels, and so use the machines to your advantage.

Cefore currently has simple but solid gameplay mechanics in place that will surely evolve over time with the addition of more tools and mechanics such as Red Cubes. We are really looking forward to see how the future releases will handle game complexity. 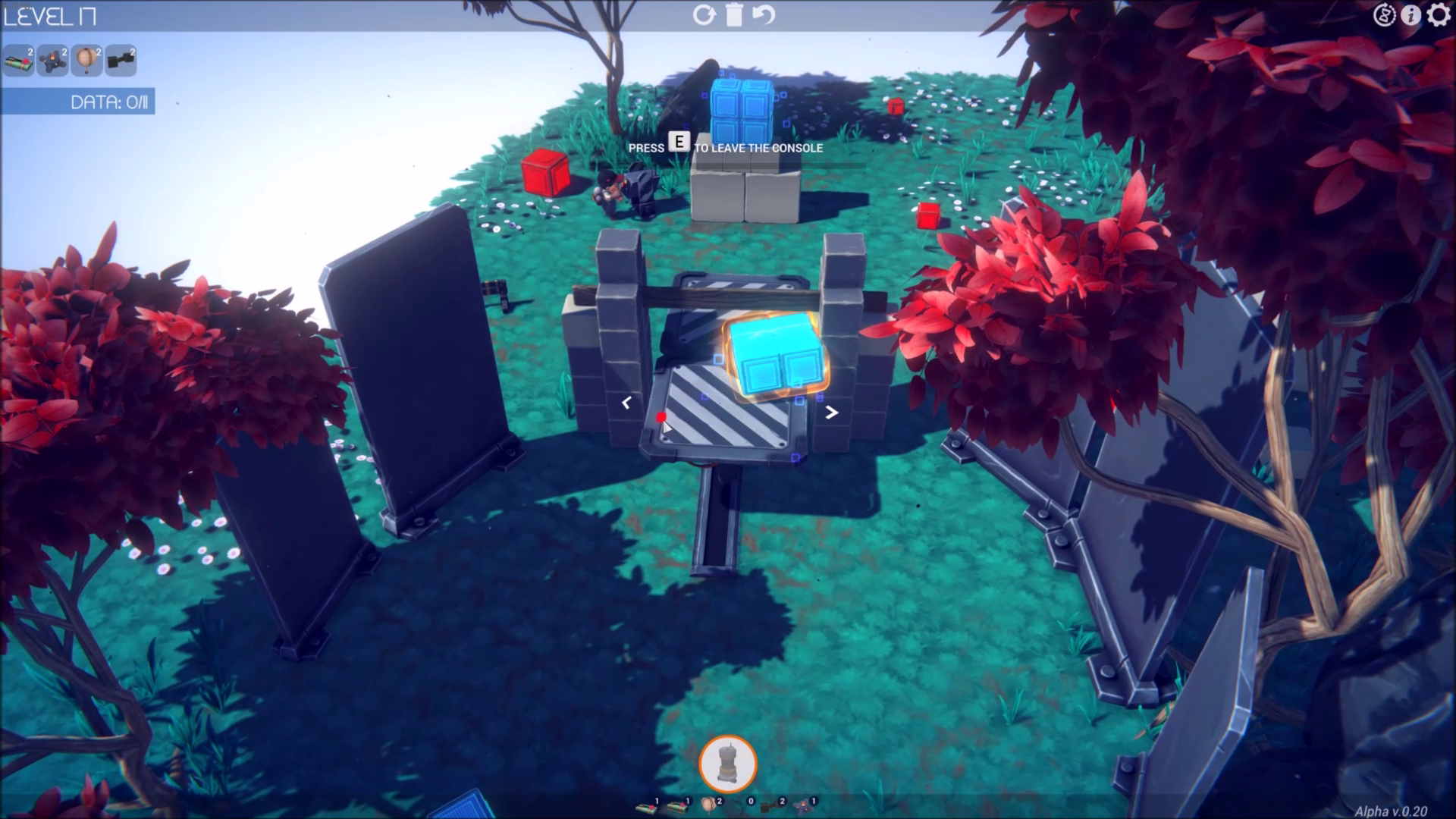 Content
Currently Cefore features 20 Levels and a Sandbox Mode. It took me around 45 minutes to finish all the levels available now, Sandbox can provide an indefinite amount of content but for now Tools and Placeables are rather limited in number and functions, also it is not currently possible to share levels or if it IS possible i did not find any way to do so. The Level Sharing will be the crucial feature of the Sandbox mode.

Challenge
The levels in Cefore, so far, provide a moderate puzzle challenge and require some tries and reasoning, but nothing very difficult. We do expect more complicated and difficult levels in future updates. 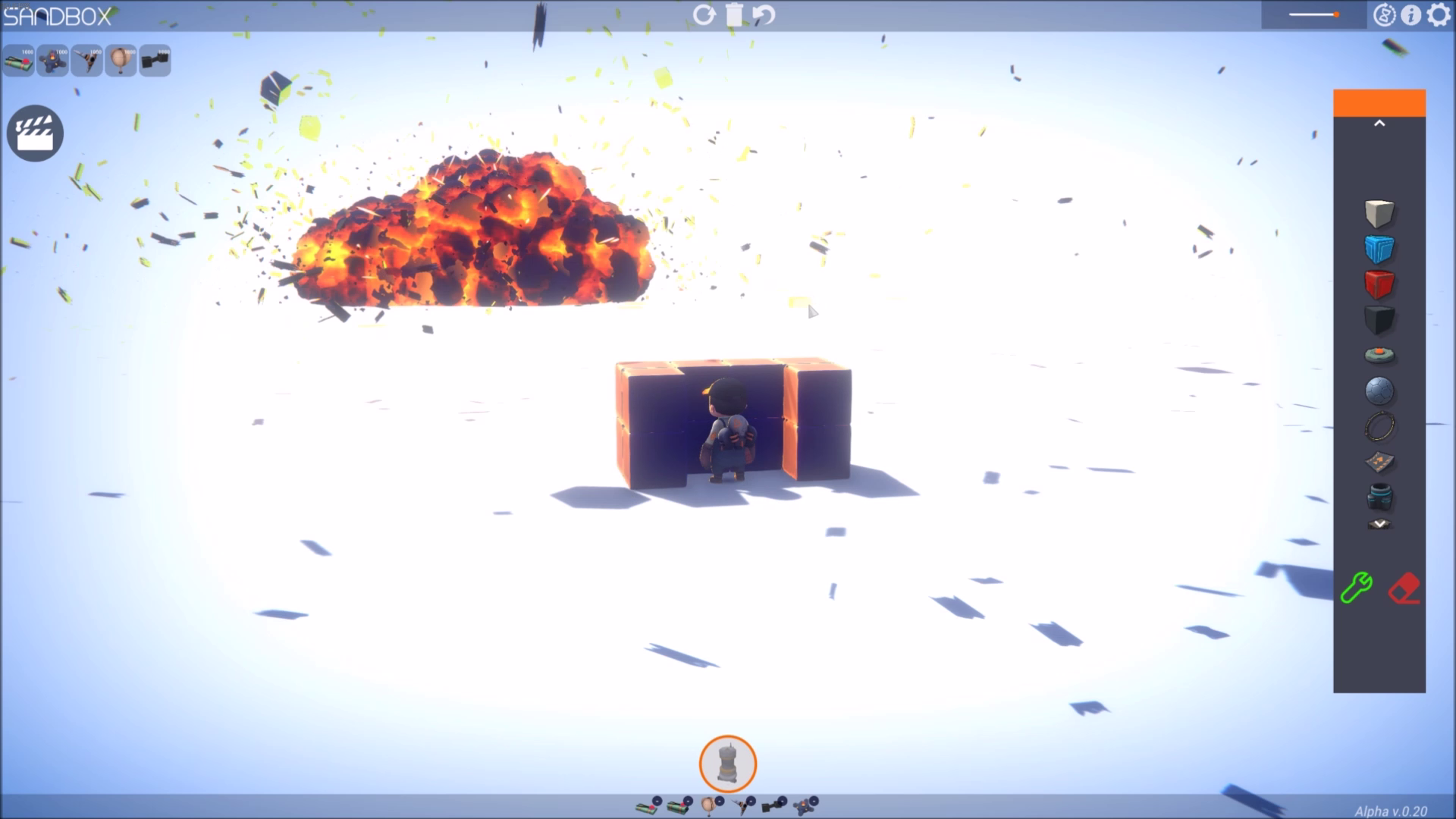 Graphics
Graphics are very minimal styled but also clean and well done. The style adapts well to the type of game that has been developed, function over form as one would say, and I personally find it pleasant. The Physics Engine is the star of the graphics, featuring advanced destruction with debris flying everywhere and a very good simulation of the overall physics.

Sound
There is decent music and effects so far, but nothing outstanding.

Performance
The game runs solid, unless you get into Sandbox Mode and overload it with thousands of Cubes and physical objects. In that case, obviously, you will get decreased performance.

Quality of Life
Menus and UI are simple and functional.

Bugs / Issues
Early Access for now, bugs will not be reported unless extremely severe. Nothing else to report. 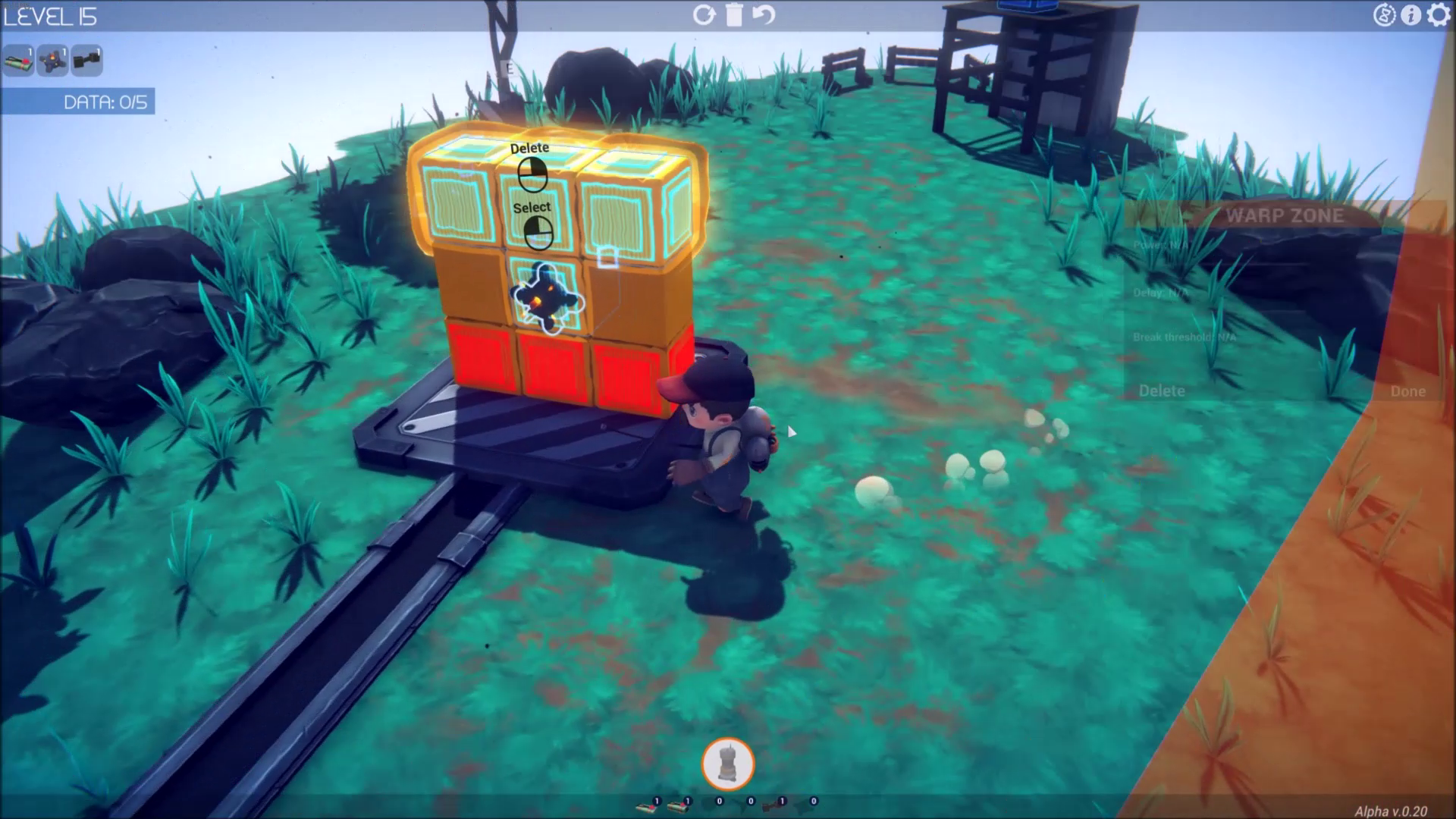 Cefore is a very good concept for a physics-based puzzle game and if it succeeds in its development, it could really be a masterpiece of this sub genre.