REVIEW: Will To Live Online

Will To Live Online is a fairly standard post apocalyptic MMORPG that could improve in the future, but as of now it doesn’t really stand out from the crowd with so many other similar games around.

Will To Live Online is a post-apocalyptic MMORPG set in a world ruined by a catastrophic and mysterious event. The environment it is set in is inspired by nuclear post-apocalyptic classics, particularly Stalker, and it has a very similar setting. You will impersonate one of the many survivors and try to make your way through the brutality of the wastelands by fighting monsters, animals and also other players. The RPG aspect of gameplay is very accentuated with quests, damage numbers, level progression and skill trees all already present.

The gameplay of Will To Live Online uses one of the most classic MMORPG experiences around: talk with NPCs in cities and locations to take on quests which will mostly be to fetch a determined number of items, explore a certain location, or kill specific enemies with or without a Boss involved. Afterward, you come back to the quest giver and get your reward (XP and items) for completion. This is a tested system that gives little surprise but works.

Aside from quests, there obviously is character progression. Every few levels you will get skill points to upgrade your abilities. Each character class from the four available has its own skill tree and attributes to develop as well as set proficiencies with certain weapons. The game world is completely open with an exception made for safe cities, such as the starting one, which are isolated from the rest and need a transition zone to be traversed.

There are also utility functions already present, such as creating groups with friends to see their location on the map at all times, a minimap, and a set of custom markers to put in location with descriptions. Thisoverall increases the game’s quality of life. Particular focus has been put on weapons and calibers. Different types of ammo such as FMJ or HP will work more or less effectively depending on the target you are using them on. 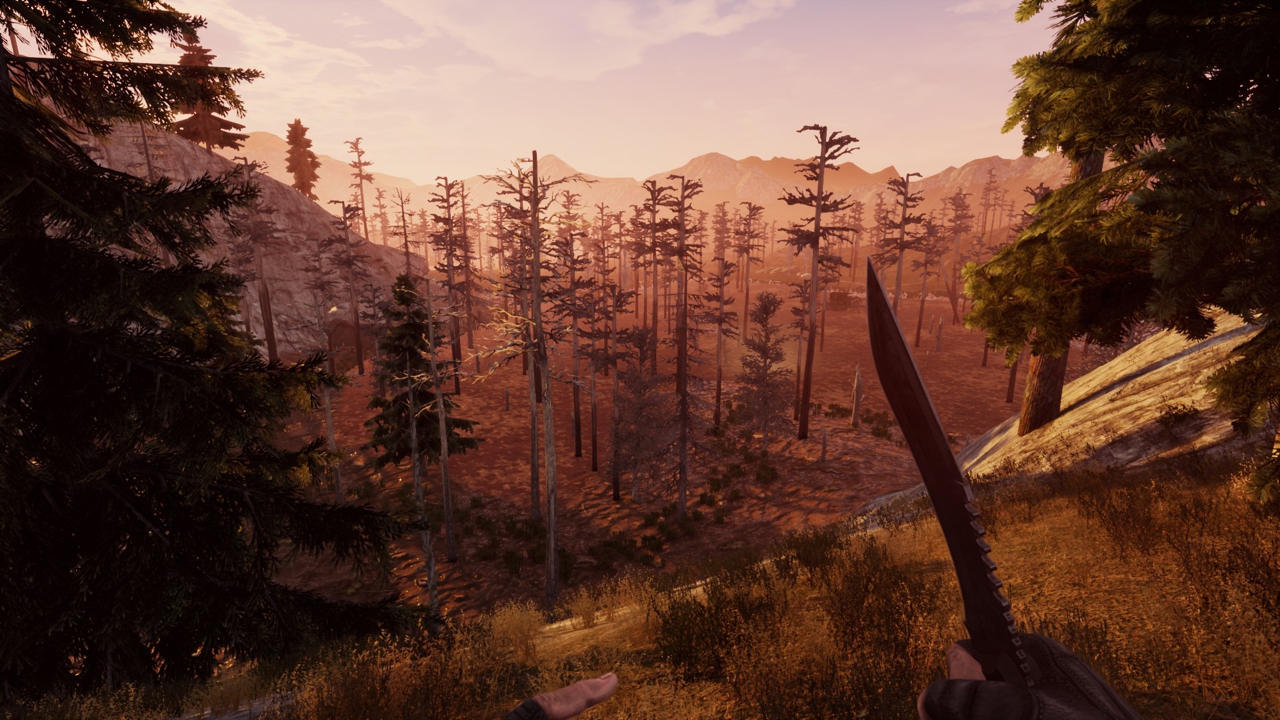 Exploring the world freely without being tied to any quest is also a viable activity, but you will soon face enemies far beyond your level and therefore be unable to progress without getting more experience as in any MMORPG. Of course, there also are markets to sell and buy equipment and players can gather rare and precious resources once an area is discovered where these items spawn. I have seen no presence of a player market such as an auction house yet, but maybe it will be implemented.

There is also a Faction system in place where players can join different factions and then become allies or enemies of other players of the same or different faction. Here, you receive faction-specific quests, rewards, and gear from faction vendors.

There is a substantial amount of dialogue and script for quests with the various main NPCs you encounter, and that may also be interesting to read and learn about the Zone and it’s history. The bad part is that the English translation is just awful. More then a few sentences will make little sense, being spoken in broken English. This hopefully will be better in the future, but considering the game is originally in Russian, any hope for that is dim. 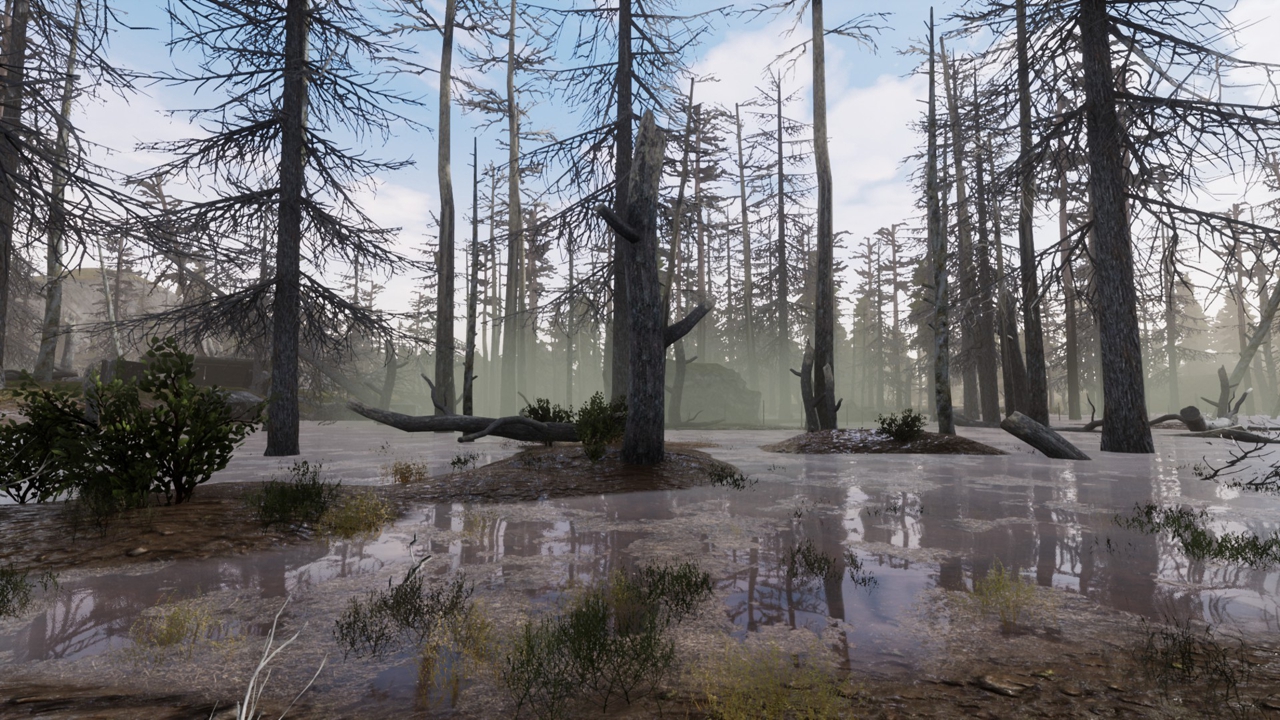 Combat System
Combat in this game is mainly firearm based, even if melee is very effective when it comes to that. There are various types of weapons such as pistols, assault rifles, DMRs, sniper rifles, and even explosives. Most of them require not only money but also a minimal level to be used. The gunplay is quite basic and does not really give off a good feel. The weapons feel clunky and a bit off, but that may vary from personal experience.

Being that this is an MMORPG, Levels and Gear will have a heavy impact on the outcome of a fight, especially if it is PVP. However, I noticed weapons do a substantial amount of damage to players as I have been able to kill players that are several levels higher than me with just a pistol and some decent aiming. That may be less true for higher levels where armors and such become more powerful.

Fighting against monsters and animals is straightforward as mobs are divided in fields. Attacking one will NOT aggro the entire field, but only one at a time. So far, this has been okay. I don’t know if there are special mobs that all attack together if provoked. Using long range weapons such as rifles is a very good idea against PVE enemies as they will probably be dead before they get in melee range, unless they are bosses, probably.

If you do die in combat you will lose some random items from your inventory, among the unequipped ones. These can also be quest items, so being dead is definitely NOT a good idea! You can go back to where you died to get back the stuff you dropped, unless some other player got there first and steals it, which definitely happens. Experience is not affected by death as far as i saw.

You can go to a PVE server if you are not interested in PVP, and that is a good alternative for some types of players.

Content
Currently there are 35 levels of experience to be progressed, that will take about… 100-125 hours to accomplish, as an estimate. There are multiple classes to be used and leveled if one wishes to do multiple characters, and also multiple factions to join. Overall, there is a good amount of content right now if you do not mind the inherently repetitive nature of MMORPGs.

Balancing
I have found no specific issues in the balance itself other than the problem with Safe Zones explained in the Combat section. I think, however, that Quest Items should be excluded from being dropped when dying.

Challenge
This game is challenging as any MMORPG can be. Levels and equipment are all that matters in PVE while aiming and skill counts most in PVP. This is perhaps a little more than in other MMORPGs, and that is good. 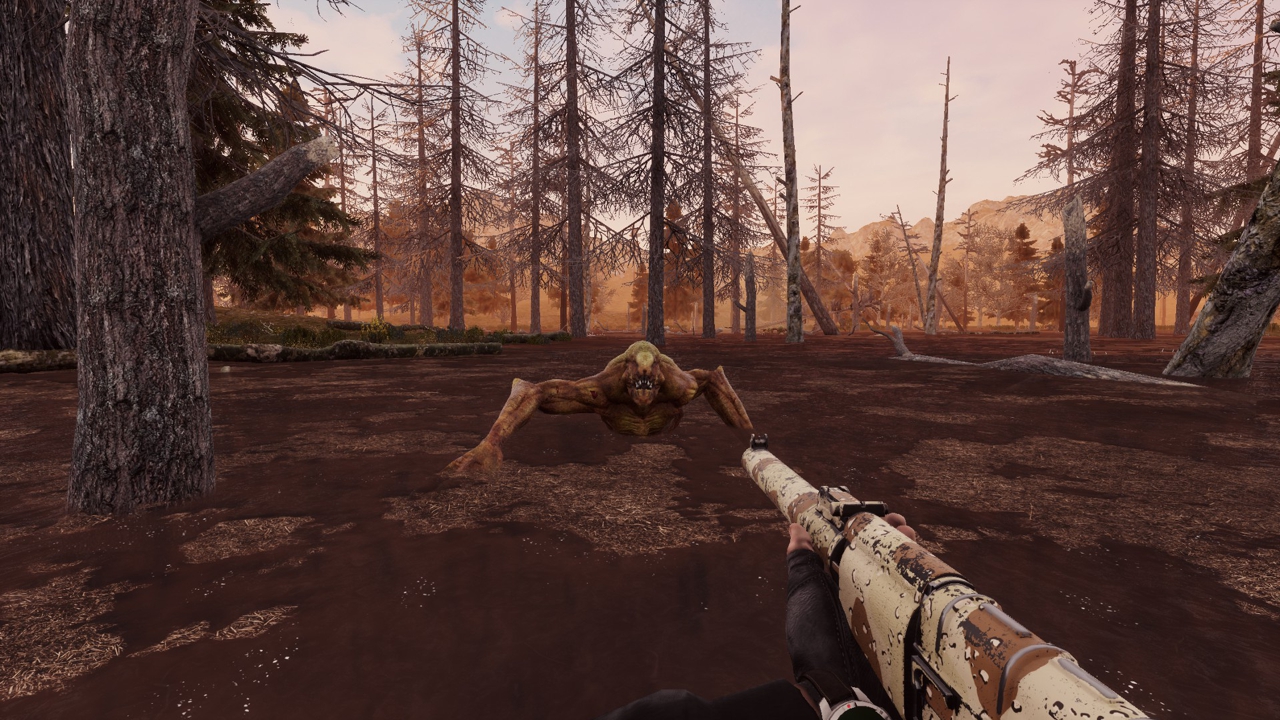 Graphics
Despite using the modern and powerful Unreal Engine 4, the graphics are very underwhelming and seem to date back many years from the current industry standards. Some aspects of them are up-to-par like shadows and some textures, However, prop models, meshes, and environments are not up to par most of the time and display with a sort of low quality instead. The models of enemies and characters are adequate. This inconsistency in quality does not help someone enjoy the atmosphere of the Zone.

Sound
The sound system is of an average quality and feature. It did not impress me save for when I noticed there are different sounds based upon whether you are in a closed environment or in an open one. For example, weapons sound a bit different when shooting in such conditions, that is appreciable but everything else is just mostly average in quality.

Performance
No issues to report.

AI
The enemy AI is what you would expect from an MMORPG, a chase and attack type of AI with little else. 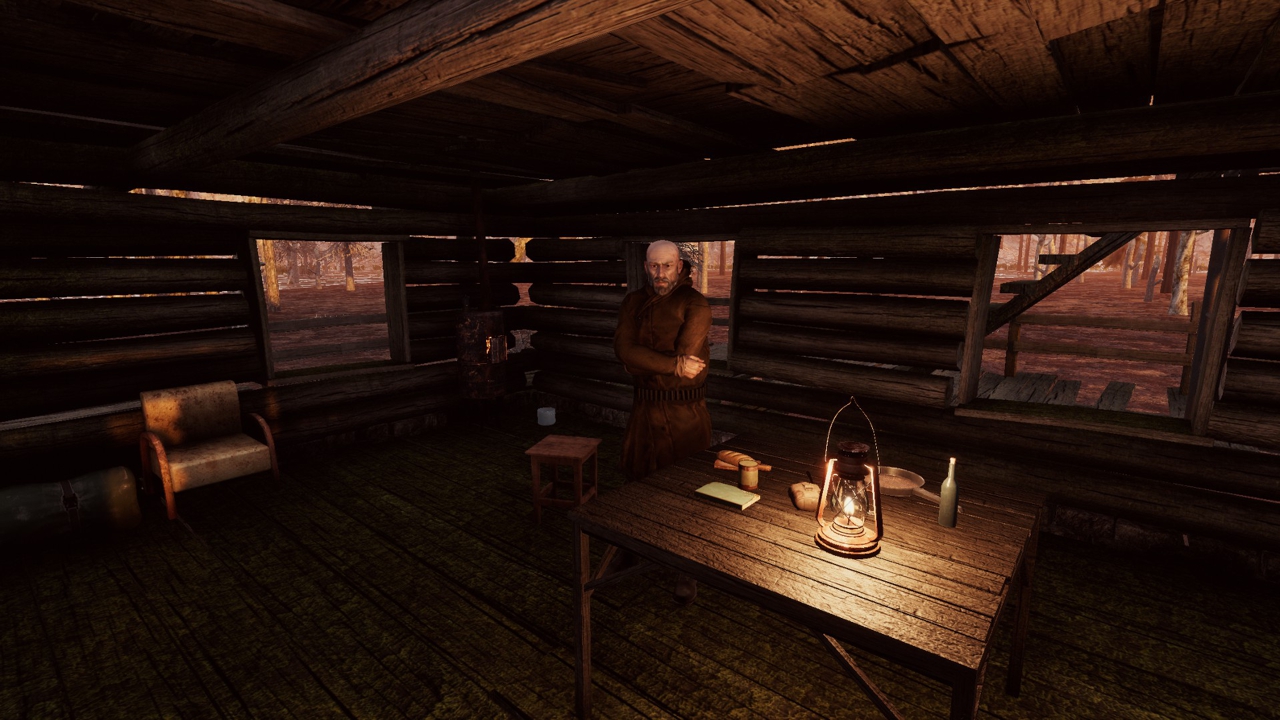 Will To Live Online is an MMORPG FPS that has many issues and cannot stand out from other competitors at the moment. Some of its elements have some charm to them and some good ideas, but issues and game design choices prevent it from truly becoming good at what it wants to be. Only time will tell if it can rise up from the crowd when it leaves Early Access.

REVIEW: Pathfinder: Wrath of the Righteous