The Long Reach begins to tell an interesting story of human endeavor gone very wrong, but it runs out of puff before it’s really gone anywhere.

The Long Reach, the debut Steam title from Painted Black Games, published by Merge Games, is a sort of point-and-click adventure game (though without mouse support) that tells the rather short story of a group of people working on a top-secret experiment to accelerate skill learning in normal humans, and what happens when it all goes terribly wrong.

You begin the game controlling Calvin, a belittled husband-to-be who is considering breaking up with his fiancé right before their wedding. After the introductory sequence, control switches to Stewart, a lab technician / guinea pig who is one of the subjects in the experiment.

Even though it’s coming up to Christmas, both characters have a pretty miserable time.

The Long Reach presents its story in fairly detailed two-dimensional pixel graphics, from a side-on view. The graphics themselves are mostly very good, but it should be said that they do sometimes look a little too blocky when you’re playing at 1920×1080 in full-screen mode. There are some great special effects, including lighting and fire, and the artists have done an impressive job overall. 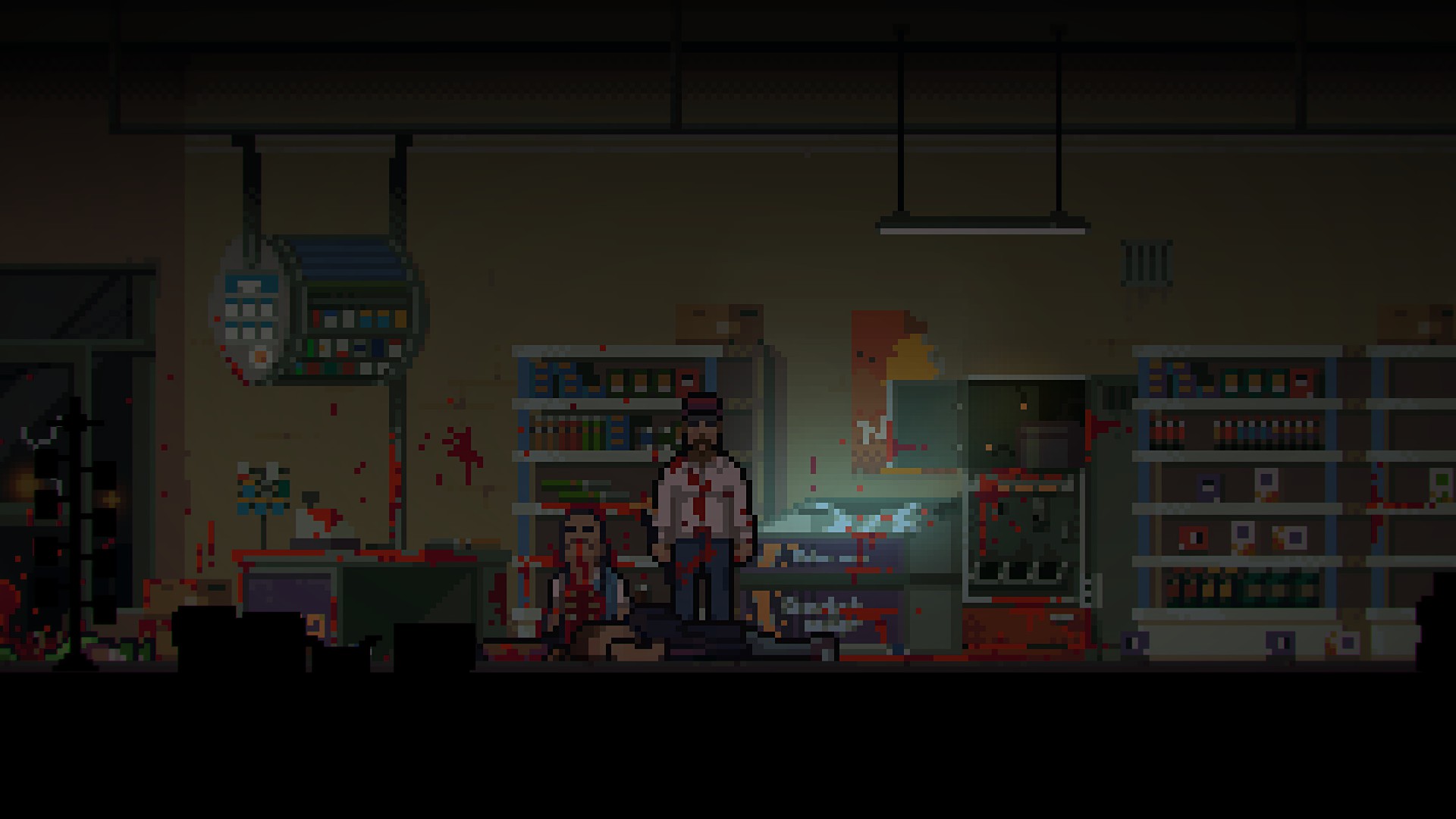 The on-screen interface is almost non-existent. There’s no mouse control, so no mouse pointer or interface icons outside of the inventory pane. Objects in the game world with which you can interact have a highlighted border that glows when you’re within range. A little text / status field at the bottom tells you what you’re looking at and also enables you to follow conversations and choose your responses, though even that seems a little messed up, as it’s in reverse chronological order — with the most recently spoken sentence at the top. It’s harder to use than it should be, but even then it’s simple enough that you shouldn’t have too many issues with it. 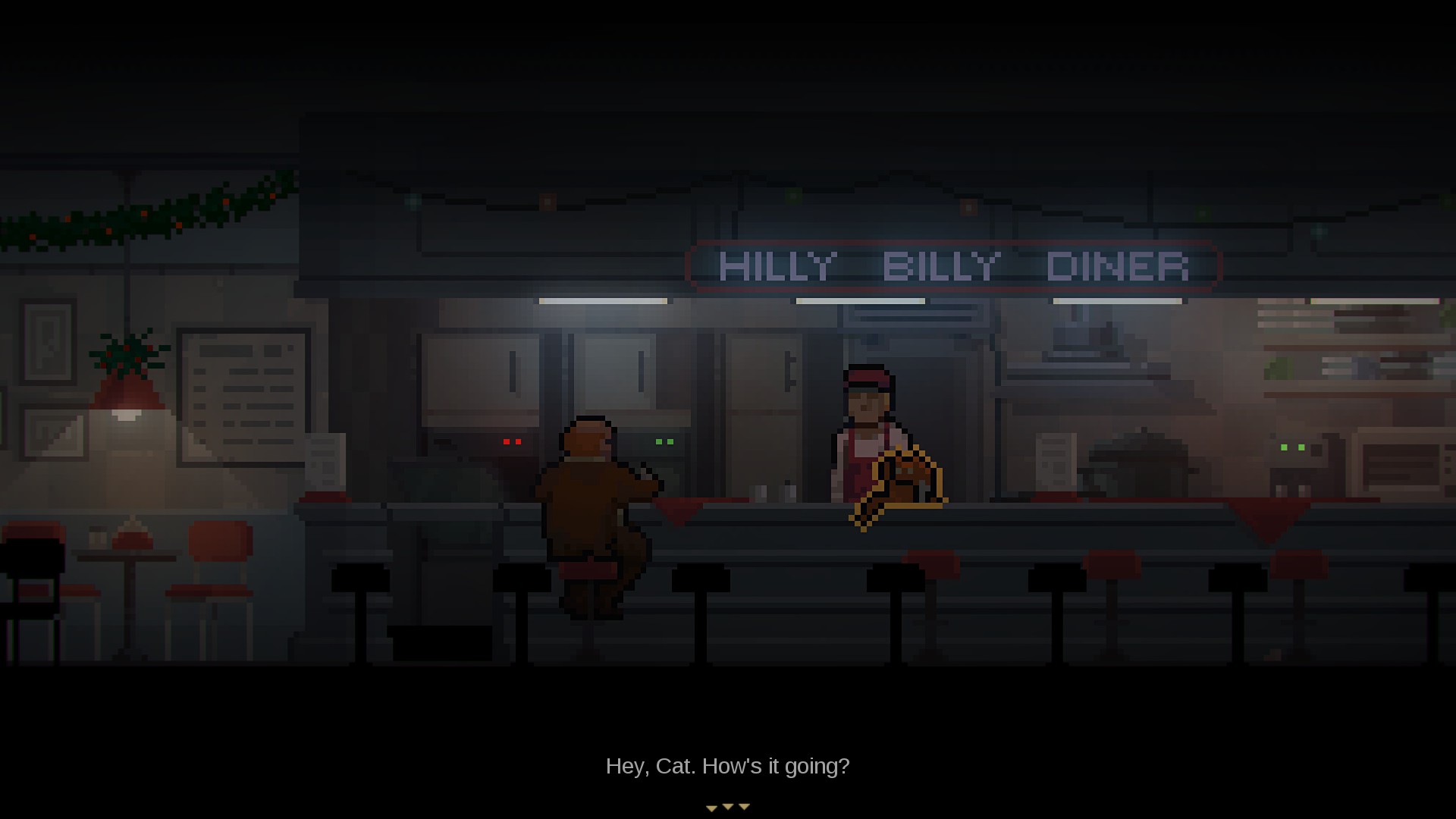 The music is one of the highlights of the game, with somewhat repetitive, though very good, thematic horror music that’s piano-heavy playing throughout. The dirge-like rendition of Jingle Bells is both darkly hilarious and very fitting. Sound effects are few and far between, but are well made and sound fine. There are no voices.

There are no options for graphical customisation, but I’d be surprised if any modern PC had trouble running the game.

The Long Reach plays like a traditional ‘old-skool’ 2D side-scrolling point-and-click adventure, only there’s no mouse support, so point and click actually becomes something more like move and press. No matter, though; the concept is the same: wander about picking up items and trying them on objects in the world, and something is bound to happen eventually. 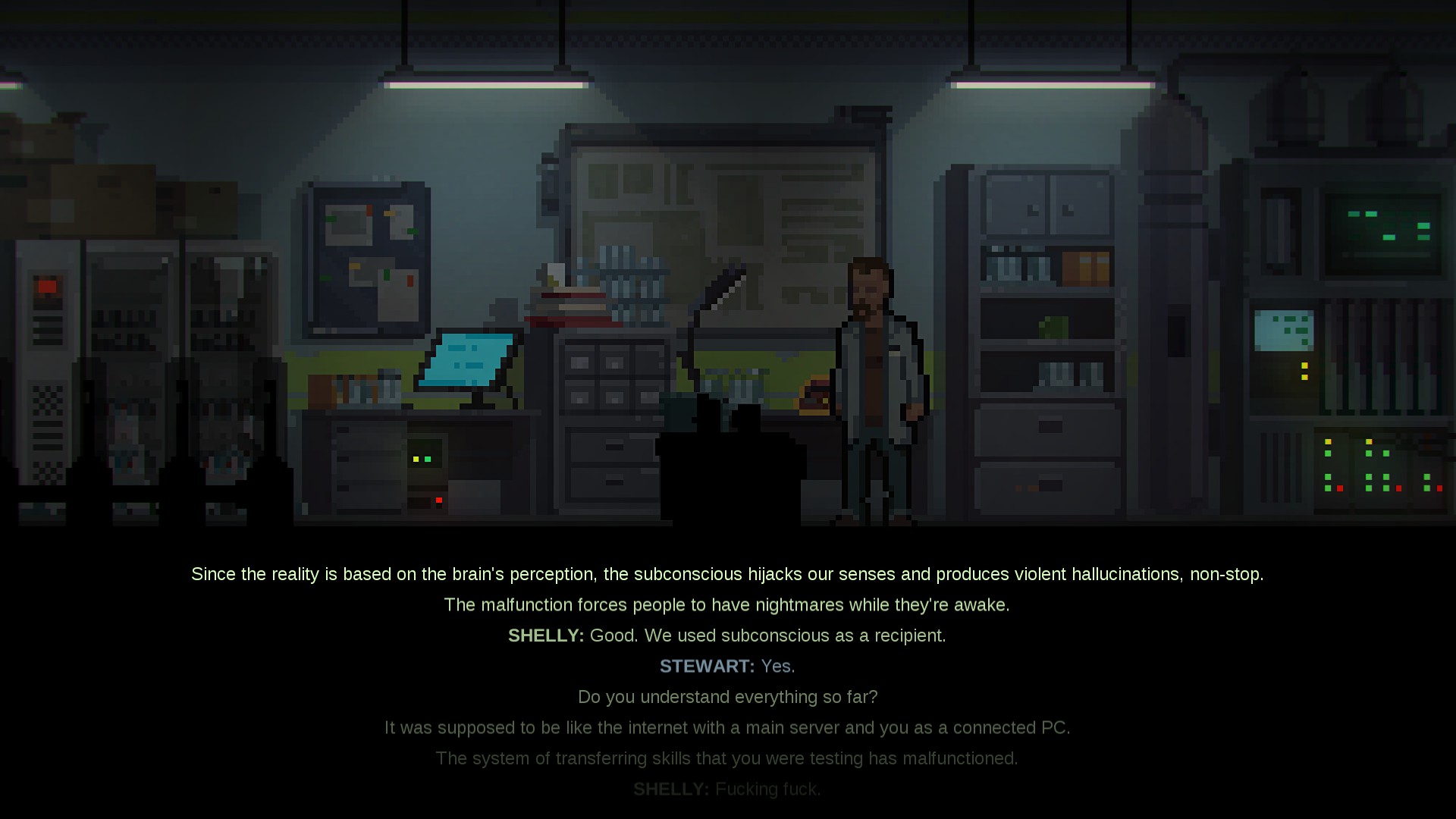 Unlike most adventure games, though, there’s no manual save option. Instead, when you quit the game you just have to hope that the developers happened to have a save point somewhere not too far in the past; if not then when you reload the game you’ll likely end up confused as to which parts have been saved and which haven’t, requiring even more unpleasant backtracking to ensure that you’ve done everything that you think you’ve done. 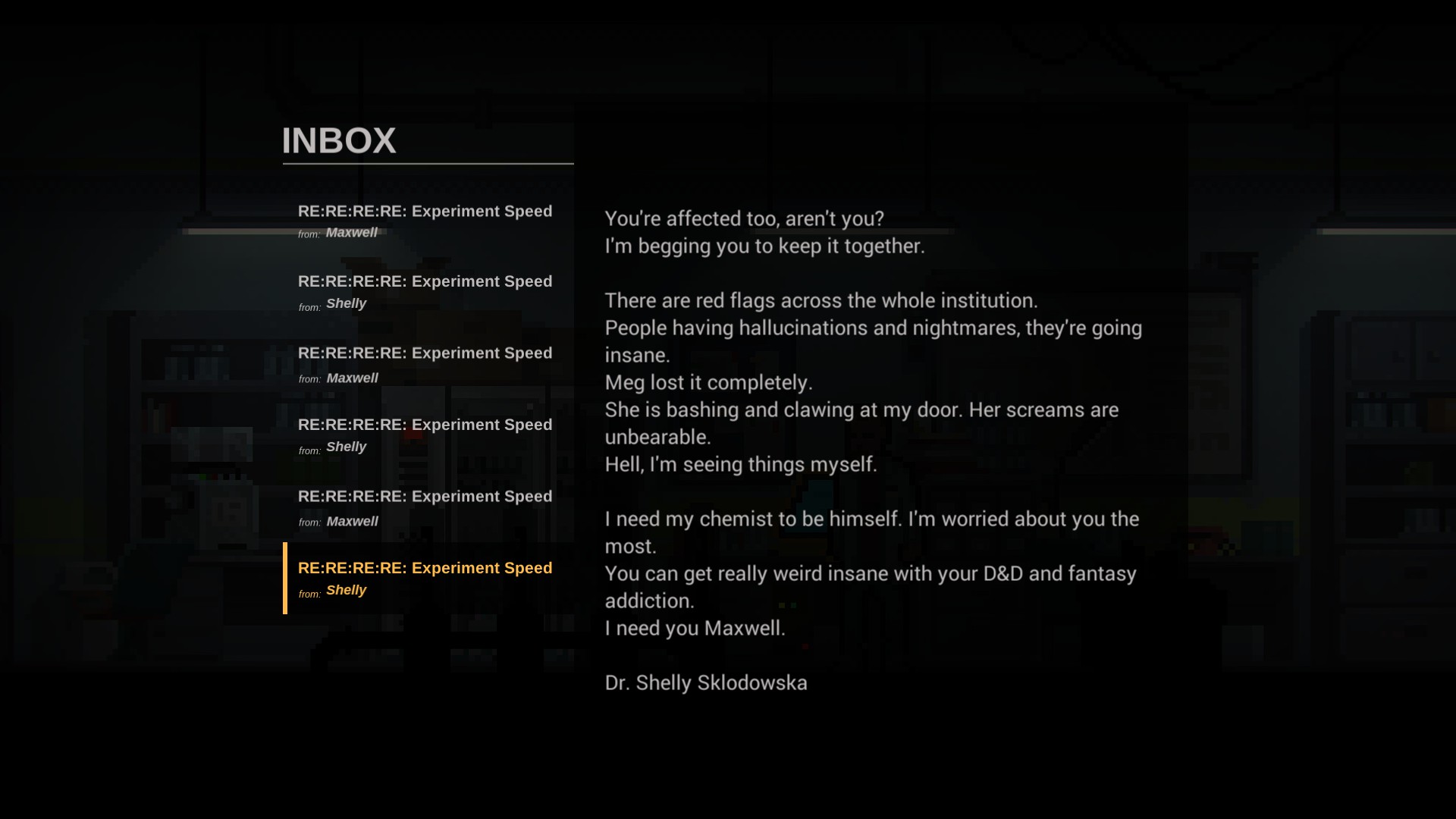 While the story starts out interesting, it isn’t really given the chance to go anywhere, and the game is finished before it’s really begun. If you can avoid the poor autosave functionality and play through in one sitting, and you either have a walkthrough or a mind that thinks in just the right way, I’d say you could finish the game in about 90 minutes. I took double that, but it certainly wasn’t out of any great enjoyment of the game; I ended up using a walkthrough because some of the puzzles were unintuitive or didn’t make sense, and I simply got sick of the backtracking. 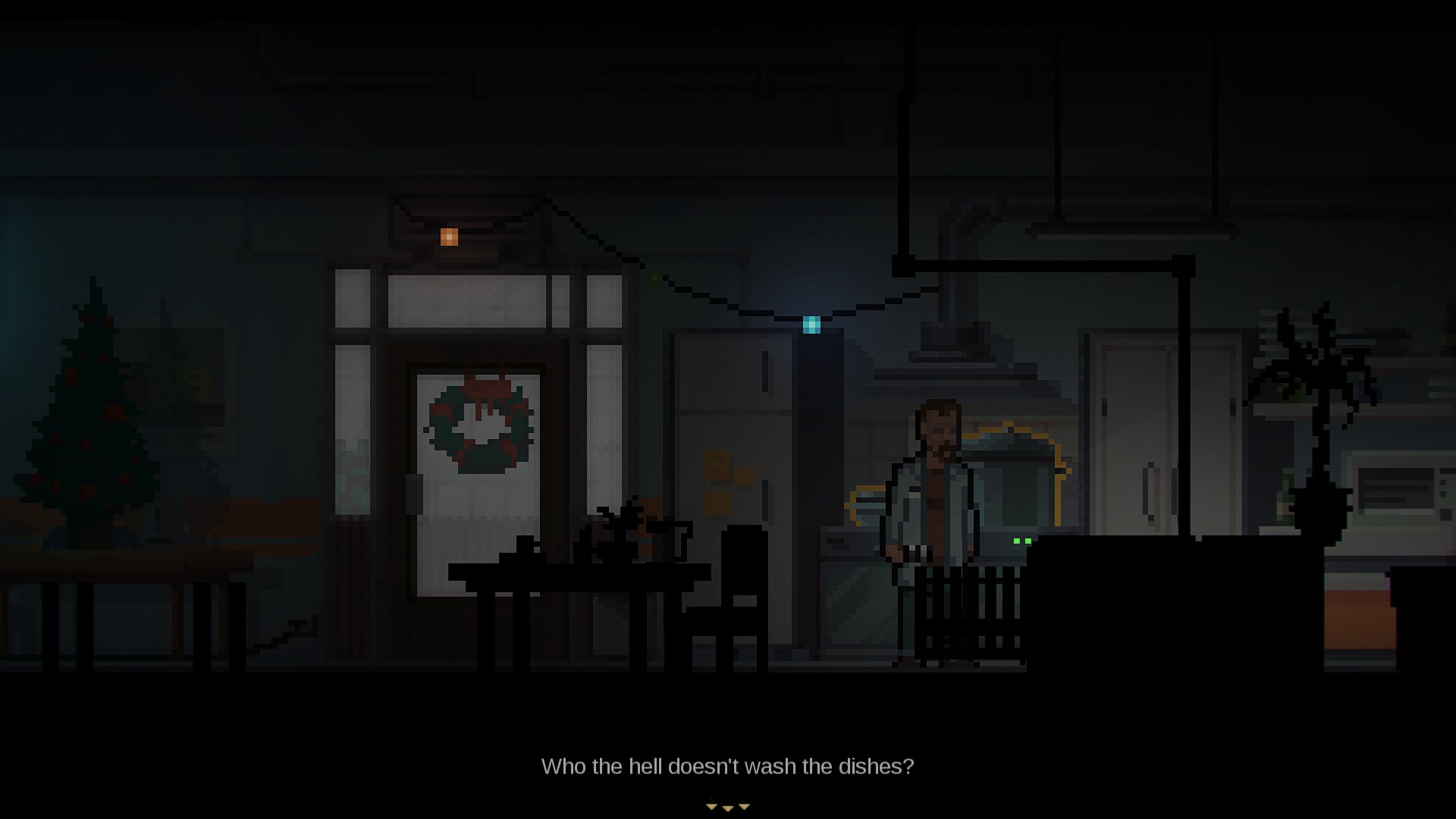 The script itself is a bit disappointing, too. Grammar-wise it’s much better than most indie games; I think I only noticed one or two typos, though there were a few odd turns of phrase presumably due to the translation to English. But the dialog largely seems unnatural, with unconvincing emotions and attitudes that just come off a bit too adolescent, as if it were originally written by a high-school student. Perhaps that’s the target audience, or maybe it’s because of the translation. Either way, it really didn’t appeal to me.

There’s also a weird bug where your character disappears sometimes. I had it happen twice. Once was fixed by reloading and the other just ‘came good’ again after hiding in a locker. This one isn’t a game breaker, but it is a bit annoying. 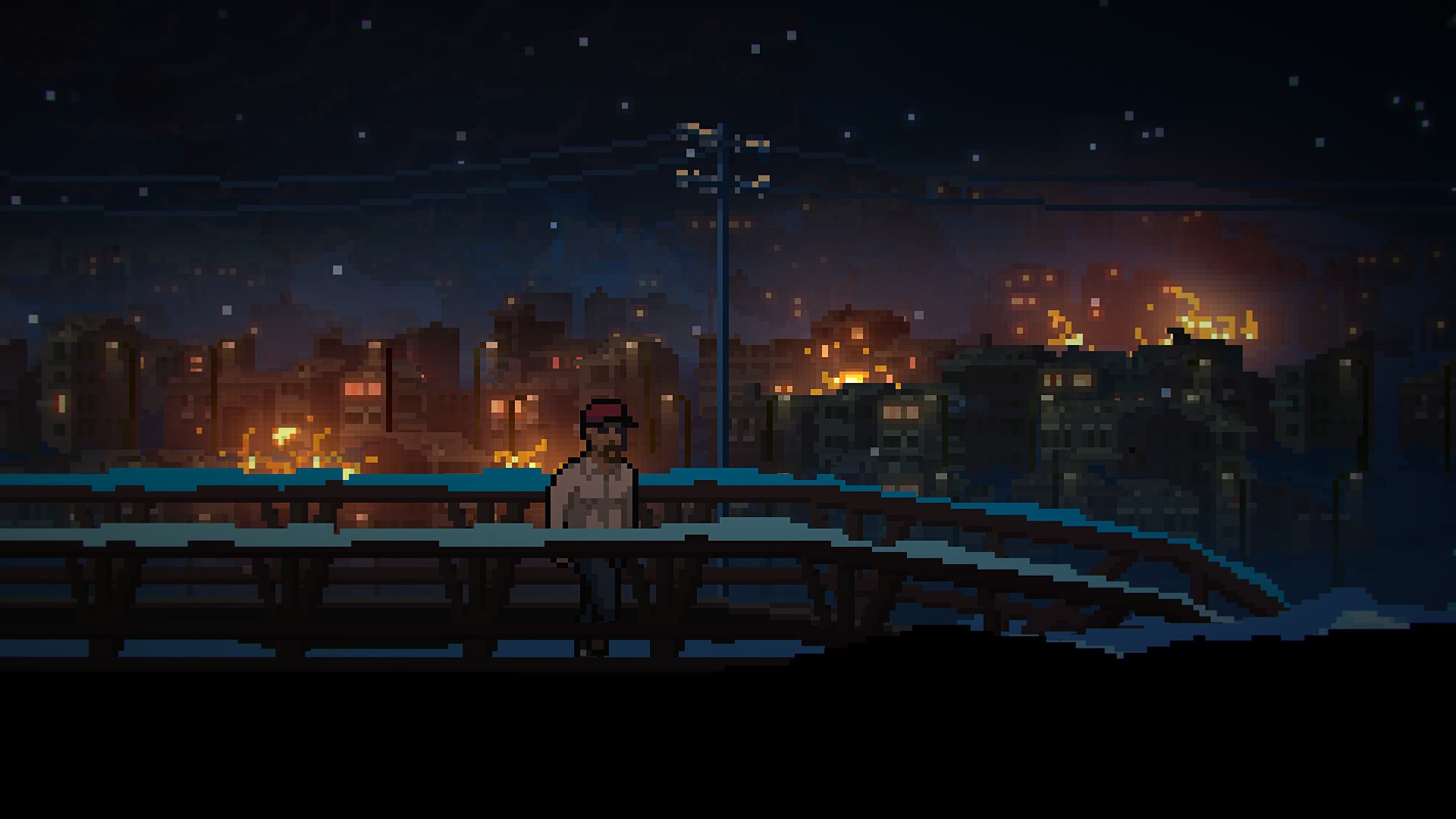 I was quite excited to try The Long Reach, but within less than an hour I was finding playing it a bit of a chore. Some of the puzzles are nonsensical, the backtracking extreme, the interface annoying, and the script a bit too adolescent. Ultimately I just didn’t find it very fun to play.

It’s a shame; the story is actually rather interesting, though it’s not given enough space and time to go anywhere. The lack of manual saving and an autosave that often leaves you having to backtrack and redo annoying puzzles would be enough for a thumbs-down by itself. It’s almost a mercy that the game is so short, but it’s too short for the asking price.

This one is for very patient die-hard adventure gamers only, I think, and even then maybe wait until it’s on sale.