War Tech Fighters is a fast paced, space combat game with customizable mechs and a lot of action that, even in its current Early Access state, already offers an impressive amount of content and has a good level of polish. Though far from perfect, it will surely make mech-game fans happy.

War Tech Fighters is a space combat game currently in Early Access on Steam. This game tells the tale of a desperate resistance against the evil Zatros Empire, where a rogue fleet of a few ships, fighters, and mechs takes on dangerous missions in order to destabilize the Empire’s military and strategic power and repel the invasion. You will impersonate Nathan, a War Tech pilot tasked with the most dangerous assignments, and along with your team you will have to face the full might of not only the Empire but Pirates, remnants of old conflicts, and nature itself.

War Tech Fighters has also recently been overhauled with a substantial update named “Black Sails”. In this update you will find many new weapons and types of modifications to upgrade your War Techs, a whole new chapter of missions to play in the Campaign, five new Challenge Missions, and the completely new Project System, with which you will be able to find hidden Project Parts during missions. Collecting these means unlocking special technologies, weapons and parts to use in battle. Other than this, the update also covers many problems and tweaks suggested by the Community either on Steam or the Forums which address eventual balance or mechanics issues that may have been present before the update.

General Gameplay
War Tech Fighters‘ gameplay is mission based: each stage has a definite beginning and an end, and is composed by various phases with each having a specific objective to complete. In between each phase there is often, but not always, a checkpoint from where to restart if defeated. The target of said missions can vary greatly, ranging from search and rescue, to escort, to enemy elimination, to retrieving a specific resource and bringing it to safety. Sometimes you will be followed by allied fighters, heavy ships or even other War Techs, while in other missions you will be on your own. You have the possibility to command your allies to attack specific targets or defend your position.

Gameplay is basically divided into two areas. The first one is the Mothership, where you will be able to upgrade your War Tech using the credits earned in missions (named M), and equip new Arms, Heads, Torsos, Legs, Swords and Shields, each having its own special passive proprieties and eventually weapons, ranging from simple projectile based cannons, to laser guns, to advanced antimatter technology. To unlock most of these parts you will have to Research them in the Research tree, or even find special blueprint parts hidden in each mission. Generally speaking, the Research tree is used to unlock progressively stronger passive bonuses, like Defense to projectiles, better damage to a specific gun category, better speed, etc. but is also used to research new parts.

The common factor between all upgrades and researches is that everything costs M credits, and a lot at that. So, replaying missions in the Simulator to earn extra credits might be a good idea since everything is very expensive.

The second part of the gameplay is the actual mission, which can not only be a Campaign mission, but also a Challenge mission, selected from a specific menu, or a Survival mission where you have to stand your ground against infinite enemies. 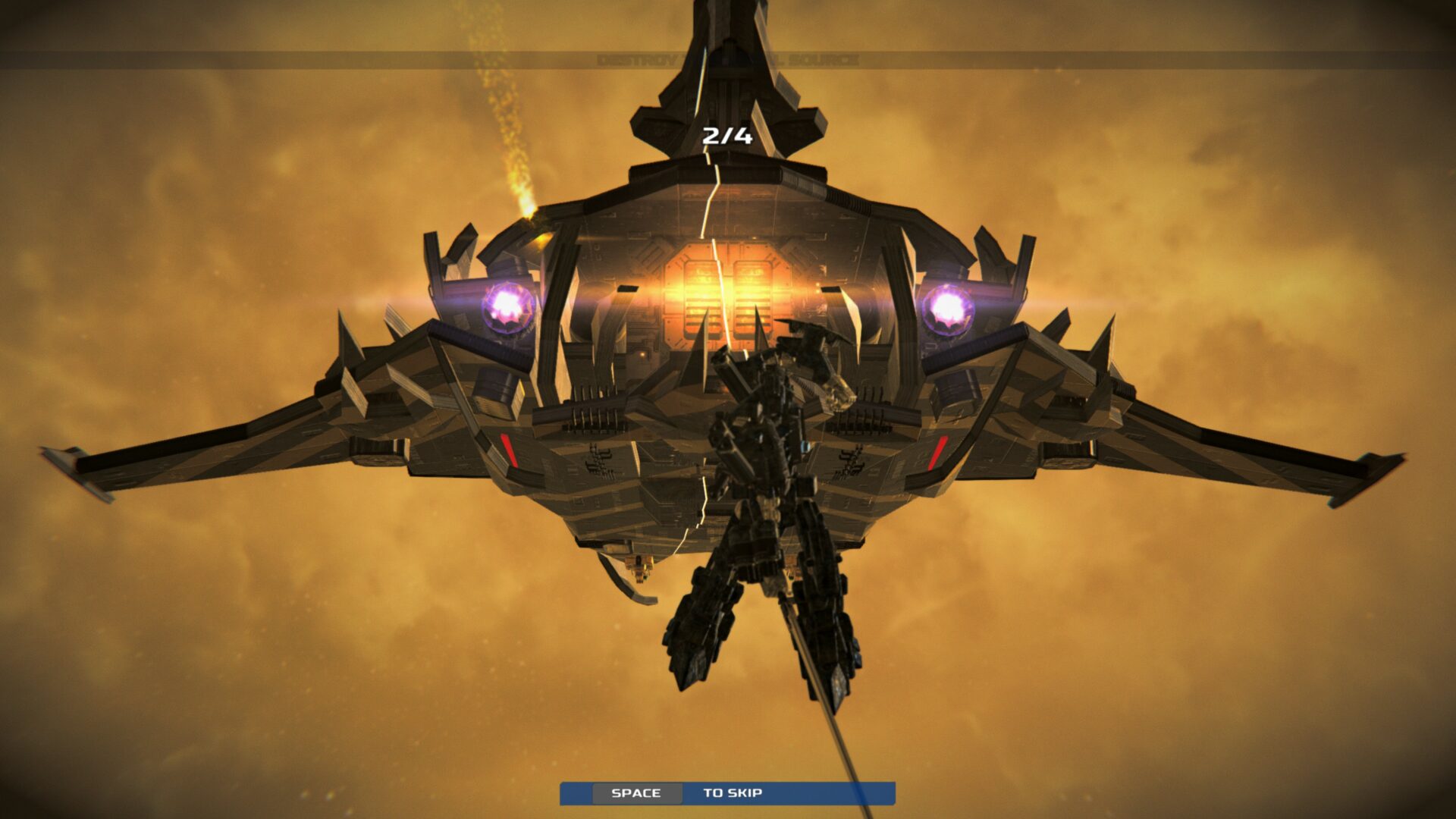 Combat System
Combat in War Tech Fighters is very fast paced and direct in approach. On your War Tech you will have 3 weapons at your disposal: Light Weapons, Heavy Weapons and Missiles. The first ones will provide low damage, but also low energy consumption and, on paper, are good against light targets. The second ones, heavy, are more expensive in terms of energy, have lower rate of fire, but higher range and much-improved damage: they should be used against heavy targets but in reality they are effective against everything, rendering Light weapons pretty much useless and redundant. Last we have missiles, with two targeting patterns, single enemy (all missiles on one target) or Multiple (missiles will spread equally between all targets in range) and are useful when facing a lot of enemies at one time.

Aside from the classic Ranged combat typical of space combat games, War Tech Fighters also features some unique twists, which are Melee Duels and Executions. Melee Duels happen when two War Tech Fighters meet up close and personal on the battlefield. In this case they will use their Swords and Shields in a completely different type of combat, where parrying at the right moment will disable your opponent temporarily, dodging with the right timing will lead to powerful counter-attacks, and generally reflexes and timing with sword slashes will be fundamental to win. Usually, duels are until death but sometimes one of the opponents will deplete energy and so retreat again at ranged distance.

Executions happen when any normal enemy (excluding War Techs and Capital Ships) is low on health and facing towards you. By pressing left and right mouse buttons together, an animation will take place, showing a spectacular execution depending on which type of enemy you are facing. There are 3-4 different animations per category of enemy (Light and Heavy ships). An execution will restore a good portion of your Health and Energy so doing a lot of them is fundamental for staying alive on the field.

You will also face Capital Ships and Starbases in your missions, these are especially tough enemies that will require targeting multiple weak spots in order to take them down, and can spawn multiple waves of enemies to defend themselves, in addition to already present fixed turrets.

This game also features a rather basic but practical Elemental Resistance system, with shields, armor pieces etc. each having their own weaknesses and resistances against specific forms of damage, and of course this applies also to enemies.

Content
I have not finished the game yet, but so far missions have been of a decent length and challenge, plus Challenge Scenarios and Survival Mode, well for an early access game there is already quite a bit of content, but we will have to wait the final version to make a definitive verdict on this aspect.

Balancing
Aside from Light Attacks being completely useless, I did not find any particular balance issues with the game. Some scenarios early on can be quite hard ,even on Normal Difficulty, because of the raw DPS enemies can pull off in certain situations, but nothing so far has been unmanageable. I think there is a good balance all around. Well, maybe Capital Ships could be a bit better because their defenses go down way too easy, but for the rest it is  pretty good job of balancing.

Challenge
On normal, the game is challenging enough while on Hard it becomes quite difficult, it’s just a matter of DPS really. On Hard you will just have to keep your shield up a lot and kite the enemy around a lot more, but generally the challenge is acceptable and not unbalanced or unfair. 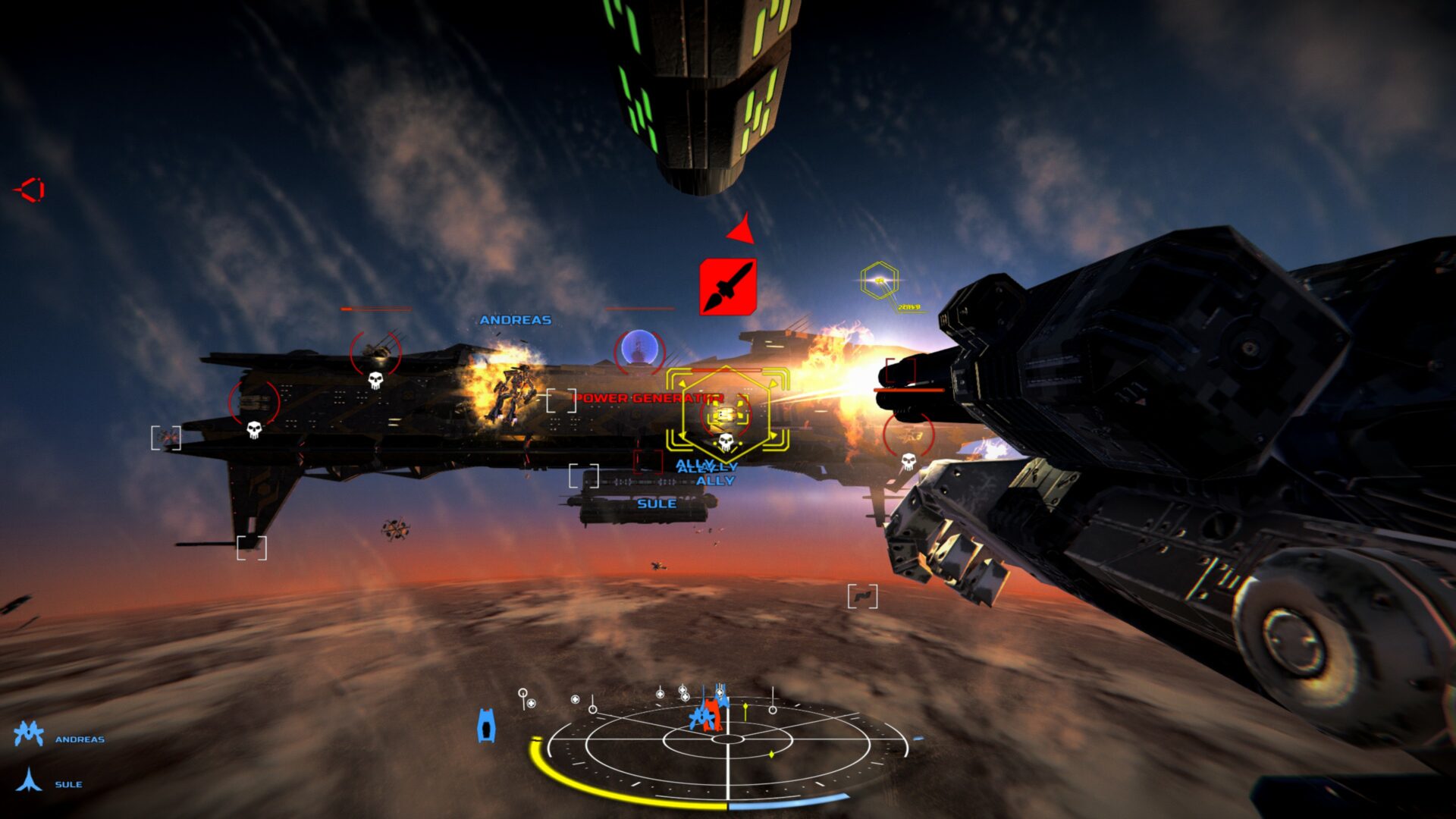 Graphics
Overall, the graphics are not very good considering this is 2018. Textures and models are decent but nowhere near the quality standards expected nowadays. There is an absence of modern effects and shader and graphics look like something from several years ago.  Do not expect something impressive on this side.

Sound
The soundtrack is good, metal, very adrenaline-pumping, and it goes well with the game’s pacing. Sound effects are also decent enough but nothing spectacular.

Performance
After Execution animations and also in certain sections, performance drops considerably, going even under 20 fps in some cases. I do not know why this happens, but especially after Executions there are time-frames of 3-5 seconds where you will get a very bad framerate. This can also happen when reaching an objective, but in more rare cases. More optimization work is needed.

AI
Enemy AI is nothing special and follows a simple “follow and attack” pattern.

Quality of Life
Menus, UI and controls are generally good. Some missions, however, have very questionable checkpoint positioning, having you to make your way again through large level sections while in other levels this does not happen.

Bugs / Issues
I have not noticed any severe bugs to report. 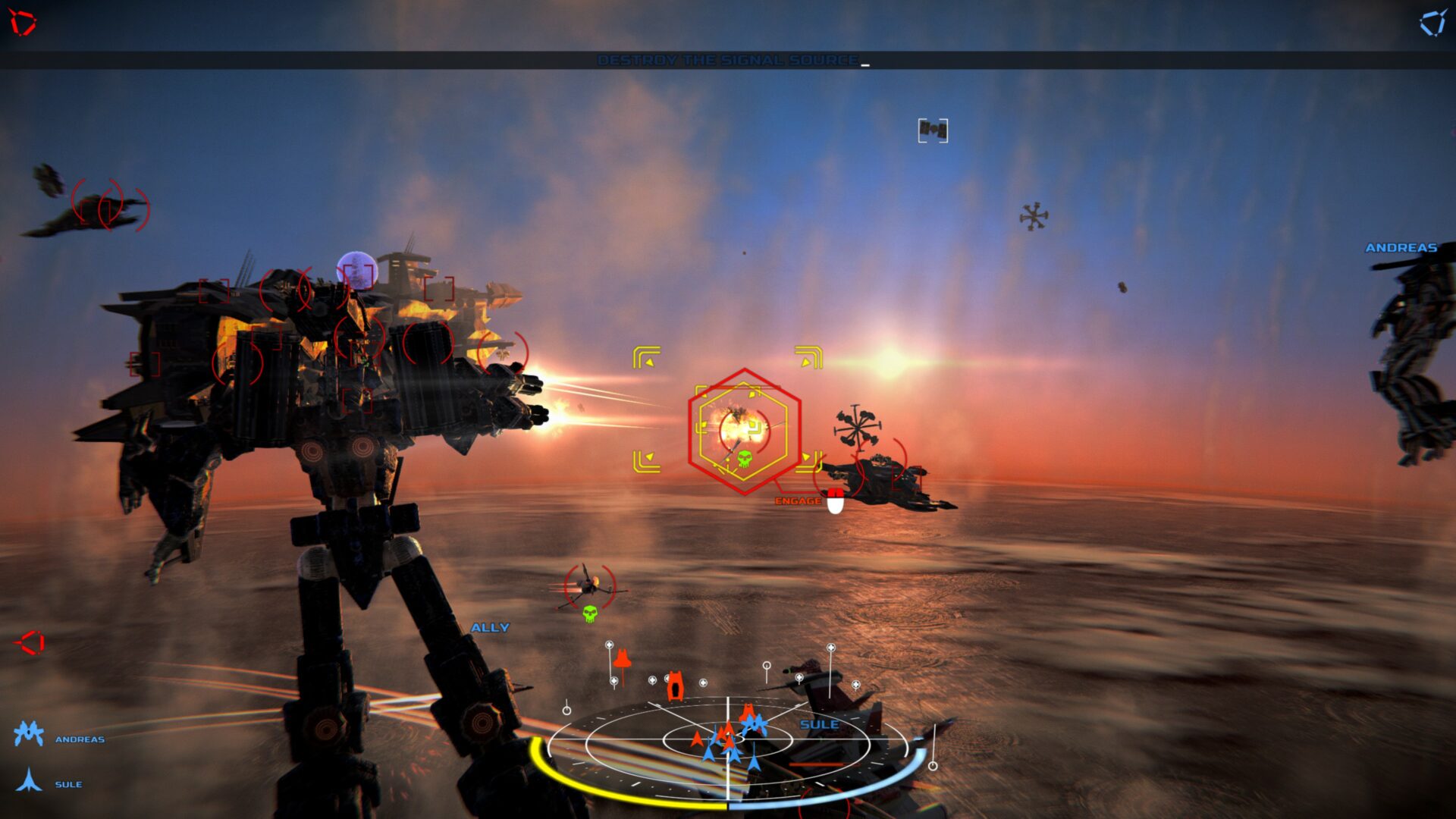 War Tech Fighters is definitely a game to keep your eyes on. It may not be pretty, but damn it is fun. It is also a very close match to the Armored Core series, which we cannot get on PC, so if you are looking for games like that this will probably satisfy you.