REVIEW: Play With Me

Hey man, why don’t we just play some board games.

With a new Saw movie being released for the first time in seven years, you gotta get some life threatening puzzle solving somewhere. The official Saw games do not do it justice but what about Saw inspired games?

We come into the picture right as our protagonist, Robert Hawk, get kidnapped and put into a dark room. Still fresh from his car accident, or perhaps it was planned all along, this investigative journalist now has to go through puzzles made by the very man he was chasing, Illusion. Robert must be close to identifying Illusion if he was put in one of his puzzles to die, rather than a criminal that evaded being jailed. If Illusion made one mistake, it would be putting a journalist specifically trying to find out who they are, right in the same building.

It may look like you are alone as you transverse each room by yourself, but there are two others in here with you. Patrick Clark, your friend that is working on the Illusion case as well, and your wife Sara. Around the first couple of rooms you will get a choice pertaining to them and that will affect what happens afterwards. Some phone calls you may or may not get, depending on your choices, and the ending will change. There are a total of five endings, with one being a secret ending. 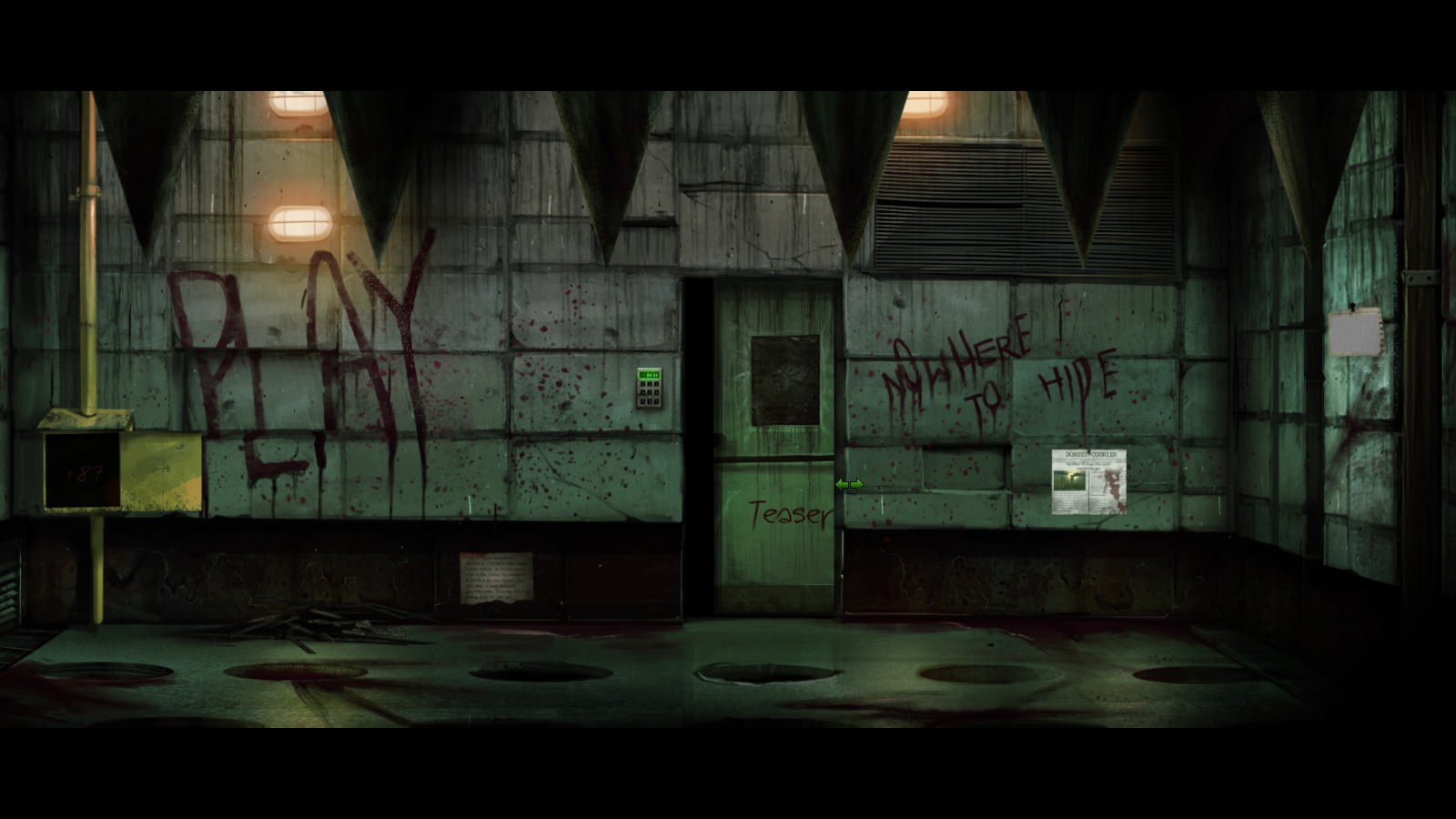 If you ever played escape the room games, this is similar but with multiple rooms hosting one or two puzzles each rather than one that has multiple. Each room is locked until you get the door’s code to continue onwards. This will usually be either a set of numbers, words, or a combination of numbers and letters. It does get a little too similar towards the end, especially when most of it is just written on the wall. But there are some generally unique ones, that mostly include the real world, such as one that has you physically looking at the image far away to get it. By far, the best ones were the ones that used the room’s theme to its advantage, which seem to also be the hardest ones to solve. Even though this was the most despised puzzle when I first played, the crossword room has to be my favorite of the few that uses the room as the puzzle. Though I do think it could have used some kind of hint, it would have definitely killed me.

You will certainly encounter some that will stump you and once you actually figure it out, or just look it up, you will feel quite stupid for not realizing it sooner. With confession notes present in some rooms which reveal how people died, I do wonder how they didn’t solve arguably easy puzzles that resided in the same rooms.

In addition to puzzles that have you do or use something in the real world, there is also an addition of using a mic. However, there generally isn’t that much use other than being able to blow out the light made by matches. So really, it is just an animation of putting away a match to mirror the action of you lighting it rather than just right clicking to deselect it. 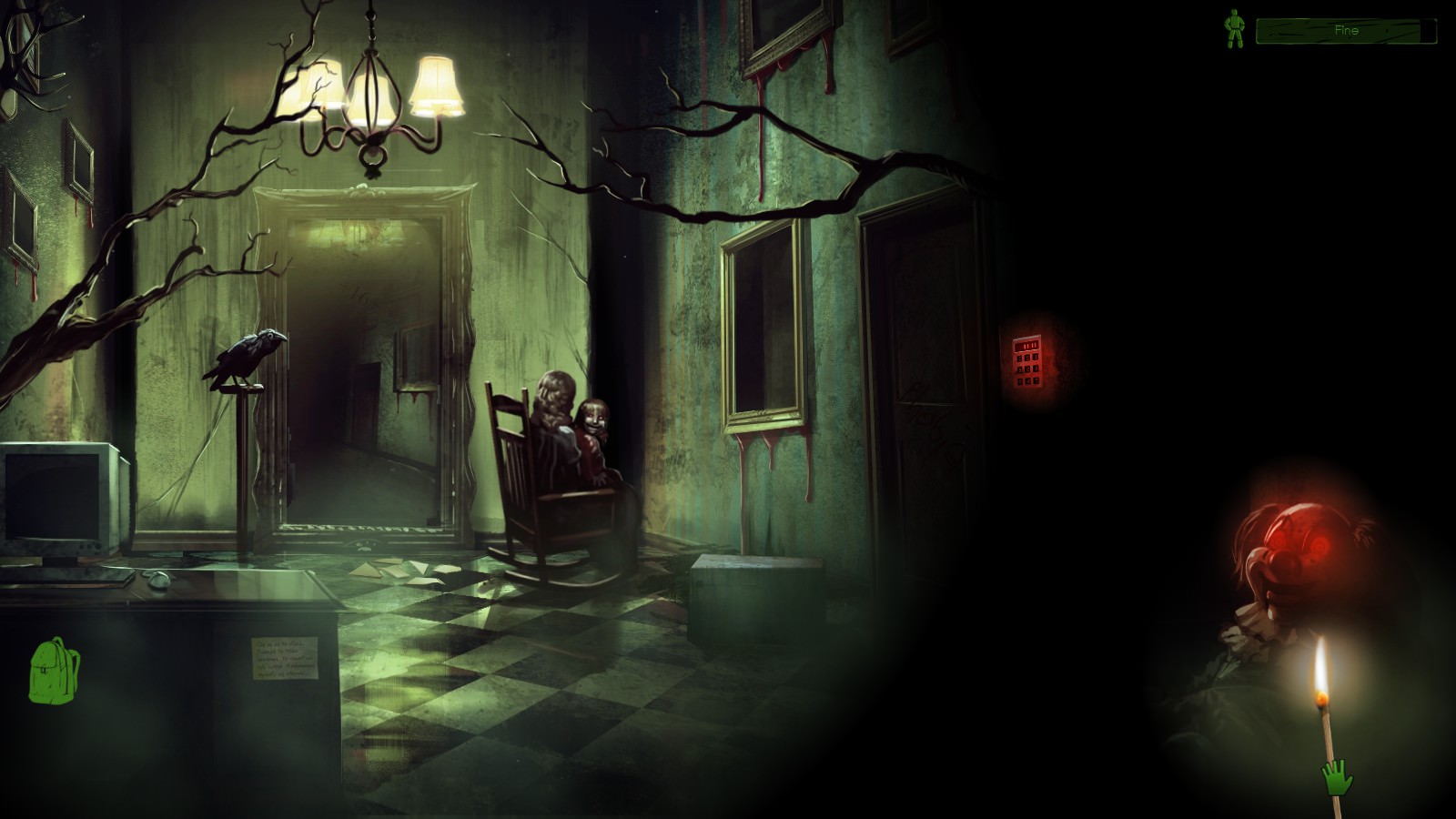 There are also consumables that are directly tied to items that help you along your journey. As you use items that require batteries more and more, such as your phone, you will see that it will deplete. Granted, every so often you will get replacements that allow you to keep it in service, mostly because some puzzles do require it. Unless you are using them a lot, though, you will often find yourself only needing just one battery throughout. You will also notice that there is a status bar on the top right corner of the screen pertaining to what Robert feels like. Sooner or later, this will catch up to you and eventually will kill you so it does keep you on a time limit, hoping to get to the next antidote vial. Be sure to keep an eye on it as Robert does not say anything that has to do with that status. I, personally, did pick up way too many but it will help those that get stumped and have to be stuck in a room for a while. Make sure to not use them right away.

Of course, once you get through a puzzle-centric game, the puzzles become a lot more trivial than your first run-through. There might be some instances where you forget what you had to do, but the time spent on each room drastically decreases. However, each playthrough will not wield the same answers to each room. There is a level of randomization when you start up a new game that will mix up what words, numbers, or symbols you will receive so while you know what you have to do, you still have to do it. This helps in not having each replay just being inputting the same codes over and over till you get all endings.

The only thing that did take me out was the voice acting that could have been better. It feels as though everyone was trying too hard and there are some pronunciations that can just jump out as being wrong. But the music does go with the setting of going through puzzles that can forever trap you in the room if it does not get solved.

I would have to say that the visuals are very well put together. Each room looks unique when compared to the others and give off a creepy vibe which helps plus the lighting does seem realistic. And on the subject of the lighting, if the constant light flickering does bother you, you can disable it. The only problem I really had was that some numbers looked the same. 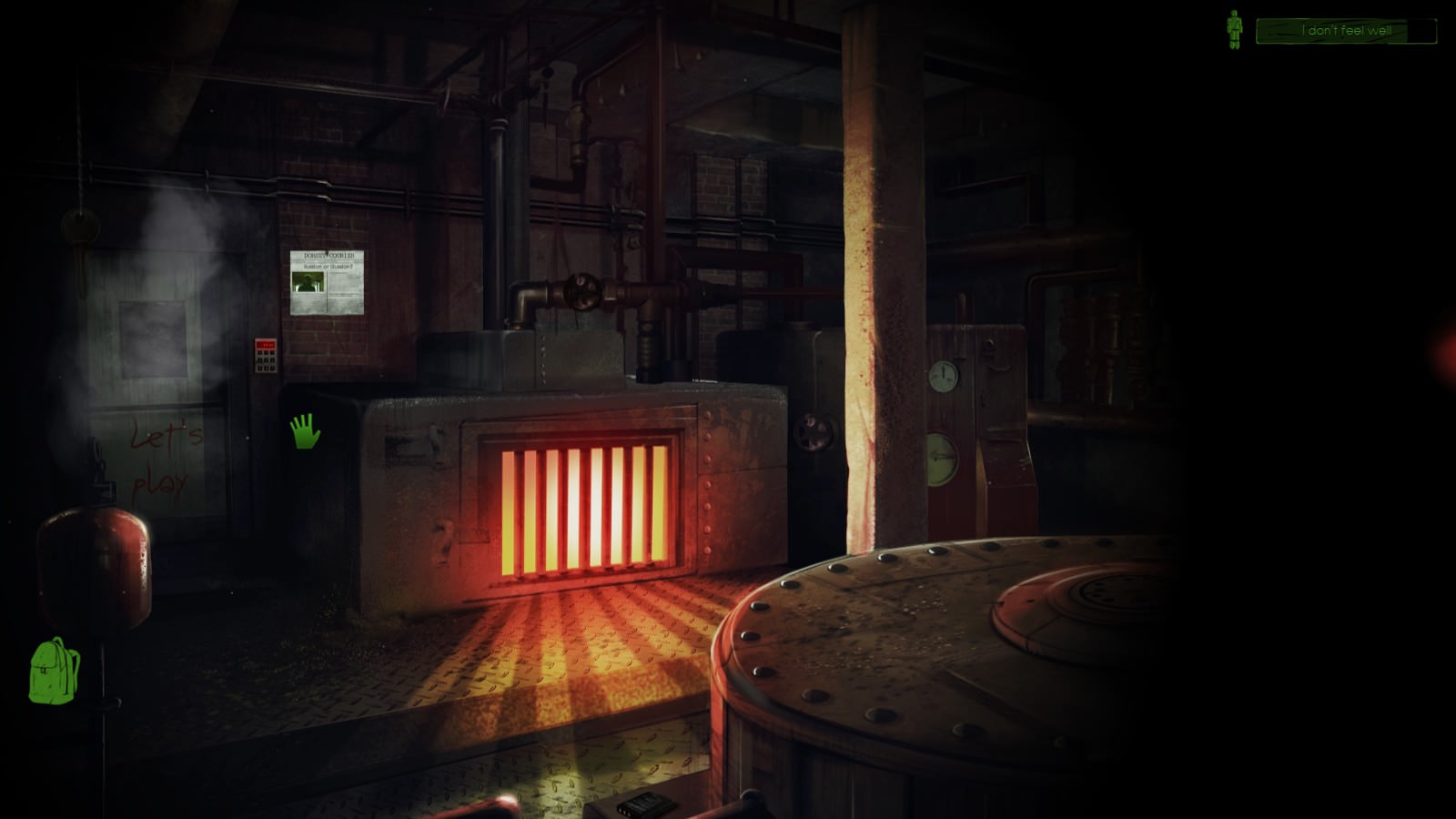 Play With Me was overall an interesting experience. While the story is just passable, and the ending does not exactly make sense unless you pick up on all the small clues and think on how they are connected, with nothing that you would remember per se, there are some interesting puzzles. There could honestly be more variety between each puzzle so that all would not amount to the same result (combining numbers and/or letters in order), but overall it was good. If you are thirsty for more puzzle games, and possibly just want to play Saw-inspired games, consider this game. It may not be great, but it will challenge your mind.