Synthetik is wonderfully crafted top down roguelike shooter that is one of the best I’ve seen in ages. At its price point it offers a ton of content, and will grant dozens of hours of fun to the lovers of this sub-genre. A must buy.

Synthetik is a fast paced top down roguelike shooter, playable either solo or with in a two player co-op. It emphasizes the main traits of this genre, aka bullet evading, upgrading, and being accurate with limited resources while clearing levels. It is a very good example of how roguelike games should be made, as it involves deep, long, satisfactory character progression across four classes, a ton of weapons and items, upgrade systems, and even team skill sharing for advanced strategies. Definitely, an ode to top down shooters like I’ve haven’t seen in years.

General Gameplay
The gameplay of Synthetik is a very deep and multi-faceted one that includes many different elements. First of all, you have the main menu where you will be able to choose one of the four available classes (Rogue, Guardian, Commando, Specialist), each having 20 levels of progressions, the same number of passive skills to unlock, and unique, and class specific active items to define unique play styles to each class. You have three slots where to put your Passives and three for Active items. One of the Passive slots is a Team Slot that will allow you to share one of your Passives with your eventual teammate, allowing players to create synergies between classes. You will also be able to equip a starting weapon, one of five pistols, four common and one class specific for each class. Better active items and better starting weapons are unlocked via Data, the game’s “permanent” currency that remains after death and is either found or rewarded at the end of each run whereas Passive abilities are unlocked with class levels.

One of the most staggering features of Synthetik is the sheer number of Weapons and Items, really there are quite a lot of them, each different in some way. They range from RPG’s to LMG’s, laser guns to futuristic Ion projectors, or items such as trans-dimensional plasma birds that wreak havoc among enemies to robot summoners for shield-granting sacred rosaries. Each one of them is upgradeable at specific stations, increasing their effects. Weapons can also be modded with accessories you can find inside with Upgrade Packages: laser sights, compensators, better magazines, piercing ammo, it is all yours to take.

Enemy variety is also very good as every four levels the Biome changes (if you can beat the boss!) and with these changes, completely new enemies come in, having different attack patterns and Ranks, ranging from the common Normal enemies to the fearsome Legion Elite rank enemies that will strike fear in even well armed players. Synthetik also features Quests and Events, triggered either by specific Facilities or Crates, or other environmental factors. These quests and events will usually have a goal in mind that once completed reward the player with such things as Defense, Bounty Hunting, Hacking a facility, and more.

If all this is not enough, there is MORE. A modular Difficulty System with modifiers making the game even harder and more complex is available, each of these modifiers not only raises the difficulty but also the EXP rewards! 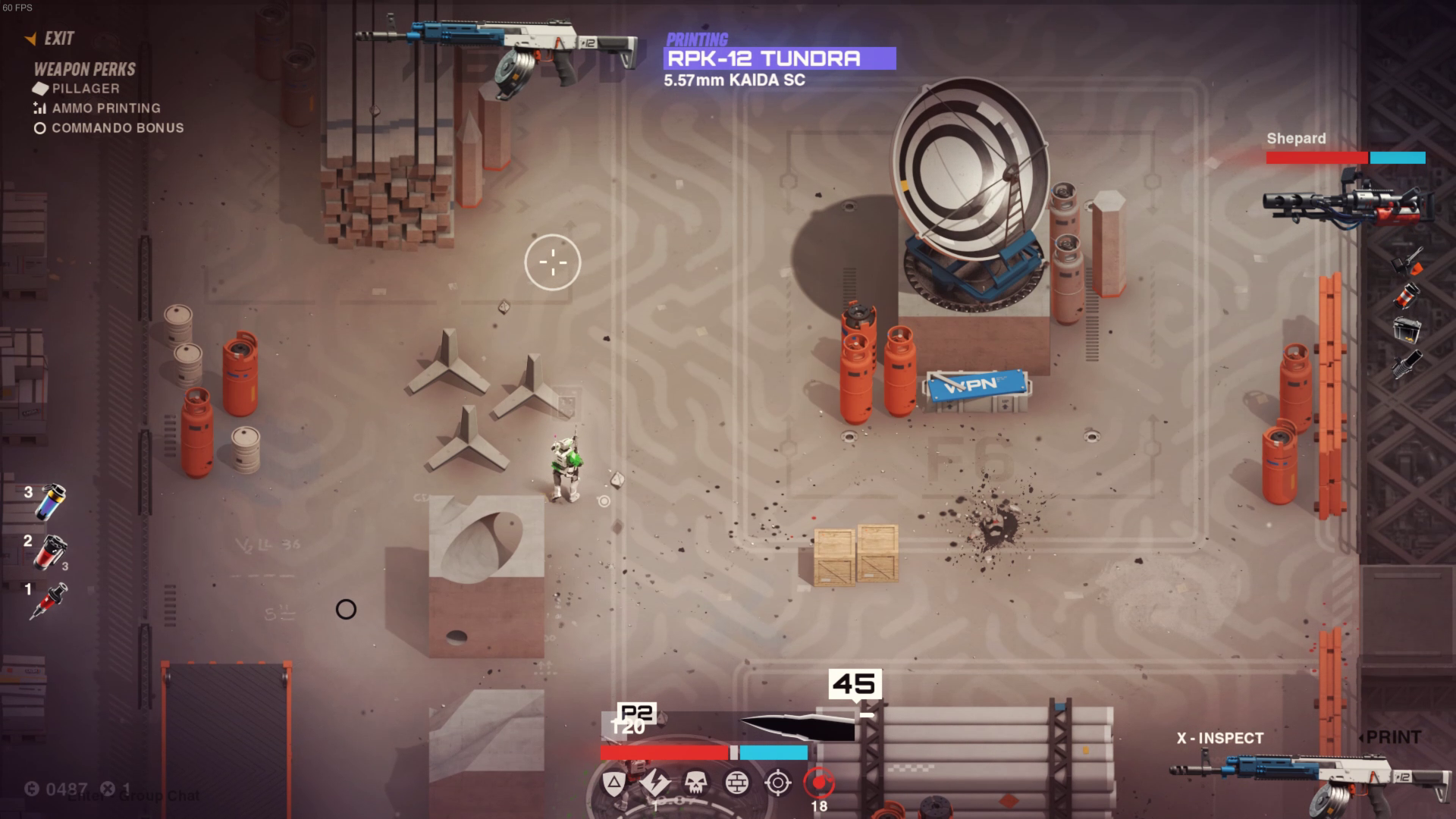 Combat System
Combat in Synthetik is fast, brutal, and unforgiving. One misstep and you are dead. Aiming is done via a classic top-down view and our android character has two bars, Health And Shield, the first can be regained via passive regeneration (if you get the upgrade), Medical Crates or healing Active Items, while Shield recharges over time and will generally deflect a few bullets (at the start), but can become much more powerful with the right items. Generally, you will be put against overwhelming forces with each enemy causing a LOT of damage. Make head shots and critical hits as you can. One of the peculiar mechanics is how to reload your weapon: press E to eject the magazine (and all the ammo still in it will be lost!) then R to reload, a bar will appear near your character, and if you time the moving cursor right you will perform an Active Reload, granting reduced reload time and also other bonuses depending on your class and traits.

There is friendly fire in co op, you can kill your teammates so watch out. Each weapon has different statistics and managing recoil is fundamental in being effective. Also, the Overheat mechanic is present. It means you cannot shoot too many bullets consecutively or else you will start taking damage. Each weapon also can spawn with Special Ammo, ranging from explosive to acid to incendiary to plasma, and once you get that ammo you unlock it for all weapons supporting it in future sessions.

Content
A run to the Heart can take 45 to 90 minutes as stated from the Developers. Maxing out all classes to level 20, and getting to global rank 100 to unlock all the passives? Oh well that will take, by an estimate, more than 100-120 hours for sure. This is not a game for casuals.

Balancing
Some items I found to be a bit too overpowered (Yes I’m looking at you summonable guardian!) but in general I feel the balance is fine and the game provides a fair but intense challenge.

Challenge
The challenge depends on the modular difficulty system and also your luck. Want all difficulty modifiers on? It’s HELL ON EARTH. Unlucky? EVEN MORE HELL. There is a half skill and half luck factor in this game, like in most roguelikes anyway. It is fair and that is what matters. 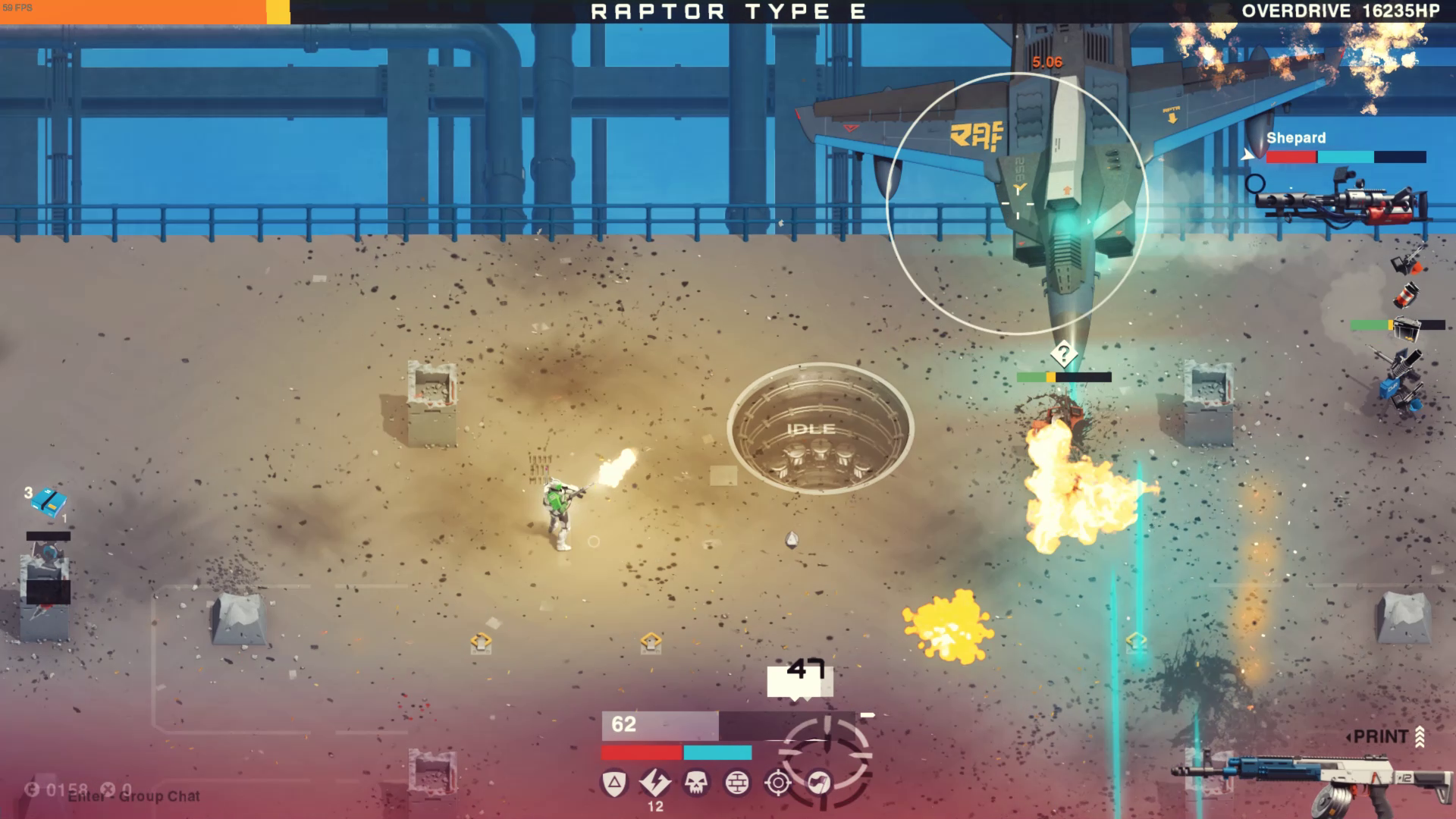 Graphics
Visually, Synthetik really pleases the eye with a rather unique graphics style. It’s very clean and retro-inspired, but still modern for the concerns of effects and definition models. Here is what I saw: beautiful explosions, sparks from ricocheting bullets, and debris flying all over the place from destroyed enemies and staying there as it created plains of destruction on the battlefield. There is an appreciable quality of weapon models, enemy models, and environments in general. Synthetik is definitely one of those games that modernize “retro” top down graphics styles in the right way.

Sound
The soundtrack is coherent with the cyberpunk environment, and is also pretty damn good at that. Sound effects are good as well and help to have the feel of each fired bullet: hit, headshot, ricochet, explosion. A very good job in the audio compartment.

Performance
There are some issues here: in some levels, for unexplained reasons, the game seems to have heavy stuttering, skipping frames consistently every few seconds, impairing the gameplay, this problem will always solve itself when the level is cleared and transitioning to the next. In certain situations when many enemies are present, frame drops are possible, but quite rare.

Stability
This game has quite severe stability issues. Even if with the latest patches this has improved, still there will be crashes during game sessions in multiplayer, and a crash means the end of the session for both players. Much needs to be done to address crashe and, this review will be updated if crashes are completely fixed.

AI
Enemy AI is of the basic “follow and attack” type, typical of top down shooters. Some enemies will have unique attack patterns involving, for example, teleporting around, but generally they will follow players and attack them. There is nothing special about AI.

Quality of Life
Menus are generally good and do the job well. The item hotkeys ingame ranging from 1 to 9 could be reworked as in a fast paced game like this pressing for example the 9 key while in combat is quite uncomfortable, this has been considered by the devs and will be updated if rewworked.

Bugs / Issues
I have found no major bugs worth mentioning. 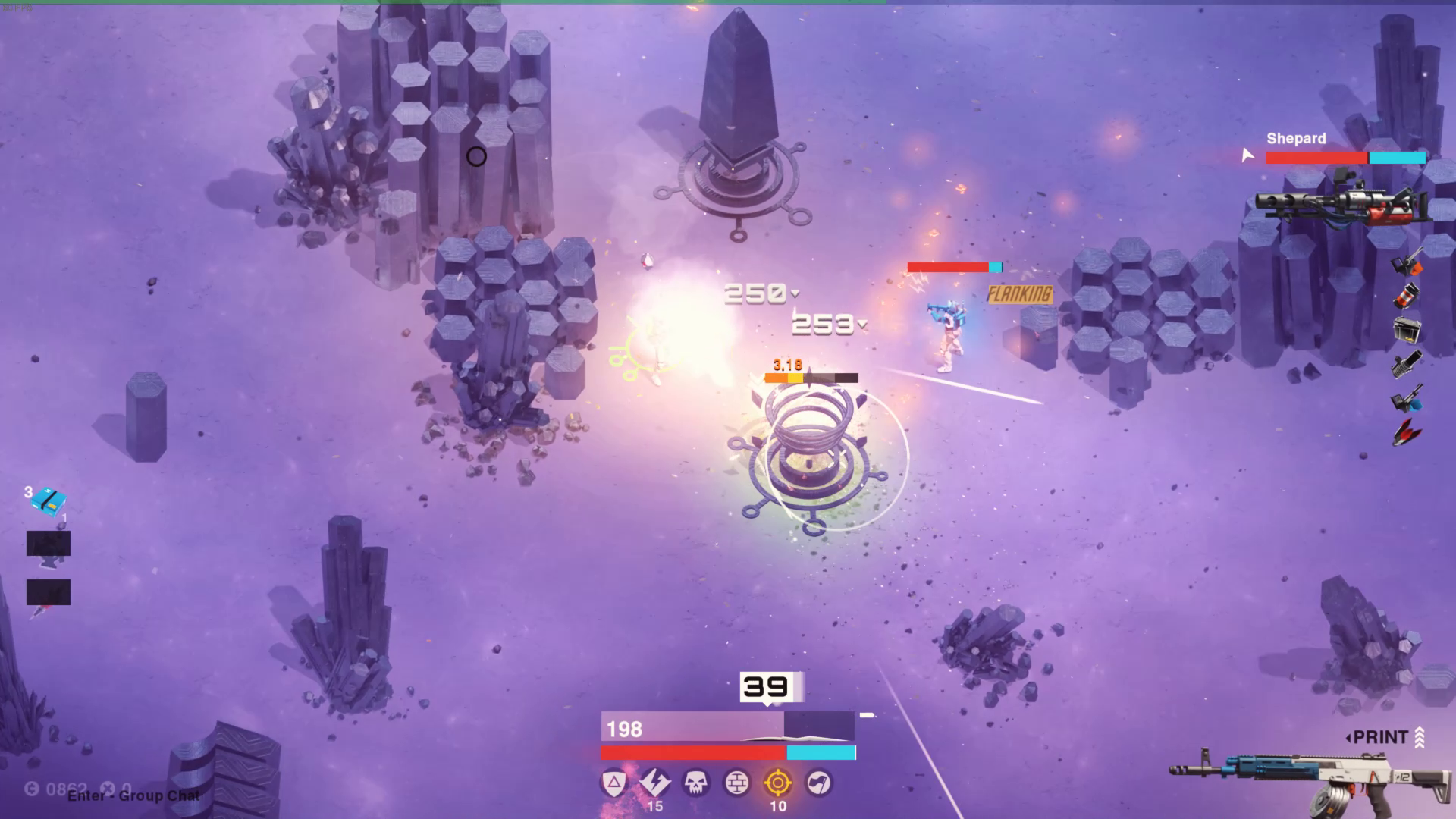 Synthetik is surely a wonder and hidden gem of 2018. It is one of the best roguelike games that to come out in YEARS, even comparable to the highest ones of the genre like The Binding of Isaac. Truly, this game is a masterpiece of the genre. It really deserves to be played and for $14.99 it’s a steal.