Legrand Legacy is a new JRPG that does a lot of things right and introduces some fun new mechanics to the combat.  Let’s take a closer look.

Legrand Legacy is a turn-based squad JRPG taking place in the lands of, you guessed it, Legrand. It tells the tale of Finn, a young slave freed from imprisonment by the mysterious Master Geddo, and appointed as his bodyguard for reasons yet unknown.  Finn will have to travel the perilous deserts and mountain ranges of Legrand in order to know more about himself and the events Geddo set in motion by liberating him along with many friends he will meet along the journey. Legrand Legacy takes all the distinctive elements of JRPGs, both classic and modern ones, and also tries to differentiate the gameplay by implementing fresh, experimental mechanics to the combat.

Gameplay within Legrand Legacy fully takes inspiration from the classics of squad-based JRPGs, such as Final Fantasy and other similar games. The game world is divided in sectors all placed on a completely explorable World Map, while each area is divided in smaller sub-areas filled with enemies, environmental hazards, treasure and also puzzles. There are Cities safe zones that are often divided into quarters full of NPCs which you can talk to and unlock side quests or hidden rewards. The interaction with NPCs will often be limited to a single line of dialogue except for important ones which is typical for the genre. The title also wants to keep itself modern by adding more recent mechanics such as a Crafting System and Material System, so mobs will not be hunted solely for the sake of the grind but also for materials useful in crafting weapons and equipment. The exploration of both Cities and Dungeon Areas is quite linear and, honestly, could have done with more intricate map designs, but it still keeps exploration at a decent level. The variety of weapons and equipment is also decent with crafting included and you won’t be changing equipment as often as some other JRPGs.

Legrand Legacy uses combat as a spearhead to differentiate itself from other similar games, and the developers wanted to do so by adding unusual, experimental mechanics to the well-known ones of JRPG combat. The first and most important of said mechanics is the introduction of Quick Time Events when Attack and Defense are concerned, it means every time you either attack an enemy or defend against an attack, you will have to time a cursor inside a small circle and stop it in the right area to score a successful Attack, Defense, or even a Critical if you get the cursor inside an even smaller area. This system is then applied to the classic JRPG-like turn based combat we have all come to know, with elemental weaknesses, various types of melee attacks, and all the complete set of JRPG shenanigans applied to combat. The second mechanic that makes this game a bit different are Formations. In a few words, characters can be put either in the Front Row, focused on Defense and Melee Attacks, or the Back Row, focused on Ranged Attacks, Magic and Support. Deciding where your party members are most effective will be fundamental in succeeding in combat. This adds depth to the whole gameplay for sure. To add even more, there also is an Interrupt System that basically differentiates all types of attacks in Standard and Charged. Charged ones usually have special effects and are more powerful as they are skills and not regular ones, but often those need more time to be cast. If a character casting a Charged attack is hit, there is a chance for that character to lose focus and fail the attack altogether. Overall, the combat system is solid if you do not mind the QTEs, which many people hate for a lot of reasons, and personally I also have to say implementing them in a JRPG is a very experimental and risky design choice, which may or may not please gamers as a whole.

As stated by the developers themselves, this game should last around 30 hours with only the main storyline to consider, and 50 hours if you plan to complete all the side activities. Since these estimates are in almost all cases exaggerated, I’d say 20 hours for story and 40-45 for a completitionist run is a good estimate.

As far as I’ve seen, the game balance looks pretty solid. This is one of those games where if you want, you can grind the same mob field a thousand times to overcome strong or difficult enemies. If you are in trouble, you can keep grinding and eventually, with a bit of tactics, you WILL overcome any challenge. The only thing i noticed to be a bit OP are the Arcanas, which are basically the “Ultimate Abilities” of each character, delivering insane amounts of damage if you get the QTE right and can even 1-2 shot bosses.

Hmm, the combat with all the system implemented requires strategy and planning, and a wise use of the consumables, which are quite pricey and limited in number. Enemies can deliver a serious punch, defending and attacking at the right turn is fundamental to survival. I’d say overall this is a JRPG that can deliver a good challenge even for veteran players because it freshens up the combat in risky ways, but in the end this toughens the challenge. I am not saying it is all for the good side of it, but it toughens nonetheless. 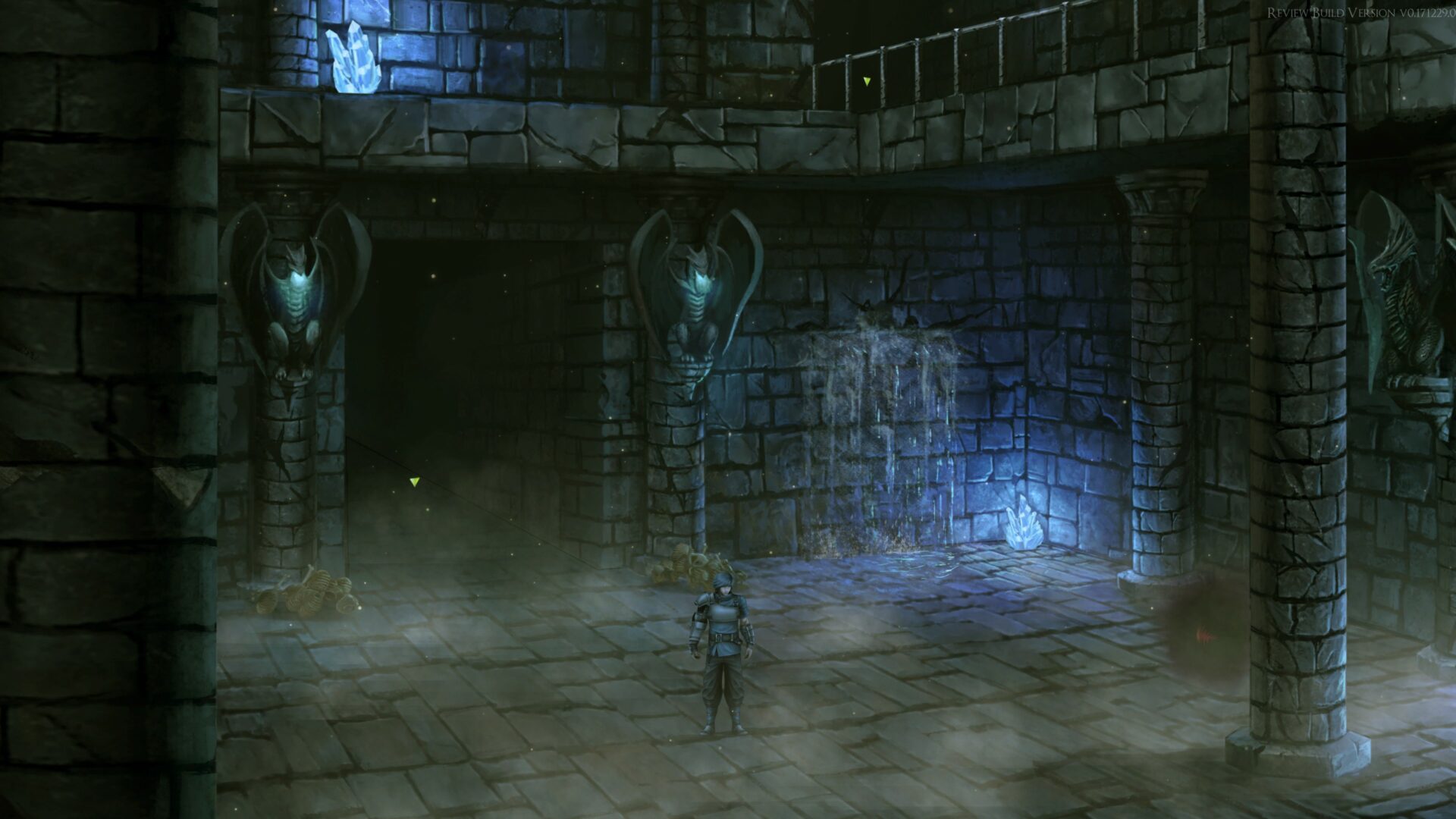 I’ll be frank here, for being a game coming out in 2018, the graphics are totally not impressive. The hand drawn environments are quite something I agree with as they are both artistically beautiful and really well designed. Character models are not quite as detailed with the overall quality you’d expect by today’s standards, but they are not terrible either. The absence of mode “dynamic” environments with particle effects, advanced effects, and so on is partially mitigated by the design choices and art style. As far as the graphics go, do not expect a really high level of qaulity, but also not a terrible one, it is on a sufficient level overall.

The soundtrack is really beautiful and often is perfectly adequate for the situations the game presents. Combat and miscellaneous sound effects are of decent quality but nothing outstanding. I have to say the soundtrack is quite something and they managed to pull it off wonderfully. I really liked it to be honest, and I did not expect that in the first place.

No problems to report.

No problems to report.

Enemy AI follows simple, pre-determined attack patterns like in most JRPGs. There are no advanced AI features worth mentioning as it is a typical standard JRPG AI, nothing more or less.

Menus and UI are good enough with a controller. The game loses some quality of life if played with a keyboard for the QTEs and also navigation, I’d recommend playing with a controller to avoid some troubles and annoyances in commands, but it is playable decently both ways. 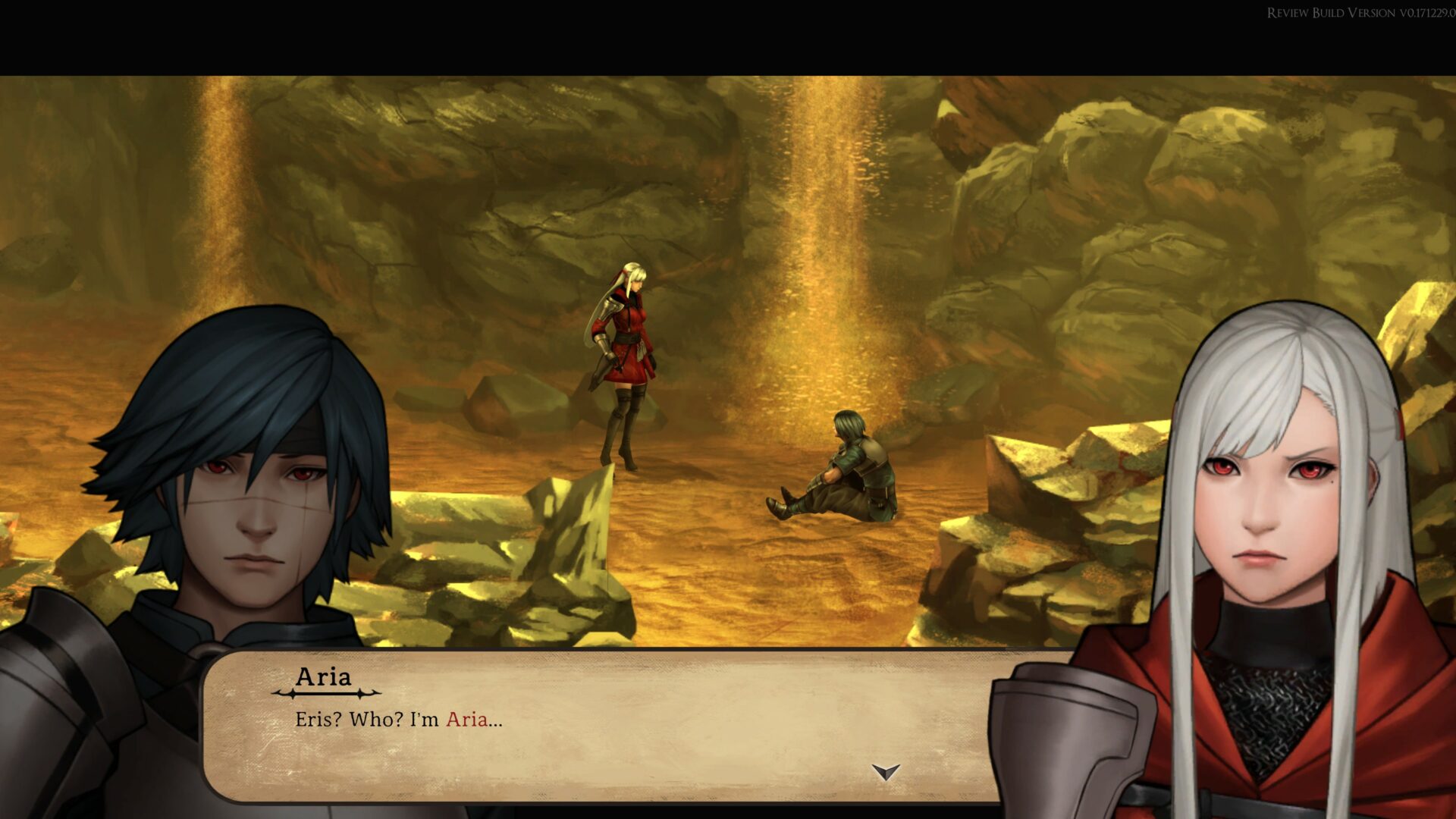 Legrand Legacy is a new entry in the JRPG world that dares to experiment with new mechanics, has a good story, interesting characters, and can do much while not having a AAA level budget. While this may not be the next JRPG of the decade, is in my humble opinion a title worth playing if you liked the good old classics of the genre and also are looking for something fresh.