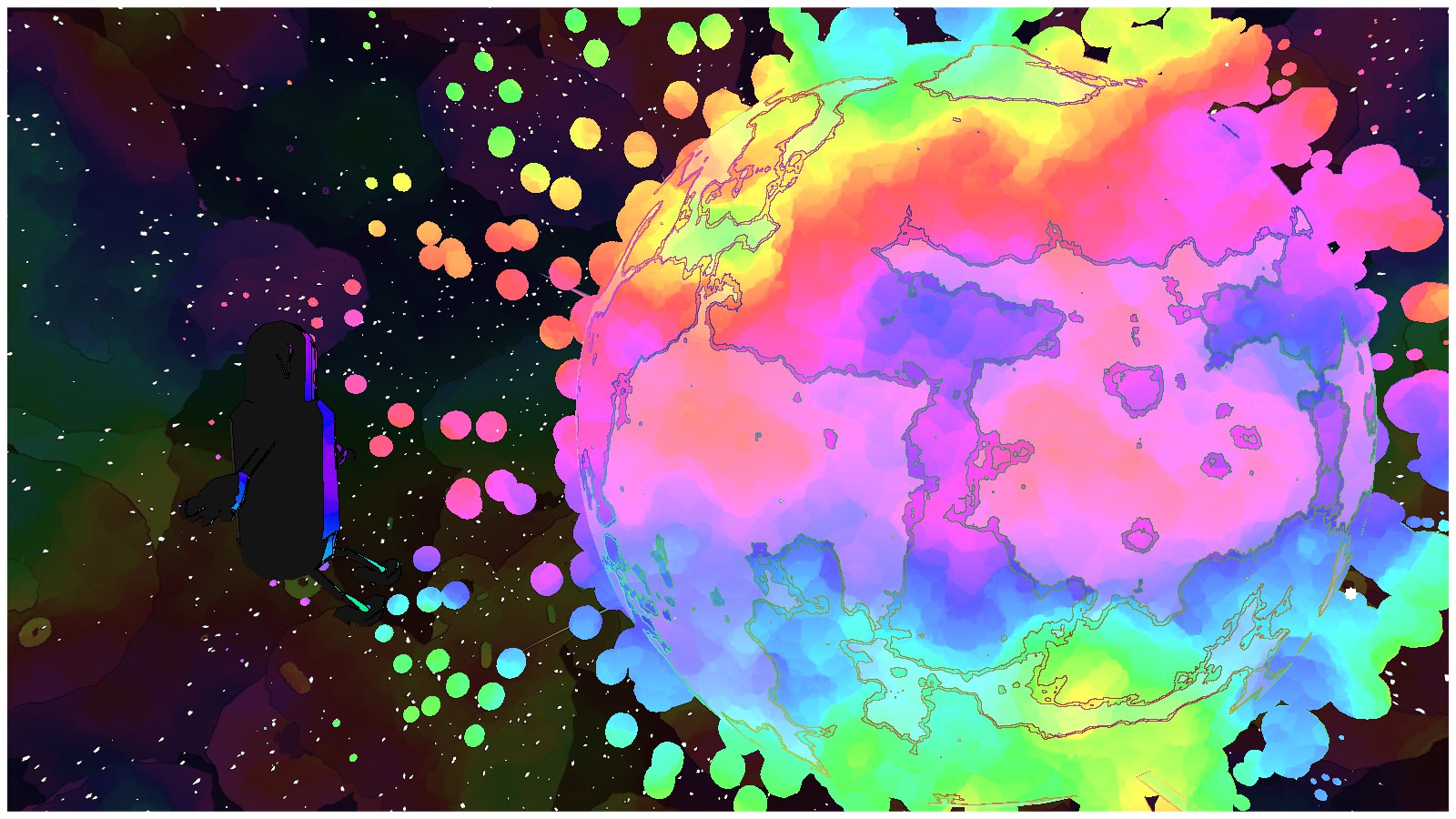 REVIEW: Jettomero: Hero of the Universe

Who would hurt this cute, clumsy robot? Sure he crushes buildings and can destroy our moon but accidents happen.

In a lone universe with one lonely planet sat a robot the galaxy forgot about. The only ones that knew about him were obviously long gone. How long the robot has been there doesn’t matter as now he has awaken with the name Jettomero. All Jettomero wants after waking up is to travel around the galaxy to help the poor humans out. The last thing he wants is to wipe them out on each and every planet he happens to visit. Destroying one building is bad enough! Unfortunately, the way he was designed goes against his wishes. And well, being pelted by humans doesn’t help much when it can send your foot flying through a building. It’s obvious the humans can’t understand him. After all, Jettomero’s size leads to a lot of misunderstanding to his true intentions of landing on their planet. 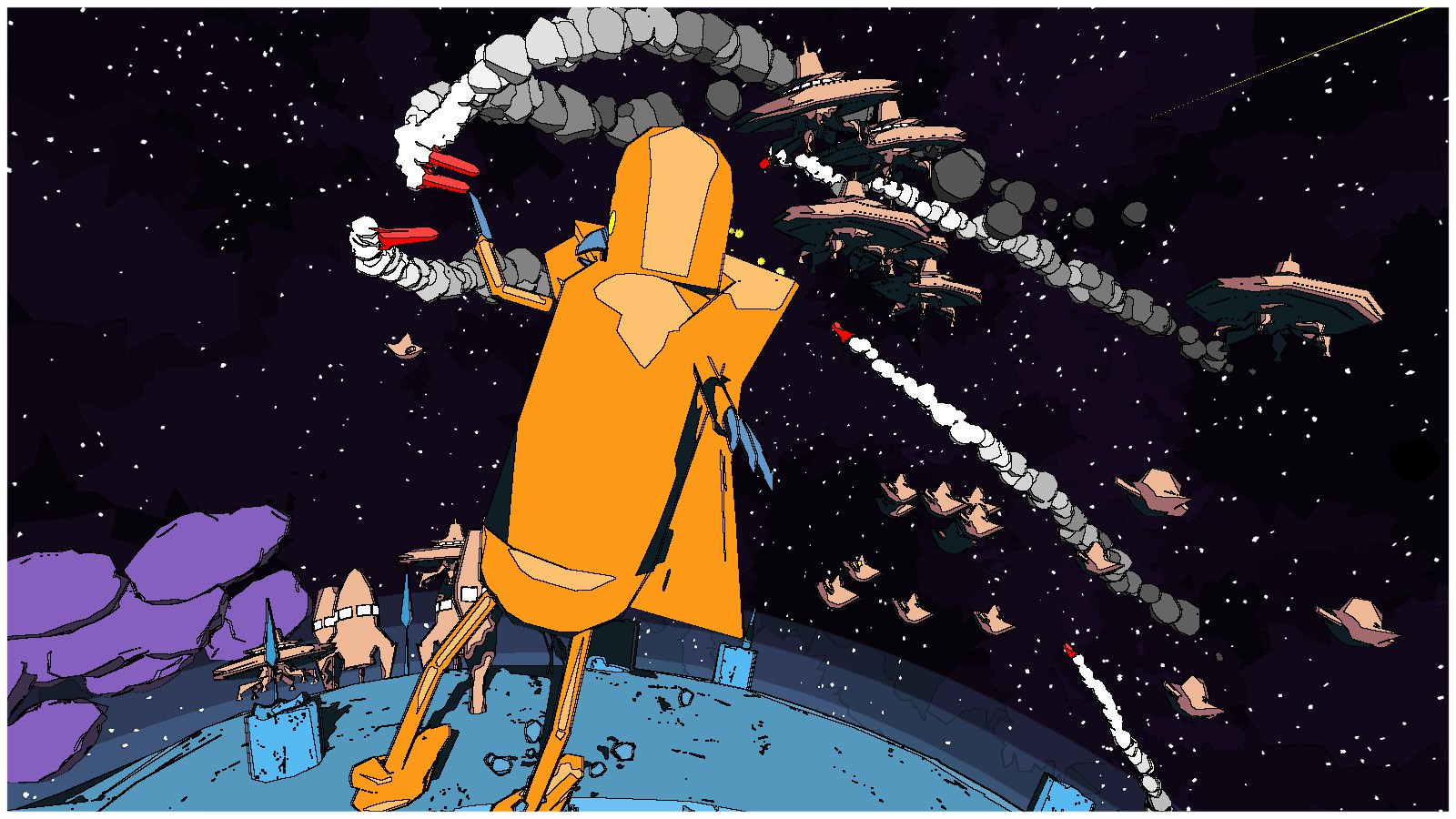 Jettomero is not just a small robot, but a towering one. One that when he lands on the planet, creates dents upon the landscape. Walking around may not create prints, but certainly he has enough power to kick buildings out of the atmosphere. Even the moon has no chance as it will shatter into pieces if he runs into it. Asteroids and comets liter each galaxy, but one direct hit and they shatter as well, while storm clouds in space can suck out his fuel.

Each planet generally looks the same, as there are only two variations.  If you like customization, each planet has at least two signals that, when stomped on, will show you which robot part you unlocked, which can range from high heels for your feet or abs for your body. There are also some random events to deal with such as a forest fires, buildings set ablaze, a nasty storm , and a pile of rubble that suspiciously looks like someone may be trapped under it. As you can probably guess, these events bring about even more destruction even if Jettomero’s intentions were good.

In addition, one planet will have an enemy, which Jettomero views as harming the humans, and will go face to face against him in a QTE fashion. The difficulty of the enemy adjusts to how well you have performed in the game so far, so the timer might run a little bit faster or require you to push more buttons if you did well previously. Once you defeat it, you have the option of exploring the other planets, travelling through the wormhole, or decoding a message. Just make sure to gather some fuel so you can lift off or find a volcano to help you before you do this. 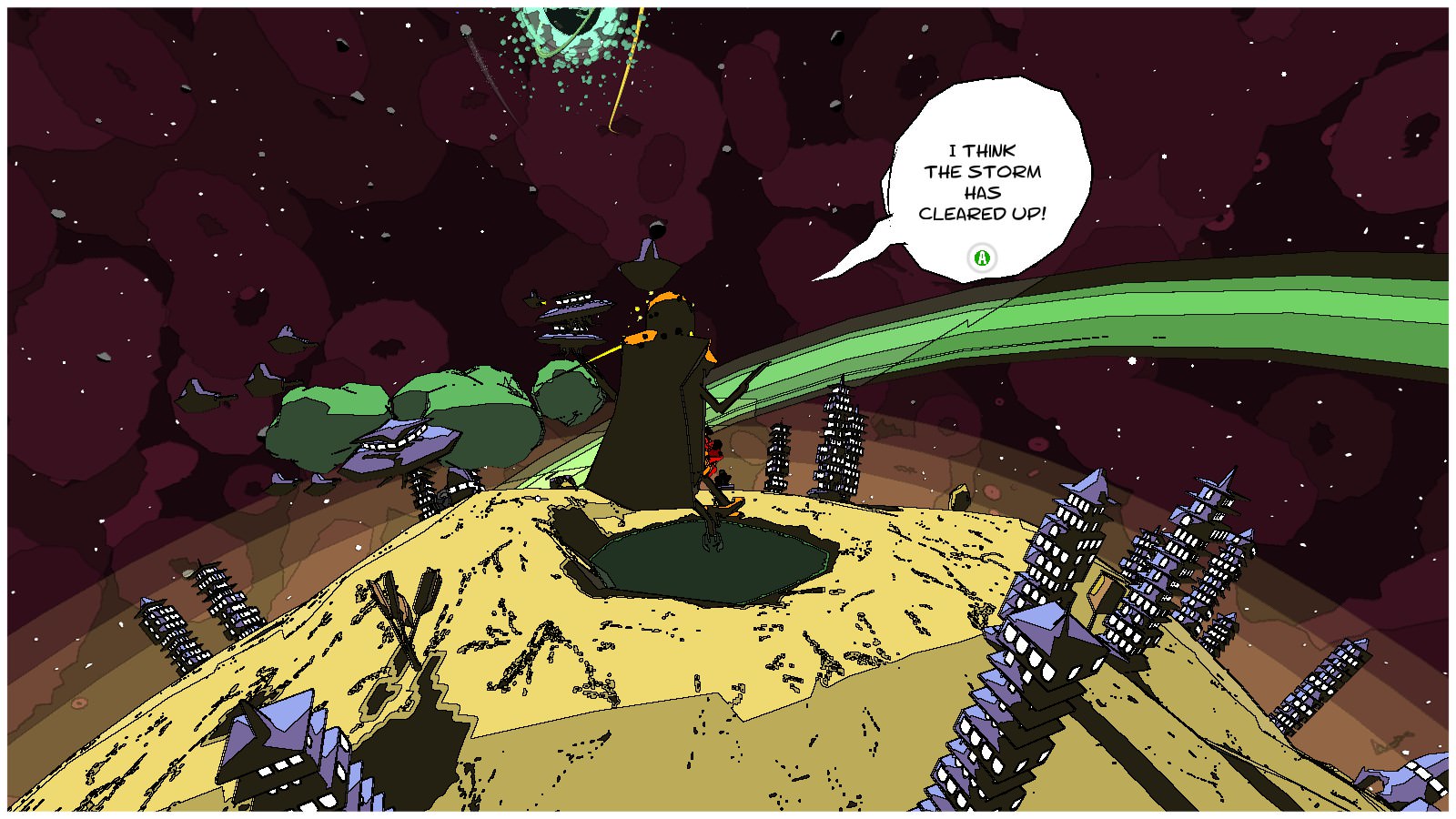 Since Jettomero has no memory of where or why he was created, each time you finish off an enemy, it unlocks a back issue about his history that you have to decode. This serves as the driving force to continue for both players and Jettomero. Of course, the twist to this story can be predictable if you pay close enough attention to the humans and who they attack. Once you find out the truth, you can choose between two endings. I do recommend going for both as one ending is shorter than the other, which does give you more story and an even more satisfying ending. 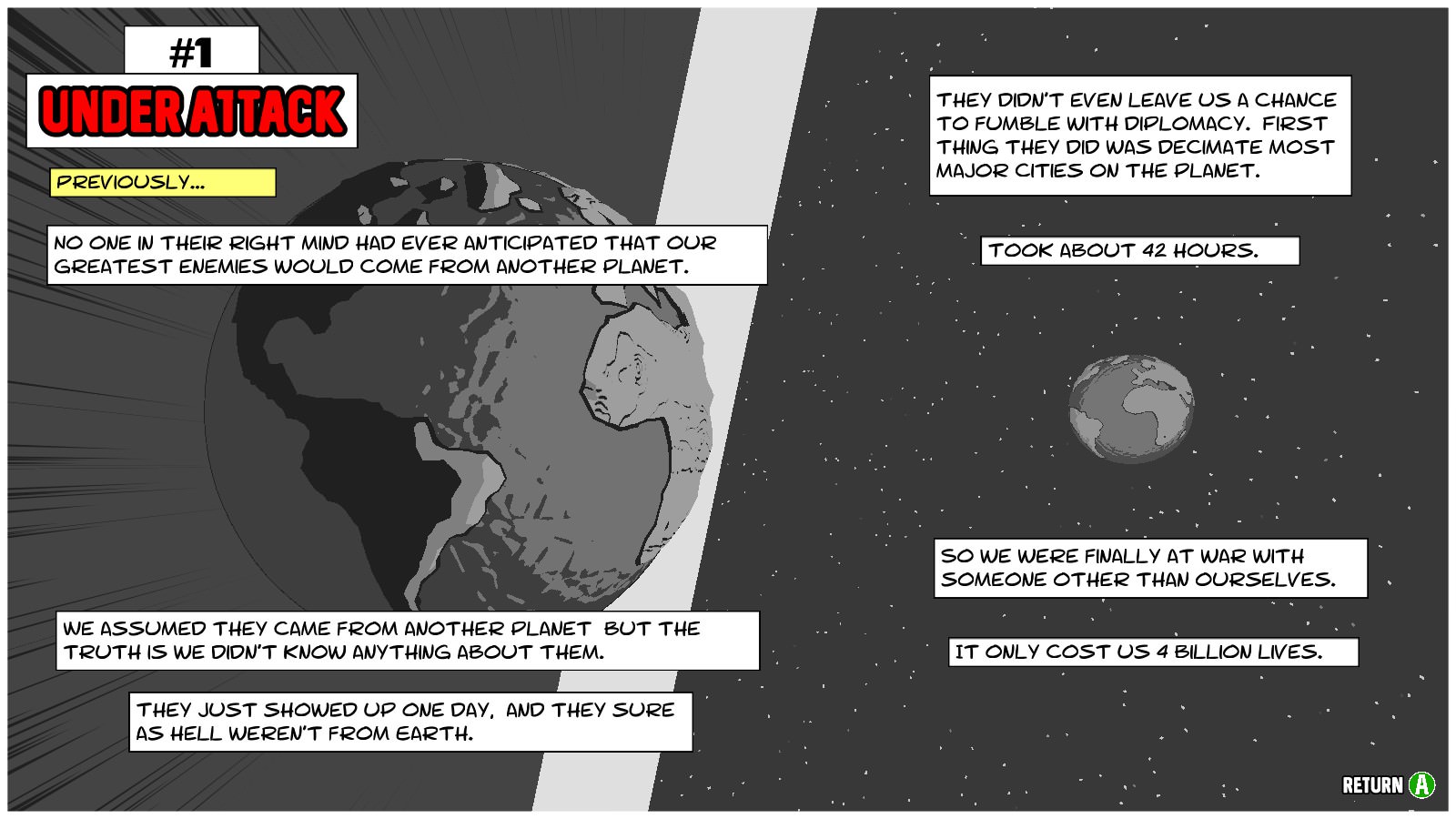 Even though Jettomero has its own story and personality, the player’s choices also affect the outcome.  Each choice the player makes affects the gameplay. There is no penalty for kicking and stomping buildings, but at the same time there are no rewards if you don’t.  All the planets, with the exception of the one Jettomero wakes up on, are armed and will not hesitate to attack Jettomero the second you land. The question is, are you someone who can see the misunderstanding and avoid the buildings or are you the type that sees it as justification to stomp on through? Do you change your mind as you visit more planets? Whatever you choose, Jettomero will still say sorry but will only you bring meaning to it.

The controls are incredibly smooth. When you’re flying, it’s as smooth as butter and feels just as good. While on a planet, you get the feeling of being clumsy, just like Jettomero, as careful steps can easily turn into disaster for the humans. The only part that does have the sensitive controls is when playing the decoding minigame. You can easily go past the letters you want right before you test it out. 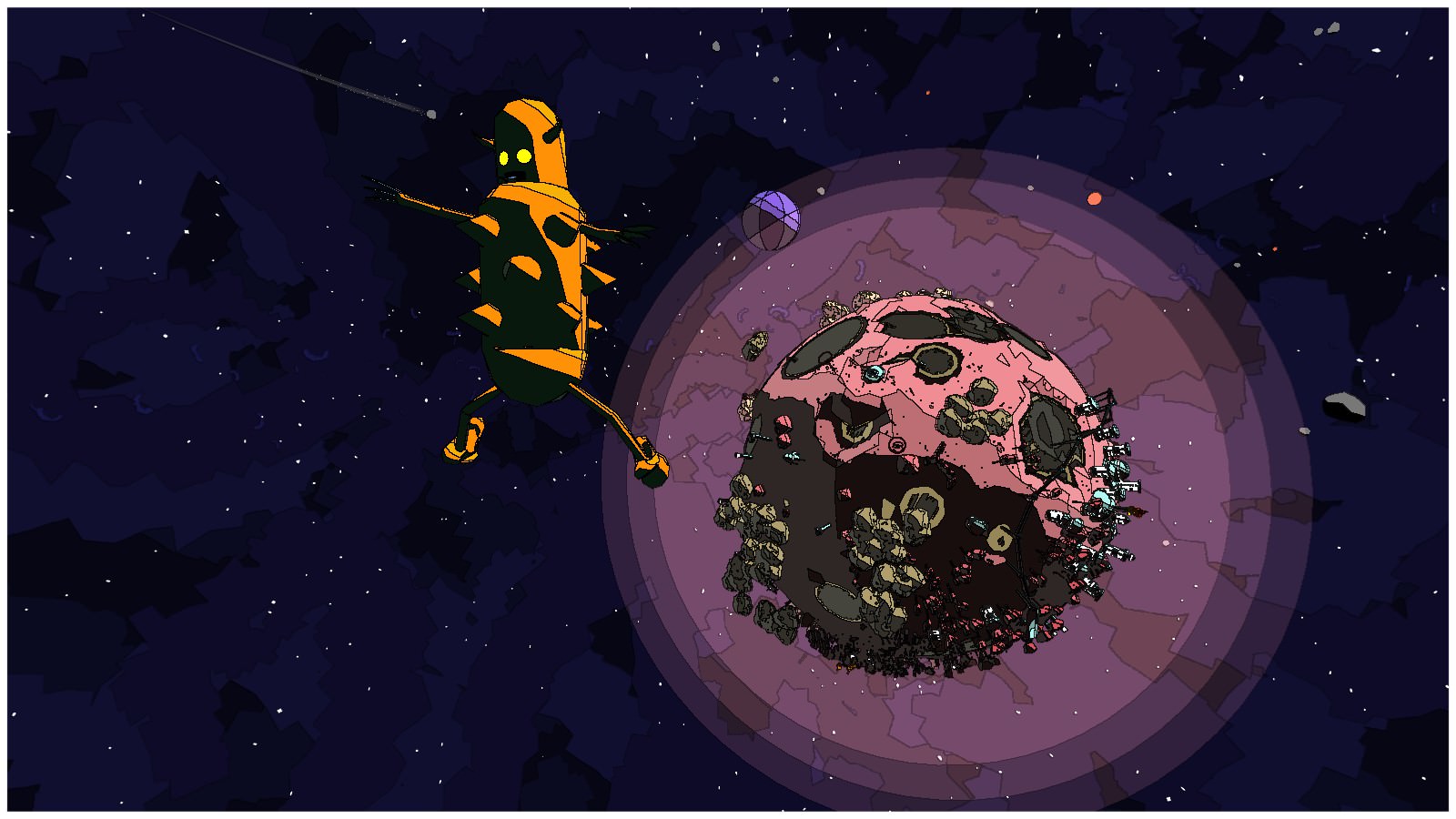 The visuals are absolutely great as it gives players the feeling that it is in a comic book with each stylized cutscene. The galaxies brings in a unique look as the Sun can vary in color but each very appealing; planets from afar looking more like the sun with its atmosphere giving off millions of dots and once you get closer, getting more detailed as you can see the buildings and weather it might have at that point. And lastly, Jettomero looking as the cute robot he is no matter what customization you choose. You also have a variety of filters to choose from when you enter into photo mode, giving you a several opportunities to make appealing screenshots or you can play in a specific filter if you choose to. The soundtrack brings this all in full circle as it does evokes the feeling as if you’re traveling through the universe and stumbling on planets. 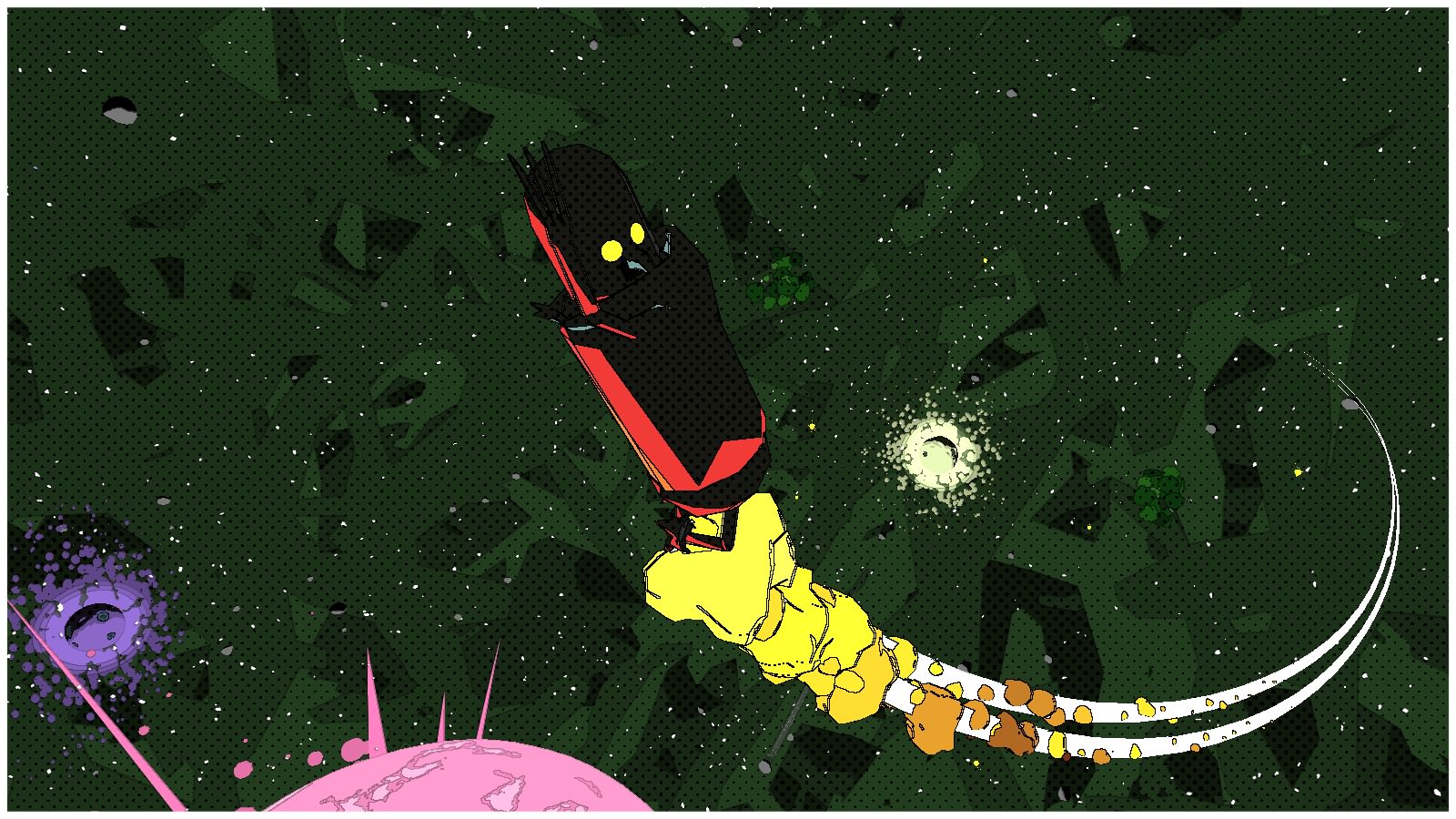 There are really only two weaknesses within this game. The first is the length. Exploring every planet is not mandatory by any means as players only need to finish the enemy battle in every galaxy, so there will be situations where the enemy is in the first planet you visit. So if you only intend to stay in a galaxy till the enemy is defeated, rather than only continuing till every planet is explored, you will see this game will have a shorter length than usual. The second weakness is the repetitiveness. Throughout the game you just go through wormholes, visit planets till you find the enemy, do the enemy battle, and continue on to do the same thing to the next galaxy. It creates a weird balance where these weaknesses are good, but detrimental at the same time.

Jettomero: Hero of the Universe is a very sweet and charming story, yet it too short due to the repetition of the gameplay. I sadly do not foresee many people buying this game due to the length specifically, as it can honestly be finished when you have a free afternoon. However, if you do decide to pick up Jettomero you will be welcomed with its unique art style and soundtrack’ even if the gameplay ends too quickly.