Strike Team Hydra has made it’s way from mobile to PC, providing some old-school turn-based squad combat on a besieged spaceship. It’s a shame it’s so unstable!

Strike Team Hydra is the debut title from indie developers, Wave Light Games, beginning its life on mobile and now available on Steam.

In Strike Team Hydra you play the role of a commander in charge of a six-man strike team sent aboard the SS TALWAR, a stricken battleship on patrol in system NS-14. After heavy fighting the TALWAR has been boarded by enemy aliens, the Sethari, and it’s your job to get on board, rescue the survivors, and wipe out any Sethari you find.

The game is in 3D, with all levels taking place inside the TALWAR. Stages are well made, though rather small, with cover and interesting gadgets and scenery to look at. Some appear to be multi-levelled, but you’ll find you can’t use the stairs; they’re only for show.

Enemy and character graphics are also good, with lifelike animations. Animations on prefabs are synchronised, though, meaning that enemies all check their guns at the same time, which is a bit dodgy. Weapon and special ability effects look good, with glowing force fields, bright lasers, explosions, and other cool stuff going on. 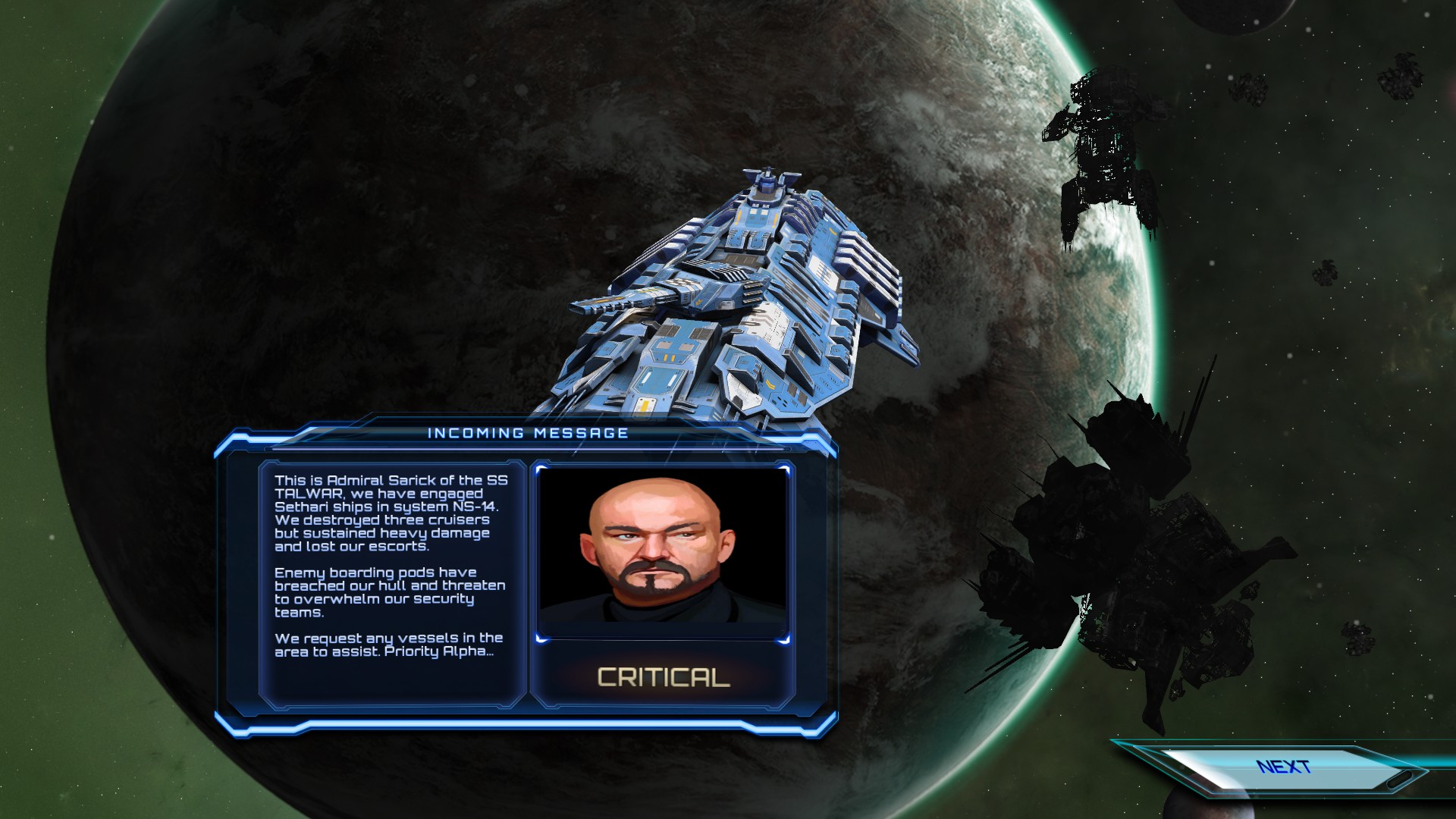 The interface doesn’t quite work. Sometimes you’ll have to move the pointer back and forth over target hexes multiple times to get the interface to show the terrain/cover modifiers or allow targeting, or change to a different character and then back again. This seems to happen more when zoomed in, but it’s not consistent. It’s also more fiddly than it should be; in the lobby you can’t look at characters’ abilities without loading up the swap screen. And on the swap screen you can only swap one at a time. The lack of tooltips for any in-game items — and for some of the UI overlay — is frustrating, too, as is having to right-click to find out information; why not just hover like a normal tooltip? 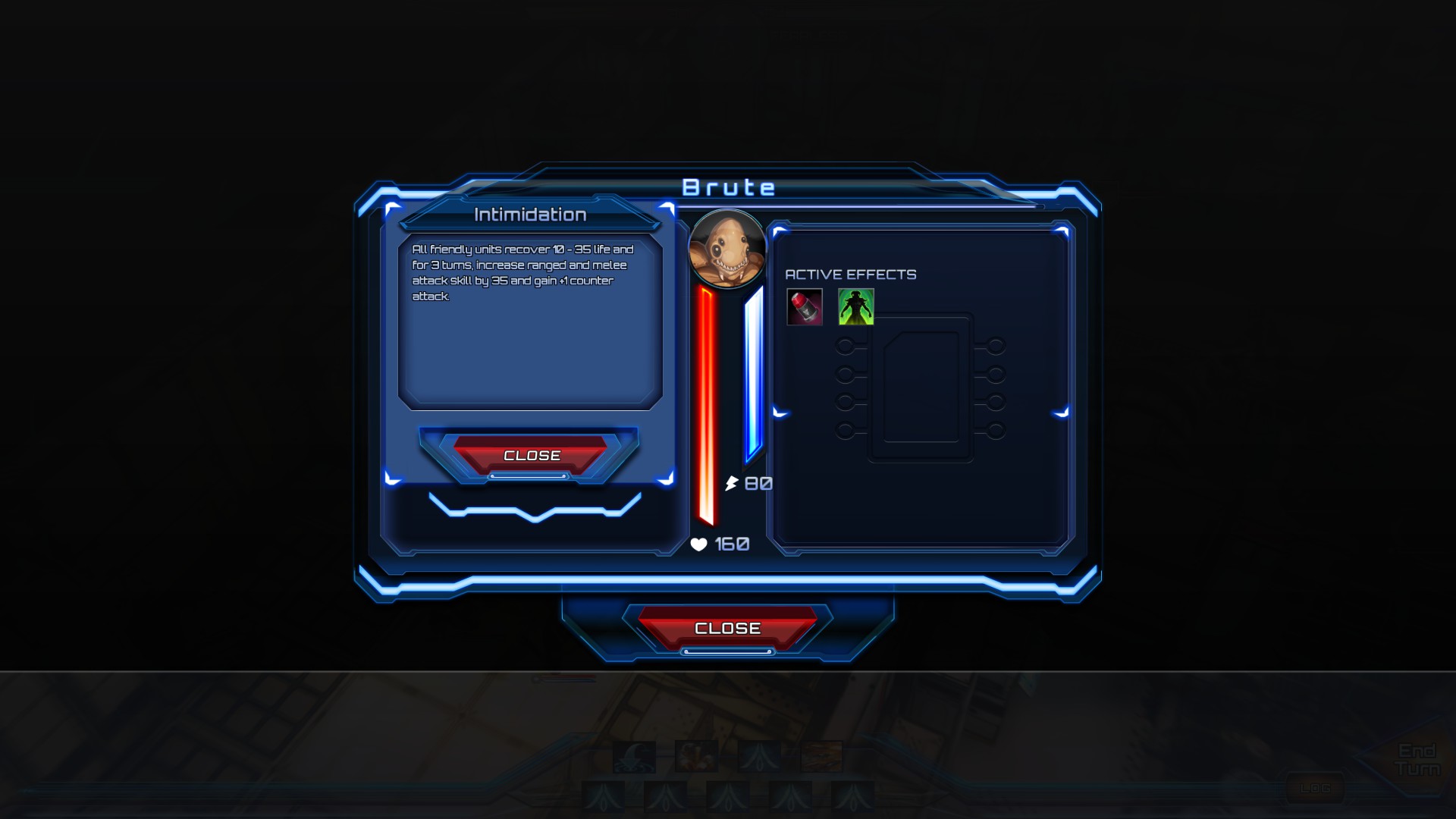 Sound and music are mostly well produced and functional. Weapon and effect sounds are appropriate, though teleporting is a bit too loud. Music is typical science-fiction-actiony fare, electronic with some dramatic bits, but there are too few tracks and it gets repetitive quickly. There are voices for character actions, too. These range from outright terrible to not too bad, but even the bad ones are mostly amusing so I’m glad they’re included.

The Unity launcher provides the standard options: resolution selection, full-screen / windowed mode, and one graphics detail selector from Fastest through to Excellent. An in-game menu includes independent voice, sound effect, and music volume sliders, as well as some PC-only graphical toggles. These add some great shadows, fancy-looking effects, and other assorted coolness. All up the game looks rather good. 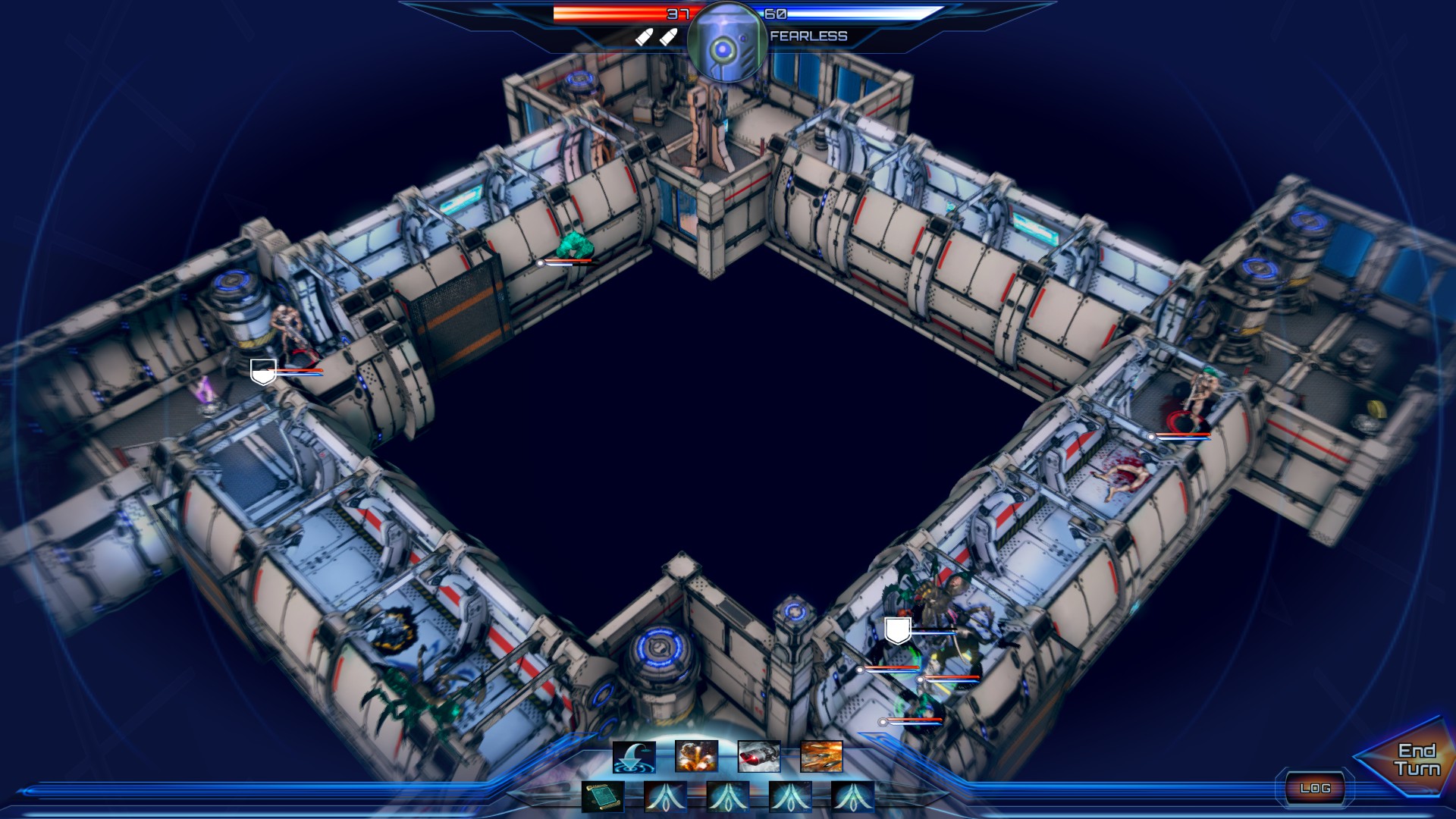 Strike Team Hydra first appeared on Android and iOS before coming to Steam, with the magic of Unity allowing for deployment to multiple platforms. It’s unfortunate that its heritage shows, with the tutorial still describing touch-screen controls and on-screen buttons that don’t exist in the PC version. With a bit of playing around you can find out that WASD pans, Q/E rotates, and mouse wheel zooms the camera; I’m not sure if you can tilt up/down. There’s also no way to remap controls; the standard Unity launcher’s ‘input’ tab doesn’t provide anything obviously useful in this regard and there’s no in-game menu providing the functionality either. And there’s no Steam integration yet, either: no achievements, cloud saving, or trading cards. 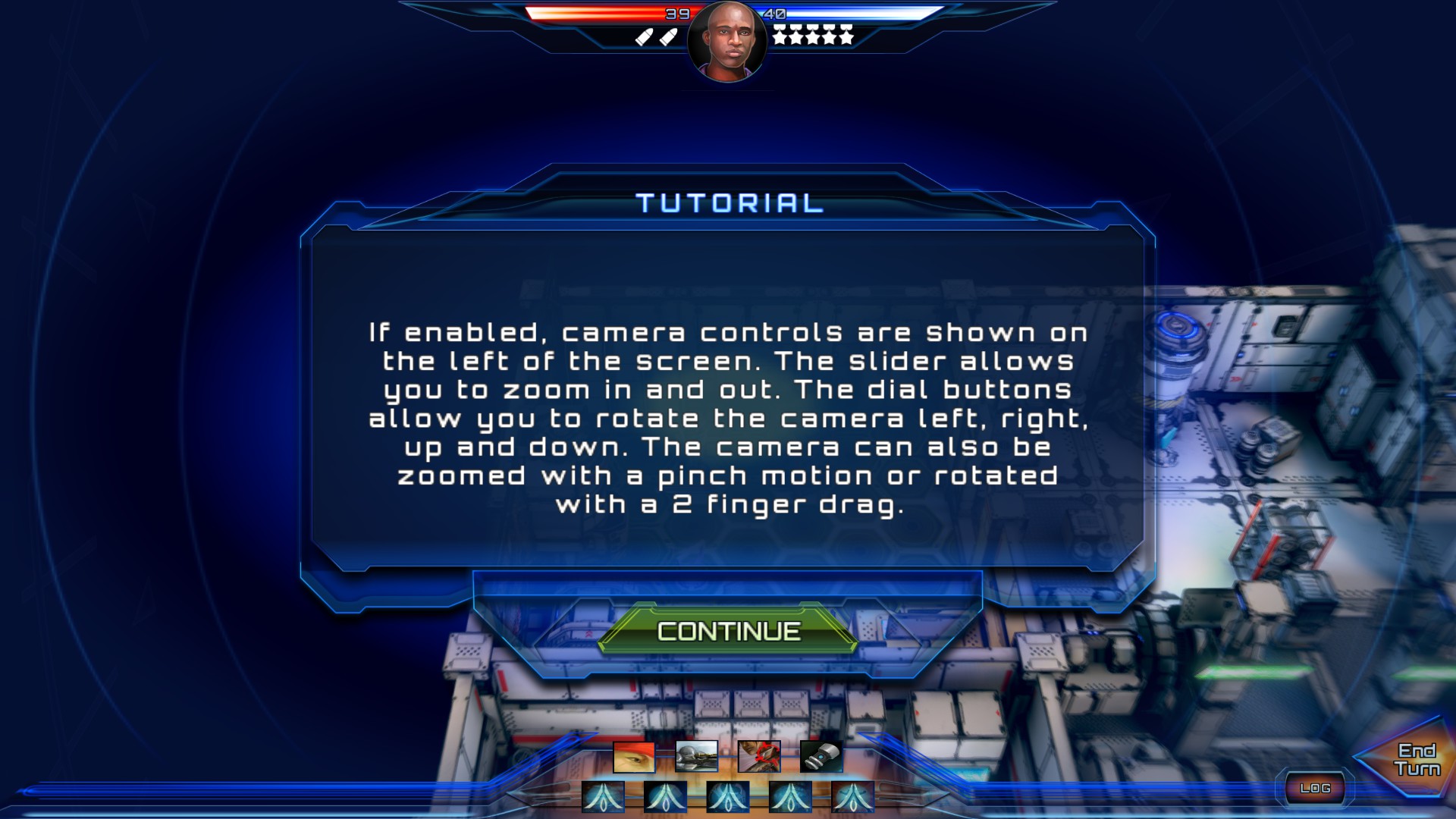 The game is a squad-based, turn-based strategy game, played over a series of campaign missions (28, by the look of it, plus a similar number of ‘extra missions’) on the besieged SS TALWAR. You control six soldiers from a selection of 12, each of whom gains experience and levels, unlocking new abilities. You can also buy and sell armor and weapons, as well as receive them as rewards for missions, but many seem to only be for flavor, having no obvious effect on a soldier’s stats. The game plays a lot like the combat part of the original XCOM / UFO: Enemy Unknown from the 1990s. You can swap out characters between missions, which is excellent, allowing you to pick and choose as you like, or even double-up on some character types. There’s no character customisation, but there is a good range of abilities across the 12 characters, so you can try a few different play styles. 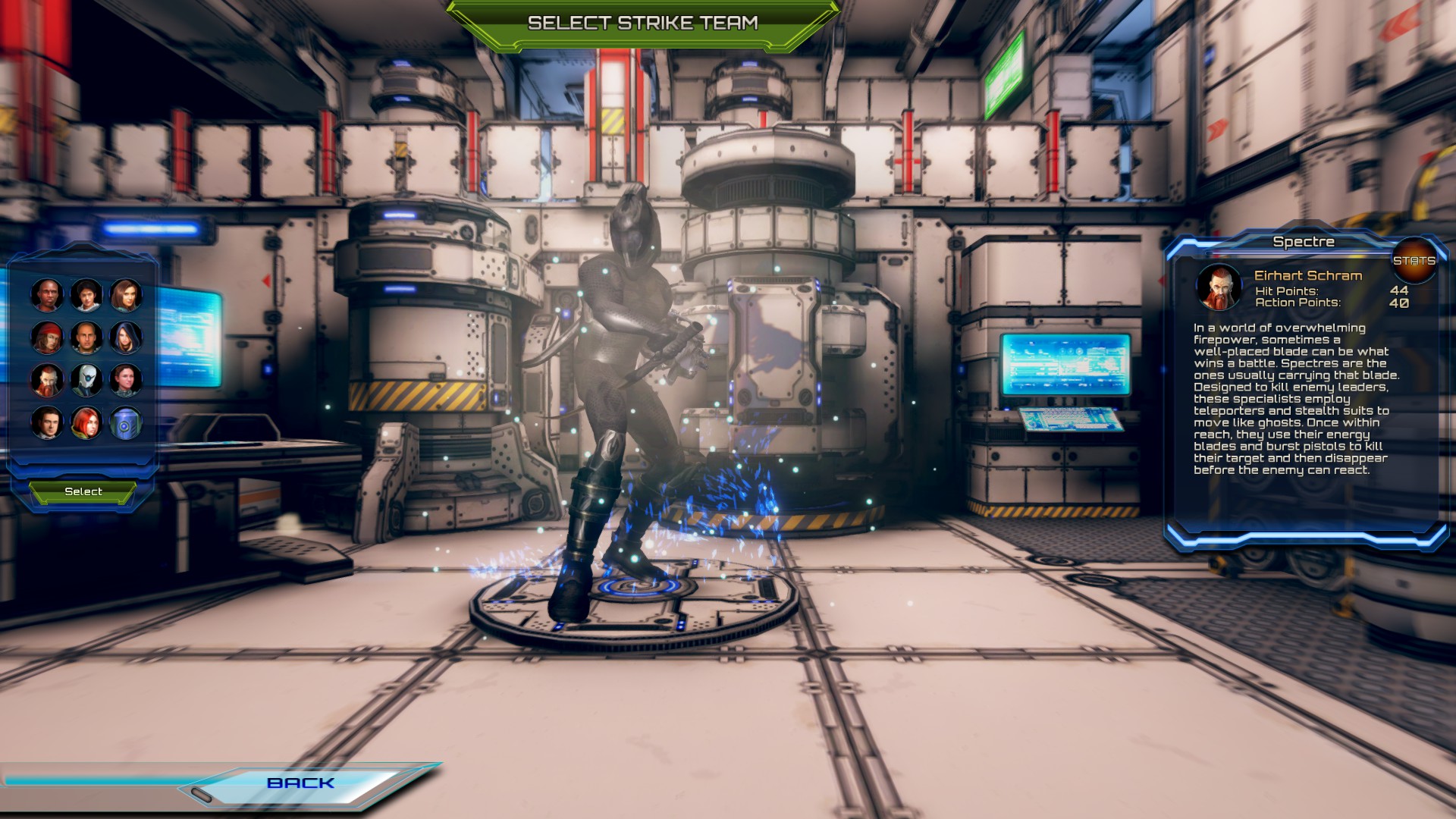 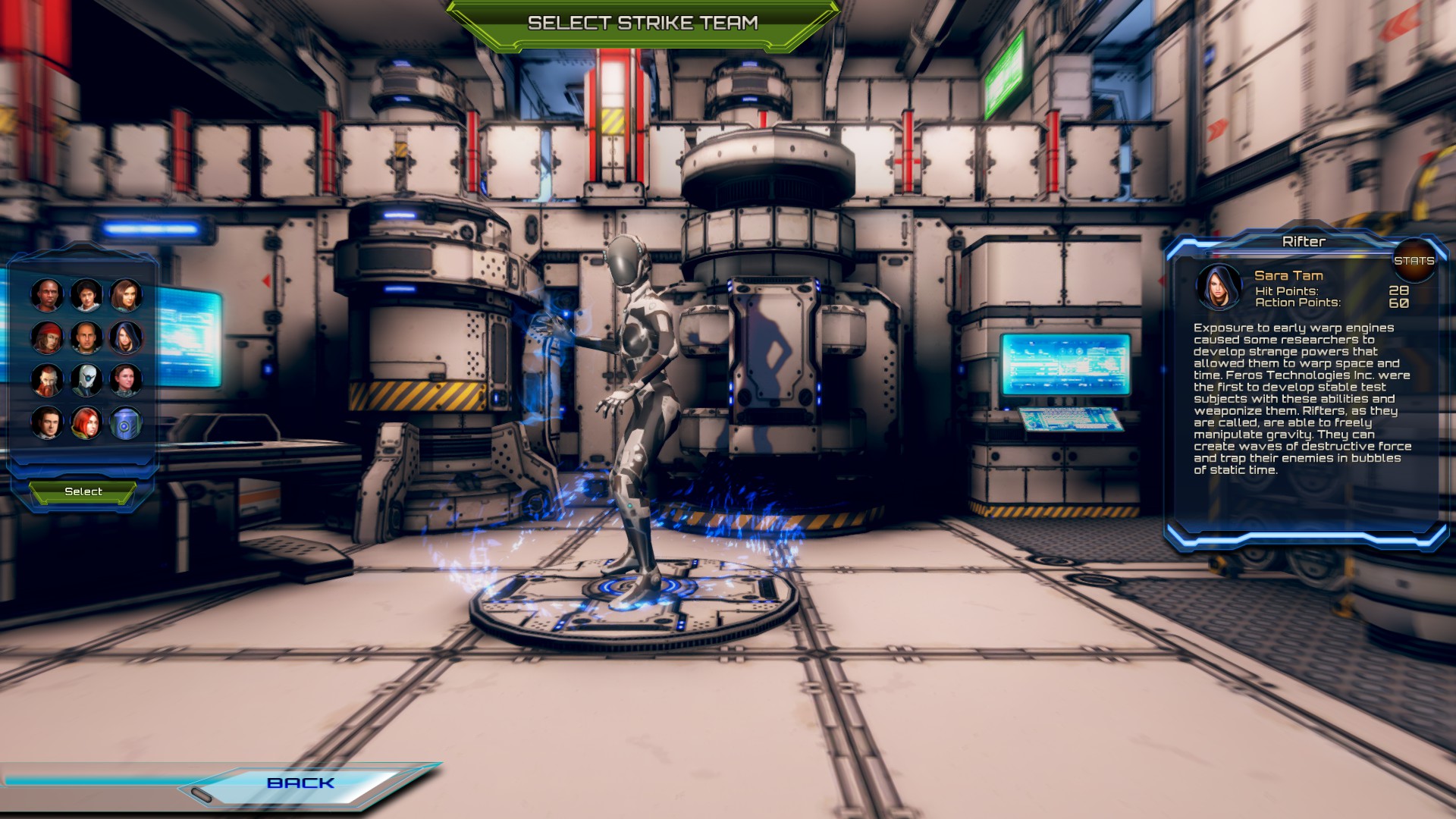 Most of the game rules are explained via a Rules tab, but anyone familiar with turn-based squad games should find them relatively straightforward. For some reason you can’t check the rules in-mission, either; you can only do it from the lobby. There’s no overwatch, which is a bit of a shame; the counterattack feature that replaces it works well enough in response to enemies that directly attack a unit, but movement through fire zones or attacking other soldiers will not trigger a counterattack. There are a few other silly game mechanics, too, such as the 15-85% range for attacks and criticals, and the undo movement feature, which is great, but lets you move to collect power-up items and then undo your movement. 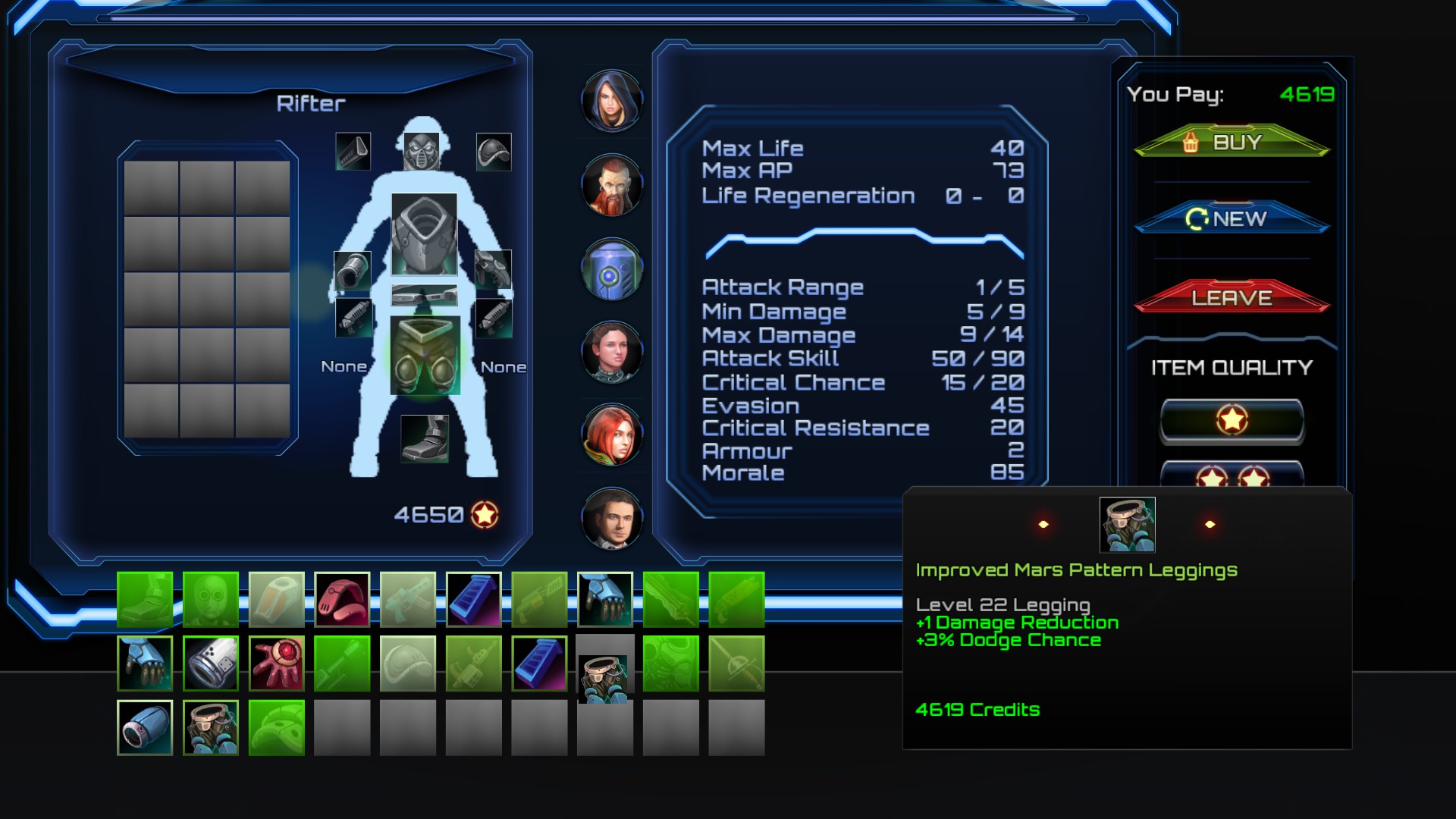 Other than that, it’s typical turn-based combat, and it’s mostly very well done. Each character has an Action Point (AP) pool and a number of actions or abilities to use, each of which uses a certain number of APs. Movement costs differ between characters, too, allowing your faster and lighter soldiers to move further and do more than your slower and heavier ones. There are no restrictions on ordering of moving and shooting; as long as you have the APs you can do what you want. Once you’ve moved all your soldiers it’s the aliens’ turn, and so on until you’ve met the mission objectives (usually kill everything that moves) or died. 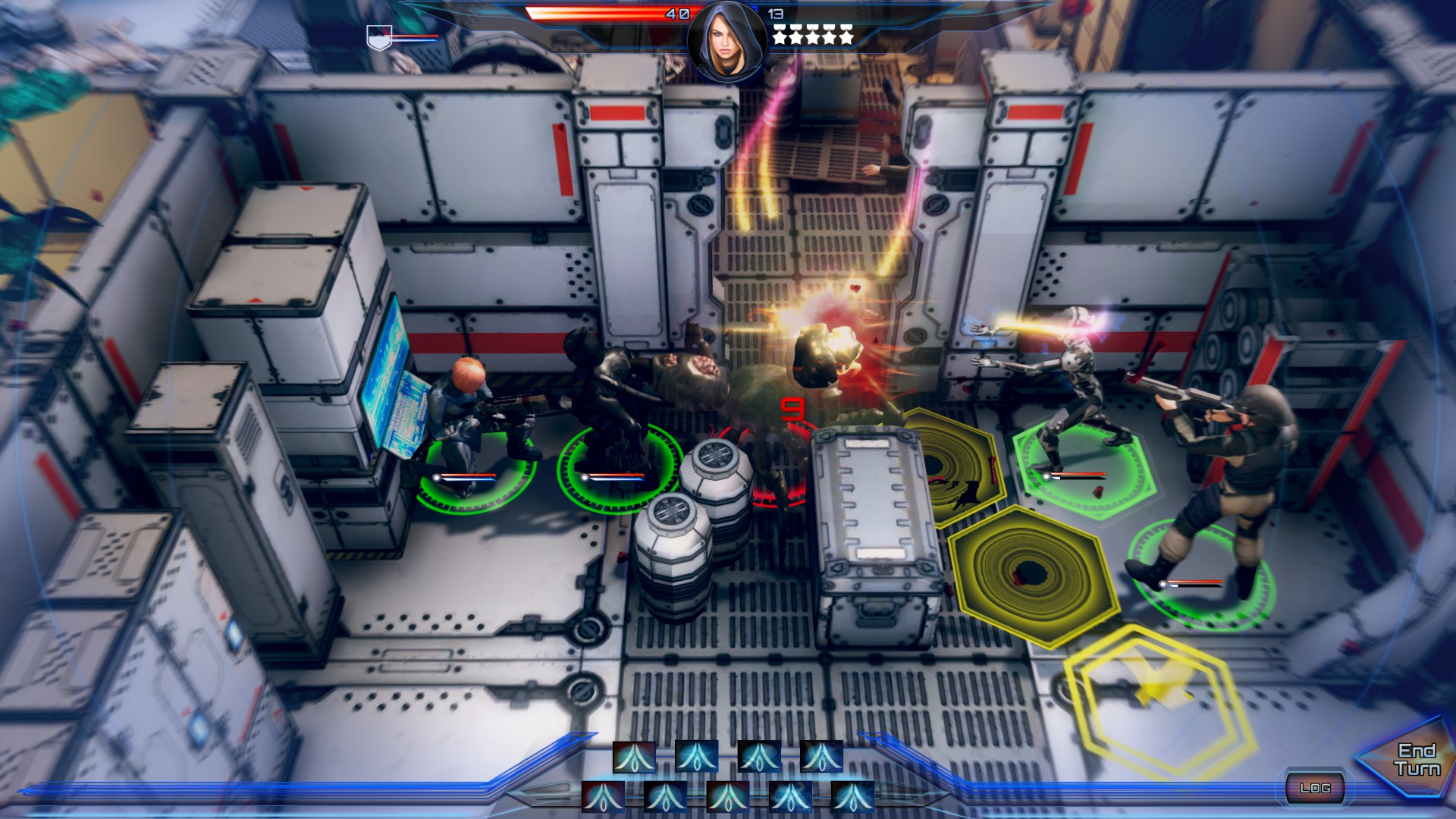 There’s no manual saving in missions, but the game does have an auto-save feature that seems to save at the beginning of each turn.

Unfortunately, there are a number of gameplay issues that detract from what would otherwise be an excellent game. First, it’s one of the most unstable non-EA games I’ve played in the last few years. It’s crashed on me about once an hour, which is bad enough, but all but one of those crashes has been when I’ve just finished a mission. And that lovely auto-save feature I just mentioned? It doesn’t work; the game deletes the auto-save when this happens and I’m left having to redo the mission again, losing the progression and item I just received.

Less important, but still annoying, are the weird interface issues mentioned earlier, line of sight that doesn’t quite make sense, weird pathing stuff-ups on one mission that made characters walk around the whole map to cover two hexes, and the numerous grammar errors throughout. It’s the crashing issue that drove me to give up, though.

Strike Team Hydra ended up disappointing me for all the wrong reasons. The presentation is good, there’s a lot to do, and the core gameplay is great fun. But the game interface is glitchy and fiddly, and the game is often unstable, crashing at the worst possible times. This would be excusable to a degree if you could save mid-mission, but the auto-save system doesn’t cope and all too often I’ve lost whole missions. It’s got to the point now that I just can’t be bothered trying anymore.

If you’re a fan of turn-based strategy and don’t mind a few rough edges then Strike Team Hydra is definitely one to watch and pick up once the stability issues have been fixed. I would love to recommend it, but until the developers fix the crashing I’m not going to.