Will you become a foot soldier, a tank driver, a medic or something else? Enlist in the war effort today and do your part!

If I had to describe Foxhole to someone by only resorting to common genre nomenclatures, I think that the most accurate description would be saying that it is a massive online sandbox top-down shooter. Quite the mouthful. In truth, I think this does the game a disservice, because, while it does provide a general sense of what the game is all about, its strongest points are not the shooting, but a combination of its sandbox elements and the people that actually dedicate themselves to play the game.

At its core, Foxhole presents you persistent online wars that take place on a map, where two factions, the Wardens and the Colonials, fight for dominance of several key points in the map. Off the top of my head, Heroes & Generals and Planetside 2 come to mind when trying to picture some other games that have attempted this formula before. Still, what makes Foxhole really interesting and engaging for me, and I’m sure many others feel the same way, is how the game forces players to communicate, via the in-game proximity voice chat, in order to achieve any sort of real progress in the game. 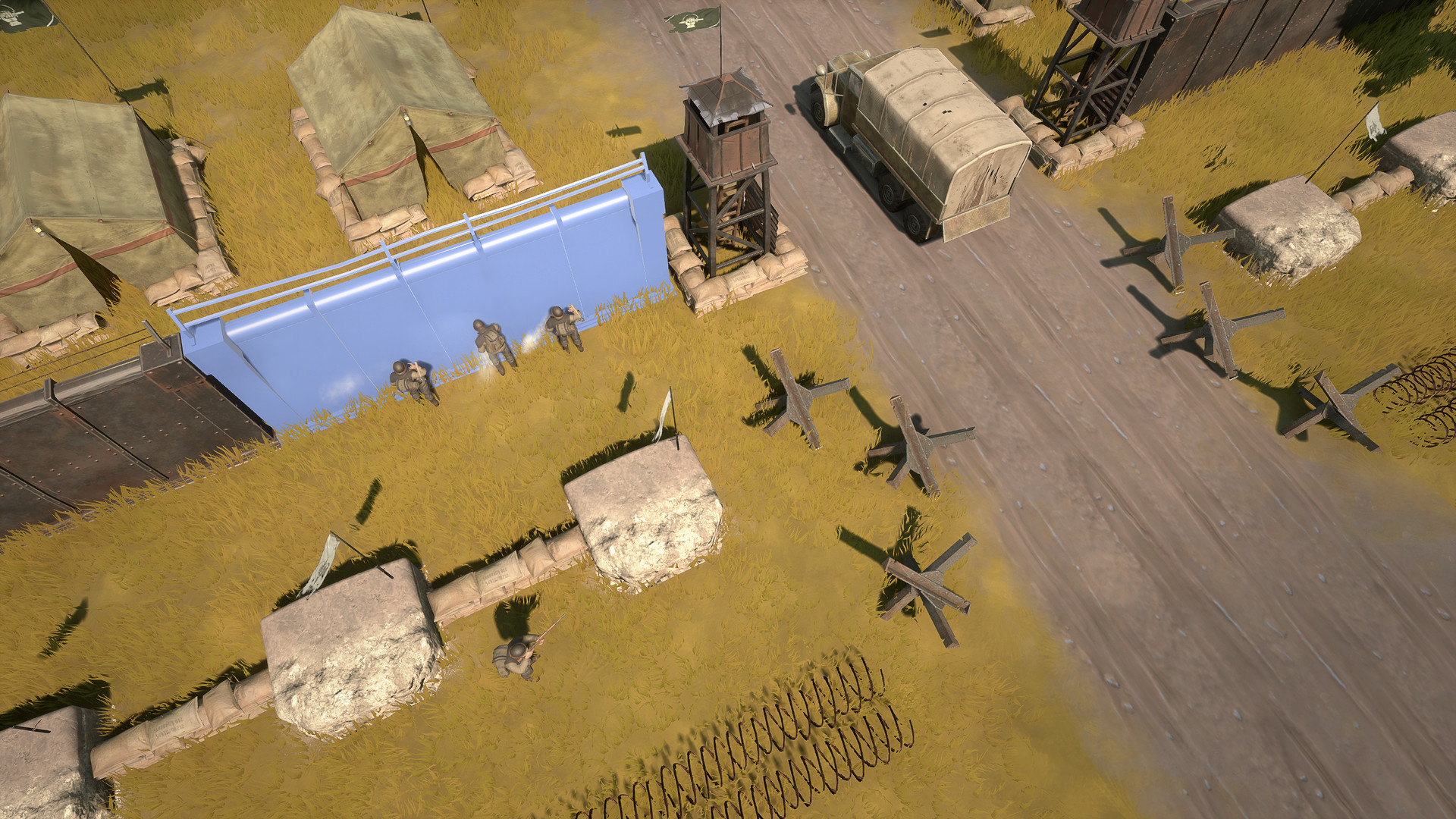 When you first jump into the game, you spawn with pretty much barely anything, and you need to go to a local spawn point in order to get geared up. The thing is, everything you find in these spots, in storage chests spread across the battlefield, every single piece of equipment, every weapon magazine, bandage, weapon, grenade, all these were crafted by someone that actually plays the game. In the same way, fortifications, pillboxes, tanks, vehicles, these were constructed by another player, and the same goes for the resources that are needed in order to finish such things. Now, surely that part of the game won’t appeal to everyone, going around gathering scrap and transporting goods from one point of the map to another doesn’t really sound like the best selling point for a war game, but that’s where Foxhole manages to distinguish itself, mainly due to its player base.

In a certain way, and although they’re very different games, this one reminds me a lot of Squad, because one of the things that gives me joy and entertainment in both these games is seeing people working together in order to achieve a common goal. Failure to cooperate in a game like this surely means the downfall of your team, and this means having someone driving around delivering supplies, having a group of people reinforcing the frontlines, as well as having people willing to march forward and take the enemy lines head-on, either on a tank or on foot. 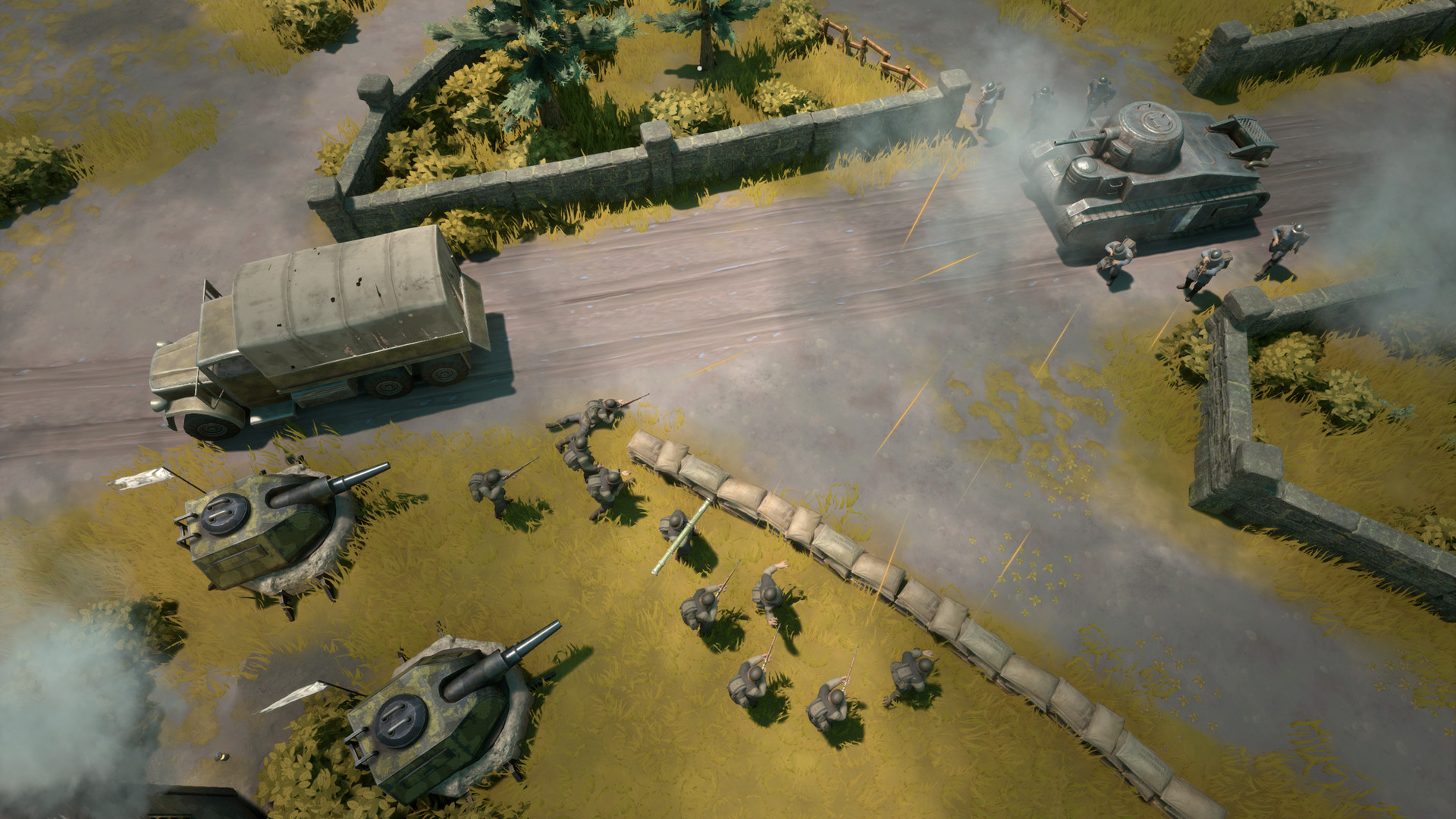 Now, you’ve probably realized that I keep bringing up the player’s interaction with one another, so let me just go ahead and say it. This is a team game, communication is key, so having a microphone that you can use to talk in-game will surely improve the experience for both you and everyone else that’s around you. With that said, one thing that worries me is the decreasing player base. The game does still seem to peak at around 700 players daily, but it sometimes goes do to the 300s, and this seems to be decreasing ever since the game was released on Steam’s Early Access. In any case, I worry that a few months down the line there won’t be as many people playing the game, at least as many as it needs in order to keep at least one moderately packed server. But, even then, there’s always the issue associated with ping and lag when people from other regions try to play the game, but there’s no need to get worked up about something that hasn’t happened yet.

There’s another thing that I feel needs to be mentioned, and it’s really only something that I started to realize as I spent more hours in Foxhole. Considering that the game is a top-down shooter, at least if you’re playing it as one and you’re not spending 100% of your time helping the war effort behind the safety of your frontlines, I’d say that one of the most likely reasons as to why a lot of people seem to have stopped being active in the game is that the actual shooting aspect is pretty mediocre. It’s worth noting that I’ve never been a fan of PvP top-down shooters, and I think that Foxhole emphasizes one of the major reasons as to why. A lot of times, what you end up doing is firing off towards the edge of the screen, most of the times firing towards the direction of incoming shots, in the hope of hitting someone you can’t even see while they do the same. It can get somewhat boring and tedious, and some might argue that there’s more luck to it than actual skill. 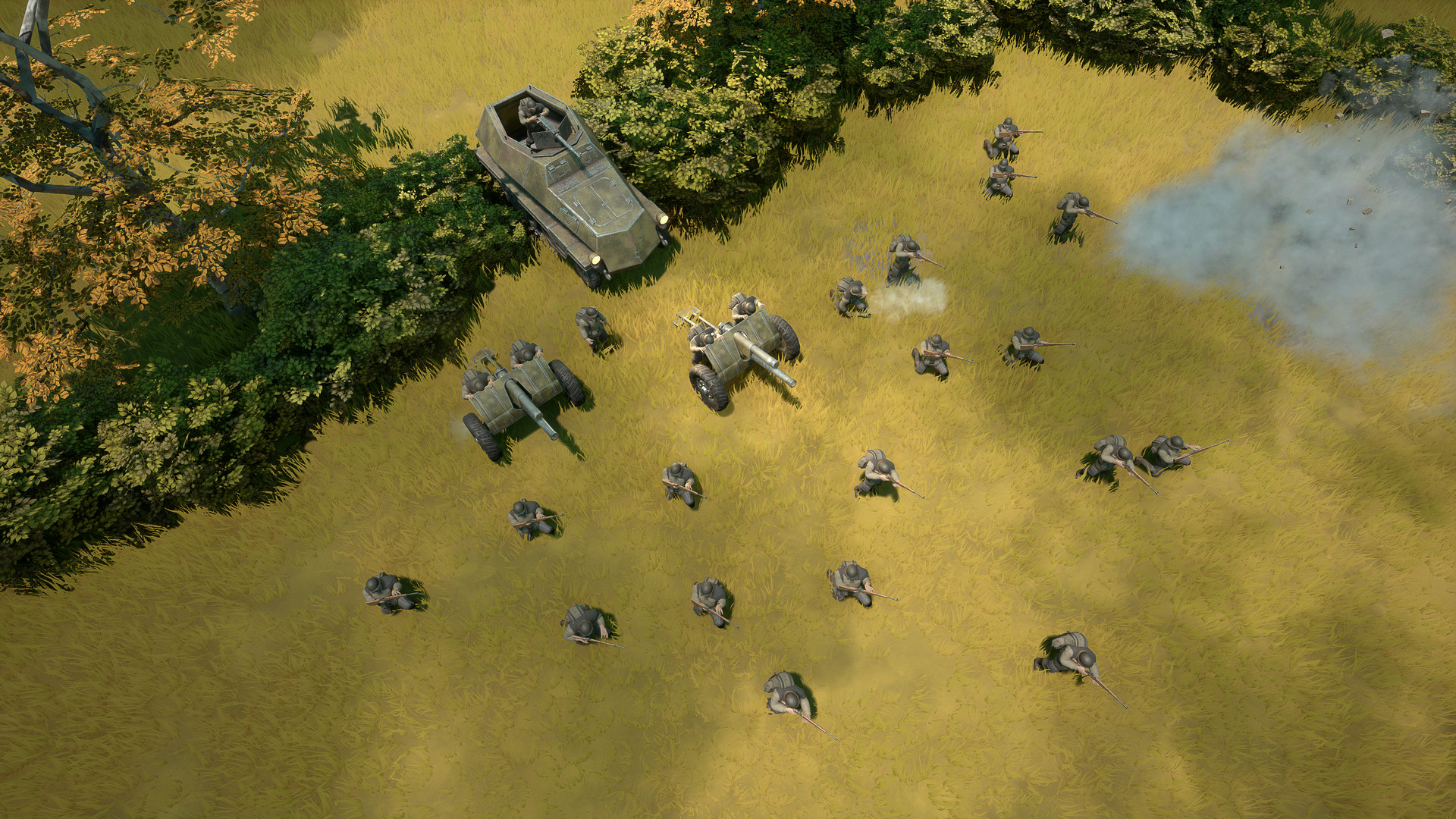 With all that said, I really like the game. It looks good and it plays good, for the most part, and the community is very open to new players and to talk whenever there’s nothing really going on the game. I actually find it somewhat hard to describe what I find so special about Foxhole, but, in the end, I just think that it’s one of those cases in which the players really have the potential to carry the game forward and bring new people in. Of course, I’m not going ahead and recommend this to anyone.

Foxhole is a game that requires time, you can’t really jump straight into the action as soon as you join a game, and, chances are, you’ll most likely find more enjoyment in helping someone else than in killing an enemy. There’s just something gratifying about doing a simple thing, such as driving a bunch of fresh spawns to the frontlines, that makes it feel like I’m one of the many key elements that make up a working war machine. That’s what Foxhole is all about, it’s not about the lone wolf that kills the entire enemy team or the best squad, it’s about the bigger picture.