From the Kings of the Mobile Tower defence genre, Comes a new title and a new direction. Put your helmet on soldier! You have been enrolled in the Iron Marines. OOOORAH!

From the creators of the award-winning Kingdom Rush trilogy comes the most extraordinary space odyssey. A real-time, dynamic and deep strategy game that will transport you to amazing and unknown planets. Immersive, engaging gameplay, ridiculously appealing art, and a touch of silly humor. Brave soldiers, mighty mechas and powerful aliens await your command to face the greatest challenges.

Recruit and train the greatest heroes in the galaxy, lead them into dangerous missions against near-impossible odds and unleash their mighty powers and abilities. Adapt your strategy by changing the role of your troops even in the thick of the combat, from ranger to sniper, from flamethrowers to missile launchers. Turn the tide of battle with bomb strikes, intelligent mines, support troops, turrets and a wide range of special weapons.

Rarely do development teams have a signature look or feel. I can count on one hand the number of devs releasing products with a consistent level of quality. Back in the day, there were the Bitmap Bros, Ultimate play the game(Rare) and id Software. On the mobile scene, one team has stood out amongst the rabble and clone devs. They are Ironhide, residing in of all places Uruguay. A country not known as a hotbed of tech-savvy companies. This small team has repeatedly brought quality to the wastelands of the App store and Google play portal.

Their trilogy of Kingdom Rush titles have taken the basic tower defense formula and made it their own. Adding layer upon layer of extra systems to become the kings of the genre. They have now turned their attention to RTS. Many have tried and failed in porting this PC stalwart onto any mobile or console platform. Most have struggled to convert the fidelity that a mouse control system has to touch devices.

Ironhide has basically taken their tried and trusted game framework, lock stock and barrel, then transplanted it into an RTS campaign. This plays out like a mini Starcraft single player adventure. Slowly unveiling new troops and powers as you progress through the storyline. Their masterful approach to unlocks easies the player into all the gameplay systems. There’s a limited base building component whereby you can install base defenses such as minigun turrets, missile launchers, and energy shields for every new unit.  Structures or enemies that you unveil during gameplay are accompanied by a detailed pop-up information window. Movement has been adapted for the mobile platform. Tapping on a Hero or unit and dragging your finger to any spot on the map will do the trick. Pathfinding is excellent. Whilst in transit, units will ignore any local targets so it pays to take a measured approach unless you want to make a hasty retreat. All heroes and regular units regenerate health over time when not fighting. I’ve only encountered a couple of missions with time limits so it pays to take a respite in between skirmishes to keep your brigade in good fettle.

Here are a few tips I picked up whilst playing the game. Given that you only have a small number of units in the early part of the story, it’s vital that you know how to command your team in order to progress.

Priority Targeting: Tapping an enemy will cause all your units to prioritize that enemy

Multiple Squad Selection: Double tap any area of the map to select all units around that area, all those units will move as one.

Unit range: tap on them. A dotted circle will appear around them, indicating their range of attack. If an enemy steps within this circle, the unit will automatically target them. Missions are a good blend of capturing nodes, empty buildings, recusing scientists, stranded allied units, all-out assaults and hacking terminals. The special operations side missions are a bit more hardcore than the regular story arc. They require pinpoint tactics and deep strategy in order to beat them. One of the highlights is a horde mode episode with nothing but a single hero unit to defend an isolated camp from wave upon wave of attacks.

The campaign takes place over Two planets: Sagan -1, Ascendaar. Sagan has 8 main missions, 6 special ops. Whilst Ascendaar has 6 main missions, 4 special ops. Further content will be added over time. Ironhide has always supported their previous products with a long tail attitude and I’m in no doubt this will continue with this title.

Heroes are your primary units and have two special power-ups and one passive ability. They are as follows:- Taggins, Kara, Paragon, Fate, plus pay to unlock, Ajax, Sha’tra, Dr. Graaff, Darwin, Mark x There’s a certain pomp and pageantry to the main theme. All terminator style drums and strident strings stabs, with a fugal horn section counter melodies weaving between a lush string lead top line. The main menu has a BBC Blue Planet vibe with grand strings spiraling scales betwixt some ambient passages replete with reverse synth pads effects, to give that extra-planetary feel. Mission soundtracks are a mixture of modulating one-note bass notes riffs with glistening echoing spacey like chimes and ghostly chord sweeps. Very much your standard outer space fear-inducing fare. Spot Fx are the cliche sci-fi bleeps and clicks as you navigate the UI. troop select VO is of an acceptable standard, low-level marines have the time honored “Oorah ‘Merica” feel. Drop pods whoosh in and hit the ground with a satisfying low-frequency thlunk.

Ironhide trademark unique cartoon-like sprite and texture work is on point and of the usual high standard. Their use of color and fine detail is top tier. The opening missions are set on Sagan-1, which is resplendent in a day glow green and pastel blue hues. Alien structures are a vibrant pulsating pink, churning out out red gooey units. The next planet, Ascender, is more of a granite gray vibe very reminiscent of classic RTS such as Brood Wars or Total Annihilation. Even when the action gets frenetic, units are clearly visible. To add to the overall sheen of the presentation, little touches embellish the experience. Rockets leave smokey trails of destruction and alien green slime bombs ooze convincing. It’s a tricky balancing act to create an RTS on a mobile platform. Ironhide has managed to get close to the essence of what makes the genre so compelling. The control system is solid and easy to pick up. The campaign content is worthy of the asking price. The one caveat I have is not the game itself but the overall gameplay. RTS by its very nature is not pick up and play. It’s not a short burst puzzler. Some of the later missions can take up to 20-30 minutes to complete with no in-game save points. Sure, you can put your device into hibernation or suspend mode, but is that really feasible to pick up mid-battle and be successful. Air flights and long commutes would be the ideal environment for this kind of deep tactical content. Perhaps I’m over thinking things and we should be glad to play a quality title when and wherever we want.

In conclusion, I’d recommend Iron Marines to anybody looking for something a bit richer than the average throwaway time sinks currently available on the mobile marketplace. There’s plenty of strategic goodness to be had with the opening content and more coming up in the pipeline. Ironhide has hit on a formula that just plain works. The mixture of unlockable hero units and multiple difficulty levels offers the player a fantastic array of tactical options. Knowing what units meld together in order to defeat a certain objective has always been compelling and addictive. So don your helmet soldier, you have just been enlisted in the Iron Marines. Oorah indeed. 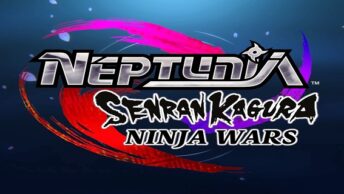