REVIEW: The Land of Pain

A 3D story driven horror adventure. Reveal the truth while escaping the monster!

Land of Pain (LoP) is a first-person adventure with beautiful CryEngine graphics. You spend your time walking (and running when necessary!) around the landscape during night and day, exploring buildings and caves for clues and items to allow you to progress. It feels like on open world environment but it’s impossible to get lost (unless the game wants you to be lost eg. in the mine tunnels). If you try to backtrack too far or go in the wrong direction you’ll be gently herded back by an invisible barrier and a dialog reminding you not to go that way. 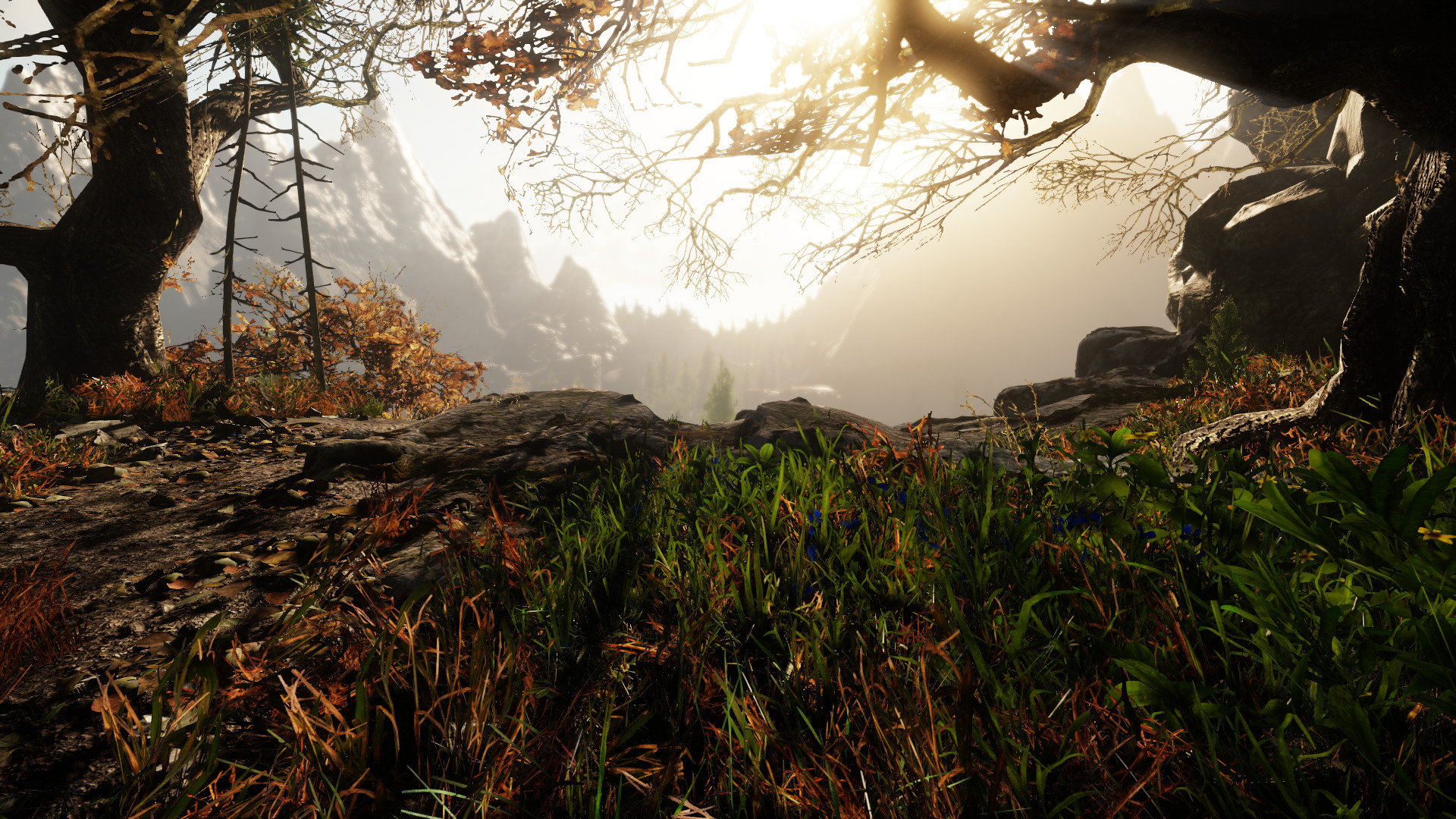 Along the way there are journal pages to pick up which briefly describe your findings. You normally only read these once as you discover them, but later in the game they become a helpful reminder of the overall storyline that gradually unfolds as you proceed. Once in a while you get chased by the monster! You can run away and hide if you’re lucky, but being caught is no big deal, you just die and respawn at your last checkpoint which is always nearby.

I played with a controller and the features are very simple. Left-stick to move, right-stick to look around, X to interact, Y to toggle lantern, A to jump and RB to run. You can use the menu button to look at the journal pages you’ve picked up but it’s never necessary. They are short snippets that you read as you pick them up. There isn’t even an inventory – you may occasionally pick up a key or a crowbar or whatever, and it’s displayed at the bottom of the screen only for the short period before you inevitably use it soon after to unlock the way to the next area. All very straightforward. The walking/running speed of the character and the camera turning are all set up perfectly, it feels smooth and natural as a game of this type should be.

There’s no pointer on the screen, which I like a lot because there’s nothing to distract from the immersion in the environment. When you look at something, for example a door, the word ‘door’ appears and you press X to try it. No nonsense! You never need to use one item on another item, work out how to use something or generally use much brainpower, you just have to explore the area and press X when a word appears and then a (usually obvious) clue appears at the bottom, dropping a heavy, unsubtle hint about what to do next. If you’ve picked up a crowbar and then discover the thing that it needs to be used on, the event will happen automatically without any further intervention from you. No need to work out how to implement it or anything.

Death is a regular occurrence. You’ll fall off cliffs, miss your footing on plank crossings and, of course, get caught by the monster! The autosaves will put you right back at a nearby checkpoint to try again, so no harm done. 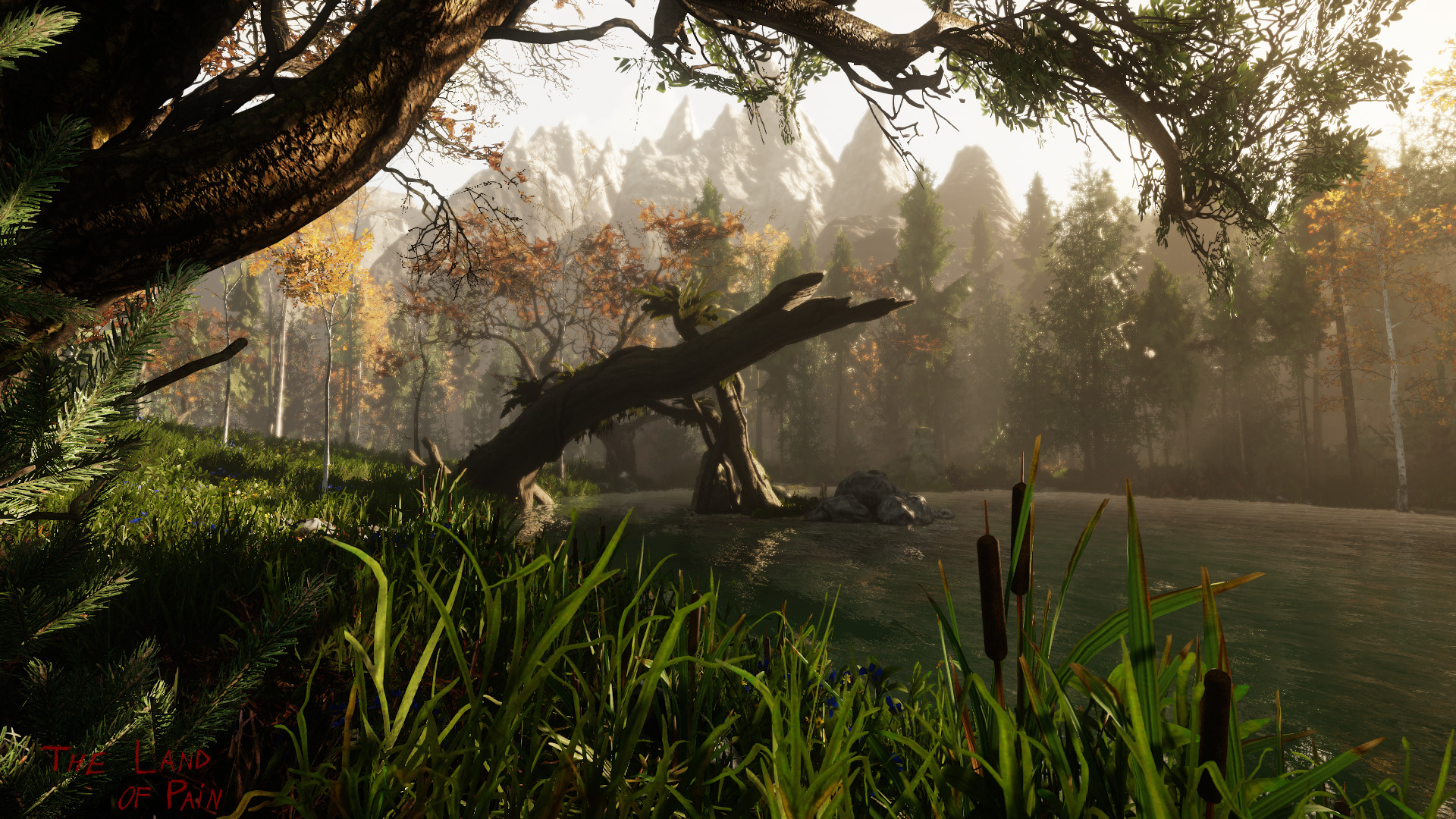 I have a GTX 1050Ti and with in-game graphics cranked up to the max there is no frame dropping or lag of any kind and my PC fans blow at a steady rate. The only point I need to mention is that (at time of writing) the game occasionally crashes without warning. It doesn’t happen often enough to become annoying and the autosaves allow you to recover immediately without any adverse effects so don’t let this put you off.

A lot of the game is fairly plain sailing but after a while you find yourself stuck in a certain area wondering where to go. Once you have some experience you come to learn that yes indeed, you will have to try to get past that monster, there is no other way! It can get frustrating, but then when you finally succeed you look back and realise that it’s “easy when you know how”!

Many games in this genre tend to cram in tons of puzzles and tricky details and whatnot (see next section). LoP doesn’t have any of that. It focuses on having you explore the environment to find the ‘unlock’ item, and then finding the way ahead – sometimes having to run from the monster. There’s nothing complex about it but the challenge is definitely there. 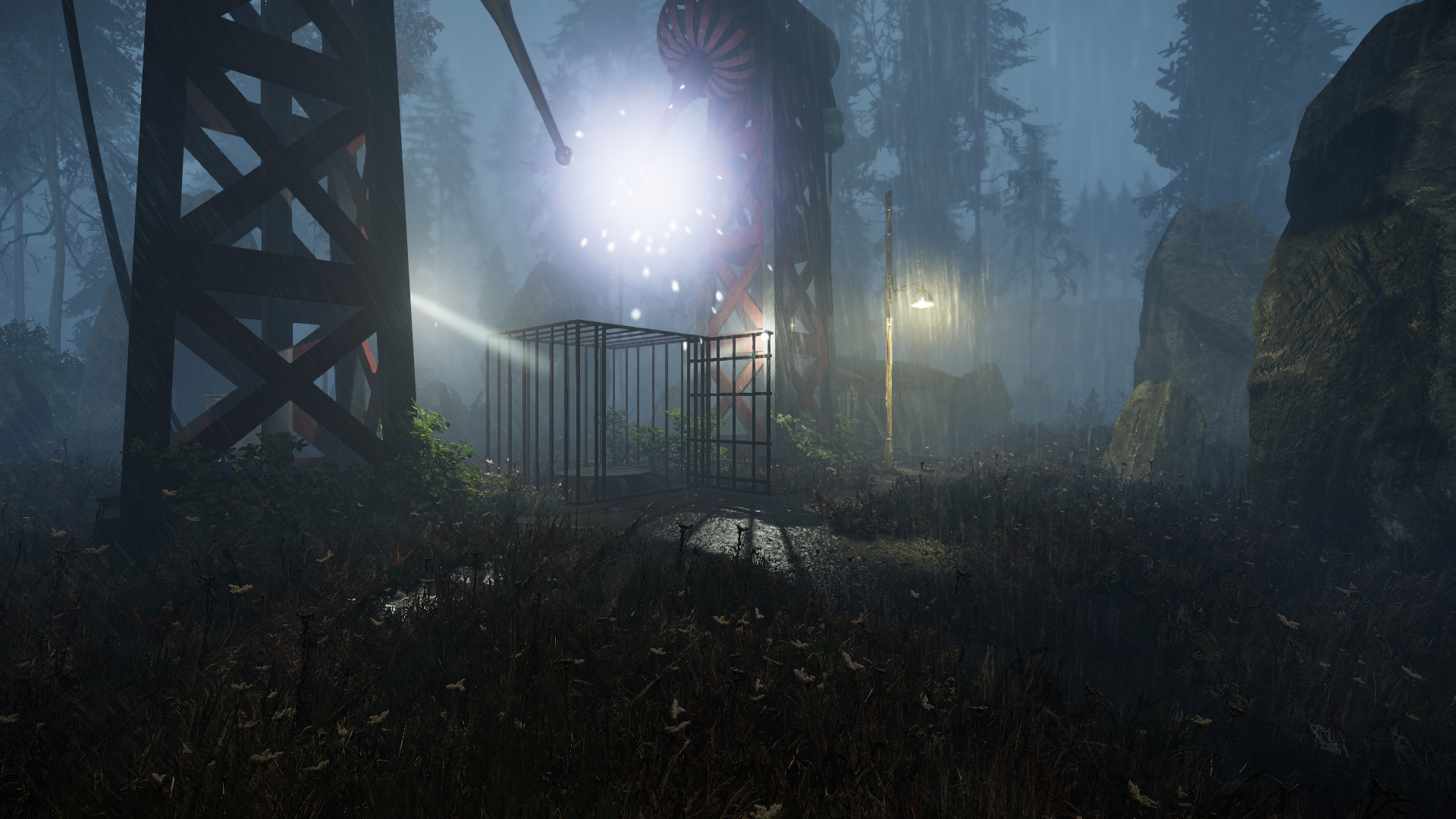 Land Of Pain vs Conarium

I know it’s a bit naughty to talk about a different game, but I think in this case the contrast will help to explain what Land Of Pain is like, so I’m going to indulge myself just this once. Here’s my Conarium review.

The first main difference is that Conarium is set mostly underground so it’s always either dark or with room lighting, and you can never stray very far from the limited area where you need to be. LoP is outdoors, so you have the day/night cycles, weather and more of a feeling of opennness. The active area is still not very large but you can wander off the path into the undergrowth and poke around in the bushes which gives more of a sense of freedom, even if it’s an illusion.

Conarium has clues, items and journal entries crammed into every nook and cranny, there is absolutely tons of it, you have to rummage through endless drawers and hidey holes and then you get to the end of the game only to discover that you’ve barely found half of it. LoP is the opposite. You have only a very small number of items/clues to find and then you move on. Your progress feels much more fluid without any distractions, and you feel like you can just enjoy the scenery without the constant pressure to inspect every pixel on the screen with a microscope.

LoP graphics are very pretty indeed, I have no complaints, but when you get close up to rocks and walls the textures lose some detail even with graphics settings at maximum. I think the UE4 engine of Conarium has the edge – the lighting effects especially give it a real wow factor – but I’m being picky here, LoP graphics are also wonderful. 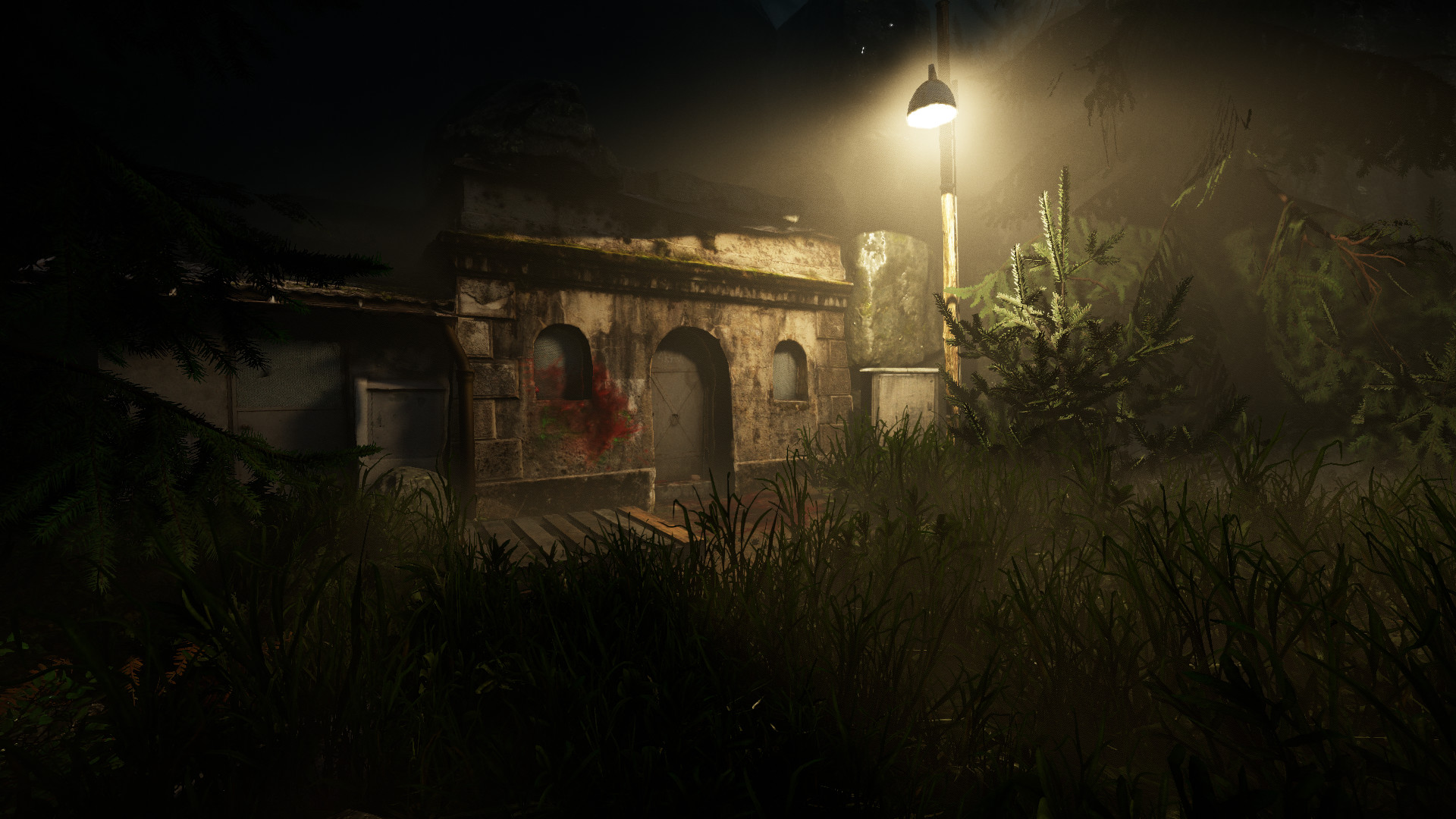 LoP definitely takes the prize for gore and horror, with blood everywhere, a monster occasionally chasing you, and screaming bodies being hurled out of bushes like ragdolls. The journal pages you collect are very succinct, they serve only to further clarify the storyline that you’re already following. Conarium has a lot of reading material which I stopped reading after a while because it was all mysterious and didn’t make much sense to me. Fine if you’re into that kind of thing, but personally if I wanted to read that much I’d pick up a book.

Conarium is a very, shall we say, sterile environment. You rarely see any live humans, animals or monsters. LoP feels like a more lively affair. There’s the monster, but also things like scurrying frogs and rats, and the occasional scream from some unlucky victim nearby all helps to make it feel more alive. This, along with the focus on exploration rather than solving cerebral logic puzzles and using inventory items, urges you to try to push ahead and find the way instead of lingering and trying to solve everything like you would in Conarium.

I feel privileged to have played both games. The concept is similar but they are very different to play. If you like collecting items and solving puzzles then Conarium is for you, it’s densely packed with all that stuff – reflected in the price tag which is almost double that of LoP. If you prefer a more ‘pure’ uncluttered horror experience focusing on exploration and jump scares then LoP is the one to choose. It just depends on your personal taste. 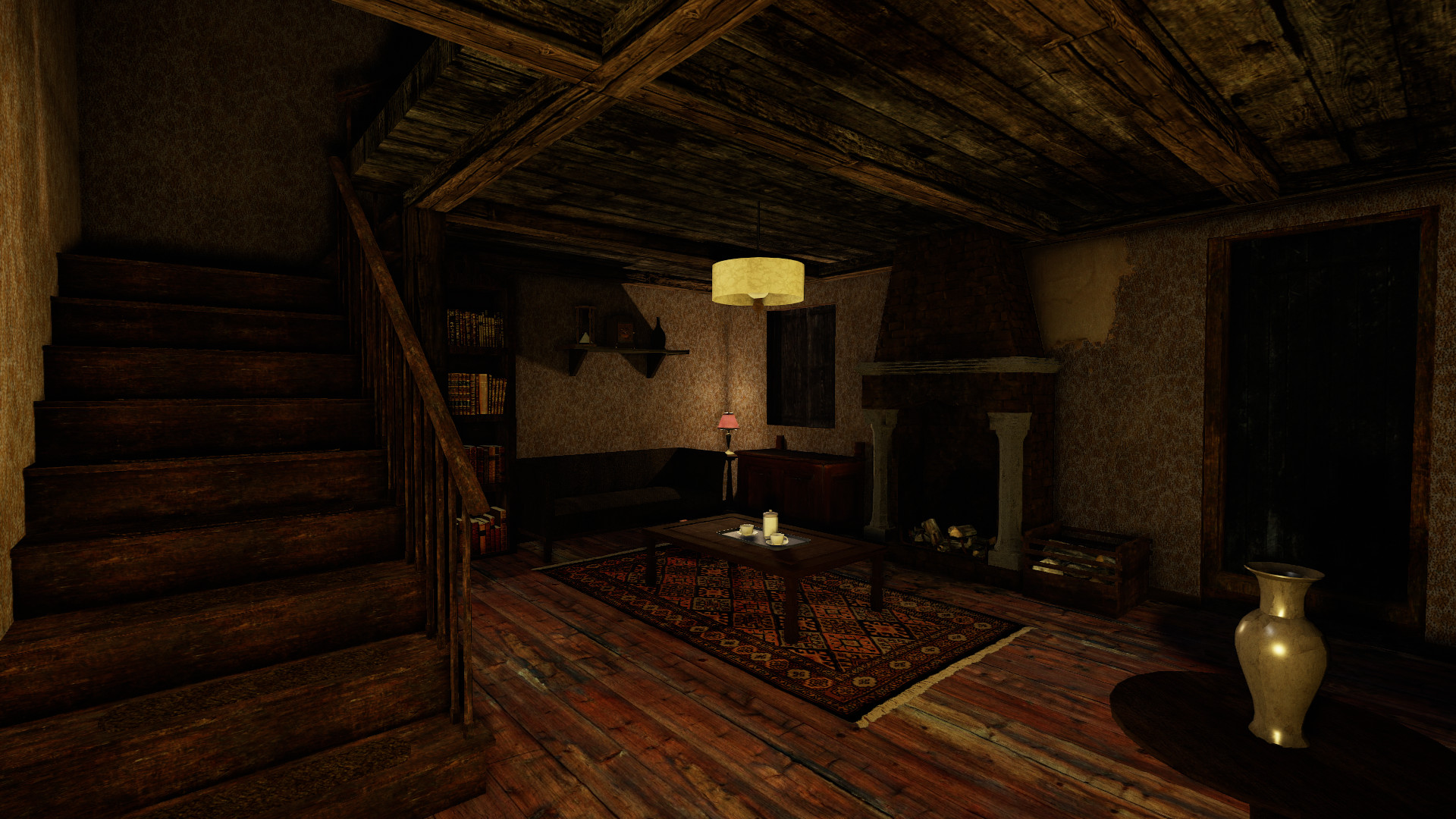 This is an excellent adventure horror game that dispenses with all the small details of inventory items and puzzle solving, and instead focuses on exploration and running away from a scary monster in a very immersive environment. It’s a lot of fun and it really does give you a heart-attack-inducing fright when the monster catches you, even if you’re expecting it! It costs less than I expected too, so I highly recommend it.