REVIEW: This Strange Realm of Mine
Add comment
Share:TwitterFacebookRedditPinterestWhatsAppEmail

REVIEW: This Strange Realm of Mine

A shooter with poetry, philosophy and horror. Yes, all of this.

I have already mentioned my mixed feelings about retro-shooters, with too many of them taking on the mantle of the boring Wolfenstein 3D before the magnificent Doom explained that the levels cannot just be monotonous corridors. And yet, I love games with sprites for enemies, which makes it difficult for me trying to resist playing those games. Luckily, sometimes there are outliers that create more interesting levels like Still Not Dead or, in this case, This Strange Realm of Mine.

How do I even talk about a game like that… There are so many things mixed together. Alright, something to need to be quickly understood is that this game is not here just to be a shooter, this is also Art. 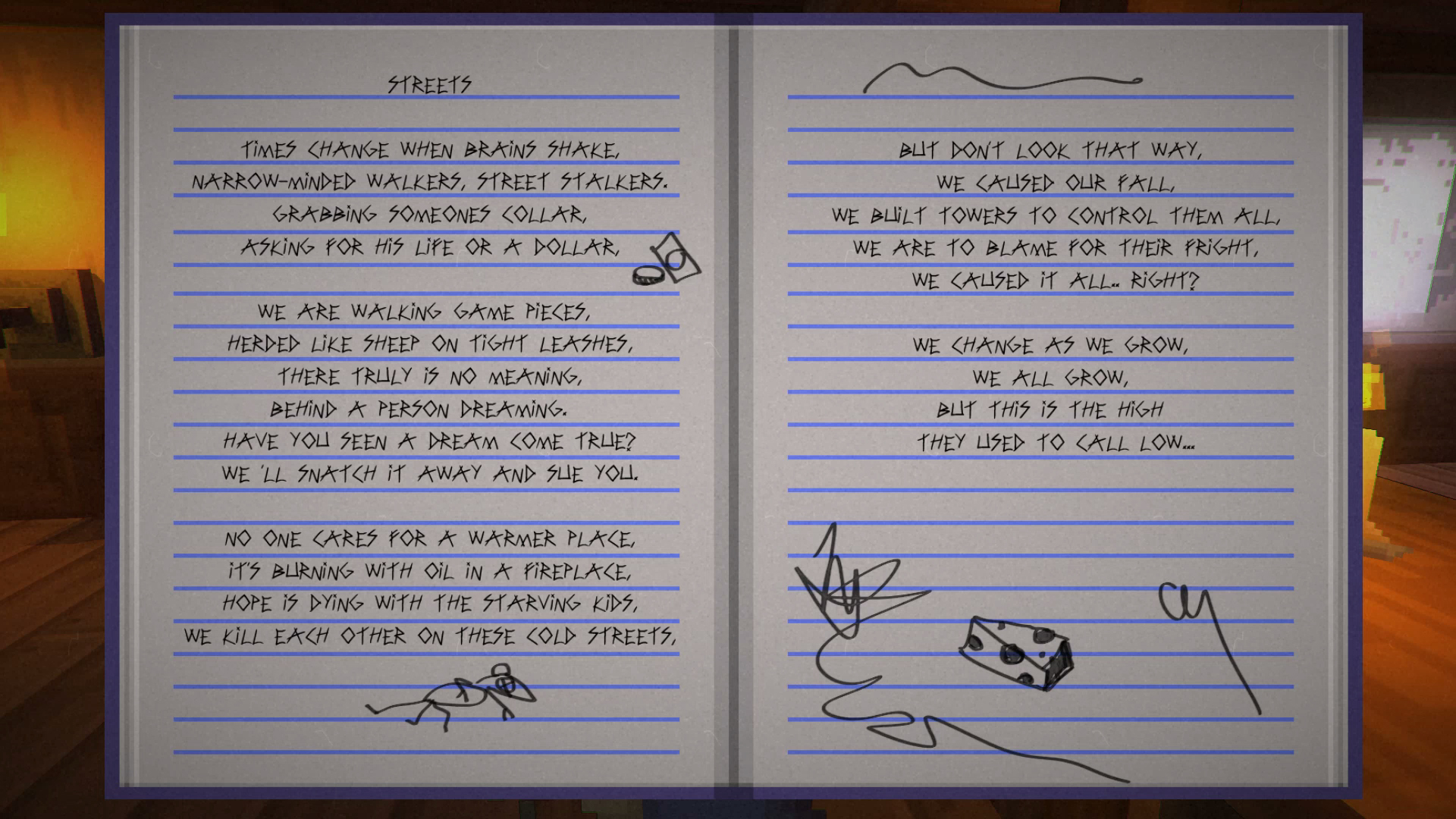 I don’t want to fight

And, thankfully, that is something to consider because the shooting part is lacking, to say the least. Too many enemies will hit you no matter what, the gunfights can be quite stiff in terms of movements and most weapons are not very fun – except the shotgun. The shotgun kicks some monster butts into chunky pieces. But yeah, the shooting is not super fun and actually quite hard in the higher difficulties, I had to restart some sections a couple times. Talking about restarting – there are no quicksaves nor checkpoints, when you die you go back to the entry of the current section you are playing in. This can be quite grating, so if you don’t feel like struggling I suggest that from the start you choose the lowest difficulty. The moments when the shooting is alright are actually later in the game, however, on several occasions the player starts with a melee weapon and it is awful to use. The enemies take a few hits to shoot down, and they always manage to land some on the player as well. Health is a scarce resource in this world. Even worse, losing life drains colors from the view which is a horrendous crime as it makes hard to distinguish between elements on the screen and prevents from enjoying the pretty sights. 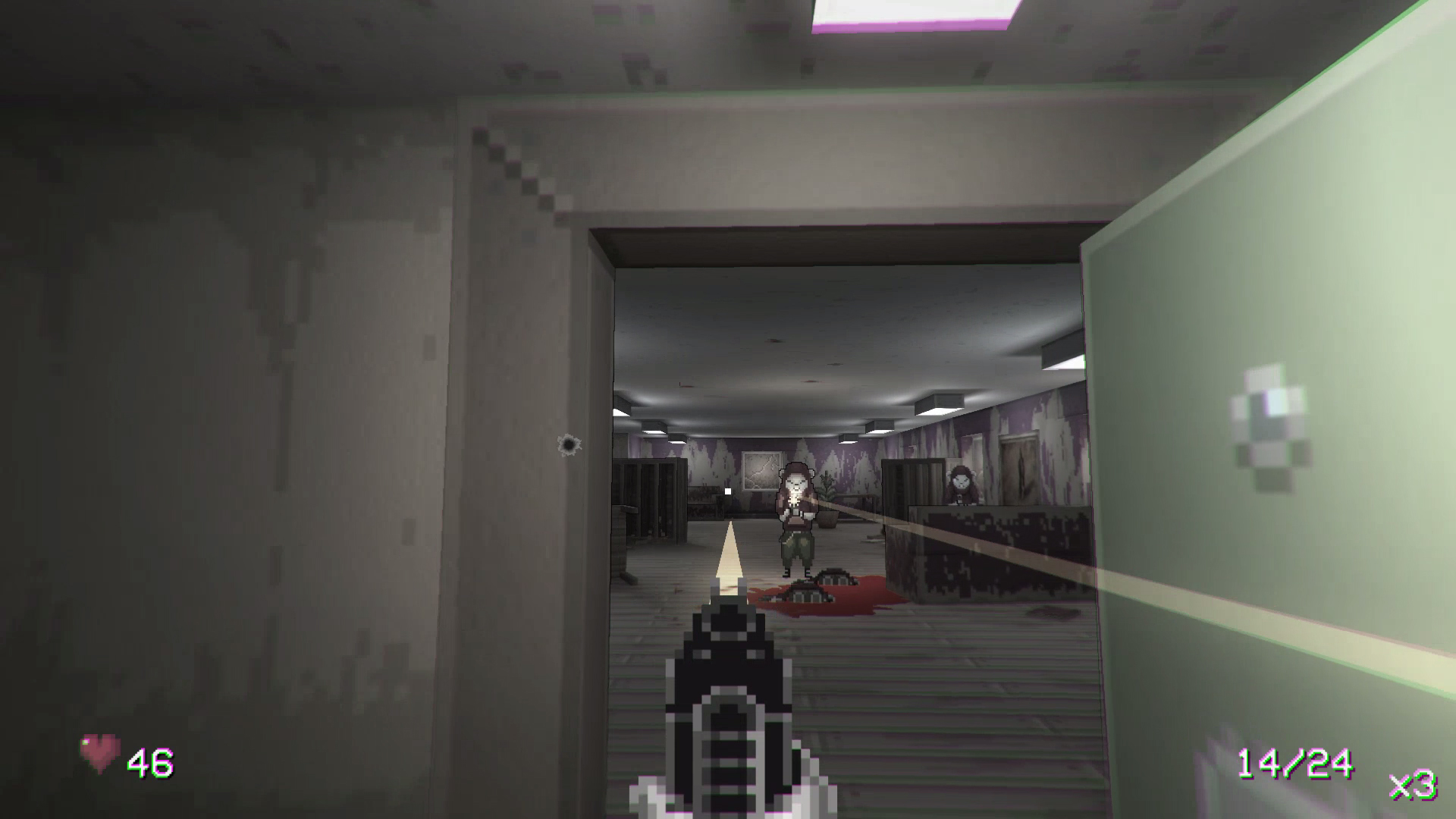 A mix of styles

There some more horrific moments with enemies crawling in the dark, and despite the shooting, those were actually well done. Players will also find many pitch black areas and corners, so it frequently happens that a monster sneaks in and startles the player without a cheap scripted jump-scare. The music is overall quite good and reinforces the moments of tension quite well. Added to that, most levels have a different and interesting art style. Each level is quite different from the next, from dark caves to mountains in the sky passing by a space shuttle. This comes off as feeling strange and disjointed, but I will come to that very soon. There are also some easy puzzles to solve here and there, and just enough verticality and crossroads to not feel like you are in a boring corridor. Catastrophe averted! 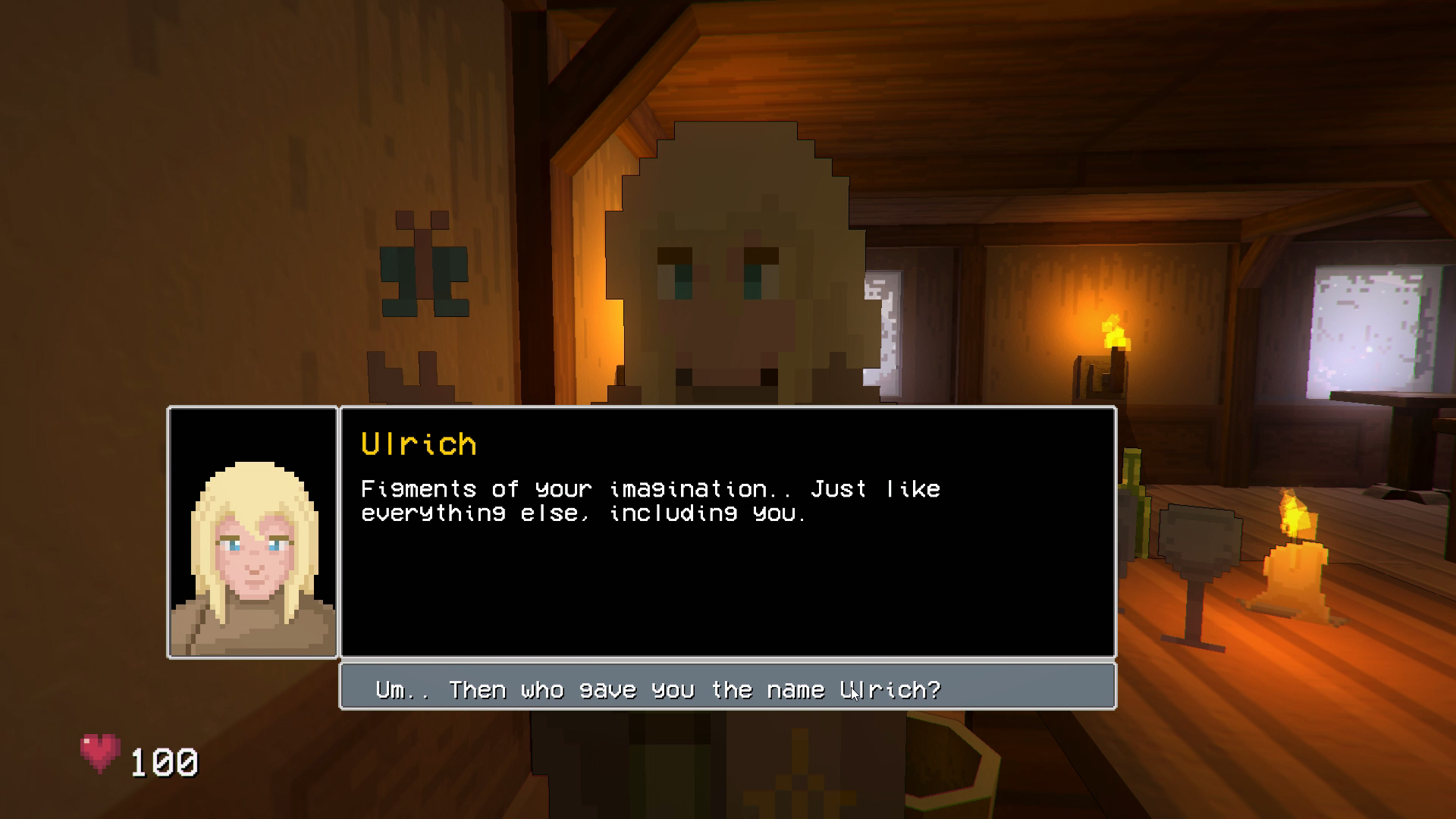 Each level has a specific character to interact with and bring back “home”, a tavern where players collect all these characters that seem to have come out of an anime. They all have something different to say, as if each was related to another inner discussion of the developer’s mind. It can get quite metaphysical, or about social anxiety. Or about poetry. There is a lot of poetry in this game, from one character who is always more than happy to show their new poem to the player or text screens during loading times. I was quite put off by that, and at first, I thought that it was very pretentious artsy stuff. I don’t mind a little bit of poetry, but here there is just too much of it, everywhere, all the time, and most importantly it clashes horribly with the anime pixel art. Then I also noticed all the paintings on the walls, again clashing with how the rest of the game is in pixel art and they are not. And I realized that the game was not being pretentious. Turns out that it was not talking to me, but rather it was as if I had simply picked up someone else’s notebook. This is more like the inner mind of the author, putting together a bunch of disjointed things he likes, a bunch of situations he likes from games, and having a discussion with himself about the meaning of life, social anxieties and how he is trying to cope with all of that. 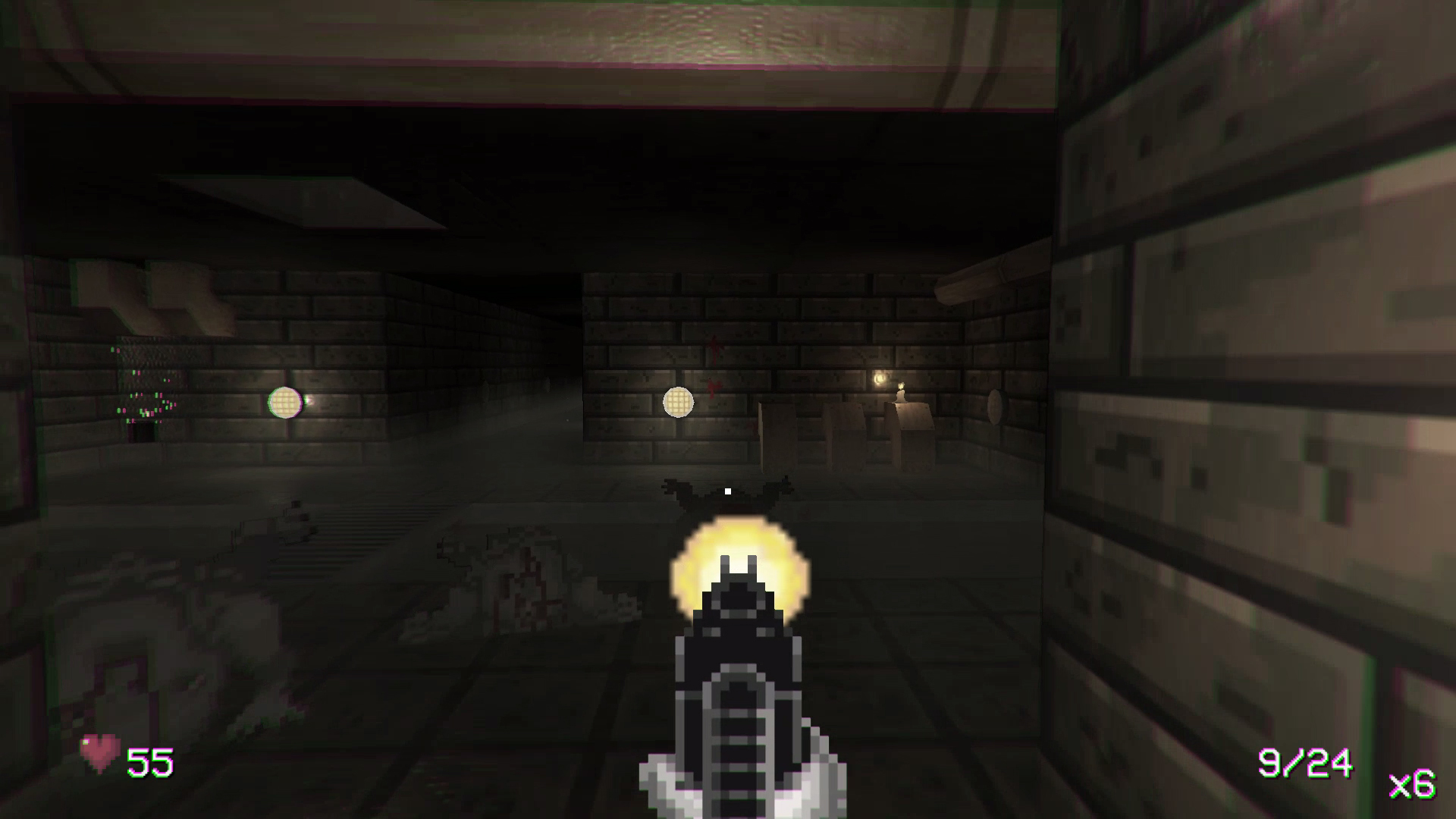 I absolutely could not relate. I am not very social myself, but I have no social anxieties. I have made my peace about all these questions since eons ago. In the end, I was skimming through the poems and the dialogs like a ruffian. None of this clicked for me, but I know that for anyone with mental health issues, and/or with anxiety disorders, and/or depression and/or in their teenage years, this game would have a lot to say to them. 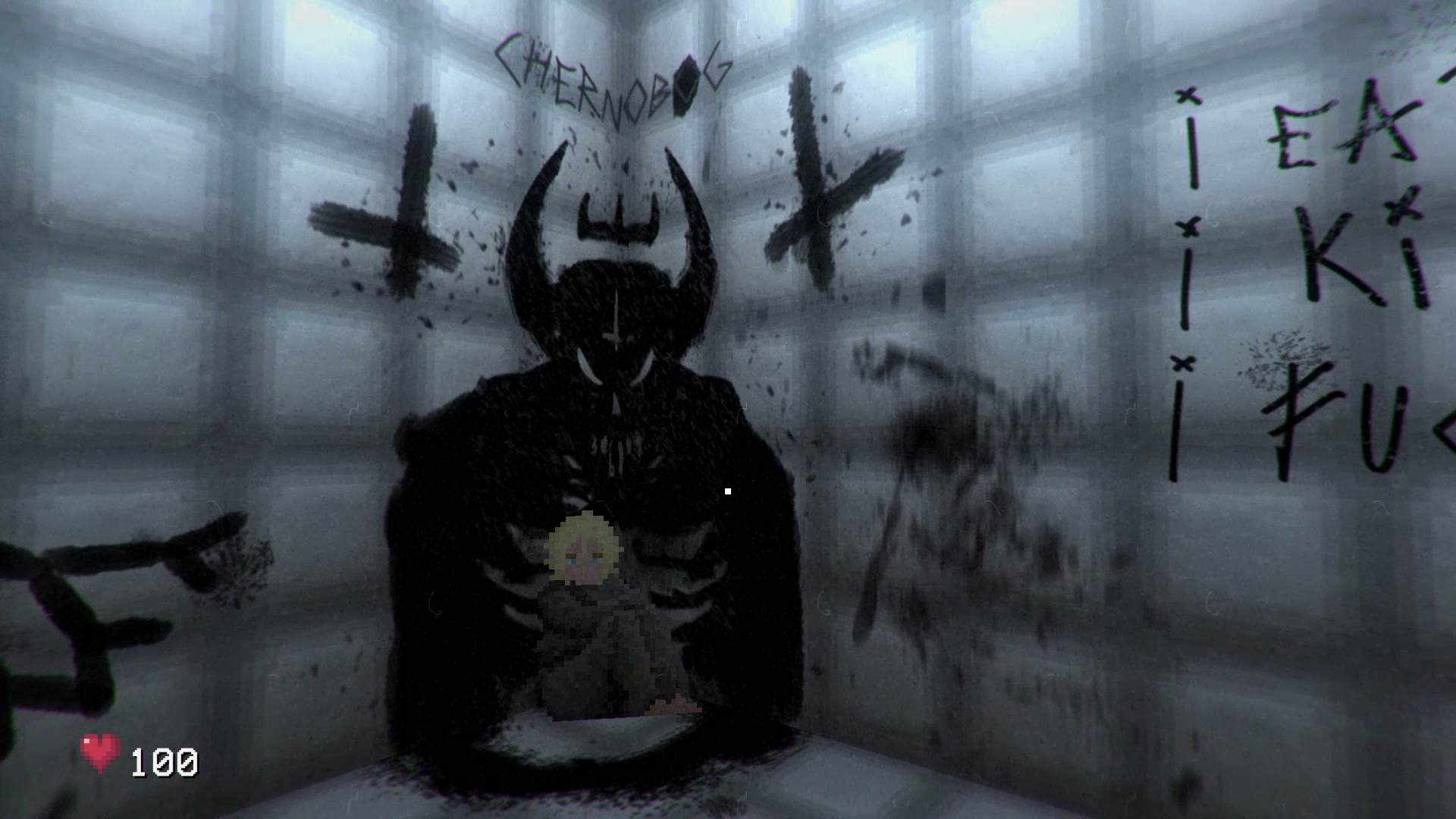 What I can say though, is that I thoroughly enjoyed one specific level. The one about confronting social anxiety. In this level, the player character wakes up in its apartment and has to collect a package from the post office but every single human being is represented as a monster with huge eyes focused on the player, and their simple gaze drains health points. That was BRILLIANT, a marvelous way to mix the message and the gameplay. Just for this, I am glad that I experienced this game. Another level whose concept I enjoyed consisted in massacring creatures to feed another. Brutal. 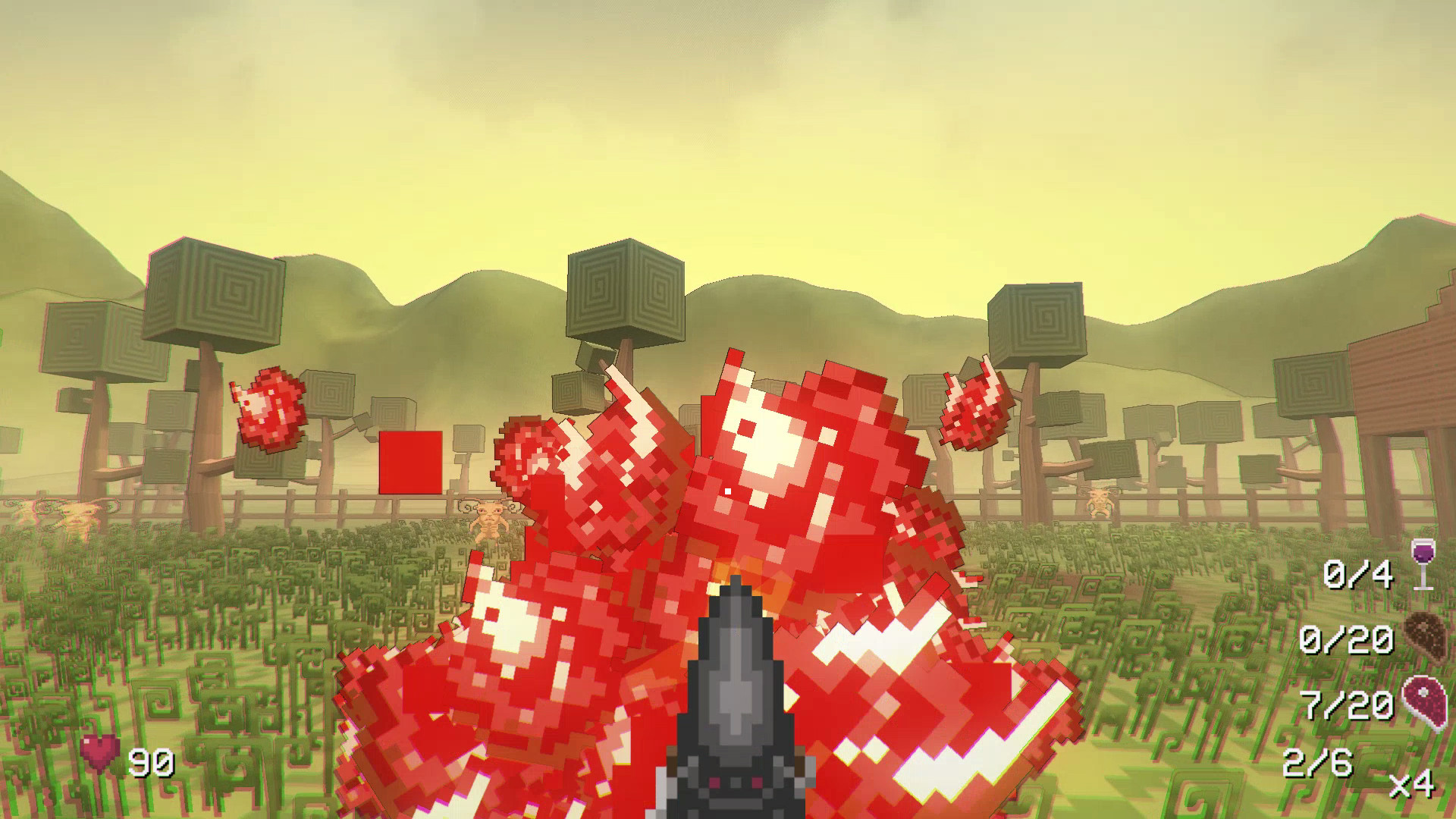 I finished in around 3h, which might seem short to some but it’s the expected length of most of these games before they overstay their welcome so I don’t have anything to complain about here. Technically, the game runs quite well and there were no serious issues to report. Which is surprising, considering that at some point there are some shorter sections borrowed from other genres, such as a platforming level, and it handled very well. 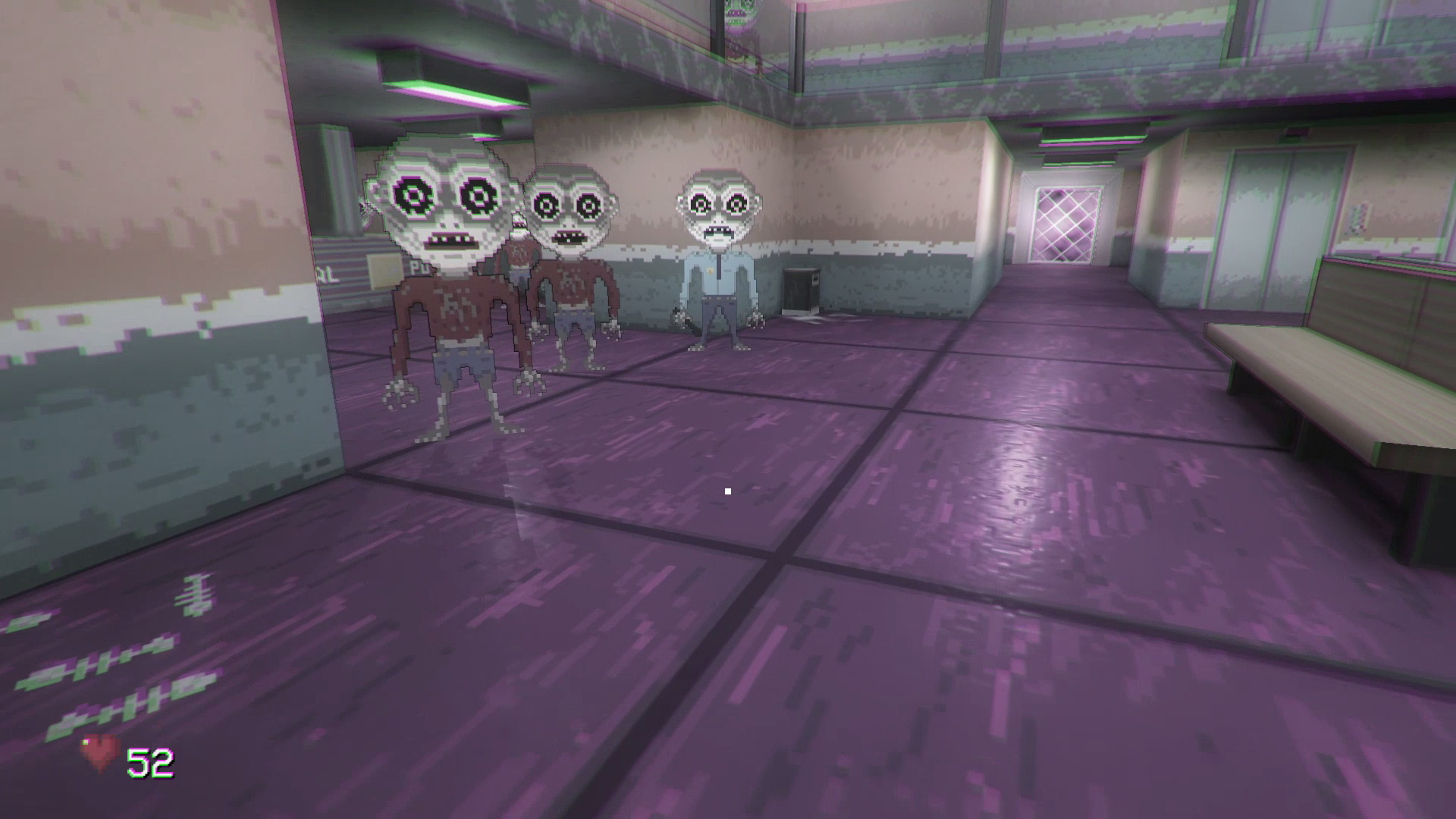 This Strange Realm of Mine has a pretty good self-describing title. It’s a world in which the developer stuffed some of his art, several different gaming elements he enjoys and mixed it with his own internal metaphysical discussions with lots of poetry thrown everywhere as if it was more a gallery than a game. While it completely flew over my head, if you are a teenager or young adult with anxieties you should definitely get this, there will be many things for you to relate and perhaps guide your own reflections. If you are not such a person, then the game is a hard sell for you as it’s not an especially fun shooter – this is clearly geared towards Art. I still took away some interesting levels from the experience, however, I can’t just recommend this to anyone so this will be a PAUSE rating.