Production Line is an indie strategy factory simulator made by the same dev who also released popular titles such as Big Pharma and Democracy 3.

Your goal is to build a vehicle production line that is as efficient as possible. While striving for efficiency, you also have to think about expanding the factory to make sure your competitors don’t get ahead of you. As you unlock new car models and more advanced building stations, you also discover more complex parts of the game, such as producing the necessary parts yourself instead of importing them. 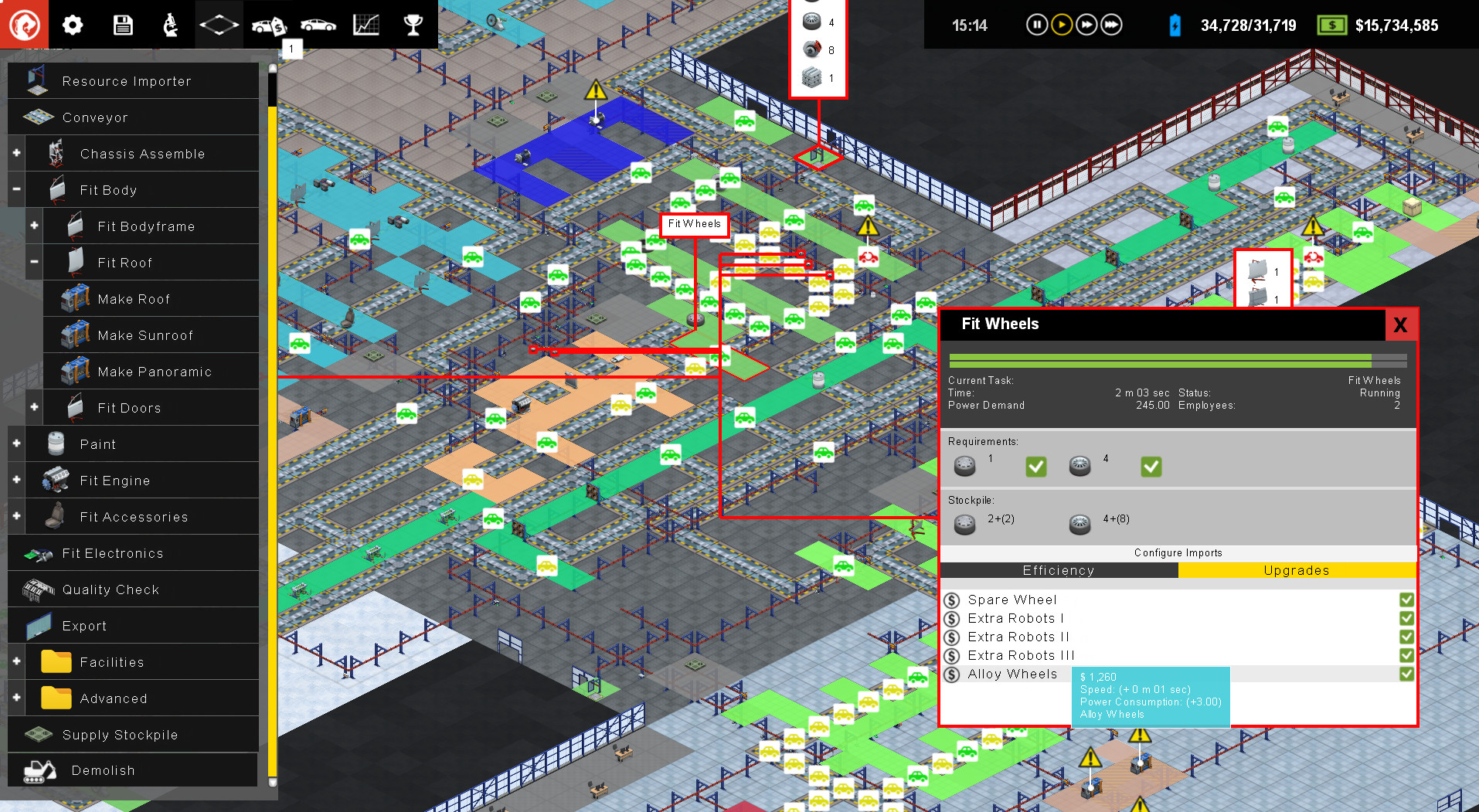 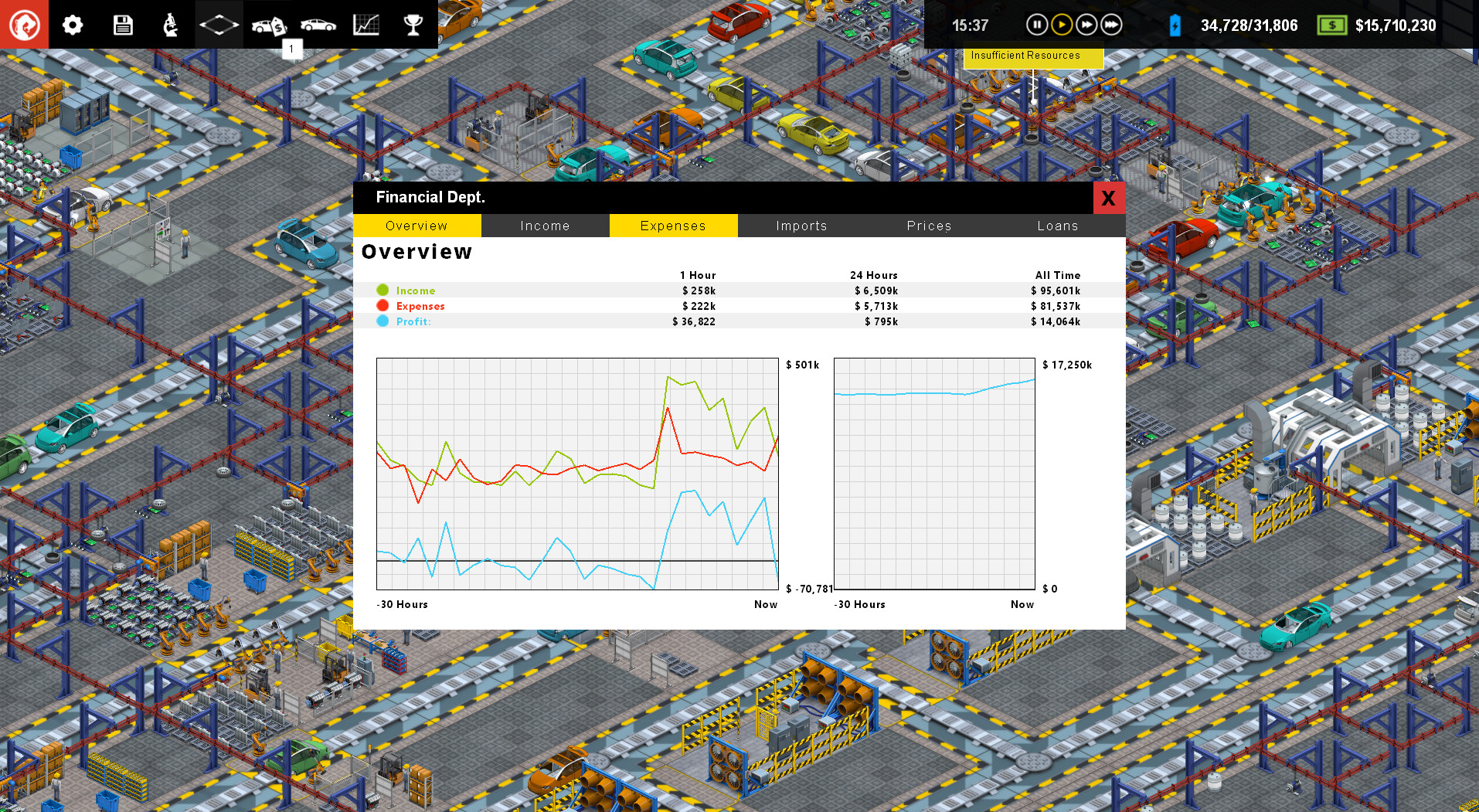 Although some aspects of the game are mediocre at best, Production Line still has a lot of potential and is extremely fun to play. Everything that is listed under the cons can be fixed, so don’t doubt that this game will improve immensely, considering it’s still in Early Access. Although it’s not as polished as Big Pharma, I found it much more pleasant to play and I think that, within months, it will be one of the best games in its genre.