Portal Knights is more than a Minecraft clone. Some ideas are good, but with the sparse quantity of NPC quests and the absence of a dedicated controller or keyboard UI, it feels unfinished. Still, for the current price the game is fun and entertaining for sandbox fans, especially playing co-op.

Portal Knights is a sandbox action game with RPG and crafting elements in which the player’s objective will be to travel through various portals to defeat the Portal Guardians; powerful creatures that exist in remote and dangerous areas of the world. This title is heavily inspired by the now all-time classic, Minecraft. In fact, many elements of its gameplay are taken straight from it, while some others are entirely new, making it more than just another Minecraft clone.

General Gameplay
Portal Knights follows the general gameplay of sandbox block-based games, which is to explore, loot, craft and fight. In this game, you will be able to reactivate portals all over the world and use them to get to other areas with different climates. As you progress, the areas will contain better materials as well as stronger enemies with more elaborate dungeons. Your character gains experience both from fighting, and also looting materials and containers. Once a certain experience level is achieved, you will be able to assign statistic points such as Strength, Dexterity, Intelligence and so on. There are also unique Traits that vary for each of the three available classes, which are Warrior, Mage and Scout. While leveling up is important, crafting equipment is equally so. You have an array of facilities at your disposal to craft better items, such as Anvils, Workbenches and Furnaces. Each is upgradeable various times to unlock new, more powerful blueprints to create with.

You have the possibility of building a base anywhere, as there is a teleportation pad you can place where you can return at your command. Also, many other useful tools for base building are present, such as magic anti-enemy barriers to prevent mobs from spawning inside your fortress. The overall gameplay is quite classic for this type of game, but there are elements that make it unique and involving, not just another copy-paste of Minecraft. The game can be played both solo or with co-op (local and online), and is enjoyable both ways.

This game also has an event system, which basically makes special events happen in a random world on the map. These events often include unique enemies or special locations offering specialized rewards, so you better check them out. 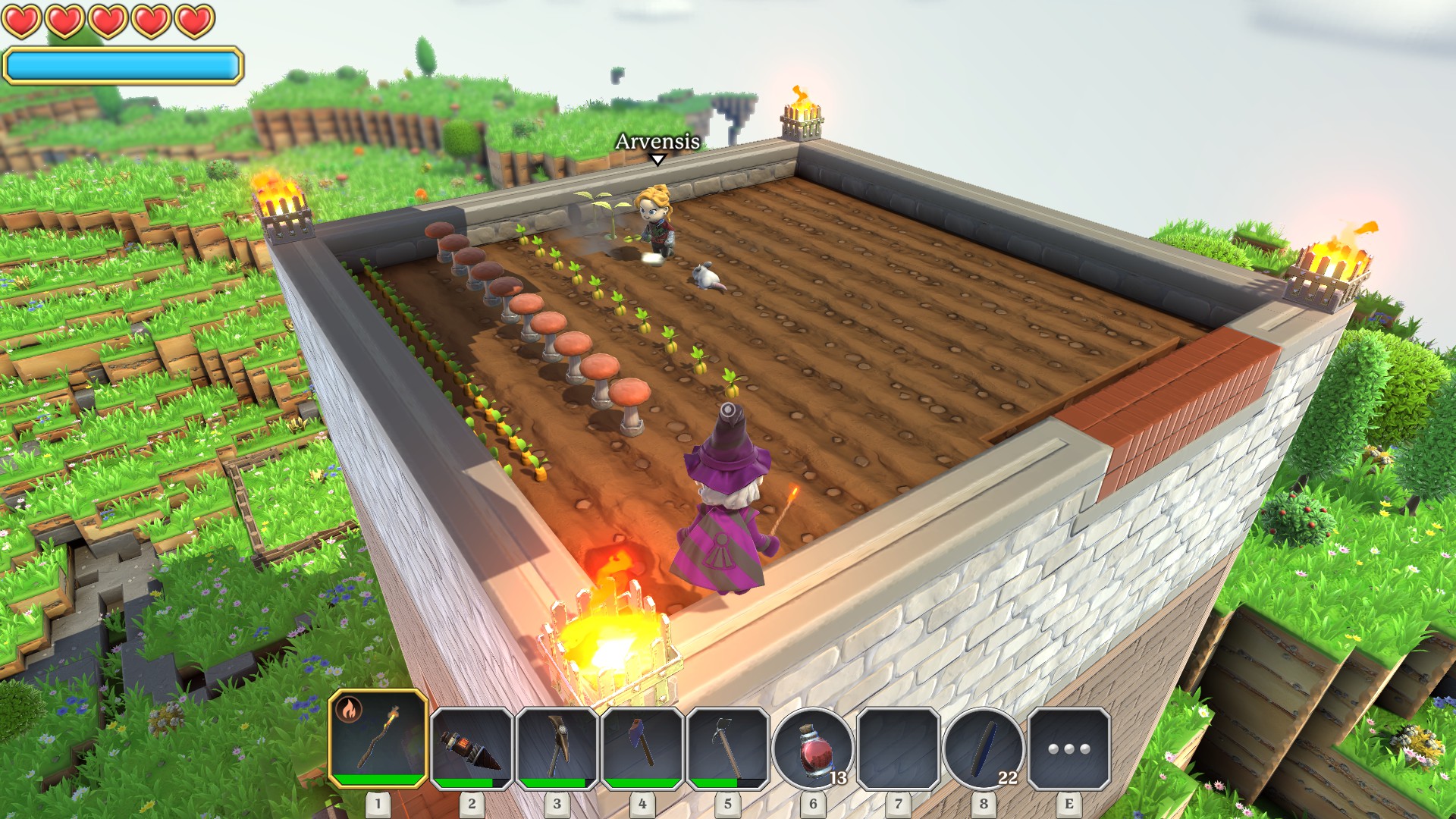 Combat System
Combat design in Portal Knights is based on dodging at the right time and studying the attack patterns of each unique enemy you will face. Enemies of your same level are generally quite tough and if you fail in avoiding their attacks multiple times, you will end up with a quick death. Healing items have a cool-down, so dodging while keeping your distance becomes very important, especially with non-durable classes such as the Mage. The array of skills is quite good, as you can create and learn skills at specialized workbenches. Each skill will cost Mana which can be restored with items or slowly over time.

There are also various types of weapons for each class. For example, the Mage has a Heavy Staff and Wand, the first is more damaging but slower, while the other is quicker but the attack is weaker. A system of elemental strengths and weaknesses is present, and it is important to understand which element is weak compared to the others in order to inflict the maximum damage to each enemy. Items have a series of bonuses and statistics such as Critical Chance, More Health, Critical Multiplier and so on. So, there is also an RPG element to the equipment which adds some depth and build customization to the game.

Content
There is quite a lot of content in Portal Knights. If you want to explore everything and set the maximum size of environments to Large, which is actually an option and gives you more stuff to do and explore, it will take you about 25-30 hours to complete the whole game. The absence of a creative mode for building and design enthusiasts is sorely missed as it would surely give the content a boost. Still, for the price we’re talking about, the content/price ratio is more than decent.

Balancing
Basically, the balance of Portal Knights can be divided into three segments. Firstly, whenever you start a new tier, you begin with the worst items and enemies will be very difficult to kill, making the focus on harvesting and crafting. Second, you will get mid-level stuff and enemies will be quite tough but beatable. Thirdly, you can get the best items at this point in the game and almost all enemies become easy to kill unless they are special ones or bosses. A more refined balance of higher tier gear would have made the challenge tougher but not overly so, this is the only dent in an otherwise good overall balance.

Challenge
The challenge rating for this game is Medium-Low, since it is split 50/50 between Leveling and Gear/Skill. Grinding will mostly be the key to overcome more powerful foes where skill cannot. Personal skill in combat and dodging matters to a degree, but equipment does as well, especially later in the game. 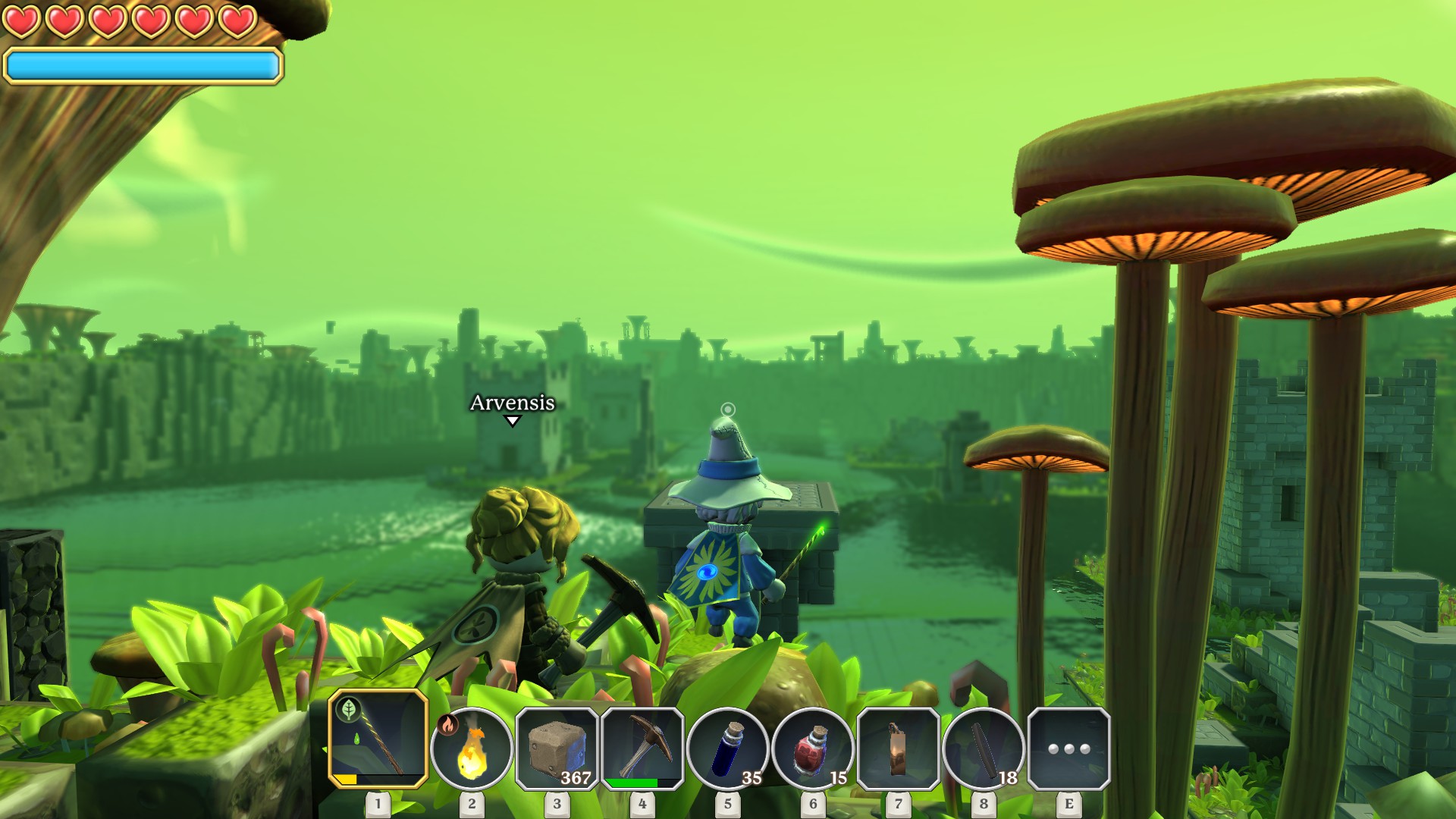 Graphics
The dynamic illumination and shadows are done well. The textures are of a good quality as are enemy and player models. Animations are decent. Overall the graphical and art style is pleasant, colorful, rich and well done. Graphically, the game is above average for a sandbox, block-based game.

Sound
I found the sound effects and soundtrack to be average, nothing either special or bad to mention.

Performance
Voxel-based games of this type matched with an above-average graphical engine often result in being heavy. In this case, optimization is quite good and this game will run even on older systems with a few adjustments. Please keep in mind this game is mostly RAM and CPU intensive more than it is GPU intensive.

Stability
No stability problems to report.

AI
Enemy AI uses a simple attack pattern and follow-based AI patterns. This is common for these types of games and Portal Knights makes no exception in this field. Average, nothing more or less.

Game Quality
The management of the various menus regarding Crafting, Inventory, Quick Toolbar and so on are honestly quite clunky and could use some improvement. The Containers, for example, are quite small in size and many will be required to contain all your resources, especially at the beginning. Also, containers cannot be labeled and there is no way to make any kind of distinction between them. This can lead to organization issues in a base and worsens the overall game quality. Since this game had to be adapted to include controller support, some compromises had to be made in the UI and HUD. A mouse and keyboard specific UI layout is much needed to hasten certain management aspects but is not present.

Bugs / Issues
The world generation can sometimes lead to strange environments and dungeon placement. Other than this, only one major bug was found: when a player interacts with a door opened by another player at the exact same moment, the player who did not open the door yet interacted with it will not be able to attack or use an item for a few minutes. I found nothing else to report. 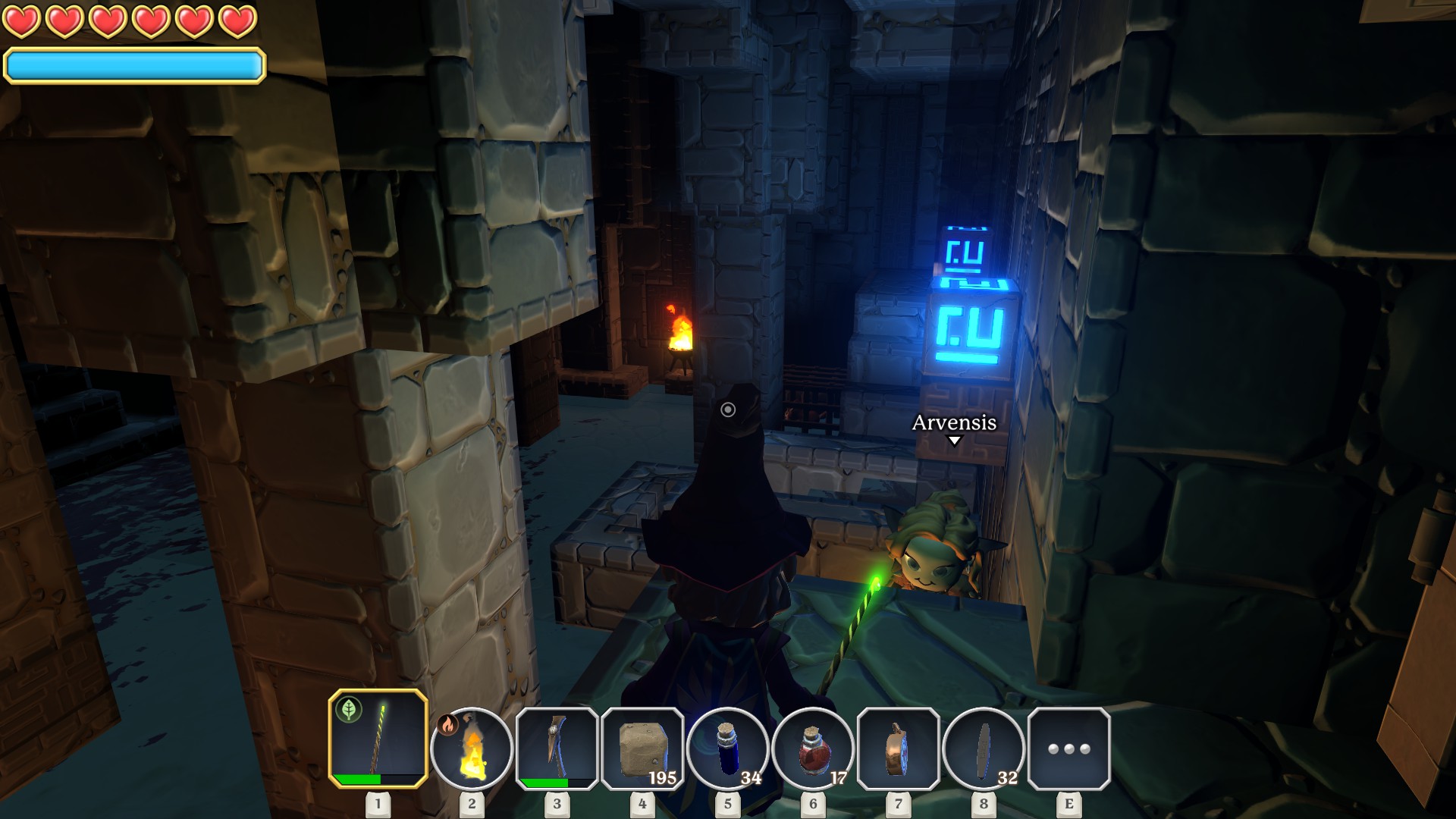