So far, there’s not really a “main story” for it, it is just a non-linear, procedural sandbox where you can roam the galaxy and do whatever you want, from pirating cargo ships, to trading, to building space stations, to mining asteroids for profit, all is possible.

Given everything in this game from ships to stations to sectors are randomly generated, expect lots of variety in what you encounter, this with an already varied loot system, trade system, factions system, working multiplayer and even fleet management system, ensures a lot of content and longevity for being an early access title. 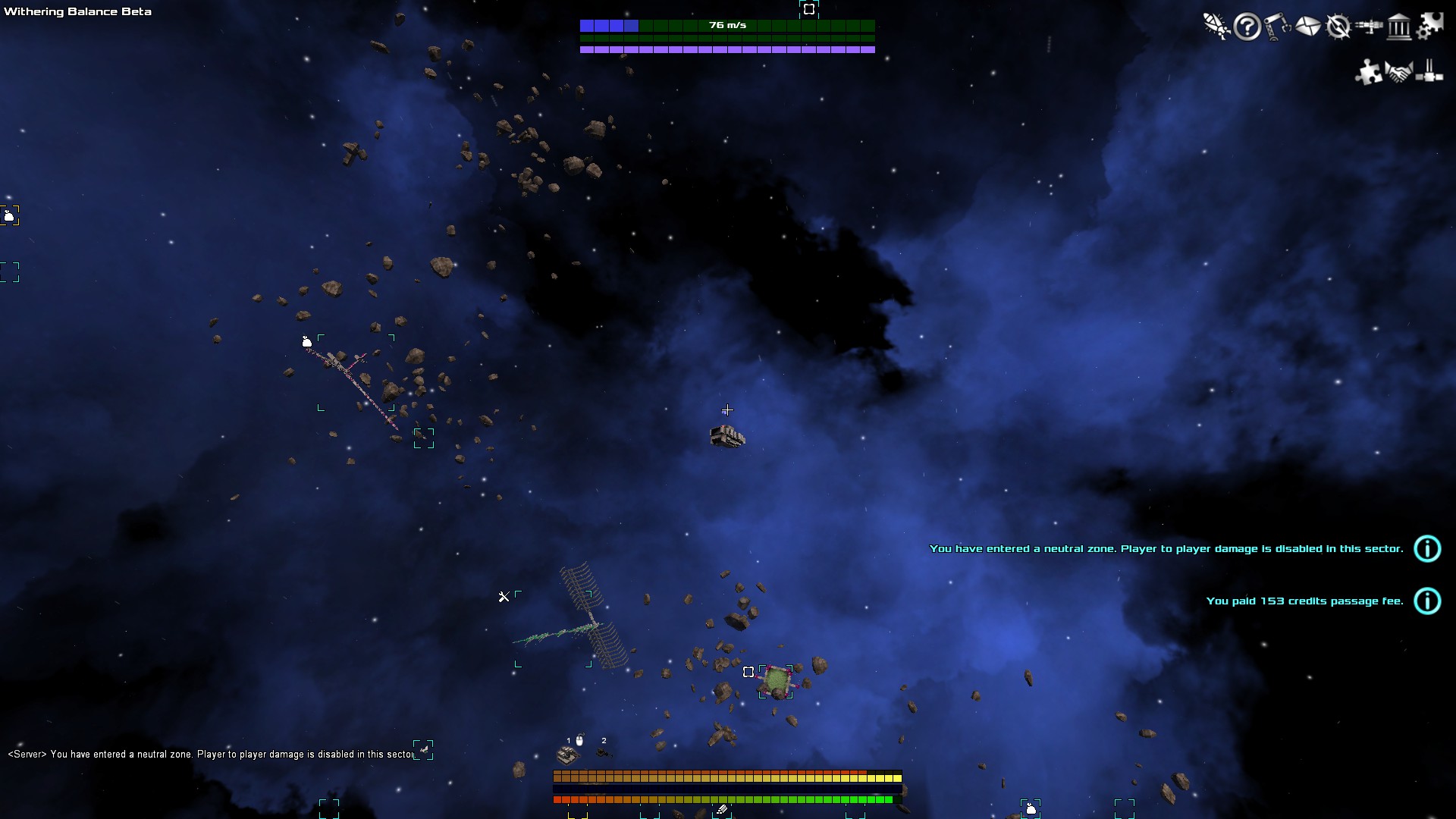 The three main activities in Avorion will basically be Mining, Exploring and Building. Mining is simple and straight-forward, you get mining lasers, mount them, then go for asteroids which have spots on them, different colors mean different minerals, these minerals will be needed to repair your ship and build new parts for it, or just to be traded with some space station. You do not have cargo space for minerals, meaning you can get as much as you want. Exploration is a big deal in Avorion, as to find better equipment, resources, trading opportunities, but also more dangerous enemies, you will have to progress towards the Galaxy Core, upgrading your ship in the meantime, and possibly making some allies. The galaxy is unthinkably huge, there are just so many sectors i didn’t even count them, it will take you a lifetime to explore all of them, and many many hours just to get to the center.

Building in Avorion is really deep and complex already. You will be able to vary the size and shape of your building blocks to create from the most precise geometries to the biggest platforms, adjust scale and grid sizes, or use free mode even, all with rotation, mirroring and advanced tools that will be the joy of building enthusiasts. I have seen some people building insane ships with this editor. You will have to consider many things, like mass, pitch, acceleration, inertia, energy consumption, crew and cargo space, mobility, number of systems and more when assembling a ship, balancing all these things is a delicate and long process that could discourage the more casual players ’cause it’s not very accessible but will reward greatly the dedicated ones. There are many block types to serve many functions, combined with procedurally generated weapons, systems and tools, the possibilities of what you can create are limitless.

Battles in Avorion are pretty stale at the moment to be honest with you, it is just a matter of who has the biggest shields / health points pool and just shoot everything at the enemy until it dies. Of course there is some tactics in it, like targeting enemy engines to not make them escape, but modules can be very tiny or hidden, and without a real scanning / zoom functions on our cannons, it is really difficult to pinpoint a weak system on the enemy ship, and is often better just to fire at will. Consider this still is EA and could improve.

Trading is decent, stations and merchants will only buy what they need and not everything, better relations with a faction result in better prices, there is market dynamics to an extent, like sectors rich in a particular resource won’t buy it / will buy it for less than most other places, and so on, just do not expect complex market dynamics because they are not there yet. Cargo space will often be limiting and dedicated cargo haulers ship builds will be needed if you plan to raid cargo ships and transport the stuff around to sell. 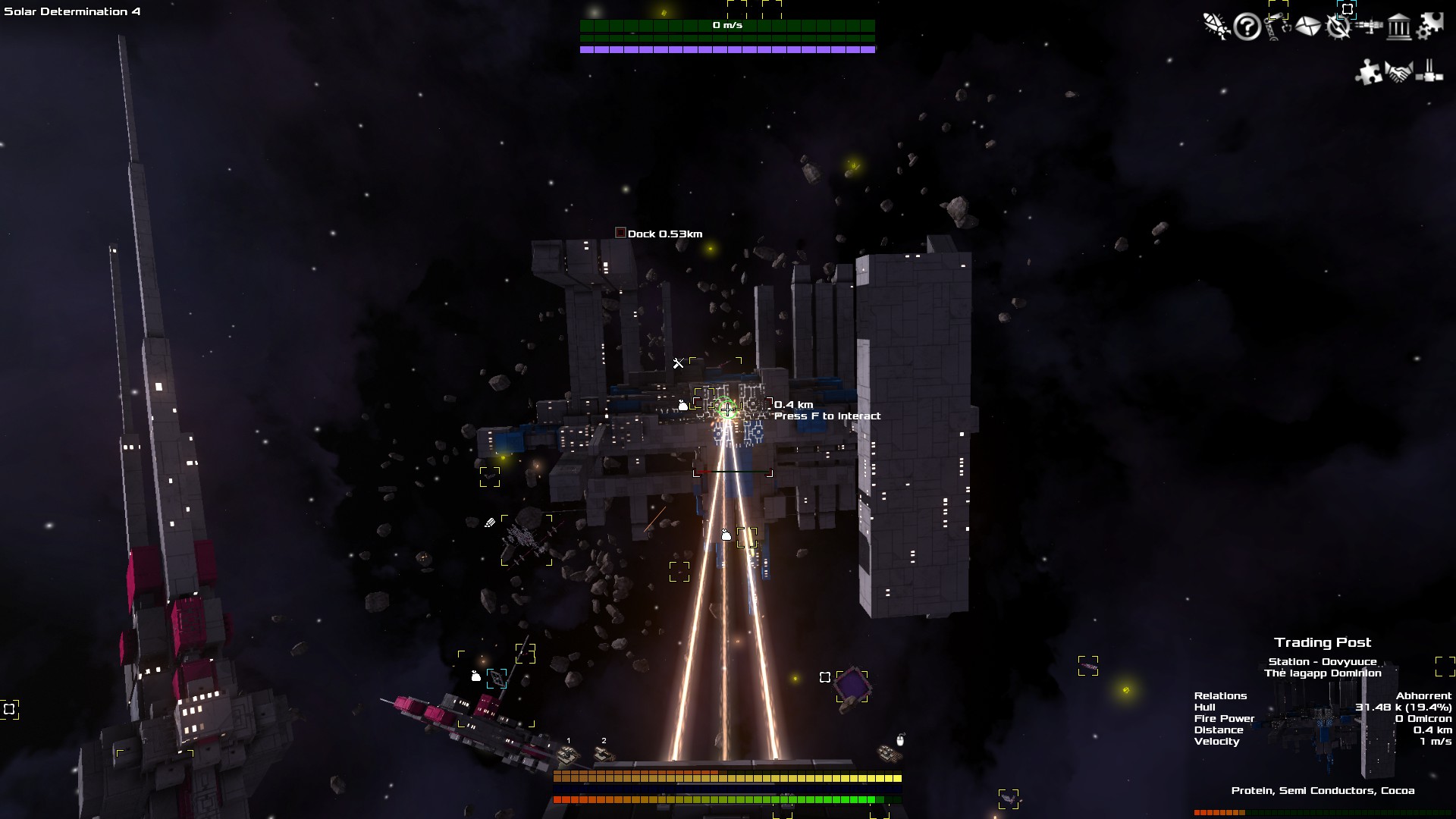 For an EA game, Avorion is technically quite good. Graphics are polished and suitable to this kind of game, there are some bugs but it is acceptable. Mention must be made for physics-based movement and destruction of basically anything, from asteroids to space stations. Inertia will be one of your worst enemies in space.

Sound design if decent, a bit too limited in effect variety but could improve over time.

As far as performance goes, if you keep Super Sampling at a reasonable rate like 1.5x on 1080p, it will run very smooth, if not for some hiccups in performance when transitioning to more densely populated sectors. It should run well on even not so recent machines.

Bugs and problems, i have to say not many for an EA game. There are some, but i never noticed anything major or game breaking.

The technical side we cannot definitively review as the updates to come will surely change it a lot, but for now there definitely is good promise in it. 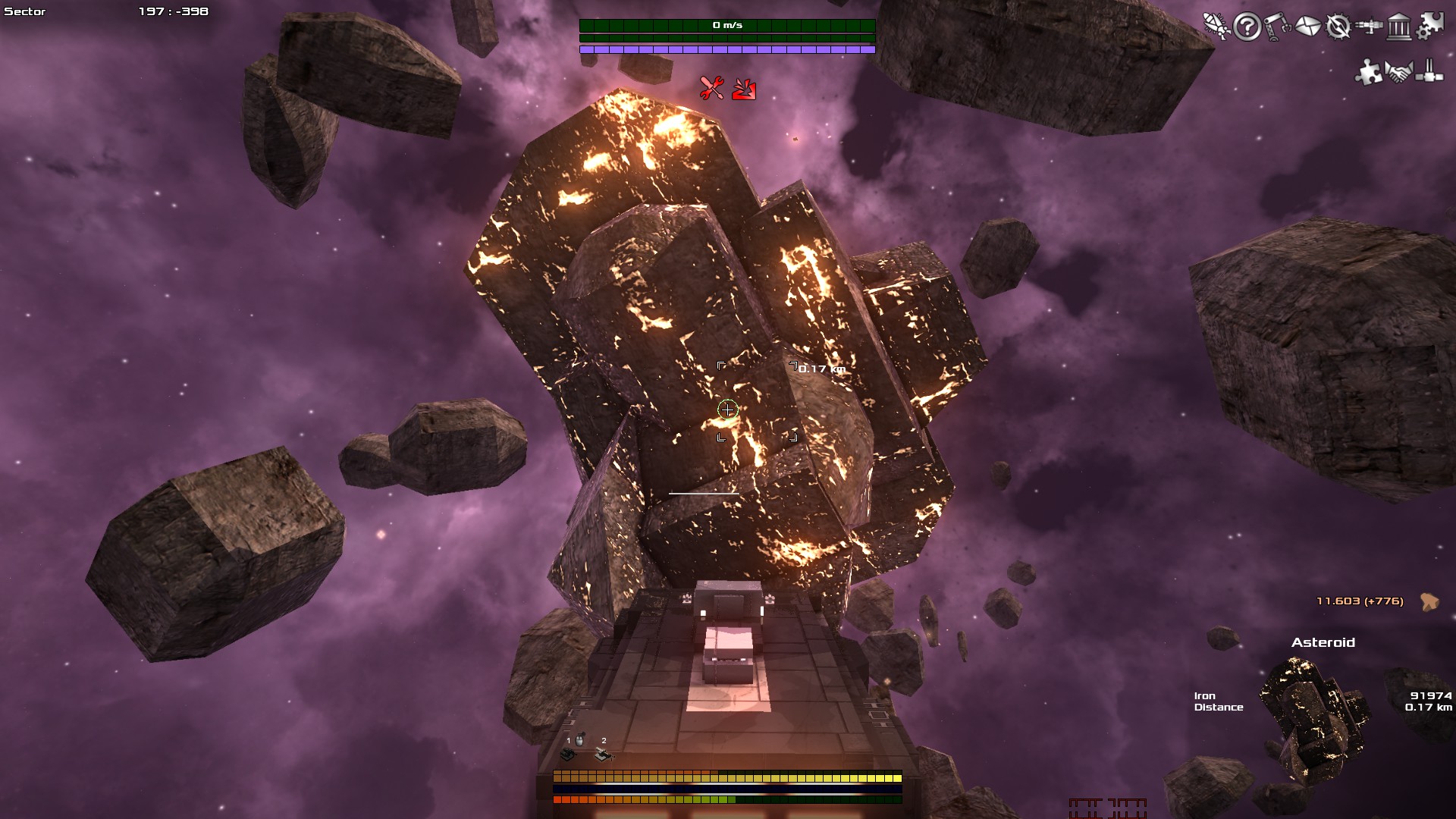 Avorion is a game that if is developed well and keeps going this road, it could become one of the best space sandboxes around, could even rival Space Engineers which was one of the first and one of the best around.

With a fairly accessible but also very deep gameplay, a lot of variety, high longevity and an editor suitable for beginners and expert shipwrights alike, this title has all the good cards to be successful. Keep an eye on it.